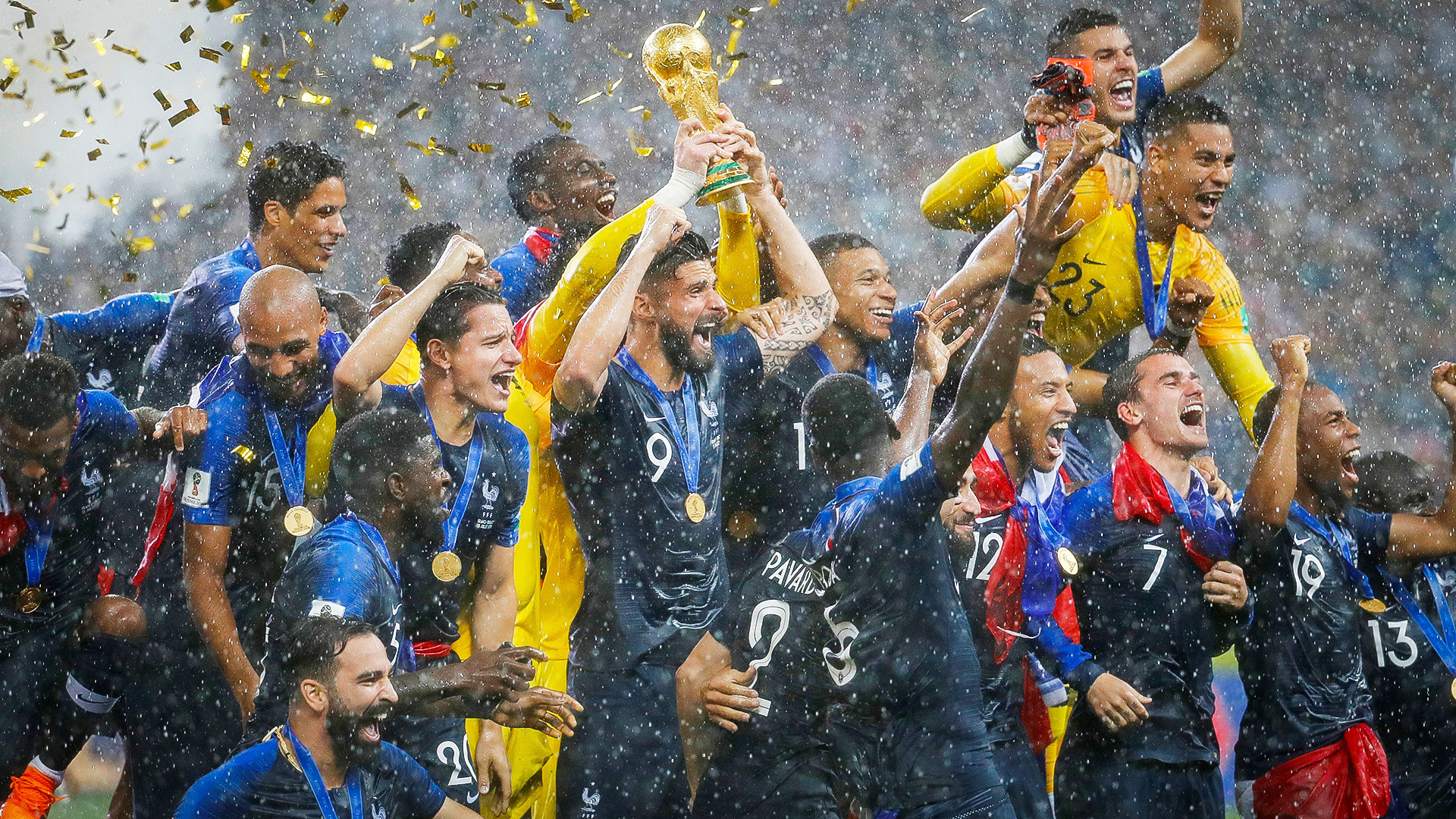 Reuters
The time every football fan has dreaded has finally come, and we have to say goodbye to the 2018 FIFA World Cup Russia. What a tournament it has been! We take a look back at the most memorable and meme-worthy moments that will surely go down in footballing history.

Russia, being the nation with the lowest-ranked football team to ever host the cup, was quick to set the standard with a 5-0 win against Saudi Arabia in the first match of the tournament. Crown prince of Saudi Arabia Mohammad bin Salam attended the match with FIFA President Gianni Infantino and Russian president Vladimir Putin.

Amazingly, this tournament has the record for the most own-goals scored during a FIFA World Cup (12) and penalties awarded (28). Croatia’s Mario Mandžukić was the first to score an own goal in a WC-final, having seen of England in the semis.

Harry Kane equaled Diego Maradona’s record of 6 goals scored as a captain, also winning him the Golden Boot. Some might argue about the way the feat was achieved, seeing as half of the goals came from penalties...

Good luck to #England tonight - and especially to those five brave penalty takers:

The implementation of VAR (Video Assistant Referee) has undoubtedly had an impact on the tournament, but there were still the usual theatrics.

And some unrelated magic by Brazilian goalkeeper Allison.

This is what actually happened when Allison try to pop the balloon 😂 #WorldCup#BRA vs #SUIpic.twitter.com/xqMQhx4nl1

Neymar was quick to become a meme favourite, much thanks to his dramatic rolls. It is estimated he spent some 14 minutes on the ground, making him the star of some of the funniest memes (in the history) of the tournament.

Whoever did this to Neymar can't make Heaven 😂😂😂😂😂😂😂😂 #BRAMEXpic.twitter.com/QzbY3jRhAA

The young Brazilian still has a long way to go if he ever wants to equal the achievements of Ronaldo and Messi, but his memes at this WC are undoubtedly GOAT (Greatest Of All Time) material.

Neymar was not the only player to get “fouled” at the tournament, with Portugal defender Pepe also getting in on the action.

As long as there is no VAR watching the supporters sneaking in a drink, these Colombian fans are happy.

A major surprise came with the exit of Germany, making it the third consecutive time the defending champions were defeated at the group stage, following Italy in 2010 and Spain in 2014.

Too many things not in favour of Germany's stars..... being the defending Champion was one and now this.... pic.twitter.com/PYeFonbf2X

As for the Senegalese team, they might have taken warm-ups to a whole new level.

The Senegal warm-up is even better with Ducktales music. pic.twitter.com/4VvyxeyOC4

Who could have predicted such an early departure for both Messi and Ronaldo (... also known as Argentina and Portugal)?

Yeap.
Both will meet at the Airport.#URUPORpic.twitter.com/VxL551hz65

Spain's sensational loss made it the first time in history that Russia advanced through to the quarterfinals, beating Saudi Arabia and Salah.. Egypt on the way.

Spain are OUT of the World Cup 😱 pic.twitter.com/IM2TfDs96C

Some have even argued it might have been part of a prophecy, finding Akinfeev’s game-winning save over Spain on a cash note.

Russia’s quarter-final loss on penalties to Croatia was surely sad for the millions of home fans following the tournament, but the team’s performance was anything but disappointing.

This might just be the most iconic celebration at the 2018 World Cup.

"I TELL MY BARBER TO CUT MY HAIR THIS TALL" #ESPRUSpic.twitter.com/ENbaz613A0

Some argue the Russian team’s performance was largely helped by an amazing home crowd.

We witnessed England finally winning a penalty shootout, having not managed to do so since their win over Spain in Euro 1996.

It all ended with a loss to Croatia in the Semi-Final, putting a final stop (at least for now) to the “It’s coming home” memes across the internet.

Speaking of popular memes during the World Cup, Maradona was sure to make headlines with his ecstatic celebrations.

Belgium showed promising signs of finally living up to their potential… although, this might not be the best example....

Michy Batshuayi goal celebration: off the post, off the face 😂😂😂 pic.twitter.com/Rv3uh6STKo

… the Belgium striker Batshuayi would later serve us with some world-class self-irony ...

The Croatian fans on their side, might have won as many hearts as their team playing on the pitch.

#WorldCupFinal
I want #Croatia to win #WorldCup coz I don't want this Enthusiasm to upset....#Cro#CROFRA#Fra#FRACROpic.twitter.com/ZaGALgzNH7

In the end, the best team won, and all our congratulations go to France for serving us with some world class football.

Especially 19-year old Mbappe, becoming the first teenager to score in a WC-final since Pele.

… and then there is only one thing left to say, World Cup Russia, we will miss you!

When you realise #WorldCup is over. ☹️ pic.twitter.com/8PDLOuoblN