We need to talk about people’s obsession with ‘Facebook justice’

Lifestyle
Angry Russian
No, being able to complain on social networks about poor customer service doesn’t mean you don’t have to read the rules. 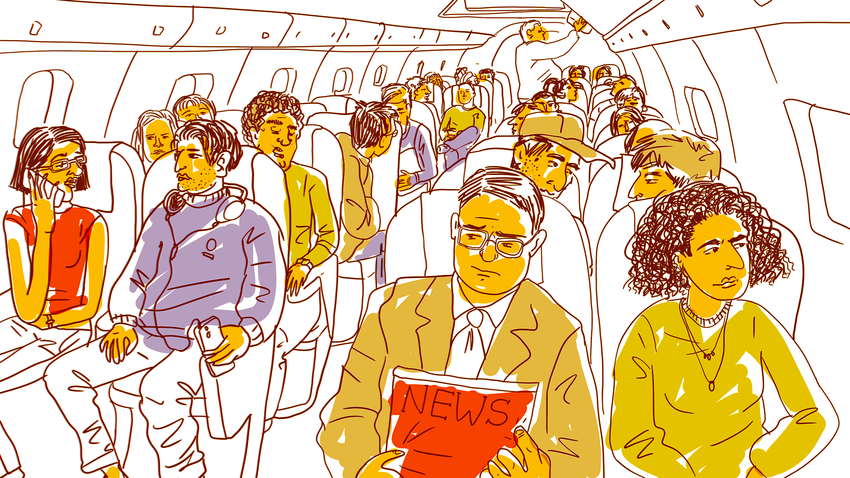 A World Cup happened in Russia recently, you know. Which means airports and railway stations were crowded with people. Not long ago, a woman arrived at one Moscow airport 2.5 hours before the departure time of her flight and still missed it. Who’s to blame for all this? The World Cup? Her own disorganization? No! It’s the evildoers at Aeroflot, obviously! So she rushes to social networks to blame the airline for not letting her board the plane.

“We came to gate 15 minutes before the departure time. The airplane with the gangway still attached was just 10 meters away. The only things that barred us from entering the plane were the closed glass doors and a girl guarding them,” she wrote.

Under different circumstances, I would sympathize with her. But not this time, because when the finer details become apparent it turns out she only has herself to blame. In the comments under her she made it clear she hadn’t realized that boarding closes 20 minutes before departure. And there’s a clear message on every boarding pass about it. This rule is there for a reason. You know, security stuff and all. It wasn’t the girl at the gate being a bitch.

But it’s the new world, you know, the world of mobile communication and social networks, voice typing digital nomads. We don’t need these stupid rules on stupid airplane tickets of stupid airlines! Ge out of my way, and let me in 10 minutes before departure! I’m a human being!

It’s just a single post in a constant flow of angry customers rushing to social networks immediately after they miss their flight. Or when they are asked to pay for additional luggage. Or when they suddenly find out that the airline requests an extra fee for seat selection.

Then there are the people who posted angry memories below the aforementioned post, about planes in Russia being delayed because they were held up for tardy regional governors. However, they fail to remember that each of these cases (there were two in the last seven years) caused public outrage. And what did they mean by posting their grievances? They’re moaning because the airline delayed a couple of flights due to the big boss being late (the airline was forced to apologize for it later)...so now they should wait for every late customer?Ignorance of the rules is no excuse. Dura lex, sed lex. You only have yourself to blame if you don’t read the T&Cs. And complaining social networks won’t fix anything.

The customer is always right but only until his or her comfort collides with other customers’ comfort. Hello, guys. It’s air travel. The rules are in place not to steal your money but to make air travel possible for more people, like introducing light tariffs with no luggage included. And oh my God – the rules are even outlined on the airline’s website. How boring, all those “morons” who actually read their boarding passes are probably the same “morons” who take the time to read things like job contracts. Outrageous.

The author's opinion does not necessarily reflect the position of Russia Beyond... but sometimes it does.