10 Russian losers who tried to steal a car... and failed miserably (VIDEOS) 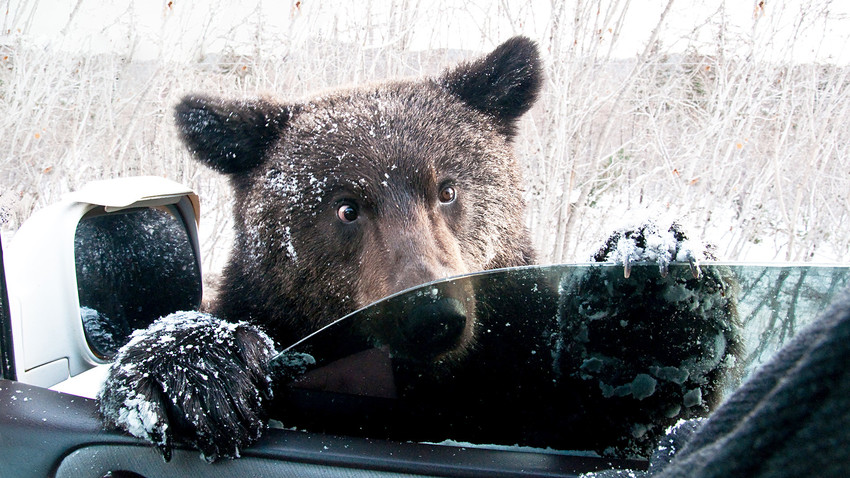 Dmitry Tretiyakov/Sputnik
These guys seriously need to learn the tricks of the trade...

How hard can it be to steal a car? You’d better ask this lot:

In the center of Moscow a 40 year-old man tried to steal a bike from an underground car park, but found a bag on the bike with keys for a Toyota Land Cruiser inside. The thief couldn’t believe his luck. He returned to the car park and tried to start the car, but failed because the engine was locked by a wireless security system. He had to settle for the two-wheeled bike instead. The entire incident was caught on CCTV, which helped police track down the culprit.

In Kuznetsk (Penza region) a bunch of thieves stole a Zhiguli car and went on the run, but they didn’t take the condition of the local roads into consideration. They tried to drive through a big puddle but fell into a ditch and got stuck in the mud instead. In the end the car rolled over and they fled the scene before the police found the vehicle the following morning.

In Yaroslavl they arrested a car washer who tried to steal a Moskvitch car. While the driver was settling the bill, the car washer jumped into his ride and drove off. He didn’t get very far: He was stopped by police officers who wanted to check his documents and it was at this point that a real car chase ensued, just like something out of a movie. The pursuit didn’t last long because the car thief drove into a ditch and now has to pay damages to the owner.

4. When you steal the car, but can’t drive it

In Irkutsk Oblast a car thief decided to drive off in someone else’s Zhiguli, but the police soon caught him on one of the streets. The 21-year-old boy lost control of the car and collided head on with other vehicles.

Schoolchildren in Samara took a video of a carjacker failing to steal an expensive SUV.  The young man opened the car door and sat inside in plain sight. He drove the car several meters and attempted to climb up a flight of steps, which attracted a lot of attention from onlookers.  Failing to overcome the height of the incline, the car thief drove in the opposite direction and abandoned the car near a shopping center.

In Omsk a drunken houseguest stole his friend’s car, but he didn’t get very far in his inebriated state. He pulled up at the side of the road and rolled the car on its side. Local residents, who found the car like this, caught the incident on video.

In Krasnoyarsk a car was stolen with a three year-old child sitting inside. A relative of the child’s father was the culprit. He saw the car, which belonged to a mutual friend, near the house on the street with the keys still inside and decided to drive it around town and take the child with him too. He was under the influence of alcohol, needless to say. When the child’s father and the owner of the car came out onto the street, they found neither the child nor the car and immediately rang the police. They caught the car thief within two hours.

In Krasnodar Krai, a car thief tried to steal three different cars but each attempt ended in failure. The car owner’s neighbor, who became the unexpected witness of his futile attempts, called the police. As the car thief later admitted during his interrogation, he had drunk too much and was seeking a thrill. He failed to open the first two cars, but successfully started the third. However, he couldn’t drive it because it was out of petrol.

In Kemerovo police were unable to track down a local resident who had stolen a car. However, six months later the driver’s son coincidently found a website online advertising the very same car. He went to see the ride with his father and recognized the scratches on the front bumper as well as the same worn out tyres, which the thieves hadn’t replaced over winter. In fact, there were no documents in the car. The father and son agreed to buy the car and turned the sellers to the police.

A camera installed in a local resident’s yard recorded two strangers examining an Infiniti QX50 at night. One of the thieves tampered with the car’s grille for a short while and tried to cut the wires, which set off an alarm. Evidently, the car hijack didn’t take place and the two men fled. Later the thieves returned and tried to pick the lock of the driver’s door. They failed again. They came back with new tools and just when they thought they had succeeded, a second alarm that they’d forgotten to deactivate went off. The carjackers fled in panic and in the morning the owner found holes in the car’s grille, damage to the doors, and strange oil stains on the bonnet.