These Russian biohackers want to live forever - but at what cost? 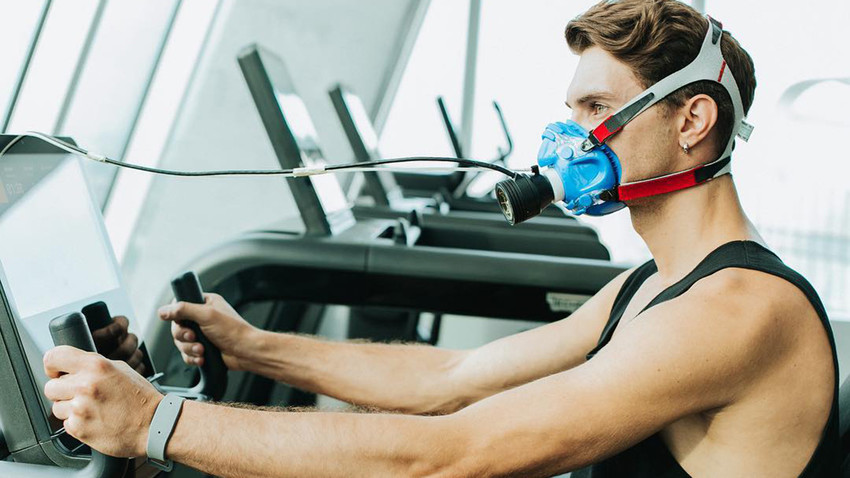 Atmosfera Private Fitness
While scientists all over the world are making slow progress in solving the problem of aging, biohackers are taking things into their own hands. Experiments on worms, flies, and mice have all given them prolonged lives, but now humans are the guinea pigs.

"I like comparing classical medicine to a car repair shop that fixes something that's already broken. The first question that doctors ask is: What’s bothering you? Whereas we are a car tuning shop,” says 28-year-old Denis , a tall dark-haired young man in a T-shirt emblazoned with “Academy 83.” “We are about making healthy people better."

By “we,” Denis means biohackers. In the whole of Russia, there are just 20 people who in earnest describe themselves as such. Previously, they called themselves "transhumanists” - people who are on cheating the aging process. The terminology has gradually evolved, and Russian transhumanists have arrived at the term "biohacking” - not without, it must be said, the help of their American colleagues. Although the name is, perhaps, the only thing they have in common 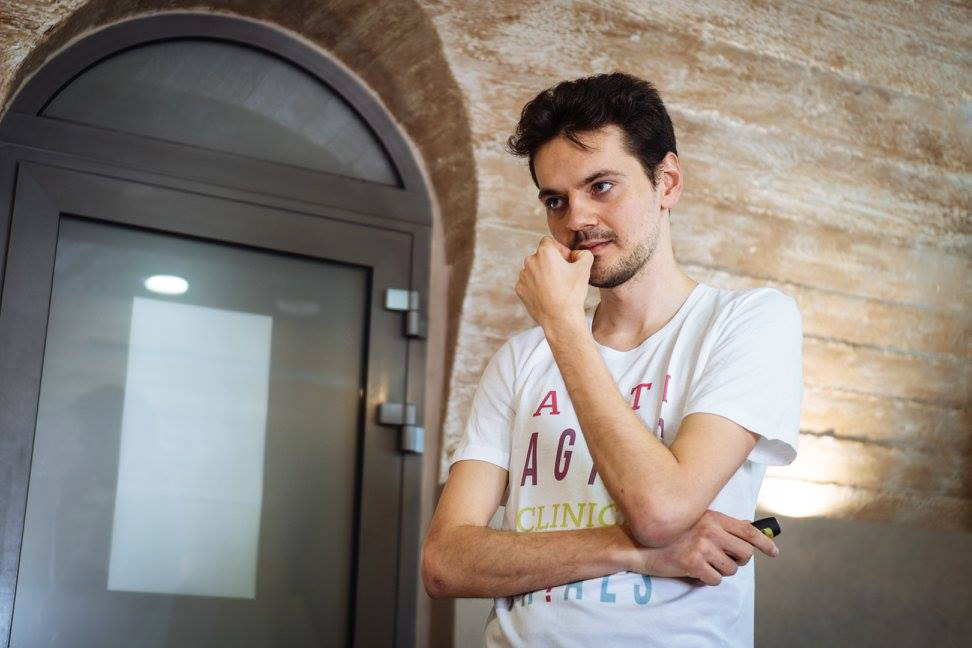 biohackers believe they are special. "In theory, to get medicine, you need a prescription from a doctor. In Russia, the opposite is true. Here almost any substance can be bought in a drugstore. That's why here everything is possible," Denis explains. If the West is, as a rule, about gadgets and beautiful infographics created by gadgets, about giving up sugar and reducing stress, biohacking Russian-style is a cult of check-ups (constant monitoring of one's biochemical indicators) and experiments with drugs.

Two years ago, Denis was a bit of a couch potato: No sport, just a bit of jogging at best. He had health problems and was going nowhere fast. These days he’s the co-founder of a biohacking laboratory at the Moscow fitness club Atmosfera Private Fitness: Two upper floors in the Empire Tower in Moscow City, not to mention more than a dozen customers from the Forbes list. Everything is based on numerous surveys and is ultra-modern: A combination of sports and "therapy." When Denis started to "upgrade" himself, in a matter of six months, his body indicators were already on a par with those of an accomplished athlete. However, whatever little information about biohackers gets reported in the media, it is almost always extremely negative: Biohackers are “freaks without medical education, who are sowing chaos in science and killing themselves with their own experiments” - if you believe the hype.

Nevertheless, these people believe they will outlive this century.

About  a magic pill

– “But not now, right? I too am not saying that if somebody fires an assault rifle round into me, I won't die. If I am run down by a car, I will die,” says a man in a dark navy suit. He sips from a glass filled with a Vitamin C solution. “But still I am not planning to die.”

A gray five-story building in eastern Moscow, two security posts outside. Inside is an office of an international outsourcing company. We are in the office of its chief financial officer (CFO). He is 35, his name is Stanislav Skakun, and he’s a biohacker. The walls of his office are hung with all sorts of diplomas and certificates – not in biohacking but in corporate finance. The only thing that betrays a biohacking presence here is a tin with taurine and a couple of other drugs sitting by the printer in the corner. The rest is quite typical: A leather armchair, a large monitor, a clear desk - nothing superfluous.

For the past three and a half years, this man has been running what is perhaps the world's biggest experiment in self-digitalization, for which he has already been compared to the U.S. biohacking star Chris Dancy. But if Dancy is a cyborg, Skakun is the complete opposite. Every day he drinks 35 medications and spends four hours reading scientific articles. He has a large Excel spreadsheet, which records some 760 body indicators and about 8,000 biomarkers (hemoglobin, cholesterol - everything we consist of). He has read and made notes on 15,000 scientific articles. What he is doing is called a "quantified self," a term coined in 2007 by the editors of the American magazine Wired. The body is a biochemical machine and by taking different substances, one can achieve various spectacular effects. Since the start of his project, Stanislav has conducted about 120 experiments on himself with various drugs and dosages. 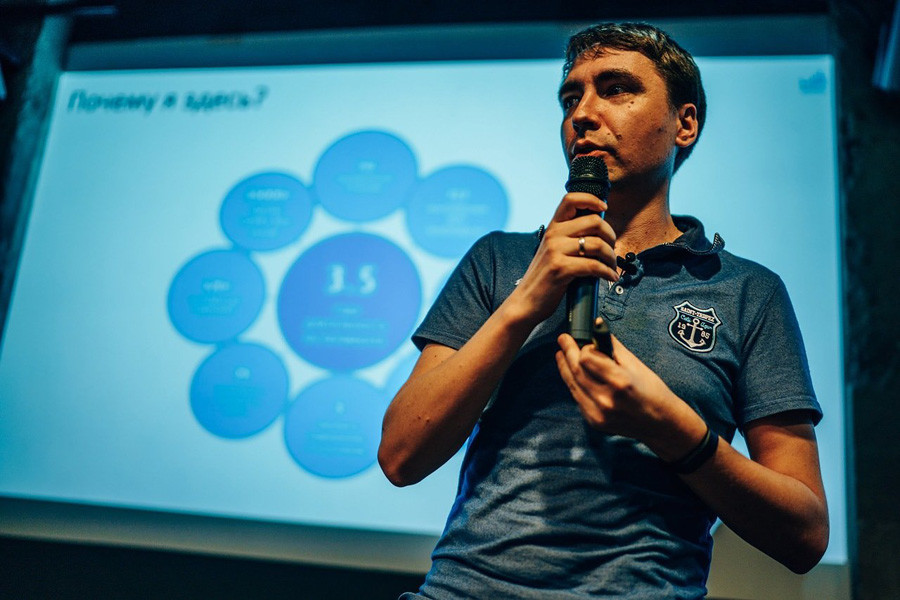 "For example, I took metformin. It’s a drug for people with type two diabetes" - Stanislav opens his data spreadsheet with a list of biochemical indicators (known as "the panel" in speak), from lipids to proteins, enzymes to trace elements. The amount of figures is dizzying. Some are in the gray zone (the norm), some are in the yellow (risk), and some are in the red (something went wrong).

The thing is that Stanislav does not have diabetes. Many in the biohacking global community are convinced that metformin prolongs life. That is why they take it. "Diabetics who took metformin lived on average seven years longer than healthy people who did not take it. That gave reason to believe that metformin is the first cure for old age," says Stanislav. There is, however, a side effect: Metformin treats diabetes but causes early dementia and even Alzheimer's and Parkinson's. We do not know why this happens. One possible reason could be that the drug blocks the metabolism of vitamin B, which is necessary for the normal functioning of the brain.

What’s to be done? Stanislav looked at the spreadsheet, saw what was happening, and chose a dosage of vitamins, eliminating the side effect. At the same time, he reduced the risk of cancer – it turns out that the wonderful diabetes drug makes a difference there too. "Metformin reduces the likelihood of cancer because it reduces the rate of cell division in the body. I had that rate reduced and I removed the side effect in the form of dementia. I consider this a successful experiment," he says triumphantly.

He’s convinced that his biological age is 26 and that his experiment will prolong the aging process. To my surprise, he says in passing: "I strongly advise against trying biohacking."

How not to die

In April, the media around the world reported the death of a 28-year-old American biohacker, Aaron Traywick, in a "float pod" (an indoor pool with very salty water). Few, however, pointed out that it was an accident rather than the result of yet another experiment. Some caustic comments appeared on social media: "The biohacker fails to cheat the body." A month earlier, in an onstage public Traywick injected himself with an experimental herpes vaccine 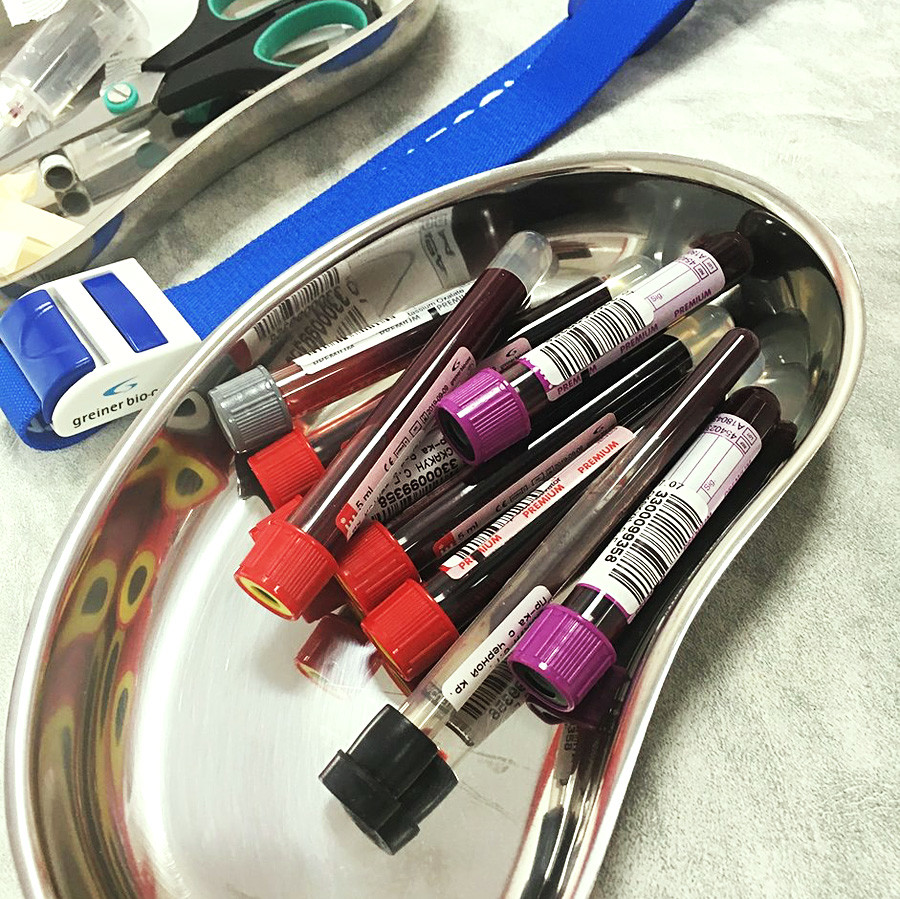 Since the start of his project, Stanislav has conducted about 120 experiments on himself with various drugs and dosages.

disagrees: Traywick died in America, known for its passion for psychedelic substances: "In the float pod he was under the influence of the drug ketamine, he fell asleep, turned upside down, and drowned. That had nothing to do with his injections against the virus."

Luckily, there have been no deaths among Russian biohackers, yet. Possibly because they are "conservative,” says Skakun, and have never even contemplated injecting themselves with homemade vaccines. They value scientific evidence and absolute control. But even with a setup like this, it all looks more like a game of Russian roulette or poker.

"Ninety-nine percent of poker players lose and are out. Biohacking is not a science, it's a hobby. All the results have been obtained in relation to one person. Everything I am doing to myself is just a hypothesis. At any moment, something may go wrong," he says.

Stanislav even pledged to grow old "live on air." He wanted to make the data on his experiment public. One of the reasons was the creation of a new service, something like a biohacking start-up. He wanted all the information about a body - from genetics to growth - to be stored in one place. Just like all about a company can fit in a single 10-page report. But Stanislav will not do this so long as he remains the CFO. If you’re wondering why a financier in Russia cannot be a biohacker, the answer is simple: The company's reputation. There’s no knowing how the customers and shareholders would take it.

"Everybody thinks that biohackers are dudes who constantly take pills, cut themselves, insert devices into their bodies, and this is what their day consists of. This is utter nonsense!” says Stanislav. “For 90 percent of the duration of the experiment, I just sit in front of the monitor." 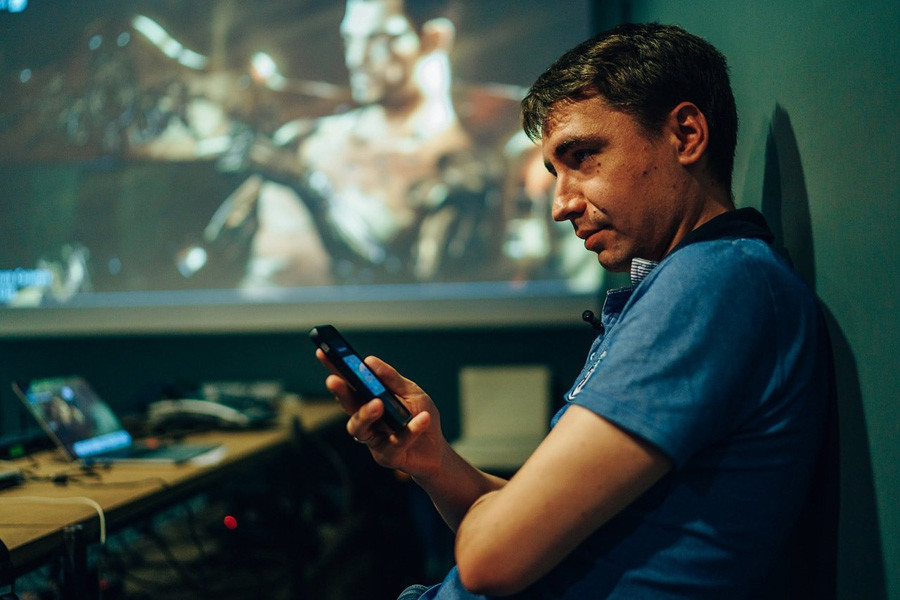 Scientists can already extend the life of a tenfold and double the life expectancy of a laboratory mouse. So far, it may not look as encouraging as biohackers would like it to be. But they believe that already in this century a human being will surpass the genetically defined life limit of 120 years.

I ask Stanislav how many years he needs. Judging by the expression on his face, he does not like the question. It’s as if he had delivered a long speech but was still not understood. "In fact, it does not matter,” he replies. “What matters to me is to live a full life here and now. If one day I open my eyes and realize that 5,000 years have passed, it is not a problem. We have two choices - we can die fighting or we can die on our knees."