Why did Russians drink champagne on Mont Blanc? 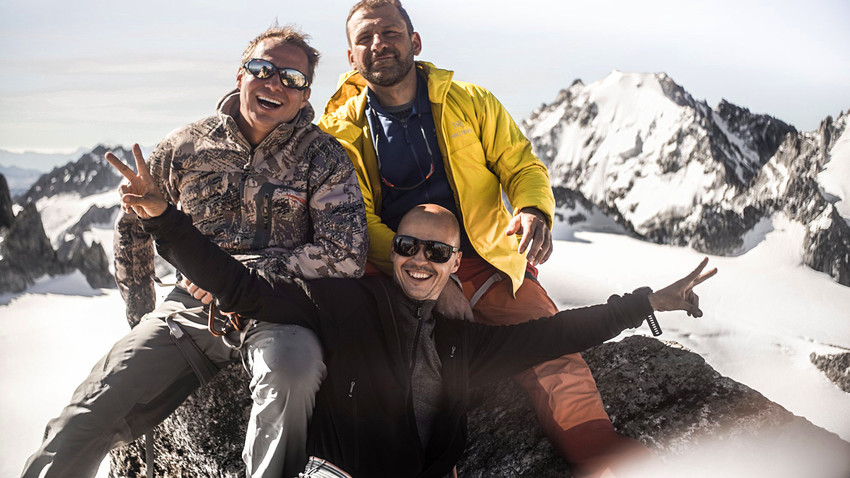 Dmitry Volkov
Friends and successful entrepreneurs shocked a British journalist with a birthday celebration on the way to one of the highest points in Europe. Was it really so crazy? The birthday boy, Dmitry Volkov, explains what happened.

Alcohol isn’t something that mountaineers usually take on the ascent. The problem is not only the extra weight, but also the potential for mountain sickness that might be deadly.  Still, some Russians are not daunted despite the elevation of 12,523 ft (3,835 meters). A small party, complete with champagne, shocked a Daily Mail journalist, who wrote that it was “certainly not the type of pre-summit preparation I'd been taught about.”

In the Motherland, the news quickly circulated in the media, which hyped it so as to prove the invincible Russian spirit. Some members of the public even suggested that the alpinists should have drunk vodka instead of champagne. But was it really as crazy as it seems? And who are these bad-ass Russians? 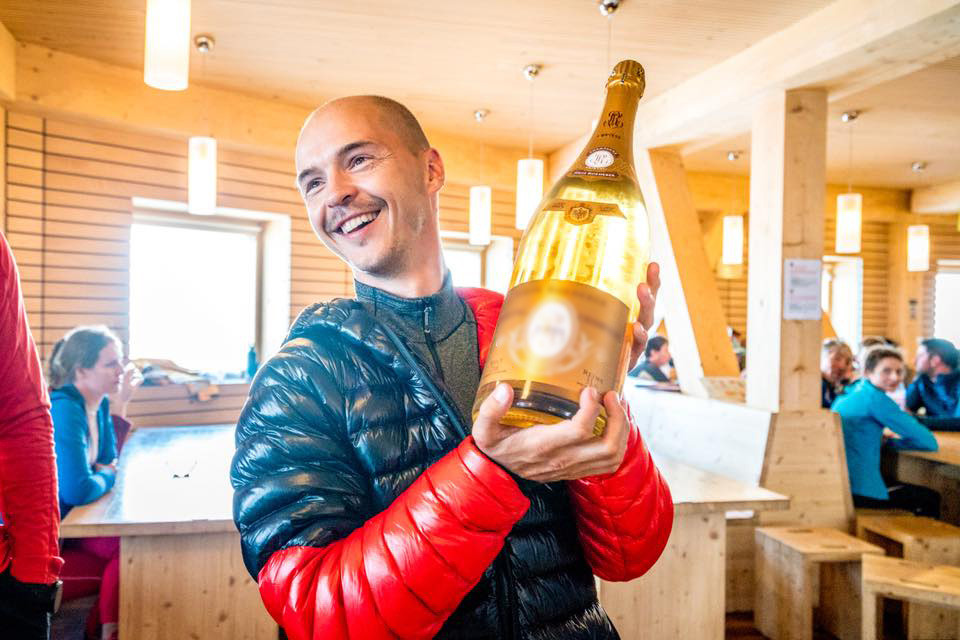 The “unmasking” of the mountaineers' identity didn’t take long. The men turned out to be a group of entrepreneurs who came to Mont Blanc to celebrate the 42nd birthday of their friend, Dmitry Volkov, a Moscow-based businessman and co-founder of SDVentures investment holding. He organized the expedition and invited his friends: billionaire Igor Rybakov; Oskar Hartman, who is the founder of the popular online shopping club, KupiVIP; and Roman Fingelkurts, the CEO of a heat and gas company, and whose birthday is the same day as Volkov.

“Normally, I barely drink, but on this day it was a special occasion and we ordered a 3-liter bottle of Cristal champagne, specially brought to the hut on a helicopter, costing us 5,000 euro. I don’t know what kind of conclusions the journalists made, but we couldn’t finish it by ourselves, even though it was 12 of us plus six guides. It’s not a good idea to drink alcohol on a mountain top since it fosters mountain sickness, but in small amounts it’s not dangerous,” Volkov shared in an interview with Lenta.ru. “That’s why we shared the bottle with all tourists in the hut. There were around 50 of them, including the mentioned British travel journalist.” (link in Russian)

The businessman also noted that taking a bottle with him up the mountain, rather than ordering it by helicopter, wasn’t an option. Despite all the preparations, he couldn’t carry the 4 kg bottle: “Every kilo on the mountain feels like a ton, and I already had to carry a backpack, equipment, and etc…The helicopter wasn’t a luxury, but a forced necessity.” 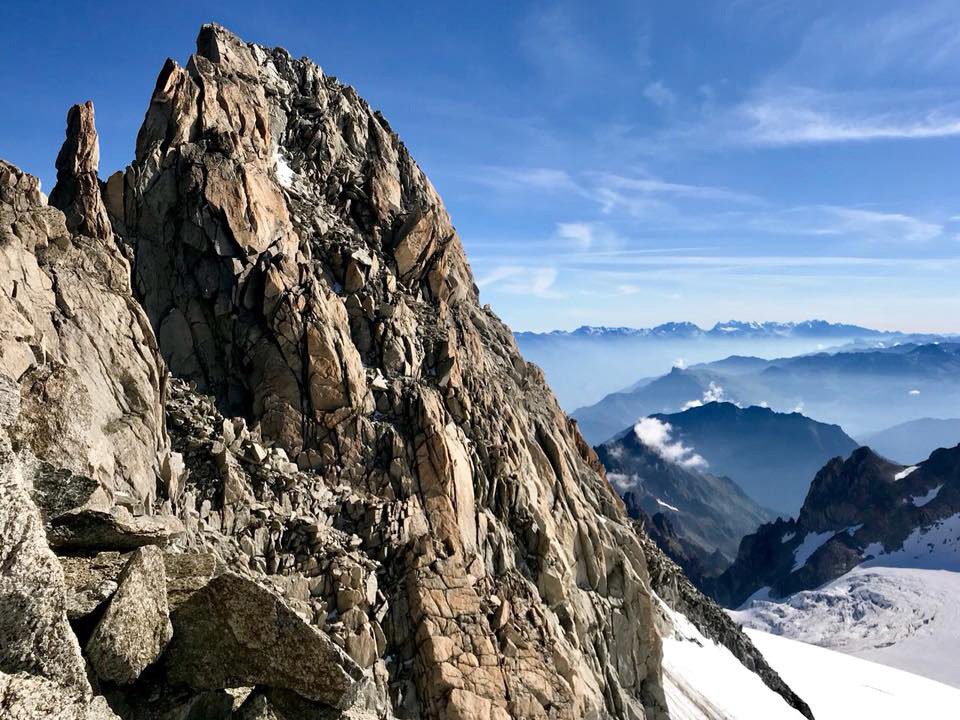 For Dmitry and his friends, Mont Blanc wasn’t their first ascent. They all have passed training, were motivated and had the best equipment available. Dmitry said that he often does things that might seem risky for others, but he still prefers taking only justified risks, leveraging his abilities and potential problems.

Apart from mountaineering, he holds a Master of Sports in karate, goes downhill skiing, loves swimming and boxing and occasionally tests his nerves with skydiving, ice diving and flying a helicopter. Sports, however, isn’t his only hobby, and he said that about 60 percent of his time is spent focusing on his business, while 30 percent is spent doing research about the freedom of will in the context of determinism (he is a Doctor of Philosophy!). In addition, he is involved in various art projects - he participated in Burning Man festival - and plays jazz. 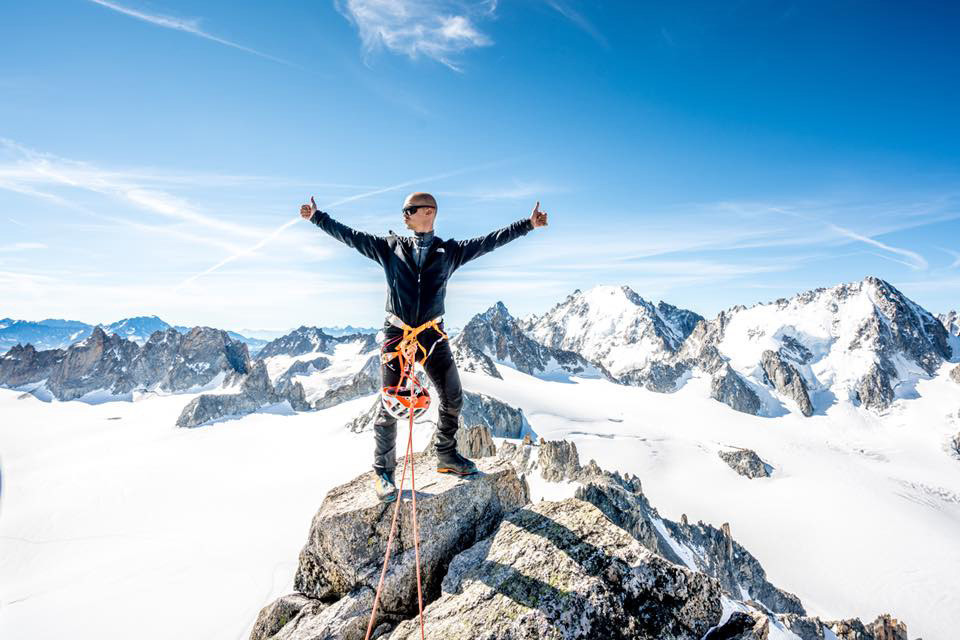 Money is not everything

“When I am asked why I keep going and growing, I say that I simply love life. I have passion for life,” Volkov admits. Right after the Mont Blanc expedition he participated in the Gumball 3000 rally (London-Milan-Osaka-Tokyo), both as a driver and as a sponsor.

One might say, “well, if I had that much money I'd do all these things,” but it’s not money that gives Volkov freedom.

“A not-so wealthy person can also be free. This freedom reflects itself in the freedom of mind. I don’t see a connection between big money and freedom even though it does, of course, require a certain minimum amount of money,” he argues.

“Freedom allows one to make money. Every profession requires one to be an entrepreneur by making 150 percent of every opportunity. A doctor, for example, can open his own clinic. There are surgeons that make millions. The devil is in the details.”