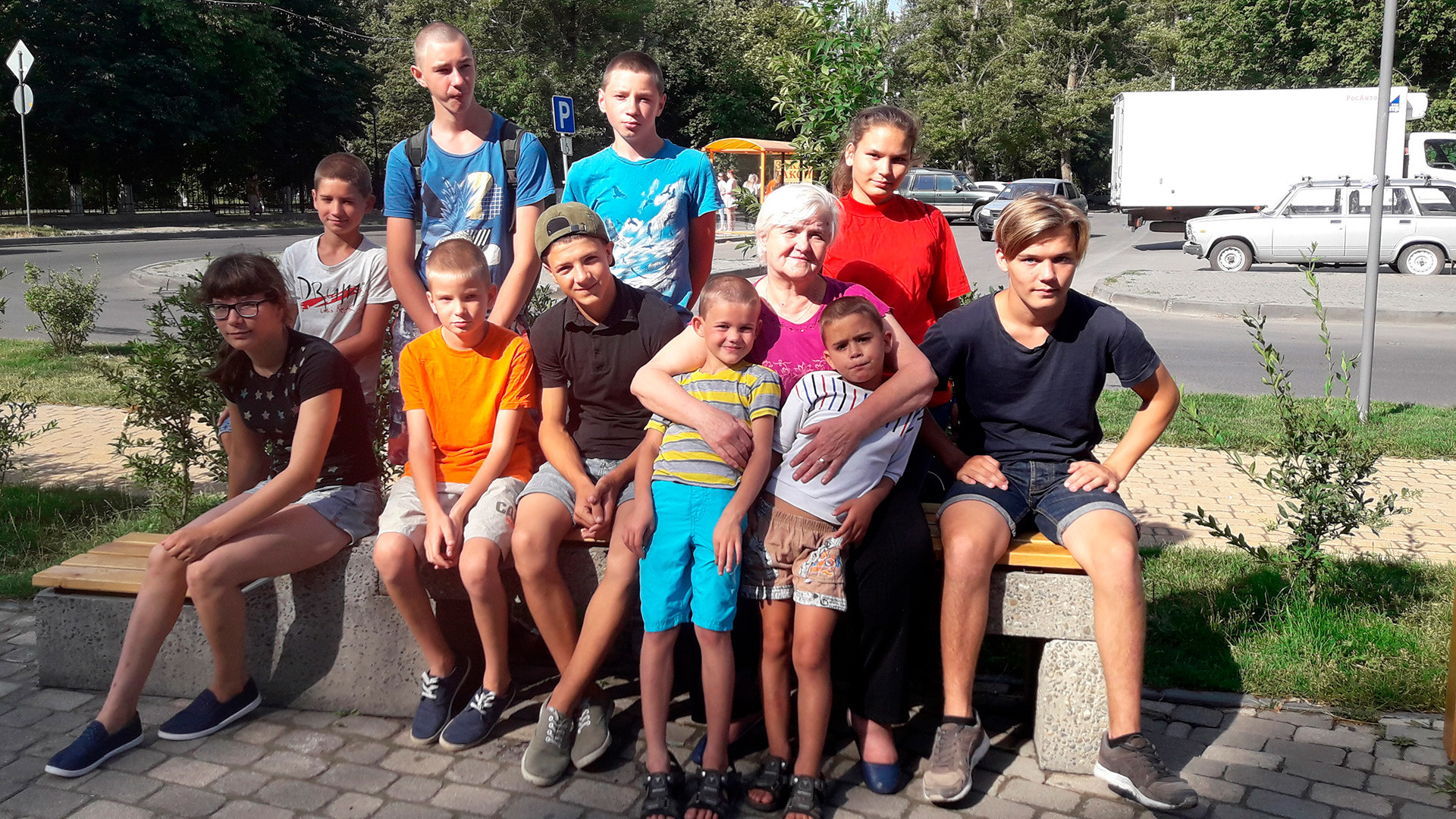 Tatiana with some of her children (June 2018)

Tatiana Sorokina
Over the last three decades, Tatiana and her husband have cared for 79 adopted kids, as well as two of their own.

The house of the Sorokin family in the village of Rassvet (Rostov region, southern Russia) looks like any other house in the neighborhood. It’s a two-story building surrounded by a garden with a metal gate. At first sight nothing gives away that it’s home to the largest family in Russia, who has  adopted and raised more than 80 kids.

“Currently I live with 15 children (11 boys and four girls),” says the matriarch of the family Tatiana Sorokina, 67. “Three of them are studying in the academy, two older boys (18 and 20) are at university, and others are living with their own families.”

As she explains, as many as 81 kids have lived in her family over the course of the last 30 years, with a maximum of 23 people living together under one roof in 1991-1993. How is this possible and why take in so many children in the first place? The heroic mother shares her story with Russia Beyond. 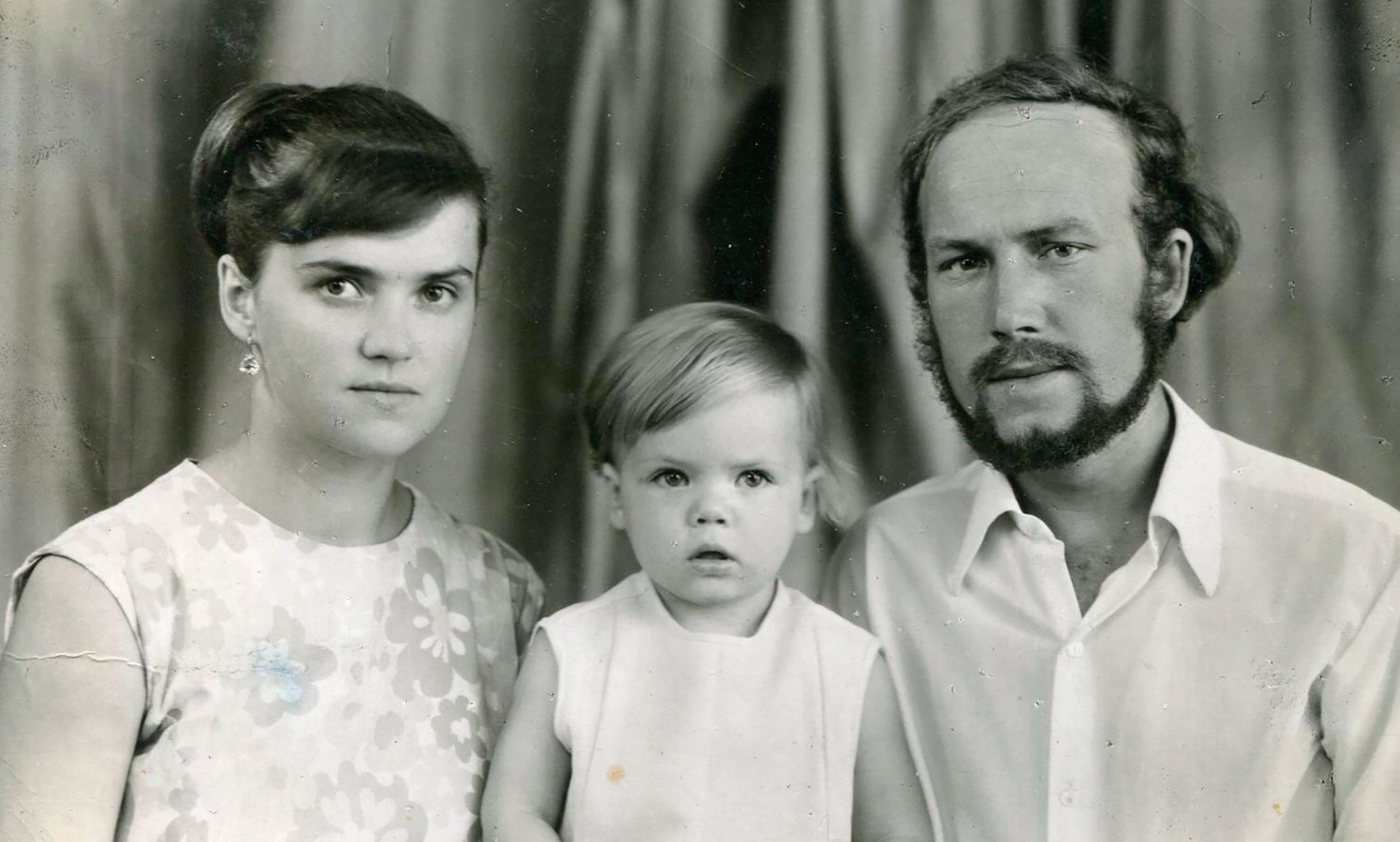 Tatiana, Mikhail and their daughter Anna (1972)

Everything started in Makhachkala (1,893 km south of Moscow) in 1968 when 18-year old Tatiana met her future husband Mikhail Sorokin, 23. He grew up in an orphanage, so for him starting his own family was important. While they were both holding down jobs Tatiana gave birth to Anna (1970) and a little while later their son Ivan arrived (1973). Unfortunately the boy was struck down with a serious illness and after a doctor’s mistake, was left disabled.

Even though the parents didn’t plan to adopt kids, destiny had other ideas. They left Makhachkala to seek work in Volgodonsk and on their way there, stopped in the town of Tsimlyansk. There they shared an apartment with a woman who asked the Sorokins to look after her one-year-old daughter while she went to “seek a better life.” The woman returned five years later and decided to put her girl into an orphanage, at which point the Sorokins took her back into their care.

This was only the start. In the following years they adopted not only orphaned kids but also those with disabilities, including three boys who required face surgery and three girls poisoned by radioactive radiation. In 1989, with 11 adopted kids and two of their own, the Sorokins became one of the first families in the Soviet Union to receive the so-called “family orphanage” status, a state initiative to give kids an opportunity to live in a real family rather than an orphanage, and without having to go through the official adopting procedure. 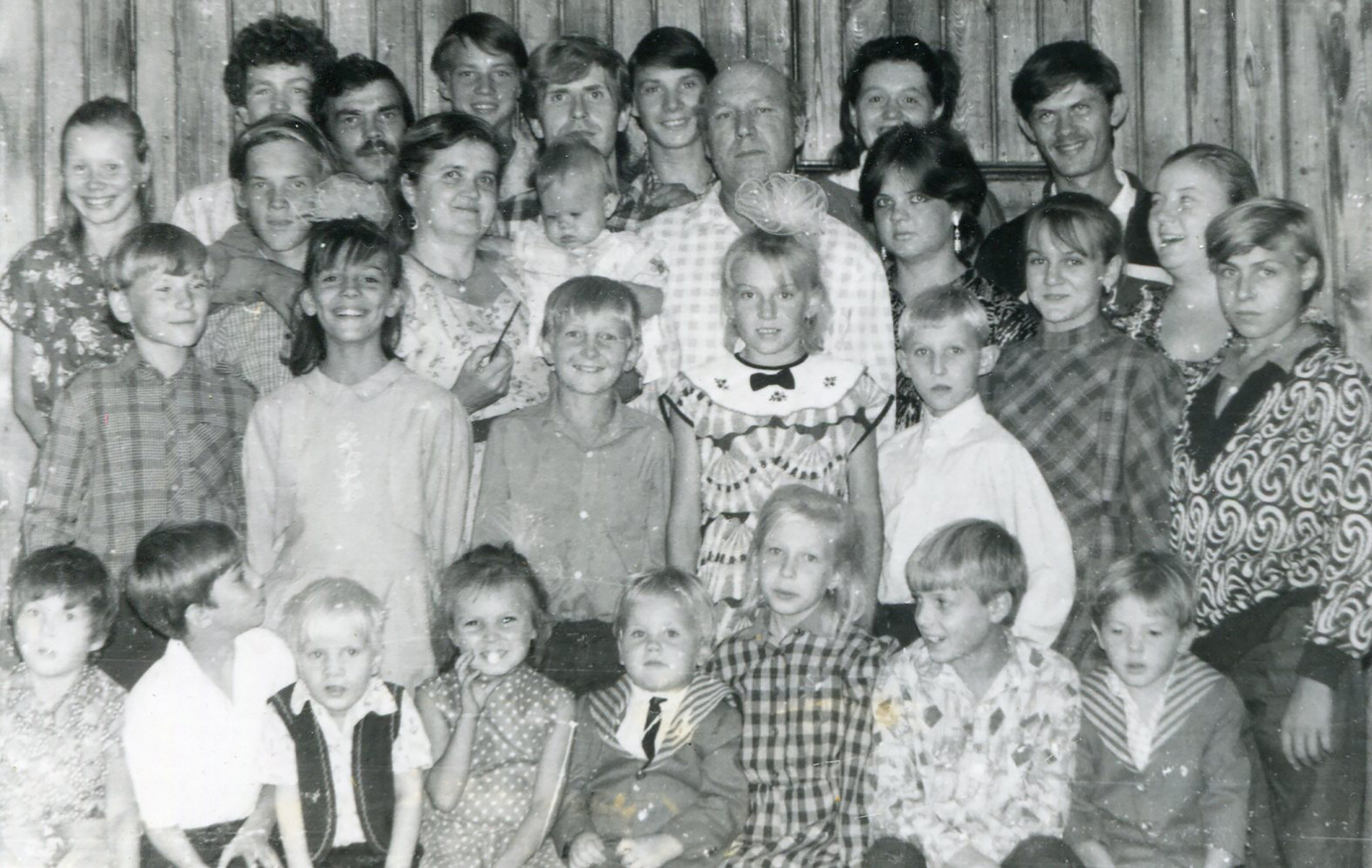 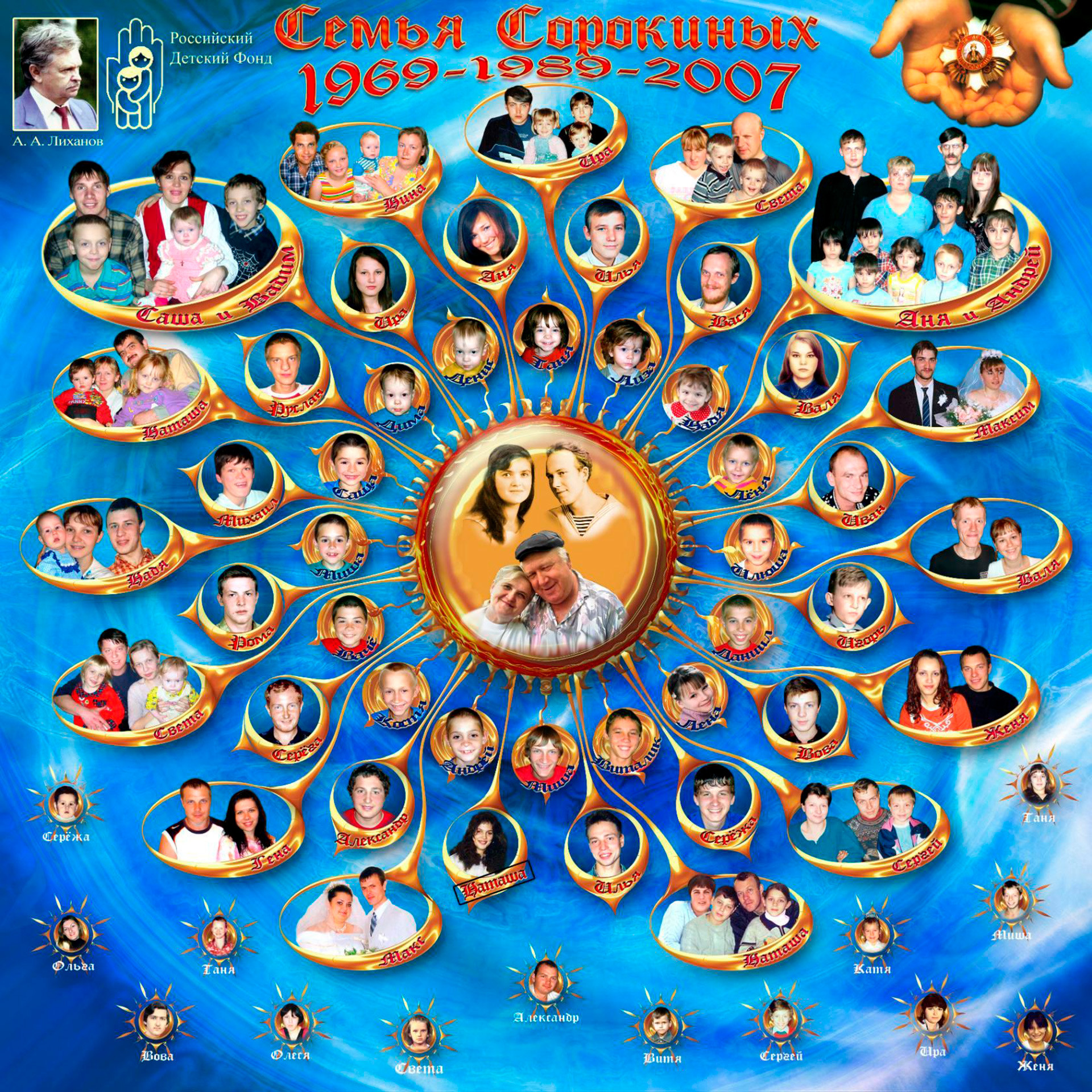 Local authorities and the Russian Children’s Fund supported the family one way or another. In 1990 the family moved from a three-room apartment in their own house and received a minibus provided by the fund. In 2002 they got a new vehicle, which they eventually swapped for an eight-seater. Unfortunately in 2015 the minibus was involved in an accident and written off.

“We do need a minibus, because we simply can’t go anywhere...Kids often have nothing to do in the village during holidays,” Tatiana said. “I bought them some sport equipment, at home they play table tennis, at school they play  football l, but it would be really nice to take them fishing, hiking, or to visit other families with adopted kids.” 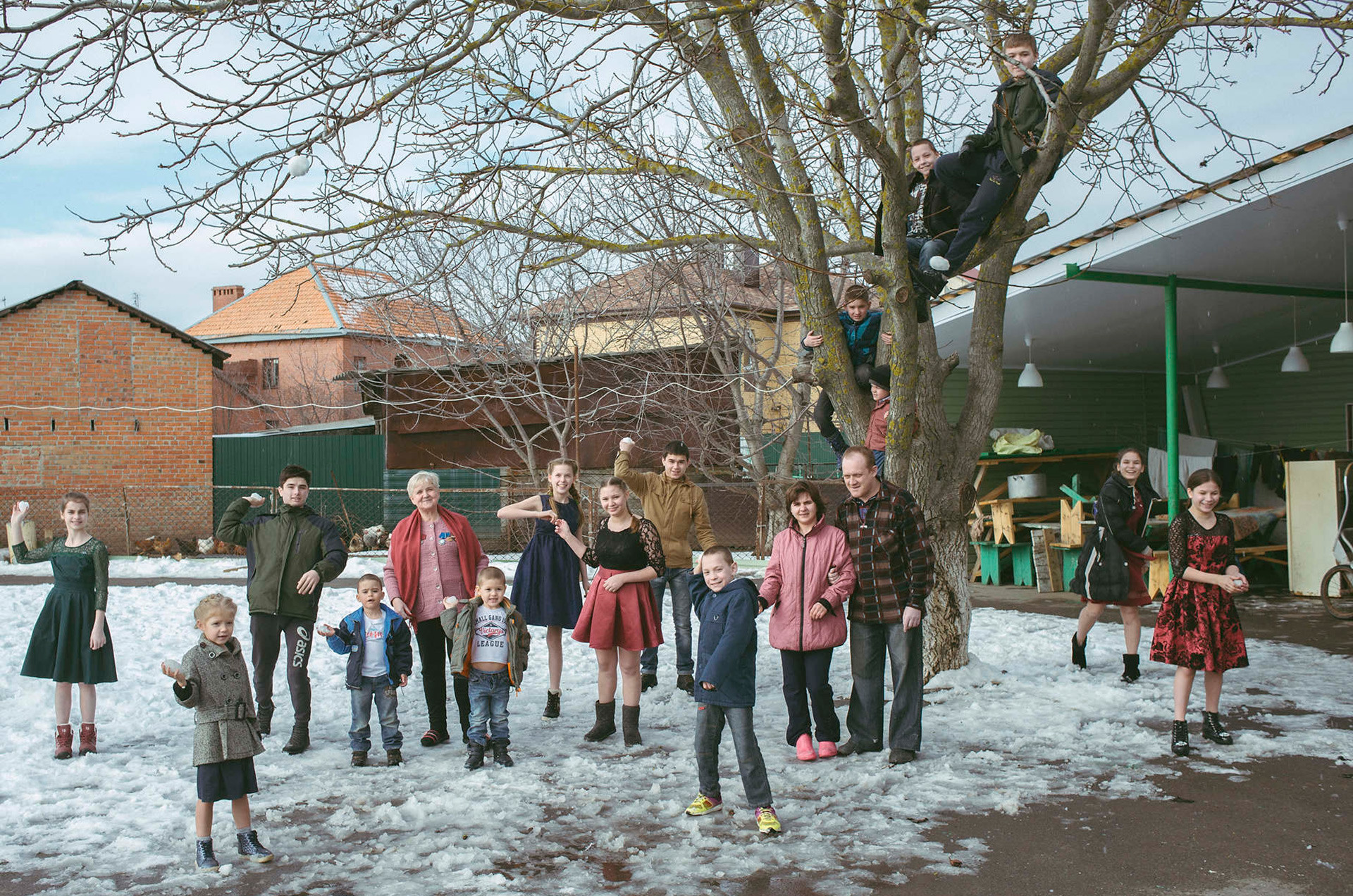 The family manages to make ends meet. They receive state financial support of around 9,458 rubles ($140) a month per kid under the “family orphanage” program, but this only applies to eight out of the 15 kids. The others do not qualify for such support, as they were officially adopted. 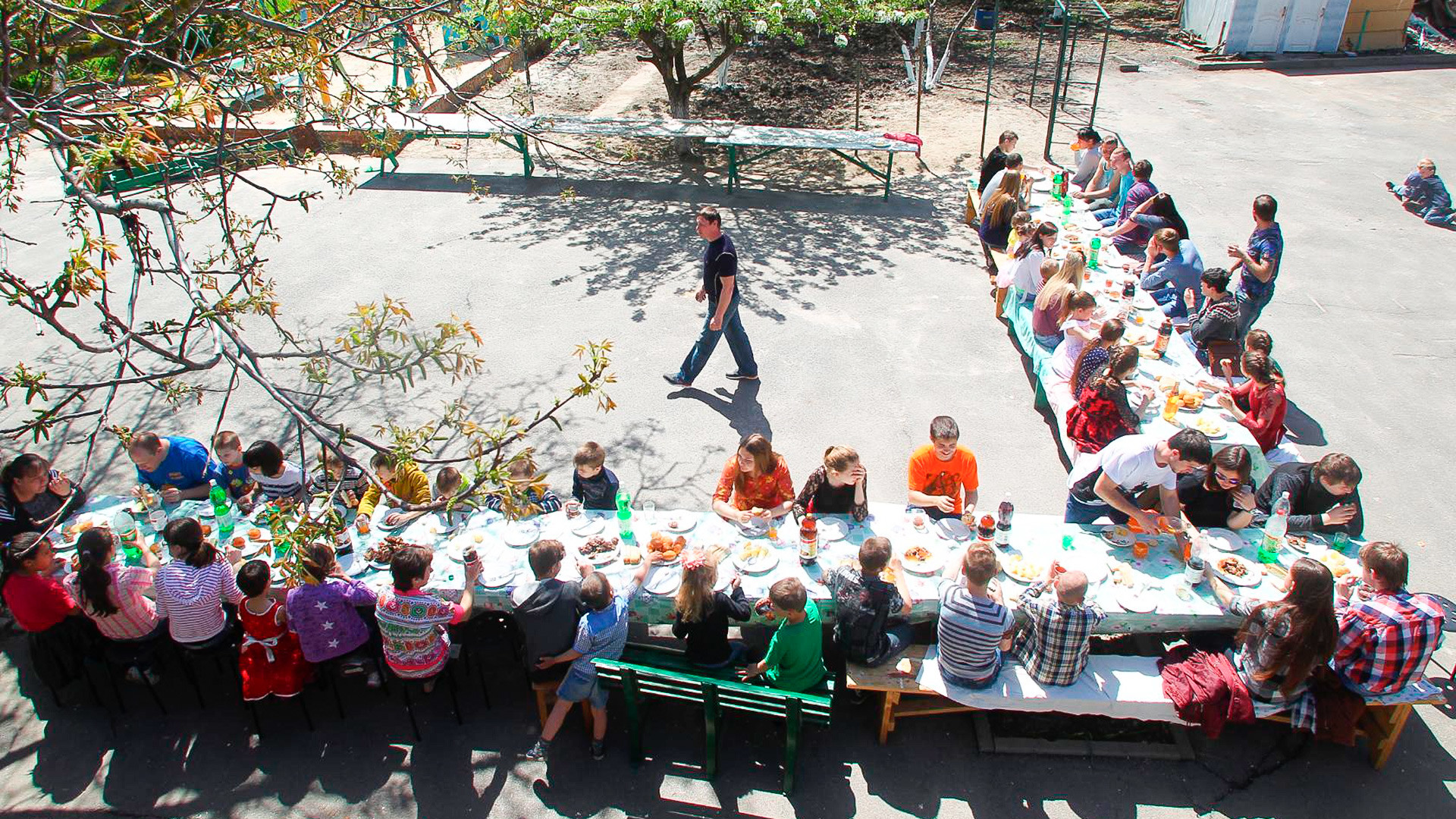 The majority of funds goes on grocery shopping and clothing. This month the Sorokins are also getting ready for the beginning of school in September, which might mean spending about 100,000 rubles ($1,478) in total.

How many is enough? 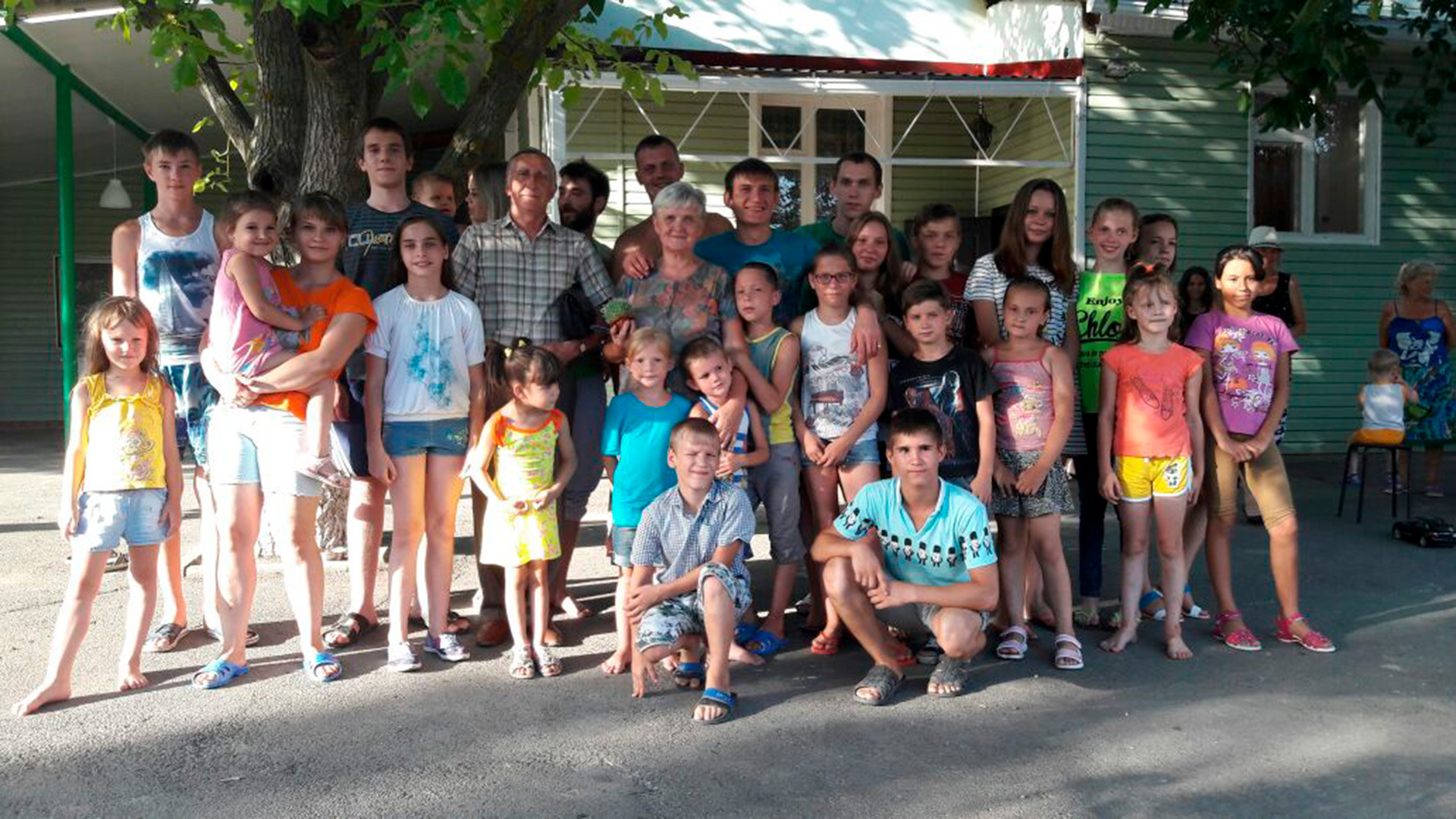 All of the children taken into Tatiana’s family call her “mum” and all have grown on the straight and narrow. The majority have graduated from university, hold down jobs, are married, and have even started their own families. They all keep in touch with Tatiana and support her  - her own blood daughter has followed in her footsteps by adopting kids. 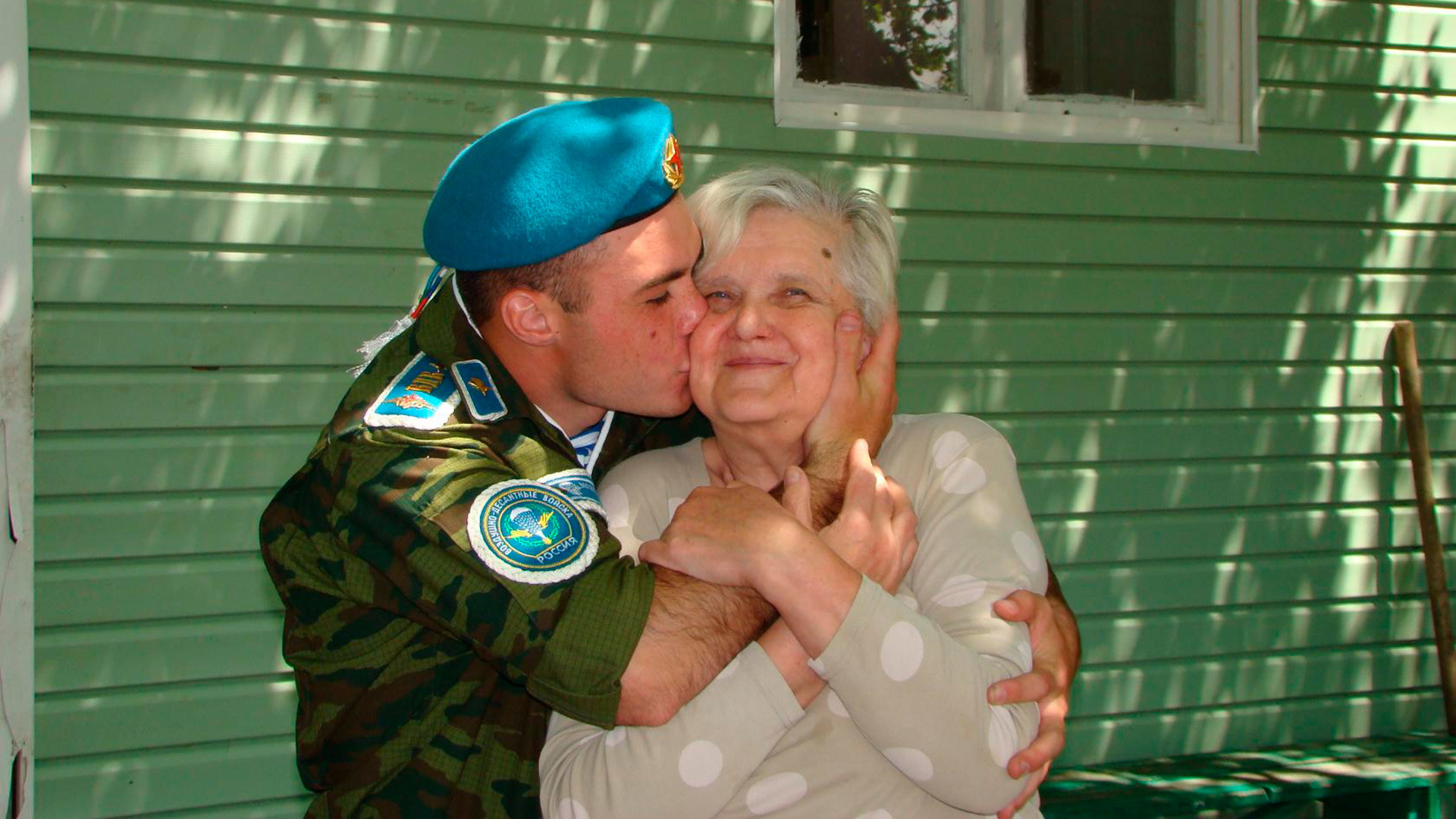 Tatiana's adopted son kisses his mum when leaving to serve at the army. (May 2018)

“Often complete strangers visit us simply to see how we live,” says Tatiana. “Many parents contact me online, asking for help. Sometimes my advice helps, sometimes I myself face the same problems. Many of those who visited us have decided to adopt kids as well.” 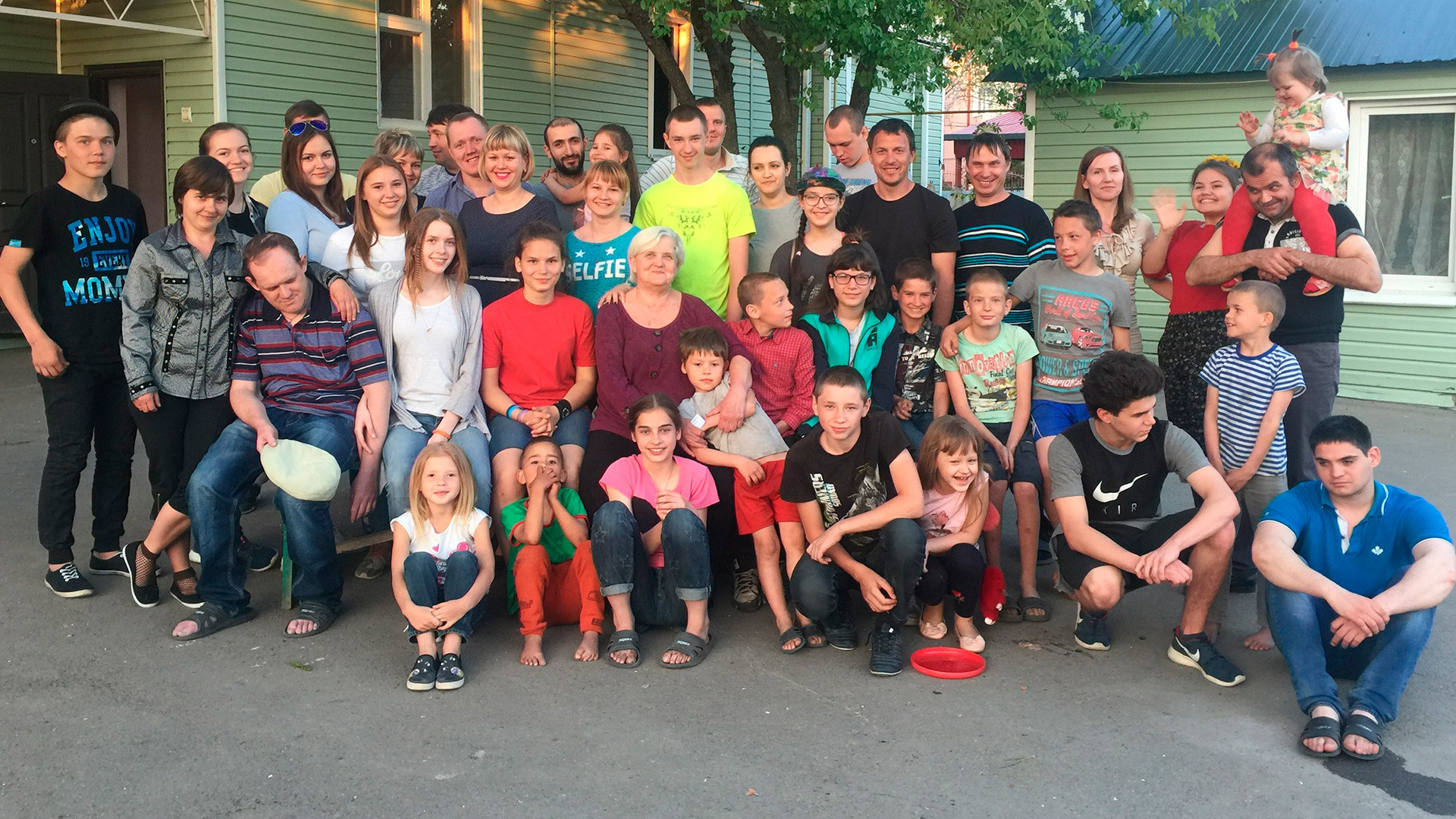 It’s not really a question of how many kids is too many, but a question of how loving the parents are, the heroic mother thinks. “It’s better to allow a family to adopt a few kids and see how it goes. If a kid is taken simply out of an interest in money, then it will be obvious  and the kid should be taken away. But this is extremely hurtful for the child, that’s why during the last few years we’ve been adopting only those who were abandoned by other adoptive families. On paper it seems easy, but in reality it occurs that kids simply want love, kisses, and a kind word, not to mention  borscht and porridge.”