6 Russian names you can give your children 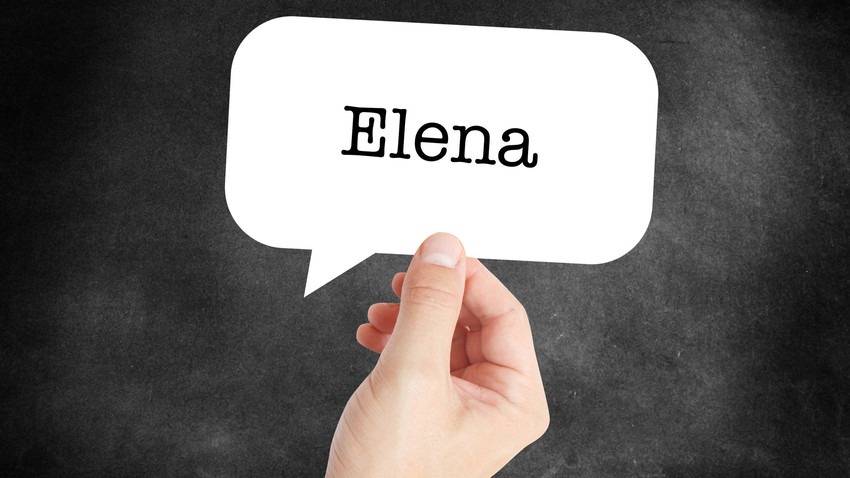 Elena is the most popular female name in Russia nowadays. But this is just one of the multiple options

Legion Media
As cultural borders have become less and less pronounced with globalization, giving your child a foreign name will hardly surprise anyone these days (so long as it’s not Adolf or Osama, that is). There are lots of good Russian names, and here we present a list of the greatest hits, from the present back to ancient times.

A rather international name (the United States, United Kingdom, Germany and other European countries have their own Alexanders), this one has Greek origins but is, without a doubt, the most dominant name in Russia. Just one example: Three Romanov emperors were named Alexander.

The first defeated Napoleon in 1812, the second abolished serfdom in 1861 and the third managed to keep Russia out of any wars throughout his thirteen-year long reign. Not bad, huh?

But royalty aside, Alexander is the most popular name in Russia and has been since the 1950s, beating out all other contenders in terms of sheer numbers. And it has a female too, Alexandra. Both the male and female versions have the same short form though, which is Sasha.

Though Alexander has proved far more popular than Ivan during the past century, Ivan is an absolute classic. Surprisingly, it doesn’t have Russian origins either. Its roots go back to the ancient Jewish name John. Nevertheless, Ivan became extremely popular after Christianity was brought to ancient Rus in the Middle Ages.

Russian folklore reflects this glorious name in a rather strange way: The most popular fairytale character is called Ivan Durak, meaning “Ivan the Fool.” Simple-minded and frank, he is regarded as a total moron, but triumphs in the end, outwitting his enemies, marrying a beautiful princess and turning into Ivan Tsarevich (“Ivan the Prince” in Russian). Just hope that from the start your future son Ivan will be a tsarevich and not a .

While Russian fairytales demand that Ivan fight for his status, Elena, whose name in Russian sounds the same as Helen of Troy, is referred to as “The Beautiful One” from the very beginning.  She is usually a princess whom the hero must save from various evil forces or villains.

According to research by Yandex on social networks in 2012, Elena was the most popular female name in Russia, at least based on the number of social network pages registered to .

The fact is that with girls’ names it’s harder to determine the winner: multiple names have competed for first place, depending on the historical period. As of 2015, for instance, the most popular name for newborn girls was Sofia. So if you name your daughter Sonia right now, she will have lots of peers of the same age in Russia.

Unsurprisingly, Sofia was not originally a Russian name either, and its origins also trace back to Greece, with Sofia meaning “the wise.” In Christianity, Saint Sofia was assumed to be the mother of girls named Faith, and Love. Incidentally, all these words also exist in Russian as female names – Vera (“Faith”), Nadezhda (“Hope) and Lyubov (“Love”).

This Latin name has grown in popularity of late, with newborn Maxims outnumbering everyone except for Alexanders for the past two years.  As an added bonus, the name is easy to remember in any country, especially when used in the diminutive form Max.

Perhaps the most well known Maxim in Russia’s history was Maxim Gorky. You probably know him as the writer with a mustache like Nietzsche who invented the literary style Socialist Realism. He also has a park on Moscow named after him. Ironically, Maxim Gorky was a pseudonym. His real name was Alexei Peshkov.

Among contemporary generations, the name is also well known because of a popular singer named . She is a woman though, so if you feel like naming a girl Maxim, that’s also all right. Especially if you don’t live in Russia.

Yes, how could we fail to mention Vladimir? Not because of Putin (or Lenin for that matter). The interesting thing about Russian names is that most of them were borrowed from other languages (e.g. Alexander, and Sofia are all Greek, Maxim is Latin and Ivan is Jewish) and so it’s hard to find an authentic Slavic name that was used before Russia’s conversion to Christianity in the 9th century.

But there are some, and they all sounded really noble back in the days of paganism. Usually, they are two-part names, such as Vladimir, Svyatoslav, Yaroslav and so on. In the past, only princes got to have such names, which glorified their strength.

For instance, Vladimir is basically Vladyka Mira, meaning “the one who owns the world,” and the prince who converted Russia to Christianity also held such a name. Svyatoslav means “the holy glory,” Yaroslav translates as “the bright glory” and so on and so forth. For the most part, these names are not very popular nowadays, but on the other they are so authentic that by giving one to your children they will sound even more Russian than Russians themselves. If you want that, of course.