Why do some Americans join the Russian Orthodox Church? 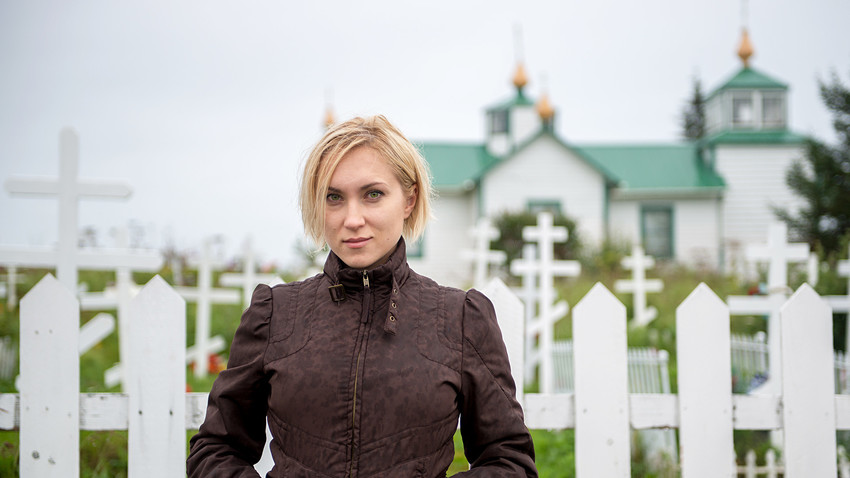 Getty Images
Between two and three million Americans identify as members of the Russian Orthodox Church. Many say it was the church’s exoticism, its “smells and the bells,” that first got them interested. But why do some people convert?

Until he was nine, Patrick Maiorca lived in Texas, where his father served in the United States Air Force. After he retired, the family moved to Oklahoma. At the time, there were just a couple of Orthodox churches there, given that most residents were Baptists or Protestants. "I was raised Anglican. After going to some crazy protestant school, I became agnostic," Patrick recalls.

Patrick developed an interest in the Russian Orthodox Church when began studying Russian language and history, along with Roman history. He quickly fell in love with Russian culture. "But also, as an agnostic, I felt the Orthodox Church was the only one with a leg to stand on,” he says. “The west was shaped by the fall of the Western Roman Empire." 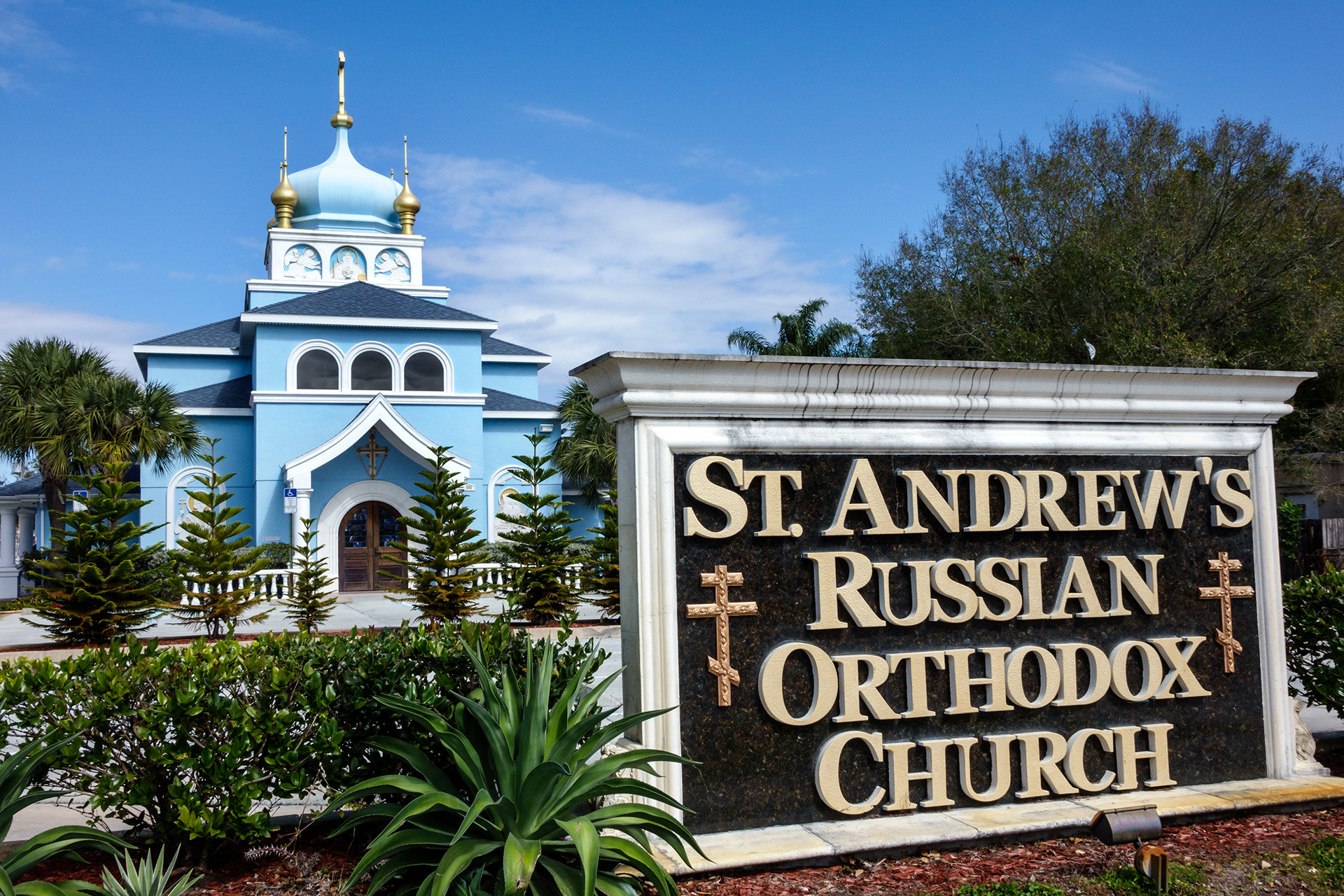 Joining the church by email

And Patrick is not alone in this. Robert Hegwood from Mississippi thinks some American converts are looking for “something more grounded, older, time-tested and enduring.”

He was raised in a Southern Baptist home, became Methodist in his late teens, and shortly thereafter was part of the Charismatic Movement for 21 years. Robert first encountered orthodoxy in 1995, while living abroad on Saipan, a small island in the North Pacific.

"When I went home to Mississippi in 1995 on vacation, I made contact with a local Orthodox church whose priest, to my surprise, told me that his father had fought in WWІІ on the island of Saipan," Robert recalls. The priest gave him several books and magazines about the Orthodox Church, including one about the life of St. Seraphim of Sarov. "He was the sort of Christian I could only hope to be,” Robert says. “It would have to be his path or there was no path to follow." 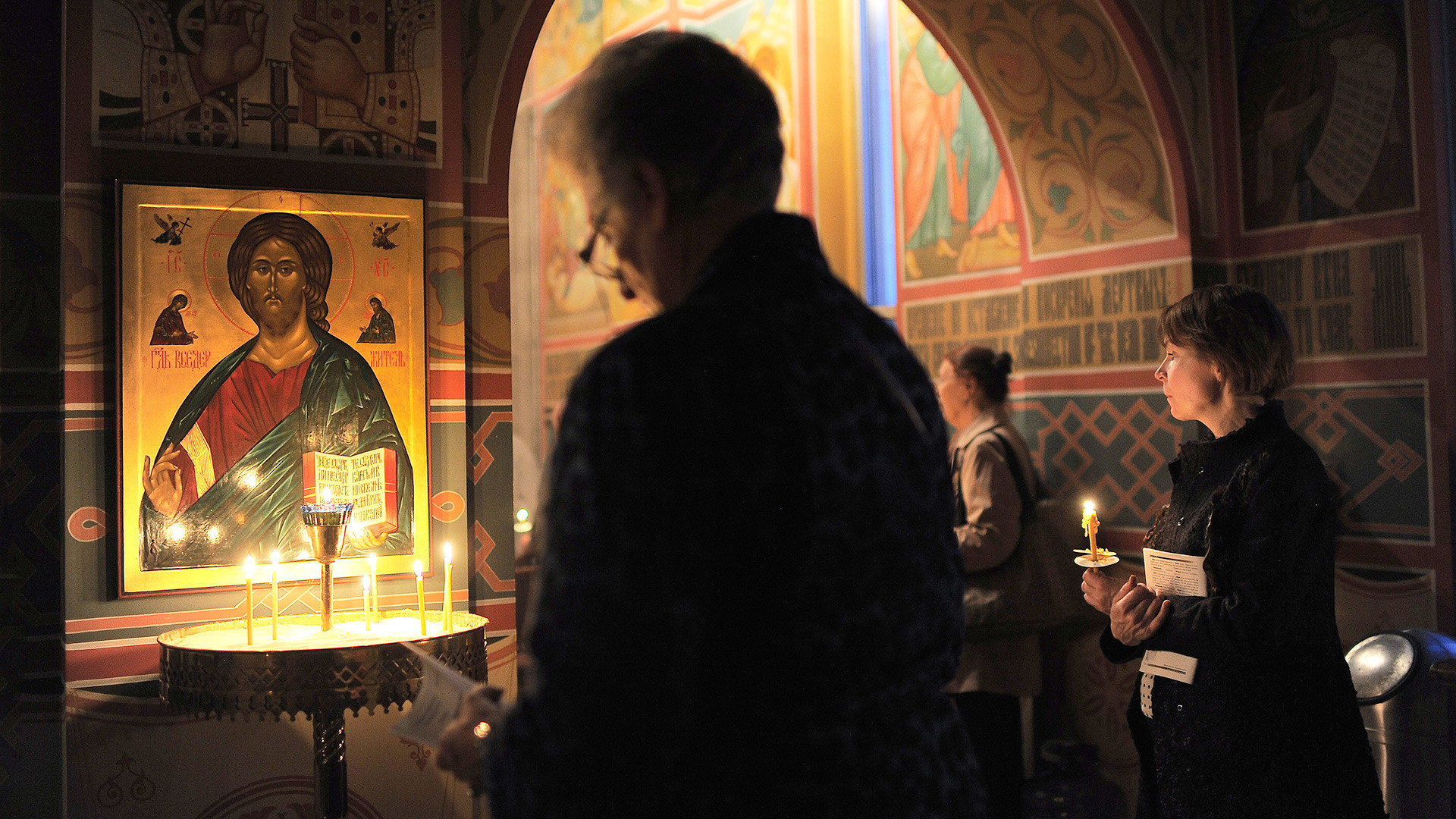 When Robert met with the priest again and told him he wanted to convert to the Orthodox Church, the priest heard him out with a smile and then replied, "No, the time is not yet right for you."

But Robert was determined. He tried to get in touch with Eastern bishops on Saipan, but there was no one there. "Eventually I was put in touch with an English-speaking priest in Tokyo. The priest's bishop gave him a blessing to catechize me by email, the teaching lasted over a year and was harder any college course I had ever had." 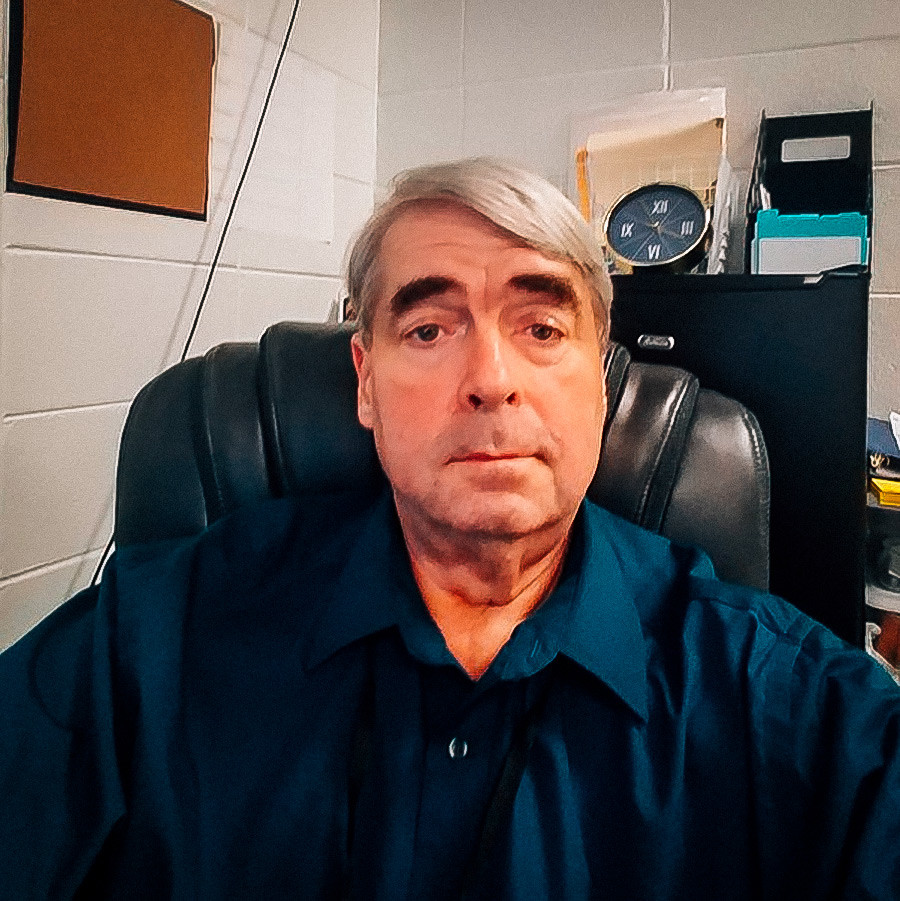 David Pettit of Altadena, California agrees with him: "Nobody comes to the Orthodox Church because the morning spirit band has a great guitarist."

He says there is one question that almost always weeds out who will stay and who will leave: "Are you here to see if the church fits you, or are you here to fit the church?" David thinks people who are there to fit the church wind up staying for life. Everyone else finds it too regimented, structured and uncompromising. "Even when they completely agree, still they leave because it isn't fun enough," he says 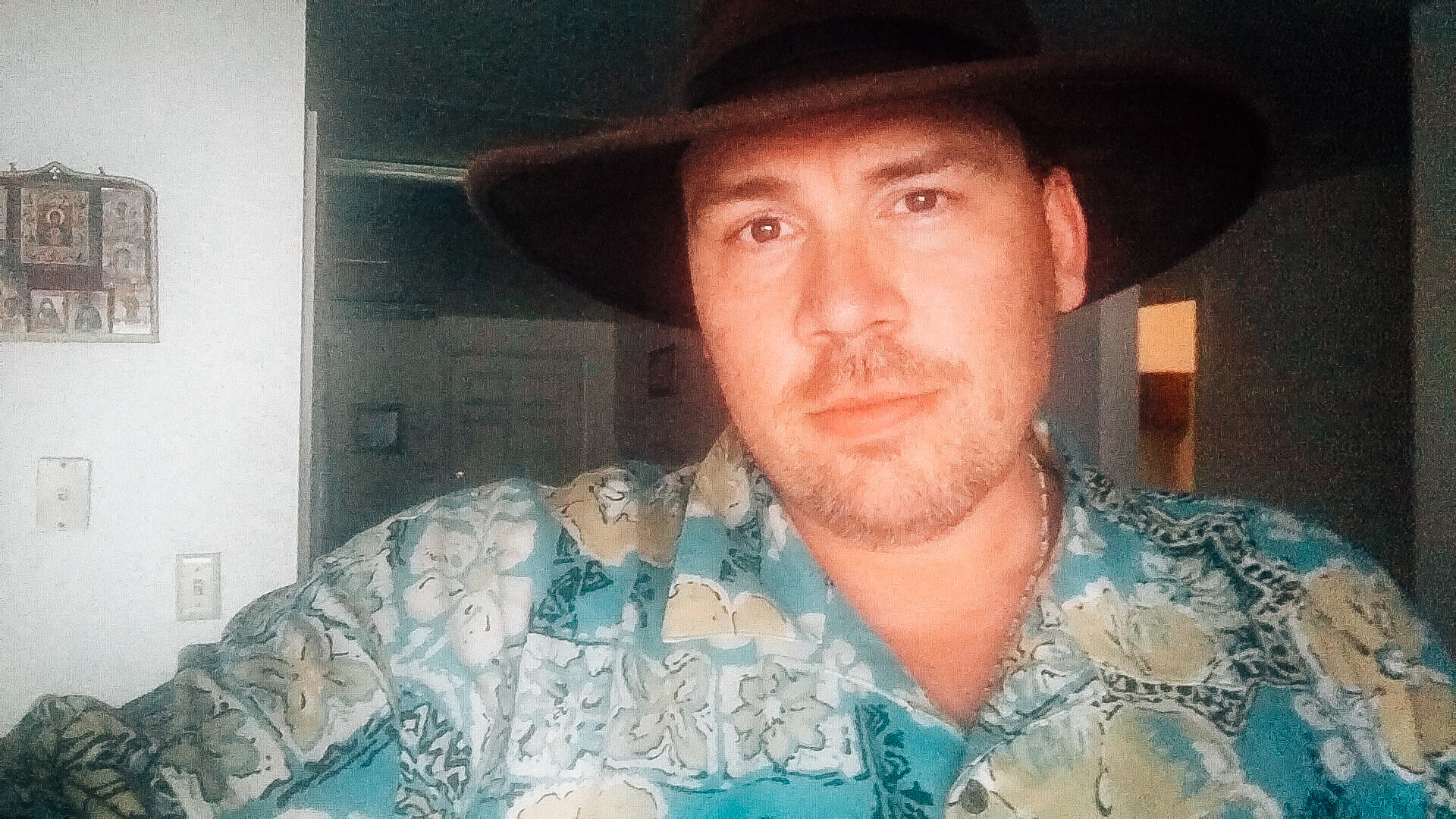 joined the Orthodox Church in 2007 while serving his 10th year in prison on a 15-year sentence. Before that, David had not believed in any religion. He and his parents were atheists and Russophobes. David's grandfather had designed rocket boosters for the U.S. government. "The first three generations in my family were and are professionally and morally opposed to the inhabitants of the Kremlin on all fronts," he remembers. However, while in prison, he felt that he developed what he calls “a Russian heart. 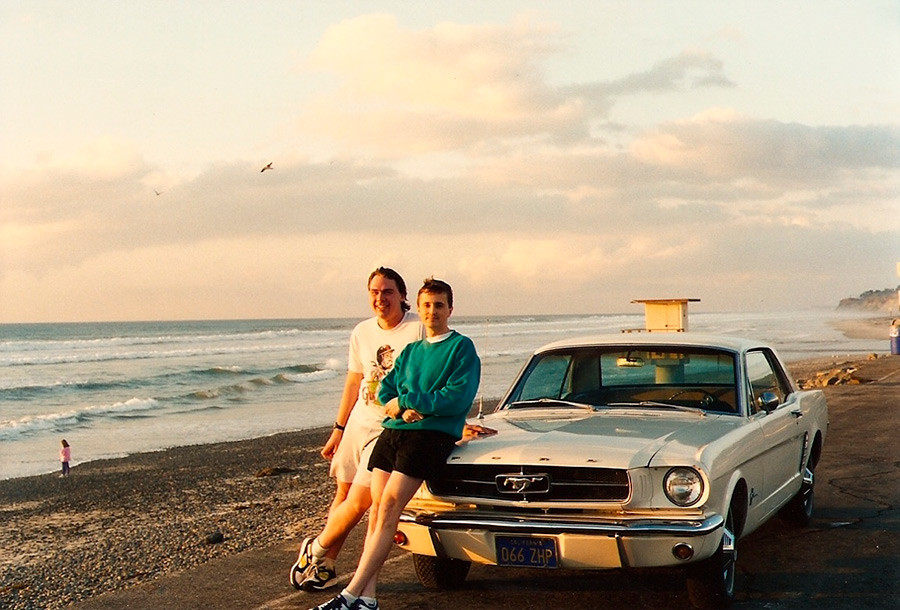 David Pettit and his brother in 1994

I had found that Tchaikovsky was my favorite composer, not Beethoven. Solzhenitsyn was my favorite author, not Hemingway. Tolstoy, Dostoevsky Sholokhov were writers who spoke directly from my heart,” he says. “So, the curious fool in me asked, 'What, then, is the main church in Russia?'"

He first saw The Passion of the Christ while in prison and after became more interested in the , started to pray and says he had a vision of the Virgin Mary.

When David was released from prison, he went to an Orthodox church for the first time. He noticed that most of the Russians there were women and that almost all of them were married to American men. 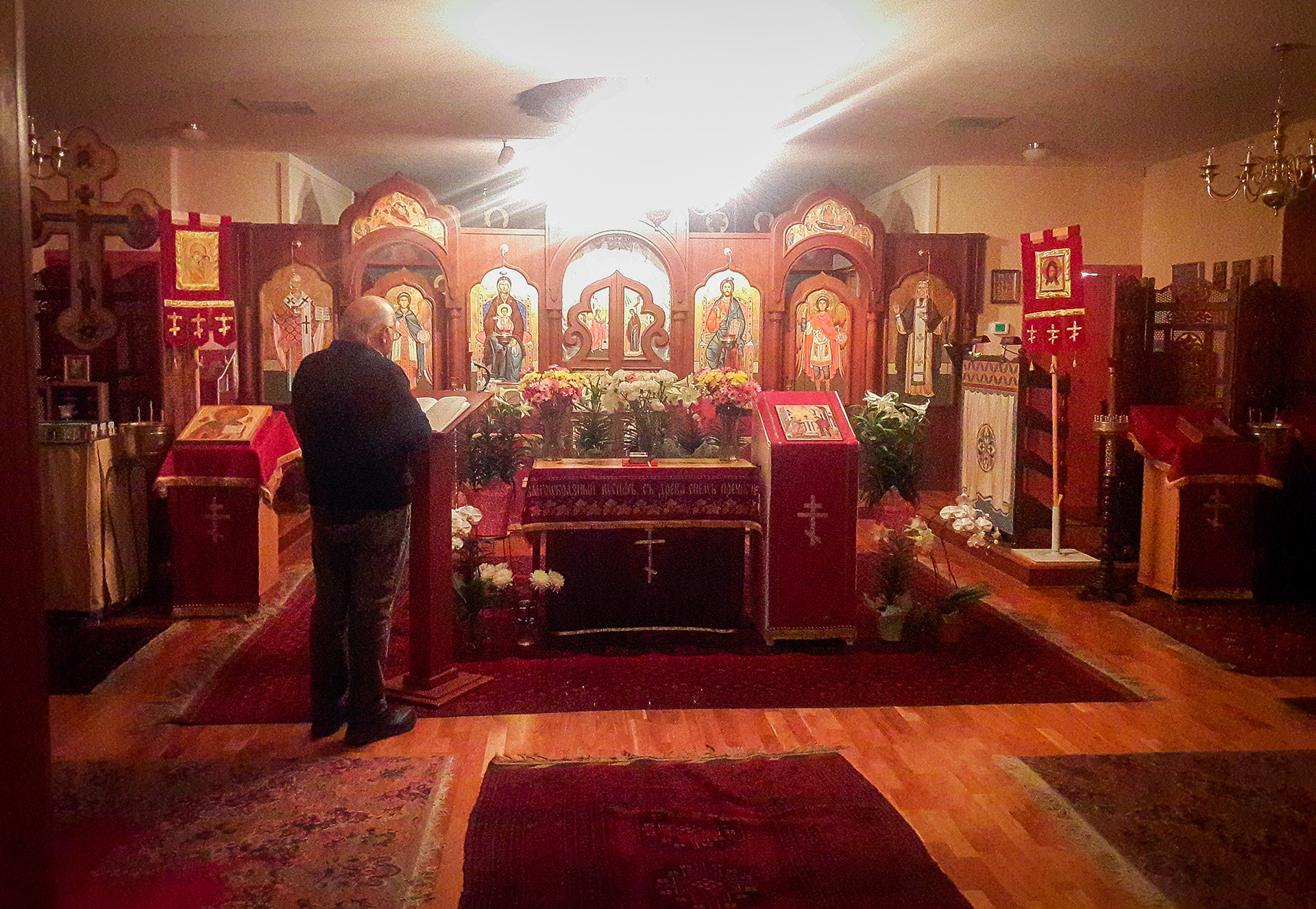 "Russians and Americans get along well in our church,” he says. “We are rarely, if ever, close, but we do get along well." Most members of Robert’s parish are American converts and their children (most of whom are first-generation Orthodox). With Syrian, Lebanese, Ukrainian, Armenian, Romanians families, Orthodox parishes here are growing slowly but steadily.

"Many American converts admire [Russian president] Vladimir Putin," Robert says. "And are a little envious of the direction Russia is taking to stand up for Christian civilization and Christian virtues in the public square. Where you have processions of thousands following the Holy Cross and Icons…we have to endure yet another flamboyant, often obscene, gay-rights parade." 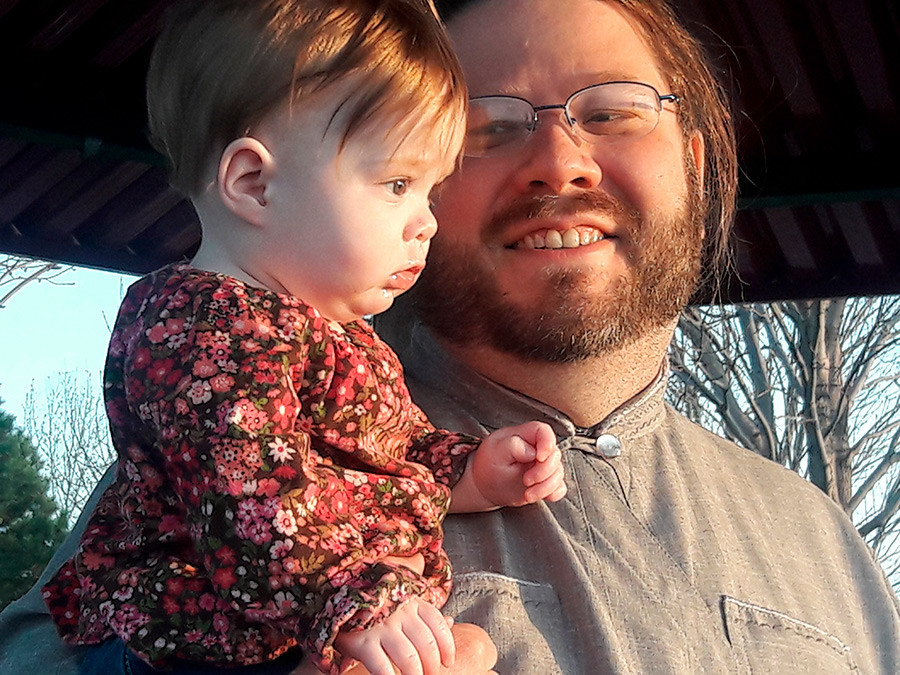 David's Godfather and his daughter, at an all Orthodox barbecue this spring.

However, Orthodox churches are growing mainly in the conservative American South and Southwest. "In its old immigrant in the Northeast and Upper Midwest, it is in serious decline,” Robert says. “Many of the young people leave, never to return.” He thinks this is related to those regions being more liberal and less religious.

"But all I know is, despite our deficiencies, weakness and present small numbers, in the region where I live, we are growing in raw numbers. Not sure of percentages."