The most overrated places in Moscow, from the Kremlin to the Bolshoi 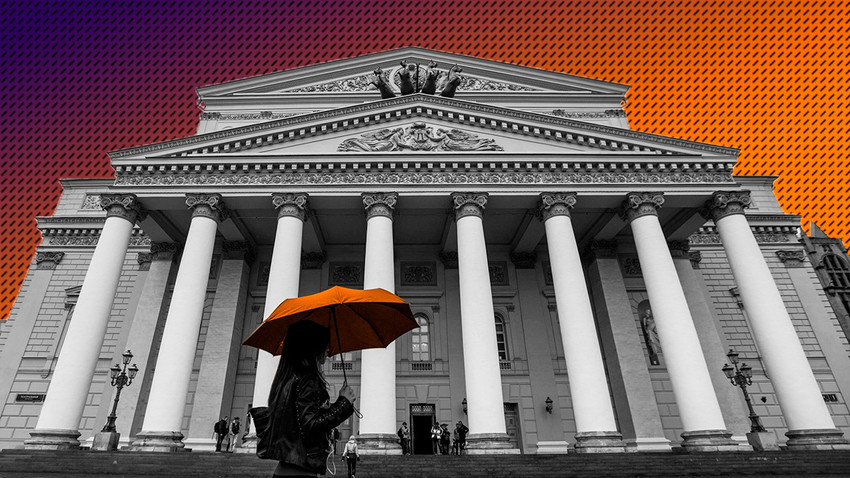 Moskva Agency
Some of our tourist attractions don’t live up to expectation. Think twice if you want to exchange your precious time for a lukewarm reception and mediocre sights. 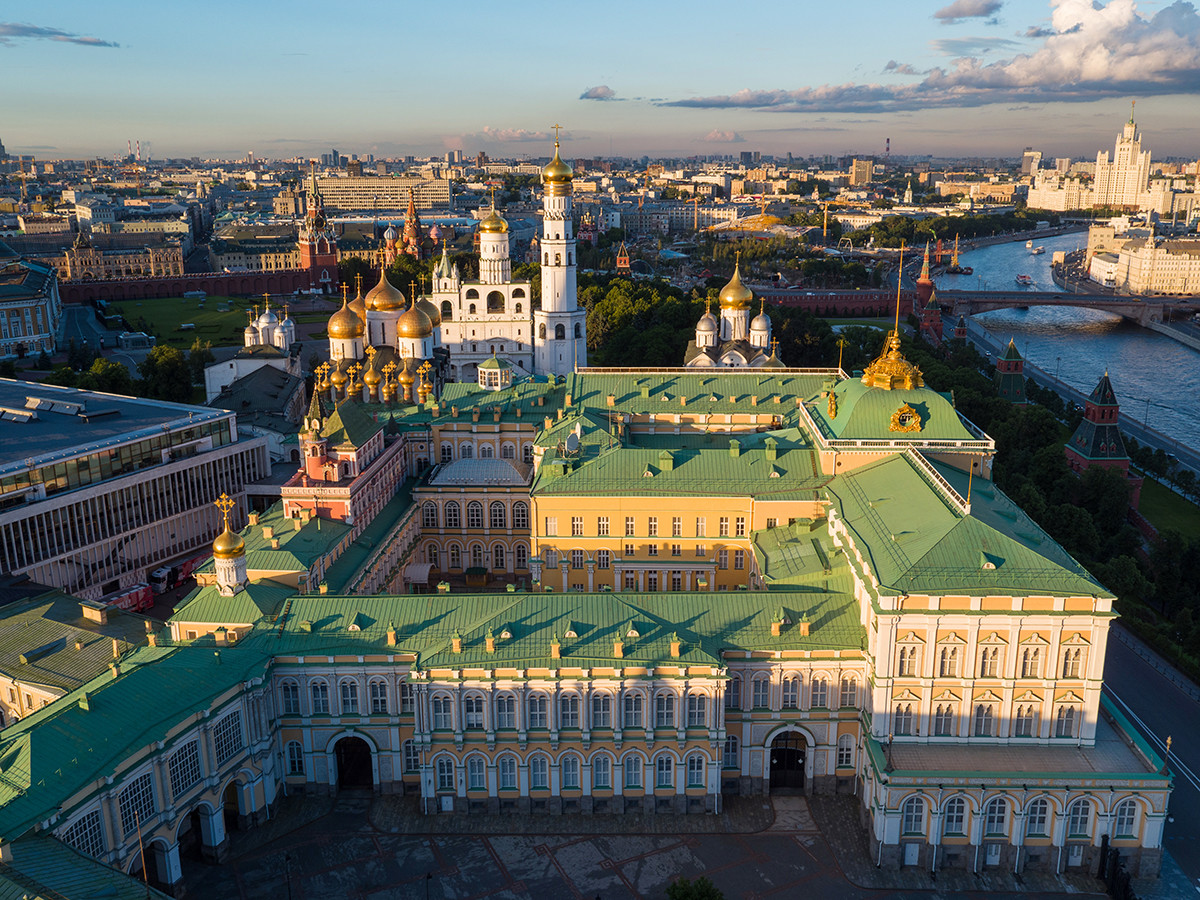 At first glance, the Moscow Kremlin could be a medieval European fortress with intricate passways, a splendid view from the walls, and treasures hidden inside ancient chambers. It’s all true, except you probably won’t see it.

First, you’ll need different kinds of tickets to get inside the Kremlin, its cathedrals, the Kremlin Armory, and Ivan the Great bell tower. It’s pretty hard to waltz into the Armory without booking first due to the influx of visitors; the same goes for the Dormition, Annunciation, and Archangel cathedrals that can be closed because of the weather. The Palace of Facets is only opened on demand, and the historical Terem Palace is the official residence of the President, so no tourists here, sorry. The Kremlin territory is under top security – the President and the government of Russia still hold meetings here, so you won’t pass the Kremlin walls and the Kremlin garden if talks are going on. And the intricate working schedule of the Kremlin coincides with Moscow’s busiest hours: from 10 am to 5 pm. 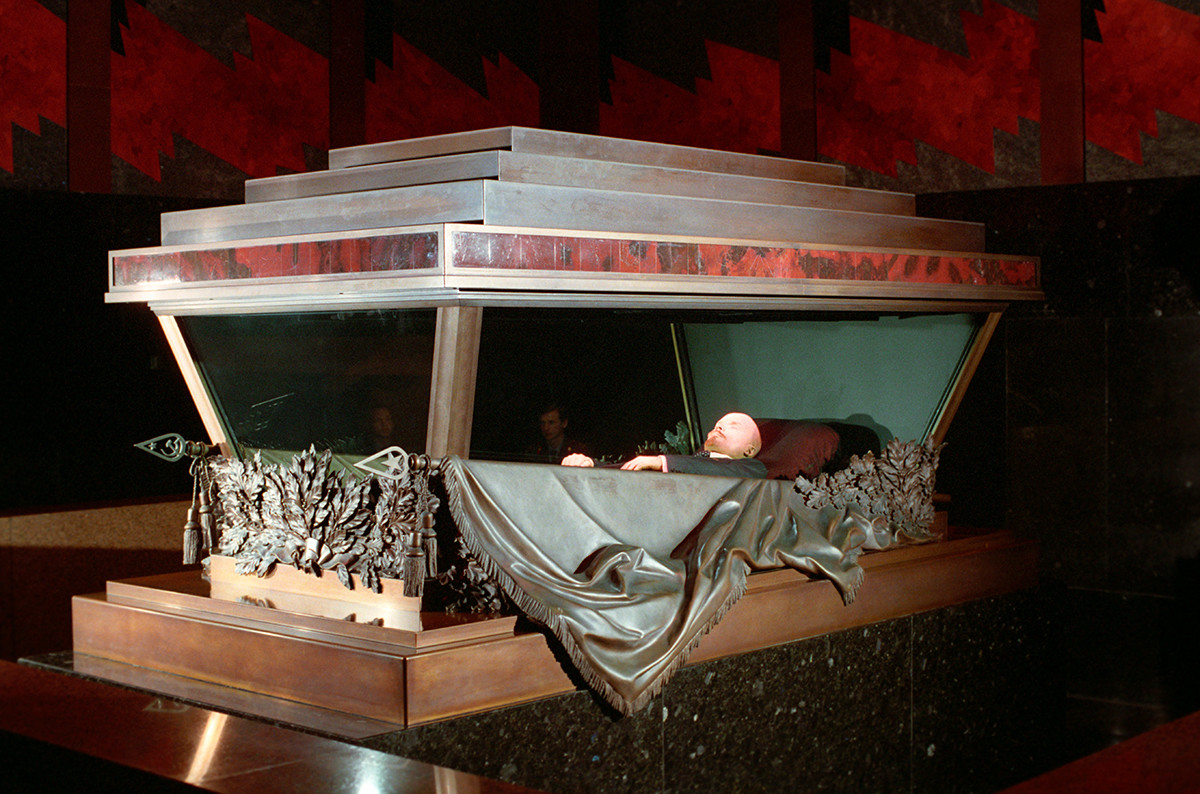 The entrance to see the body of the world’s most preserved revolutionary, Vladimir Lenin, is free. And that’s about as good as it gets.

The Mausoleum is open from Tuesday to Sunday (oops, but closed on Friday) for three hours only, from 10 am to 1 pm. After passing the metal detectors, leaving your bags in a locker (this time, you’ll have to pay), you’ll get to the body – but forget about Instagram, no photography allowed inside. The anti-terrorist measures are there for a reason – there have been several attacks on the body; but anyway, inside you’ll have to move quickly and won’t have the chance to contemplate the leader’s body: the Mausoleum is under control of the Federal Security Service, so keep up the pace, comrade. And by the way, it’s compulsory to take off your hat inside this cult building, it’s a Mausoleum, after all, not your ordinary crypt. Oh, and the saddest news is that Lenin is still dead. 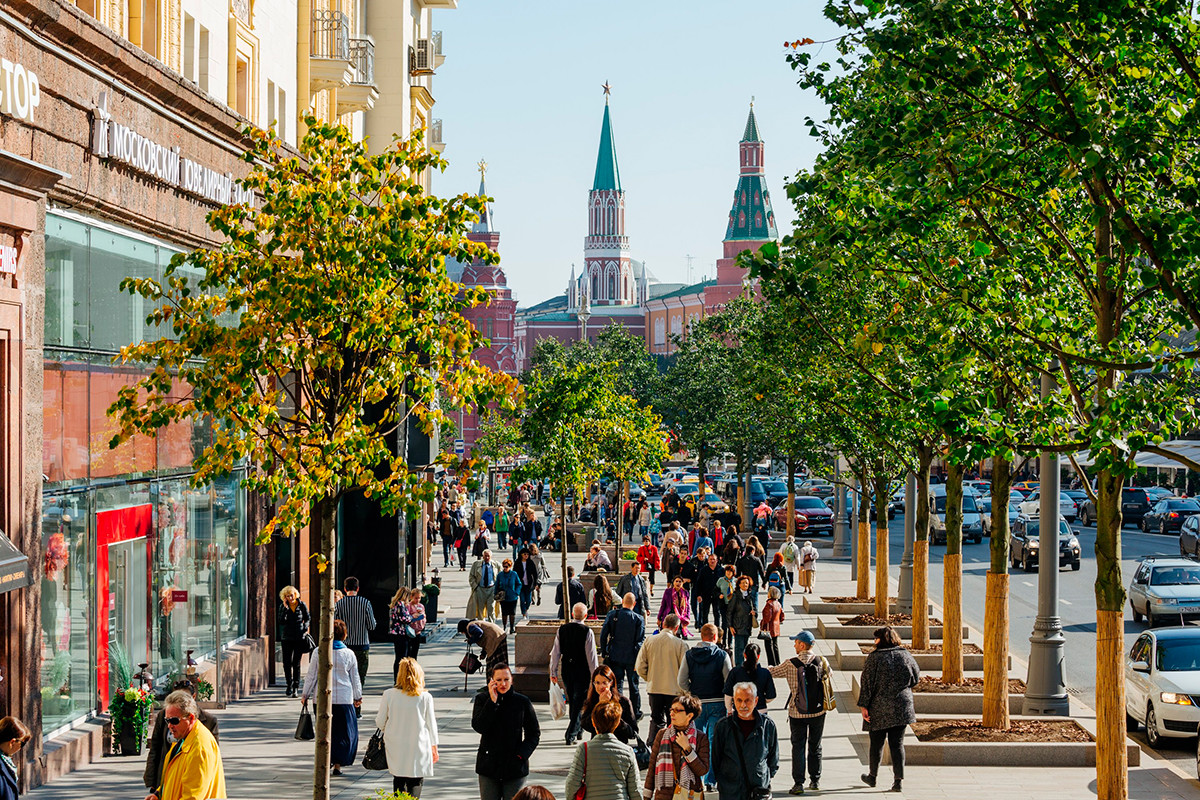 Moscow’s central street, studded with mass market shops and (not so) cozy cafes, where monuments to Pushkin and Mayakovsky are located – we even did an article about Tverskaya. Tverskaya is the busiest street in the city. All the time. Take a deep breath of carbon monoxide and shout to your friends over loud honking car horns.

As for boutiques, the poshest are on Tretyakov Drive and Stoleshnikov Lane, and you can find far less crowded and more stylish cafes on Patriarch Ponds, not far from here. Remember also that a lot of tourists (Russians included) are here for the same reason, which hikes the prices in Tverskaya cafes. And finally, Tverskaya is not Moscow’s “main” street – maybe just one of them. Another street to claim this status, Arbat, isn’t much better, either. 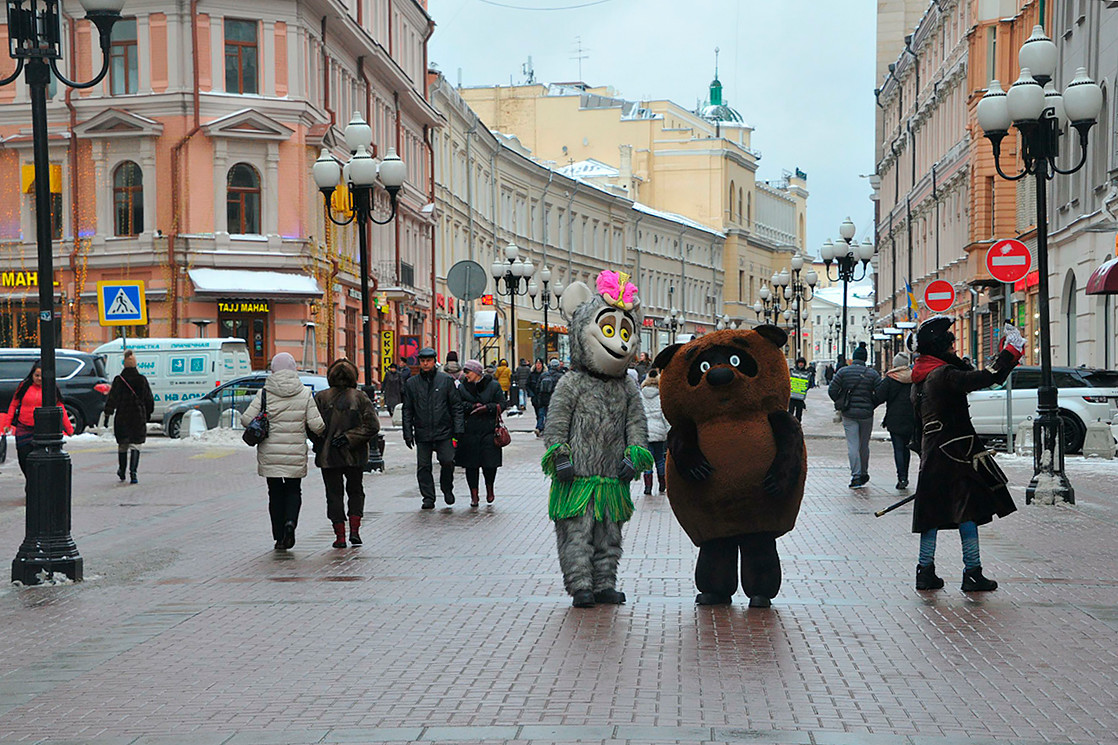 Guides say Arbat is the main tourist street in Moscow, but forget to mention it was made that way deliberately just some 30 years ago. That’s why it’s so unnatural – an ordinary old street, much like Pokrovka and Maroseyka, has been pedestrianized and stuffed with souvenir shops and flashy Americanesque food joints.

Add to this: stenchy, eager to talk bums ready to “borrow” some change off anyone; the worst street musicians (every beginner street minstrel in Russia thinks Arbat will rocket them to stardom), flashy souvenirs you won’t find anywhere in Russia, because they are made specifically to sell on Arbat, cheap crap, in other words.

The only museum here (Museum of Illusions and Museum of Happiness not included) is Alexander Pushkin’s house museum (where the poet spent a few unhappy months) overlooking an appalling monument to Pushkin and his wife disguised as wedding cake dolls. A weathered one-storeyed house and a standard Moscow church are all that’s left of the scene of Vasiliy Polenov’s painting “A Yard in Moscow.” So, if you’re here to get a glimpse of real Moscow, dive into the lanes of Arbat – they’re at least genuine. 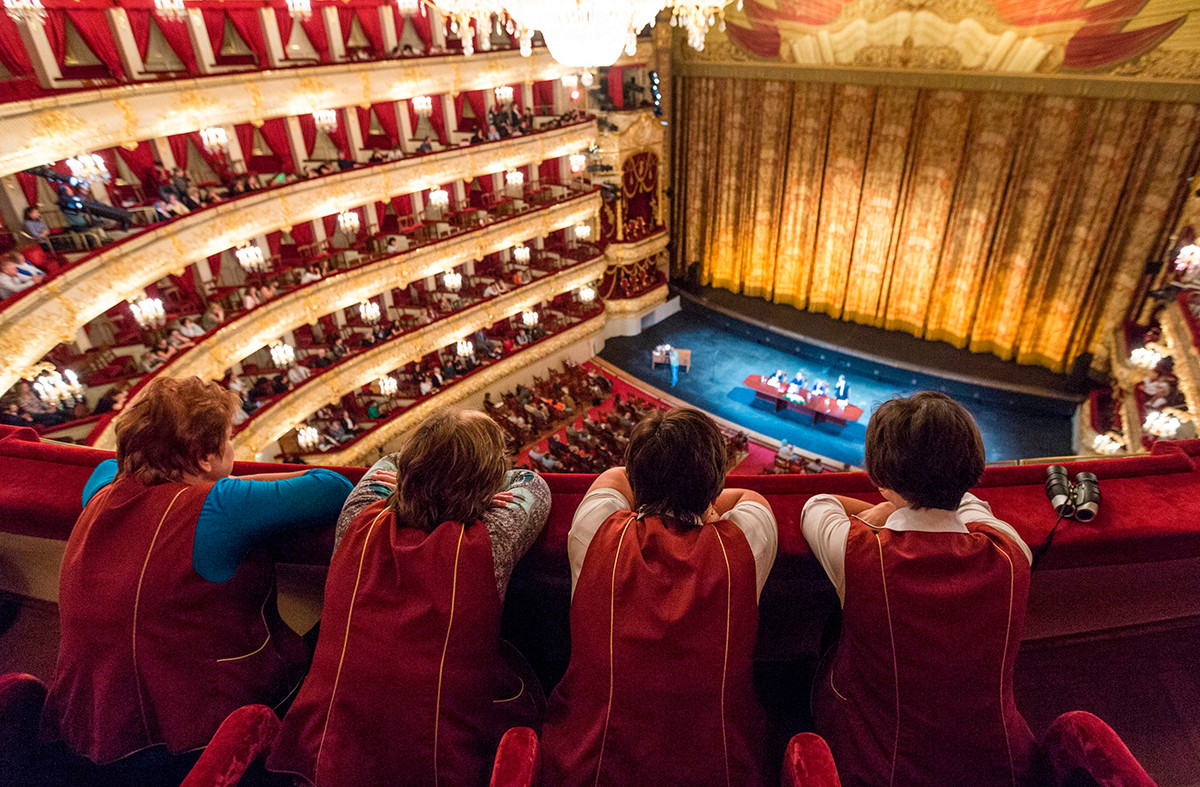 The name “Bolshoi” famous the world over. Tickets to a performance in the iconic establishment are highly prized but are they worth it.

The Bolshoi building has been restored numerous times, and the last restoration turned out to be the most controversial: the number of seats reduced from 2,100 to 1,700; original bronze girandoles went missing. These are not the only problems.

While the set price of tickets to the Bolshoi can be about $15, they can rise to hundreds, even thousands of dollars – because of the resellers that the Bolshoi administration can’t control. Frequenters also say the subtitles’ screen is partly obscured for some of the audience because of the chandelier; the orchestra and the choir sit awkwardly behind the audience; the noisy ventilation system spoils the famous sound.

If you’re an avid opera and ballet lover, you’ll probably know that some of the Russian capital’s other theaters (e.g. Moscow Academic Music Theater or Novaya Opera Theater) often show equally, if not more impressive, performances. So they’re worth checking out.