Why is Russia’s population (relatively) small and declining? 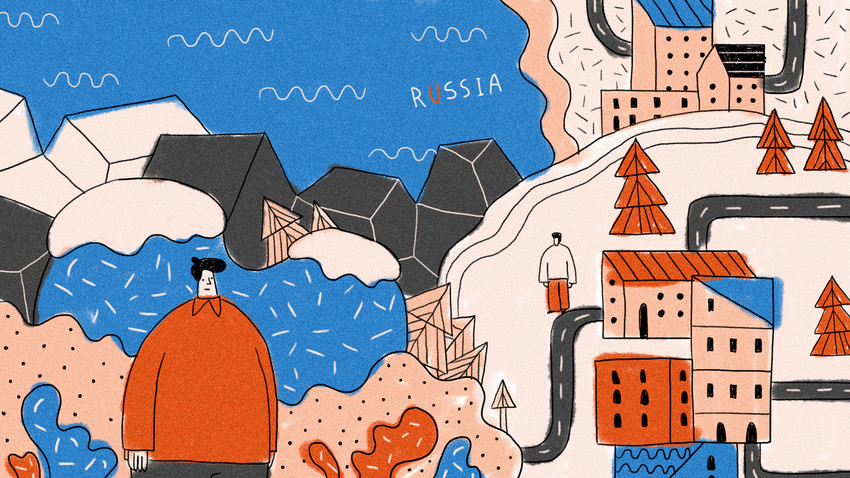 In many places in Russia, you can hardly meet a human being.

Natalya Nosova
A harsh climate and the chronic consequences of WWII have resulted in demographic problems for the country, which are unlikely to disappear in the near future.

When looking at the political map of the Earth, you can be easily impressed by how enormous Russia is – the biggest country in the world… all 66 million square miles of it. But if you take a look at a map showing how the world’s population is distributed around the globe, Russia looks less impressive.

With its 146 million people, Russia ranks just eighth in the world in terms of population – still big but not so much for such a giant country. Bangladesh, which is 118 times smaller, outnumbers Russia by 18 million people with a population of 164 million. And that works not only with extremely impoverished nations – Japan is 45 times smaller than Russia yet “falls behind” by only 20 million people. Why is this?

The first reason is pretty obvious – many Russian regions are too cold to support human habitation. Most of the population is concentrated in the European part of the country which covers just 23% of the whole territory or lives in the southern, Asian region.

As for the vast forest territories in Northern Siberia, they remain almost unpopulated: only bears, taiga, and rich mineral resources buried deep in permafrost. Vladimir Kolosov, president of the International Geographical Union, told Russia Beyond: “The population [in Russia’s Asian region] is just two people per square kilometer.” A square kilometer is equal to just under half a square mile.

Of course, there are always exceptions: Norilsk, for instance – a city of 170,000 people in the Arctic Circle (1,120 miles east of Moscow), which was built in the 1930s to serve the needs of a mining and metallurgy complex. (Take a look at that almost apocalyptic miracle).

But generally, the entire northern and eastern regions of the country are uninhabited, contributing to the low level of population in Russia as a whole. Nevertheless, natural conditions don’t fully explain the fact of population decline in Russia. Historical reasons do.

The years 2013-2015 were the first in the history of post-Soviet Russia that witnessed natural population growth - of around by 0.2-0.3%. Before that, since 1991, the population had been in decline. In 2017, numbers dropped again: by 0.9%, TASS notes, and the trend is probably here to stay. “Russia’s population will continue to decrease,” demographer Sergey Zakharov believes.

Why is it happening? The reason is WWII - as far away as that traumatic event may seem. Between 1941-1945, the Soviet Union lost between 25 and 30 million people, according to various sources - the official assessment is 26.6 million, and this demographic “hole” is repeated in every generation (approximately, every 25 years): people who died in the early 1940s didn’t have babies, those unborn people resulted in the next demographic downfall in the late 1960s, then in the 1990s – and now Russia faces its third ‘echo’ of war.

“It was after WWII when Russia became a low-birth country and it’s no coincidence that Russia became one of the first nations where birth rates fell below the generation replacement level, back in the 1960s,” explains Anatoly Vishnevsky, director of the Demographic Institute at Higher School of Economics, Moscow. The previous downfall was only exacerbated by dire economic and social circumstances in the 1990s Russia, which resulted in the very small number of the young who could become parents 20-25 years later – so the current population decline may endure for some time.

Even when Russia recovers from yet another ‘war echo’ and shifts to a rising birth trend it doesn’t mean its population will start to grow, Vishnevsky explains. For the family to “reproduce” itself, a pair of parents should have at least two children.

“Now, there is no developed country in the world – whether in Europe or in the U.S. – where a family has two children on average,” says the expert. The reasons are multiple: expensive education and healthcare, changing behavior of the young in developed countries and so on.

“Forcing people to have more children is impossible – a family knows how many children it needs,” Vishnevsky says. “We have to face the fact that population growth in developed countries already stopped.” To this extent, Russia’s experience is nothing less than part of a global trend.