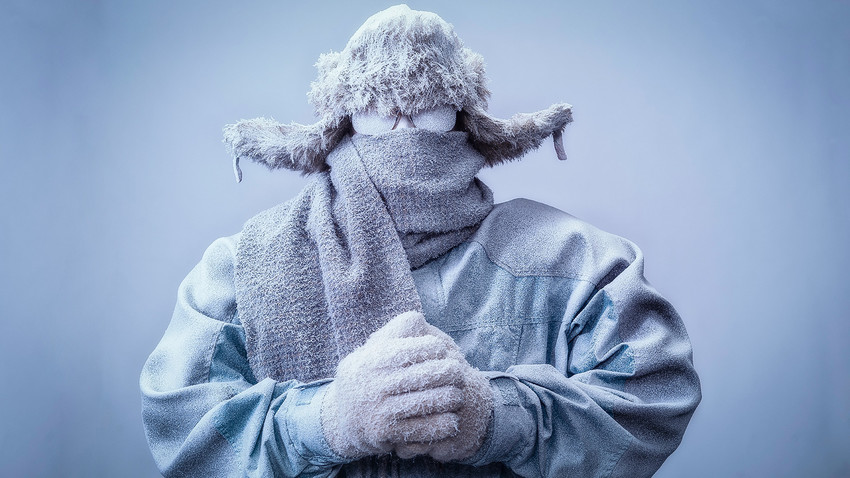 When winter comes, all those stupid stereotypes about how cold is Russia seem less stupid. all of a sudden.

Getty Images
You’d think that Russians would by now be used to winter’s deep freeze. The truth, however, is that we continue to groan and complain, constantly swearing but finding relief through humor.  How else to deal with the freaking cold?

In the American TV series, The Event, which was aired in 2010-2011, one part made every single Russian who saw it laugh hysterically. One character mentions a secret weapon that’s hidden near the Russian city of Murmansk (adding that they should go investigate) and the other woman says: “Do you know how cold it is in Western Siberia this time of year? 10°F!”

First, Murmansk is not in Western Siberia; it’s in the European part of Russia above the Arctic Circle. Second, 10°F equals -12.2°C, which is not at all cold for Russians. It might be time to put on a warm sweater, but it’s hardly a national disaster. Right now, in December, the temperature outside our Moscow office is about -15°C, and we are totally fine. Swearing a bit, but that’s usual.

The Russian winter is something that we are used to, and we like to make fun of this constant hellish frost that dominates our lives for about five months a year. (Since you can’t change anything, you just have to laugh about it).

Here are some of the best Russian jokes about the cold. Note: all temperatures are in Celsius

+20° – Greeks put on sweaters (if they can find them).
+15° – Hawaiians turn on heaters (if they have them).
+10° – Americans shiver, while Russians are planting cucumbers.
+5° – You see your own breath. Italian cars don’t start. Norwegians take a bath. Russians drive with the windows down.
0° – Water freezes in America; in it thickens.

-10° – You’re planning a vacation to Australia.

-15° – Your cat insists on sleeping in your bed. Norwegians put on sweaters.

-18° – New York City landlords turn on the heat. Russians have their last picnic. 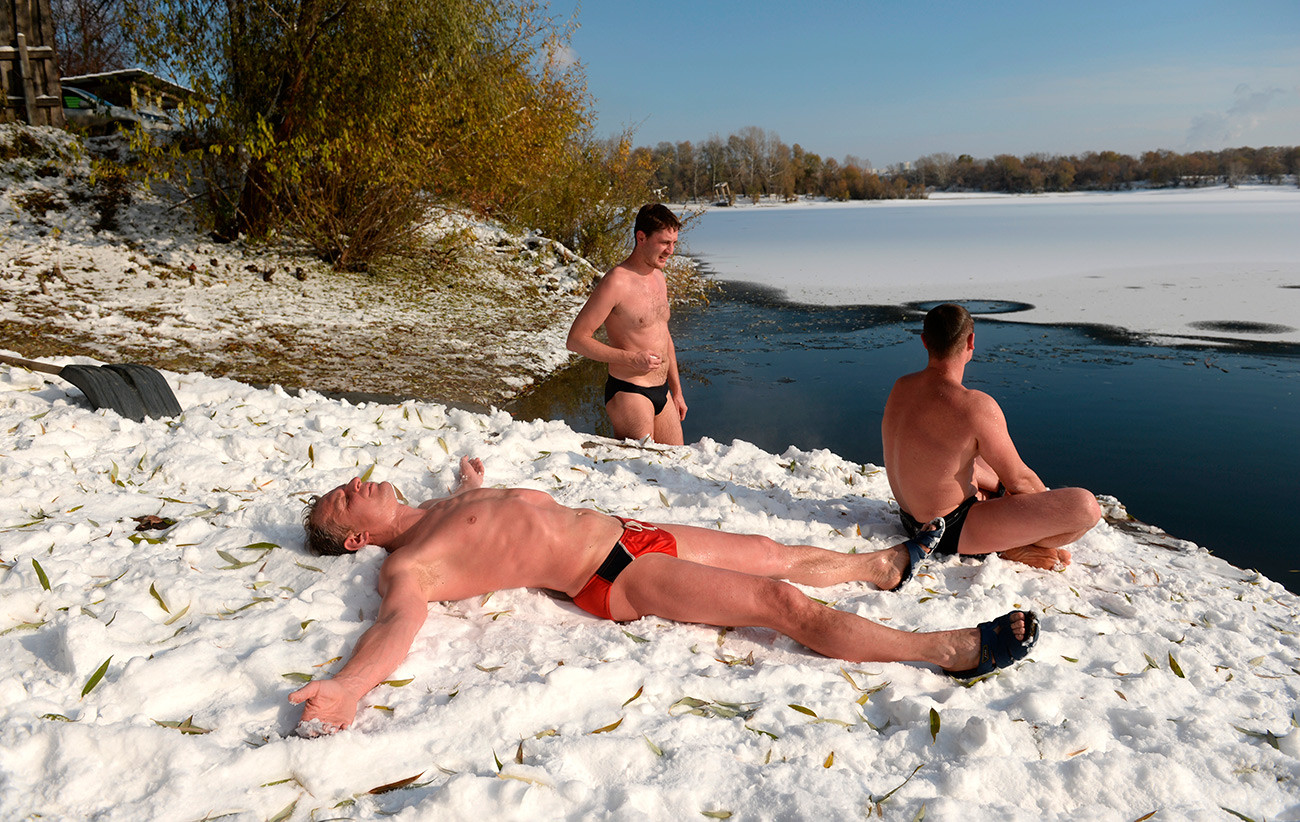 -30° – Politicians start thinking about homeless people. Your cat prefers to sleep in your pajamas.

-42° – Public transportation comes to a halt in Europe. Russians eat ice cream on the street. 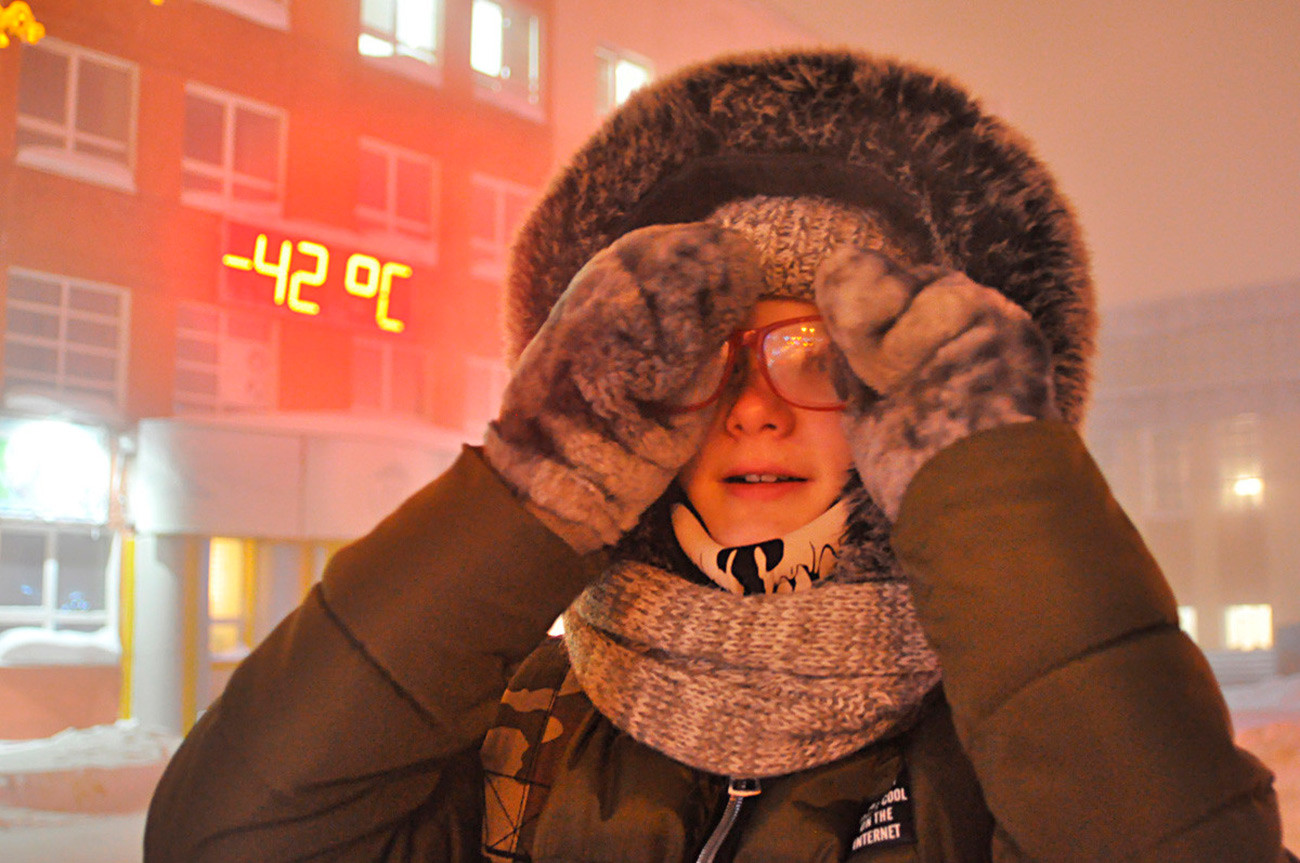 -45° – All Greeks die. Politicians finally start doing something for the homeless.

-50° – Your eyelids start sticking when you blink. In Alaska, people close the window in the bathroom.

-80° – Lawyers put their hands in their own pockets.

In fact, Russians suffer from cold just like anyone else, and we even have a separate text on this matter. Plus, in the northernmost regions, such as Murmansk, it’s even worse because in winter they have to survive the polar night and don’t see the sun for more than a month. That inspired this joke (with a bit of exaggeration):

Q: What did the police detective in Murmansk say to the suspect?
A: "Where were you on the night of September to March?"

Another popular joke about foreigners’ attitude towards Russia’s climate goes:

A student studying in Russia is writing a letter to his relatives: “During ‘green winter’ it was more or less OK, but when the white one started, things got really hard…” 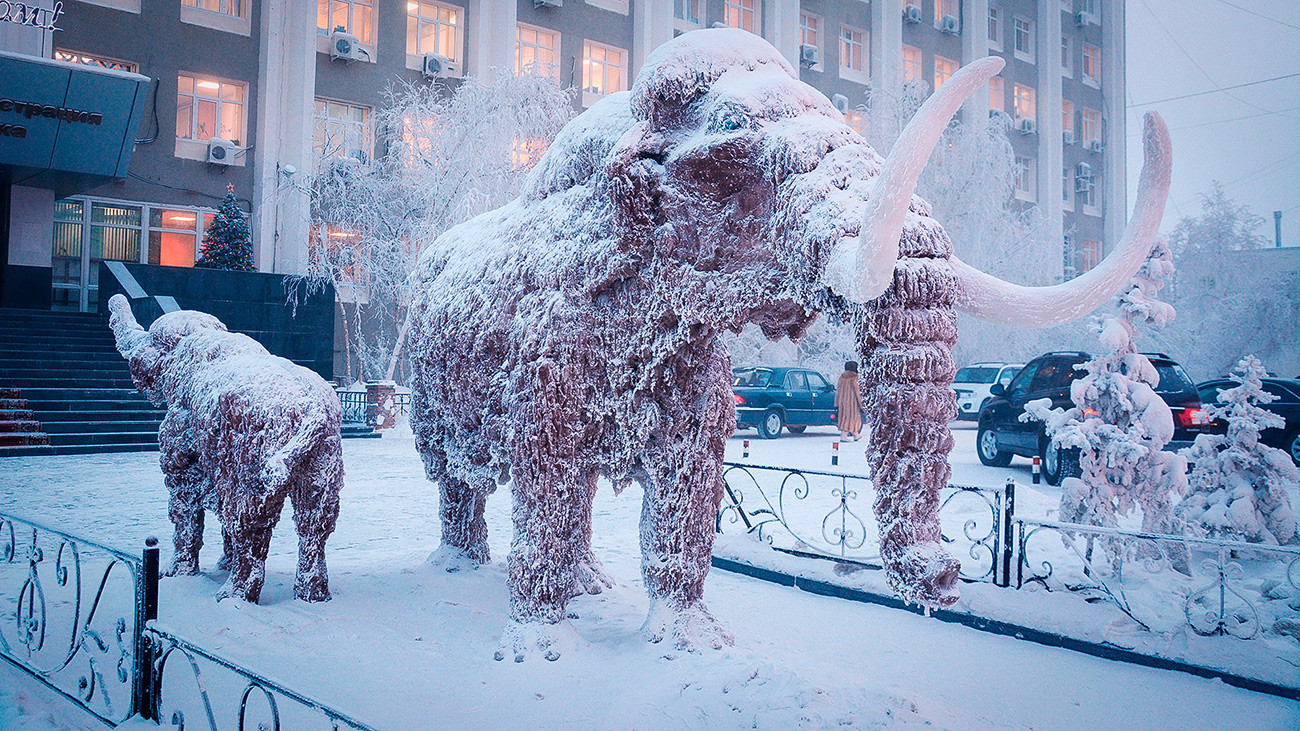 Some jokes look like cries for help. Try this one:

Once, a guy from Chukotka (a very cold region in the Far East) bought a refrigerator.

- Why do you need this? It’s cold enough!

Or this… actually, it’s all of them.

Such a shame no foreign enemy wants to invade Moscow. These magnificent frosts are going to waste 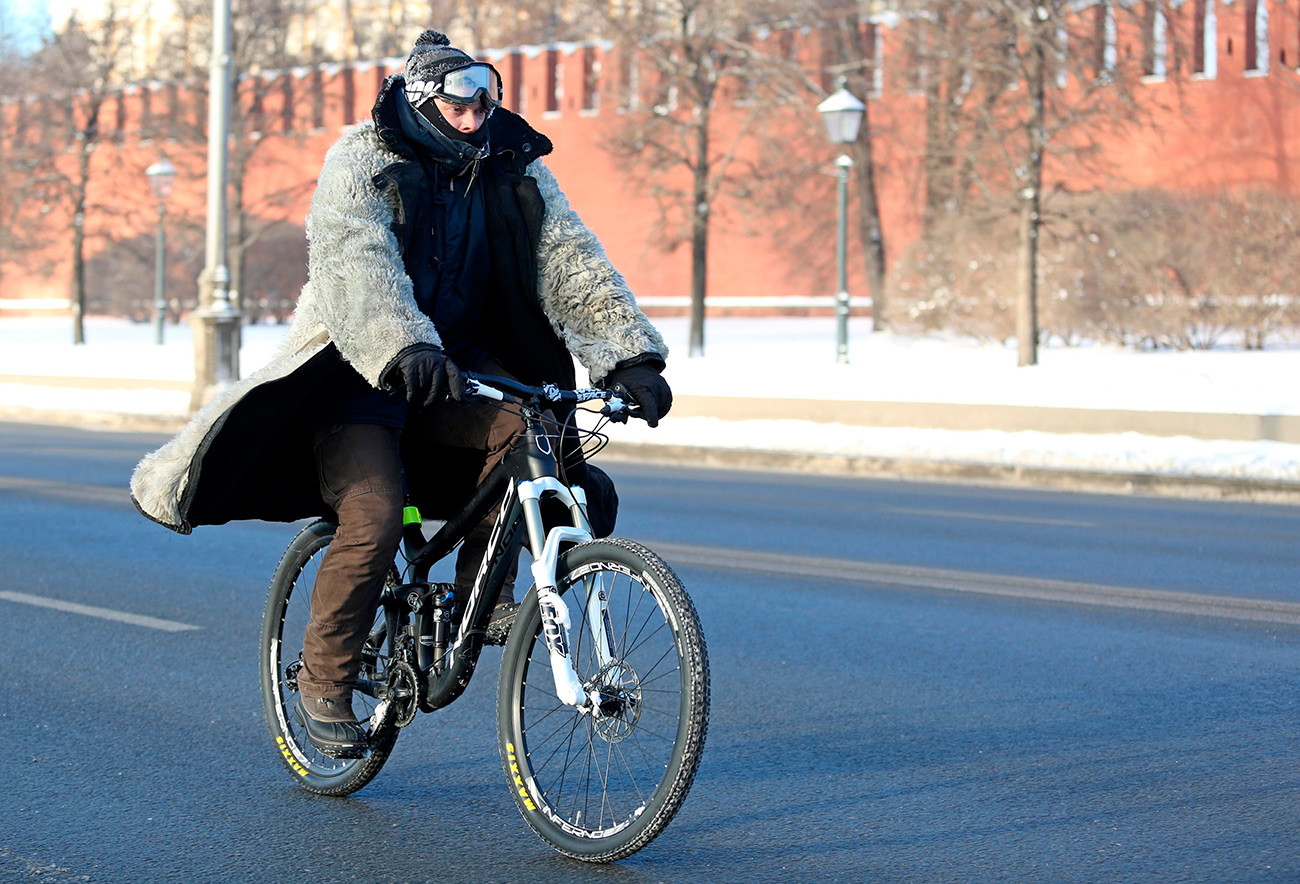 order not to freeze to death, people tend to be very inventive.

Winter. A corporate meeting at a Russian office. About 95 percent of workers caught a cold and didn’t come. The boss says:

- And now Mr. Ivanov will tell us how you manage to stay healthy!

- It’s simple; I don’t go outside for a cigarette. I just secretly smoke on the stairs.

And, like all northern nations, Russians love to mock warm-loving southerners who nearly have a stroke when several centimeters of snow cover their roads 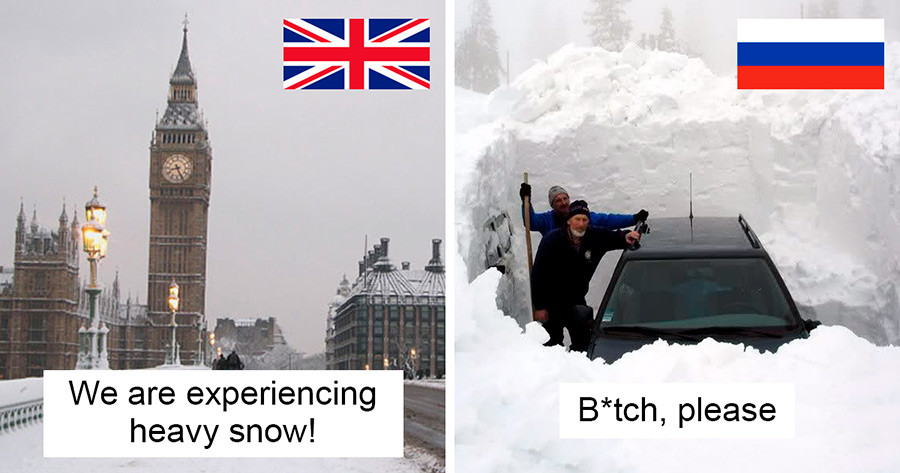 don’t fear. The Russian winter is really not that bad; – just follow these simple survival tips. Here and here.