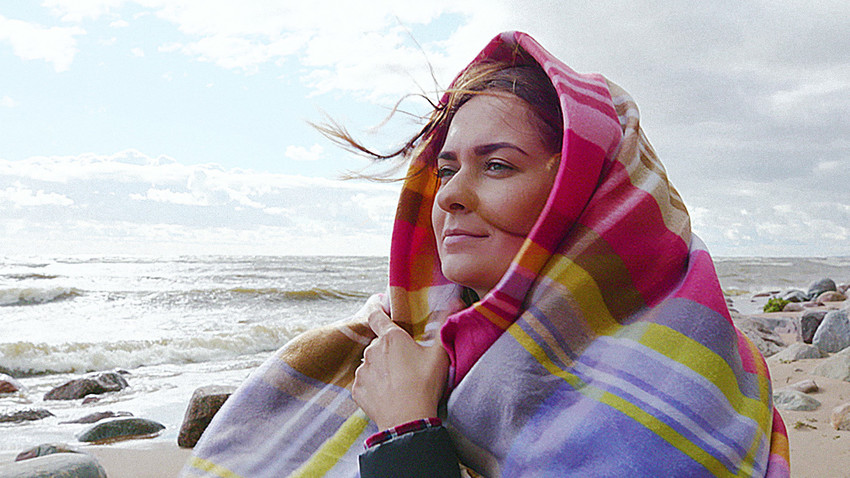 Vlada Nyukhtik, a 23-year-old from St.Petersburg is one of the four people Ask From the Sky helped to fulfill their dreams.

Pyatnitsa!
Some of these people are terminally ill, doctors say. Yet it doesn’t mean they have no dreams left to realize – and Russian TV show "Ask the Sky" has found a new language to talk about this.

‘What are you thinking about?’

‘Nothing. I just feel good and am not thinking about anything’

This is an excerpt from the Russian show Poprosi u Neba (Ask the Sky), a co-production of Pyatnitsa! TV channel and several non-profit organizations, where the presenter Semyon Zakruzhny is talking with Vlada Nyukhtik, a serious-looking 23-year-old woman from St. Petersburg. They are talking on the veranda of a small beach house in Italy, with the boundless blue sea in front of them.

Visiting the seaside and drinking a cup of coffee facing the waves was on Vlada's list of dreams. Vlada has carcinoma  - a type of skin cancer that may also affect the linings of internal organs. “Doctors say that her disease is terminal and now they are only doing their best to prolong her life,” says. She’s one of the show's four participants, each of them struggling with cancer 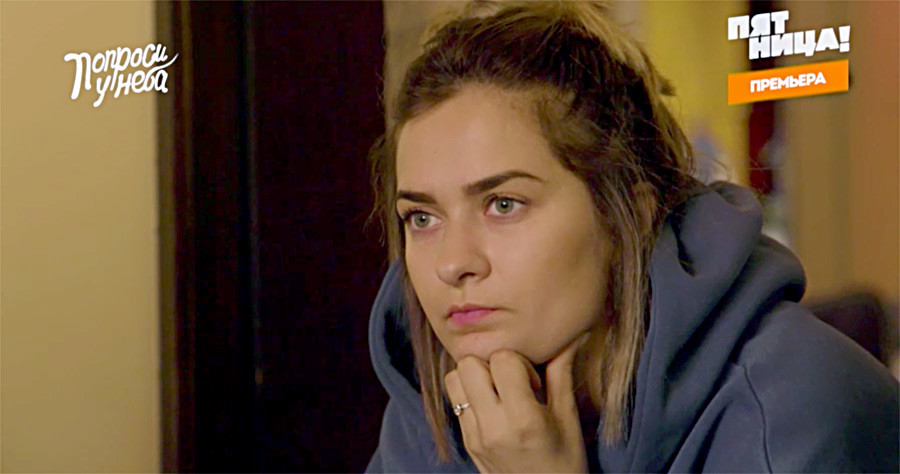 Vlada had a lot to go through, struggling with the disease.

by films like Knockin' on Heaven's Door and The Bucket List, Ask the Sky gives people devastated by cancer a chance to relax and live – as much as possible. At the beginning of each episode Zakruzhny asks the participant to write down their dreams and then the production team does everything they can to fulfill them, be it a trip to Italy, seeing an elephant or just having a family dinner with their parents. 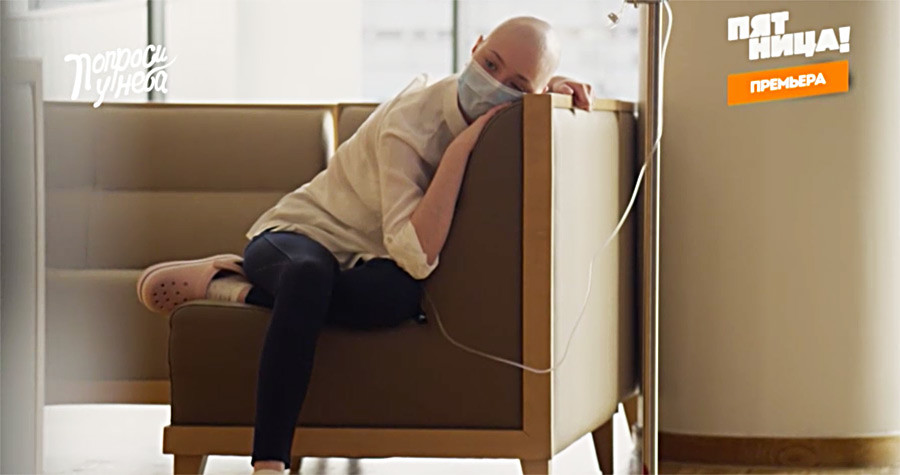 Yulia Yemelyanova, another participant of the Ask From the Sky show.

Russian TV, the tone and style employed by Under the Sky are quite unusual. treats cancer patients as friends, jokes and laughs with them, talking to them about life rather than death. That’s new: sadly, the prevailing public attitude towards cancer in Russia is less open.

Sometimes, people hardly understand what cancer is. In Dec. 2018, residents of a Moscow apartment house signed a petition demanding the eviction of several families whose children were suffering from cancer, saying they were worried it might be contagious, which is medically impossible. 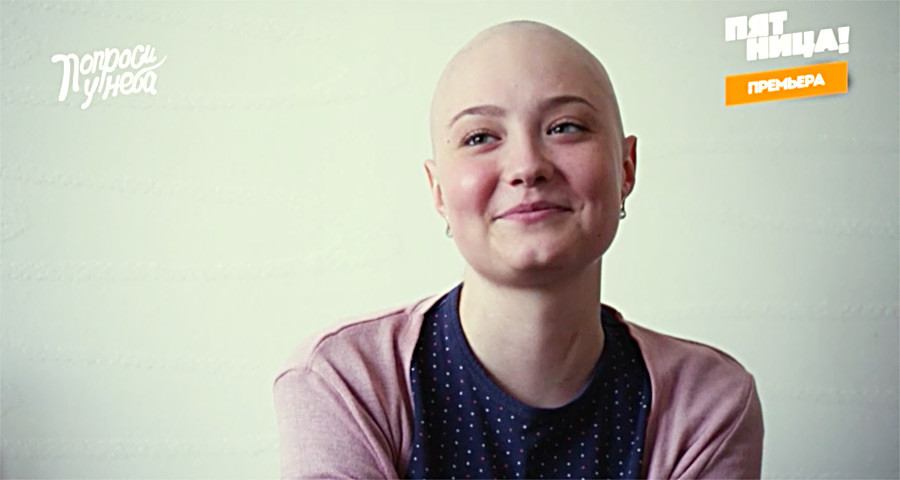 The other challenge is a lack of understanding: talking with cancer patients, people often adopt a tragic attitude, which only worsens the situation. “Each of our participants told us that pitying them only makes things worse. They don’t want to be pitied. They are human beings, just like the rest of us,” Zakruzhny told Russia Beyond.

Knowing how to talk about cancer, including with people suffering from the disease, is crucially important. According to World Health Organization statistics, cancer (all types) is one of the most widespread diseases in the world and the second biggest cause of death. “Many of us will face cancer sooner or later – so it’s important not to make the situation even more stressful for patients with pitying and weeping,” explains Zakruzhny. 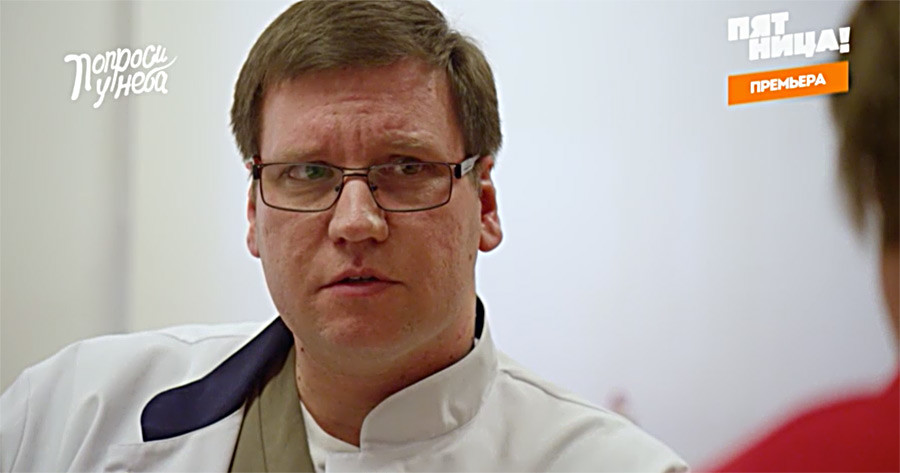 Oncologist Alexey Pshonkin is one of many doctors who helped to create Ask From the Sky and supervised the patients carefully.

with such a delicate matter, Pyatnitsa! - which is famed for its entertainment shows (its name means “Friday!”) -  had to tread carefully. Closely collaborating with charitable foundations, they chose four patients who doctors would allow out of a hospital for short periods. They then agreed deals with the participants.

Fulfilling dreams of people whose life is at risk is not easy. In the first episode of the show, Yulia wished to go to Georgia but couldn’t make it – her doctor said it was just too risky for her. This happens a lot, so the producers had to be very flexible, adjusting show schedules according to the patient's condition.

"Dreams should not kill,” Alexey , a doctor caring for two of the participants, emphasizes. In Ask the Sky, doctors always have the last say. 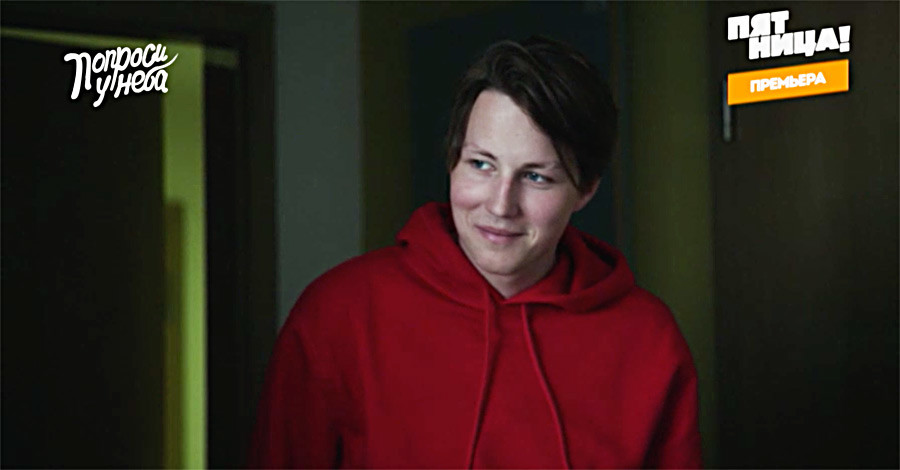 each episode, the audience sees how people depressed by the course their lives have taken - overwhelmed by chemotherapy, medication round-the-clock care, begin to blossom again. They smile and laugh, talk about the future and how they want to live their lives – no matter how little time the doctors say they have left.

After going to Italy, Vlada, who likes to paint, but used every day to sit on a couch in some kind of torpor, was full of plans and the joys of life. “I’m going to live my life differently,” she says. As of December 2018, she continues to live actively, painting and fighting the spread of her disease.

So do the other participants of the show – by now, there are four of them. “Even talking off camera, they told us that we helped them to live one of the happiest days of their lives,” says. 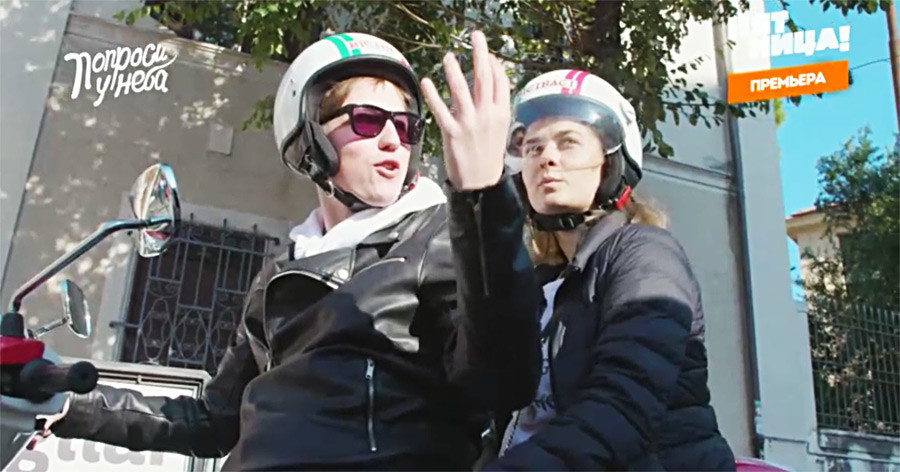 , the prospects for the show for now are as unpredictable as life is for its heroes. “It was a social project, aiming at speaking to a young audience about important issues, without tragic overtones,” Zakruzhny adds. “We were not thinking about ratings; I’m not sure if Russian society is actually ready for such a show. I hope that this show will live on in one form or another but for it’s too soon to say anything.”

With only four episodes produced and aired, Ask the Sky is already seen as an unusual example of a socially oriented entertainment show. Yekaterina Shergova, director of the Podari Zhizn charity, which works closely with cancer patients, says: “I thank this show for giving another view of our patients – not through the lens of pity but with admiration for their courage and wisdom.”