So, what do The Russians think of Trump? 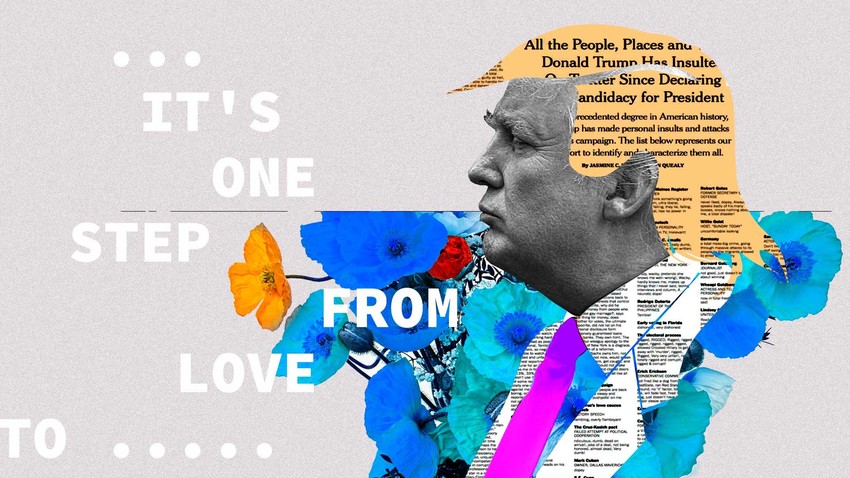 Alexander Kislov
An American writer living in St. Petersburg wanted to get the Russian take on the ‘Kremlin collusion’ conspiracy theory that’s now popular in the U.S. So, he talked to some locals about the American president and his purported cozy relationship with Vlad.

When I visit home, Americans often have a single question for me. It always happens the same way. They smile at me, as though we are children on the verge of sharing a secret, as though I am about to provide them with a secret dagger-nugget of information that they can later use to shank their unsuspecting, less-informed friends and family.

Psychologist, 46: In general, it's a result of the simplification of people's thinking, the result of less reading, less actual thinking and reflecting, providing content in mass-media in favor of more simple populist solutions.

They ask: “So, what do the Russians think of Trump?”

And they’ll say something like, “well, it’s their fault we got ‘em.”

I am always bothered by this, and every time I make a digital left-or-right online, there is some new article about THE RUSSIANS, and how they’ve done this or that.

This is a way for us Americans to spoon-feed ourselves denial - to coddle ourselves with an argument that boils down to this: “well, we ignored all the signs because Russians are really good at creating clickbait.”

Russians, on the other hand, bring up Trump in a different way. When they find out I am American, they get this look in their eyes, like we are at a parent-teacher meeting and they’ve just realized that I am the parent of that kid.

Egor, business owner, 32 years old: Since I always try to believe the best in people, I think those who elected him are not quite truly his supporters in every aspect; he just happened to be a ticket against the establishment and also a strong signal to the other side of the electorate how socialism is unacceptable on American soil. He's a symbol of that sad worldwide tendency of democracies to fall before cheap populism. A plague on both your major parties and the way they radicalize American society. I believe the competition between the Green and the Libertarian party, instead of what you have now, would best serve your country.

And then they ask me, “so, why did you elect Trump?”

It isn’t a collective you, or a royal you, it is like, why did I personally cast 300 million votes to put a mustard stained two-dollar tie in the White House.

When a friend here in St. Petersburg asked me this, I said, “Why do Russians always phrase the question like that, as if I am the one who put him in office; then I go home to America and everyone is blaming you guys.”

He laughed at this, and said, “after going on about choice and democracy so much, Americans should feel individually responsible; most of the world doesn’t get a choice. Trump makes me think that the majority of U.S. voters are uneducated and right-wing.”

And when I thought about it, I couldn’t see a reason why he should think differently. In much of the world, people don’t get to choose their leader, and this is an accepted reality of life, that politics is a game for those with enough pieces and money to play. But, by propagandizing the democratic process of everyone’s right to vote (despite being a representative democracy), America has invited blame for their leader on an individual level. Yet, instead of accepting this blame, Americans have shifted this onto Russians, and so I asked how Russians felt about this and the response was almost universally preceded by a fit of laughter. Then, most commonly:

“Russians don’t care.” And numerous Russians have followed this with, “he’s a joke.”

One reader responded with the results of a university survey of 3,000 Russians aged 18 to 60 who were interviewed (1,674 men and 1,326 women) in September 2016. This, among many other things showed that less than half of Russians considered Trump a strategic ally, and this percentage dropped to 17% two years later.

Similar to American inclinations at the time of the election, a slight majority of those surveyed saw Trump purely as a businessman; someone different from the status quo. Two years later, participants answered as follows:

Yulia, studying architecture, 20 years old: The way Trump is depicted in the mass media is as a sort of funny political character. That’s just it. A funny angry rich guy with a bad choice of hairstylist. No one actually talks about or even knows what his political agenda is, and why it is such a bad thing that he is president. They just kind of know that the American people don’t like him very much. Also, I can assure you that Russian people mostly like the fact that he was elected. Most Russians perceive him as a similar figure to Putin - an authoritative white man who the rest of the world hates. Some even believe that Putin had something to do with the election results.

One friend summed it up saying, “the attitude towards Trump is humorously positive - just another thing that we can kindly make fun of, and another sign that Americans are on their way to failure as a nation and this president is assisting that failure.”

I asked, “yeah, but a lot of people say that Trump worked with Russia and is too close with Putin; what do you guys think about that?”

He shrugged and said, “Trump is a clown. Though, a funnier one than Putin. Trump is like Will Smith in Men in Black, while Putin is a grumpy and serious friend of his.”

As an American I can say that no matter what role Russia played in Trump’s rise to power, they didn’t make Trump a sexist, a racist or a bombast. Yet, all Americans want to know now is: “Did Trump collude with Russia?” As if it is the only nail that matters in the coffin of this chapter in American history.

As to the general sentiment of Russians, especially the younger generation, towards Trump, it is similar to how everyone feels when the bully on the playground has a laughable new haircut, or in this case, a toupee made of horse nightmares.

Benjamin Davis, an American writer living in Russia, explores various topics, from the pointless to the profound, through conversations with Russians. In his previous article, Benjamin explored Russian feminists who have to fight not only for their rights but also for the right words. Next time (April 1) he will explore why small talk does not exist in Russia. If you have something to say or want Benjamin to explore a particular topic, write us in a comment section below or write us on Facebook.