Nuclear winter: Will Russia and the U.S. destroy the world? 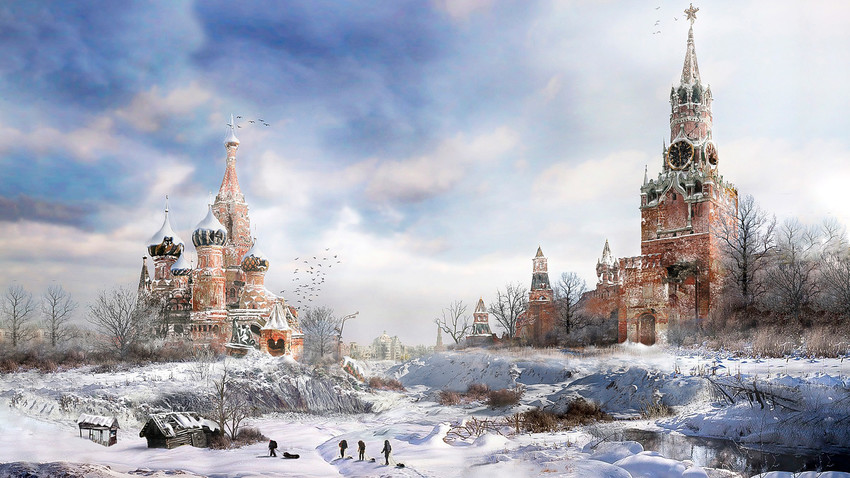 Such images by Vladimir Manyukhin, a Russian artist, vividly show what the world would probably look like after a nuclear war.

Vladimir Manyukhin
In the 1980s, both Russian and American scientists concluded that a nuclear war would entirely destroy life on Earth by instigating sudden and drastic climate change. Still, some skeptics think the threat of nuclear winter is overblown.

Imagine the following: Moscow and Washington fail to reach a diplomatic solution to their conflicts, and then unleash their nuclear weapons. They annihilate major cities, turning them into seas of fire: at such high temperatures even ferroconcrete incinerates. Conflagrations are so wide-scale that they create firestorms which not only kill every breathing creature but also throw a great amount of soot into the atmosphere. And that’s where the real problems begin. 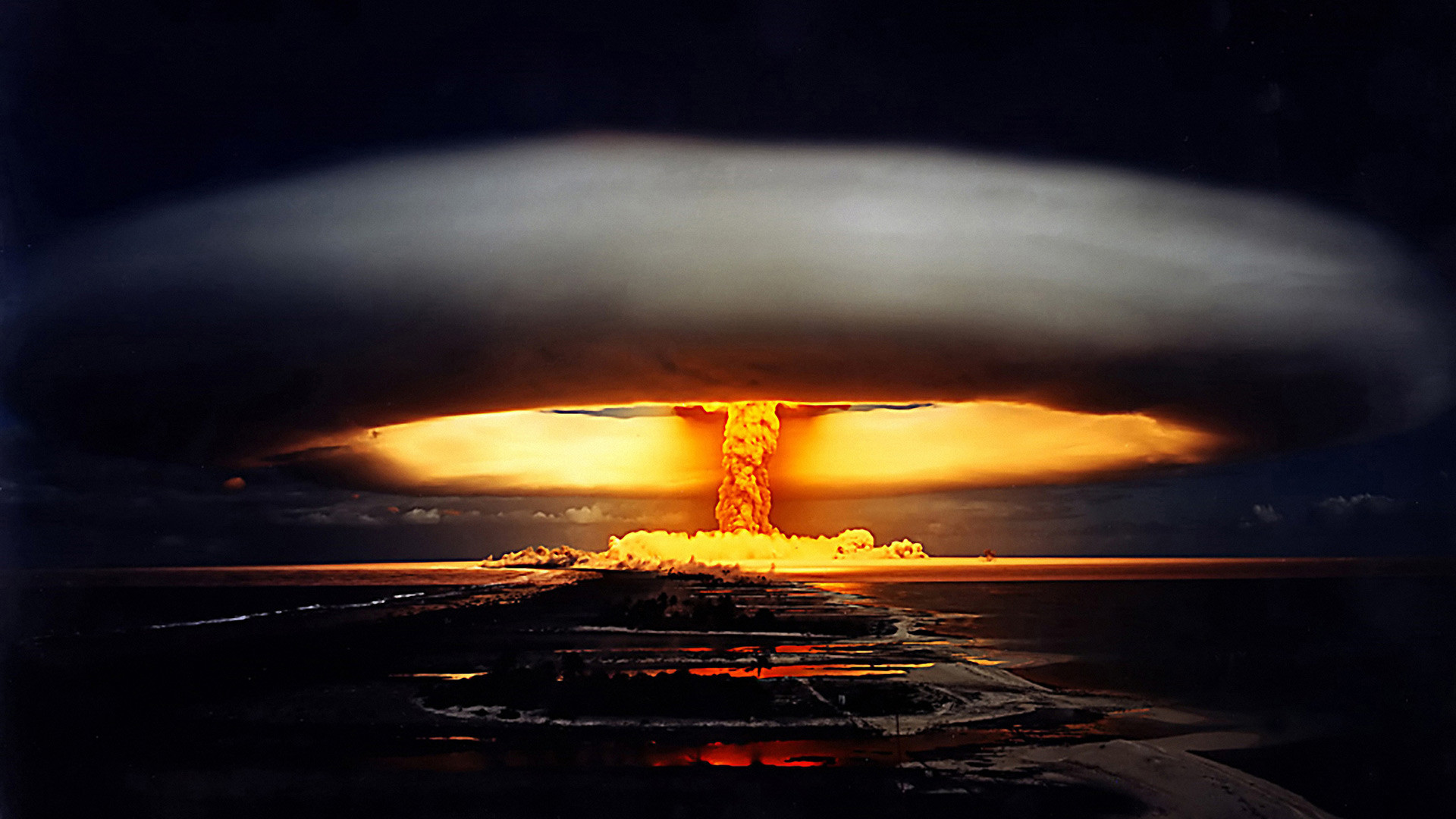 A nuclear mushroom is always a breathtaking yet deadly view.

Soot and dust rise to the stratosphere where they form dense layers of clouds that block sunshine. “After the soot clouds are formed, sun rays don’t reach the ground which leads to an abrupt cool-down,” wrote Soviet mathematician Nikita Moiseyev, who led the development of a mathematical model of the environmental consequences following a possible nuclear war in the 1980s.

“According to our calculations, in the first month after a nuclear war the average temperature on Earth will decline by 15-20 degrees, perhaps even 25 degrees Celsius, and then continue to decline for several months,” Moiseyev added.

The model he developed with his colleagues assumed that a nuclear conflict would take place in the Northern Hemisphere; thus, the U.S., Europe and the USSR would be utterly destroyed by nuclear bombs with an equivalent of  5-7,000 megatons of TNT.

In this scenario, of course, nothing good can be expected for the rest of the planet. For several months a “nuclear twilight” – a constant night with no sun – and “nuclear winter” would prevail, freezing the ground at a depth of several meters, depriving any survivors of freshwater. Add to this a global dome of soot that would cover Earth for months, as well as tremendous amounts of radiation, storms and typhoons that would crash onto shores due to climate perturbations and mass famine – death would be inevitable for every living creature.

“Humanity won’t be able to survive a nuclear winter,” stated Moiseyev. “No one would remain alive to witness the post-nuclear spring.” 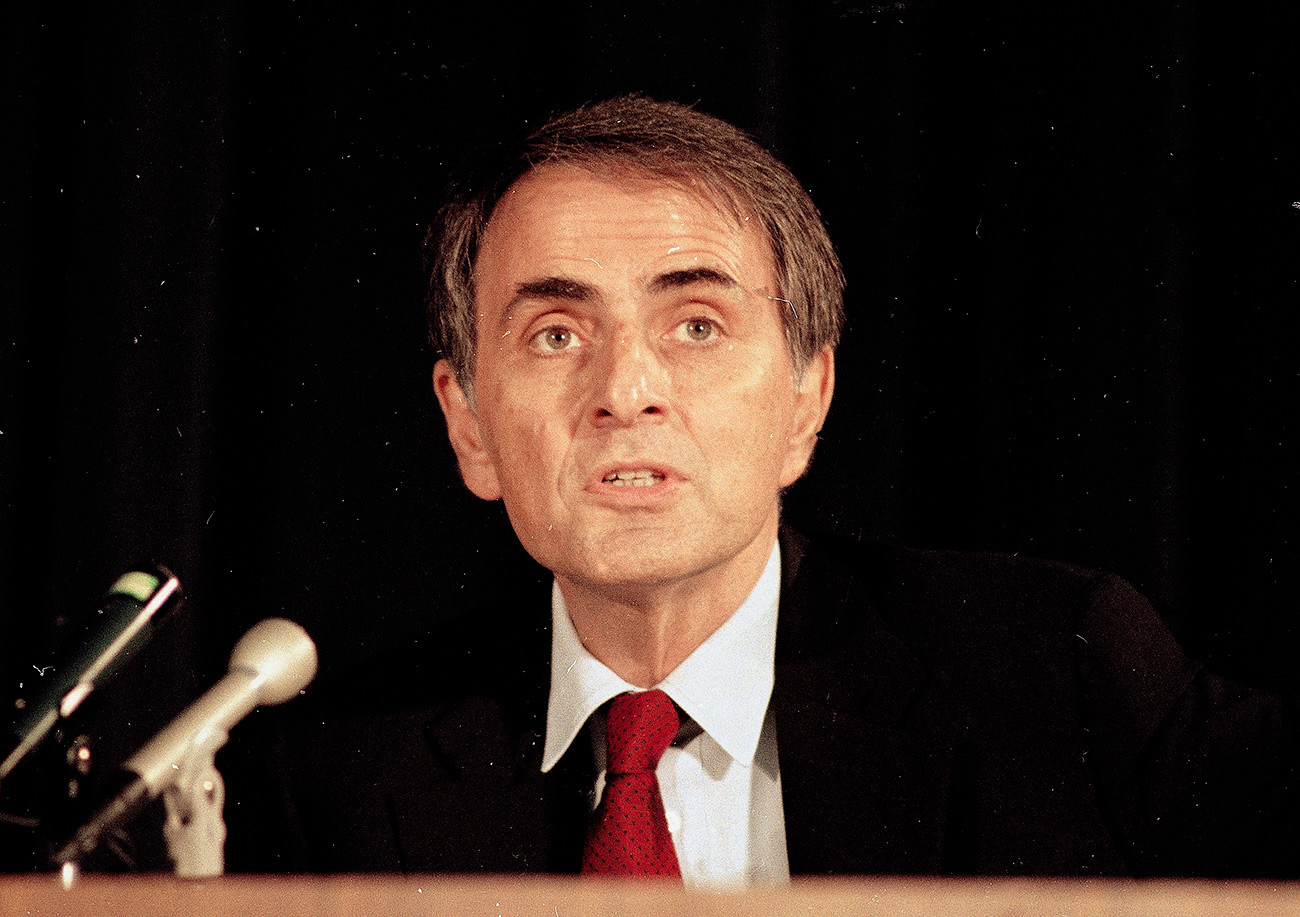 Dr. Carl Sagan, an American scientist who told the world about the nuclear winter prospects in the 1980s.

Moiseyev’s words came from his Development Algorithms, which was written in 1987. Several years before, in 1983, two separate groups of scientists – American and Soviet – came to the same conclusion, and first conceptualized the hypothesis of a nuclear winter.

In the U.S., Dr. Carl Sagan, a famous astrophysicist who spoke out loudly about nuclear war, published an article in October 1983 in Parade, a popular magazine with a 10-million reader audience. “We have placed our civilization and our species in jeopardy,” Sagan wrote, describing the horrifying consequences of nuclear war.

Later, along with his co-authors, Sagan published an article in Science, explaining the possibility of a nuclear winter to professionals around the world, but the Parade article was perhaps more important because it alarmed ordinary Americans. 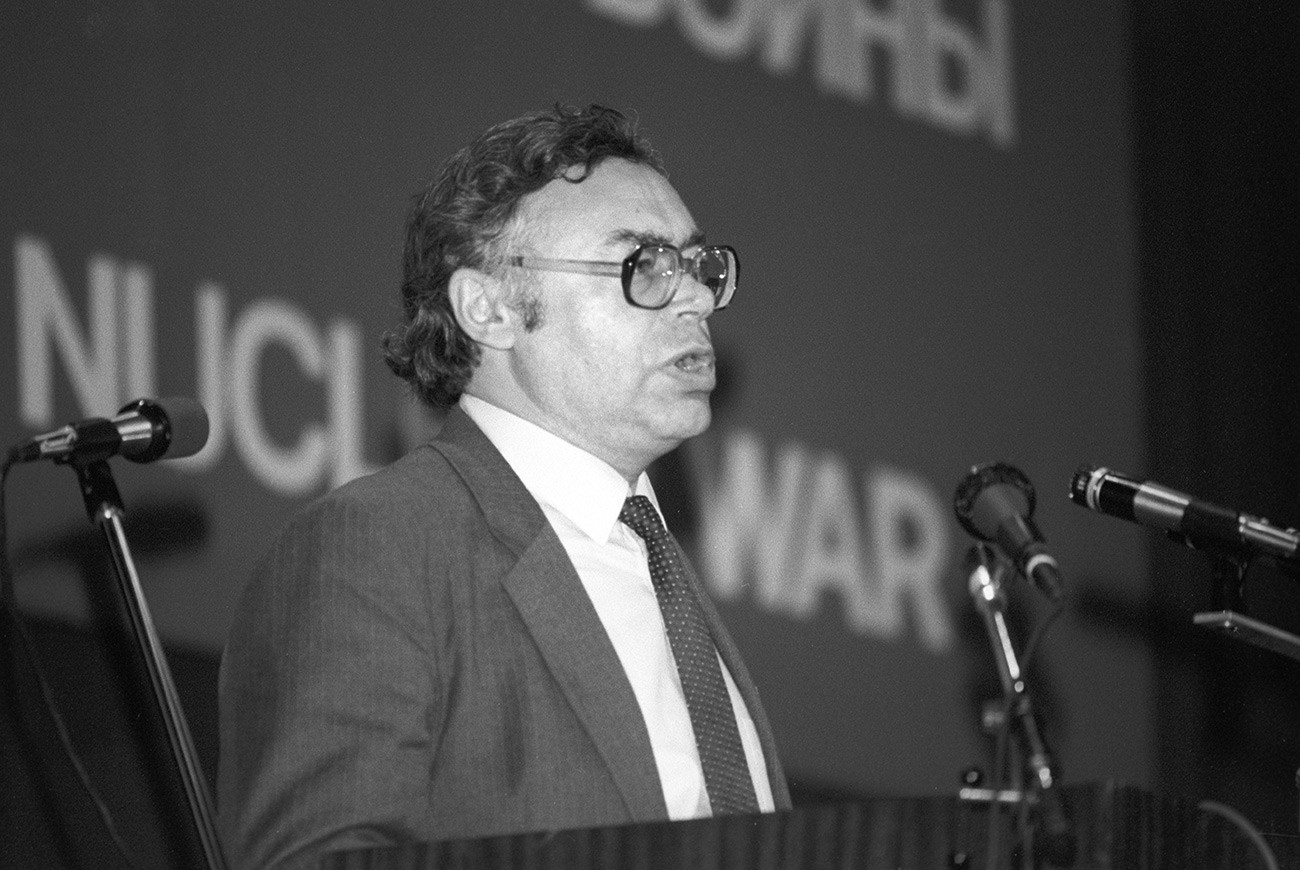 Georgy Golitsyn, a colleague of Sagan's, whose research showed the dangers of a nuclear winter.

On the other side of the globe, Soviet atmospheric scientist Georgy Golitsyn presented his research on the global cool-down after a nuclear war – in fact, even earlier, in May 1983. It was no coincidence: Golitsyn and Sagan knew each other well; they both studied the atmosphere, including on other planets, which eventually helped Golitsyn to model the possibility of a nuclear winter.

“I understood what happens when there is a lot of dust in the air because this can be regularly observed on Mars,” Golitsyn says. “During global dust storms, the temperature drops significantly, simply because the sun’s rays don’t reach the ground.”

Golitsyn implemented the analogy to later construct a theory (in 1984) that was then confirmed by more thorough research made by Nikita Moiseyev. 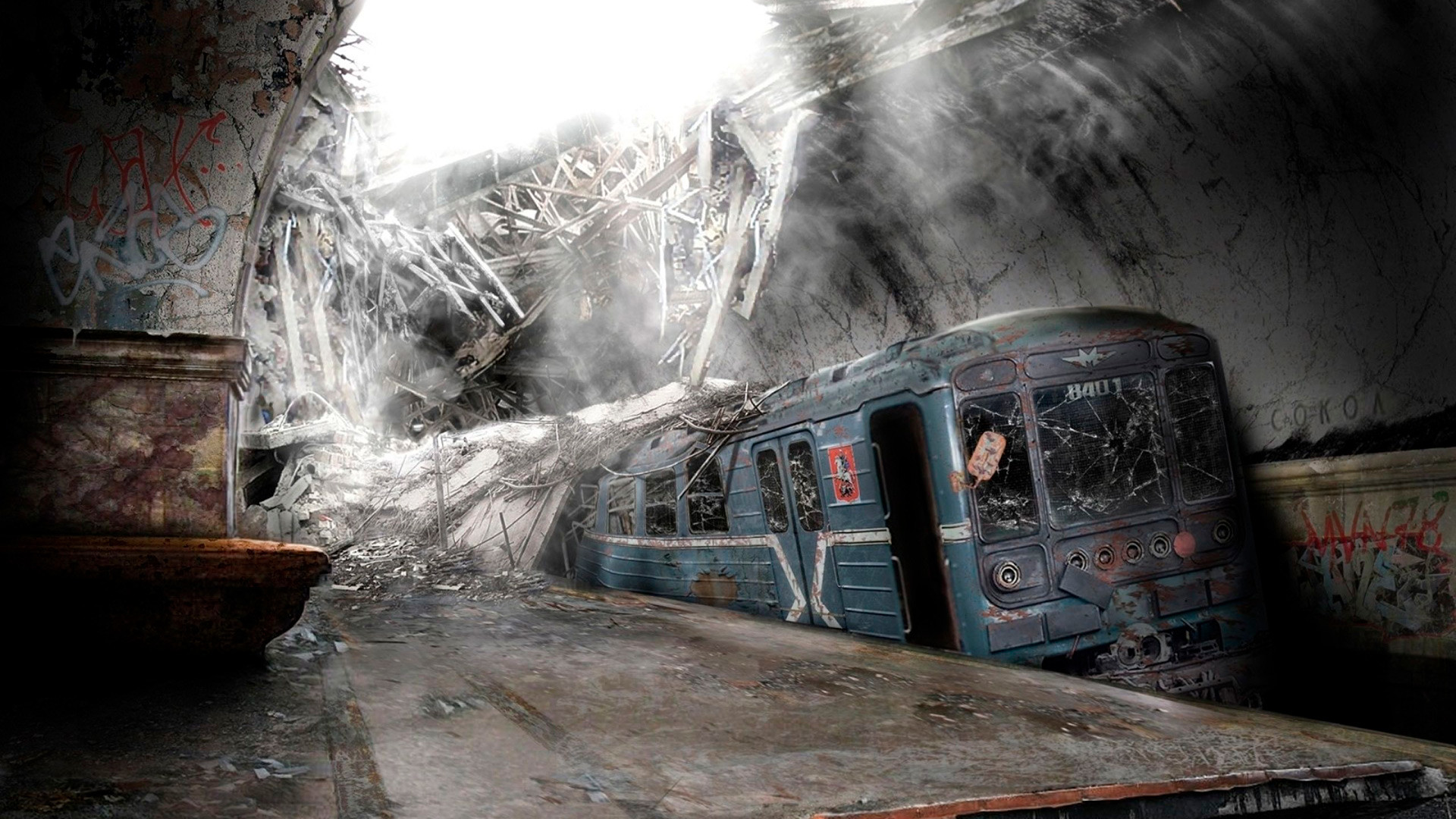 In the 1980s, the concept of nuclear winter shocked the world. By that time, the Socialist bloc and the West were on the brink of a military conflict, with U.S. Pershing missiles deployed in Europe, able to reach Moscow in 8-10 minutes. News of a possible nuclear winter added to the global sense of fear.

This led to changes. In 1985, Mikhail Gorbachev and Ronald Reagan stated after their first summit in Geneva: “a nuclear war cannot be won and must never be fought.'' In less than a decade, the Cold War was over and the possibility of a nuclear war between Russia and the U.S. became far less likely. But since that time the question remains – was the nuclear winter concept accurate?

Several scientists heavily criticized the research conducted by Sagan, Golitsyn and Moiseyev as faulty and questionable. “The computer models were so simplified, and the data on smoke and other aerosols were so poor that scientists could not say anything for certain,” the American Institute of Physics noted in 2011. 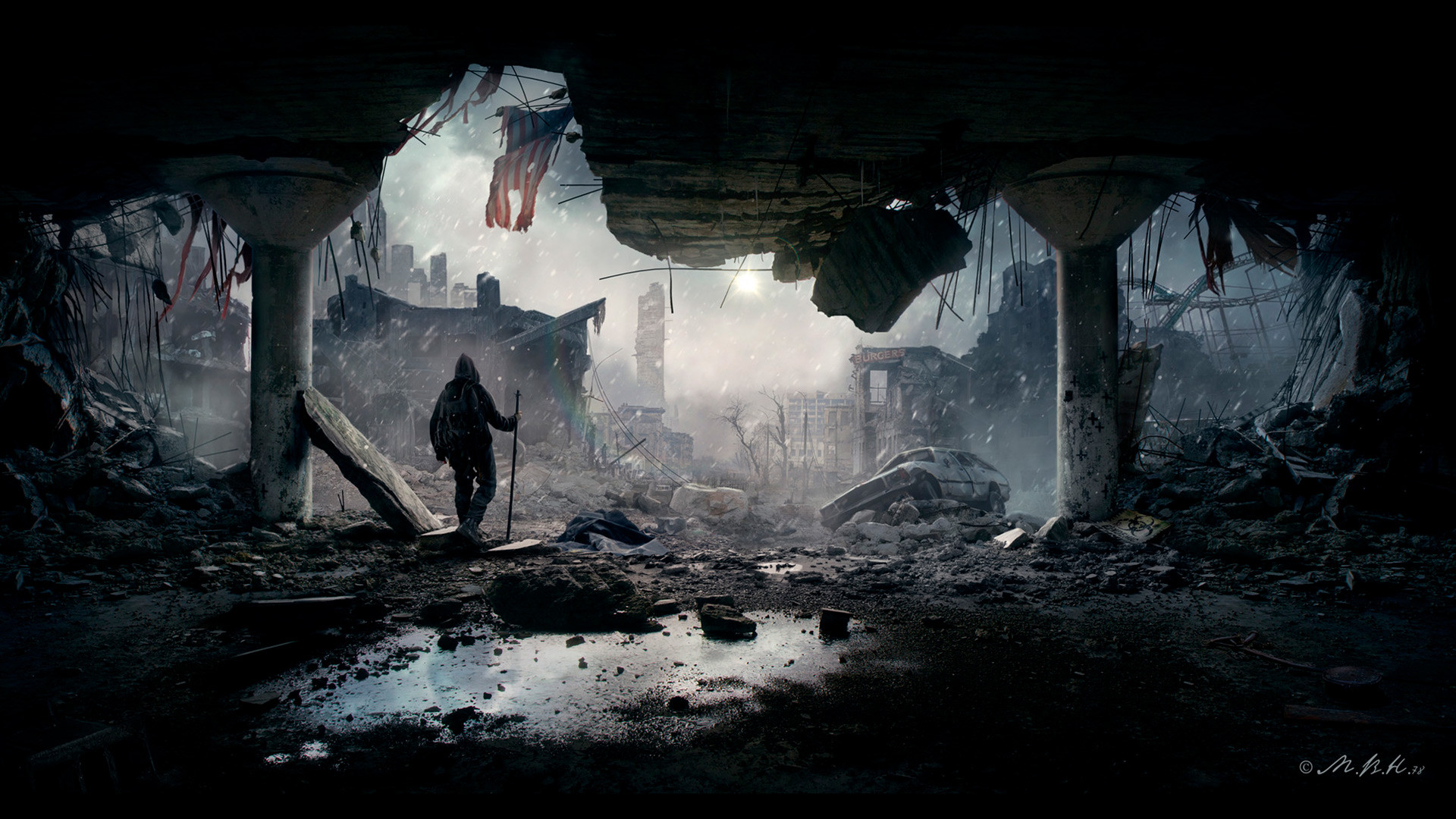 Furthermore, the consequences of the First Gulf War (1990-1991) weakened Sagan’s position in the U.S. He predicted that the raging fires from the oil wells would result in an effect similar to nuclear winter, with global temperatures decreasing by several degrees, probably causing a “year without summer,” like the infamous one in 1816. None of this happened, however.

“I always considered ‘nuclear winter’ to be a hoax and scientifically incorrect,” said Dr. S. Fred Singer, Sagan’s chief opponent, after those events in the early 1990s. In Russia, the nuclear winter hypothesis is also disputed. For instance, Sergey Utyuzhnikov from the Moscow Institute of Physics and Technology, in his 2001 article, Simulation of Pollution Spread over Conflagrations in the Atmosphere, stated that most soot and dust will stay in the lower atmosphere without reaching the stratosphere.

“The impurities are washed away by rains without having any serious impact on the climate,” Utyuzhnikov says, denouncing the nuclear winter hypothesis. 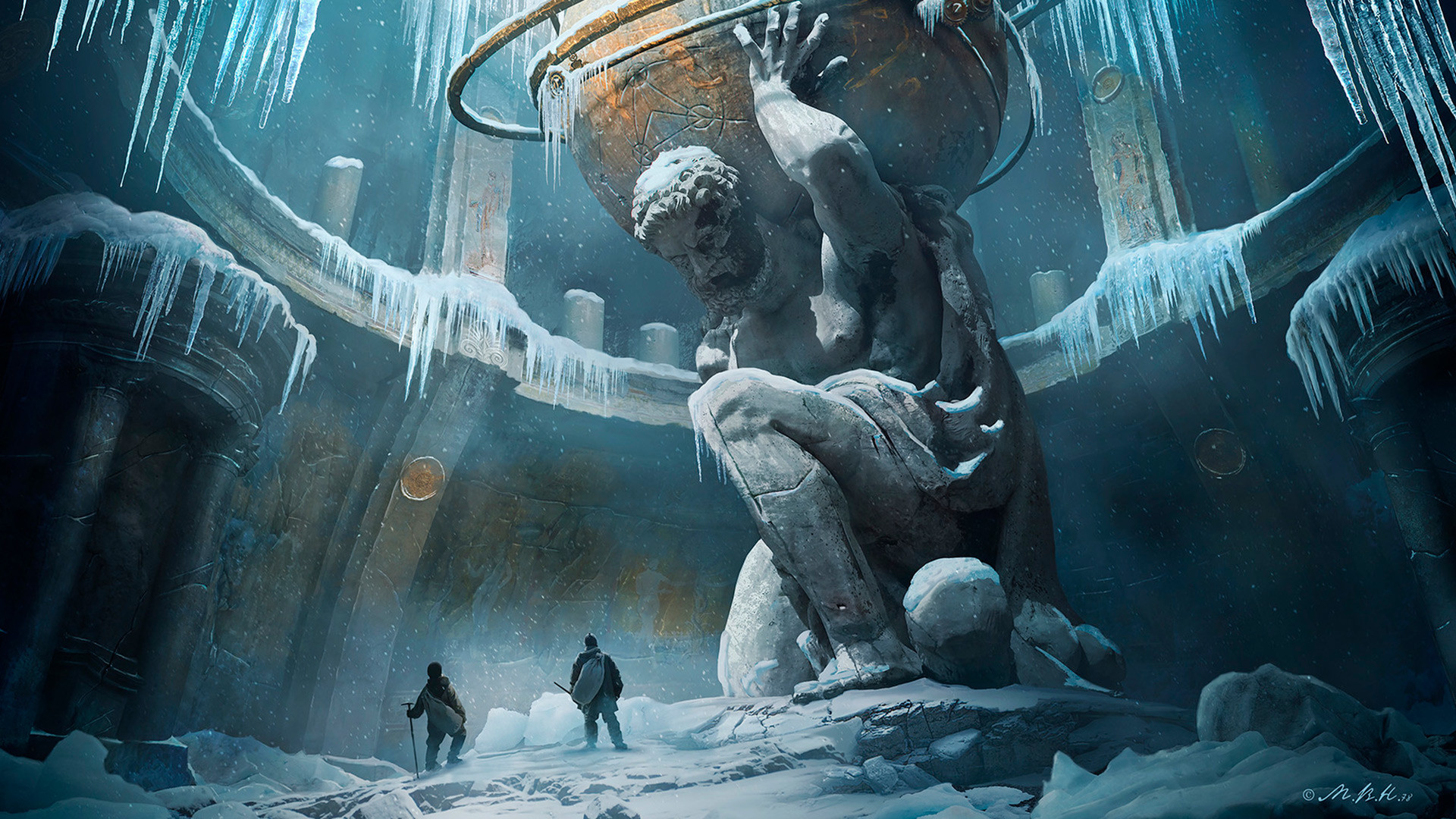 Nevertheless, such valid criticism doesn’t mean that the nuclear winter hypothesis has ceased to exist: in fact, it still has many supporters. For instance, in 2018, Joshua M. Pierce and David C. Denkenberger published an article where they stated that the use of any number of nuclear warheads above 100 would result in a global climatic catastrophe.

The discussion continues and probably won’t end soon. Of course, there is only one way to find out for sure if the nuclear winter hypothesis is true – start a nuclear war. But hopefully, mankind will have the common sense not to want to find out.