Did you know that Russia has its own White House? 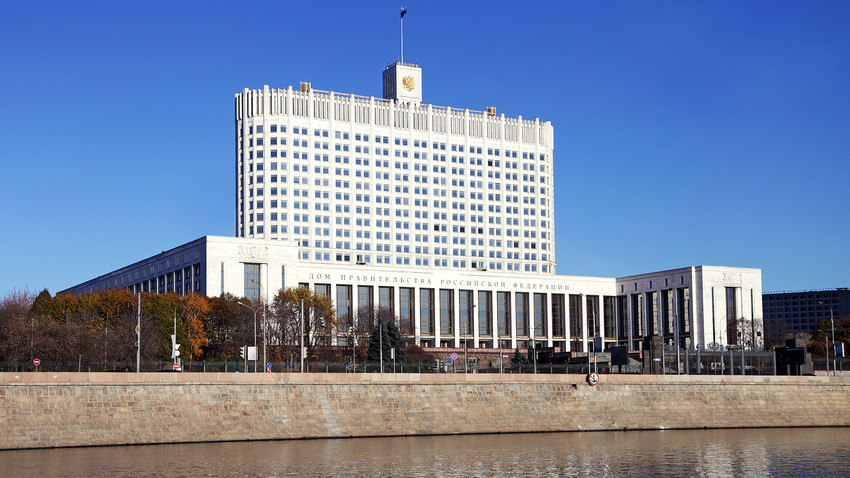 Getty Images
The building on the banks of the Moscow river has witnessed the fall of the Soviet Union and was attacked by tanks in 1993. Some even reckon it has its own underground passage to secret Metro-2!

Washington is not the only city that boasts a White House. The Russian capital has one too – it sits proudly on Krasnopresnenskaya Embankment on the Moscow River. You can’t miss it! 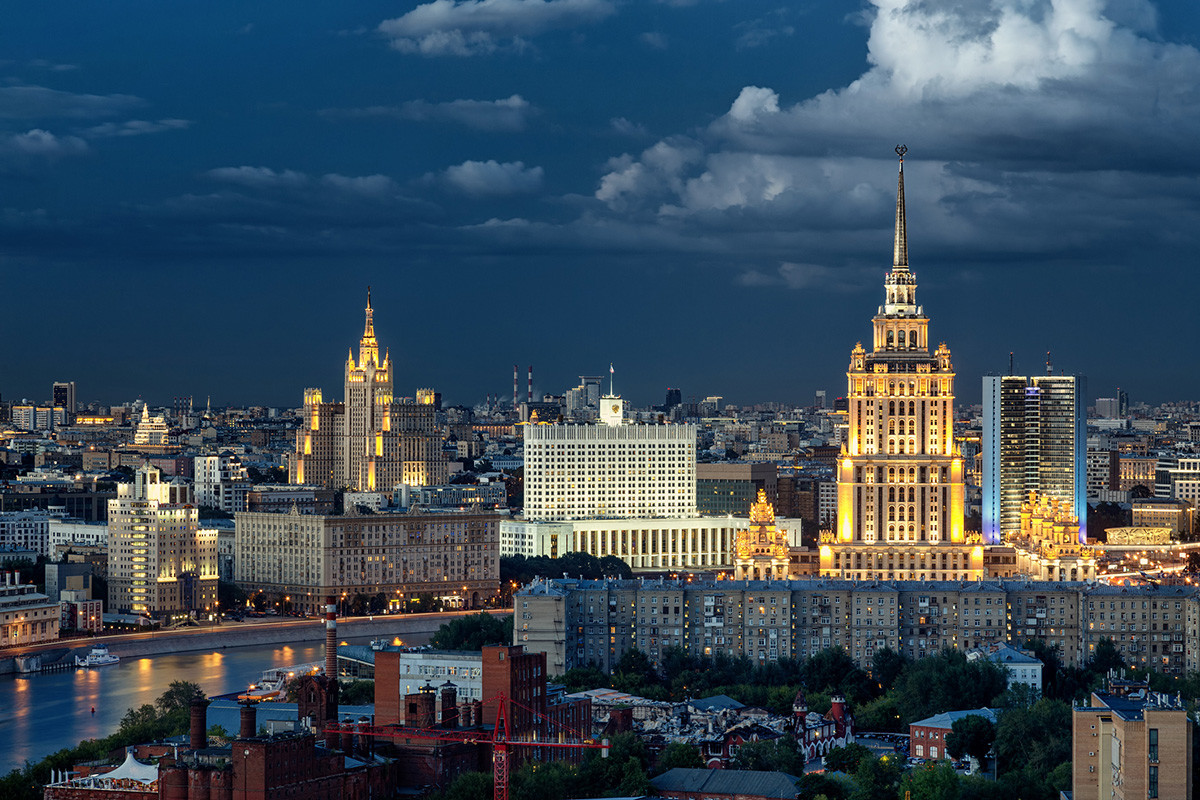 The building houses the offices of the government of Russia, including Russian Prime Minister Dmitry Medvedev’s workplace. Formally it’s called the House of the Government of the Russian Federation, but it’s also known as the Russian White House. 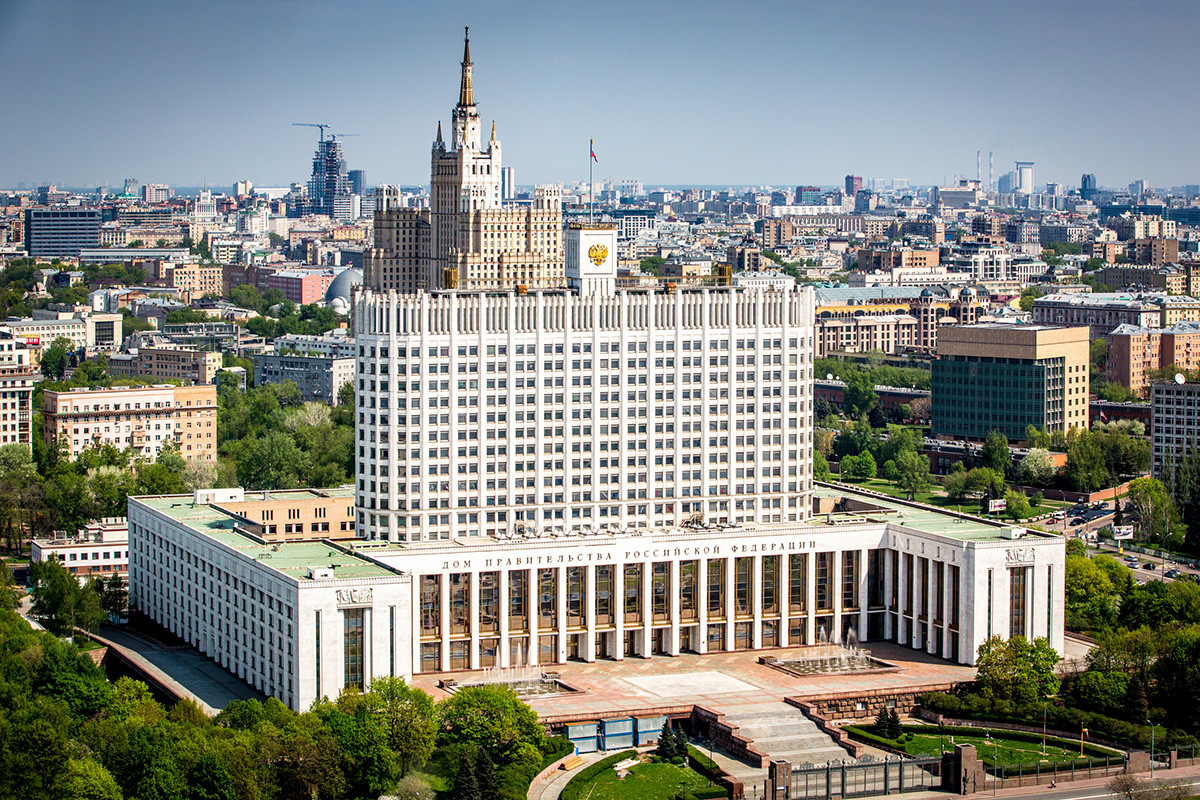 Built in 1981, the building was initially called the House of Soviets and hosted the Supreme Soviet of Russia until the 1993 constitutional crisis. Back then, the White House was attacked by tanks on Russian President Boris Yeltsin orders during a heated political stand-off with the Parliament.

The conflict was resolved by force, but the building required serious restoration work, which, according to some estimates, cost more than the initial construction. Following the repairs, the building continued to serve as the office of the Russian government. 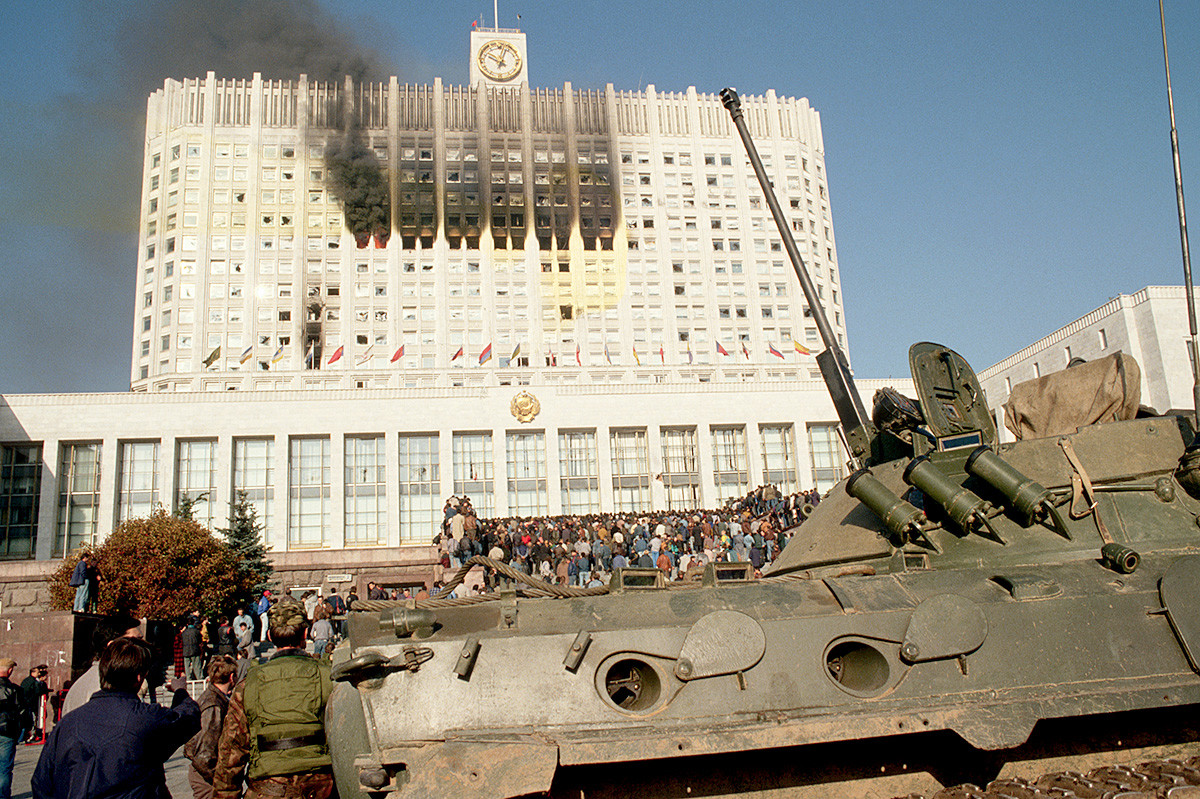 As Vitaly Mazurin – one of the architects of the original project – recalled, the initial construction of the building was technically very difficult. “I was involved in the construction of the underground levels of the future White House. There was a very complex three-level construction. Large spaces should have serviced car parking, ventilation systems, cooling equipment…” 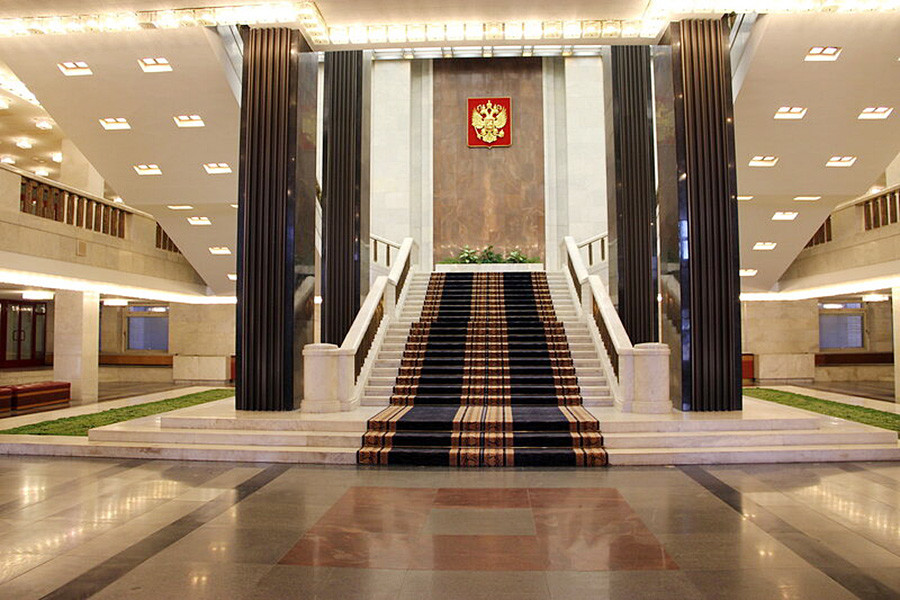 There were also rumors that the building had a secret underground shelter and a passage leading to Metro-2. Yet Denis Romodin, an architectural historian at the Museum of Moscow, claims it’s nonsense.

“The building was basically open to the public from 1991 to1993 and if such secret existed, they’d be found and it’d have inevitably influenced the 1993 events,” he says.

“Plus, creating such passages was technically impossible: there’s the Presnya River nearby, the Moscow River, and very difficult soil. It’s known that these difficult hydrogeological conditions made the creation of the nearby Circle Line of the Metro quite problematic, so the rumors about underground channels are exaggerated,” he adds. 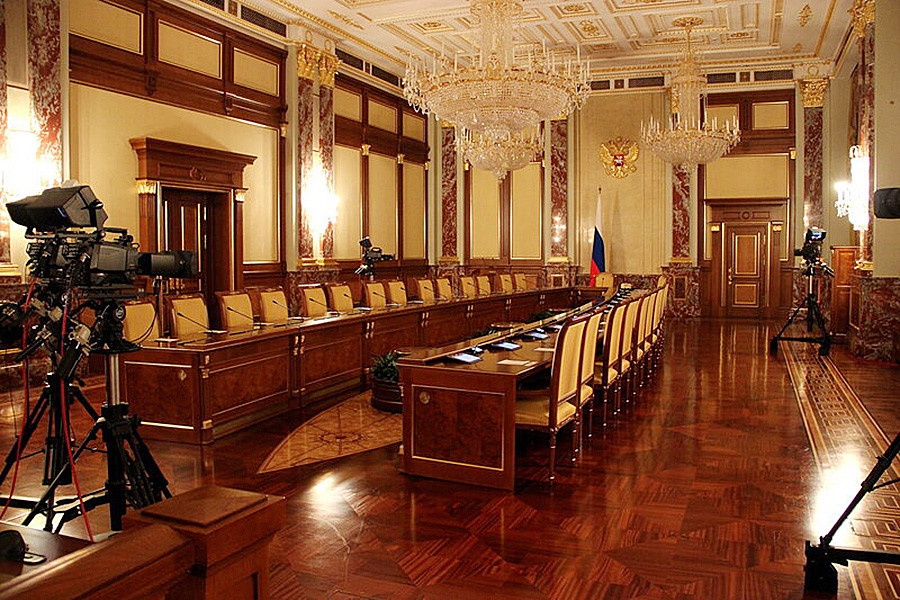 As for the architectural look of the building, it was originally designed by architect Dmitry Chechulin, a leading figure in Stalinist architecture who worked on the Kotelnicheskaya Embankment building (one of Moscow’s “Seven Sisters”) and the Rossiya Hotel, which stood where Zaryadye Park is today.

For the White House, Chechulin drew on elements from one of his previous projects, the headquarters of Aeroflot, the country’s main airline. The so-called “House of Aeroflot” should have been built near Belorussky Station Square but the project never saw the light of day because its dimensions were too large. 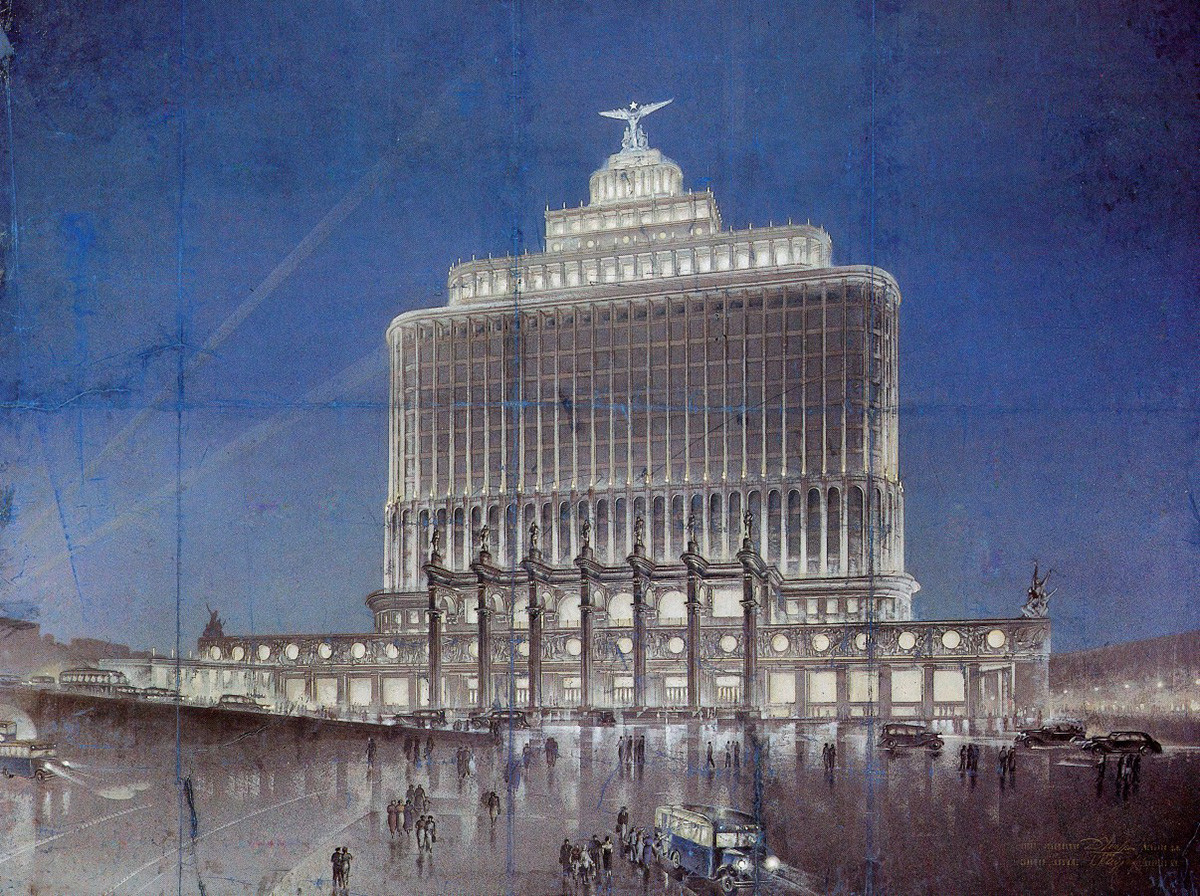 The “House of Aeroflot” project which never saw the light of day.

“The White House was actually the only large administrative building that was built in Moscow in the 1980s,” says Romodin. “It was very monumental for that period and even though modernism was more popular at the time, the building is actually an example of Stalinist architecture with its heavy granite stylobate with rust, huge stairs, heavy forms, and a clock tower.” 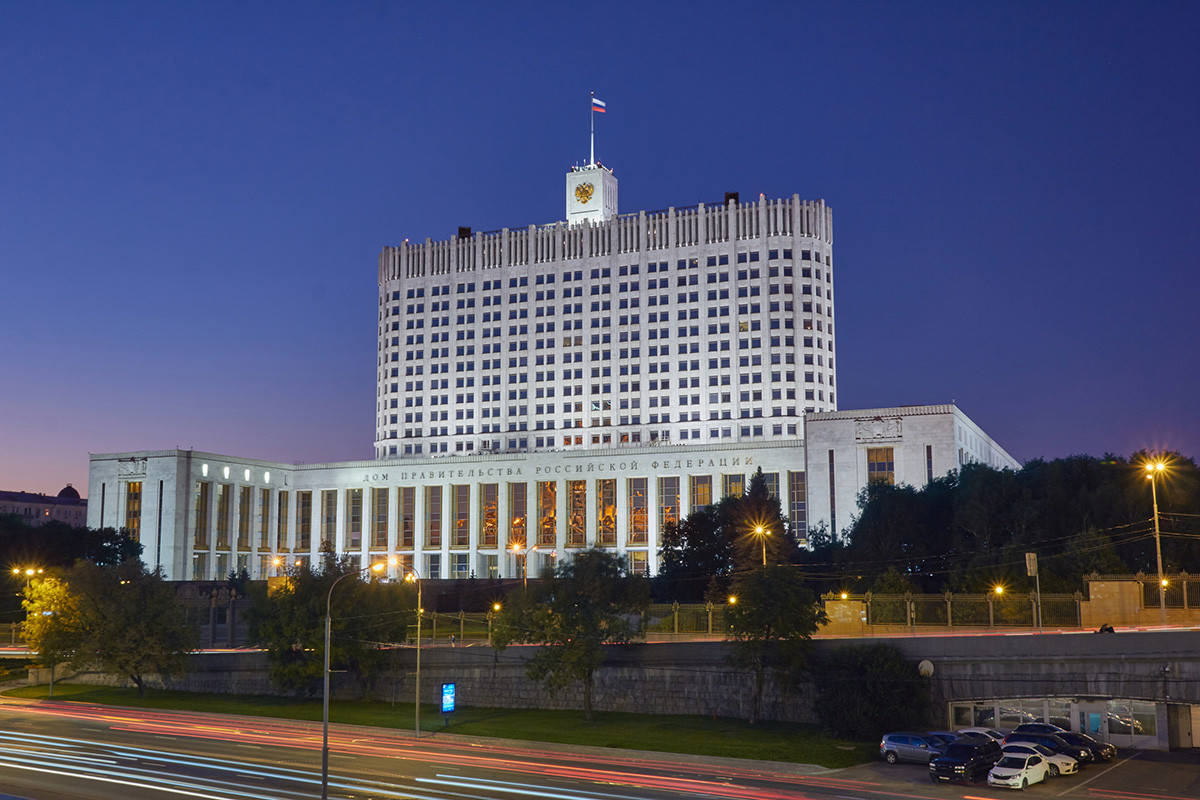 The historian also admits that back in 1992, when he was a teenager, he used to roam around the White House’s grounds and was impressed by the grandeur of the building.

“Stepping inside, I was amazed by the spacious halls, an abundance of natural stone, shiny floors made from precious stones, an abundance of modern lamps, and crystal chandeliers,” he recalls. “Everything looked very pompous and monumental and it was clear that the building was aimed to service the work of a regional government: hosting various meetings and forums with large crowds of people.”

Compared to 1992, when the territory was accessible to the public, today it’s surrounded by a fence. The total area of the White House is around 172,700 sq. m. including offices and 27 halls for conferences and meetings.

Yet, Romodin notes that it seems the building never fully played the role it was intended for: “As I suspect, the only time when these vast spaces hosted many people was when it was the office of the Supreme Soviet. In 1992, the buildings were largely empty and I suspect today, the employees rarely walk around the whole territory.”