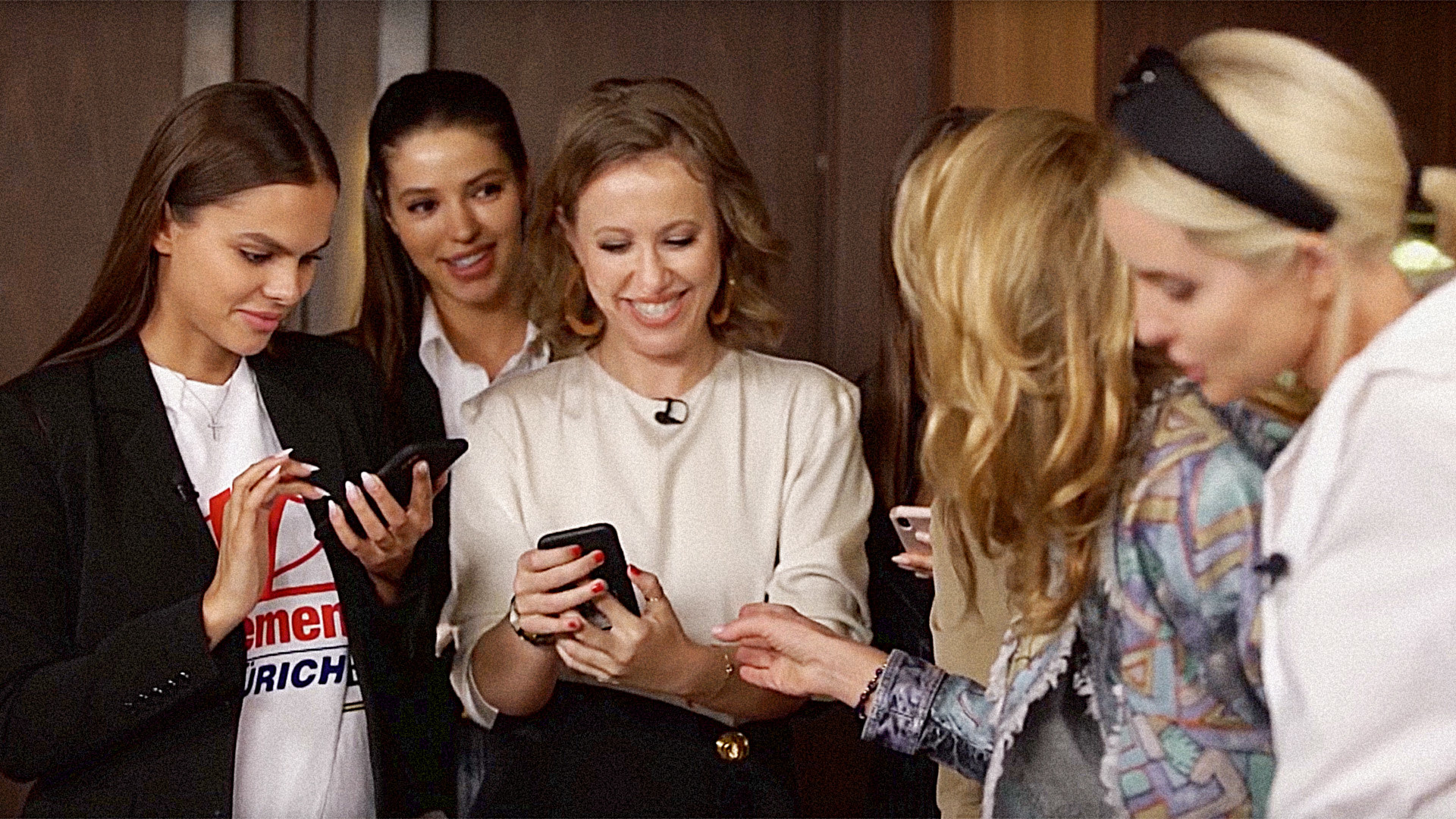 Ksenia Sobchak/youtube.com
The row kicked off on a live YouTube show hosted by former presidential candidate and socialite Ksenia Sobchak. The social media reaction was mixed, while Russia’s most popular pop singer was left frothing at the mouth.

Former Russian presidential candidate and popular TV host Ksenia Sobchak lies on a chaise longue in a black-and-white dress, her legs crossed. Her left hand is thrown back behind her head, and her right lifts the dress ever so slightly, revealing the hem of her stockings.

“Can you take a photo of me like this that will get me lots of likes?” she asks Daria Konovalova, an Instagram model (Instamodel).

“Ksenia, you have to get undressed!” insists the latter. But no nudity ensues. 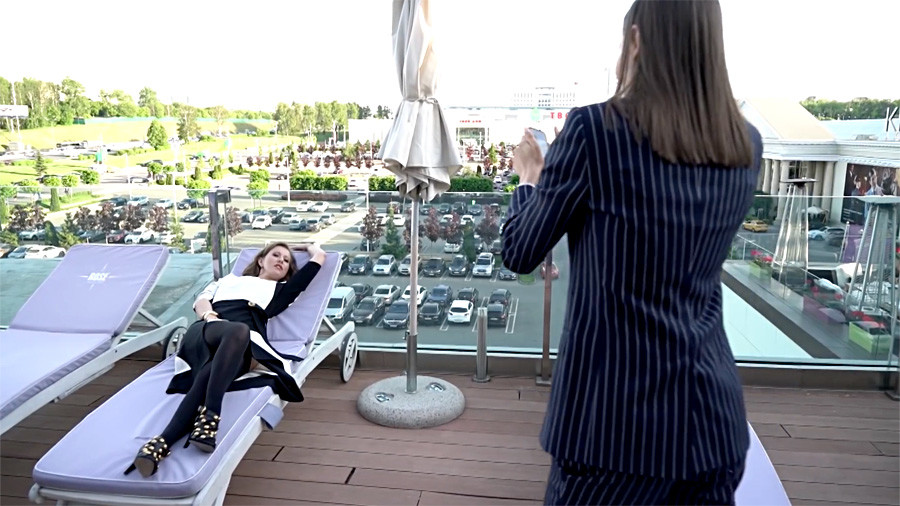 With that begins another episode of Ksenia Sobchak’s show High Society vs Girls in Swimsuits, which has clocked up almost 3 million views on YouTube and countless online arguments. The key question is whether Instagram popularity gives bloggers and DJs the right to attend “high society” soirees and wear Chanel.

The hunt for free luxury

Designer clothing is given (or lent) only to Monica Bellucci-level stars and socialites, but not Instamodels, which would spoil the brand’s reputation and ruin the item’s exclusivity. That is the opinion of mature, blonde Viktoria Shelyagova with thickly made-up eyes and colorful jacket, a participant in the show and the spouse of the owner of the Ritual Service funeral bureau.

“The girls here turned up wearing free clothes, but you, like a sucker, pay for them. I think street-style and bloggers have ruined luxury,” she says.

Natalia Yakimchik, the girlfriend of an ex-official of the Moscow government, and Snezhana Georgieva, the wife of a businessman, concur. 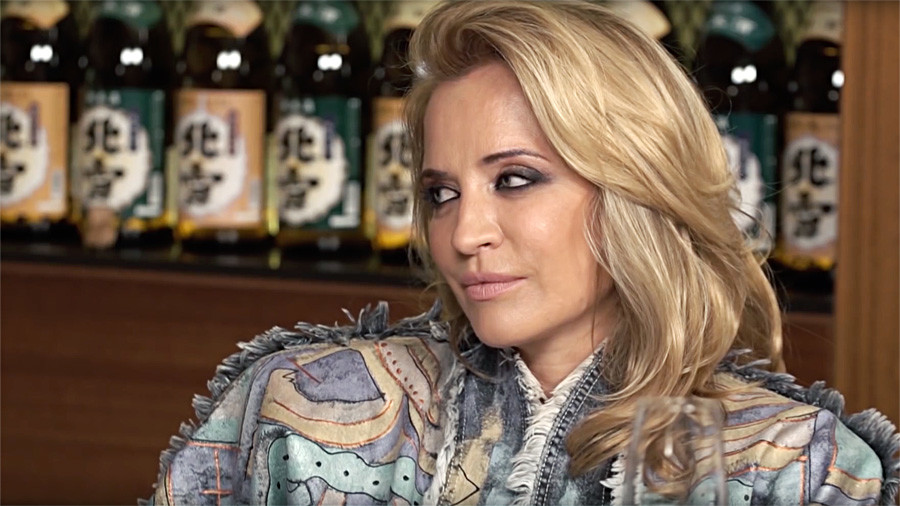 “I get it when Renata Litvinova [a Russian actress] appears in Chanel <...>. For me, she’s someone associated with the brand. But some DJ I've never heard of isn’t in that league,” she remarks.

Instamodels Viktoria Odintsova, Daria Konovalova and Viktoria Korotkova, also taking part in the show, disagree with the socialites. After all, if Vogue Russia has 150,000 subscribers, while one blogger can pick up 4.5 million, brands will obviously prefer to sell things through bloggers.

“You pay for clothes because you’re not popular enough to have them given to you,” states Odintsova live on air.

When one of the glitterati says that she doesn’t care who wears what, Sobchak cites the case of a fashion designer friend of hers who is said to be unhappy that Russian pop singer Olga Buzova wears his brand.

“He says: ‘Listen, can you ask her [Buzova] to stop wearing our leather jacket? We don’t want her to. She wears it everywhere and typecasts our brand,’” says the presenter.

The day after the show’s release, Buzova accused Balenciaga director Demnu Gvasalia of disrespecting customers who buy the brand with their own hard-earned cash.

Sobchak later stated that Demna Gvasalia had nothing to do with it, but by that time Buzova’s fans were out of control. Comments such as “I always said Balenciaga was s*it” and “Small-timers! Your clothes are only good for cleaning toilets!” with the hashtag #ReturnBuzovasmoney flooded the clothing brand’s account.

Russian social networks were mostly on the side of the singer and the Instamodels.

“Unattractive old women who achieved everything only by being someone’s wife spend an hour glowering at young, beautiful, shapely girls who, unlike them, are not lost without daddy,” wrote Twitter user @Ramona_Merkader.

Russian journalist Ekaterina Gordon described the socialites’ indignation at ordinary people having access to expensive clothes as “half a step away from fascism.” 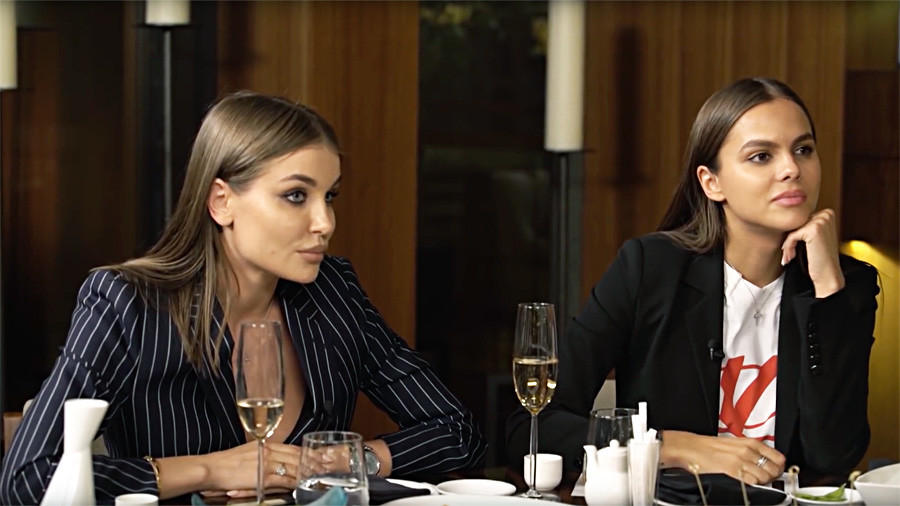 “The truth is that when someone’s Instagram is 99.9% like-generating pseudo-porn, it’s hard to persuade people you have a brain. Yes, I don’t want to wear the same thing as ‘Miss naked buttocks of Instagram,’” she wrote on Facebook.

However, many were united in the opinion that the Russian elite, which rich wives and bloggers see themselves part of, is a long outmoded concept, and that Soback was simply poking fun at everyone.

“The glitterati proclaimed themselves blue-blooded aristocrats. <...> And it’s also clear where the Instamodels are coming from. They exploit all the resources they have. <...> Do the girls who take part in the bachelorette show Careful, Sobchak! realize that Ksenia is mocking them? That in a polite, subtle way she is exposing them as total fools?” wrote Gelena Yarovaya in Facebook.