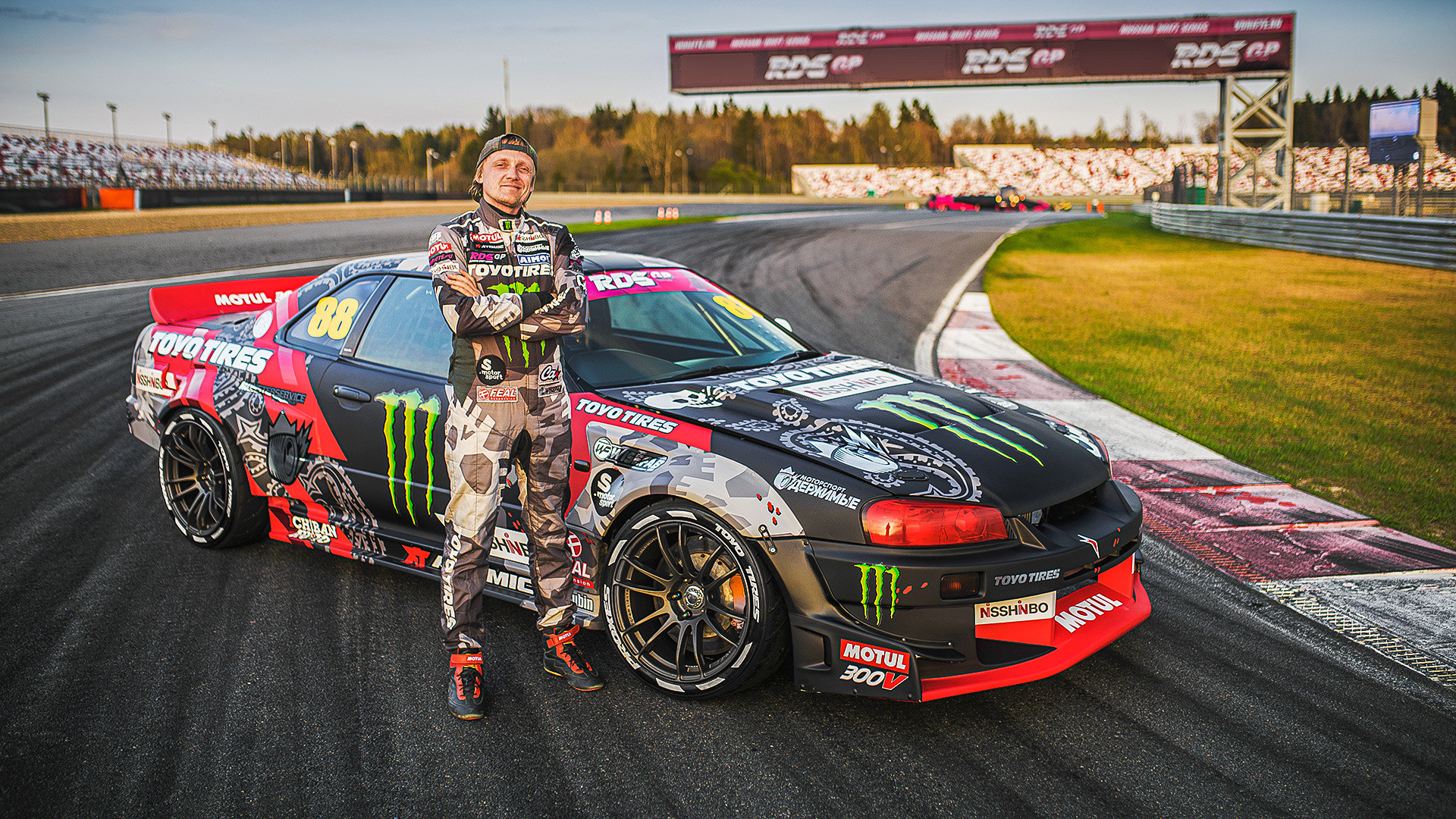 1. Arkady Tsaregradtsev is a pioneer of Russian drifting. Having seen it for the first time in 2004 in a video from Japan, the Russian driver won the world championship in the sport’s spiritual homeland. 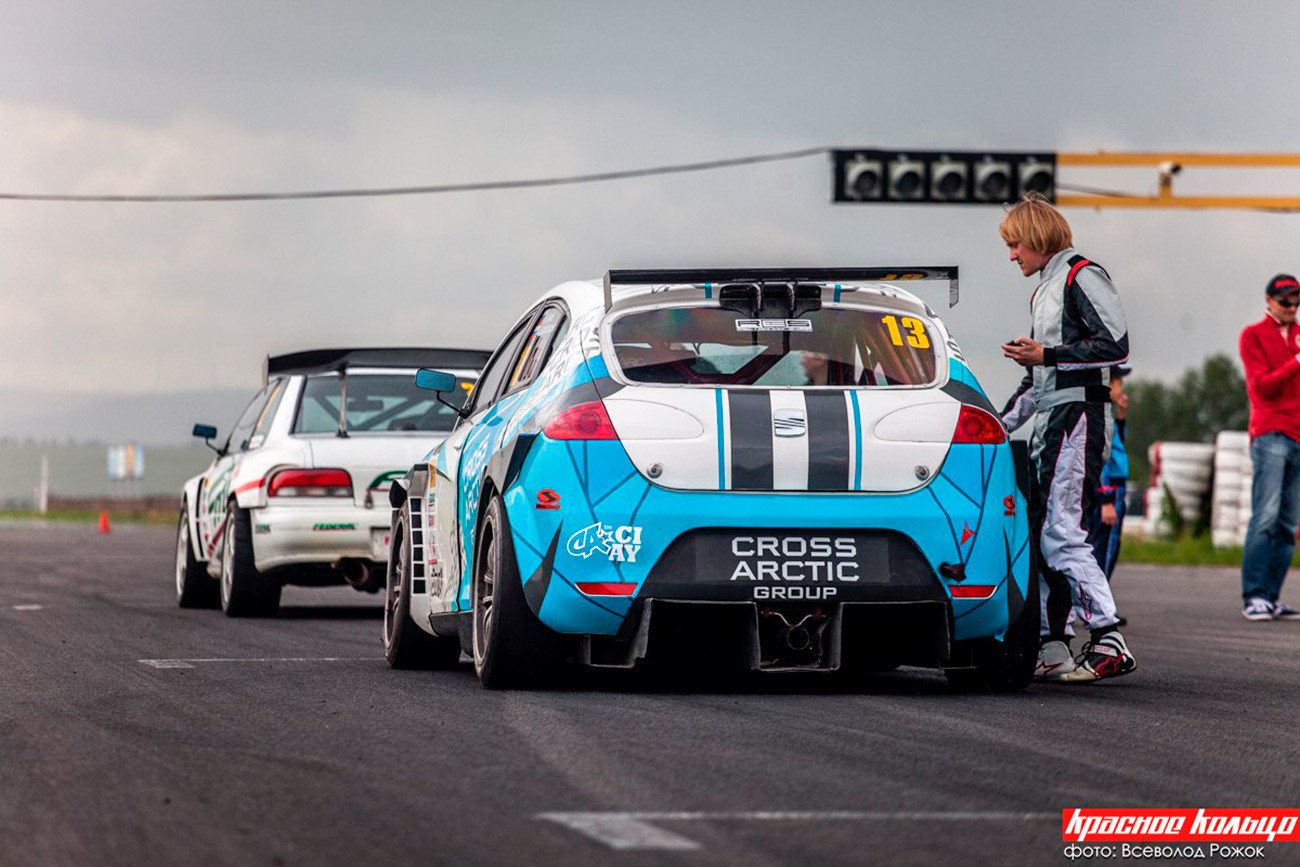 2. Arkady got into motorsport at the age of 19.

“The first Fast&Furious movie was released in 2001, all about drag racing. After that, I got behind the wheel of a VAZ 2107 I’d bought from some Armenians. The car roof was painted with black spray paint, and there was a crucifix carved in the rear window with tinted glass.” 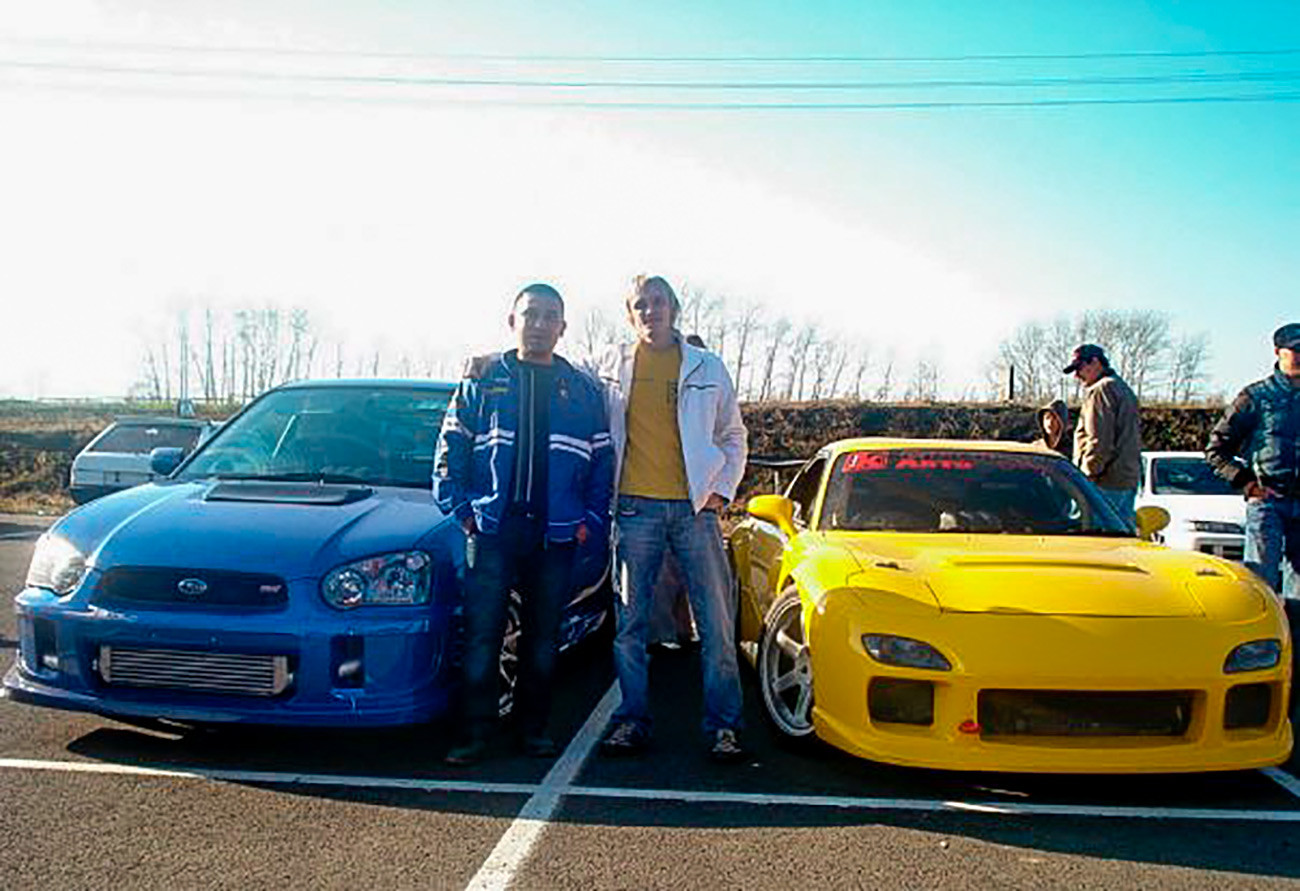 3. Today, Arkday laughs at his younger self and the illegal races he arranged with friends.

“I was a fashion freak with a manbag and Adidas sneakers. We blocked off the street and went drag racing.” 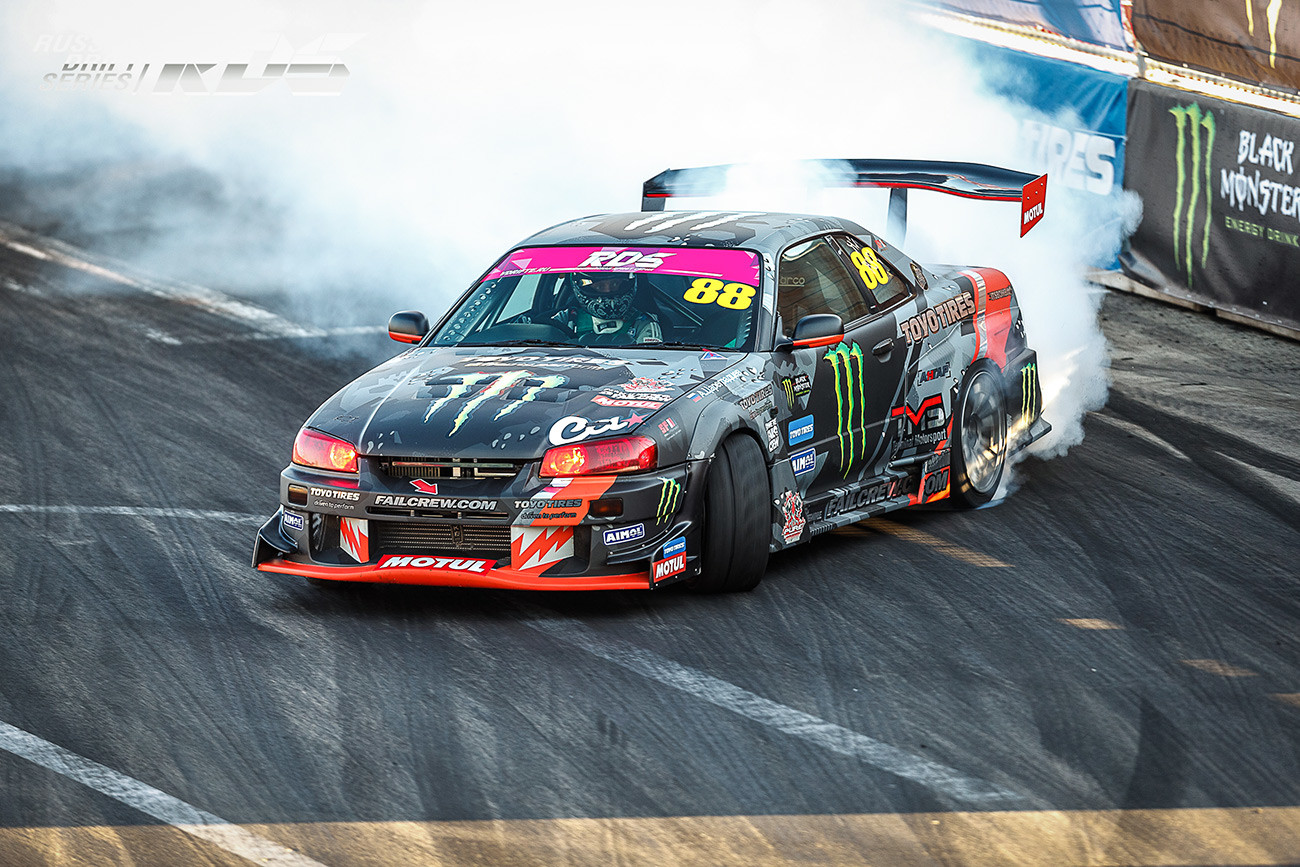 4. It would be another three years before Arkady tried his hand at drifting, although “sideways driving” would be a better description.

“I started sliding a bit in 2004 in a Subaru Forester Turbo. I thought that going sideways would be more fun and organized an ice sprint in Krasnoyarsk.” 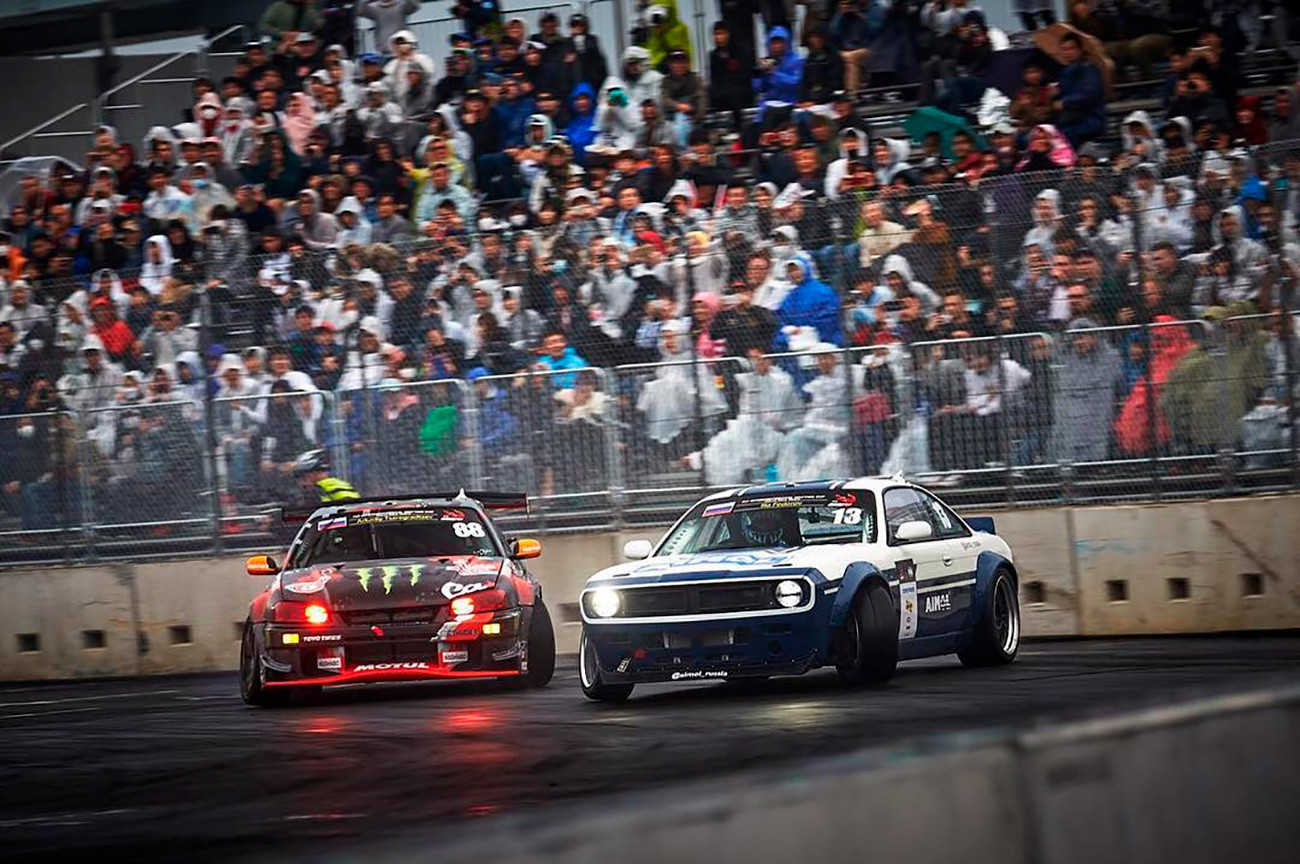 5. As the cars slid across the frozen lake, the drivers picked up the basics of drifting. It was all very much trial and error.

“No one had even heard the word drift. We came across some videos online from the D1 Grand Prix (a prestigious drift championship) and found it strange that the Japanese drivers were going sideways. But then we forgot about it.” 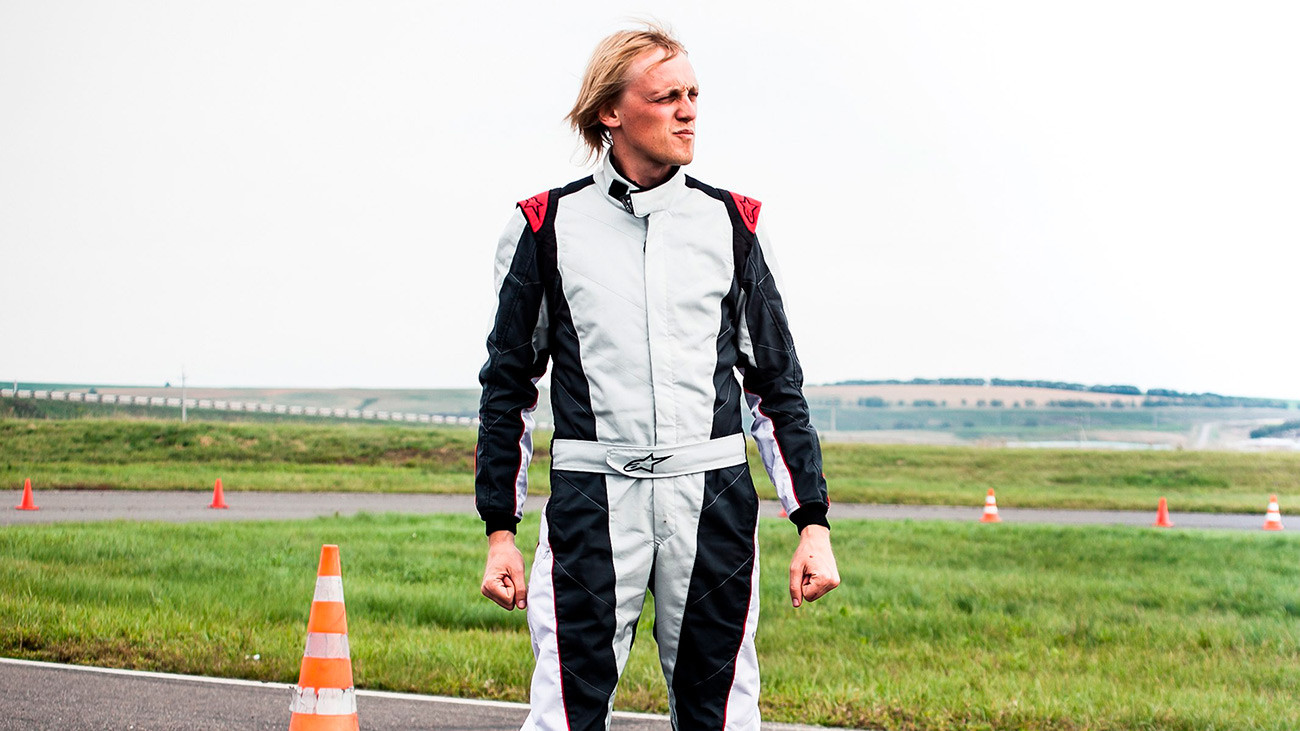 6. The future champion got acquainted with his discipline for real only in 2008.

“By then, I was already on good terms with Georgy Chevchan.” The drifter, known by fans as Gocha, was on the same wavelength as Arkady.

“We decided we had to set up our own drift championship in Krasnoyarsk." 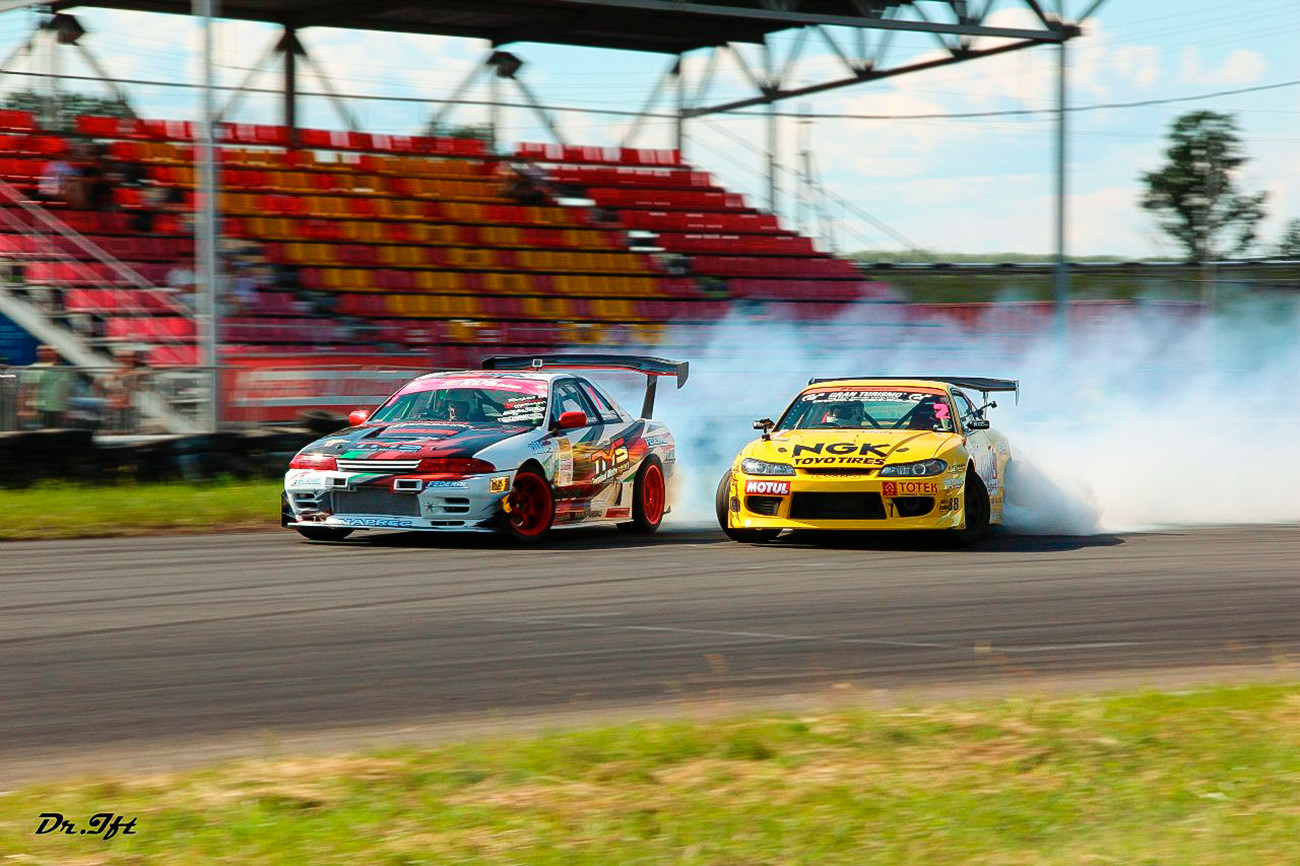 7. Despite being the organizer of the Russian drift championship, Arkady had never actually done the sport himself.

“I didn’t drive because I didn’t have the money for it. The entry threshold was pretty high. I needed some kind of support because back then I wasn’t earning enough.” 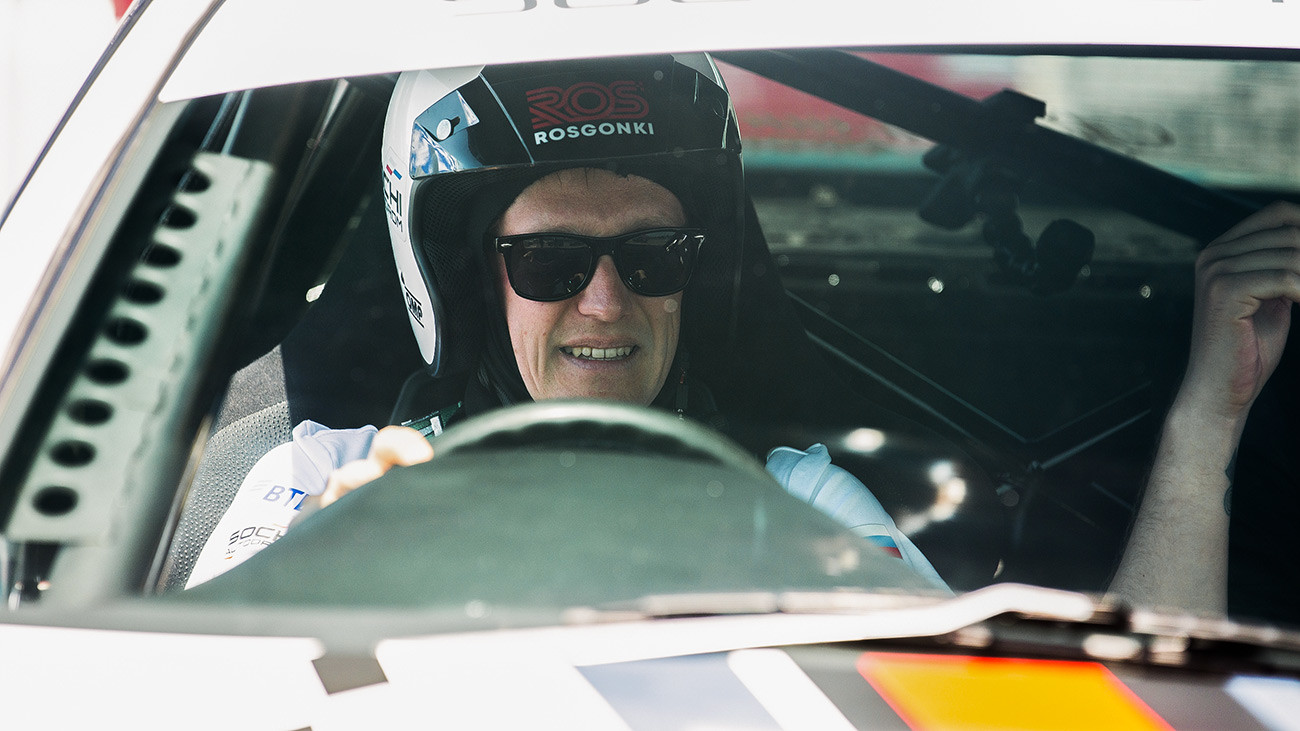 8. Finally, a full five years after organizing his first championship, Arkady got the chance, assisted by a stroke of unexpected fortune.

“The tire company I worked with in Krasnoyarsk told me they had a spare Nissan Skyline 32 GT-R hanging around. Nobody wanted it so they said I could use it. And I did. It all started with that car.” 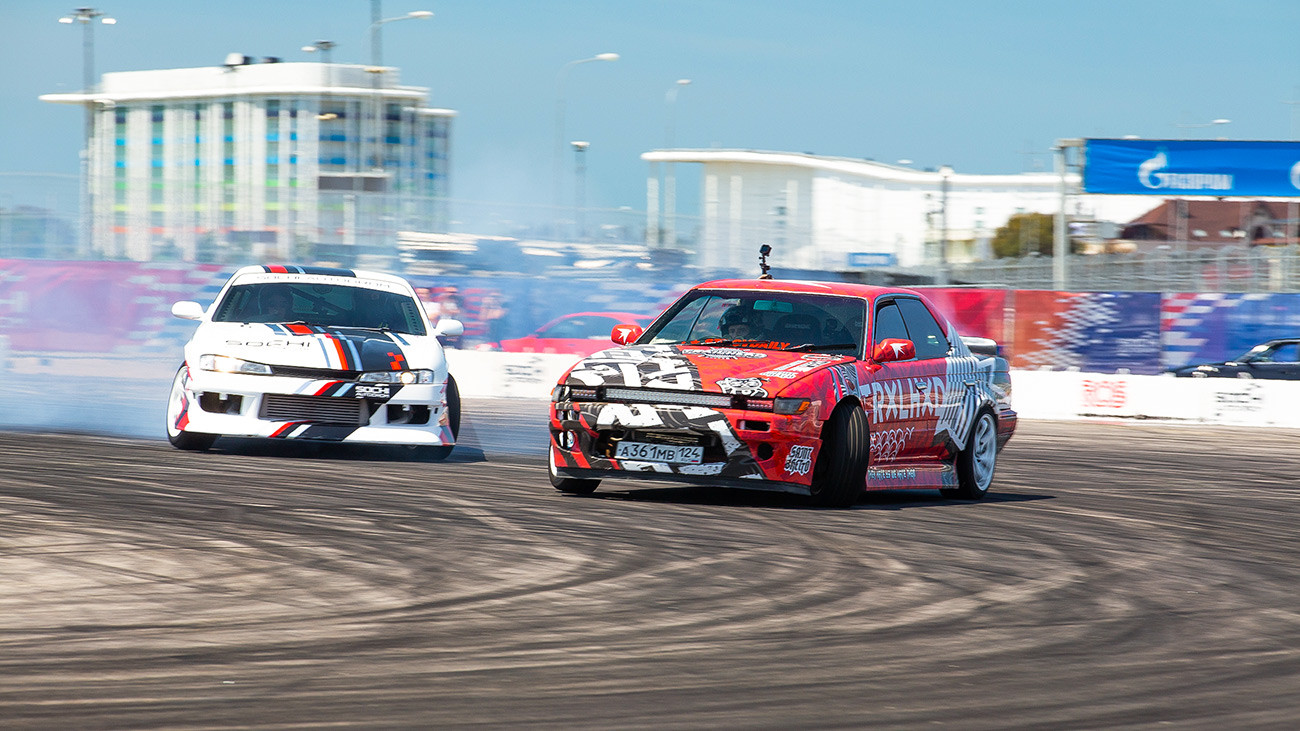 9. In 2017, Arkady was presented an opportunity to drift against the sport’s Japanese forefathers – in their own backyard.

“The Japanese invented drifting back in the 1980s. The whole world learned it from them. Any self-respecting drifting fan has to go to the world drift championship in Japan to see how its creators do it.” 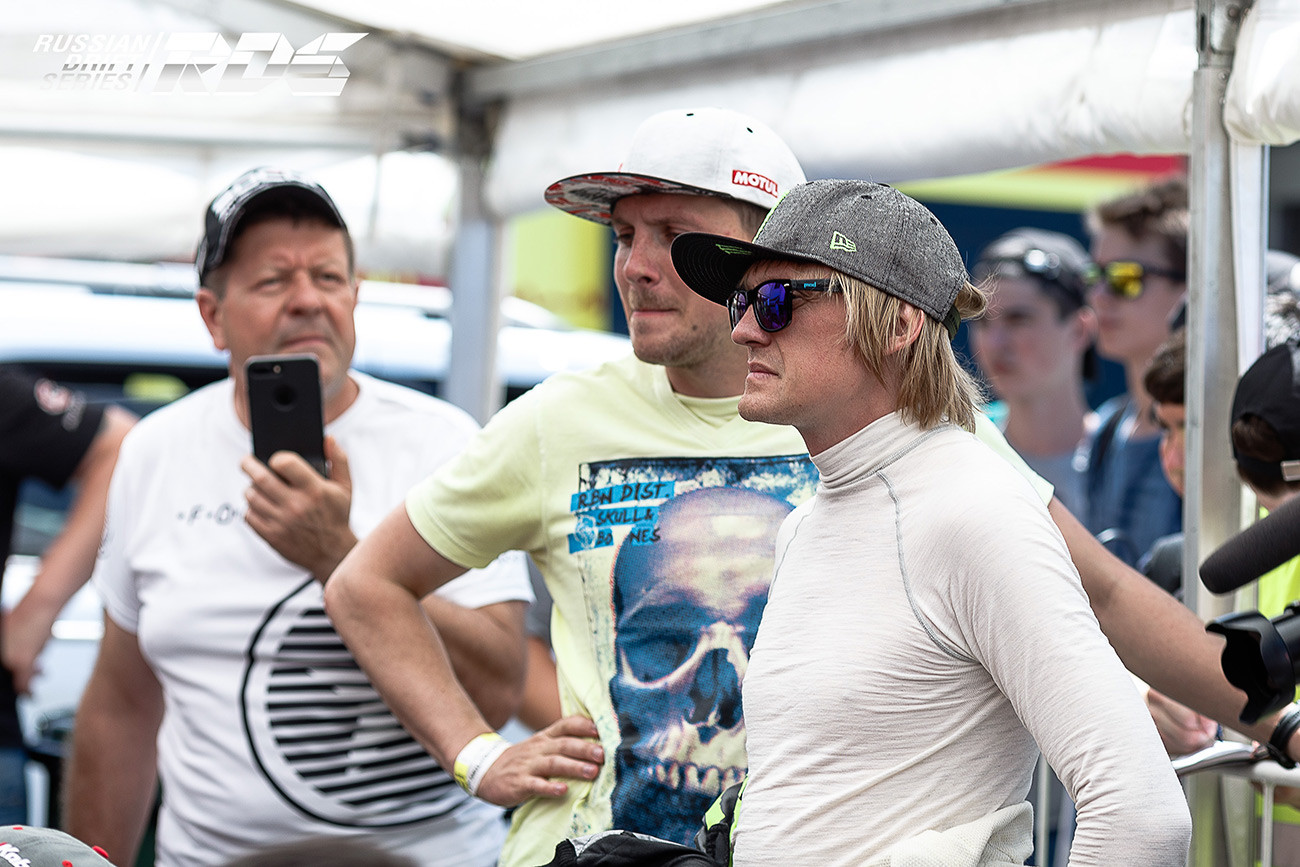 10. In 2017, the FIA ​​International Motor Sports Association recognized drifting for the first time as an official sport, and held the world championship in Tokyo, featuring drivers from all over the world, including the US, Europe, Brazil, and Russia.

“The world championship was held in Tokyo because only the Japanese have an objective scoring system.” 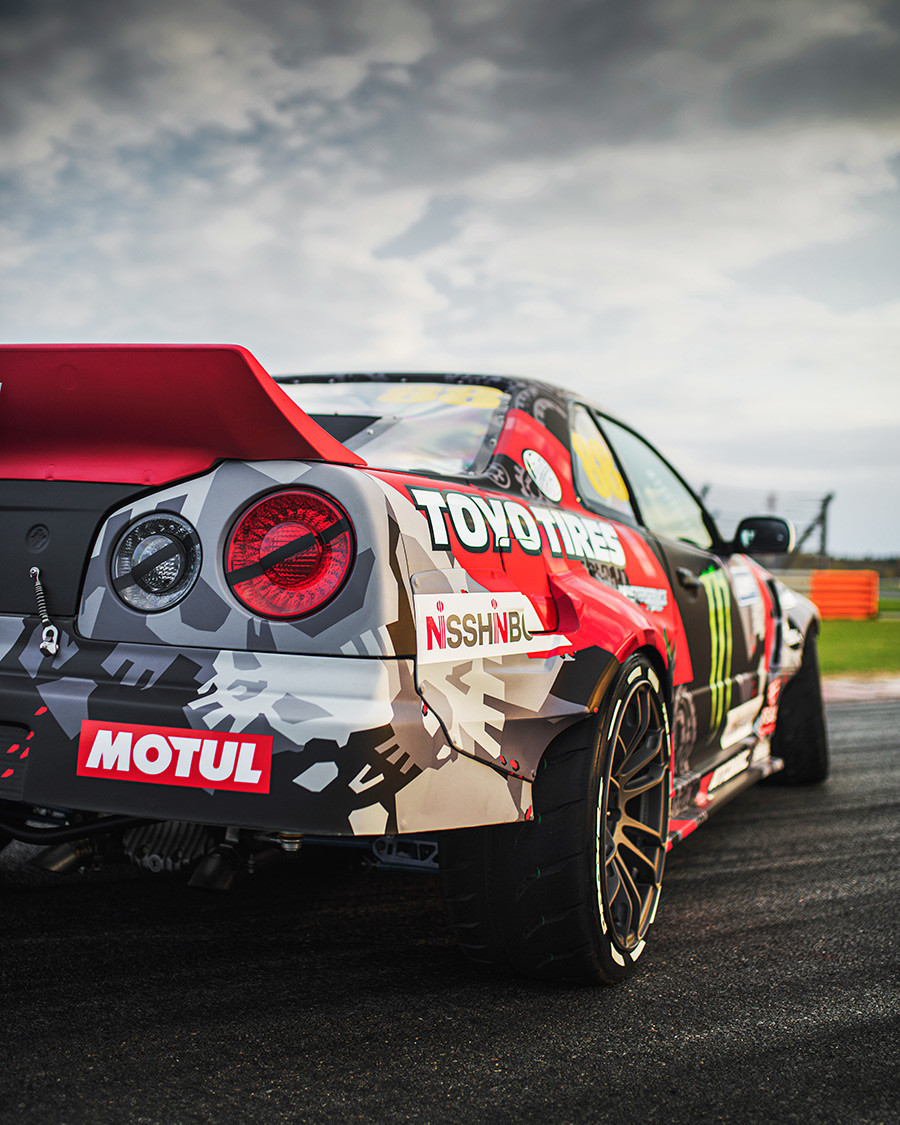 11. Drift competitions are notoriously difficult to judge: the distance between the car in front and behind, plus speed and skid angle are all taken into account. In Japan, the judging process is computerized, with all three aspects analyzed automatically.

“The racers compete in pairs. One goes out in front, followed by the other. The task of the pursuer is to drive as closely as possible to their opponent, with the maximum possible angle and maximum possible speed.” It is important, of course, not to make contact with the opponent’s vehicle to avoid penalty points. 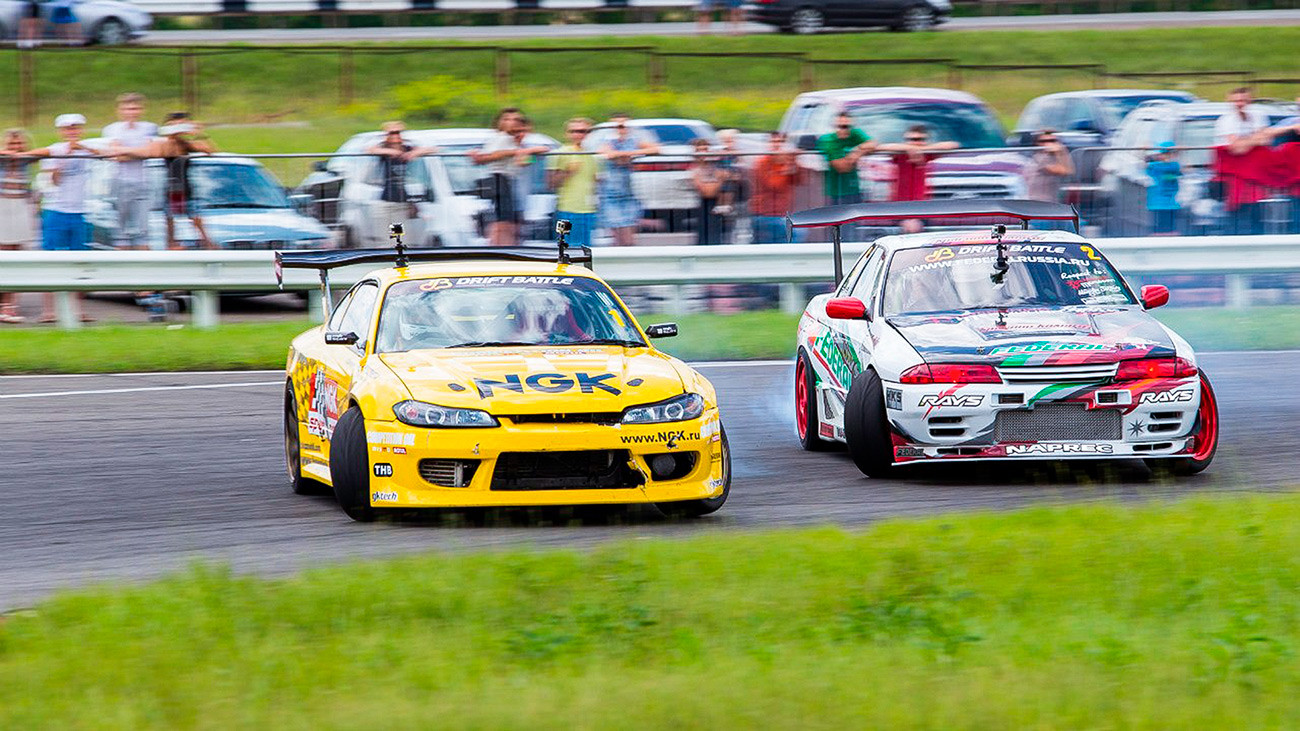 12. Arriving at the tournament, the inexperienced Russian drivers came face-to-face with their YouTube mentors.

“The Japanese dominated the sport. Sure, they were very polite and courteous, but it was obvious they looked down their noses at us.”

“Our job was to beat everyone and give the Japanese the race of their life.” 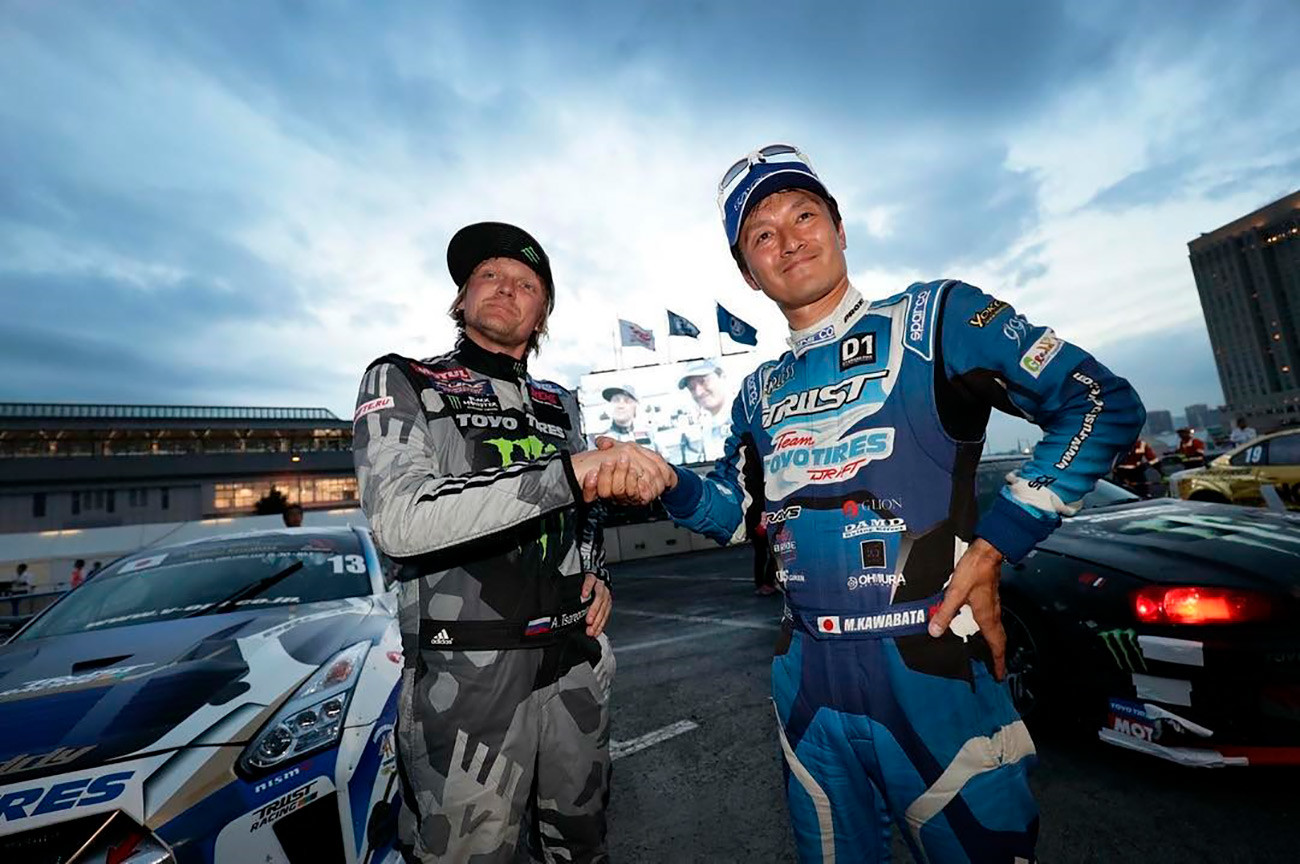 13. The Russian riders – Arkady and Gocha – crushed one opponent after the other. Everything was fine until they were drawn against each other.

Arkady’s Russian opponent knew his driving style well and was able to shadow him so effectively that he had almost no hope of winning. But on taking the lead position, Gocha let the speed go to his head and smashed his rear bumper against the concrete barrier. Arkady zoomed forward to snatch a place in the final.

14. That final pitted the Russian racer against his idol Masato Kawabata.

In the first round of two, the power of Kawabata’s car put some serious distance between himself and the pursuing Arkady.

15. The drivers swapped positions. And this time Kawabata masterfully tailed Arkady, leaving him almost no chance of victory.

But suddenly, an error caused the Japanese driver to bump the Russian’s car. Arkady’s idol lost the race, and the Russian seized first place from the man who had unknowingly inspired him.

“The journey was short and sweet. Only yesterday I was a shaven-headed youth with a trendy manbag. And now I’m standing on the podium with guys I know from online videos. I’m still trying to take it all in,” said Arkady.

16. Today, the champ runs a drift school at the Sochi Autodrome, works to popularize the sport in Russia, and dreams of officially becoming the “best drifter on the planet.” 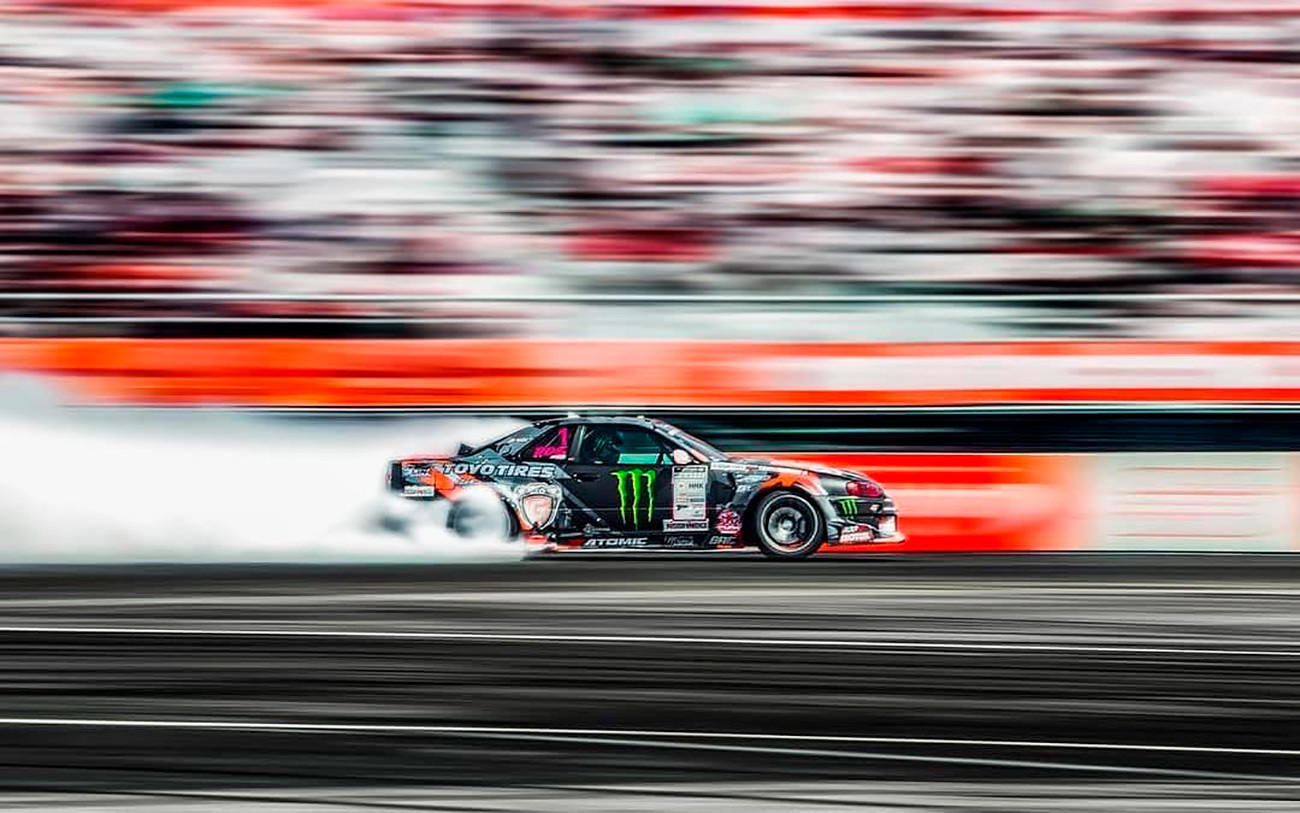