7 poisonous plants to watch out for in Russia

Sergei Bobylev/TASS
These weeds plot to kill you this summer. No, it’s not a joke.

Maybe, it’s not so bad that summertime is so short in Russia, because with the hot days come the following dangers. While you enjoy the green nature all around, some greenery can turn out to be deadly! You have been warned! 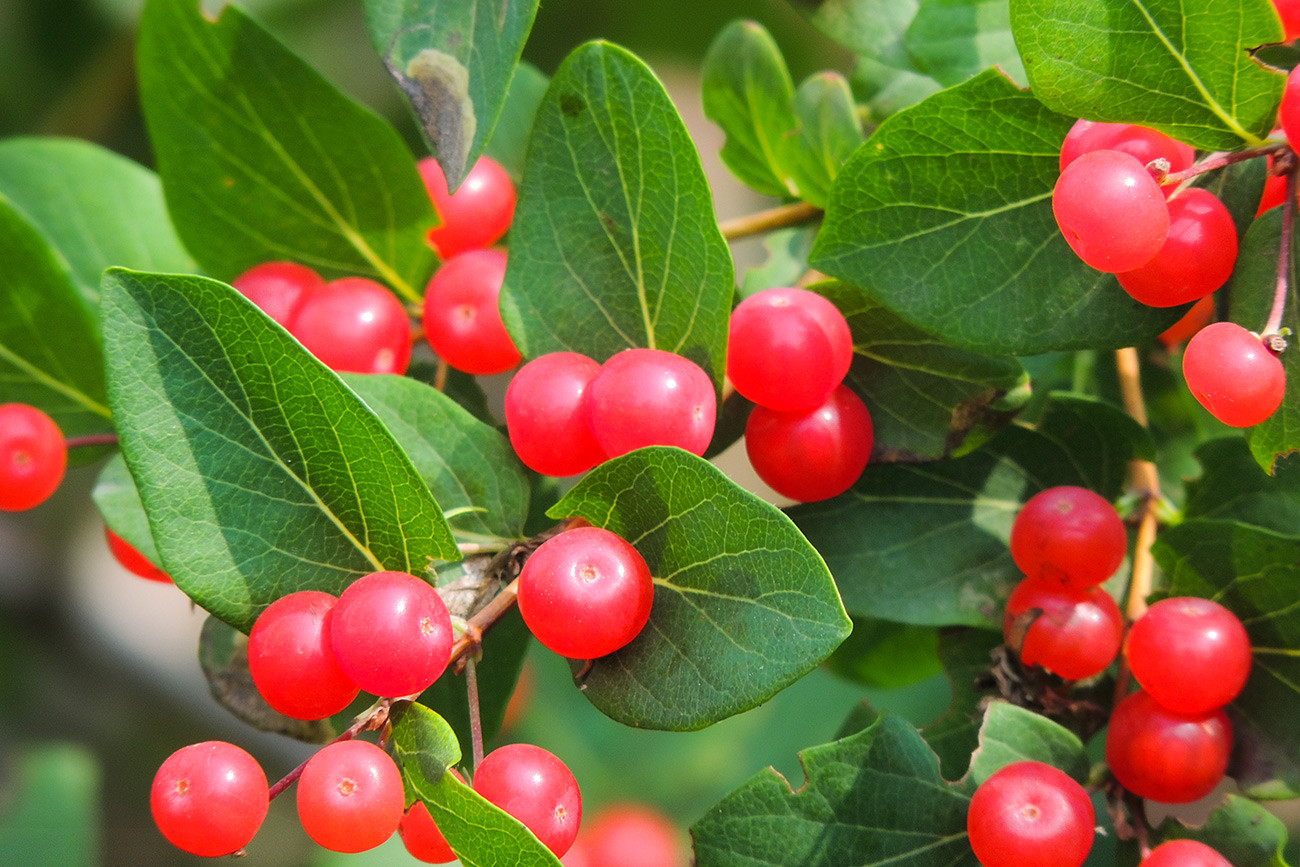 Bright red berries seem so sweet and harmless… and the smell is so nice. They look just like a currant. But the only thing the Daphne plant wants to do is hurt you. Actually, everything in this plant is poison: berries, leaves, the stem… One drop of its juice causes severe skin irritation. One berry can cause hard nausea and dizziness. It's folk name is Wolf’s berry (Volchya Yagoda), as this canine was a symbol of cunning and cruelty. The plant mostly grows in forests in Central Russia. 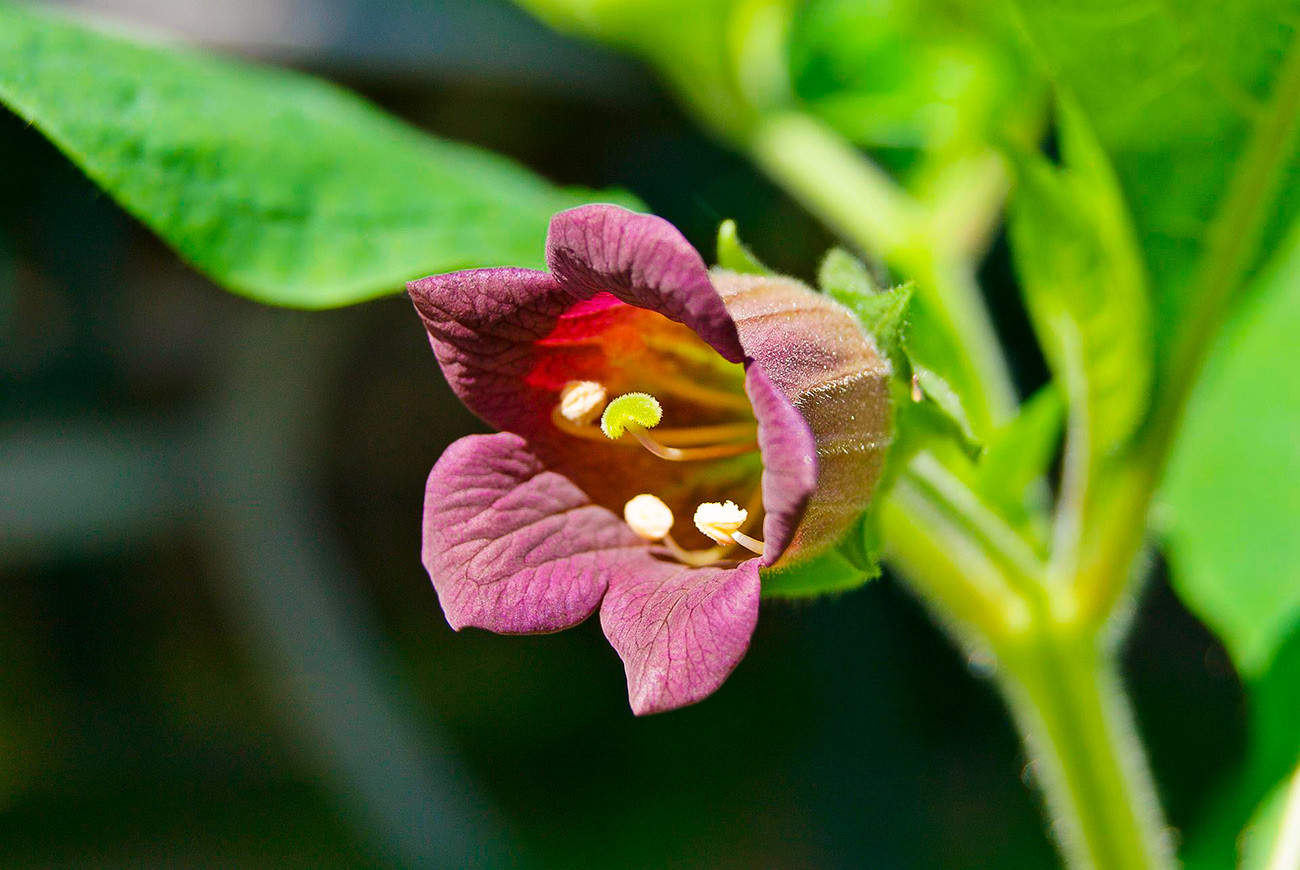 In ancient times, women dropped the juice of the belladonna plant into their eyes – it made the pupils dilate and shine. The belladonna’s berries were used for making a bright blush. The name of this plant means “beautiful woman” from Italian, but in Russian, it has another name – beshenitsa, meaning “something that makes you go mad.” Belladonna, otherwise also known as deadly nightshade, can really drive you crazy: it contains atropine that can cause strong excitement, reaching to rage. Watch out for this plant in the south of Russia, especially near rivers and forest edges. 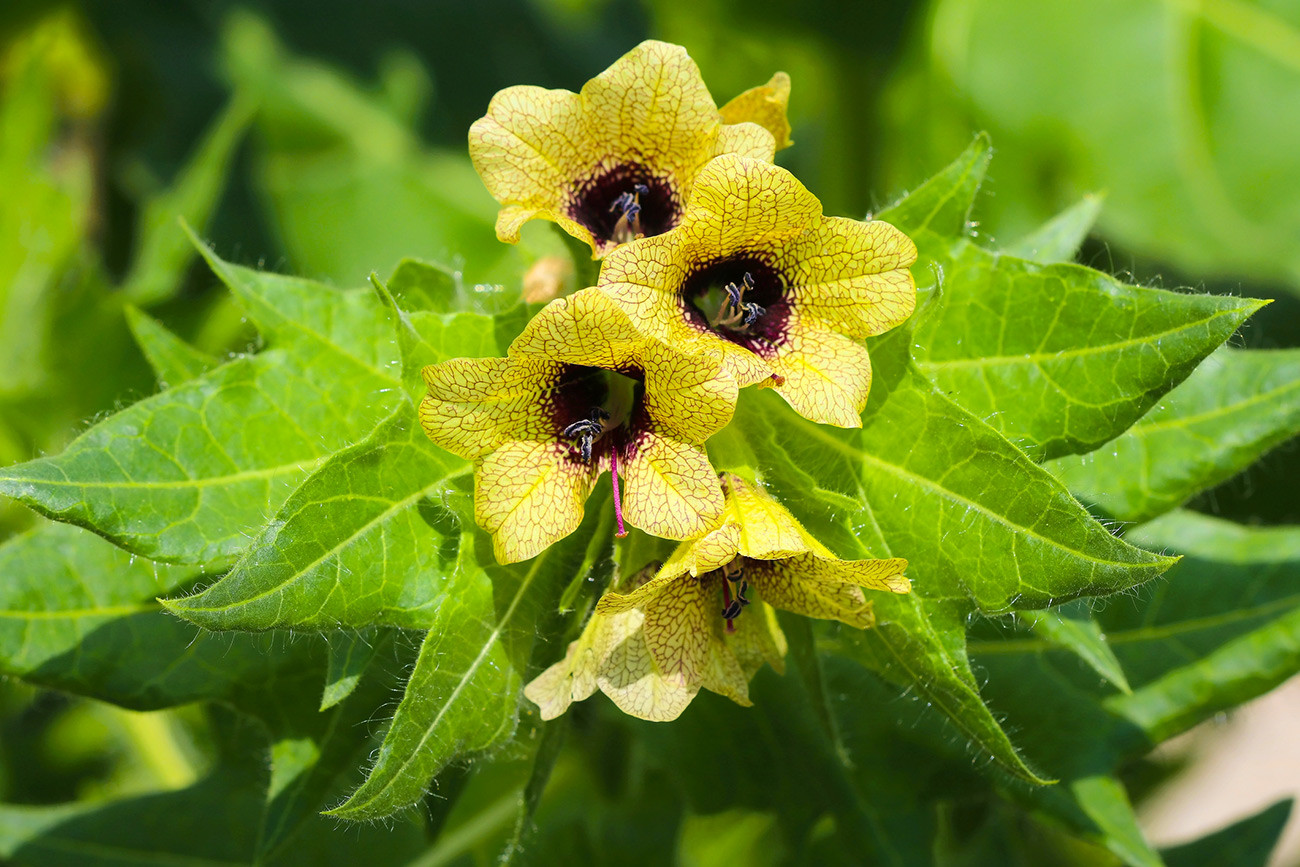 When Russians see a mad person, they often say he “overate on henbanes”. Hyoscyamus niger, commonly known as henbane, black henbane, stinking nightshade or belena can really make you go mad. It’s a close relative to the belladonna, but with a “homely” appearance. And maybe because of its modest look it’s even more toxic than the belladonna. It grows everywhere, even in dacha gardens. 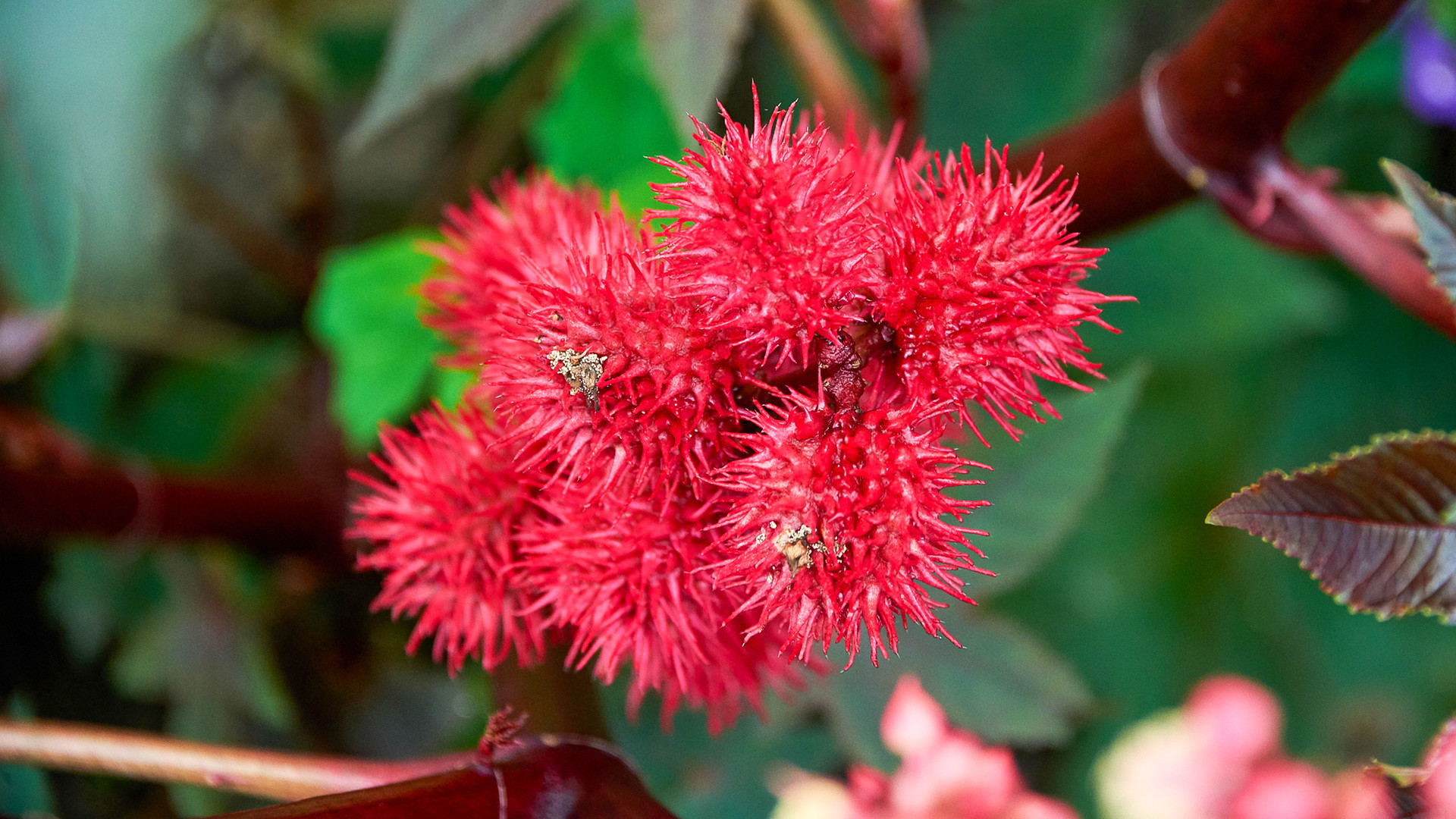 In the tropics, this plant can grow up to 10 meters, but thanks to the Russian weather, this comrade only gets to about 2-3 meters in height. Ricinus communis, the castor bean or castor oil plant, contains ricin, a very toxic substance. Its juice or seed can lead to death within 5-7 days. Really. And many people know it’s toxic, but it has very bright buttons, that resemble a chestnut. Why not use it at the dacha? Don’t be surprised to see it in a typical garden, especially in the South. 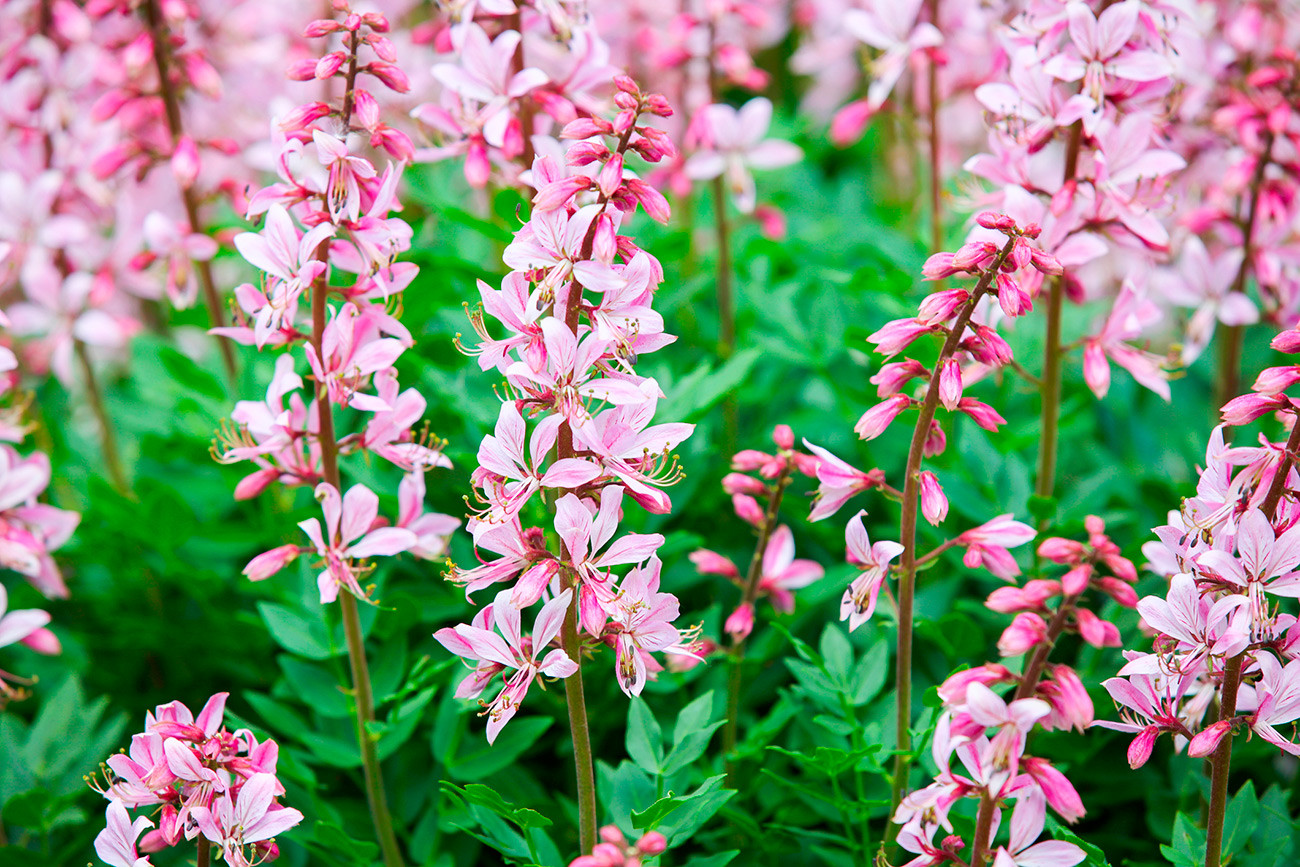 When you spot a scrub of Dictamnus (its Russian name is yasenets), also known as burning bush, dittany or gas plant, you wouldn’t believe how dangerous it can be. These pink flowers contain lots of essential oils, and when you rub it, they will smell like a lemon. Sounds great, especially for those who don’t know what such aromatherapy can lead to. Only one touch can result in skin burned scars. Yasenets likes stony soil and grows everywhere, from Western Russia to the Far East. 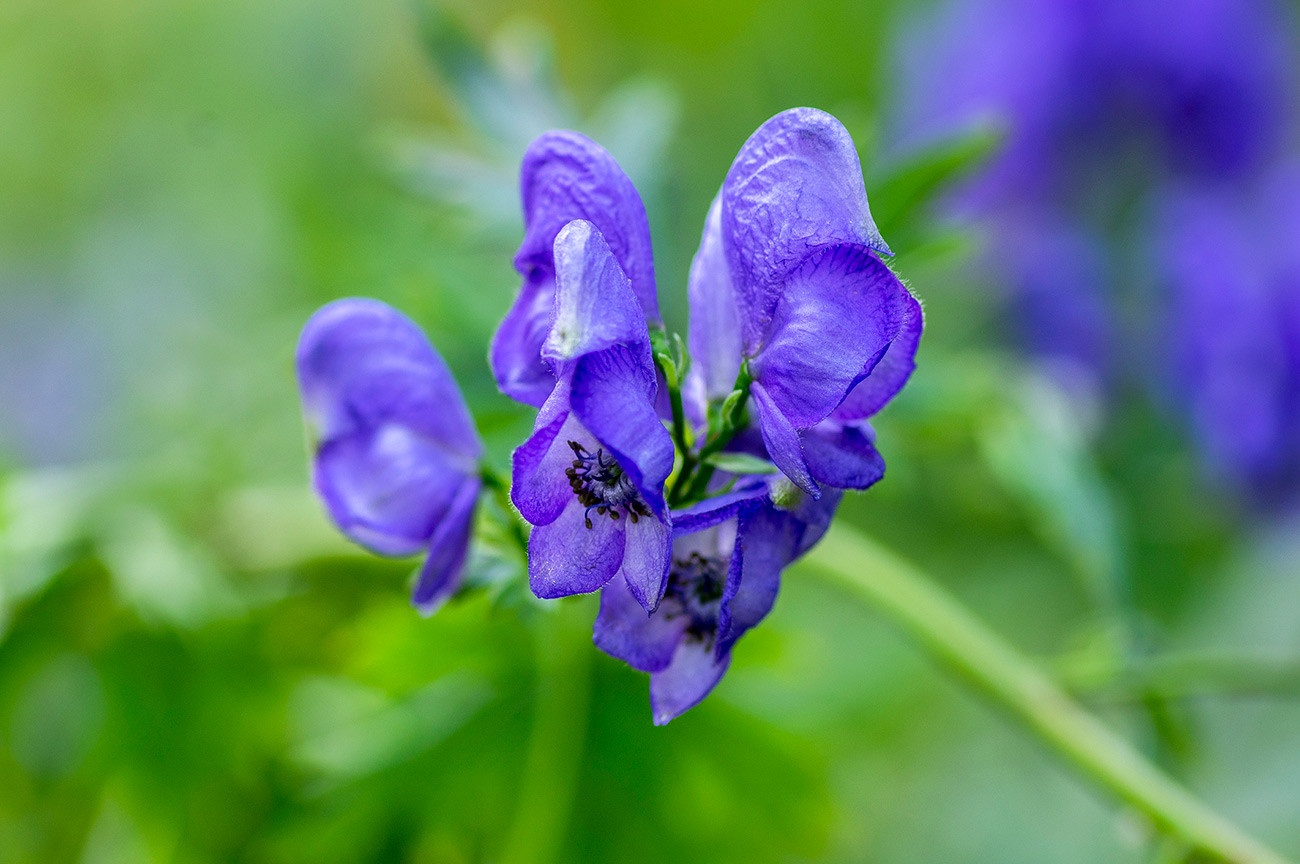 In ancient times, archers would rub their arrows with the roots of Aconitum, commonly known as aconite, monkshood or wolfsbane, to help kill their enemies. Even now, while you don’t have to be afraid of any arrows zipping past you, this weed may still be lethal to you. The deep blue flowers that attract with their aroma can lead to intoxication and convulsion. Without medical assistance, the side effects may be very tragic. 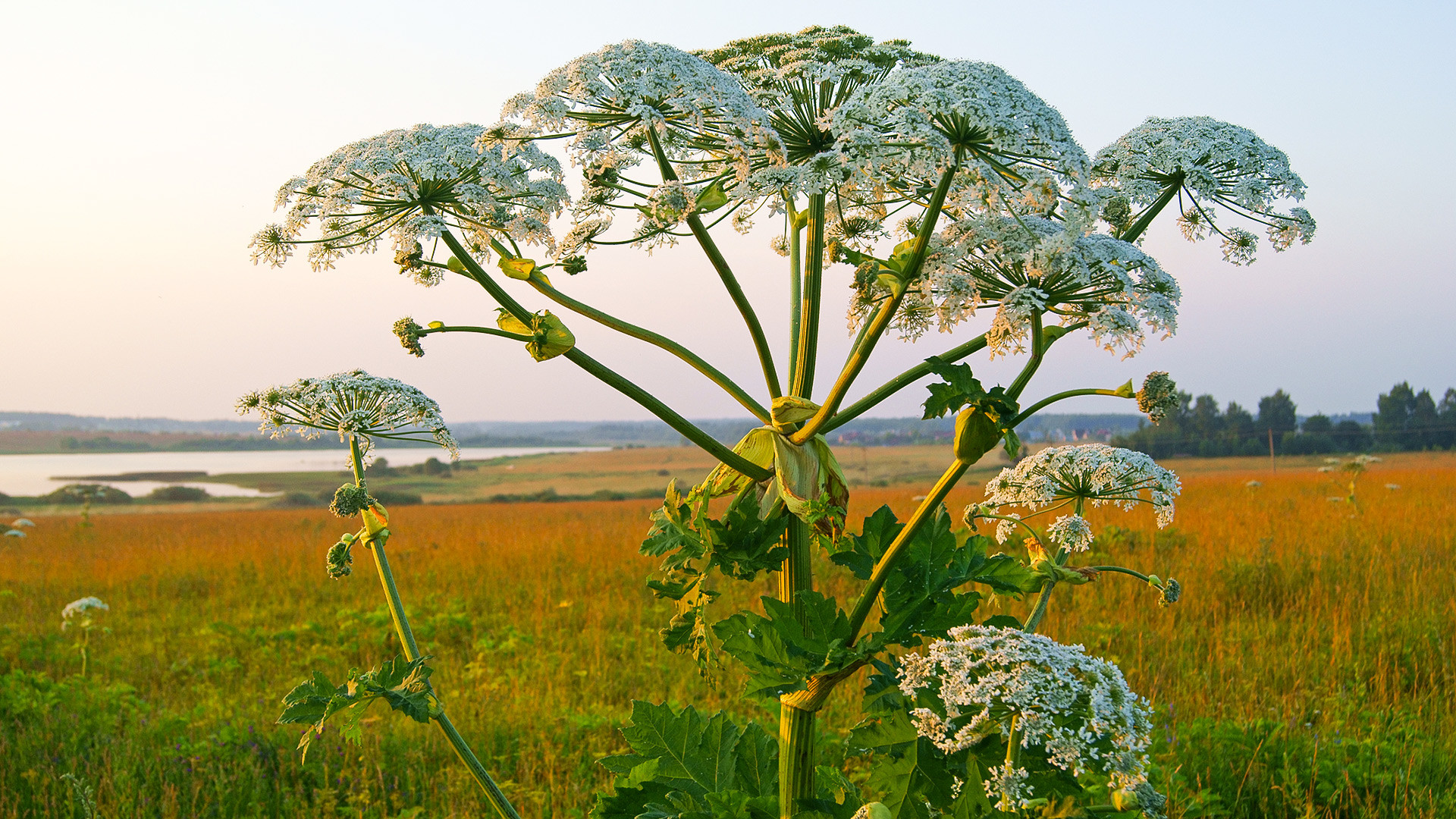 This is probably the most dangerous and most widespread weed in Russia. Its official name is Herácléum (according to legend, Heracles himself was injured by the weed’s juice), but in Russia, they call it Sosnowsky's hogweed, or just Borschevik. Don’t let the name confuse you: though it looks like huge dill, don’t even think of cooking borscht with it! And best stay far from this plant: its juice deprives the skin of UV protection, and you’ll get the strongest sunburn (that could lead to death). The juice in the eyes may result in blindness. And worst of all: this weed is very hard to destroy. One inflorescence contains about 3,000 seeds, and one plant, growing up to 3 meters, can have up to 10 inflorescences. These seeds are not afraid of the Russian climate and force other plants from the territory. Easy now! In Moscow, there’s even a fine for dacha owners who don’t kill any Sosnowsky's hogweed on their land, yet it continues to spread from the South to Siberia.

Have a nice summer in Russia!