Lifestyle
Yekaterina Sinelschikova
Igor Zotin/TASS
Drivers in the “wild” nineties rode around with a plush steering wheel, fake antennas glued to the roof, and tassels hanging from the windshield.

Sometimes these were ready-made covers bought at the market, but more often improvised means were used, including colored wires, pieces of cloth, or blue insulating tape. Particularly creative car owners wrapped the rim with artificial fur, making the wheel look like a timeworn teddy bear. 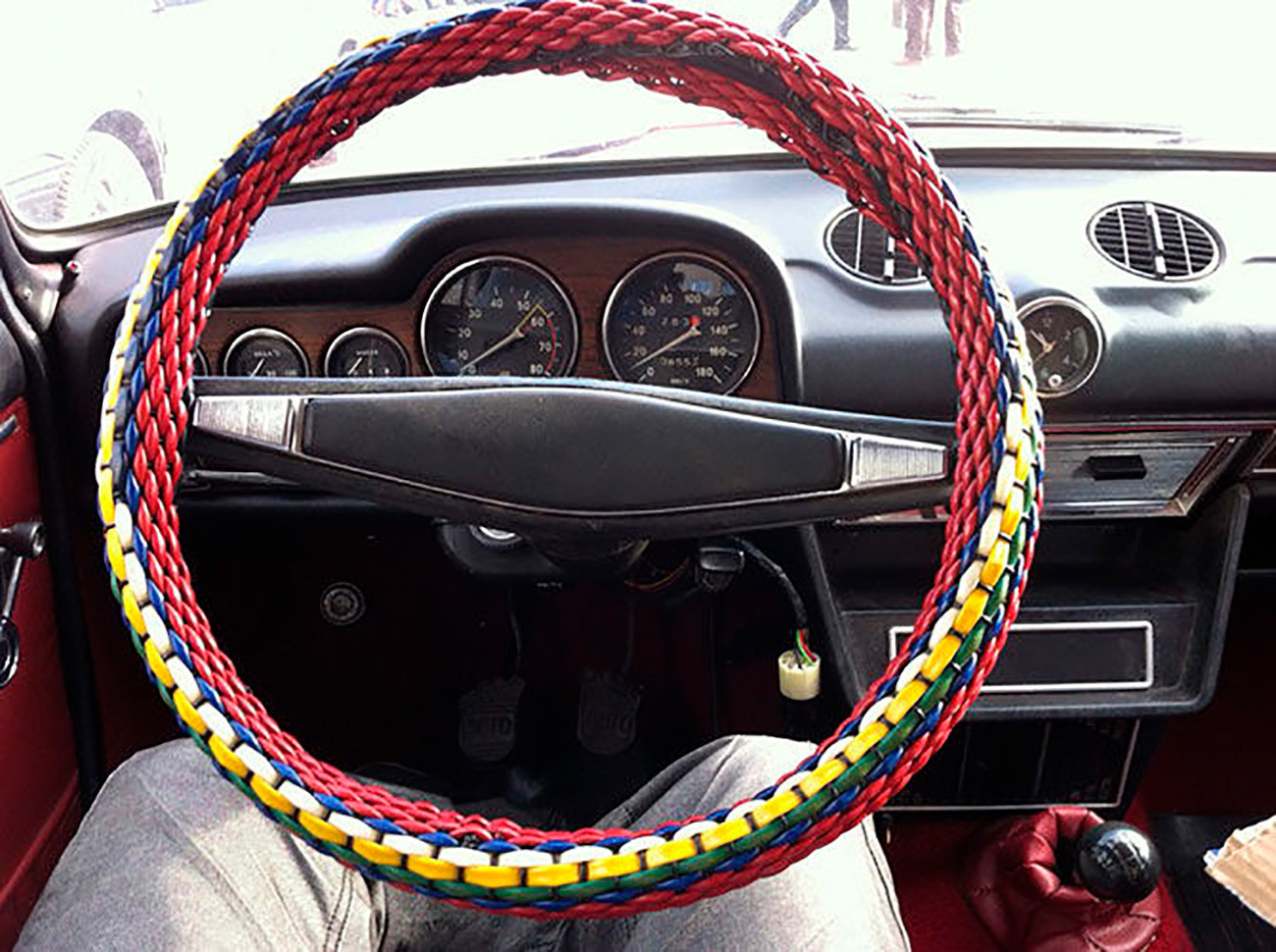 From an aesthetic point of view, it was dubious, but for drivers it was important to protect the steering wheel from wearing out, and their hands from excessive sweating. A cover was a particular must-have for truckers, whose steering wheel often became as slippery as wet soap. 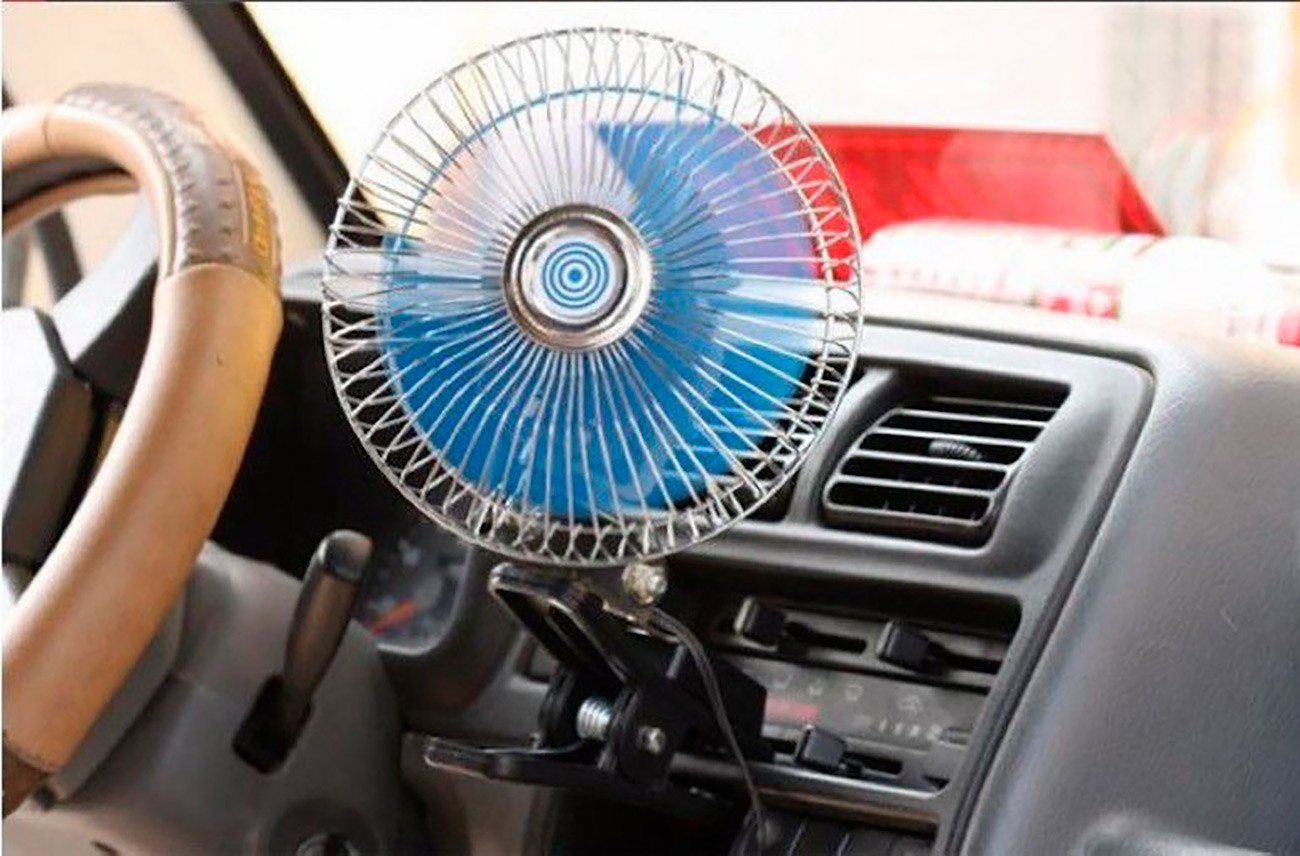 This device was used by those who didn’t have air conditioning (i.e. nearly everyone). It was only later that the market became flooded with foreign cars bearing the magic A/C button. Before that, motorists survived in the heat as best they could. True, the fan only cooled the driver. Passengers had to make do with opening the window. 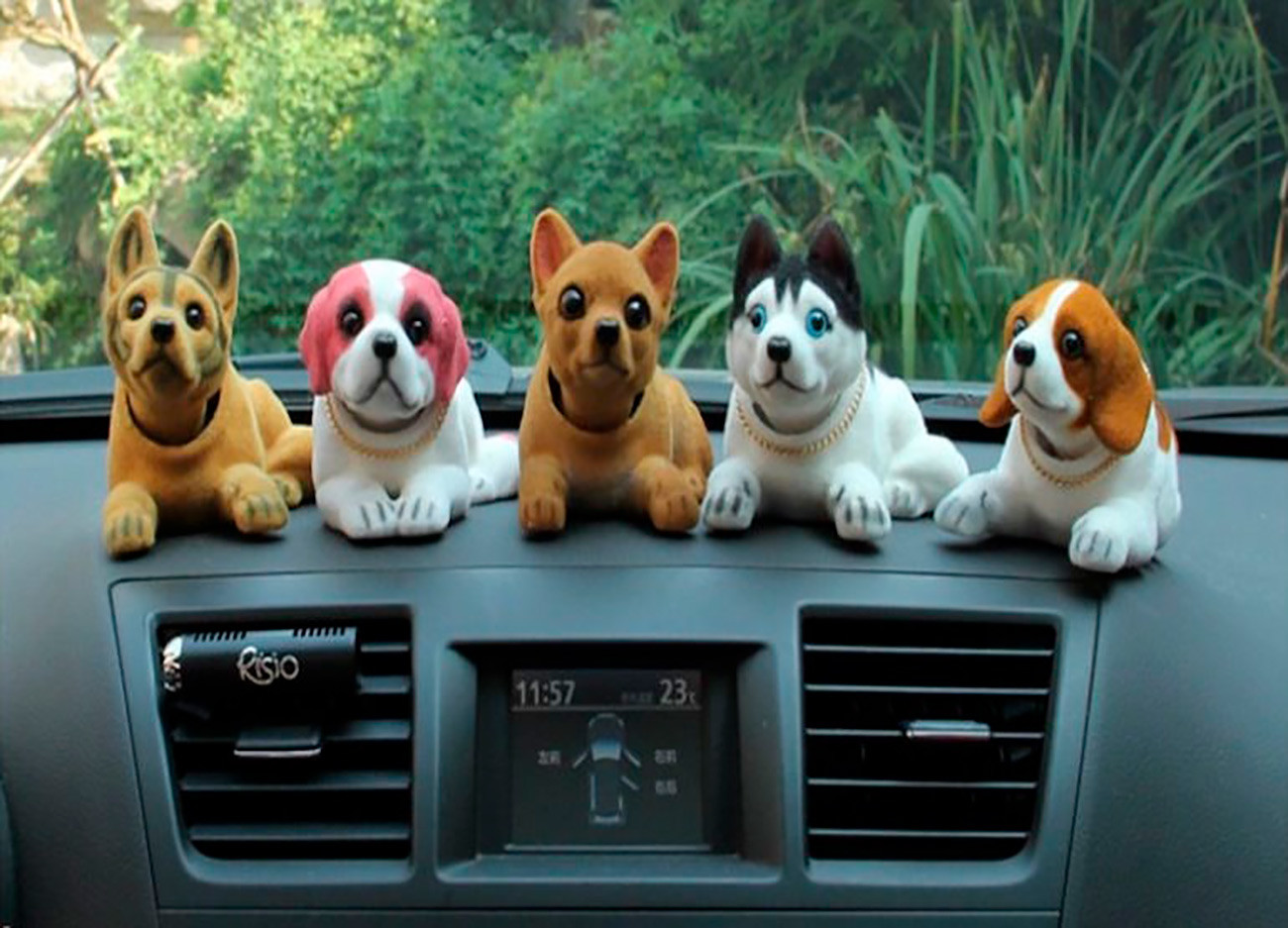 This “stylish” car accessory took the market by storm like the spinner in 2017. No matter that looking at the dog made you feel drowsy or nauseous. People quickly got tired of the novelty, but no one could be bothered to get rid of them. 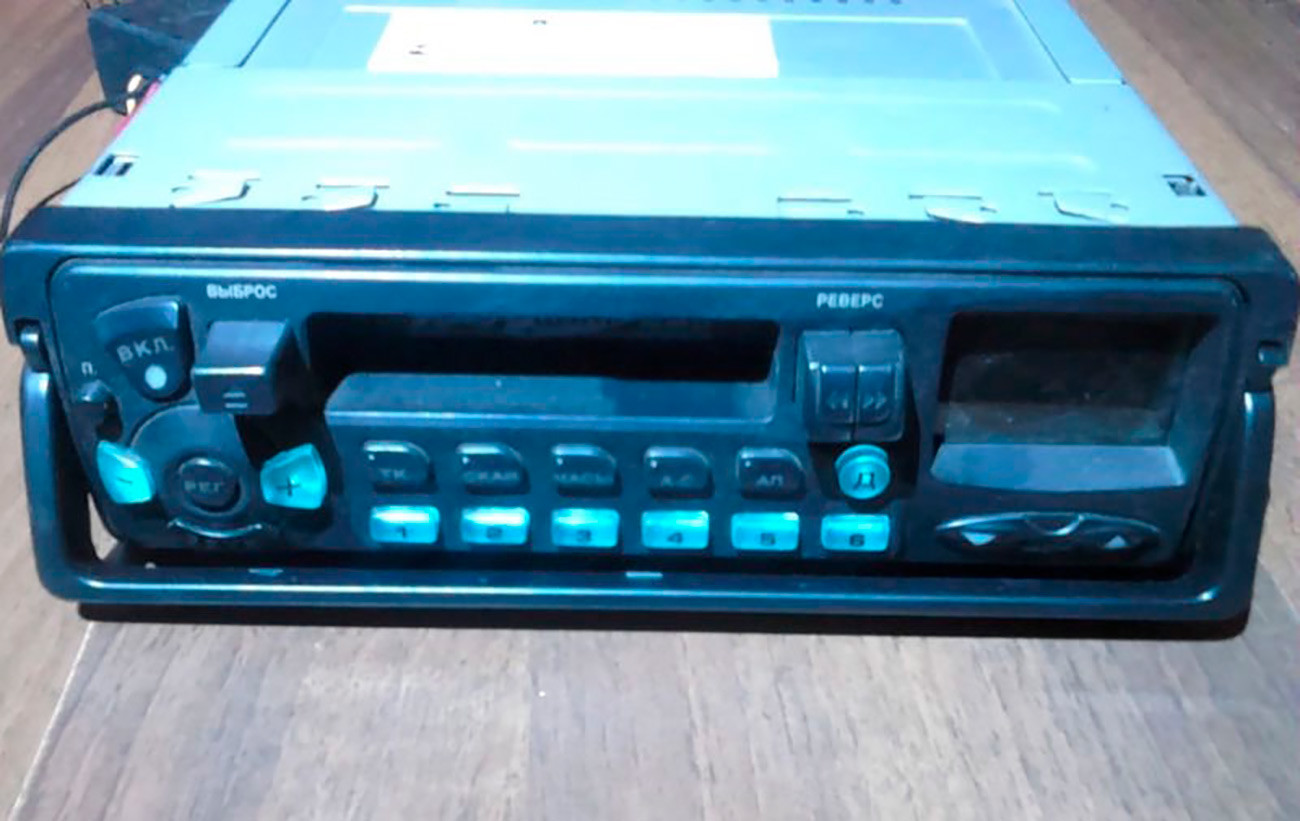 Can you believe that drivers used to lug this thing with them everywhere they went after parking up? Otherwise it was bound to be swiped. A tape player was a luxury item that many drivers could only dream about back in the 1990s. Plus it saved them from having to listen to the piped-in radio at the workplace, and opened up the magical world of music on cassette. Not to mention the autoreverse function and FM tuner! 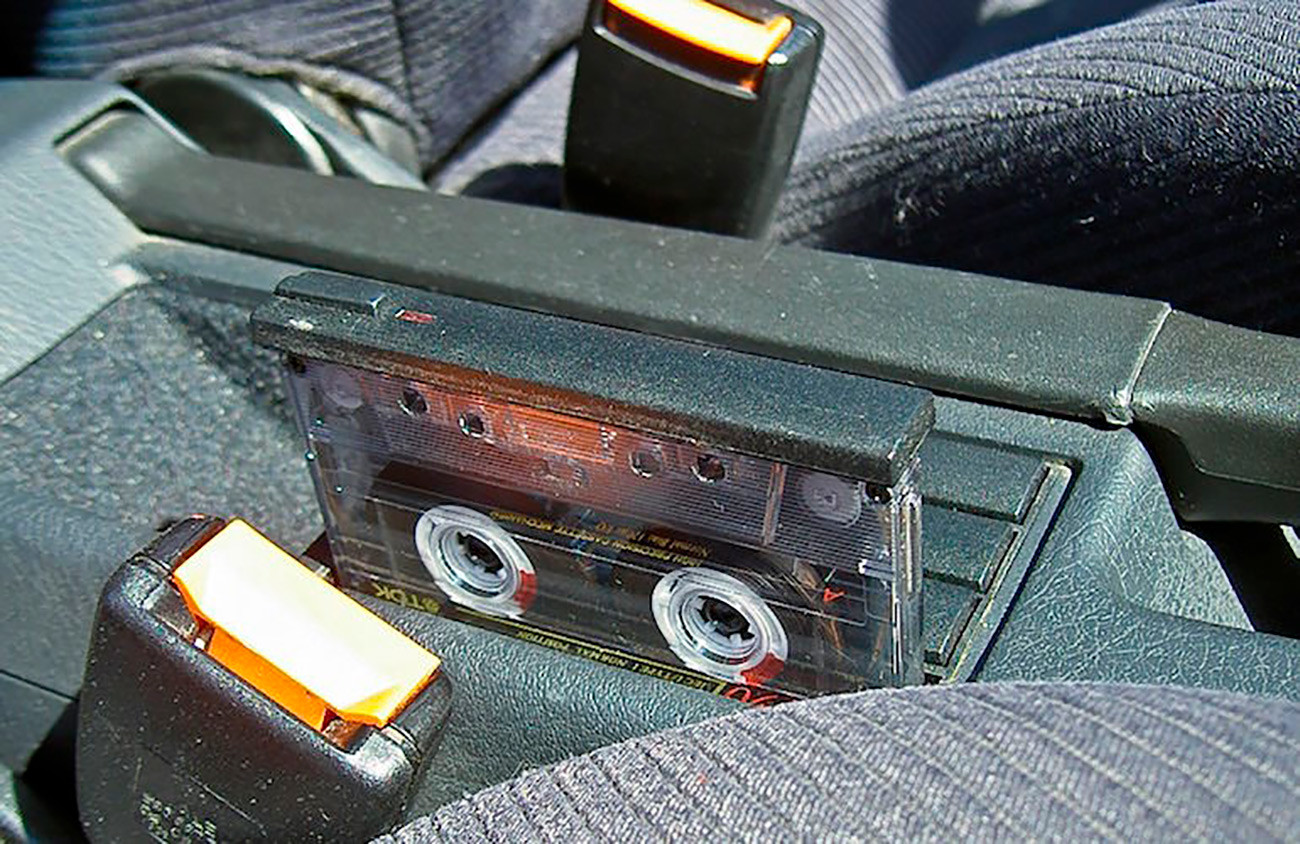 This was usually purchased at the same time as the cassette radio by those who didn’t want their beloved tapes rolling around in the glove compartment. They were soon replaced by the onslaught of CD cases. 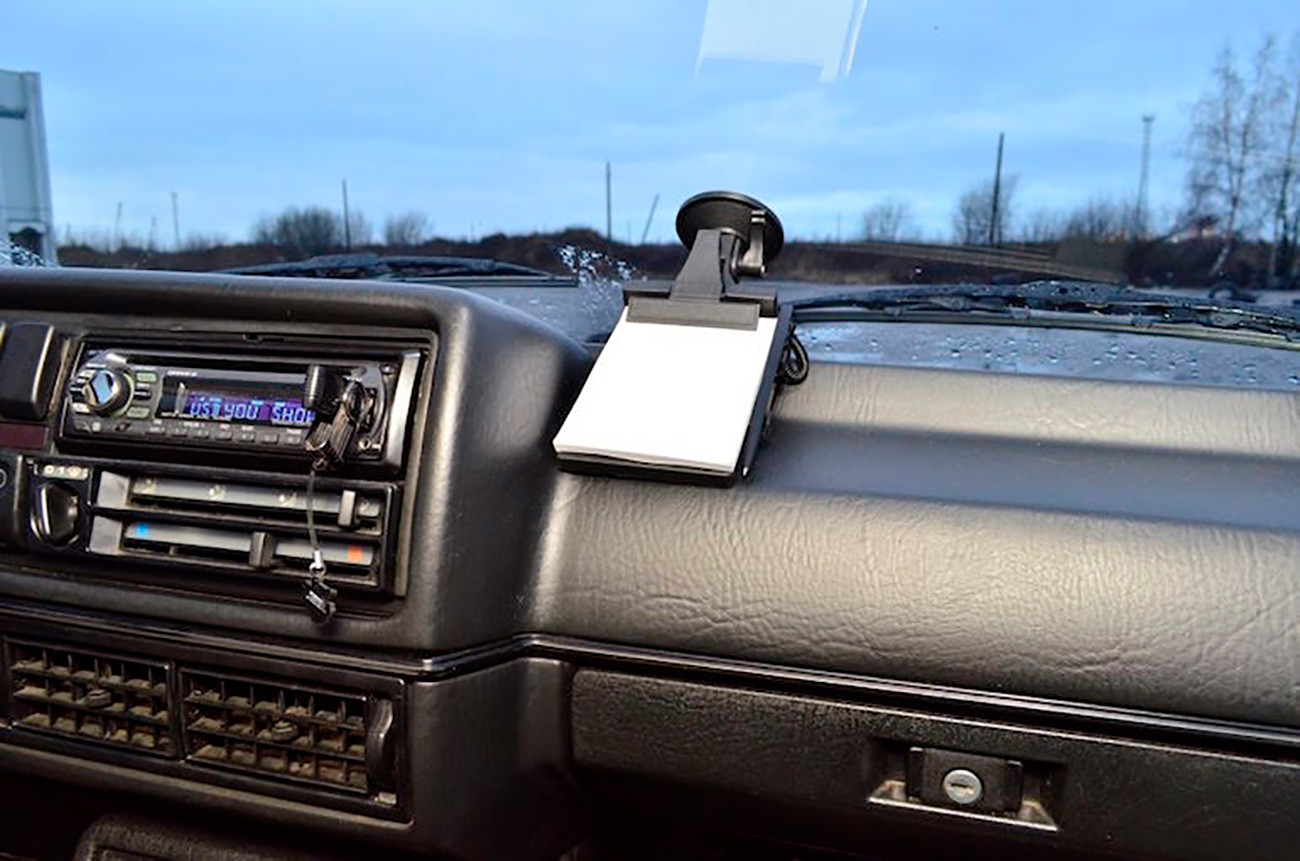 This was a prerequisite for anyone who considered himself a business hotshot (it was the 1990s, so many did). Sometimes a pen was attached. It was more for show than anything else, since no one actually used it. And it often fell off under the force of its own weight. But so what? The main thing was for drivers to demonstrate their business credentials to other road users. 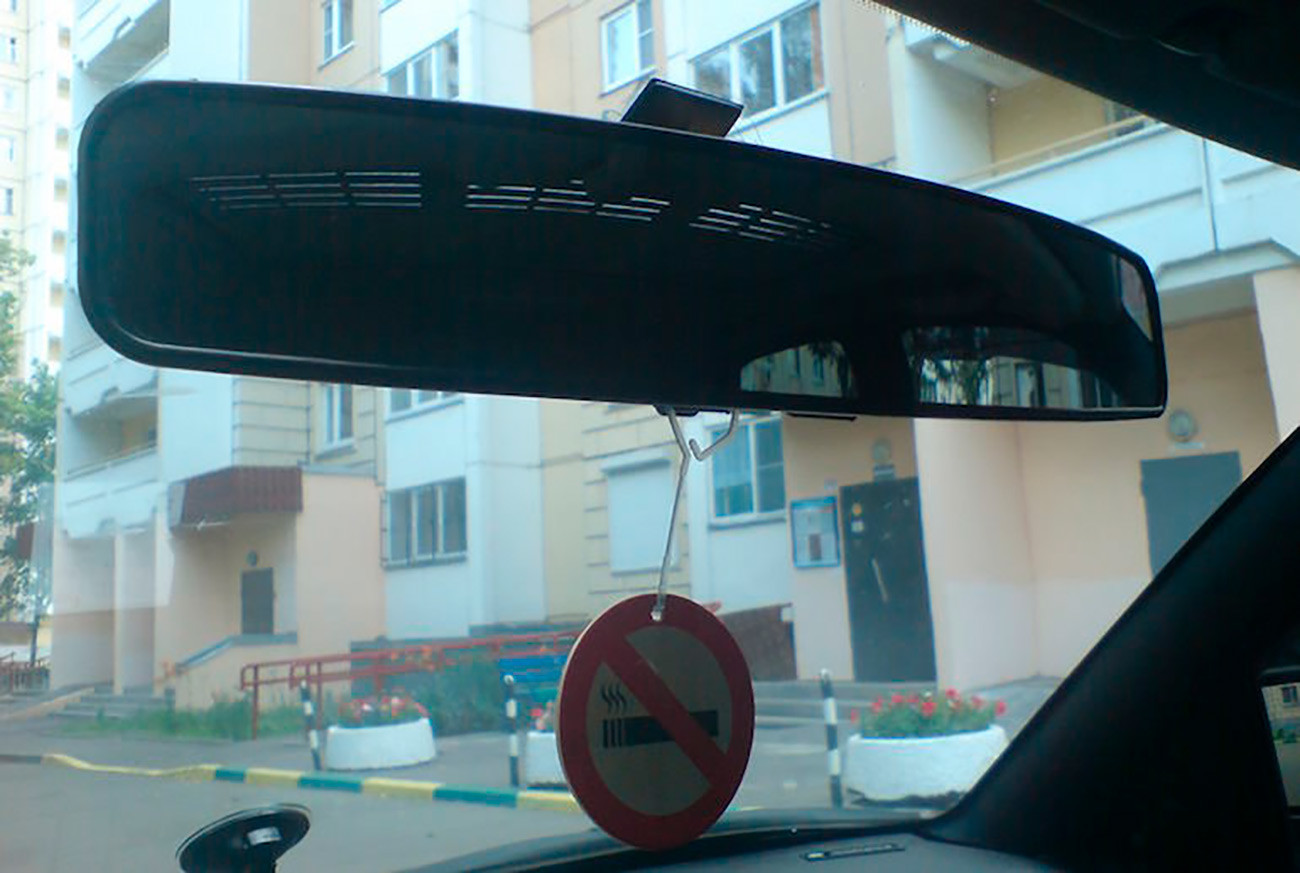 Another one? Yes, a panoramic mirror was placed over the standard one. For one thing, it looked cool, and for another, in those days side mirrors often got stolen, so the only solution was to fit a very large mirror on the inside. Over time, the gadget acquired an electronic clock, a compass (!), and a glow-in-the-dark thermometer, which raised the owner one rung up the status ladder. 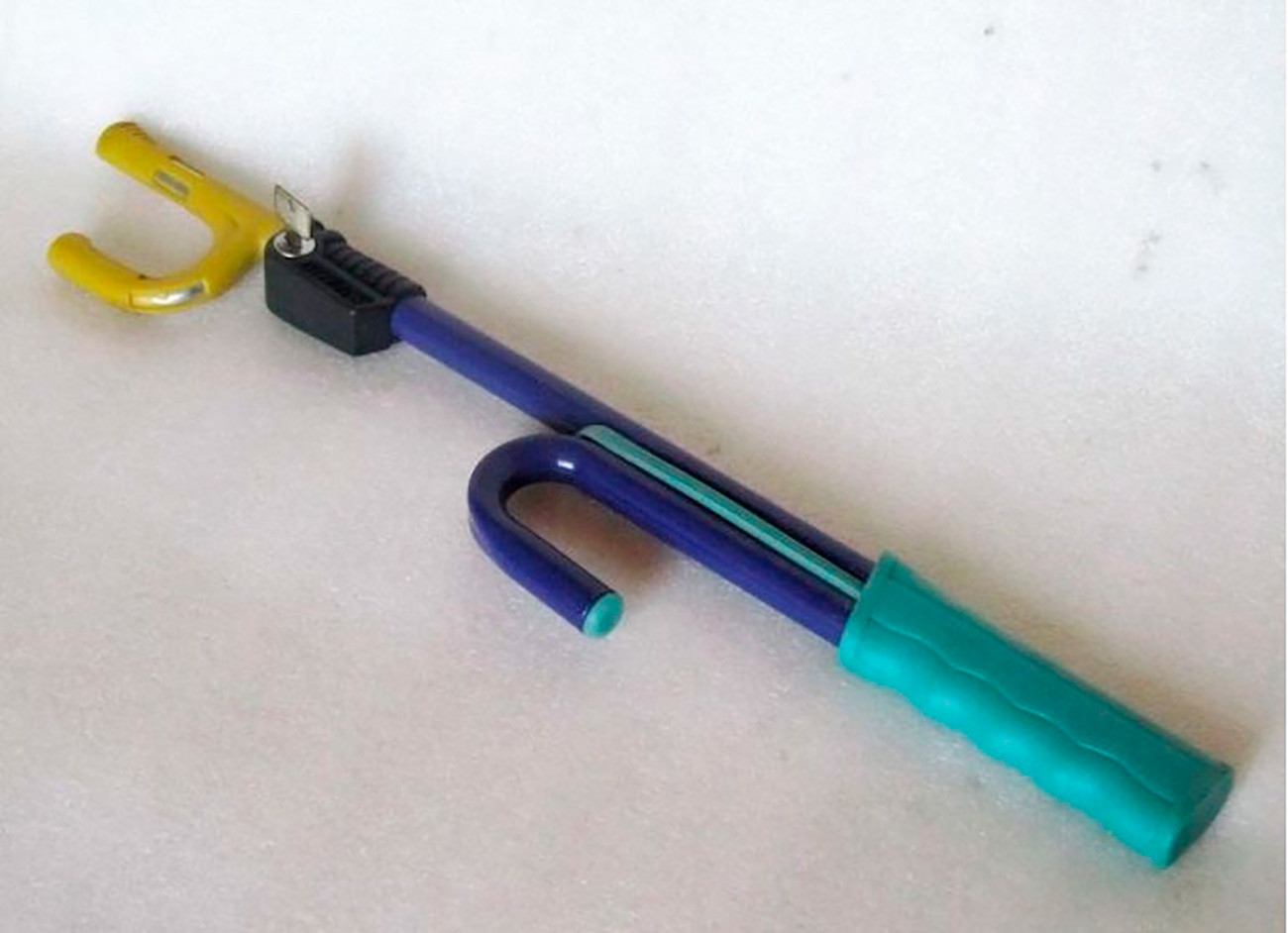 Car alarms were around in the 1990s, but they were expensive and not always effective. An anti-theft locking device on the steering rack, however, was more difficult to overcome – it had to be sawn off or the dashboard disassembled (which, however, did happen). 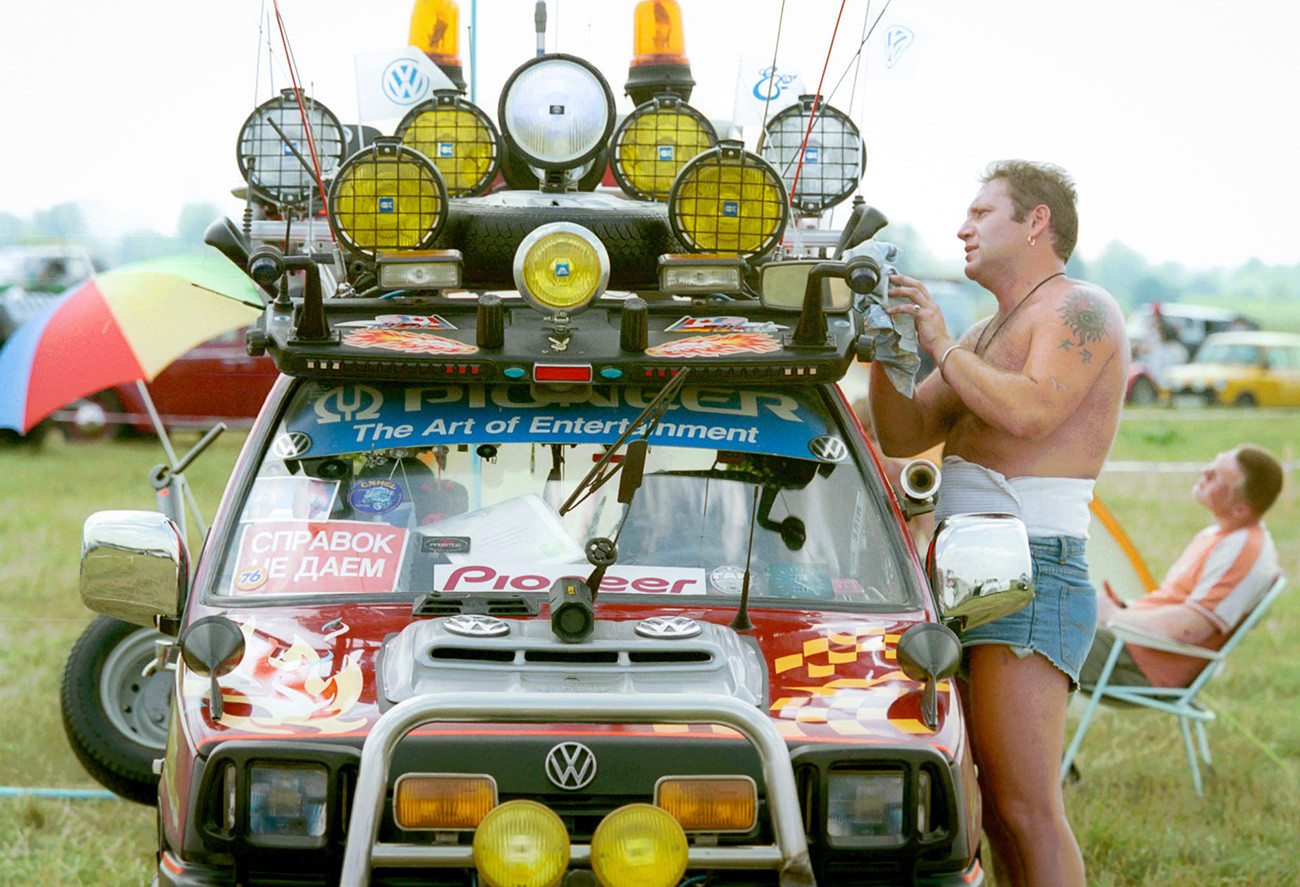 Although it had no practical value, it informed everyone in the vicinity that the driver of the vehicle was a serious dude (especially combined with a suction-cup notebook). The antenna was attached to the windshield, and a couple more could be fitted to the body or roof. Never mind the fact that they weren’t even connected. 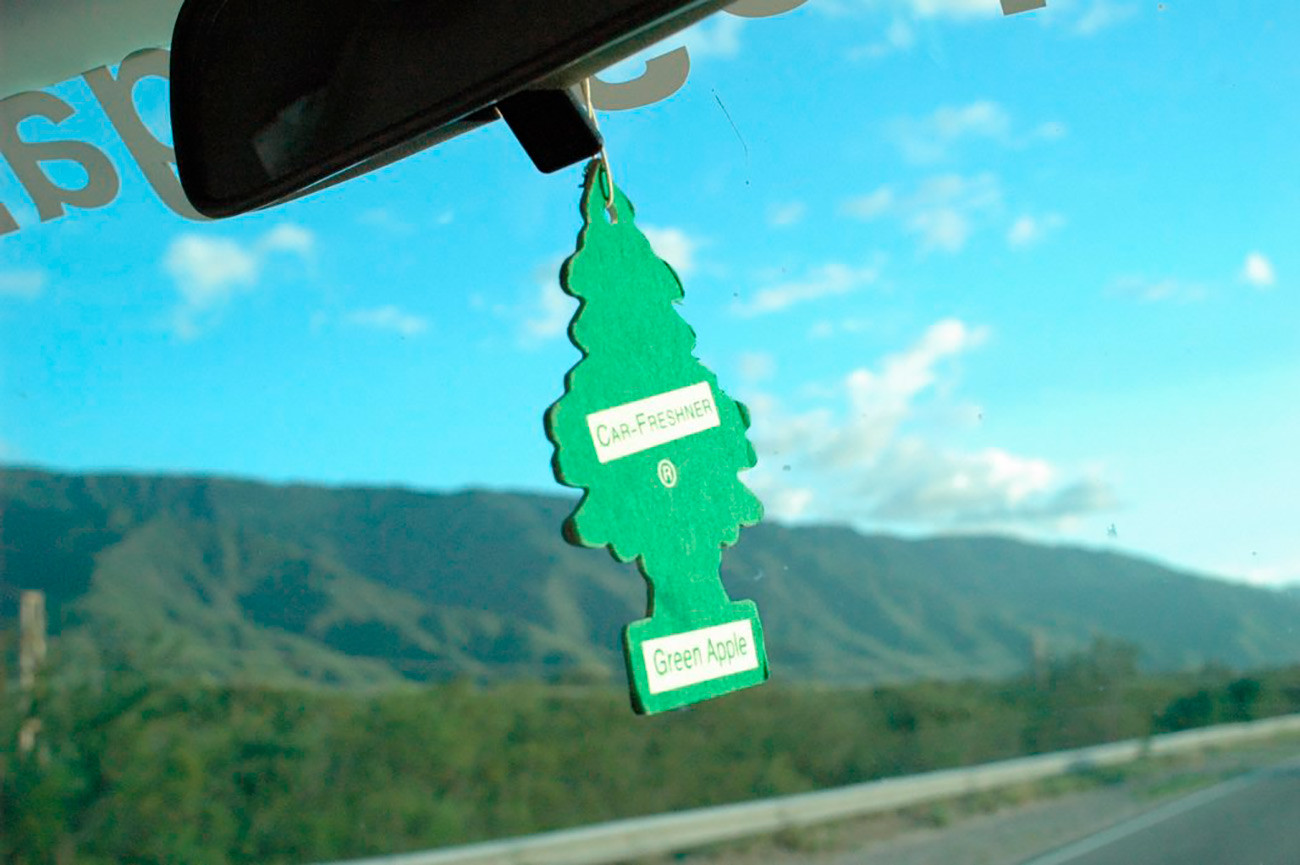 Car air freshener got right up the nose of post-Soviet Russia. It smelled nothing like pine tree and produced a vomiting reflex in many. But the “little pine trees” doubled up nicely as accessories – they could dangle on the rear-view mirror for years after the pungent smell had ceased to torment passengers. 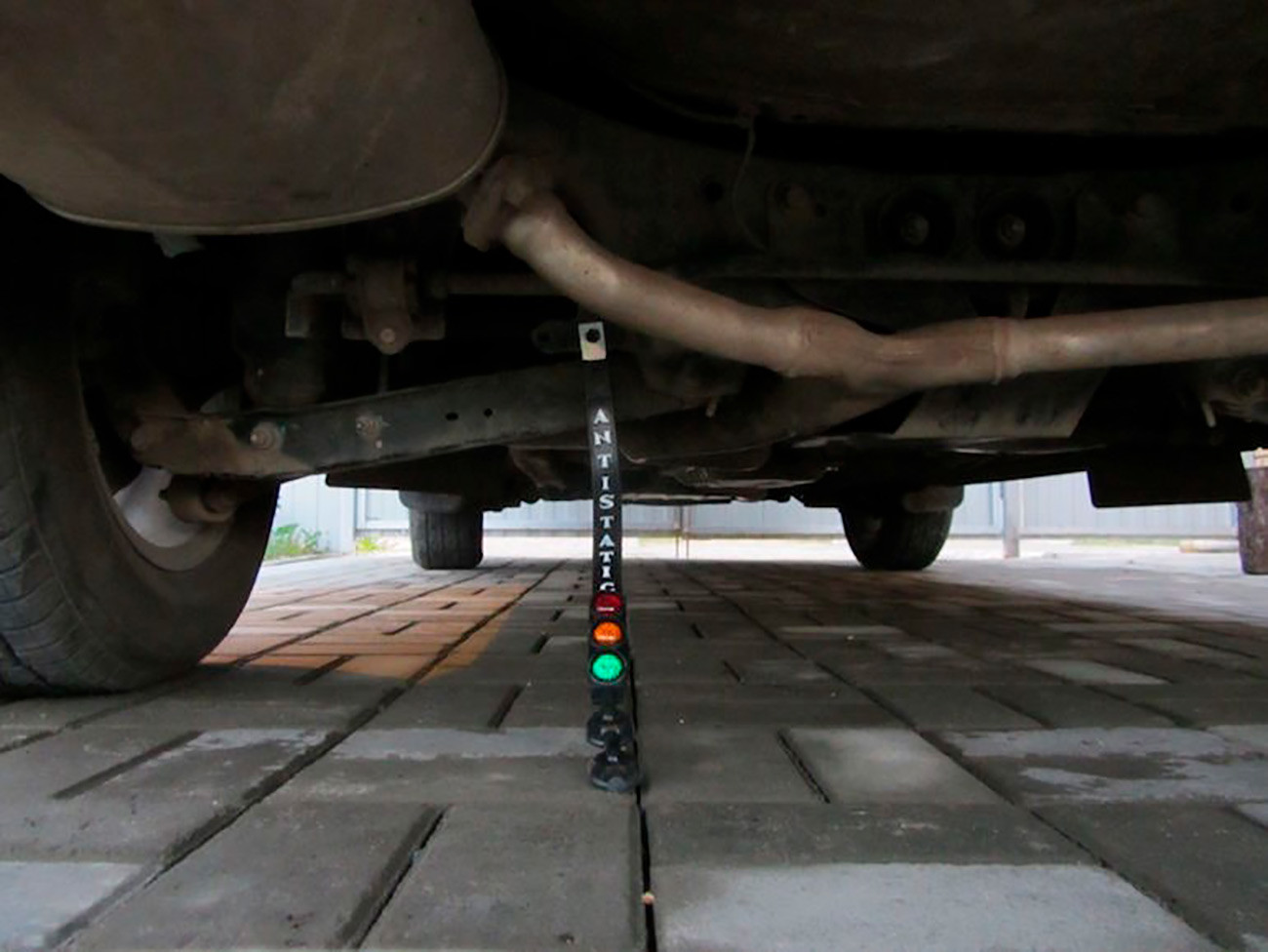 This mind-boggling gizmo supposedly reduced the buildup of static electricity in the car body. A rubber antistatic device was fastened under the bumper and dragged along the asphalt. Sometimes two, for the sake of symmetry. 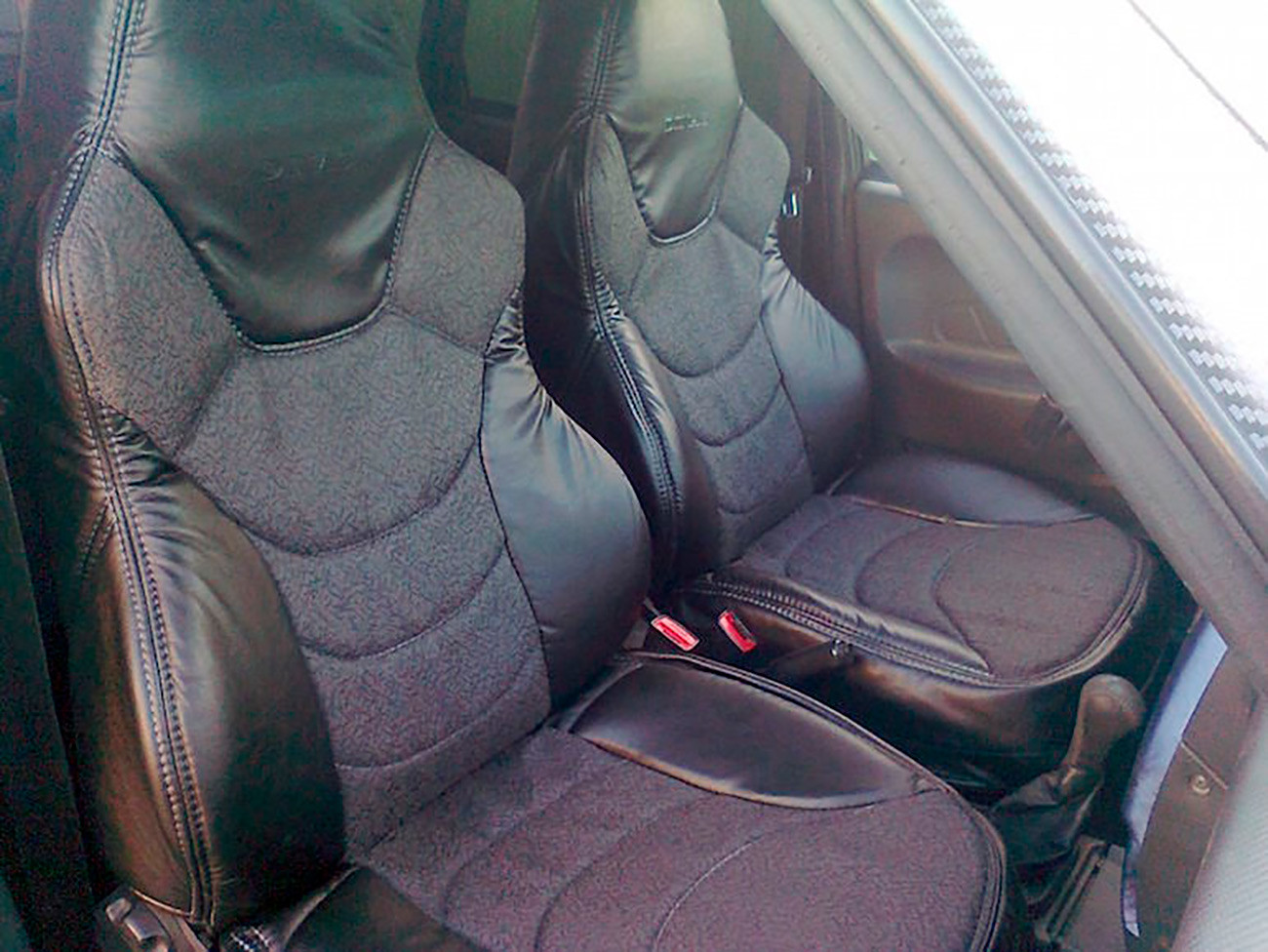 The centerpiece of any car interior, no matter what upholstery the owner lavished on the car – velor, leather, or with black edging. The main thing was to have them. They protected the seats from wear and tear, and could up the price at resale. Many installed covers the moment they got their vehicle, and never took them off.

Another fetish from the past was the notorious red lamp attached everywhere – on/under the bumper, on the rear windshield, etc. Real enthusiasts bedecked everything with taillights. And the mounted rectangular fixture created a spiritual bond with the cars they saw in U.S. blockbusters. 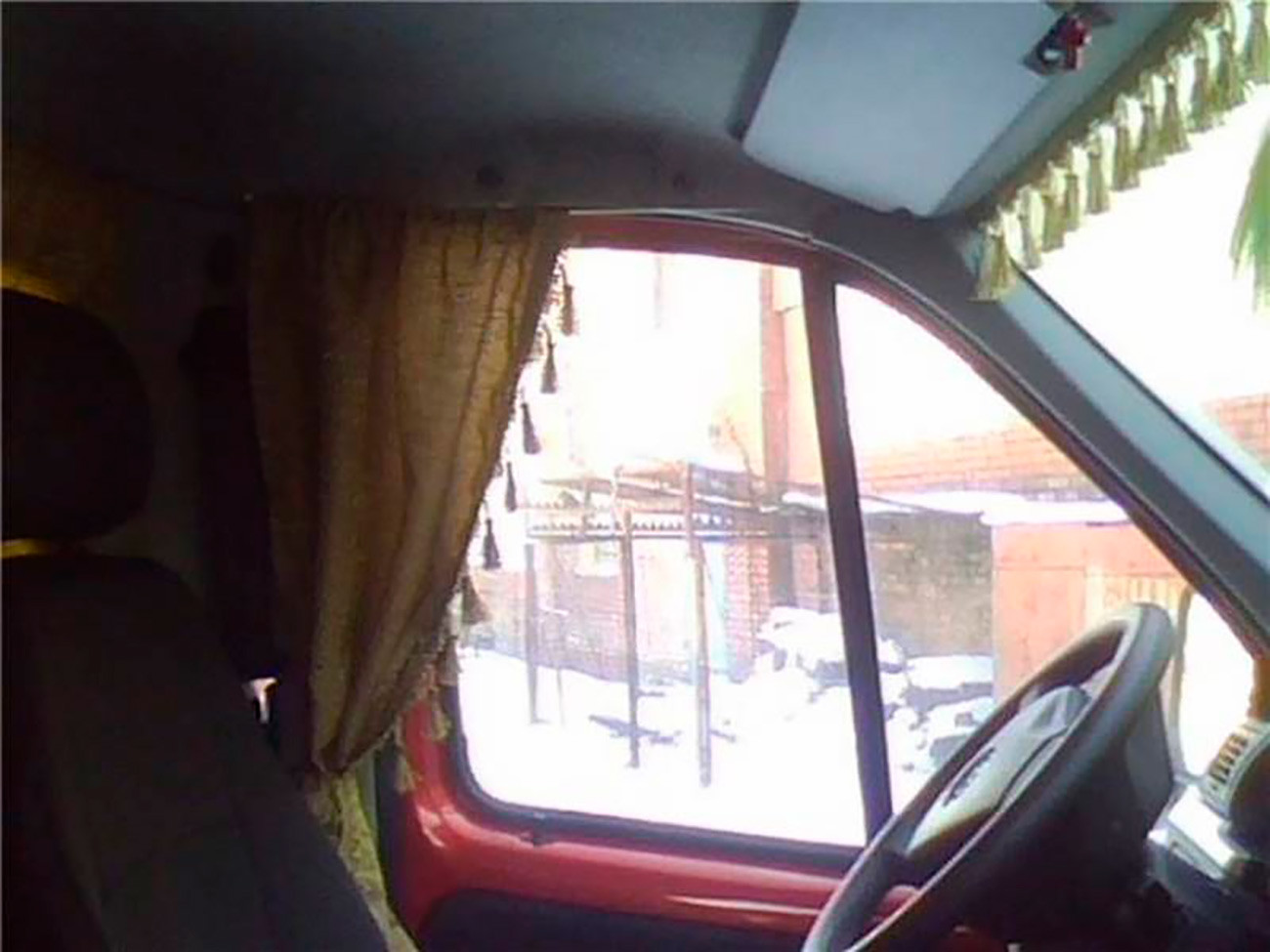 This marked you out as a highly enterprising person. The tassels (cut from an old carpet or bought at the market) were hung under the windshield and, in theory, protected the eyes from the glare of the sun. In reality, it just attracted the attention of other road users and/or reminded the driver of home sweet home. 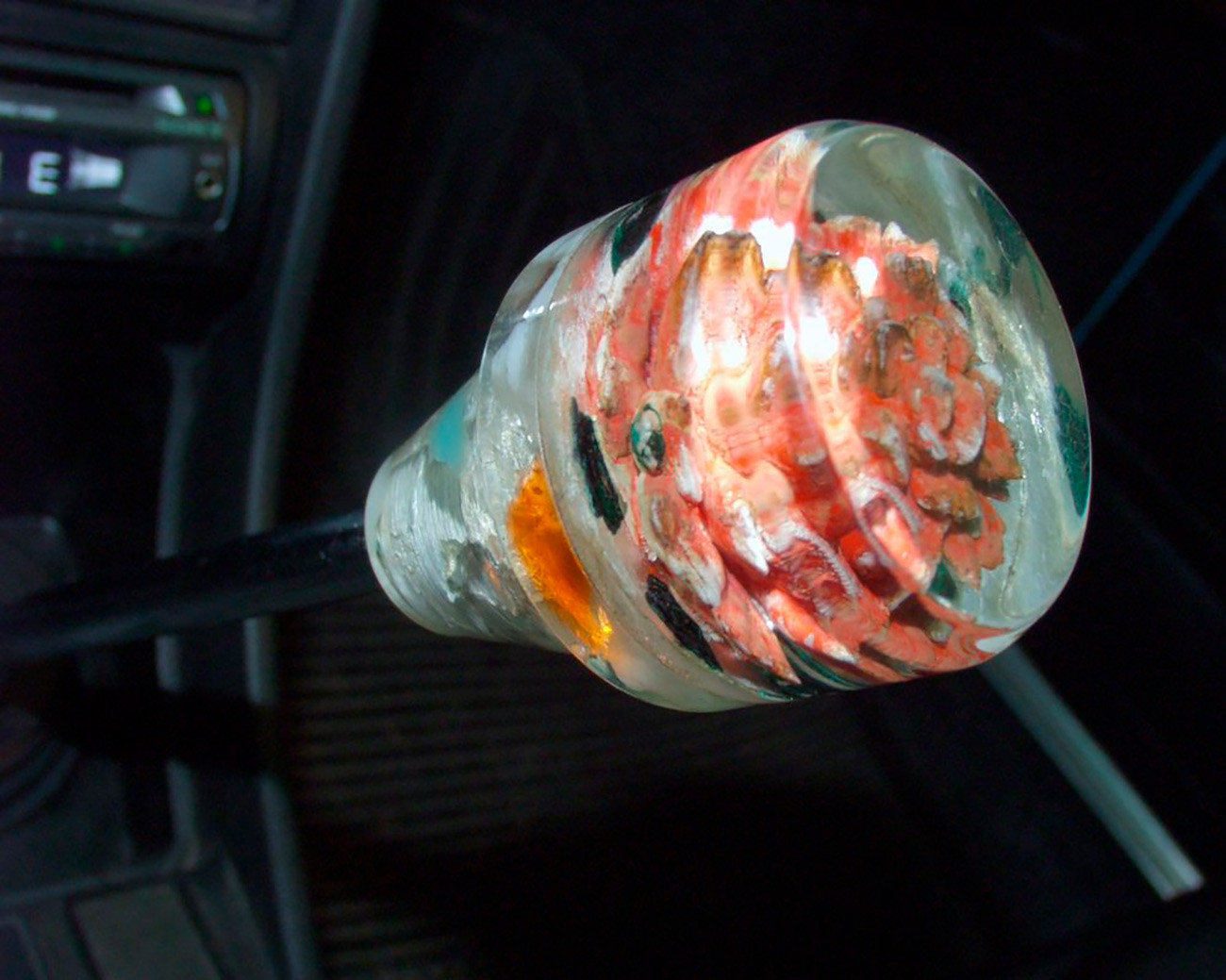 A “glass” knob was fitted to the gearstick, inside which was a flower, beetle, skull, bear’s paw, or just about anything. It was of no practical use, of course. But that was the whole point, you understand.