What qualities can Russians actually be proud of?

Lifestyle
Yekaterina Sinelschikova
Irina Baranova
Forget the writers. Forget the scientific revolutions. Those are actually not the things that make a Russian tear up at the sound of the national anthem.

First man in space, winning the Second World War, poetry, linguistic riches, humor, the hockey national team - those are things a lot of people justly associate with our proud culture (to say nothing of its status as the largest country in the world). Every Russian can dig inside themselves and come up with some historical figure or achievement that fills them with pride.

But where does that leave the actual Russians? We’re talking here not of Dostoyevsky, Chaikovsky, Tarkovsky or Gagarin, but of cultural characteristics of everyday people. The following stories hold more of that than anything you might have learned about our achievements.

“When I was ten years old, my dad lost control of the car. It was a dark Kazakh night, the streets were icy, and the car spun twice before he wrestled it back to safety. He stopped the car, breathed in deeply, and turned to make sure I was okay”, Yulia Kvach from Siberia remembers.

She remembers her father in a way she had never seen him before until then. Although she remembers traces of mental exhaustion on his face from previous times, especially Kazakhstan’s economy was in shambles, the government budget for the city of Baikonur was practically non-existent and his military salary was simply not enough for a life with any sort of dignity. 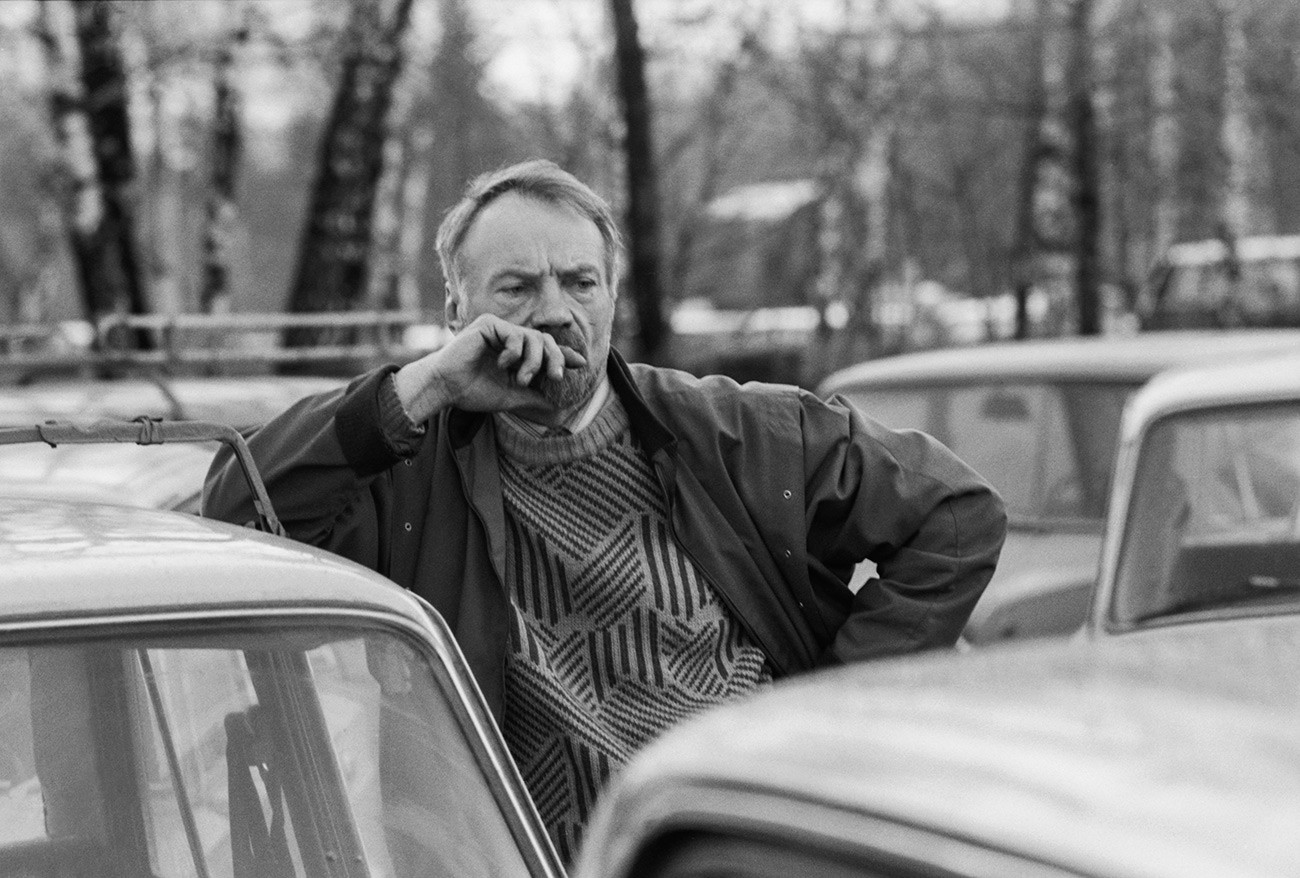 Likewise, Yulia recalls bags under his eyes when he’d been working as a taxi driver by night, just to make ends meet - and how, in the morning, he would drive her to her English class, and head off to his 9-to-5 job. “I saw his love and concern for me, as he drove me to an English tutor we could barely afford. And I suddenly realized that I hadn’t heard him complain once,” she says.”That night, I saw the Russian spirit in my dad”.

Every family in Russia has similar stories, if you ask around. “In 1945, my friend’s grandmother traveled from Kiev to Vladivostok on a rumor her husband might be there, moved from the Western to the Eastern front during the war,” Yulia continues. “She hadn’t heard from him in four years. She didn’t complain. She packed her bags, slept on the streets, and found him three weeks later”.

“Russians know life is tough - but that knowledge doesn’t breed desperation. Instead, it drives us to work harder. Russians don’t complain. They go through hell, shrug, and get back to work. I’m proud to be Russian”.

Russians tend to help you out, even when down in the dumps themselves

So, you know a few things about Russians, right? The fact that we’re gloomy, like a drink and don’t smile much. OK. But all of these are surface stereotypes (to an extent), which often conceal the actual reasons behind such behavior.

Each time Vladimir Zakharov comes back from a European trip to his town on the outskirts of Moscow, he’s overcome with gloom from that depressing gloom that falls over it, and washes over the faces of its inhabitants.

Read more: Why is Russia so damn ‘depressing’?

“On one of those depressive winter evenings, I was standing at an improvised crossing near my block of flats. A classical Russian drunkard was standing beside me. Drably dressed, smelling of hangover and overage sweat, grim as hell — and smoking those unbelievably cheap cigarettes that were sending life-threatening and vomit-inducing fumes my way — all the ways, for that matter. Not wishing to bear on with his company, I cursed out loud and started crossing the seemingly empty street”, Zakharov says. 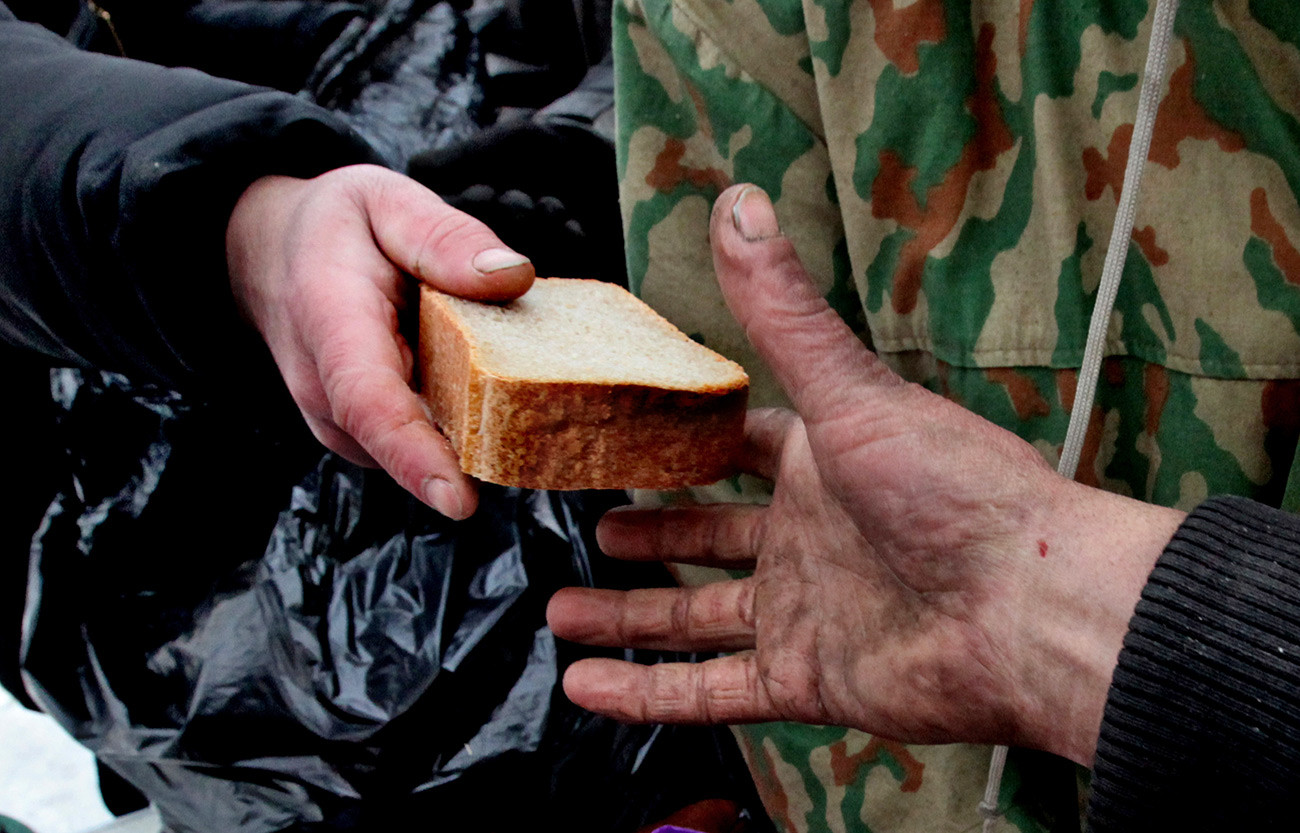 Suddenly, the man’s hand reached out and blocked his path. In an instant, seemingly out of nowhere, several cars had sped by at a crazy speed - which surely would have killed him, had it not been for the stranger intervening. The man himself said nothing - he didn’t even look Zakharov in the eye.

“Moments like this make me remember that not all that glitters is gold, and not all that smells is rotten. Russians might seem like the smelliest pig in the pen, but when the trouble comes you won’t need roses, you’ll need someone to help you out. And that’s what Russians do”.

“We survived revolution, Stalin, World War Two, and many years behind the Iron Curtain, and somehow most of us kept our sanity”, Galina Craigs writes. She’s lived in Virginia for 20 years, her mother and sisters in Russia, and they’re “all proud to be in the countries they now live in.”

“My great grandfather spent 17 years in Stalin’s concentration camps, came home without two fingers that he cut off himself to survive, and with only one eye (the other eye was lost during WWII in Shtrafbat - cannon fodder division of the soviet army). My great grandmother lost seven out of nine her kids to starvation. My grandfather was persecuted for surviving Nazi camp, and staying alive (by escaping and crossing half of Europe on foot)”. 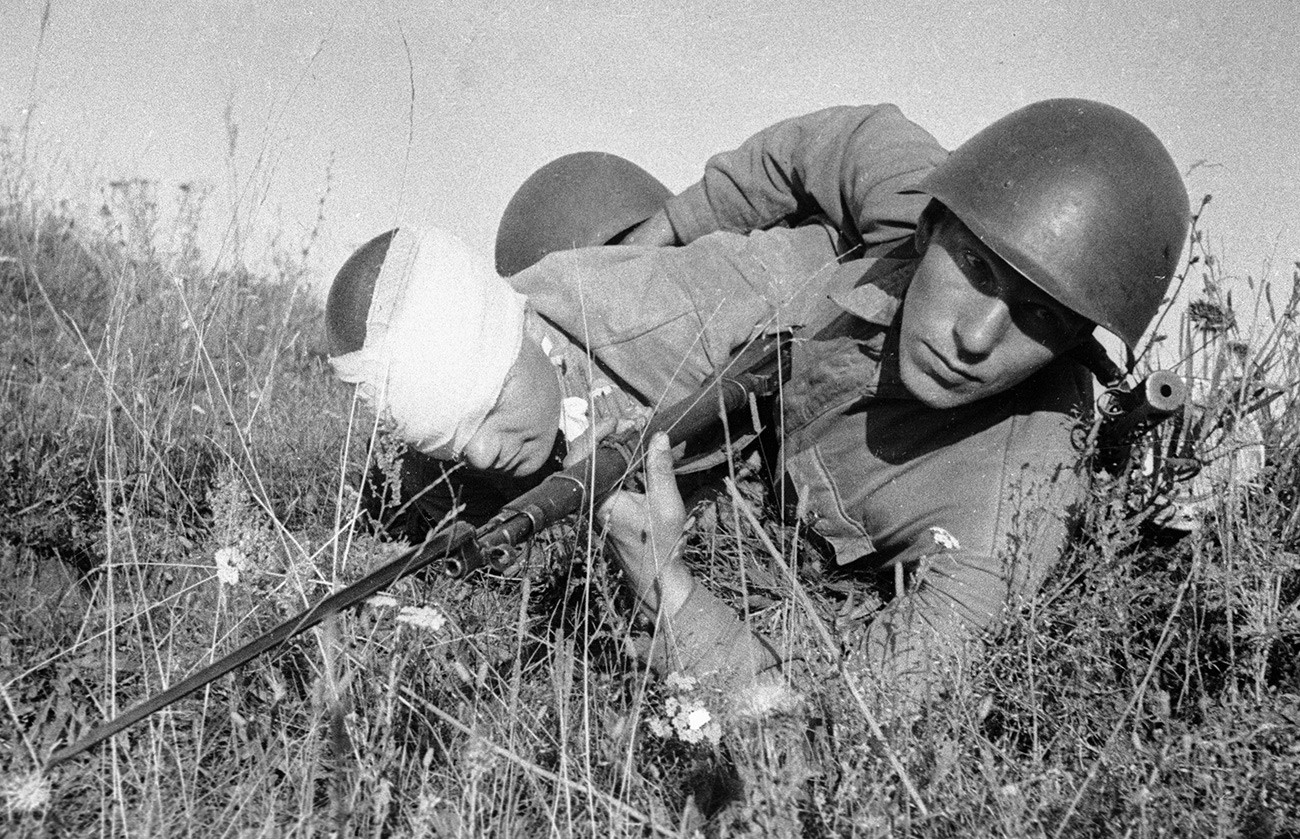 “However, I am still proud of my heritage, because of our survival skills, and all the hard work towards survival. Now we know how to celebrate life, and appreciate it like nobody else”, Galina says.

Does that mean that Russians only find a reason to be proud of themselves when life slams them against the wall? That’s true, in part. My own father doesn’t miss an opportunity to tell me that we’re a nation of “survivors” (and he talks a lot of sense), but this by far isn’t the only reason.

Some more reasons the Russians take pride in their identity

“Let’s put it like this. Russia is very far from being the economic paradise, which often lead us to possess less, than people in developed countries. Some think it’s bad, that I do not have 3 iPhones. But I think that this situation makes me study WAY harder. I consider self improvement my life’s purpose, rather than getting iPhones. If I lived somewhere in Europe, I’d probably have less to achieve in life. But I live in the country, that simultaneously makes me work hard, and give me opportunities”, Vadim Neverov writes.

“There was one winter in Russia when it was 10 year record cold. I think it reached -38C at night in Moscow. What do Russians do when it’s -38C? Go for a swim of course! You go to a lake or a river (which can be a pretty long walk in and of itself), break a hole in the ice and swim to your heart’s desire. That’s on a normal winter. How about, on a -38C winter? Piece of cake. You just stand in line with hundreds of people like you, and wait for your turn,” Vadim adds. 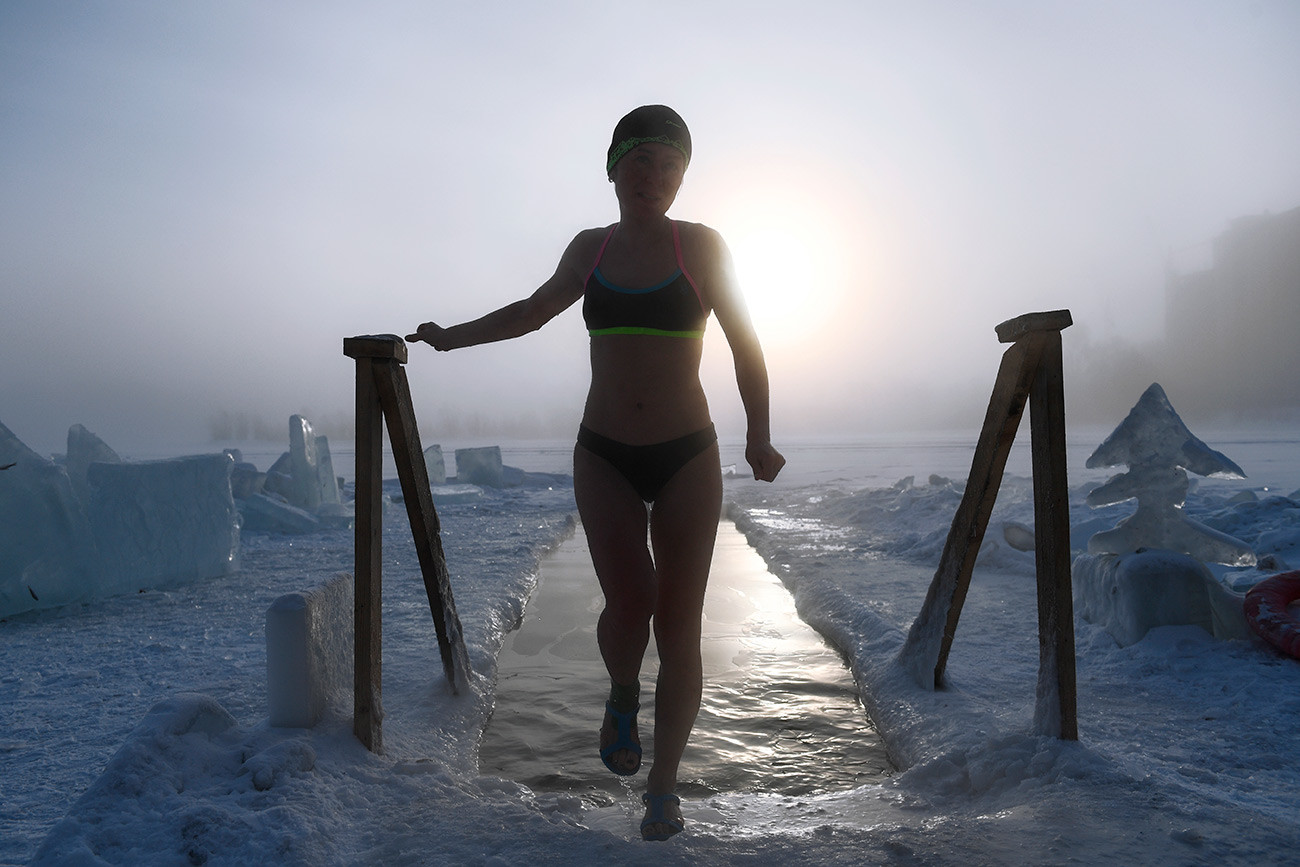 Another respondent, Anna Vinogradova, wries: “It was a mass craze. There were ambulances lined up, staffed with actual doctors, in case someone collapsed after their swim. Some ridiculous number went for a swim in Moscow alone. Tens of thousands? Hundreds of thousands? Moscovites are wusses though. [...]Oh, and the school attendance during the record cold week? Even though school was optional. The whole city functioned normally, just unusually bright white and silent without all these private cars. Russians excel at adapting themselves to suit their environment. Russians get sick and depressed when life becomes too easy; they need hardship, real or man-made.”

Lastly, there was the humorous response from a Dima Vorobyev:

“1) We kick ass. We may pay a terrible price, but we get things done.

2) We made streetwise into high science. We engineer things out of bubblegum, sticks and our own blood. They sometimes look like crap, but they do their job, and they save our sorry Russian asses when everyone else has left us for dead.

3) We have a gentle, magnanimous, clear-sighted core that never dies under that mantle of lost opportunities and the crust of wounded pride, grudges and aggression. We hate it, because we think it makes us weak. But on a good day, you can see through cracks its warm, steady glow of enlightenment.”