FAQs: 5 questions about getting fined in Russia

Lifestyle
Ksenia Zubacheva
Moskva Agency
Whether you are coming to Russia for a short visit or planning to stay here for long, keeping in mind some of its basic rules will be good for you. Is it ok to smoke or drink alcohol in public places? Can you get fined for jaywalking? And can a foreigner get away with not paying a fine, if he or she faces one? Find out in our brief guide!

1. What kind of fines in Russia?

Like any other country, Russia has a legal system a person if he or she fails to follow its laws. Apart from serious crimes, it also provides for minor offenses and the subsequent punishment is usually in the form of paying an administrative fine.

According to Dmitry Lesnyak, head of GR-practice at BMS Law Firm, failure to pay the fine leads to further administrative action in Russia - one will have to pay twice as much, risk arrest or undergo compulsory public work. For instance, improper behavior in public, which clearly indicates a person’s disrespect for others (like using obscene language or harming another person’s property), might lead to an administrative fine of 500 to 1,000 rubles ($8-16) or an administrative arrest for up to 15 days. 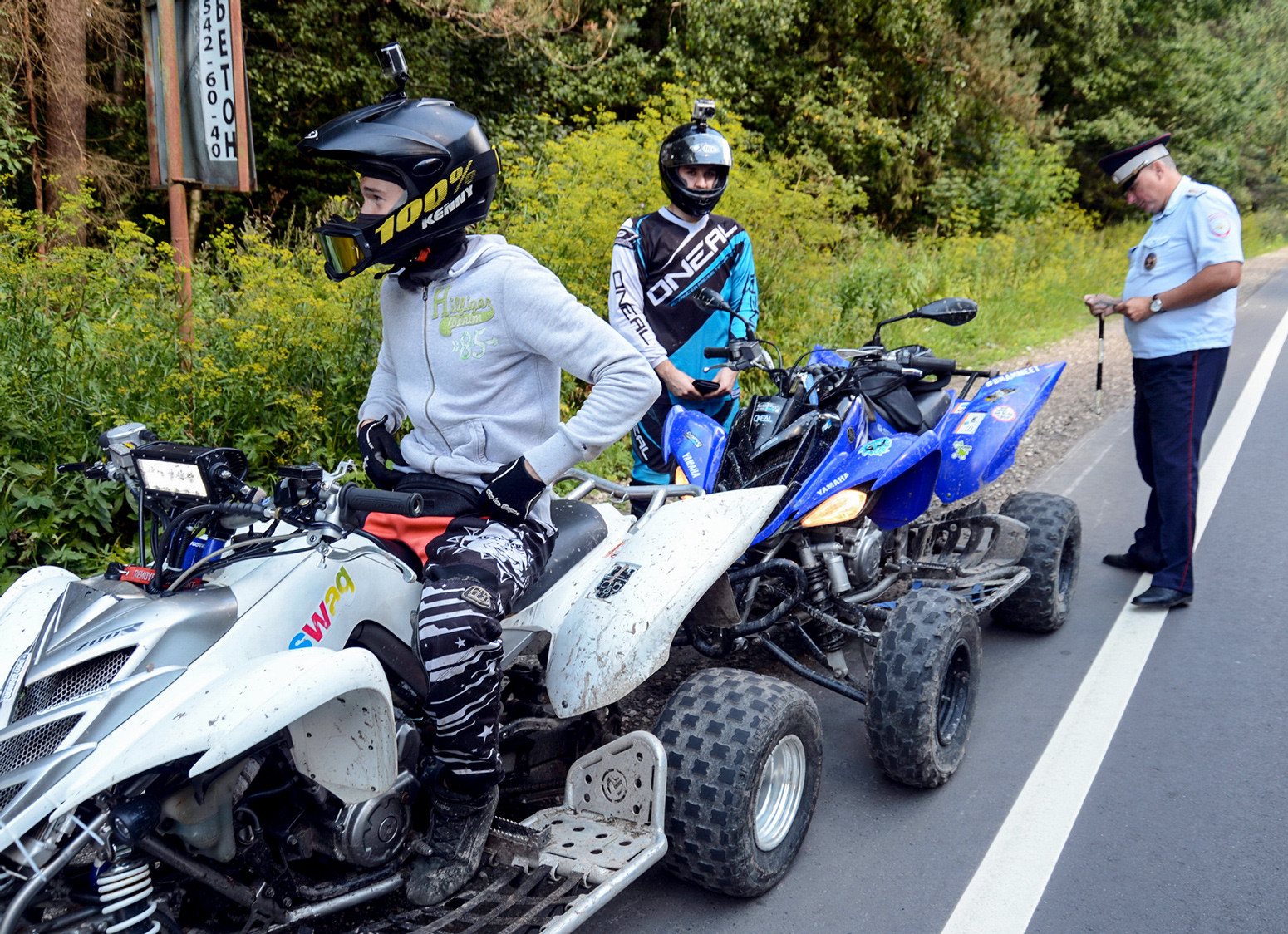 , authorities also introduced a fine for starting a fire in Russian forests (because humans cause 80 percent of forest fires). Starting from Summer 2019, citizens have to pay 4,000-5,000 rubles ($63-79) caught red-handed (link in Russian).

2. What do people get fined for most often?

A lot of Russians drive, so the majority of them get fines for traffic rule violations quite regularly. Now that authorities have installed cameras on most roads, such violations no longer go unnoticed, especially in Moscow. According to the 2018 figures (link in Russian), more than of violations (66 percent) were related exceeding speed limits. Public polls echo these findings: according to 2018 polls (link in Russian), 80 percent of Russians said they get fined for exceeding speed limits, followed by not wearing a seatbelt and speaking on a mobile phone while driving (40 percent each).

David, a car owner from Moscow, says it is quite true, based on his personal experience. “The majority of fines are related to exceeding limit in 20-40 km/h zones. The fine is 500 rubles ($8)”. But, there is an official option to pay just 50 percent of the fine within the first 20 days - statistically, around 65 percent of Russians prefer to do this to save money.

If you are just a pedestrian, also be cautious. Many Russians face fines after being spotted jaywalking by police. “I went to the shop just near my house and crossed the road on a red light. A policeman saw this and issued me a fine of 500 rubles ($8),” says Alevtina from Moscow. 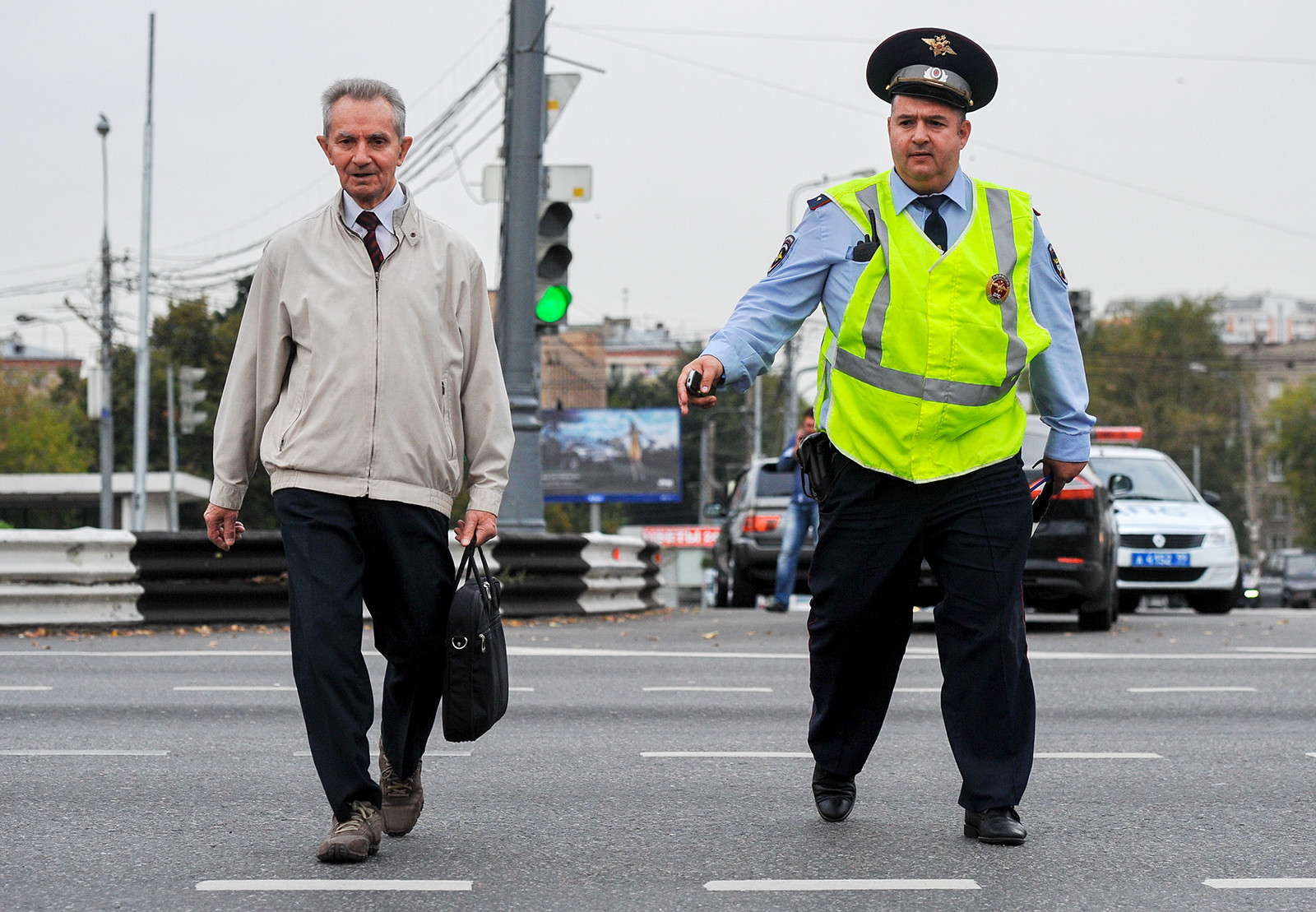 “Once I was fined for crossing the road at the wrong place,” recalls Alexandra, a journalist from Moscow. “It was minus 20 degrees Celsius outside and I had to wait outside while the policeman issued me a fine sitting in his car!” Slava, a photo editor from the Russian capital, had a similar situation: she crossed a boulevard illegally, thus, crossing two roadways and received two fines.

As for fines related to behavior in public places, it’s not that simple, says Dmitry Lesnyak. “Rules, like, for instance, smoking in public places, usually don’t work, because they are violated by a lot of people and it’s just impossible to react to each violation,” he argues. Yet, despite this, make sure to at least avoid smoking or drinking alcohol in public, because the latter is what landed Oleg from Moscow not one, but two fines - 500 rubles each ($8). “Every place which is open and accessible to other people is considered public in Russia. Even if you drink alcohol at 6 am somewhere in the Siberian taiga and don’t disturb anyone, it’s still considered a public place if a random forester passes by,” he explains. “Still, many people continue to drink alcohol on the streets, despite the law, and unfortunately, only those who do it carelessly get arrested. Basically, that’s why I was caught twice - at Vorobyovy Gory and VDNKh. Just pick the spots more carefully!”

3. Can one receive a fine by mistake?

Yes, errors do occur, but not often. Some of them take place because of factor. For instance, one man from Russia’s Kurgan region mistakenly received 60 fines belonging to someone else for traffic rule violations -   40,000 rubles ($634)! (link in Russian) The issue occurred when he sold his car, but the new owner didn’t re-register it under a new owner, so the fines kept going to the previous one 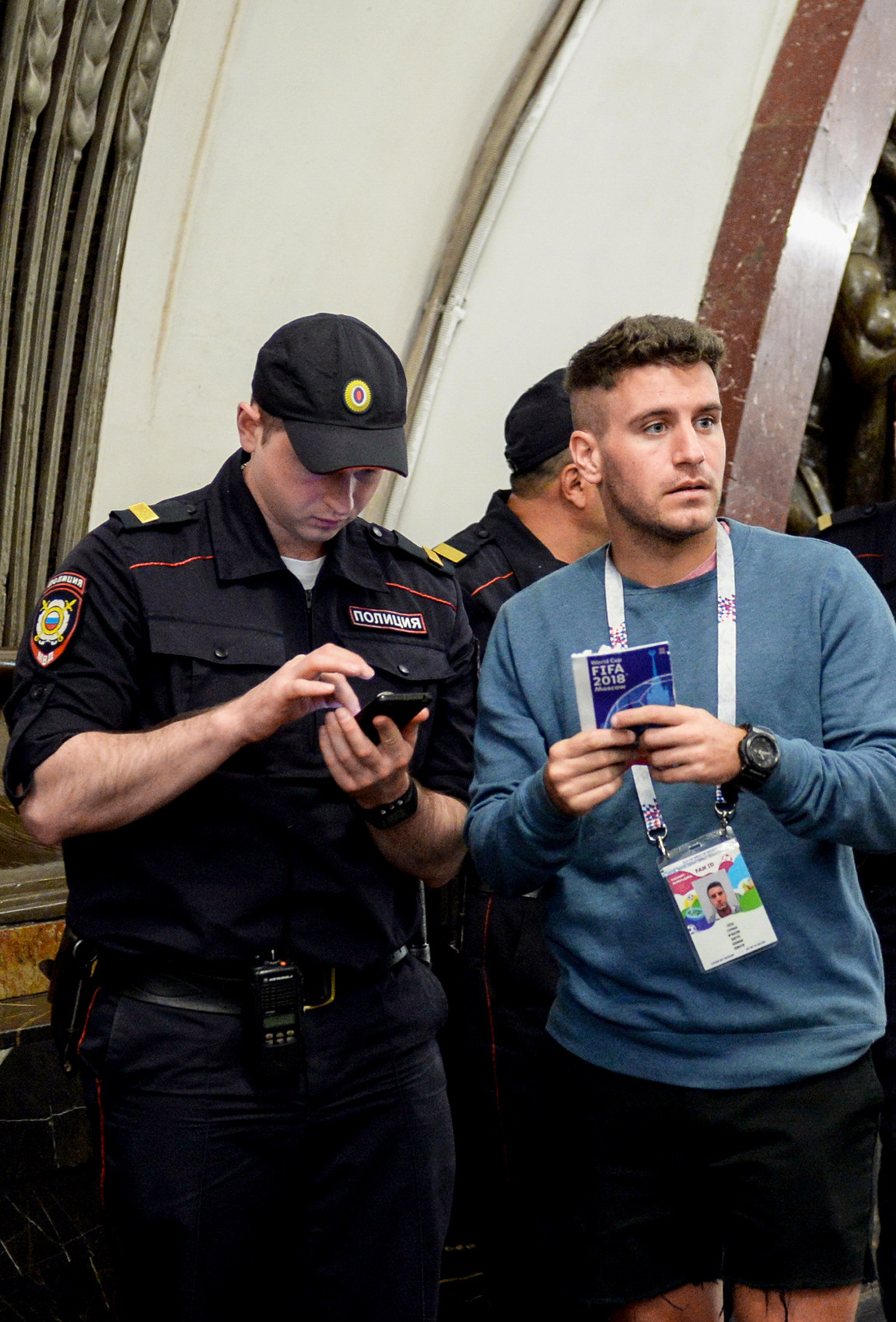 mistakes emerge due to the imperfect nature of things, like cameras (link in Russian). Faulty cameras might take a picture of your car and issue a fine for going 9,699 km/h (!) or simply don’t recognize it wasn’t your car that went over the speed limit, but a motorbike rider that happened to pass by at the same time. Such faults in algorithms do happen and in some such fines duly get . Unfortunately, this doesn’t happen in every case, and it might take a while to prove that something that went wrong in the system. According to the current, far-from-convenient appealing process, one can file for a fine, but it will mean spending hours at the doors of the relevant state bodies - some prefer to just pay the fine (providing it’s small) and just forget about it. 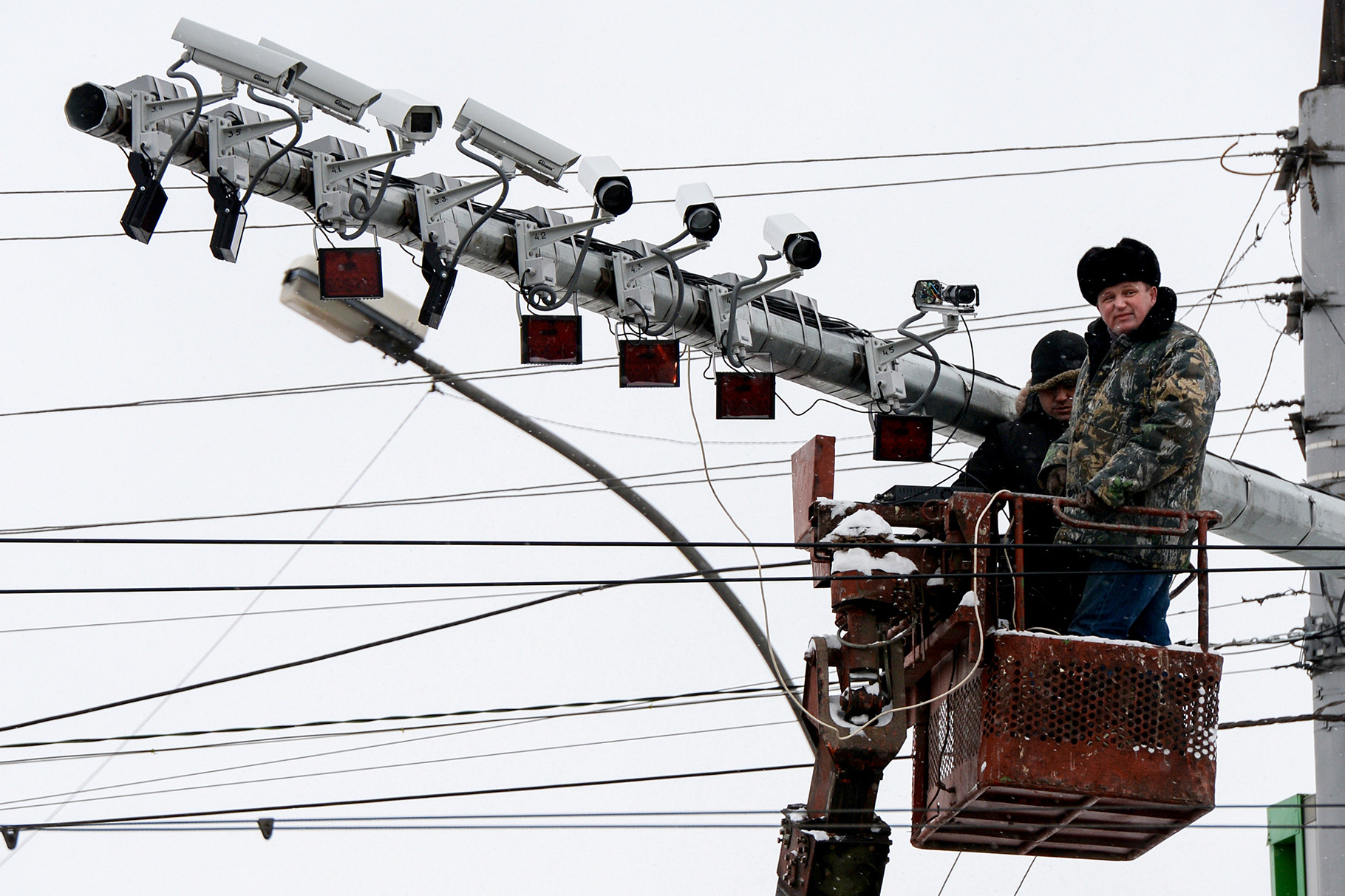 4. Can foreigners be fined in Russia?

Yes, they can. Make sure you avoid doing one of the above and have your visa sorted out and prolonged before it’s expired - otherwise you also risk facing a penalty. “Once I had to prolong my three-month visa, but one cannot do it in Russia, only from abroad,” Erwann Pensec from France, recalls. “So I went to because it was cheaper to travel there, rather go to France.”

He booked a train ticket and thought that he’d manage to cross the border on the last day of his Russian visa, but it turned out that there was a delay with the train and he was forced to pay 1,500 rubles ($24) on the border. Thankfully, he could return to the train and managed to get the necessary paperwork done before going back. So make sure everything’s fine with your visa! 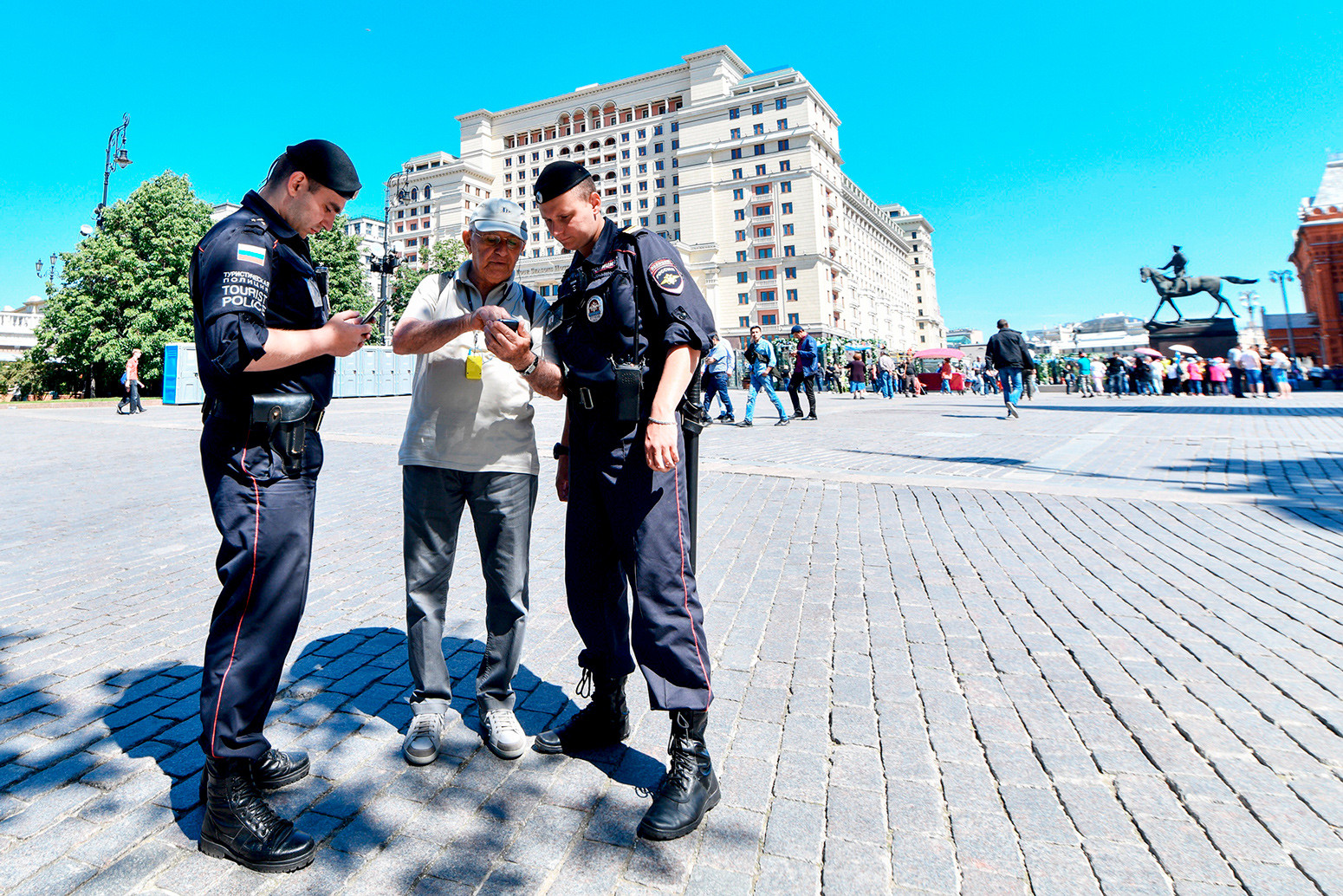 5. Can I get away with not paying a fine if I’m just a tourist in Russia?

Not a good idea. Better pay it, because it might become a problem when leaving Russia and a reason for authorities to reject your visa next time and/or ban you from entering for a few years. “It’s more difficult for the authorities to collect a fine from a foreigner, but not paying a fine might lead to negative consequences. For instance, a foreign national might be banned from visiting Russia again,” says Dmitry Lesnyak.