6 Russian driver stereotypes to avoid at all costs! 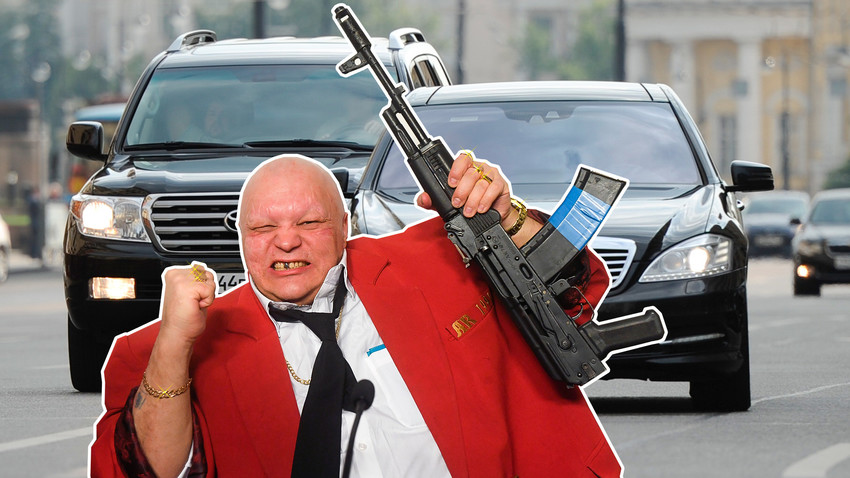 Alexei Kudenko/Spuntik; Dmitry Aleshkovsky/TASS
Take one look at a car in Russia - its make, color, condition and driving style - and you can say with relative certainty who’s behind the wheel, if they’ll be stopped, if they’ll have to pay, or whether the cop will have even bigger problems for stopping them. 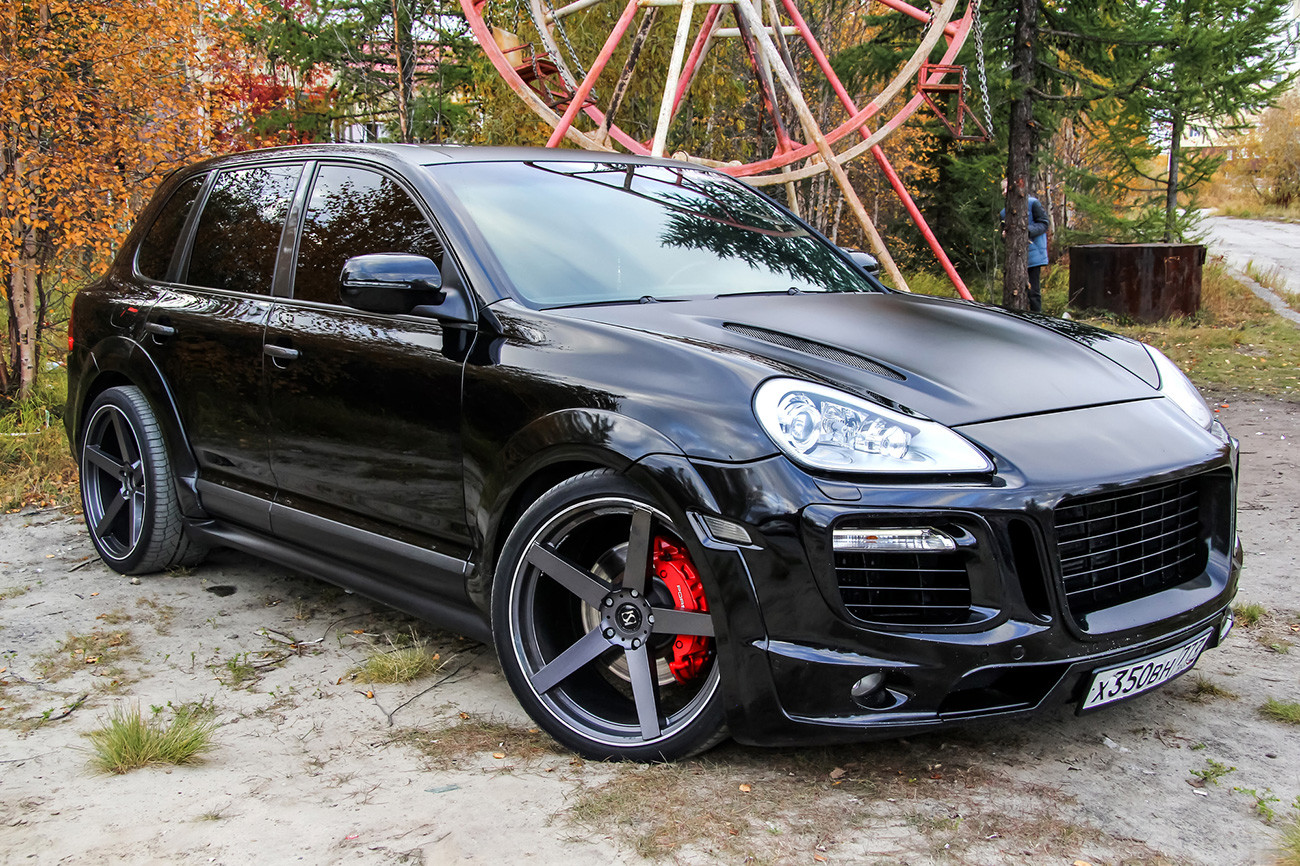 Russians are united by one overarching desire: to get as close to a position of influence in our lifetime as possible. And the SUV is the quickest way to do that. Oligarch or not - you influence stuff. And others must be made aware of it.

If it’s a black SUV, just get out the way. The guy has attained some success in his life, and he’s very proud of it. He will break the rules, act like a giant butthole, sometimes even run red lights, and probably won’t be stopped for it: traffic police will stop you instead, for following in his footsteps. This rule is doubly important if the black SUV has lots of “0” or “7” on its registration plate: they are above the law for any number of potential reasons. 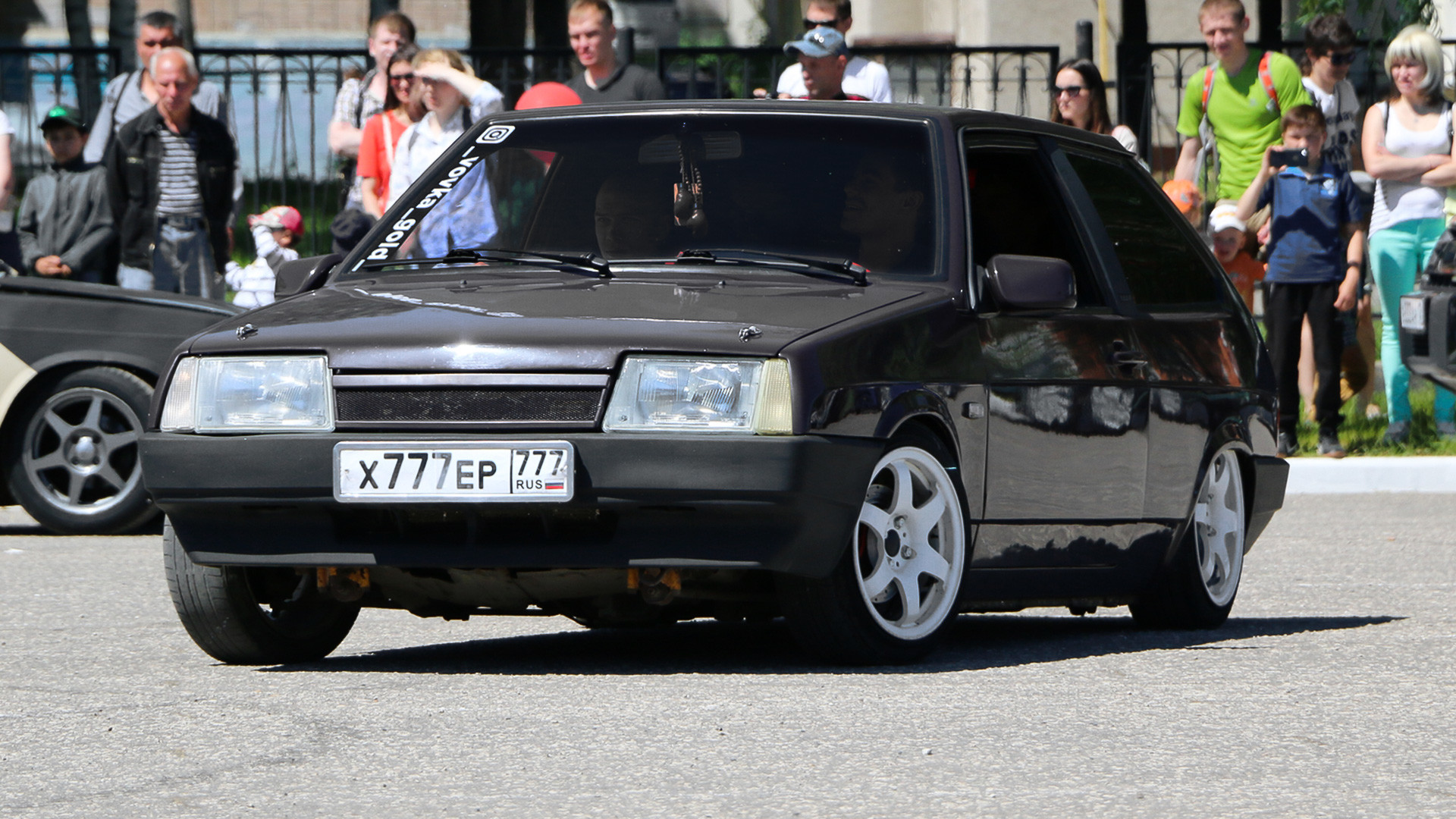 These guys are as silent as a ninja, but can cause as much urban damage as a chase scene from 'The Dark Knight' (2008). If you think you’re safe from harm just because you’re in your own lane and you’re following the rules - don’t. North-Caucasian driving is like the dance of Lezginka: flashy, emotional, unpredictable, full of improvisation and just downright vindictive.

The guy behind you is driving a Lada 9 with tinted windows like he’s Princess Diana. Tinted windows on a Model 9 is a bit like wearing American-styled stars-and-stripes pants in an attempt to appear menacing. A guy like this will not take his sunglasses off just because the sun has gone down: he’ll continue squinting at his iPhone until he’s finished with his message. Or until you look away, and he can make it look like he was planning to take them off anyway (not because he saw you staring at him).

Same thing on the road. The tinted windows are there because he’s too gangsta for your inferior understanding of style and understatement. And who doesn’t like a bit of mystery? When you almost slam into him because he crept up behind from a parallel lane - only to take the spot in front of you - it’s always fun to imagine what the person you’re strangling with your bare hands looks like. 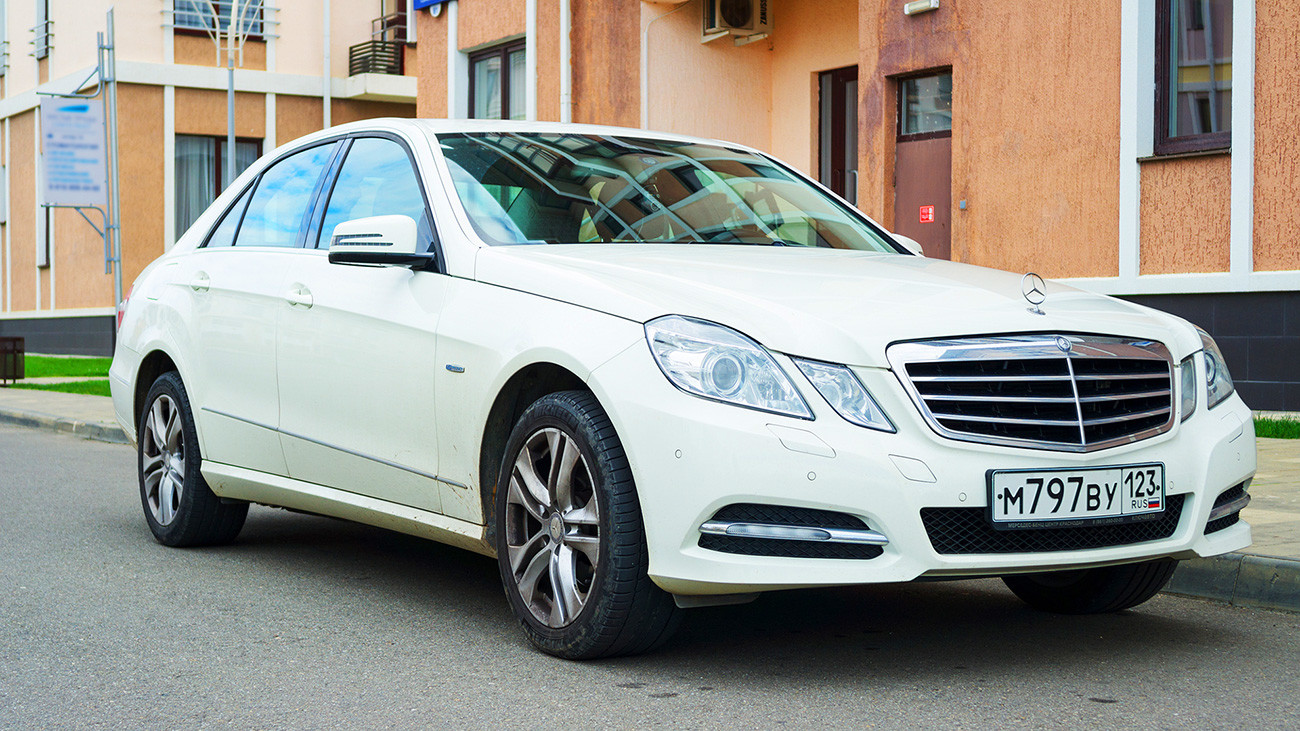 Russians are often criticized in that we ask too much of our women: we want them to be both - fully productive members of society with full work days, but also have time to take care of the children and look like they do absolutely nothing all day except magazine shoots. There is a conflict there, and we are right to be criticized for the unrealistic expectations we sometimes heap on women.

But that rare and exotic species that does it all does exist! You will often see them driving blocky black SUVs normally preferred by powerful men - a style and color mostly seen in very assertive, often wealthy Russian women. The seriousness of the color black might reflect their unwillingness to emphasize their gender at all, and instead focus on their competitiveness in a male-dominated society. If you look around Moscow, black is definitely the ‘serious’ color.

READ MORE: 8 awesome Russian concept cars that almost made it to production (PHOTOS)

At the other end of that spectrum we have the white Mercedes. Between us we couldn’t find one Russian owner of a white E Class. But when you see them on Russian roads, they are driven by women more than 95 percent of the time. And it won’t be the self-made decision-maker you might see in a gigantic black jeep. It’ll most likely be a lifesize version of a Barbie doll that’s come to life and got hold of her daddy’s wallet. Expect anything (everything) - from parking diagonally inside two spaces to blocking exits and driveways while continuing to talk on the phone and not understanding why there is now a crowd of five angry people yelling something at her through the glass. If anything, we’re happy they are confined to cars. It’s just safer for everyone.

4. The person with the worst musical taste 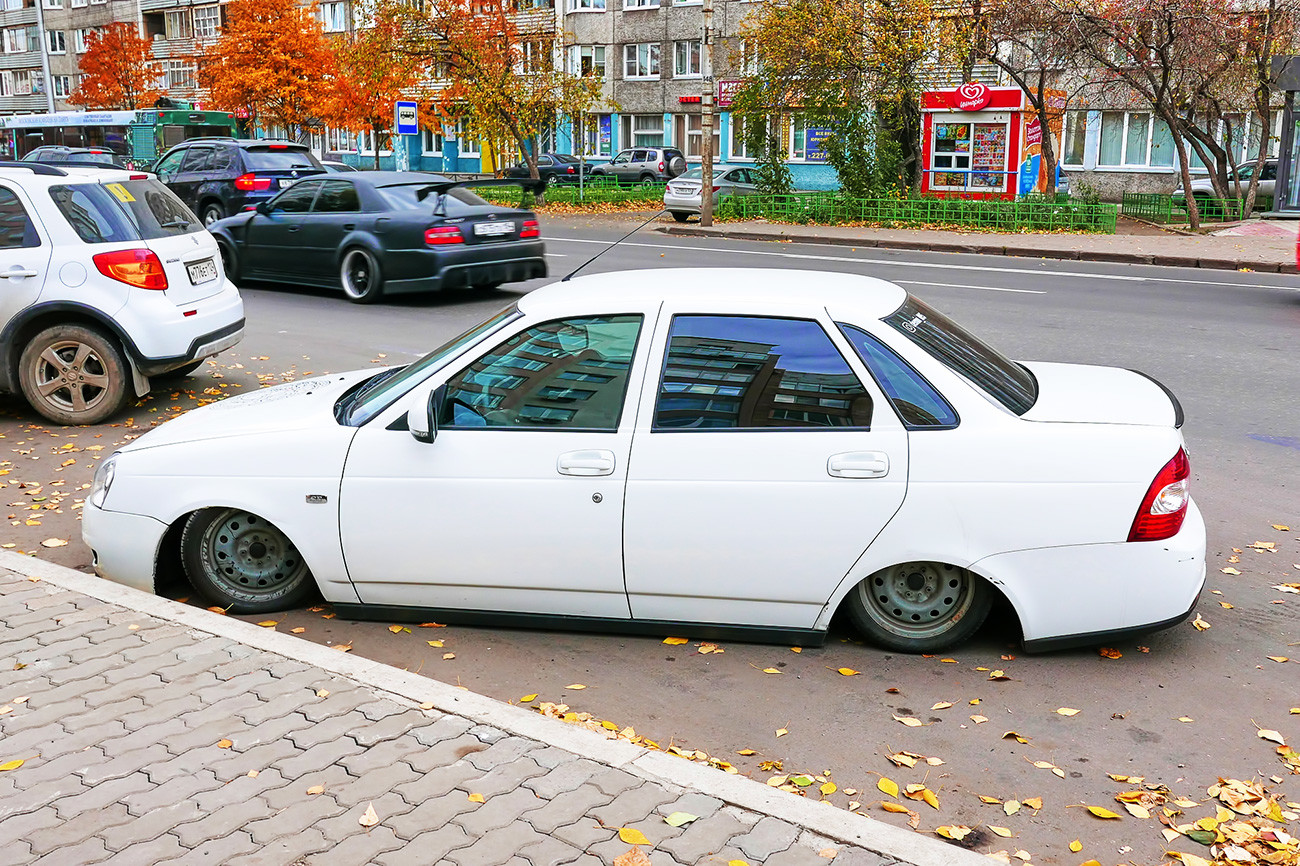 On the off-chance that the most ghastly music played at unhealthy volumes isn’t emanating from a hatchback parked under your window (which would be a surprise), your next best bet is a Lada Priora - the darling of the North Caucasus… and Europe - for some reason - since 2014, which saw it earn the title of ‘the most popular Russian car abroad’, according to Avto.ru.

In Russia, any type of loud music blasting from a car will almost always be the type enjoyed by single-celled organisms: hatchbacks normally boast a new breed of electronic dance music with the emotional complexity of a morning workout video. Prioras, meanwhile, tend toward a more eastern-style R&B: North Caucasian songs sung in bad Russian, and normally dealing with such complex issues as being really tough, being really loyal and being really jealous in a way that’s supposed to make violent jealousy look romantic, as well as other wonderful qualities you might look for in a person.

5. The most paranoid driver in the world 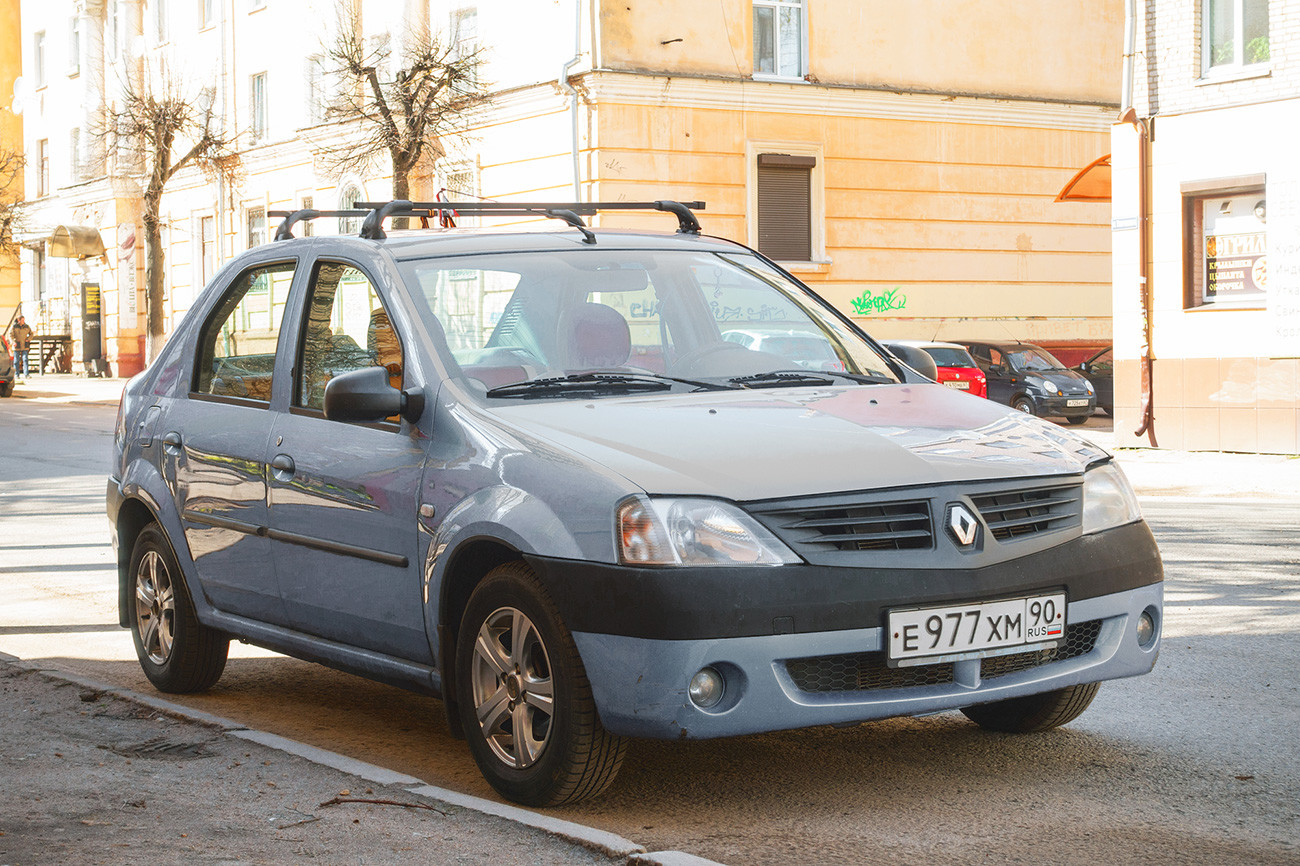 People like this hate the injustices of Russian roads so much that they become a living antithesis to the cowboys we normally get. Do not get that guy in an Uber - you will be late for your meeting. And as you’re visibly shaking while looking him dead in the eye, he will have that vindicated look on his face like he’s the only sane driver in a world gone mad. Which is of course true: imagine the adrenaline rush of running a green light that’s about to turn yellow! This guy has had the experience once, about 30 years ago, and won’t touch it with a 10-foot pole ever again.

READ MORE: 8 Russian DIY cars that’ll have you drooling over a GAZ (PHOTOS)

He will also cause you incredible psychological pain by staying in the busy lane, behind 10 other cars, instead of moving 50 centimeters to the left and overtaking them. He’ll do 55 on a road with a 60 km speed limit (which only really activates after you’ve been caught doing 71). It will be the safest and most nerve-racking ride of your life simultaneously. Steer clear! 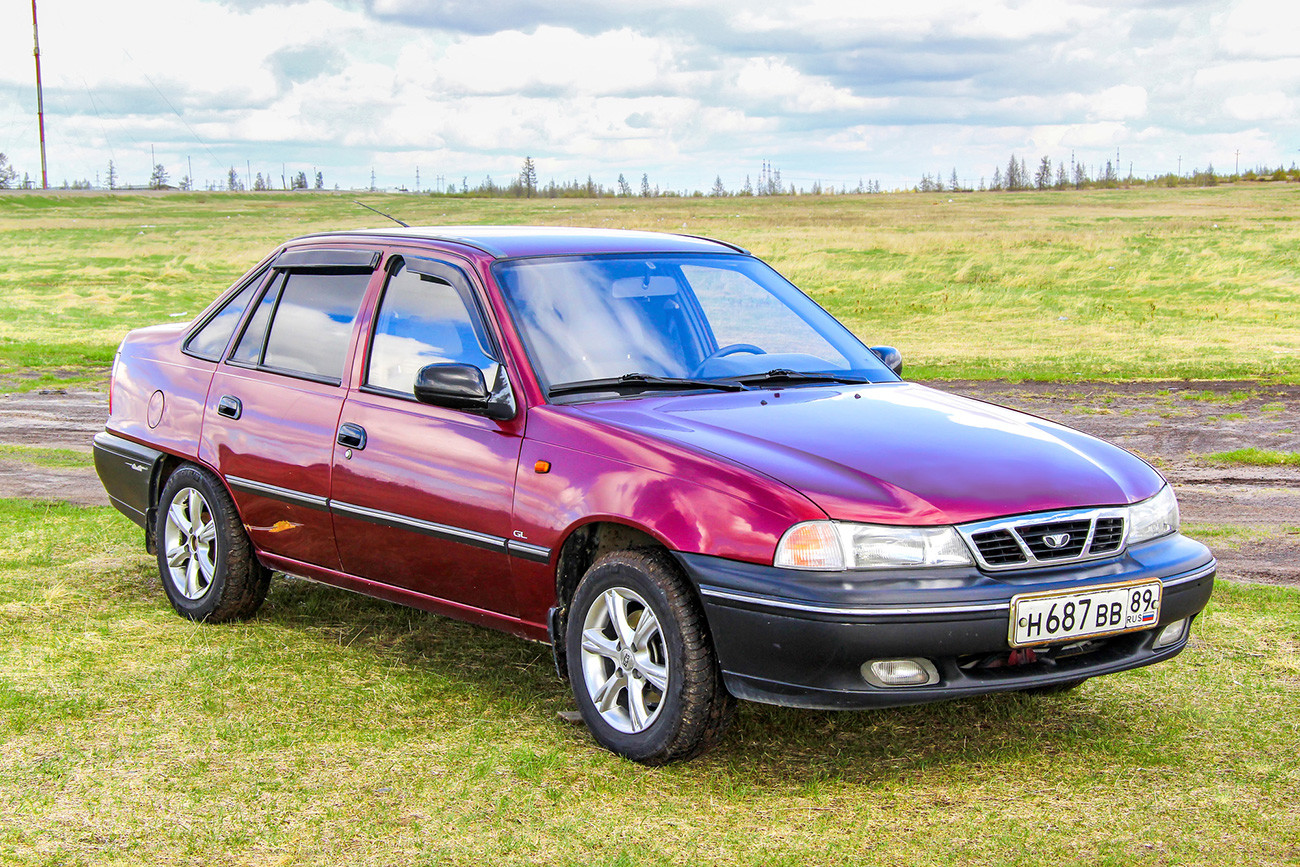 If there is one huge disadvantage to living in a metropolis like Moscow, it is not knowing whom to turn to for help if you’re lost. It’s bad enough that most of us capital-dwellers only know whatever we need to know for our daily routines. But hear us out: 20 years ago, if you got into a taxi (remember the word?), the driver being from Moscow was kind of a given: I don’t remember the car stopping once to view the map. People knew the city like the back of their hand.

Today, two things are happening: mobile maps are turning everyone into an amoeba; then that fact mixes together with the Near East demographic explosion you get in big Russian cities. The result is that you - the client - end up playing co-driver to somebody who arrived in Moscow 10 days ago and is already licensed to drive people around town despite not knowing the street signs and barely speaking a word of Russian. It’s very likely that his seat belts won’t work and that he’ll ask you for a “brotherly” favor to give him a five-star rating at the end. Why? That’s easy: because being from Moscow, you owe it to the less fortunate arrivals to make their lives better at the expense of your own work responsibilities. Actually - no: you owe it to the taxi companies hiring them. Because they’re not “that stupid” to hire qualified personnel, which will cost them more money. The same goes for construction, cleaning, catering and other blue-collar jobs. Muscovites just don’t like to do them, unless they’re paid a human salary.