Why do some Russians choose to walk barefoot?

Lifestyle
Ksenia Zubacheva
Sergei Bobylev/TASS
Photos of barefoot women in the subway provoked a social media storm. Is it a new flash mob or a life philosophy?

In July, photos of young women walking barefoot in the Moscow and Novosibirsk subways appeared in Russian social networks (men, it seems, are more foot-shy). It was dubbed the “Barefoot Subway Ride” flash mob in the spirit of the annual “No Pants Subway Ride” that happens across the Western world.

Online commentators, accustomed to the use of footwear, reacted quickly and mostly negatively to the photos. “The subway’s so dirty it makes you want to wear gloves, and you’re going barefoot?”, “What beautiful black heels!”, “Have you seen the price of shoes? Not everyone can afford them” are some of the printable comments.

Even the press service of the Novosibirsk Metro responded to the phenomenon, since it is officially forbidden to go barefoot in the subway, although there is no fine for doing so.

“Ignoring the health and safety regulations can lead to injuries,” a subway worker is quoted by the newspaper Komsomolskaya Pravda. “For example, riding an escalator without shoes can result in injury from contact with moving metal parts, there is a greater risk of slipping if the floor is wet, and if someone wearing shoes steps on unprotected feet, it can be unpleasant.”

However, it turned out not to be a flash mob at all, but just a few hundred people across Russia who genuinely love urban barefooting. We tried to figure out why.

Barefooters themselves say that the practice is pleasurable, and so should not be outlawed for that simple reason. One such practitioner from Novosibirsk, Evgenia, says that for her it’s like “taking out earplugs”: “I get so much more sensory information this way. It’s like an extra receptor on my body.”

Other lovers of barefooting agree that shoes deprive the body of many natural reactions, and weaken the arch of the foot. They are not afraid to go barefoot even in winter, and are sure it has a tonic effect on the organism as a whole.

It’s difficult to count how many such people there are, but across Russia the numbers run into the hundreds. The group “Novosibirsk Barefooting” has more than 900 followers on VK, and according to the TV channel Moscow 24, the capital is home to about a hundred.

In the words of Muscovite Polina Smerch, a self-professed barefooter, there is nothing to fear about walking round the city shoeless and sockless: “The main thing is to keep an eye on where you’re treading. I like the sensations, they’re different. You feel more at one with the city, more open.”

Sixty-nine-year-old Russian traveler Vladimir Nesin also prefers to go au naturel feetwise. He has walked barefoot in more than 146 countries worldwide. “Shoes bug me, they feel like chains. When I walk barefoot, I feel a connection with the earth. It’s very healthy. I recently calculated that in the past 22 years I’ve covered 142,000 kilometers on foot,” he said in an interview with Rossiyskaya Gazeta. 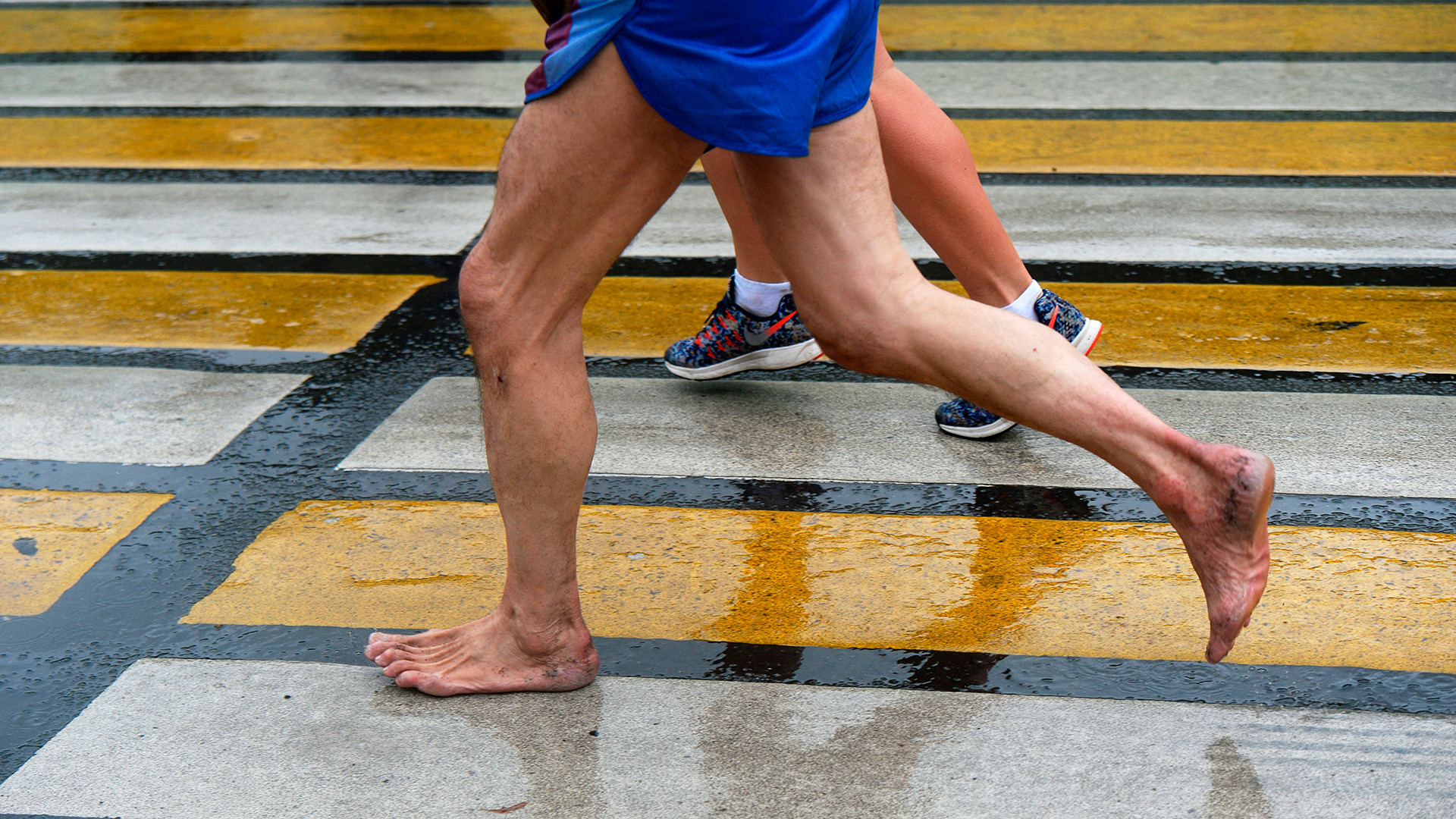 Doctors, being doctors, are skeptical. Andrei Tyazhelnikov, a freelance specialist at the Moscow Department of Primary Health Care for Adults, believes that walking barefoot can lead to serious injuries, burns from hot asphalt, and infections.

“In the flow of human traffic, someone is bound to step on your unprotected feet. It’s particularly dangerous for diabetics, because wounds to the lower limbs in such patients take a long time to heal. A separate issue is the risk of infection, since the streets are not disinfected. In addition, heavy rainfall can cause sewage to overflow from drains. Therefore, walking barefoot in the city is not at all recommended,” he remarks.

That said, he notes that walking barefoot on sand and grass can be very beneficial. It trains the feet muscles and stimulates the nerves and blood vessels, which improves overall health.