Warner Bros. is making a Superman: Red Son movie. Here’s what to expect

Lifestyle
Russia Beyond
DC Comics, Superman:Red Son, 2003
The commie man of steel is just as courteous as we all expect him to be; but the Americans are not.

A new animated film by DC is on the way. Warner Bros. is reportedly developing a feature for a 2020 release, based on a short series of comic books that put Superman in an alternative, communist, universe. Here are a few things Superman fans should expect to see in the new movie:

Superman is from Ukraine

Instead of Kansas, the usual location of the fictitious town of Smallville, the communist doppelganger of Superman comes from a collective farm in Ukraine. This alone promises a spectacular show and puts a lot of pressure on the prospective voice actor to imitate a highly distinctive accent spoken in Soviet Ukraine.

The villains are all American (almost)

The chief evildoer is an American genius, Doctor Lex Luthor, who manipulates the President into destroying commie Superman for the sole reason of him landing in the Soviet Union and not in the U.S. Lex does not shy away from risking the population of his country to lure commie Superman, who he knows will find it hard to resist the urge to do good and save the innocent, to the U.S.

Those who might have thought that in the new film, commie Superman would be depicted as an uncouth blockhead, brainwashed with Marxism-Leninism, are only half right. He’s good old-fashioned gentleman we all know him for, except he is an ardent believer in communism. 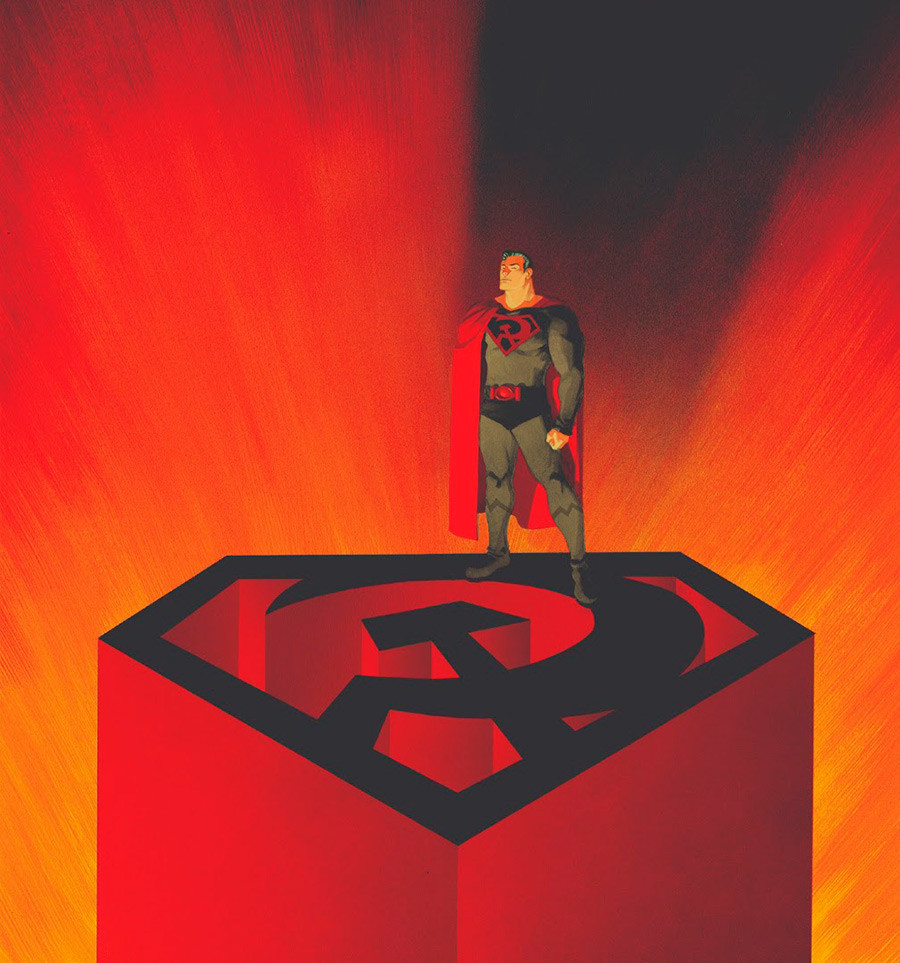 To be fair, the world he lives in is vivid proof he got this one right. When Wonder Woman (yes, she appears in the story as “an outstanding convert to communism, who opted to leave her Amazonian paradise and fight with Superman for equality in men’s world!”) returns from her voyage to the U.S., she shares her impressions with Superman: “Disgusting, absolutely disgusting. It’s 1987 and children are still sleeping in the streets over there. Why does Kennedy still cling to this capitalist dogma when it’s quite clearly tearing his country apart?”

Destalinization never happened. But comic Stalin isn't nearly as terrible as he actually was

Stalin plays a minor role in the story. He is a lady’s man and takes a shot at Wonder Woman’s mom. Although he’s called the “man of steel,” everyone knows who the real “man of steel” is. So, after Stalin dies from a cytidine poisoning, commie Superman takes over the communist party rather smoothly.

Yet, at some point, commie Superman eventually expresses his honest opinion about the deceased leader: “This utopia will not be built on the bones of my opponents. That was comrade Stalin’s way. Not mine.”

He’s reluctant to take over because of the fact that he must take over the leadership, simply due to his superior physical abilities, which is "against everything he was raised to believe.” He’s a communist to the bones and does eventually take control of the Soviet Union, to everyone’s delight.

Batman fights Superman (wait for it)... in Siberia

Yes, our favorite bat also makes an appearance - to challenge commie Superman. To make it even better, Batman wears a Russian fur cap with ear flaps and a Cossack national dress(!). This ‘fashion extravaganza’ is arguably the biggest reason to anticipate the coming Warner Bros. film.

As the head of the NKVD, the Soviet Union’s secret police, it was Pyotr Roslov – Stalin’s son – who shot Batman’s parents in front of him when he was a little boy, a crime which resulted in the boy turning into Batman and plotting revenge against the now prosperous and peaceful Soviet regime.