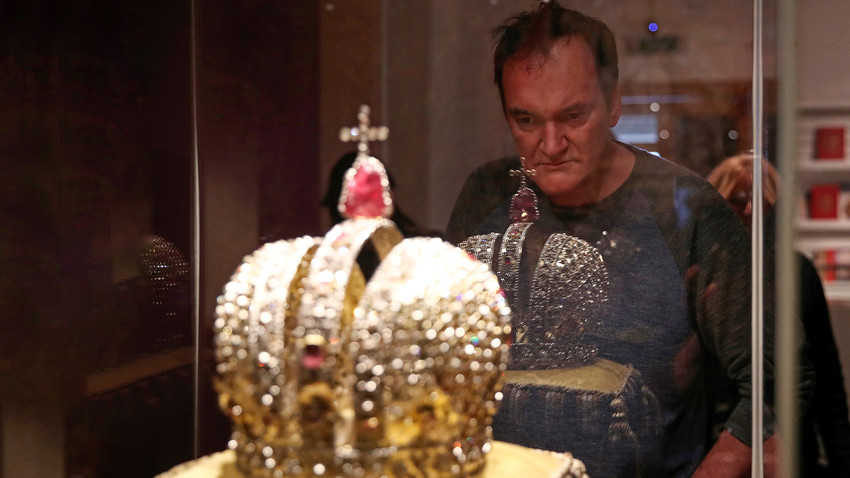 Valeriy Sharifulin/TASS
The American director came to Moscow to present his new movie ‘Once Upon a Time… in Hollywood’, and took a walk on the Red Square with the Russian culture minister. The rest is, well, meme history!

With the Hollywood film hitting theaters in Russia, director Quentin Tarantino was on hand and managed to squeeze in a visit to the Red Square in Moscow, where he took photos with the Tsar Bell and saw the impressive collections of the Kremlin’s museums. Of course, Russians couldn’t resist turning his photos into funny memes. Enjoy! 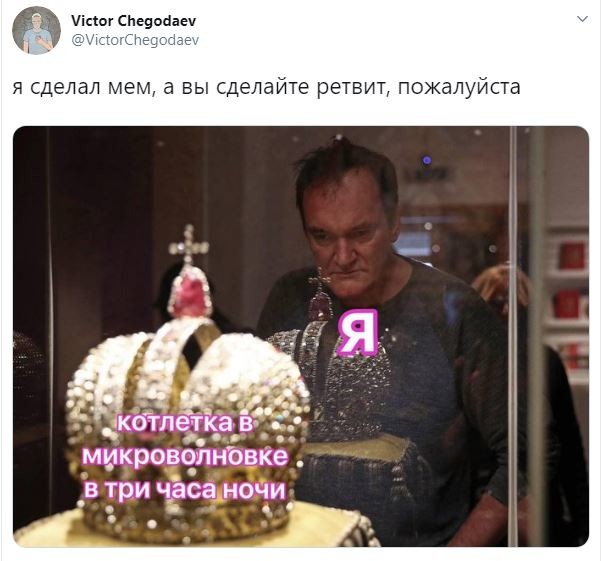 Me. A beefsteak in the microwave at 3 am. 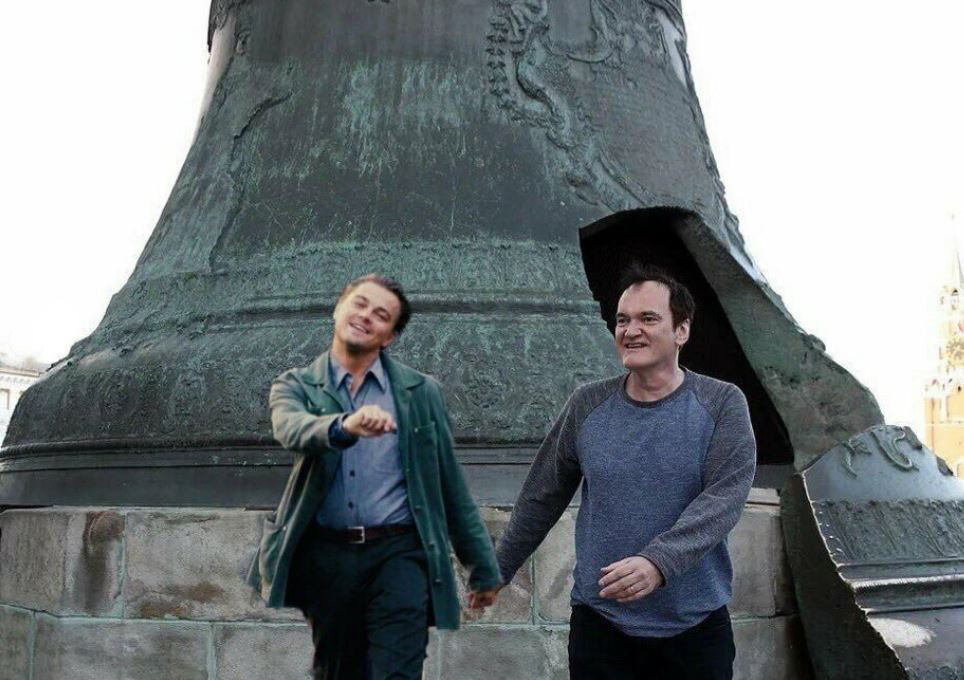 I love my city. Quentin Tarantino is taking a stroll in it somewhere right now. 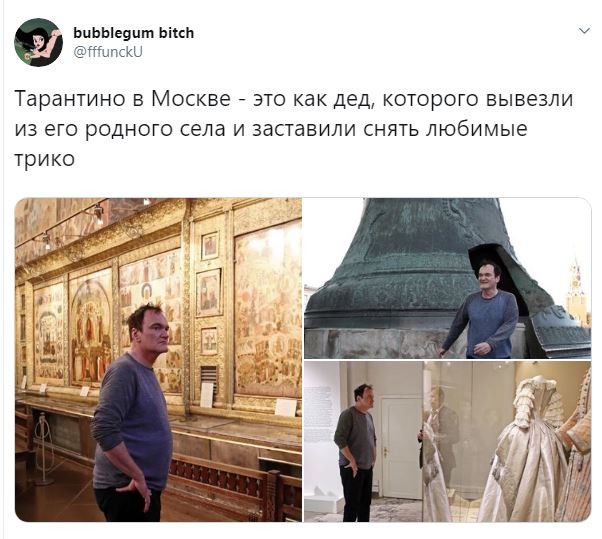 Tarantino in Moscow is like a granddad who was taken out of his native village and forced to take off his favorite athletics pants. 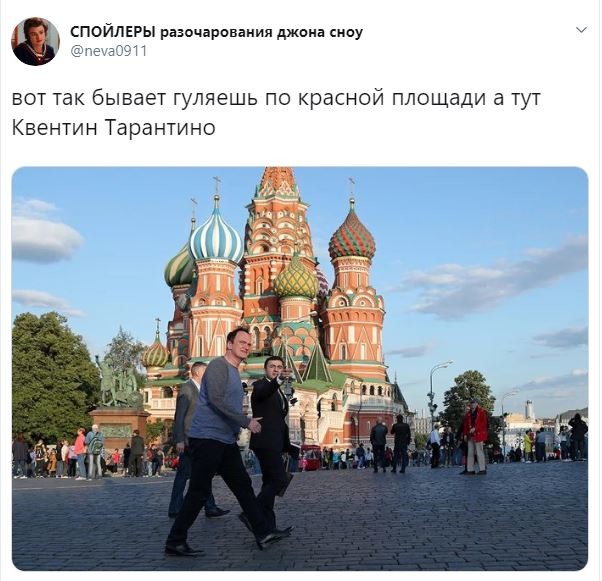 So, you’re walking along the Red Square and along comes Quentin Tarantino. 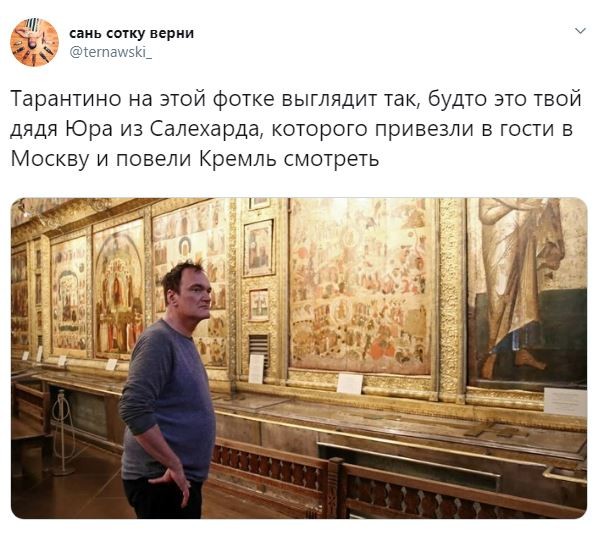 Tarantino in this photo looks like your uncle Yura from Salekhard, who was brought to Moscow and taken on an excursion to see the Kremlin. 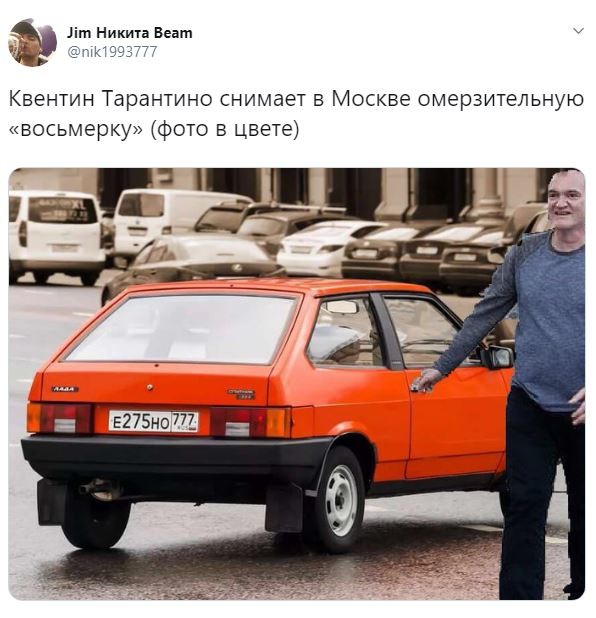 Quentin Tarantino filming ‘The Hateful Eight’ in Moscow (colorized photo). [The VAZ 2108 car in the photo is nicknamed “eight” in Russian] 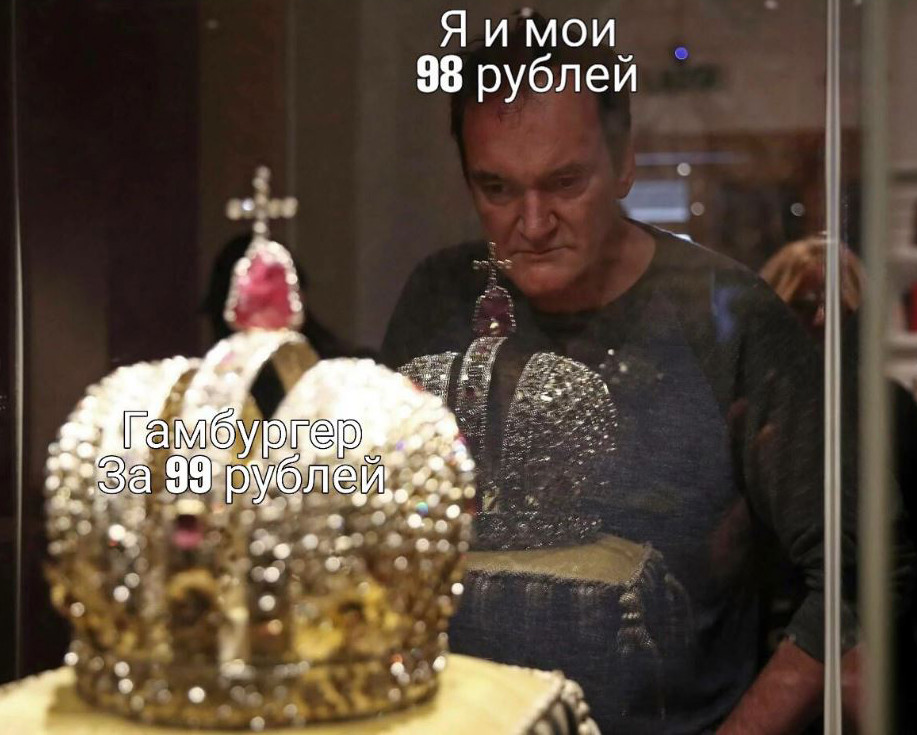 Me and my 98 rubles. And the Hamburger costs 99 rubles. 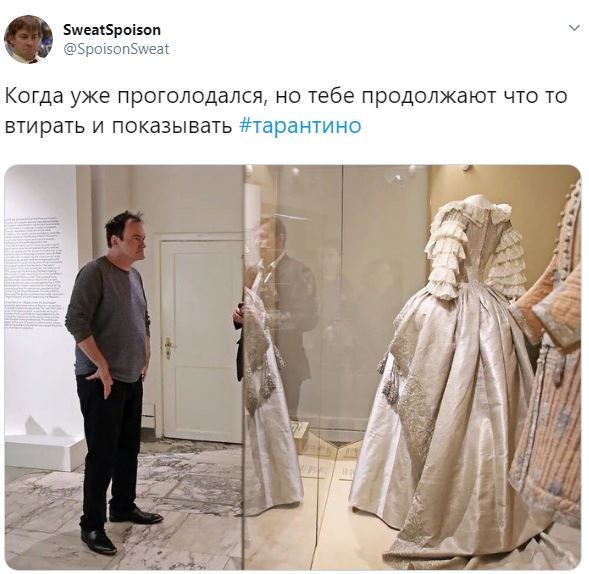 When you’re HUNGRY, but they keep talking and showing you stuff… 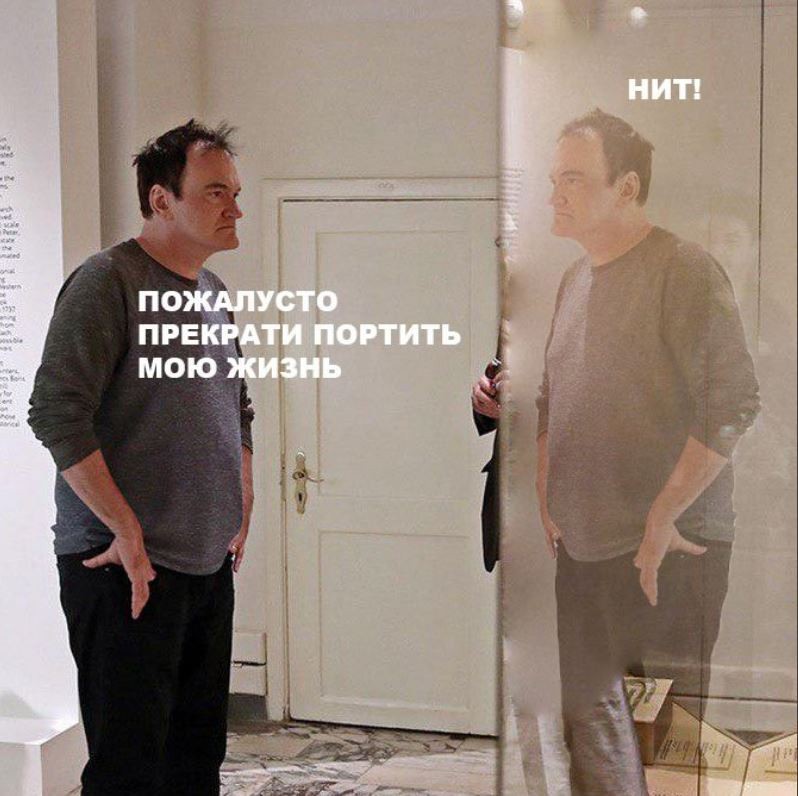