Bad Russian translations: Did these people WANT to get fired? (PHOTOS)

Education
Eleonora Goldman
ColinUdoh/Twitter, Tatyana Troyanskaya/Facebook
How much is a “soul” worth, and why is taking a stroll suddenly so “sad”? These hilariously bad translations will have you questioning these people’s sanity

1. The Russian word - transcribed in Russian as sad, actually translates as “garden”. What we have instead is a confession that the person whose name the garden is supposed to carry is, for some inexplicable reason, just sad. 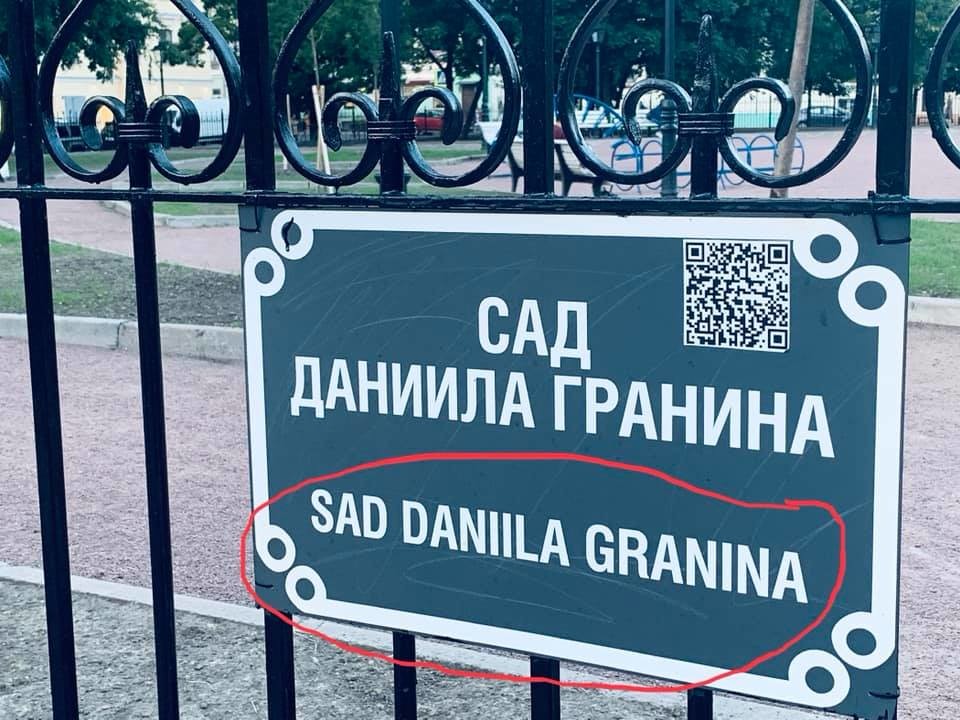 2. Look, we know that our version of Nadezhda is the English name Hope (it’s the actual translation). But what was the person thinking actually translating the name into another language? 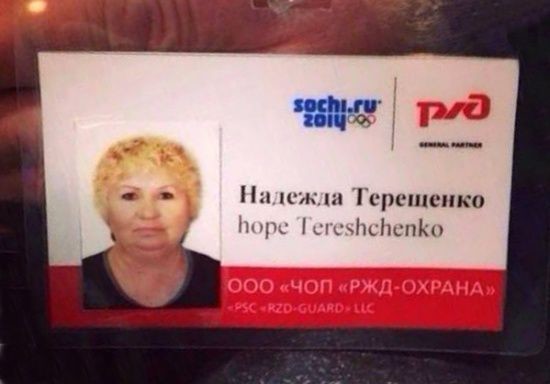 3. The geniuses in charge of street signs at the 2014 Sochi Olympics decide to translate them for some reason (yeah, because that makes asking a local for directions so much easier, duh!). We especially like the translation of the word “expanses” into Dali. Salvador would’ve been touched. 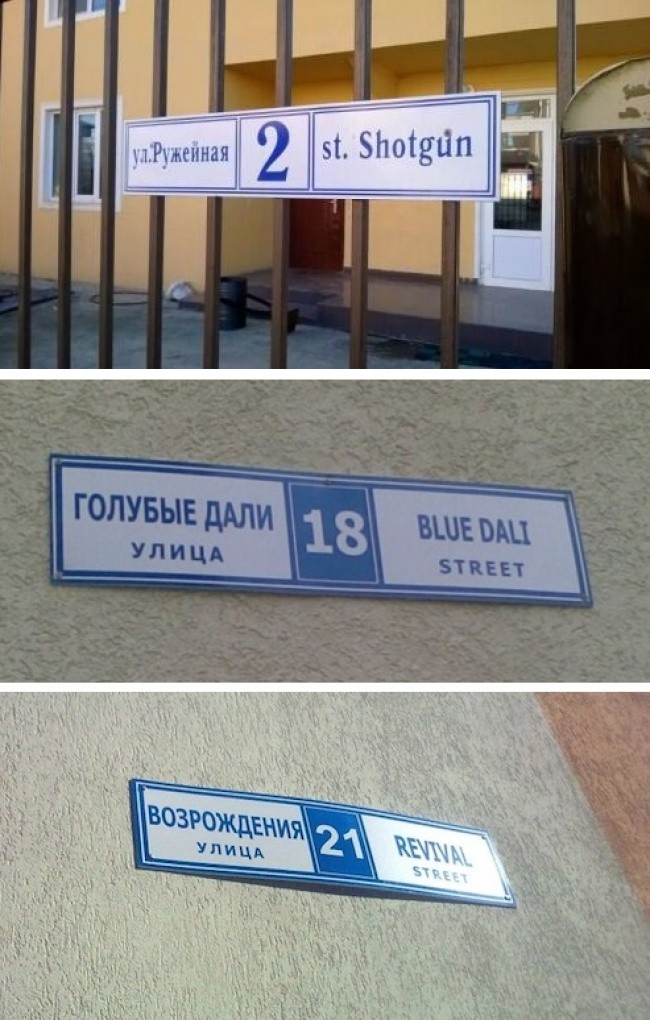 4. Who taught this person that transliterating everything into another alphabet somehow makes things better? How are you supposed to understand “Car dealer in Sochi, spare parts and insurance” from that phrase? 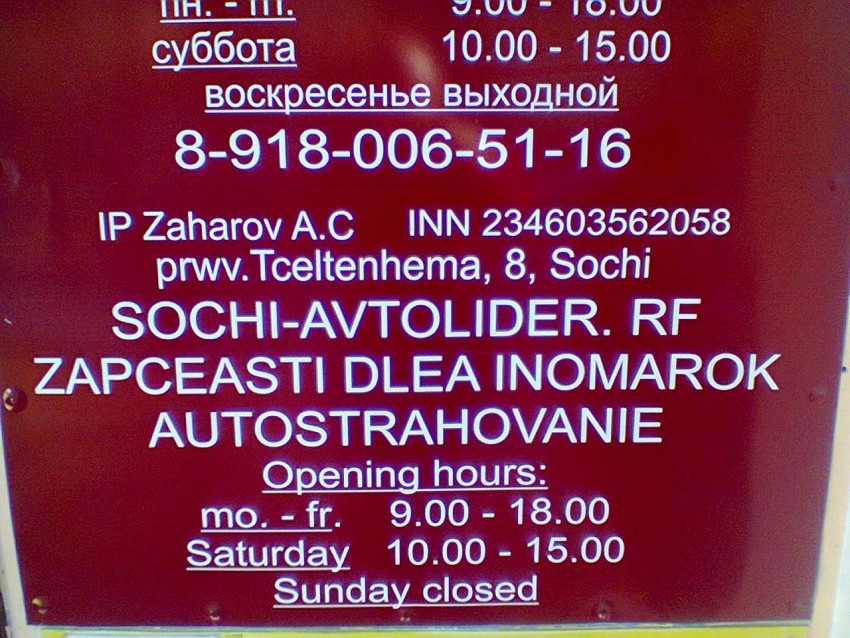 5. Same thing with this genius. Was looking up “train station” too difficult? 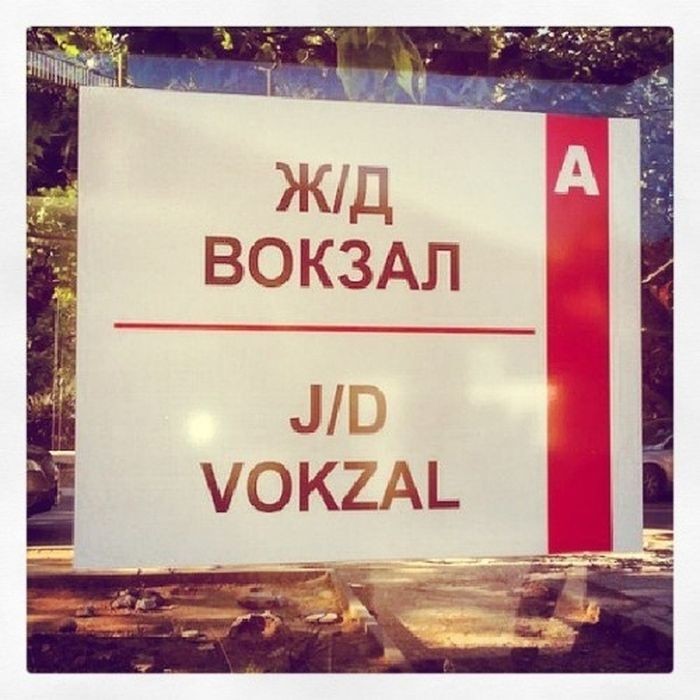 6. We have cases in the Russian language: a “dush” is shower, a “dusha” is soul. We ask again: what stopped the person translating the sign just looking up the correct word to begin with? This could only have been self-inflicted - no other possible way to explain this… 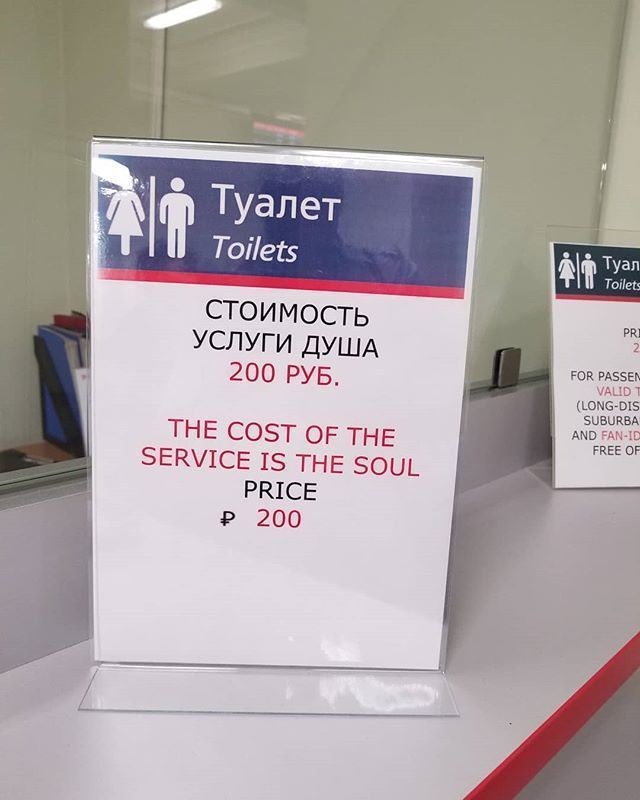 7. “Language” or “tongue” - who cares? Same thing! To be fair, the Russians only use the word for tongue to mean both things, so the confusion is understandable… 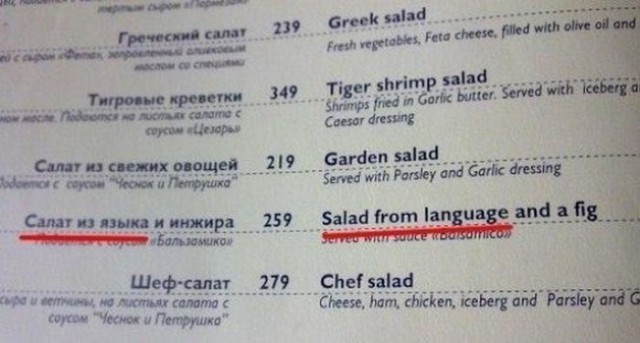 8. And again, we encounter what appears to be self-inflicted humor. The only other explanation is that this “Russian” doesn’t know that dictionaries only use standard forms - you can’t just look up a word in its alternate case: that’s how you end up with “protein” instead of “for squirrels”! 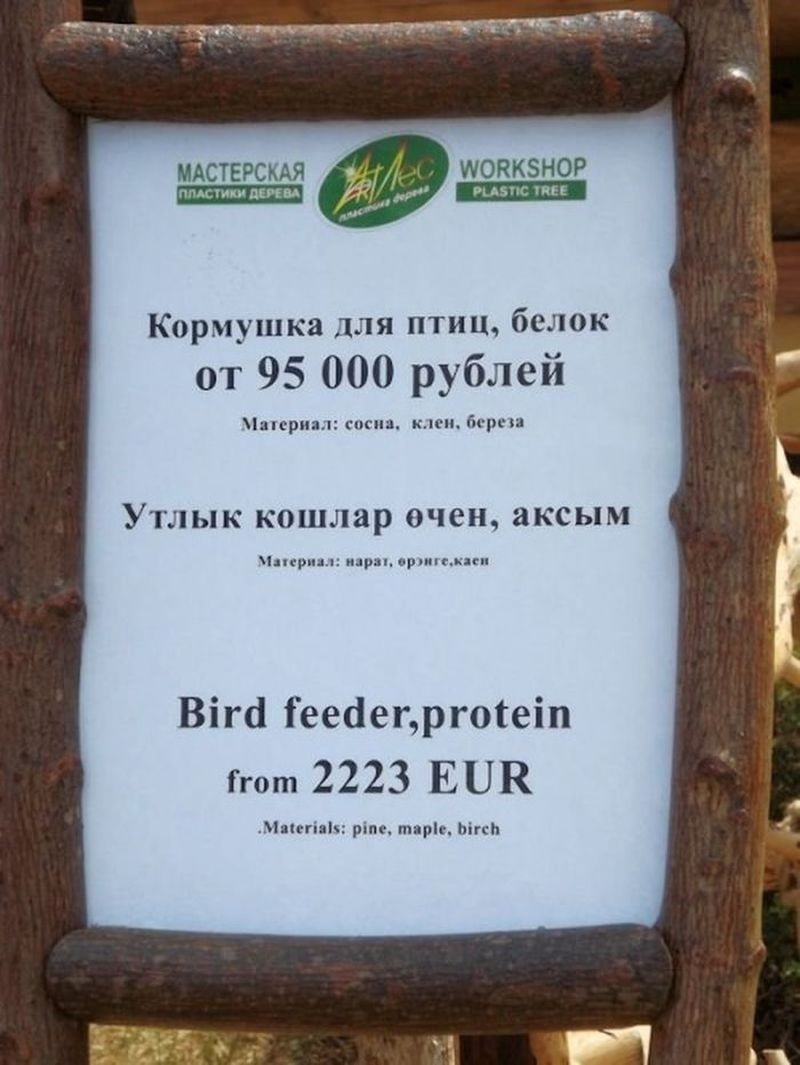 9. On this week's episode of ‘Russians with Dictionaries’, we have “Please clean the room” and “Please do not disturb” being transformed into the next best thing. 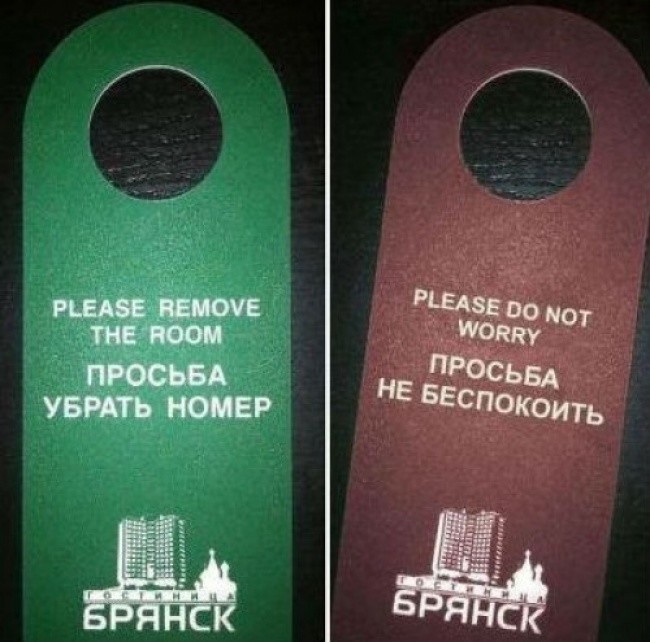 10. In the Russian language, the word for “imagine” also means “to introduce” - and sometimes “to show” or “to showcase”. The ensuing screw-up happening is really not difficult to..erm...imagine. 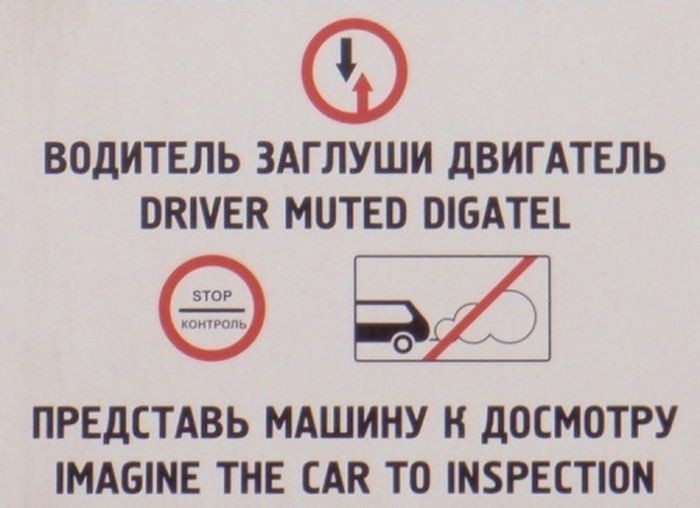 11. Russians looking up words in the wrong case - again. Since “dough” and “father-in-law” are so close in our language, the sausage somehow ends up being inserted into the latter of the two. What - NOBODY thought that was weird?! 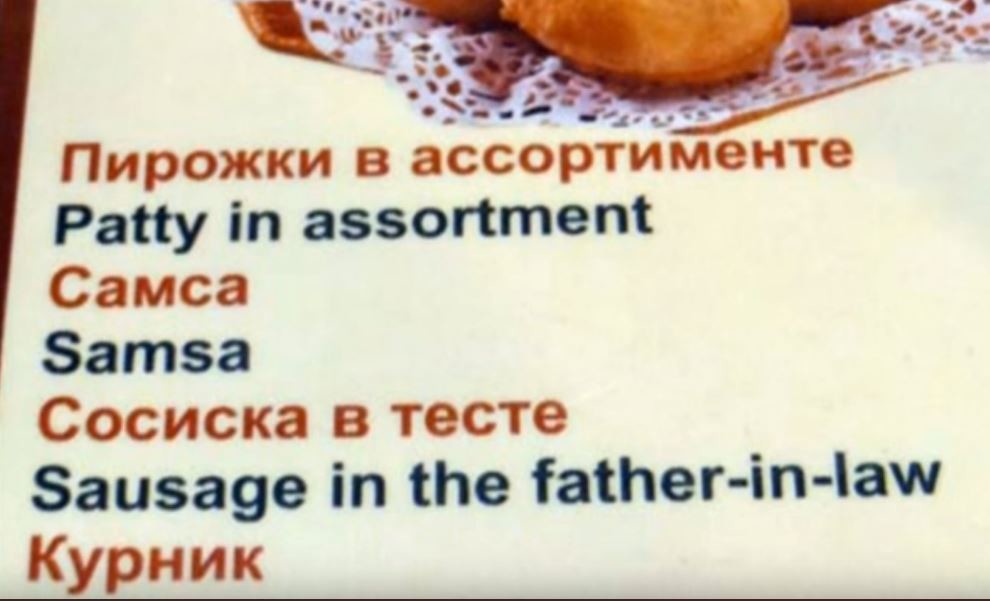 12. This one really takes the cake: how do you start off by looking up the word for “left”...and end up looking up “right” instead? How? 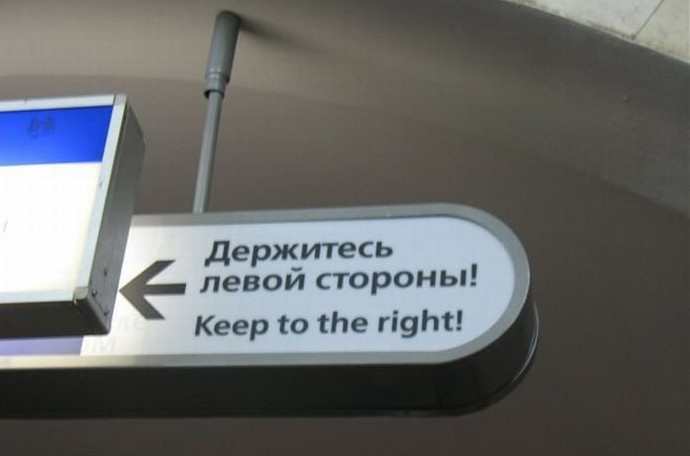