This stewardess saved 43 lives - so why did Russia simply forget her?

Zvezda TV
Elena Laputskaya singlehandedly carried out evacuation procedures, rescuing several dozen people from a burning aircraft. The nation is still waiting for authorities to acknowledge this in the appropriate manner.

“Minutes before the air tragedy.” That is the name (in Russian) of the video that has been making the rounds on the Russian Internet for the past month and a half. In it, a small passenger jet on a routine national flight is forced to make an emergency landing. It’s seen flying over habitable areas, then hurtling at a crazy speed over the tarmac, finally being stopped by a building. The author of the video clip could easily have been killed, were it not for the efforts of one woman.

Elena Laputskaya, 41, had suffered several broken ribs, but that did not deter her from pulling herself together and becoming the only person to enact emergency procedures, saving 43 lives aboard the aircraft. “She has done the impossible,'' the media said. And then she was forgotten.

It is ironic that when her heroism was finally brought up by tens of media outlets all this time later, it was for a completely different reason.

‘I understood that my crew were all dead’

The AN-24 plane, operated by the airline Angara, was enroute from Ulan-Ude to the small Buryat township of Nizhneangarsk on June 27, 2019. The flight was going as planned, problems started just before the descent: the engine died some 30km away from the destination.

The passengers and crew quickly got caught on to what was happening, one passenger later said that people had known for a while, but nobody panicked. “And when the aircraft had finally touched down, there was a sense of relief, but then…”

The AN-24 darter right off the tarmac onto the soil, traversing another 100 meters and smashing into a treatment plan. The right engine caught fire. The captain, Vladimir Kolomin, and technician, Oleg Bardanov, died almost instantly. The second pilot had gotten out through the emergency exit located in the cockpit, and survived. There was only one flight attendant for the 43 passengers - Laputskaya.

“As soon as the plane touched down, I understood that the situation was serious, that I needed to act fast. And when it veered off the tarmac, I understood that things were dire. Then there was a strong impact. That’s when I understood that my crew were probably all gone. But I was very collected about it, I knew what had to be done,” Elena remembers in an interview to Komsomolskaya Pravda. 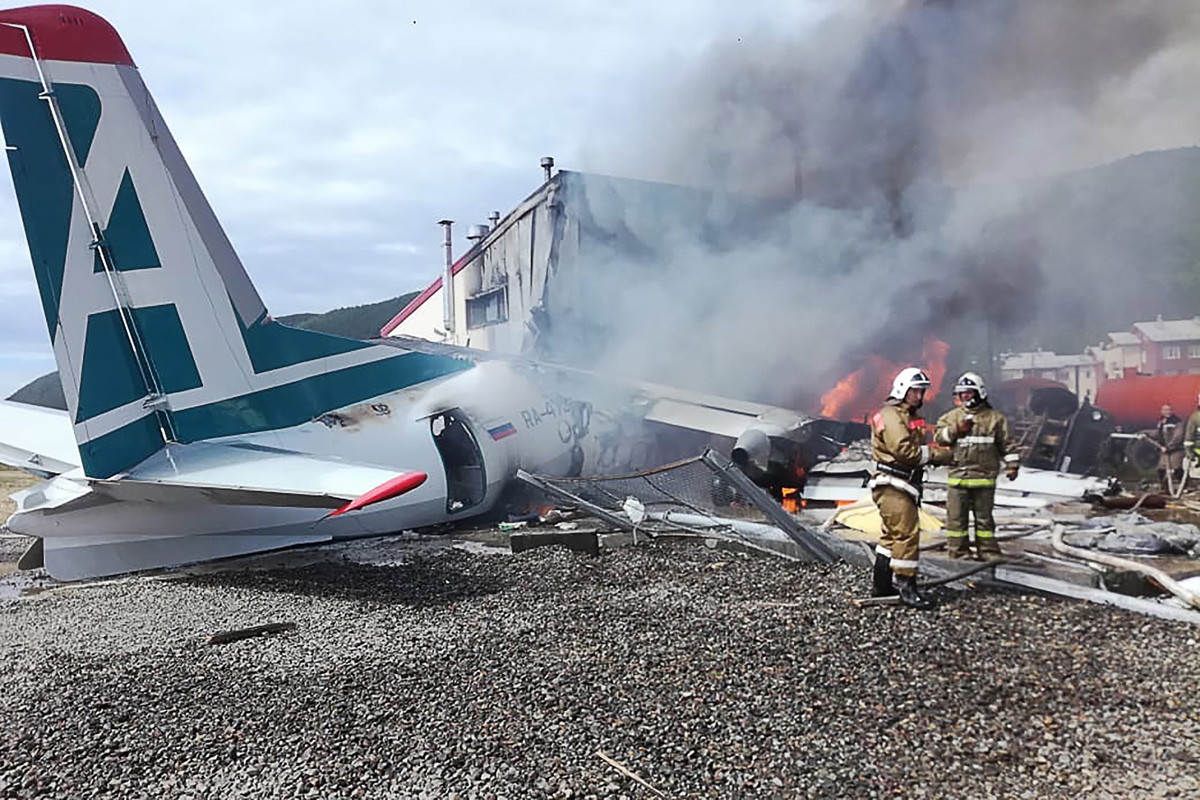 Even before the plane was on fire, she managed to bust out the emergency doors. That is how she broke three of her ribs and damaged a leg. It took her a mere five minutes to evacuate the entire aircraft, including the disabled. She was the last to exit.

Following the incident, the airline wrote  to the Ministry of Transport asking that Elena be rewarded for her courage and sacrifice. But the decision was simply put off. What made everyone remember was the other recent “miracle”, on August 15, when two young pilots managed to land a passenger jet in a corn field in Moscow with full tanks of fuel, saving 233 lives aboard. They were immediately awarded the honor of Heroes of Russia, with the rest of the crew getting Medals of Valor.

And that’s when this happy ending served as a springboard for people to remember Laputskaya’s story, which was somehow lost in the media noise, because even after the other pilots were awarded medals, Elena still got nothing. 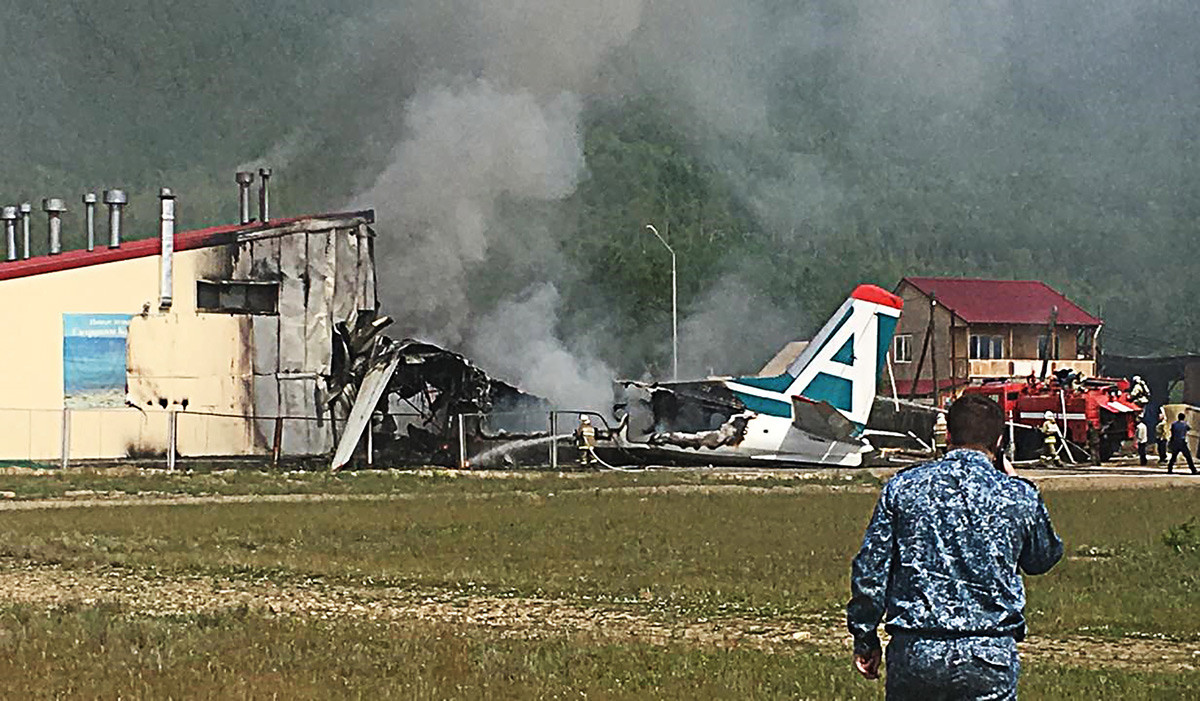 “Against the background of no doubt justly rewarded crew of the Uralskie Avialinii crew, the situation with Laputskaya looks like glaring injustice. An impossible injustice. So, it seems, that if an emergency takes place in the vicinity of Moscow - the heroes are lauded. As for Nizhneangarsk - that’s just too far away, who cares, right?”, a Rossiya-1 journalist wrote online. And his comment is just one of hundreds.

Public discontent soon turned into a campaign, and a letter has since been written to President Vladimir Putin to attend to the matter.

Elena spent three weeks in the hospital, her ribs are still healing at this time, and the hematoma on her leg refuses to go away, according to her mother, Irina. Irina, in an interview, says that she awaits no medals for her actions, and that all of this is not her doing alone: “I think [the pilots] deliberately steered the aircraft toward the treatment facility. That is how it was stopped. Otherwise we would’ve carried on toward the habitable zone…”.

Elena has been in aviation for 18 years, and has no plans of stopping.