What’s tennis star Daniil Medvedev like off the court? (PHOTOS) 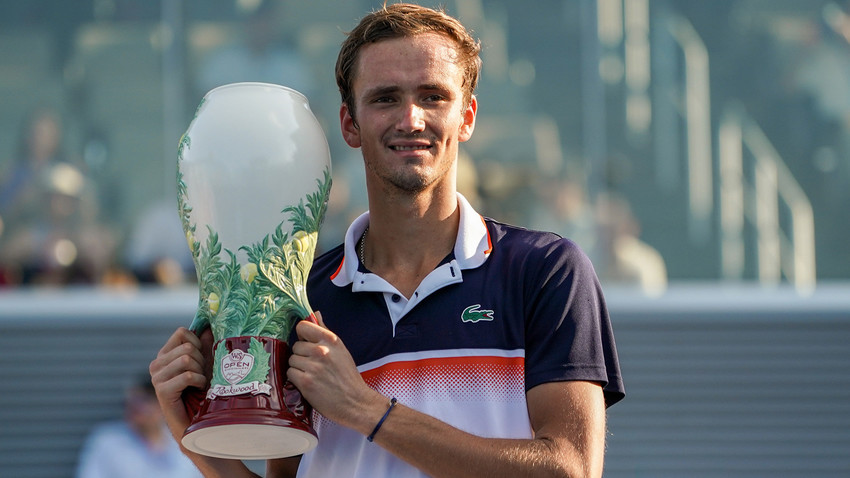 Reuters
In August 2019, Medvedev broke into the ATP top 5 after winning his first Masters 1000 title in Cincinnati. The star looks to be on track for becoming no.1 worldwide. Here are some things you might not have known about Medvedev - the person.

“I find that I’m a peculiar person. I might seem quite down to Earth and simple to myself and others off the court. But at the same time my inner world can often be complex and full of turmoil,” the 23-year-old champion told Eurosport.ru. “I’d go as far as saying it’s not even clear to me.”

Daniil Medvedev was born February 11, 1996 in Moscow. His parents had not been associated with sports in any way, and Daniil himself believes that his path materialized by accident. They wanted him to take up swimming, but “the moment we arrived at the pool, we saw an announcement for group classes in tennis.” It was actually on advice from his father that Daniil enrolled. He was 9 at the time. 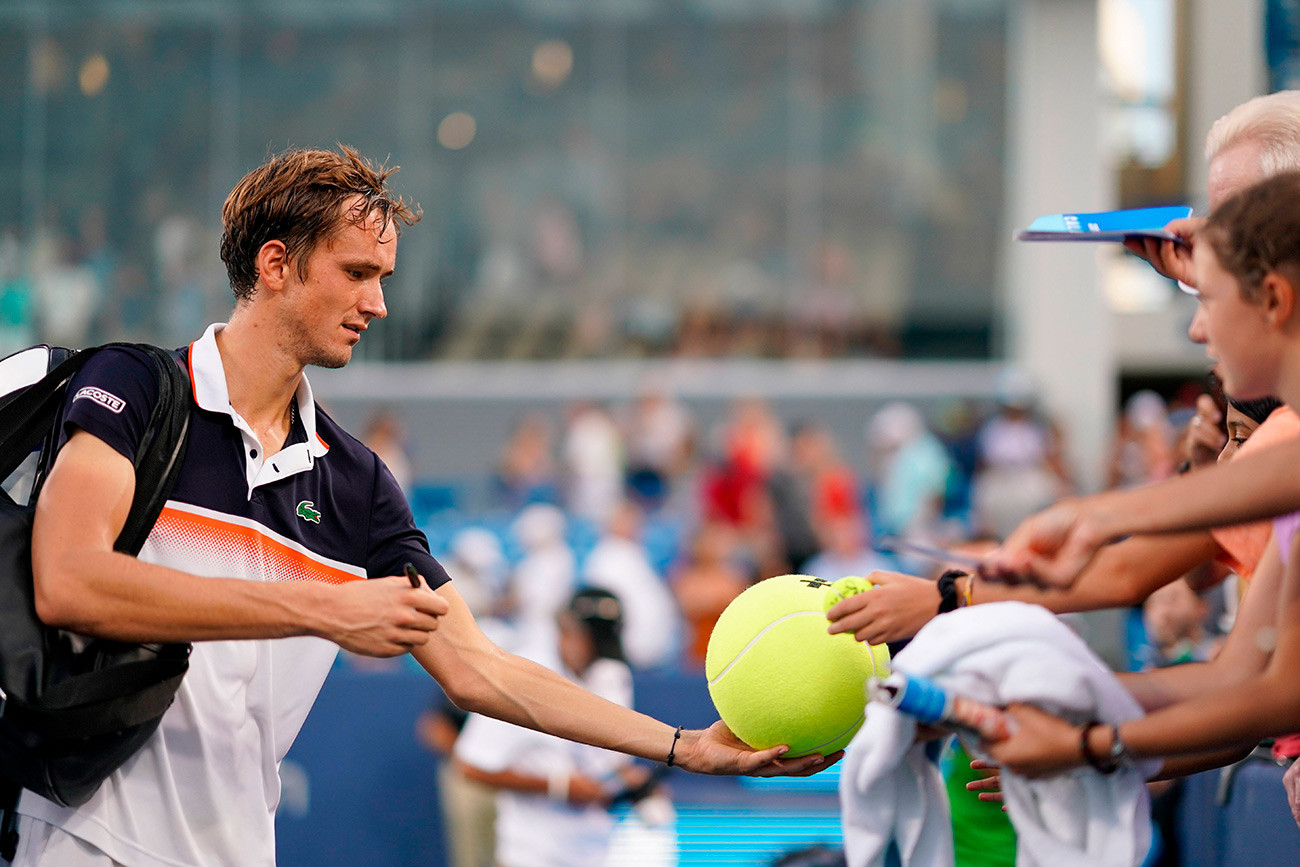 The future champion studied at a special school with an emphasis on physics and mathematics, incorporating tennis into his routine. He took an academic shortcut affording him the chance to finish his final two grades in one year, and enrolled in the faculty of applied economics and commerce at MGIMO in Moscow.

In spite of his abilities, it was tough combining sports with college - even though he was enrolled in MGIMO’s evening group. Daniil had to make a choice. “Sports won, eventually,” he confesses.

When Daniil was only 14, he seriously got into video games and even used to take part in national cybersport championships. “I was really good - as good as the guy that’s now winning the all-Russian FIFA championships.”

And it’s not that Medvedev is completely done with his other hobby. When interviewed by Russia’s tennis federation, he said his perfect weekend would be “playing PlayStation all day.” When asked about his main flaw, he joked that it was “too much PlayStation”. And as for his main gift aside from tennis? “I’m really good at PlayStation.”

Medvedev is not as big on superstitions as other Russian athletes, he says: “There aren’t any that I couldn’t live without. I’ve got my own little rituals, but if I suddenly failed to observe one, my reaction wouldn’t be ‘That’s it! I’m losing this match!’. On the contrary, I’d probably laugh at myself.”

To those of you who might have a crush on the young 23-year-old star, we’ve got bad news - Daniil married September 12 last year.

Daria and Daniil had been dating for four years prior to tying the knot. “I’ve always said that the moment I proposed was the moment my life took a turn for the better. It happened right after Wimbledon. I’d been feeling like I was 65 the whole time, but by the end of the year it’s like I was 15.”

Daniil refuses to reveal Daria’s last name - which is understandable, given the social media age we live in! What we do know is that Daria used to also play tennis, even competing at a junior level. According to Daniil, it’s why she understands the chaos of a sports-related lifestyle like no other. He also added that she studied journalism and has an excellent command of French.

Judging by Daniil’s Instagram account, Daria accompanies him to many of his sporting events. Their favorite vacation spots appear to be the Maldives and Mykonos.

The couple today lives in Monaco, which makes it easier for Daniil to train in nearby Cannes and Nice, offering great climatic conditions all year round, making it possible to train on open courts. He does miss Russia, however, and confessed that Monaco “doesn’t really feel like home,” and that his friends there are for the most part Russian. “But when I come back to Russia, I feel really comfortable,” he adds.

Aside from Russian, Daniil can hold his own in English and French, the latter of which he took up in school. He uses all three languages for his Twitter and Instagram streams.

Despite his $3 million in winnings, the star doesn’t let that go to his head and has a pretty down to Earth attitude to money. His biggest splurge so far was buying a car. As for his craziest - that would be shopping at the Philipp Plein outlet, on which he blew around $10,000.