4 ways to fight LEGALLY in Russia

Lifestyle
Nikolay Shevchenko
Why risk getting arrested and thrown in jail when you can visit these Russian fighting communities and get knocked out legally? 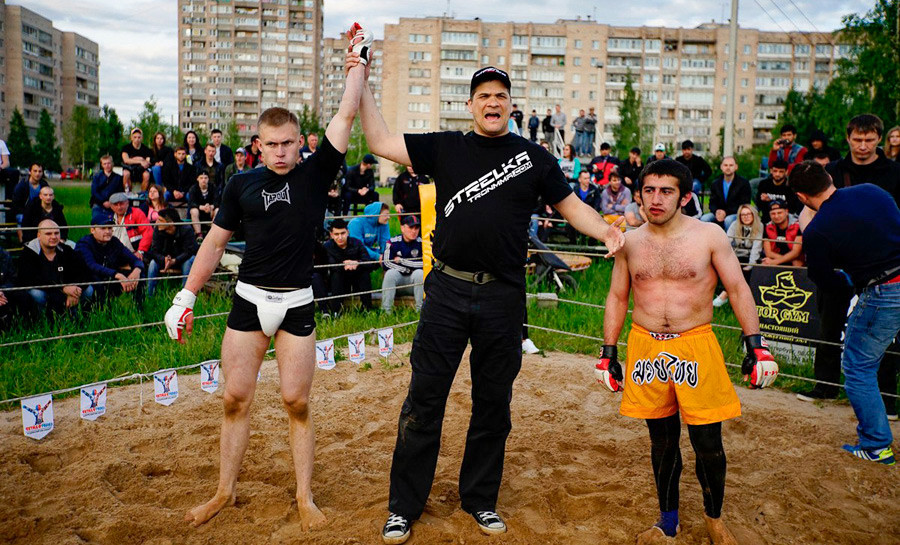 Strelka is one of the most democratic and vibrant fighting communities in Russia these days. It began when a former member of the Fedor Emelianenko MMA team found himself out of a job and opted to create a new amateur championship from scratch.

And the idea caught on. Strelka fight club has become one of the most popular and widely watched fighting communities on the Russian internet. It’s also grown rapidly and expanded in many cities inside and outside of Russia.

Rules are simple: no rounds; an improvised ring with sand instead of the canvas; the fight only stops when one of the opponents surrender or can no longer continue.

It’s an exhilarating watch and many agree it’s fun to fight. Foreigners are welcome, along with Russians. Unless it’s a major tournament (sometimes even if it’s a major tournament), spontaneous brawls can happen where a member of the audience can volunteer to fight in the ring and those who initially came there as spectators can end up stepping into the ring.

Despite the nature of these gatherings, a friendly and safe environment always prevails.

You can sign up for a fight in advance here. 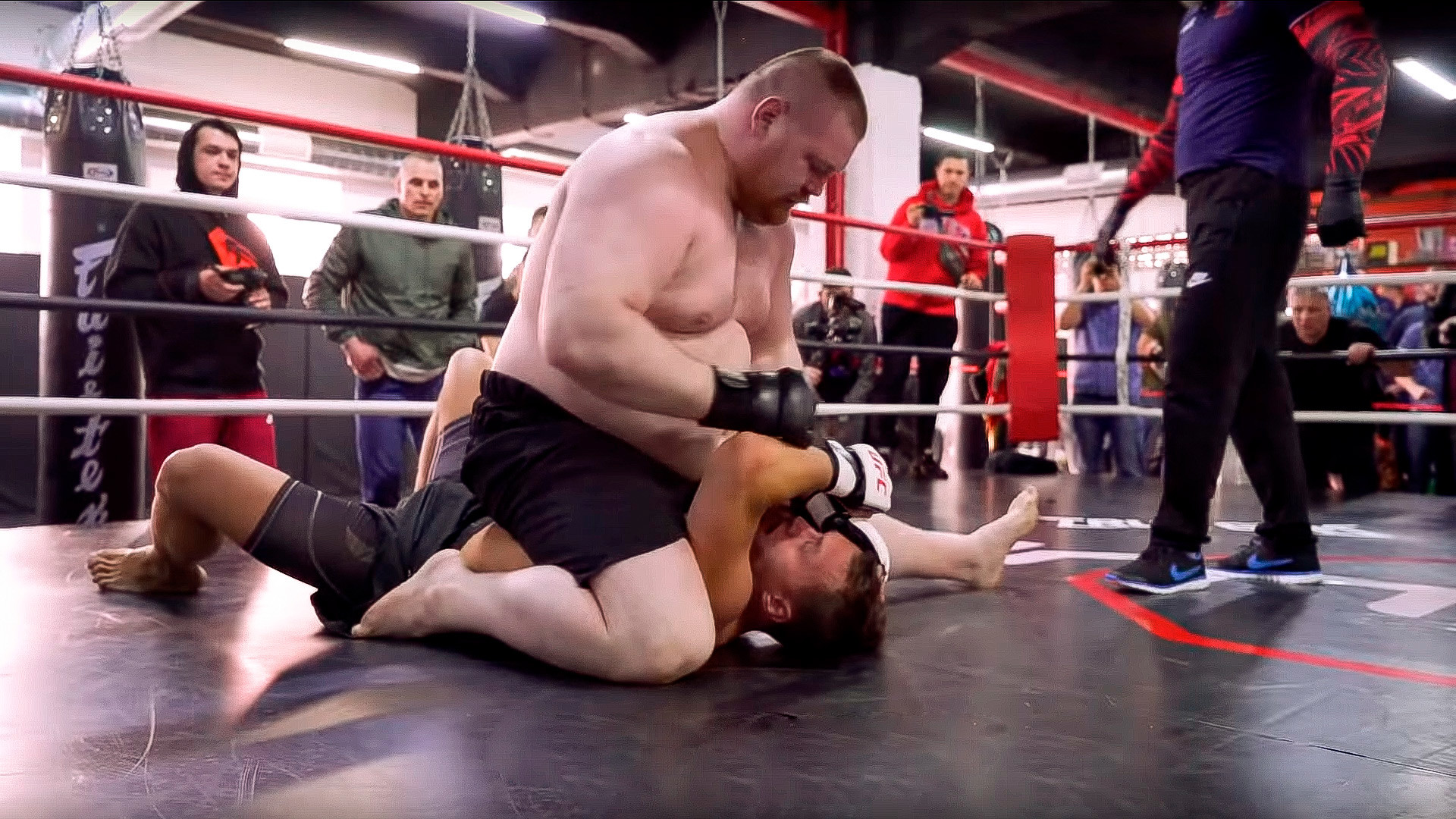 It’s not as democratic as Strelka, as it specializes in fighters who already have some noticeable level of online presence (hence the name of the championship), although regular people can be invited, too.

Fighting rules differ, too: two rounds four minutes each with a possibility of a third round, in case of a draw. It’s more glossy and YouTube-oriented than Strelka, though less authentic as a result.

Unlike at Strelka, prior registration is mandatory to participate in a fight. To sign up for a fight, click here. 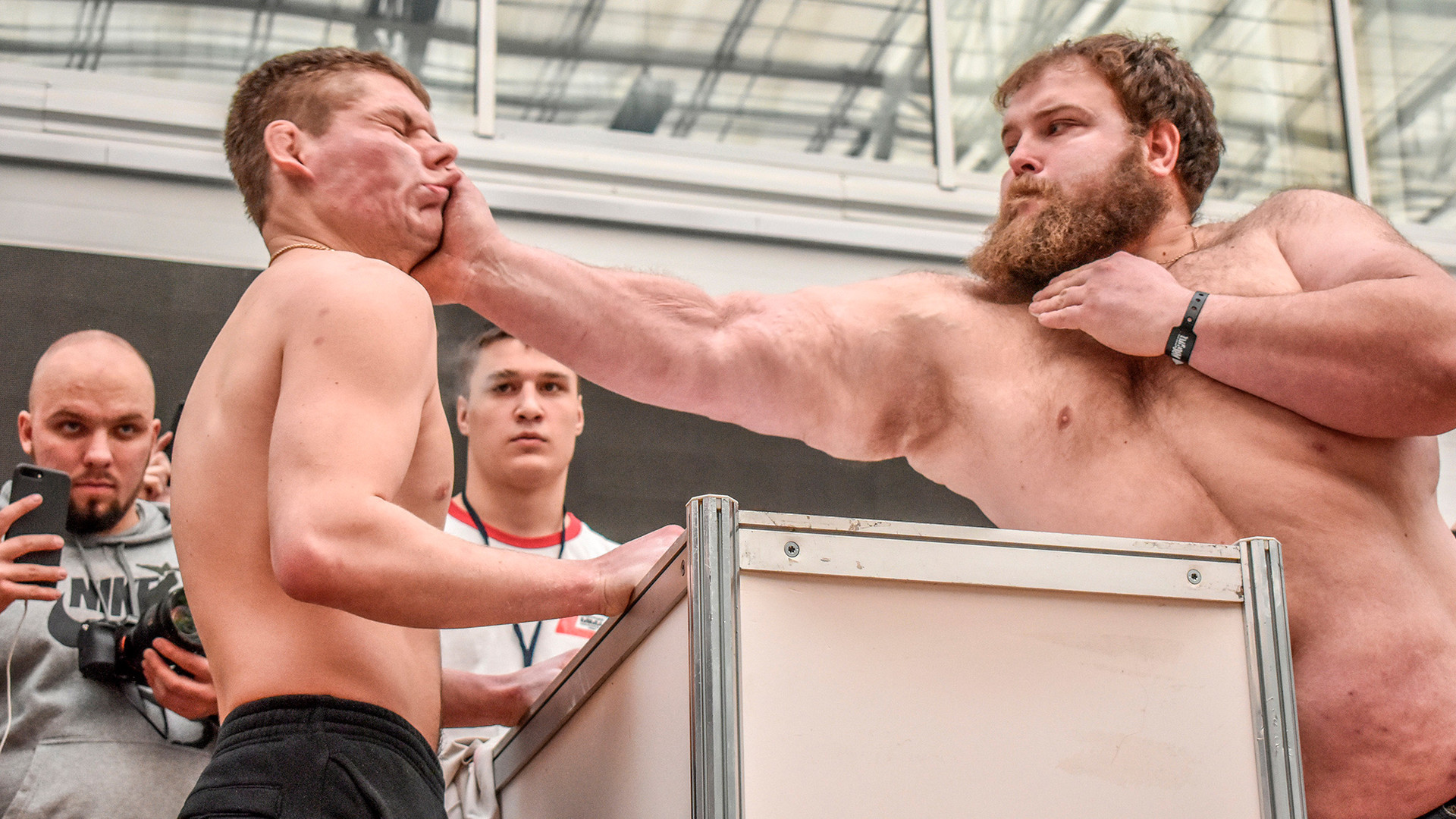 The whole of Russia learned of this weird ‘sport’ in 2018, after the All-Russian Slapping Championship was held in Krasnoyarsk and made 28-year-old farmer from Krasnoyarsk, Vasily Kamotsky, an internet sensation. The 168 kg man “annihilated” his opponents one by one and won the main prize, scooping up $466 in the process.

Since then, Russian slapping contests have spread on YouTube as well. The above-mentioned blogger now produces the Faces of Stone show, where everyone can try and beat farmer Vasily, the slapping champion, at his own game.

Registration for the tournament is also open to foreigners. Click here to give it a try and be sure to check the “Каменные лица” (Faces of Stone) option in the registration form’s first question.

4. A wall against a wall fight 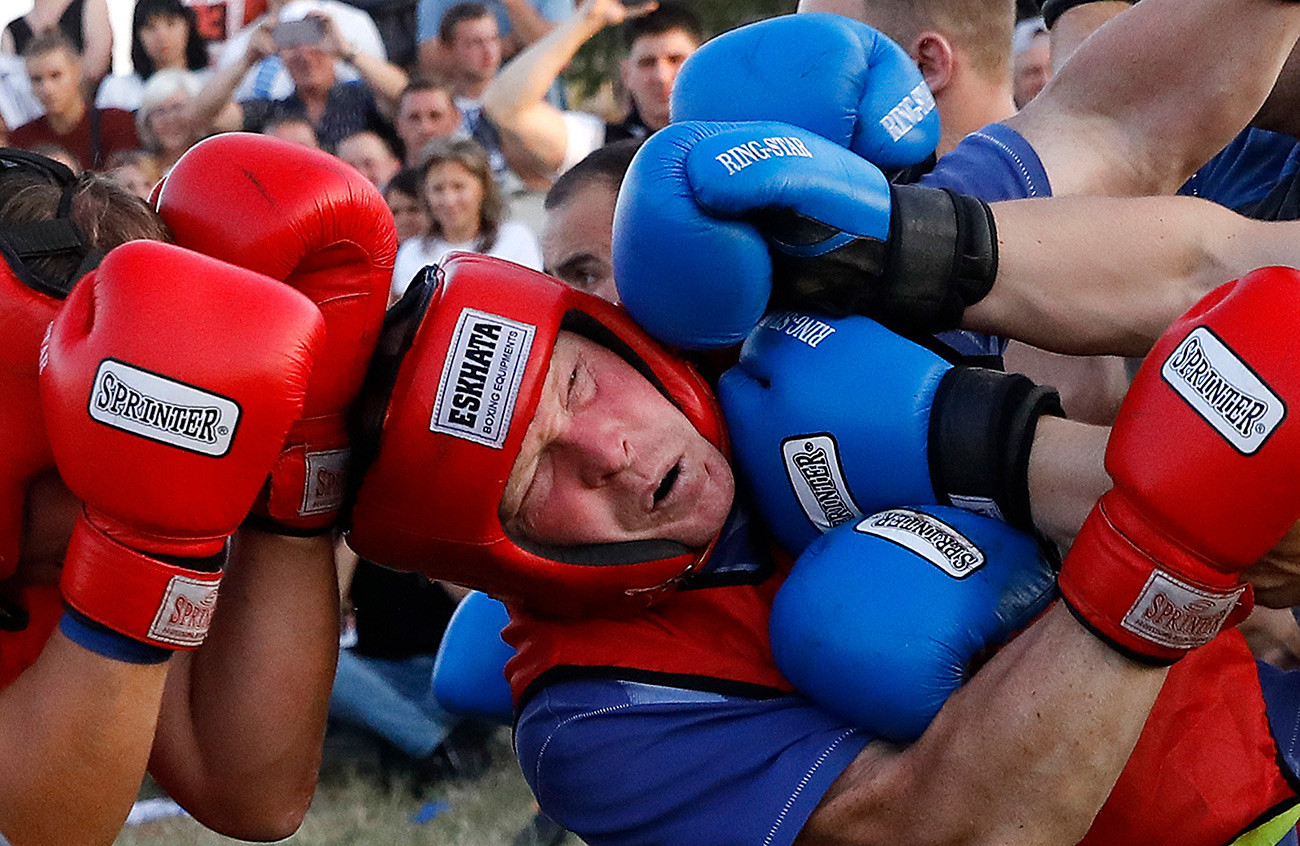 This traditional Russian ‘pastime’ received much publicity in the U.S. when Snoop Dogg posted a video of the annual games that are held in the village of Atmanov Ugol in Tambov Region. “Man up. No guns, hands only,” the rapper comments on the video.

‘A wall against a wall’ fight (“Стенка на стенку”) – where two groups of men fight in order to oust the opponents from a marked area – is a popular entertainment during many festivities throughout Russia.

Sometimes, these events require registration, but others may not. Regularly check this website (and other websites and publications that announce events and festivals) for announcements of coming “battles”. Pay special attention to the Maslenitsa holiday at the end of February: wall against a wall fights are a must during this Russian holiday.