What are the most exotic nicknames of Russian cities?

Surely, Moscow is not 'bad', but the nickname 'Moskvabad' does exist.

Natalya Nosova
While it’s not too hard to work out what Russians mean when they talk about Piter or Novosib, finding Glasgow, Honduras, or Barneo (with an “a”) on a map of Russia is more of a challenge.

When it comes to nicknames of places, opinions vary. Whereas, say, in the US everyone is comfortable with Los Angeles being called LA, in Russia many people hate linguistic distortions of their hometowns. St Petersburgers are a case in point. “City natives can’t stand the chummy familiarism Piter,” says Elena Bobrova, journalist and guide at St. Petersburg tour firm Peterswalk.

“I saw an online debate about how only newcomers call our city that, and that real Petersburgers supposedly don’t use the word. Sure, that’s an exaggeration, but there’s some truth in it,” she explains. It’s a rather conservative point of view (Piter was first coined back in the 18th-19th centuries by such “newcomers” as the writers Alexander Radishchev and Ivan Krylov, and many Petersburgers do say it), but it reflects the opinion of purists who frown on abbreviations.

All the same, living speech is not and cannot be set in stone. Tongue-friendly colloquialisms and slang expressions always seep in, and even the literary norm is not immune, as the example of Russian cities clearly shows.

The shorter, the better 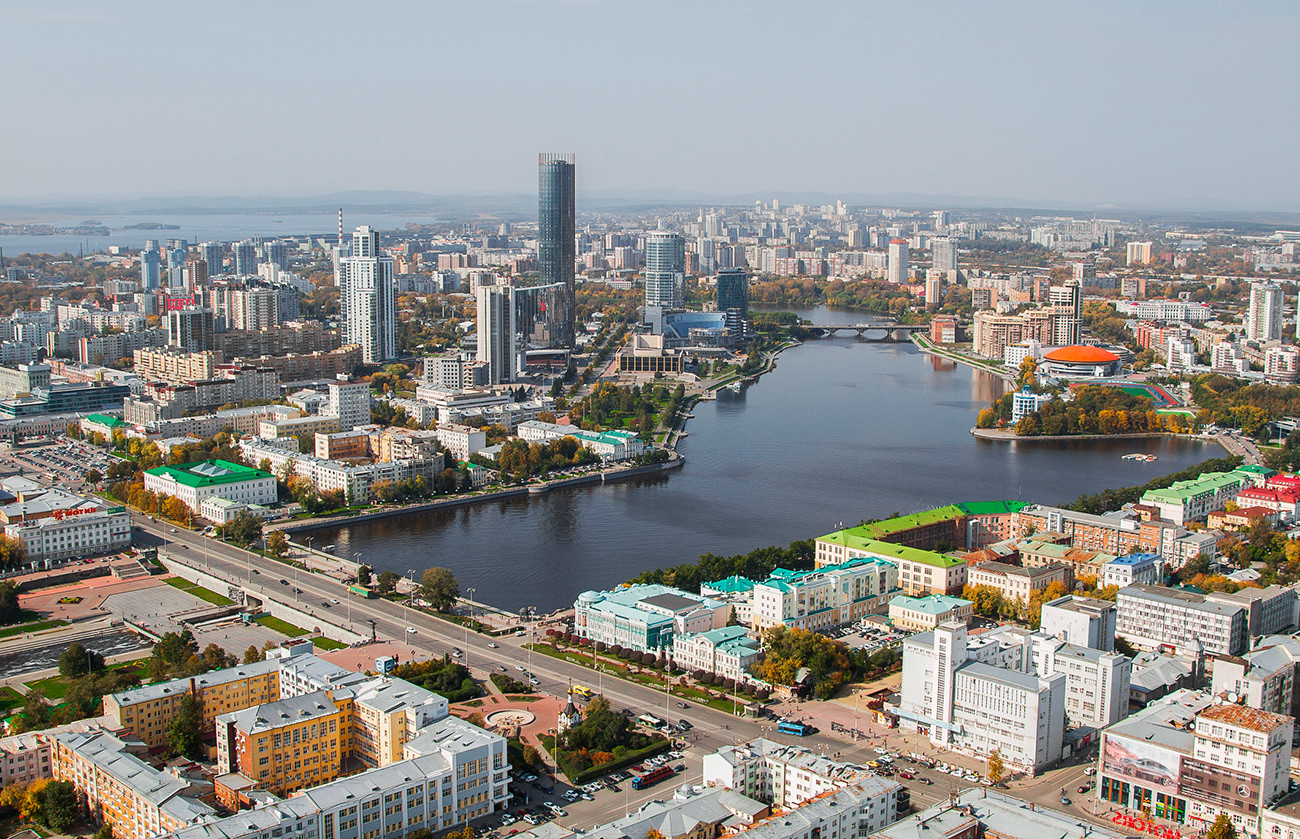 If Yekaterinburg is too difficult to say, you can refer to it as Yekat or Yekb. Bunt never Yoburg!

One of the main reasons for the emergence of “unofficial” city names is that shorter names are easier to both say and write. So St Petersburg in the speech and writing of locals and others turns into Piter or Spb, Yekaterinburg into Yekat or Yekb, Novosibirsk into Novosib or N-sk, etc.

Thus, a polysyllabic name becomes just one or two syllables. As follows logically, shorter names (Moscow, Perm, Penza, Omsk) do not get abbreviated. Meanwhile, if a name consists of two words, one is often discarded. Nizhny Novgorod becomes Nizhny, Khanty-Mansiysk turns into Khanty, and the Far Eastern city of Bolshoi Kamen (literally 'Big Stone') gets rendered as, surprise-surprise, Kamen. 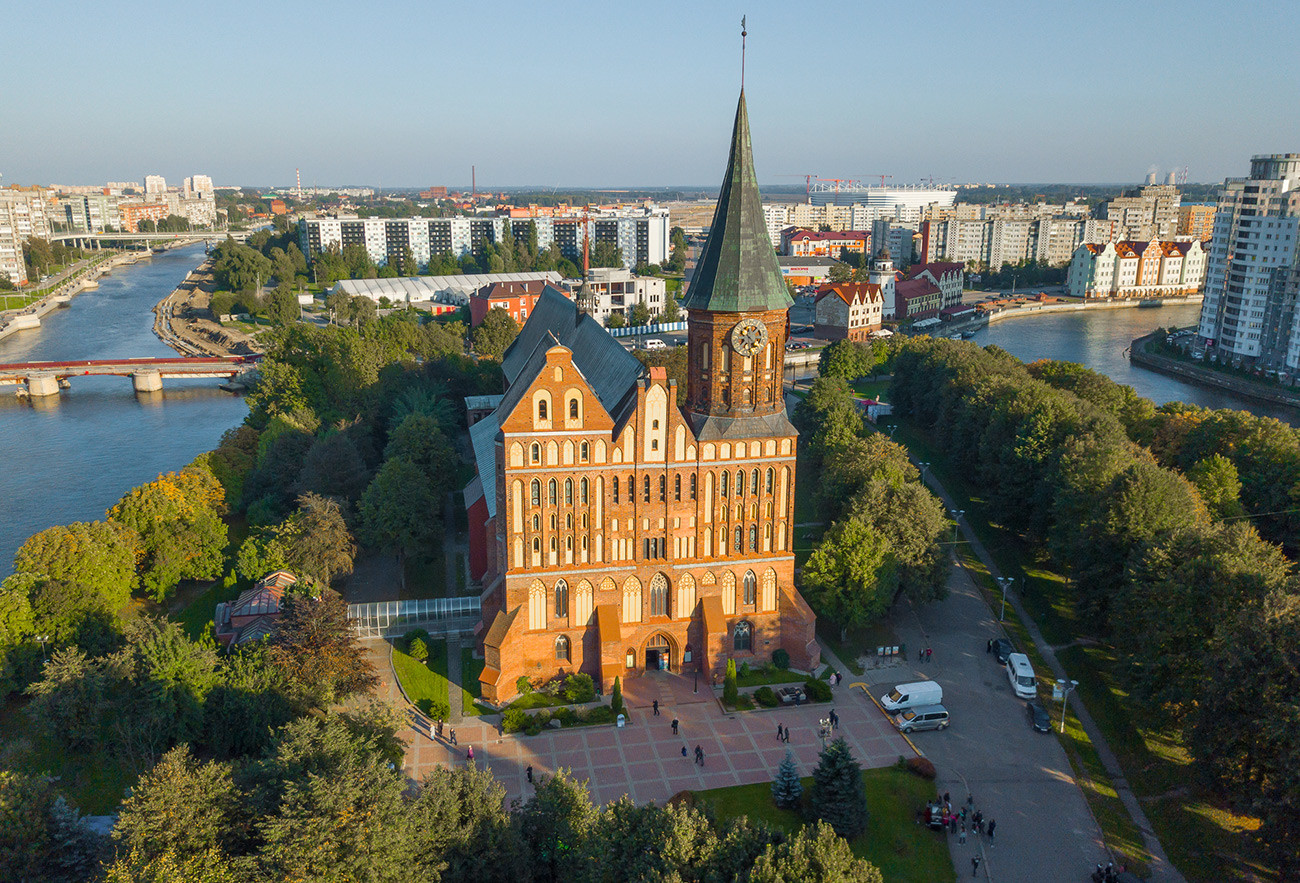 Meet Konig, or Kaliningrad, one of Russia's most Western cities.

Sometimes an old name, or a variant in the language of the original settlers, becomes a city’s nickname. The most famous example is Kaliningrad, which is known as Konig (short for Konigsberg, the old German name for the city). By the same principle, Yuzhno-Sakhalinsk is sometimes called Toyohara (the Japanese name), and Petrozavodsk in Karelia is named Petroskoi (a transliteration from the Karelian language), although in the latter case the traditional abbreviations Petrik and Ptz are more common. 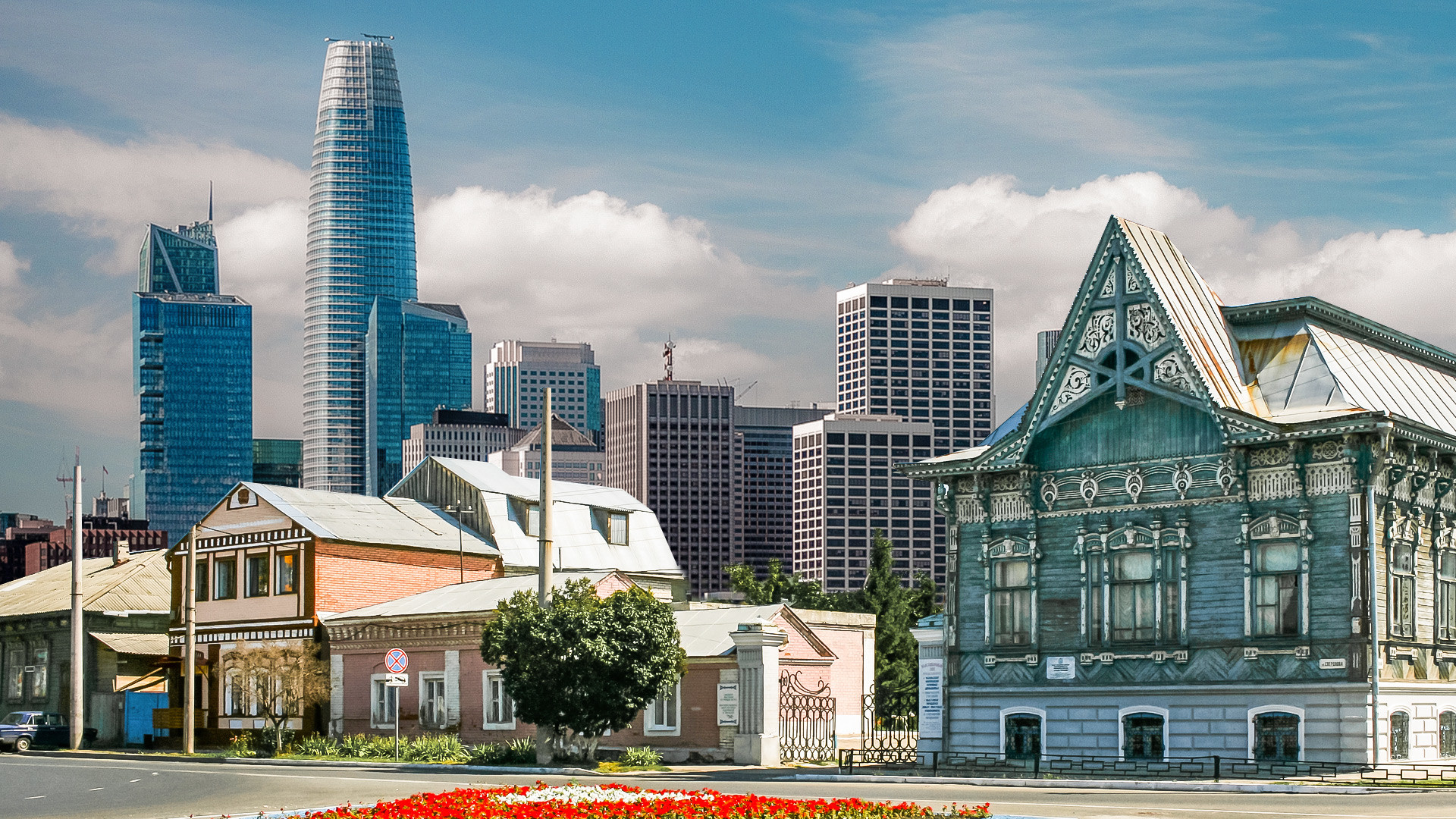 San-Fran-Syzran (San-Francisco + the small town of Syzran). No, it does not look like that in reality.

Some Russian city nicknames refer to other, more famous places around the world that happen to sound similar. Such names tend to be used solely by locals and only ironically. Barnaul, for example, is known as Barneo (although the city 3,600 km east of Moscow has precious little in common with the green island of Borneo). The town of Glazov in Udmurtia is proudly called Glasgo (after Scotland’s Glasgow), the village of Gonzhyr in Perm Region becomes Gonduras (Honduras), and Syzran in Samara Region is San-Fran-Syzran (you can probably guess). In the latter case, there is another variant Zasran (from the Russian word zasranny meaning “shitty”), but we don’t advise that you use it (at least not within earshot of a local).

Such ironic and at times offensive nicknames are not uncommon for other cities, too. “In spring and autumn, Yekb is jokingly referred to as Gryazburg [“Dirtburg”]. We even put up such a sign at the entrance to the city,” says local journalist Yulia Shevelkina about Yekaterinburg.

Some others include Zasratov (Saratov, from zasranny again) and Krasnodyr (Krasnodar + dyra – Russian for “hole”). But the champion by number of ironic nicknames is, of course, Moscow. It is known as Nerezinovaya (from the saying “Moscow is not rubber” — meaning the city can’t stretch forever to let everybody in), Ponayekhalovsk (from ponayekhat — a rude verb to describe the process of migration) and Moskvabad (Moskva (Moscow) + bad — a common suffix for Central Asian cities, hinting at the large number of migrants from the former USSR in Moscow).

It goes without saying that non-Muscovites are better off not using such names — it’s one thing to make fun of your own city, but another when an outsider does it.

From irony to absurdity

Some nicknames are so strange they almost defy explanation. For instance, Alexandra Guryanova from Samara says that her city is sometimes called Camapa (the English “transcription” of the Russian name — Самара). By the same principle, Ivanovo is sometimes called the even weirder Ubahobo, but it is hard to know how widely such exoticisms are used in practice.

How not to put your foot in it

Trying to flaunt your knowledge of local slang in a foreign city is never generally a good idea. Even if no one finds it offensive, there is always the risk of being misunderstood. It’s possible, for instance, that locals stopped using the term in your head long ago. “When I first arrived in Yekaterinburg, I went for a job interview at a local newspaper. During the conversation with the editor, I repeatedly said Yoburg, until he corrected me and said: ‘You know, no one calls it that anymore, everyone says Yekat,” explains Yulia Shevelkina. So unless you’re sure it won’t cause offense or confusion, better to use the official name.