How dangerous is flying in Russia?

Lifestyle
Ksenia Zubacheva
Eugene Odinokov/Sputnik
Plane crashes don’t happen regularly but when they do they make headlines the world over. Unfortunately for Russia, this year has turned out to be full of such accidents.

From the Sukhoi Superjet 100 tragedy to the emergency plane landing in a cornfield, where thankfully no one died, - such stories don’t do Russian civil aviation any favors. But should one really stay away from Russian airlines?

No need to worry?

Statistically, flying by plane is the safest way to travel and the number of serious accidents is tiny compared to the overall number of flights. In 2018, 4.4 billion passengers flew safely on 46.1 million flights, according to the International Air Transport Association (IATA), and 11 fatal accidents occurred that resulted in 523 fatalities among passengers and crew. Even though it’s higher than 2017’s record-low of six fatal accidents, 2018’s performance still means that “on average a passenger could take a flight a day for 16,581 years before experiencing a fatal accident in which all on board perish.”

Speaking about Russia, in 2018, the country’s airlines carried 116.1 million passengers - a 10.7 percent increase compared to 2017. According to the Interstate Aviation Committee (IAC), the country also reported 42 incidents, 22 of which were fatal, claiming 128 lives.

At first glance, these numbers contradict IATA, but, based on IAC’s report, they include civil aviation incidents involving all kinds of aircraft (including light-weight, heavy airplanes and helicopters) and all types of flights (regular and irregular passenger flights, as well as “other kinds of flights”). IATA, in turn, doesn’t include accidents in military, executive and business jet operations, training flights, maintenance or test flights. Furthermore, it only includes accidents involving turbine-powered aircraft with a certificated Maximum Take-off Weight (MTOW) of at least 5,700KG (12,450 lbs.). 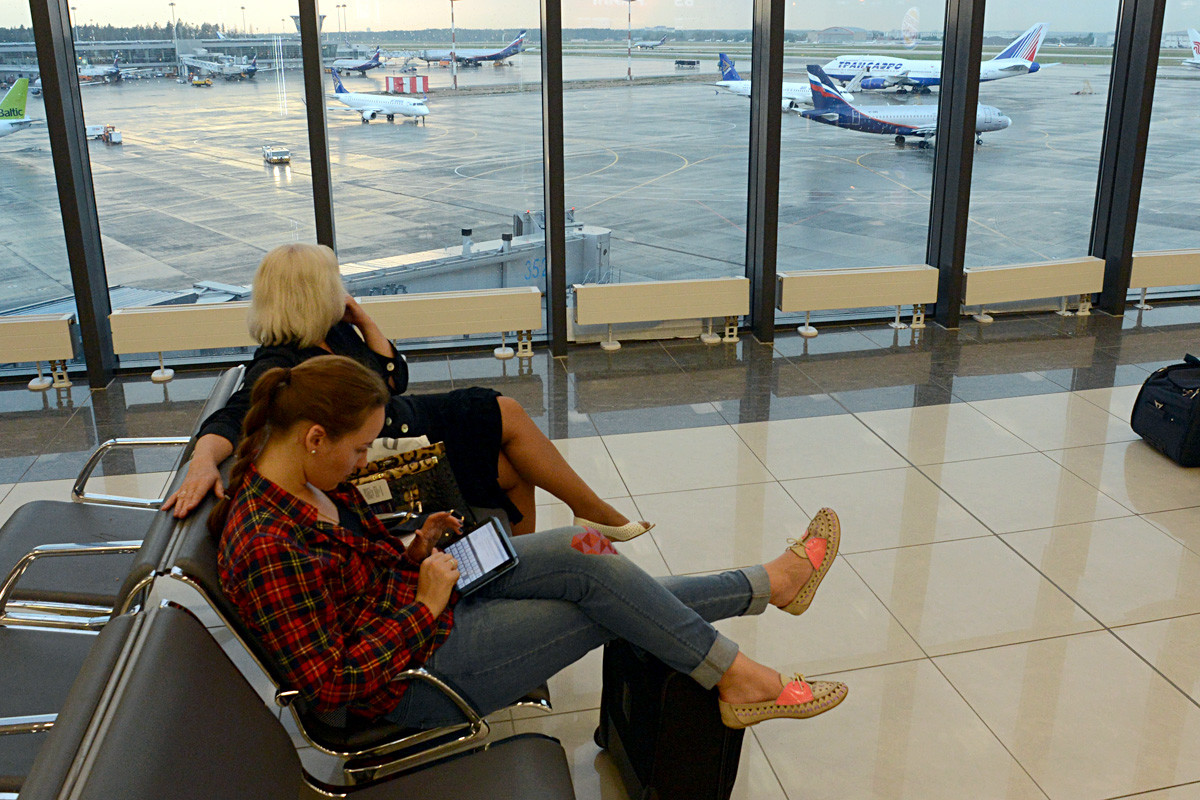 “The key players on the Russian aviation market for many years have been working closely with international partners and are part of global alliances, so it’d be incorrect to say that the level of safety in Russia is lower than in Europe,” Dmitry Inogorodsky, expert at Moscow-based International Financial Center, says. Aeroflot and S7, for instance, are members of Skyteam and Oneworld alliances and count Airbus and Boeing jets in their fleets.

“Moreover, our airlines have been receiving prestigious European awards and our technical specialists and pilots are highly valued abroad,” he adds.

How many incidents has Russia seen in the last 10 years?
Infogram

How does it compare to the U.S.?

Even though these numbers don’t paint a particularly grim picture of Russia’s aviation industry, there is always room for improvement. In the Aviation Safety Network (ASN), a website of the Flight Safety Foundation that keeps track of aviation accidents, Russia ranks second in the 25 worst regions in the world by the number of fatal accidents from 1945 until now. Over that period, the country experienced 525 accidents with 8,453 fatalities in total and is currently surpassed only by the U.S. (with 846 accidents and 10,792 deaths).

Yet, given the higher passenger flow in the U.S., it would be wrong to put it on the same level with Russia. In 2017, the U.S. carried 849.4 million passengers while Russia - 105 million, according to Russias's Federal Air Transport Agency (Rosaviation).

Being the largest country in the world, Russia has to deal with large distances traveled by domestic flights and extreme weather conditions, but that’s not all. Inogorodsky thinks that the reason for the increase in accidents is connected to the rise in the number of flights and passengers. Aeroflot says that in the first half of 2019 it flew 17.8 million passengers, which is 9.7 percent more than the same period last year. IATA predicts that overall by 2037 the world may see a doubling of passenger numbers to 8.2 billion. 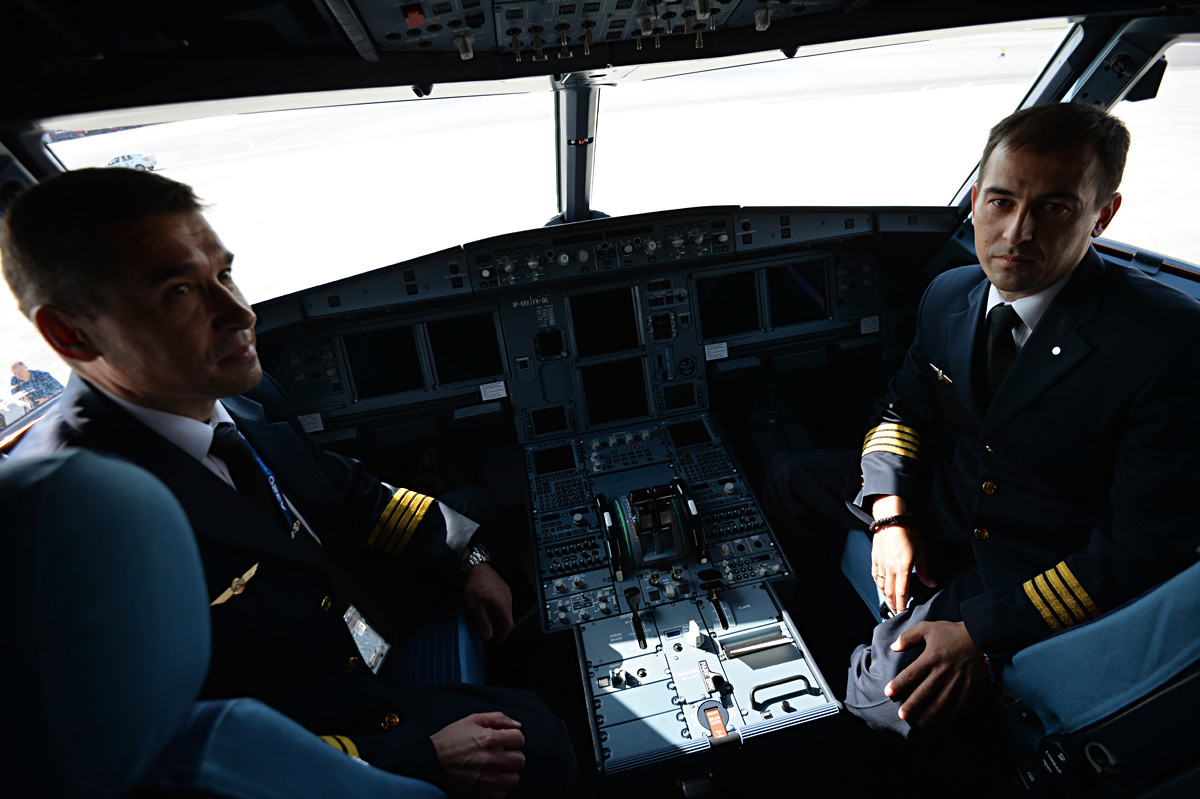 Another challenge for Russia is a lack of qualified pilots, thinks Gennady Nikolayev, an expert at the Academy of Finance and Investment Management. “Experienced professionals often choose to work for foreign companies and it’s not only because of low salaries even in Russia’s largest airline Aeroflot, but because of the extremely difficult working conditions when pilots have to fly more than once a day. The majority of recent accidents could have been avoided if there was an experienced pilot in control,” he argues.

What’s horrifying is that the Interstate Aviation Committee estimates that 75 percent of fatal accidents in post-Soviet countries occur due to human error.

The situation is even worse for small airline companies that don’t have enough funds to properly train their pilots. “Not every company has its own flight simulation equipment because it might cost as much as an actual plane so they have to send their pilots to education centers in different parts of the country,” Nikolayev notes. He adds that authorities are taking steps to address the situation.

Indeed, in August, the Ministry of Transport suggested the government increase funding for training Russian pilots - from the current 600,000 rubles ($8,985) a year for training one pilot to 4 billion rubles ($59.9 million) annually, plus 450 million rubles ($4.7 million) more on food and uniforms.

In addition, following the Sukhoi Superjet 100 tragedy (which officially occurred due to human error), the Ministry also proposed to train pilots specifically for SSJ100 within flight universities and return military departments to flight schools.