Lifestyle
Russia Beyond
Sergei Kiselev/Moskva Agency
Wind and rain were no obstacle for 30,000 runners from 85 (!) countries participating in the event.

On Sunday, September 22, the Russian capital hosted the largest running event in the country. A record-breaking 30,000 people from 85 countries ran 42.2 km and 10 km through the very heart of the city, as part of the Absolute Moscow Marathon.

The race was also a qualifying round for the Abbott WMM Wanda Age Group World Championship 2020 and is a member of the Association of International Marathons and Distance Races (AIMS). 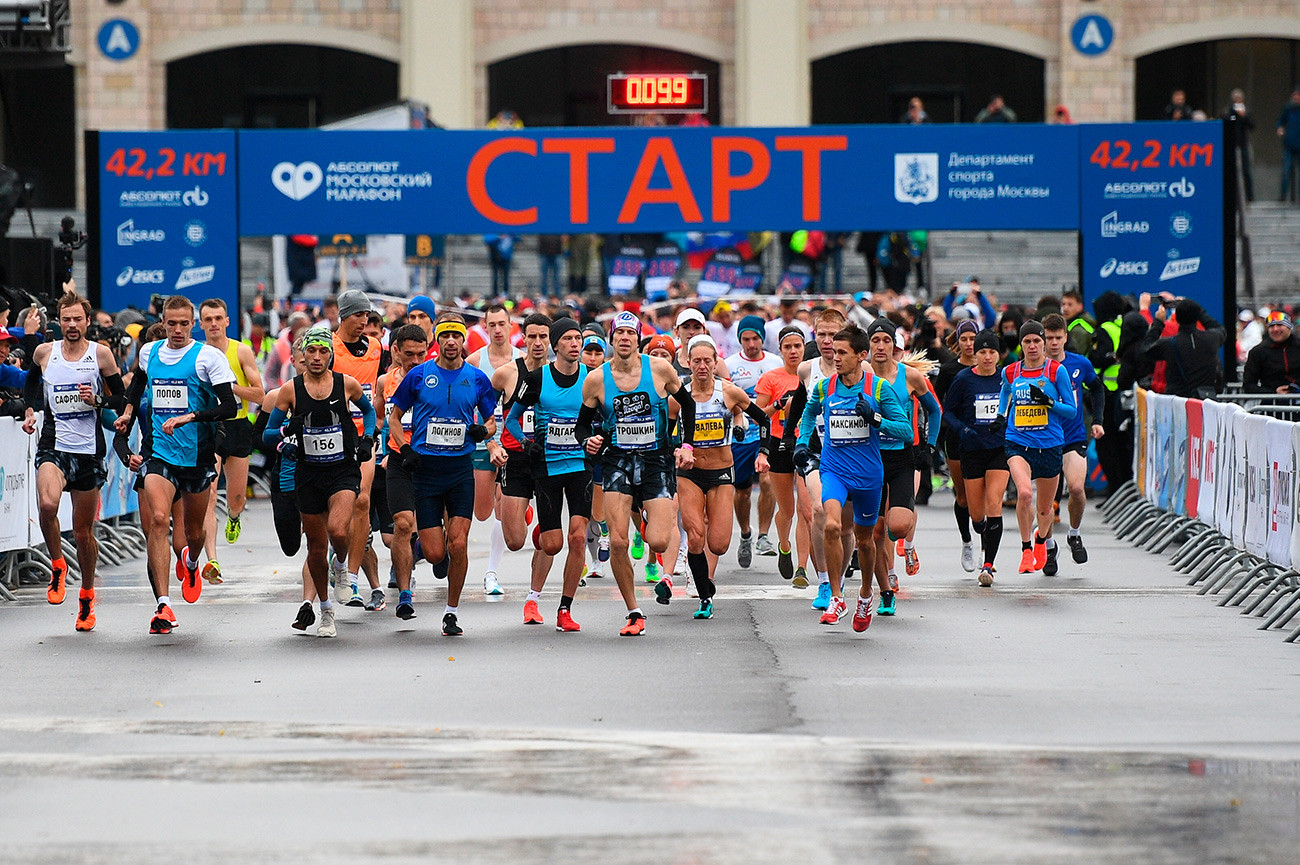 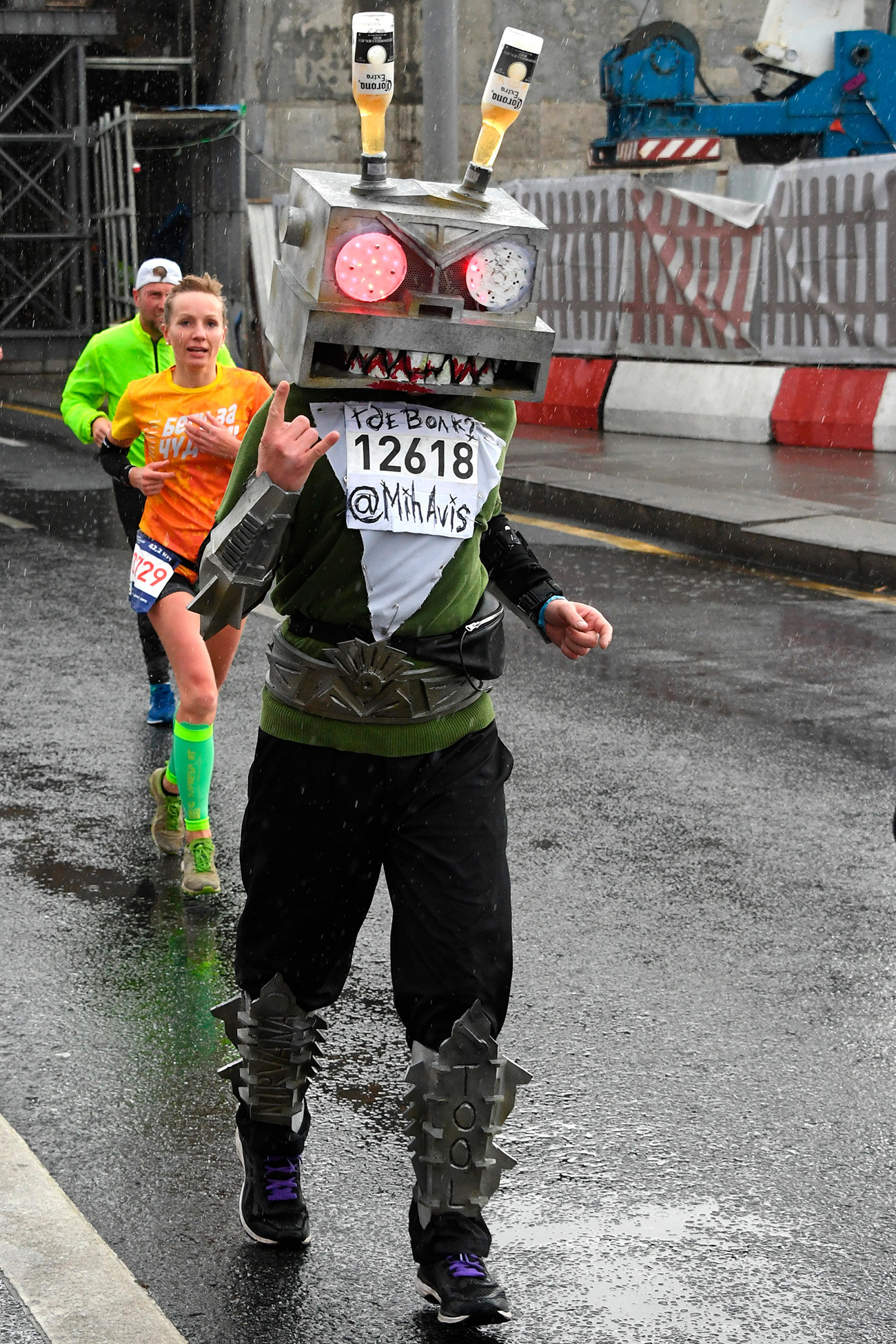 According to reports, approximately 2,442 foreign runners took part in the marathon, the majority of which represented Thailand (371 participants) and China (167 participants). 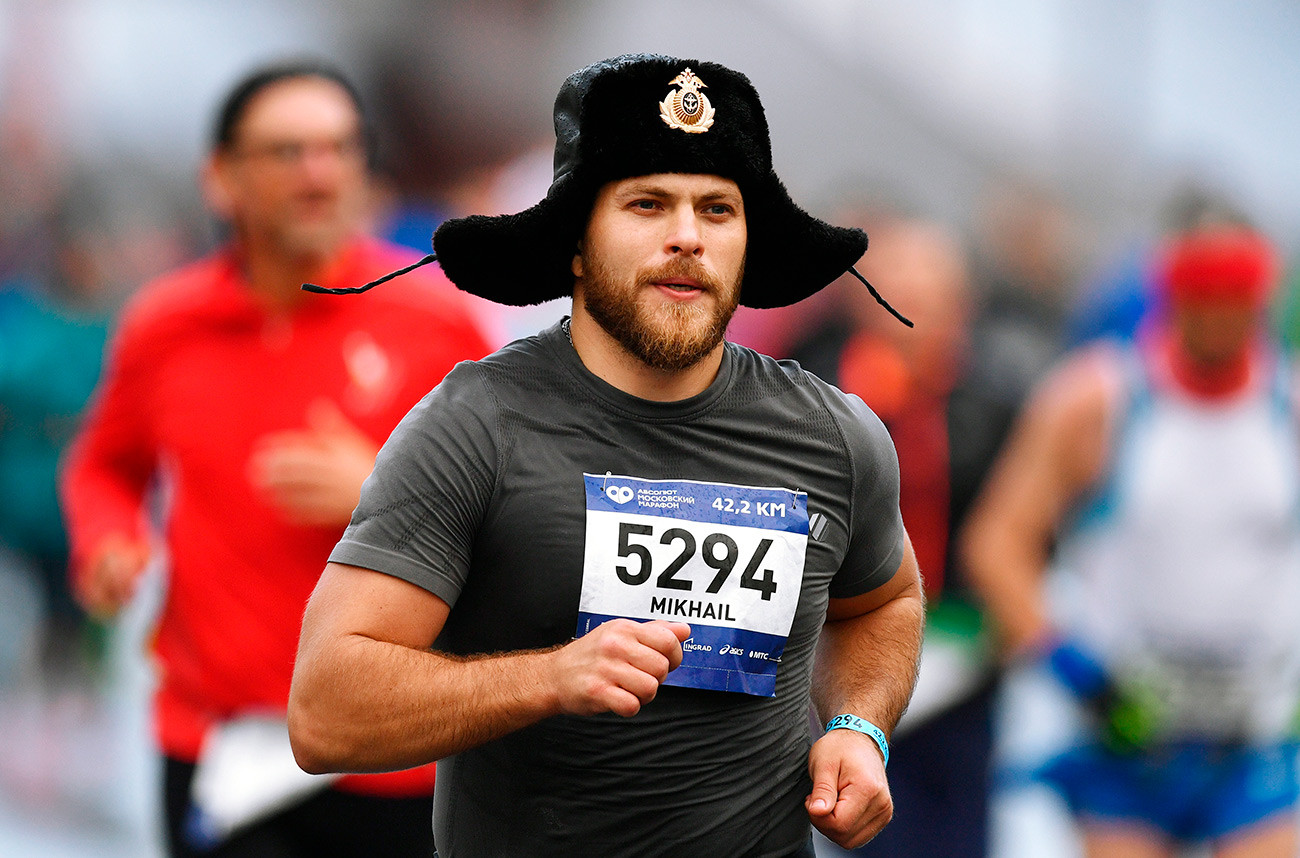 Despite the gloomy weather (with a record-low 7-8 degrees Celsius outside), the city became one big running track along the embankment of the Moskva River by the Moscow City business district, to the Garden Ring, across the Krymsky Bridge, along the Boulevard Ring and onto the famous Tverskaya Street, through Teatralny Passage and under the walls of the Kremlin, before finally reaching the finish line at the newly renovated Luzhniki Olympic Complex. 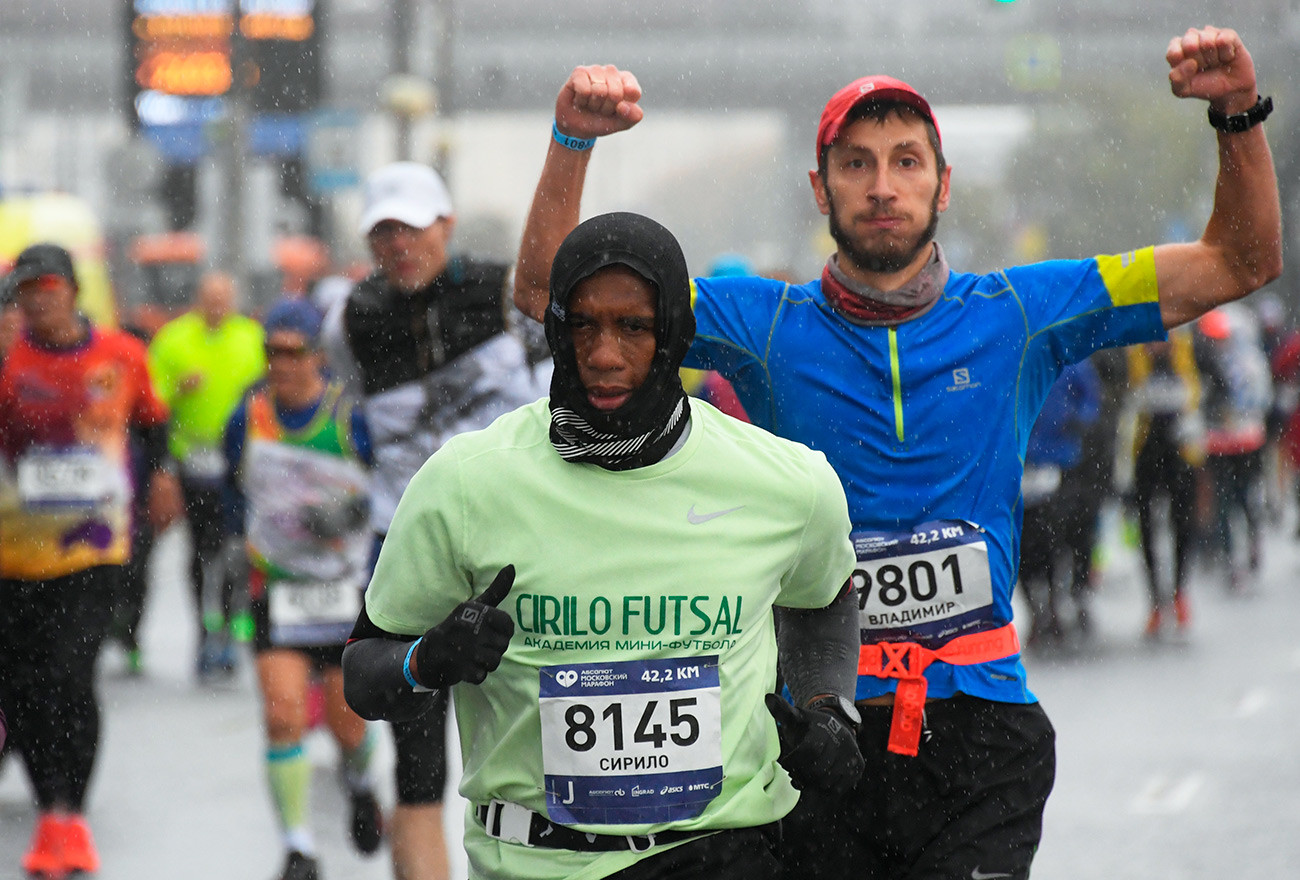 Along the route, marathon-runners were able to see more than 30 world-famous sites, including the Kremlin, the Cathedral of Christ the Savior, the Bolshoi Theatre, Moscow City, and four of the Seven Sisters skyscrapers. That’s some unique sightseeing tour! 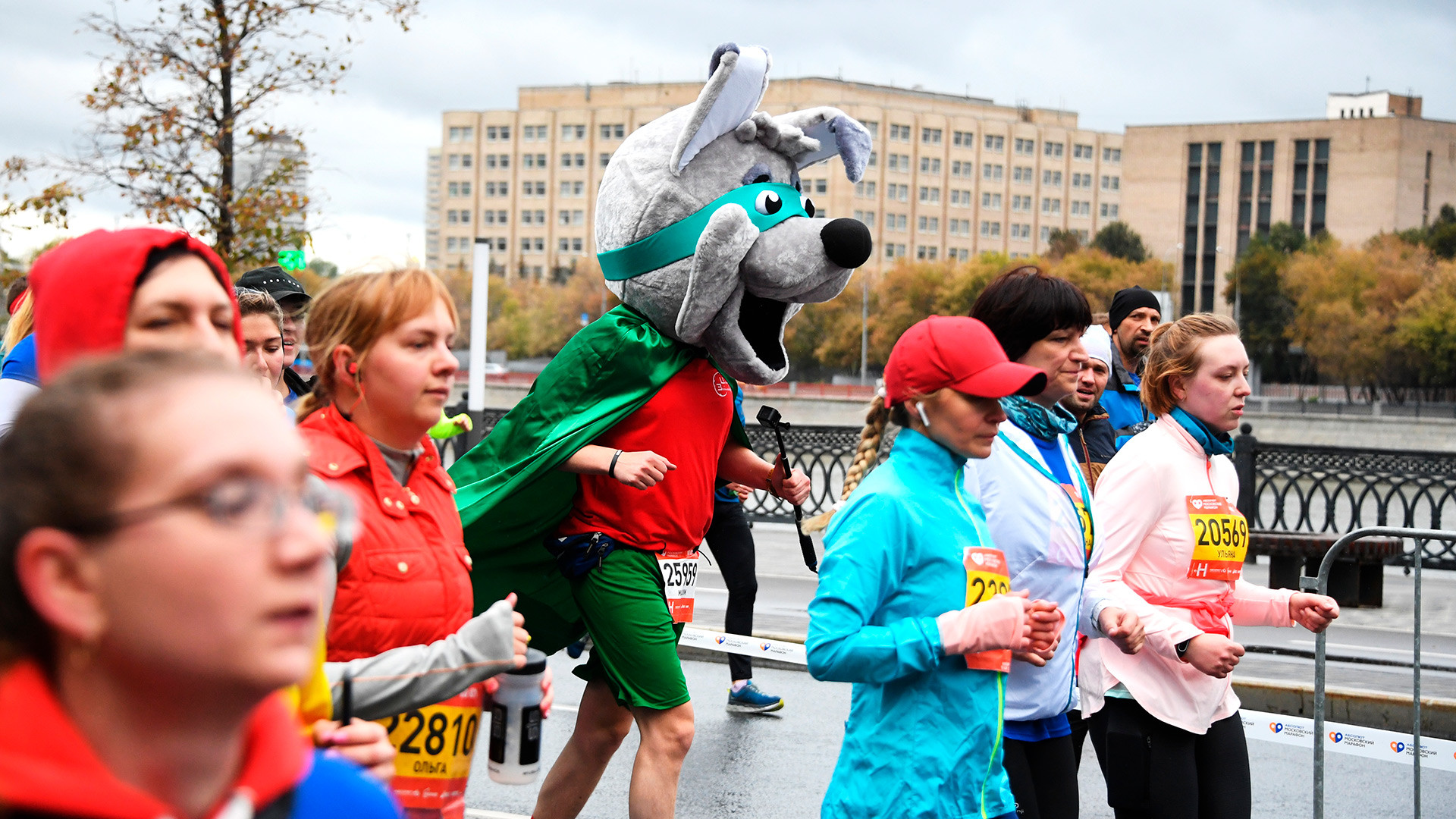 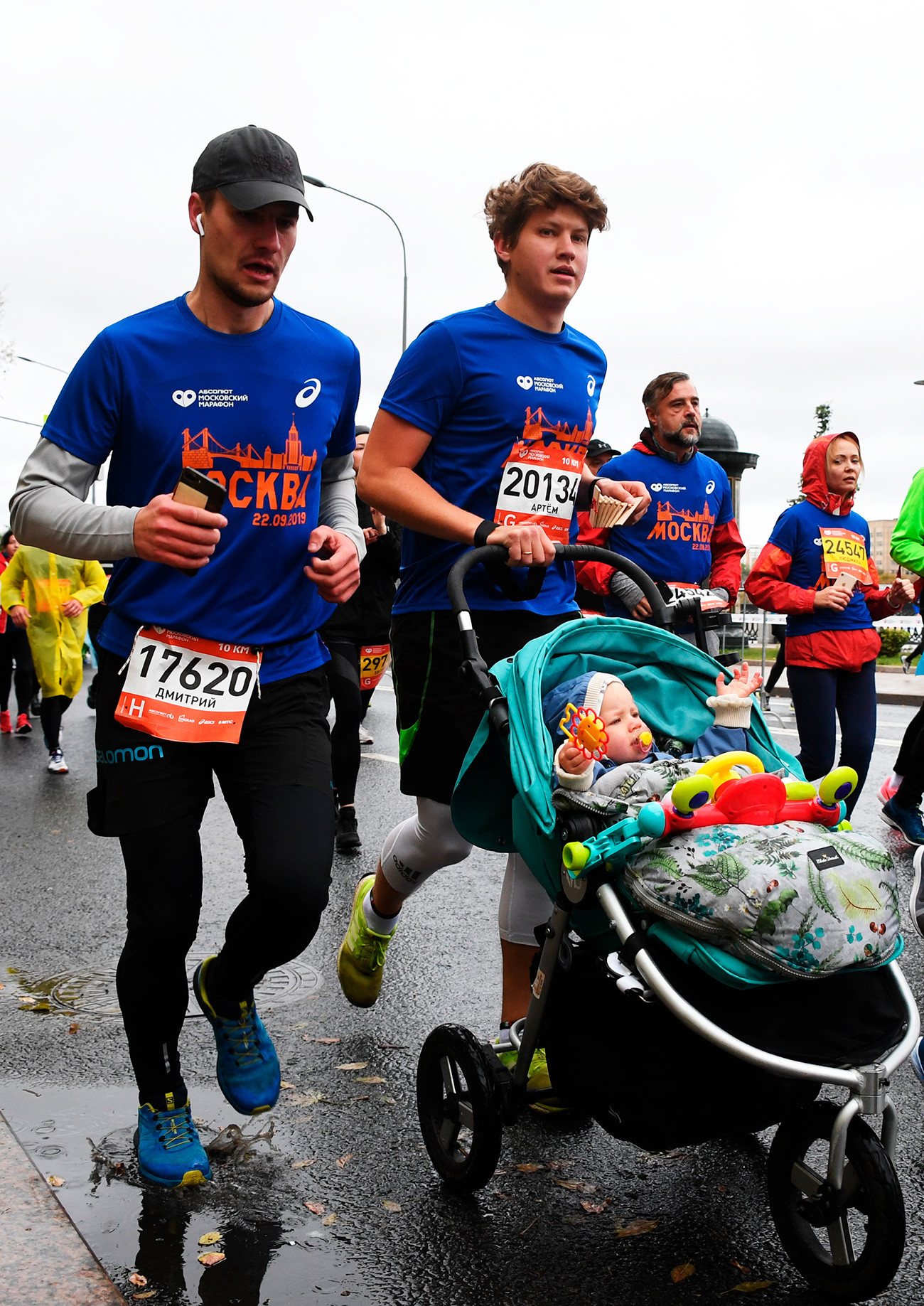 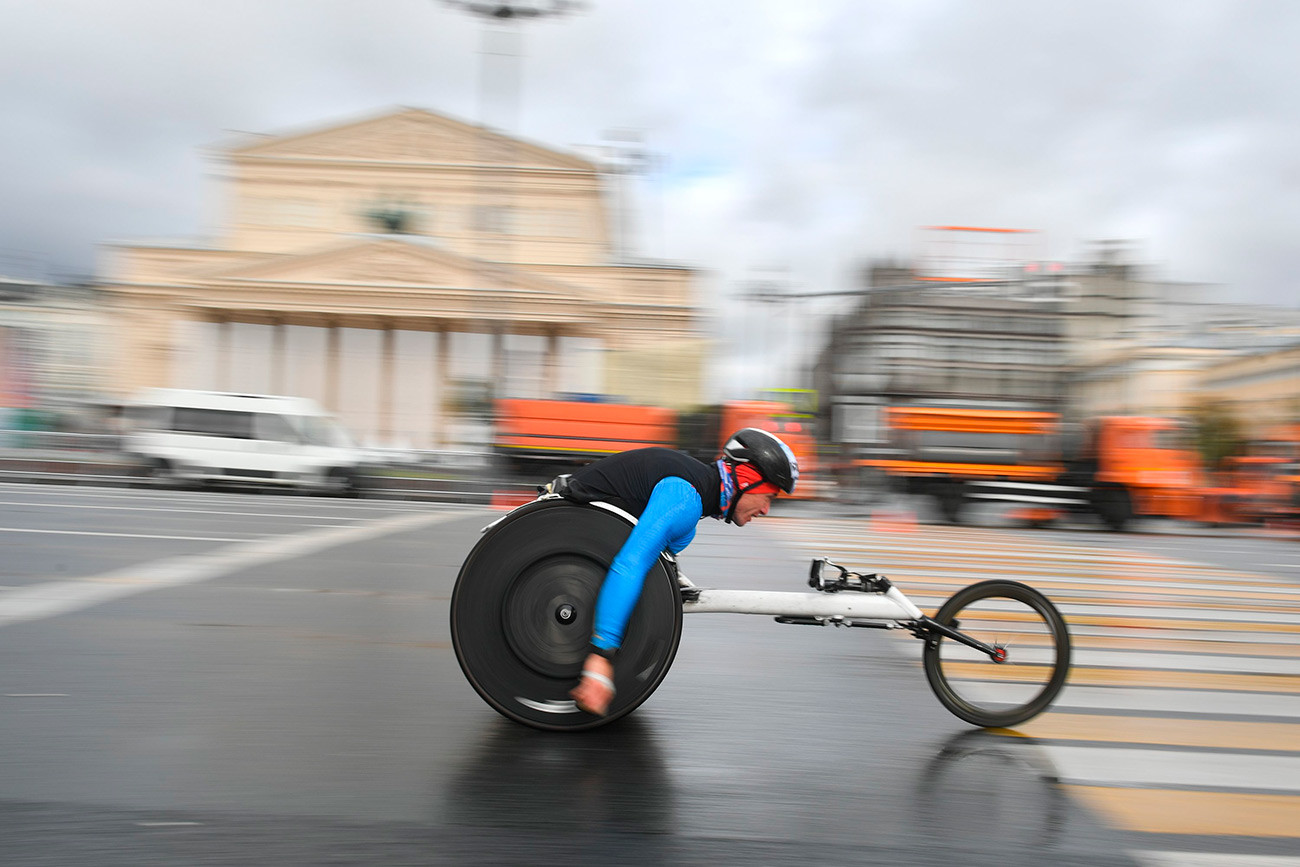 First held in 2013 as a successor of the Moscow International Peace Marathon, Absolute Moscow Marathon is one of the world’s largest running events. It’s also the first marathon in Russia that features a 42.2-km race for wheelchair athletes. 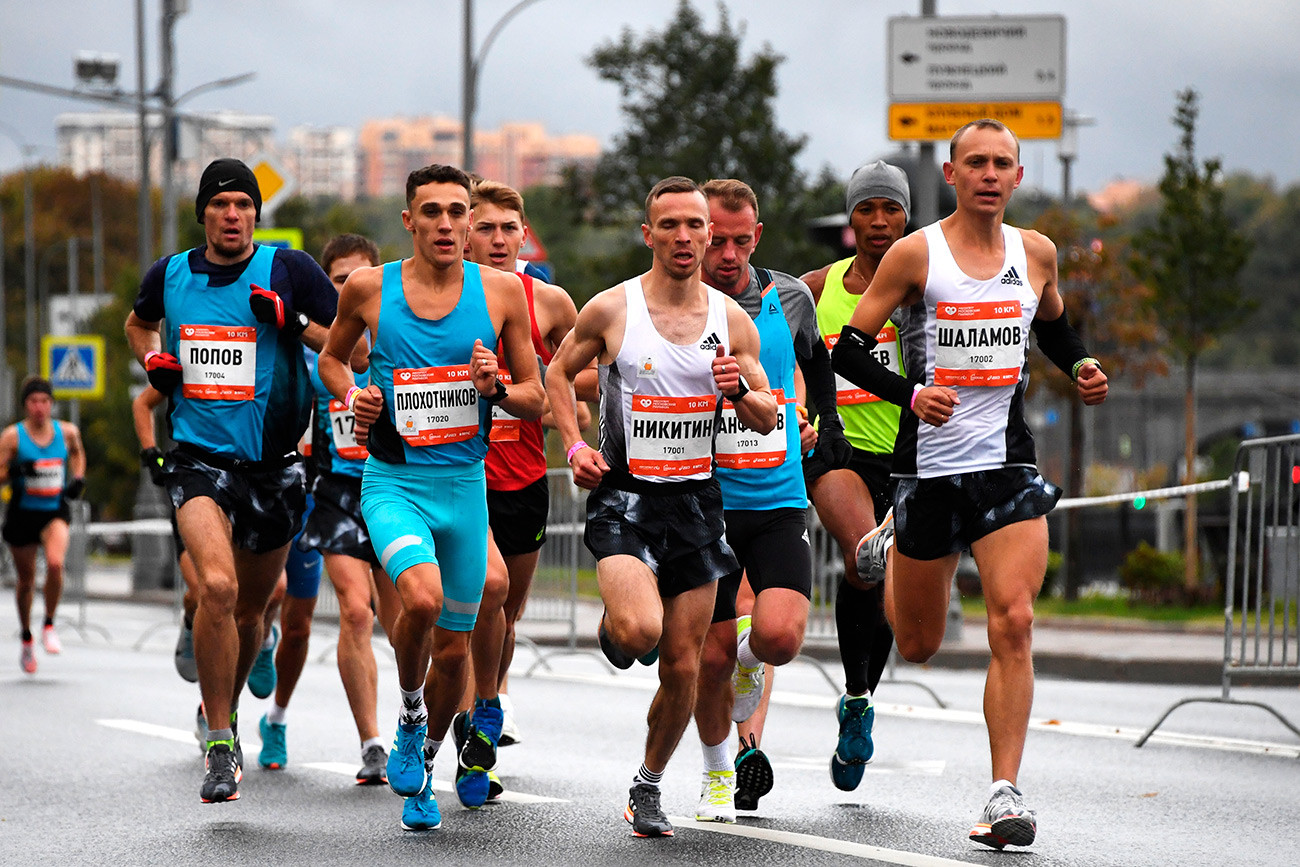 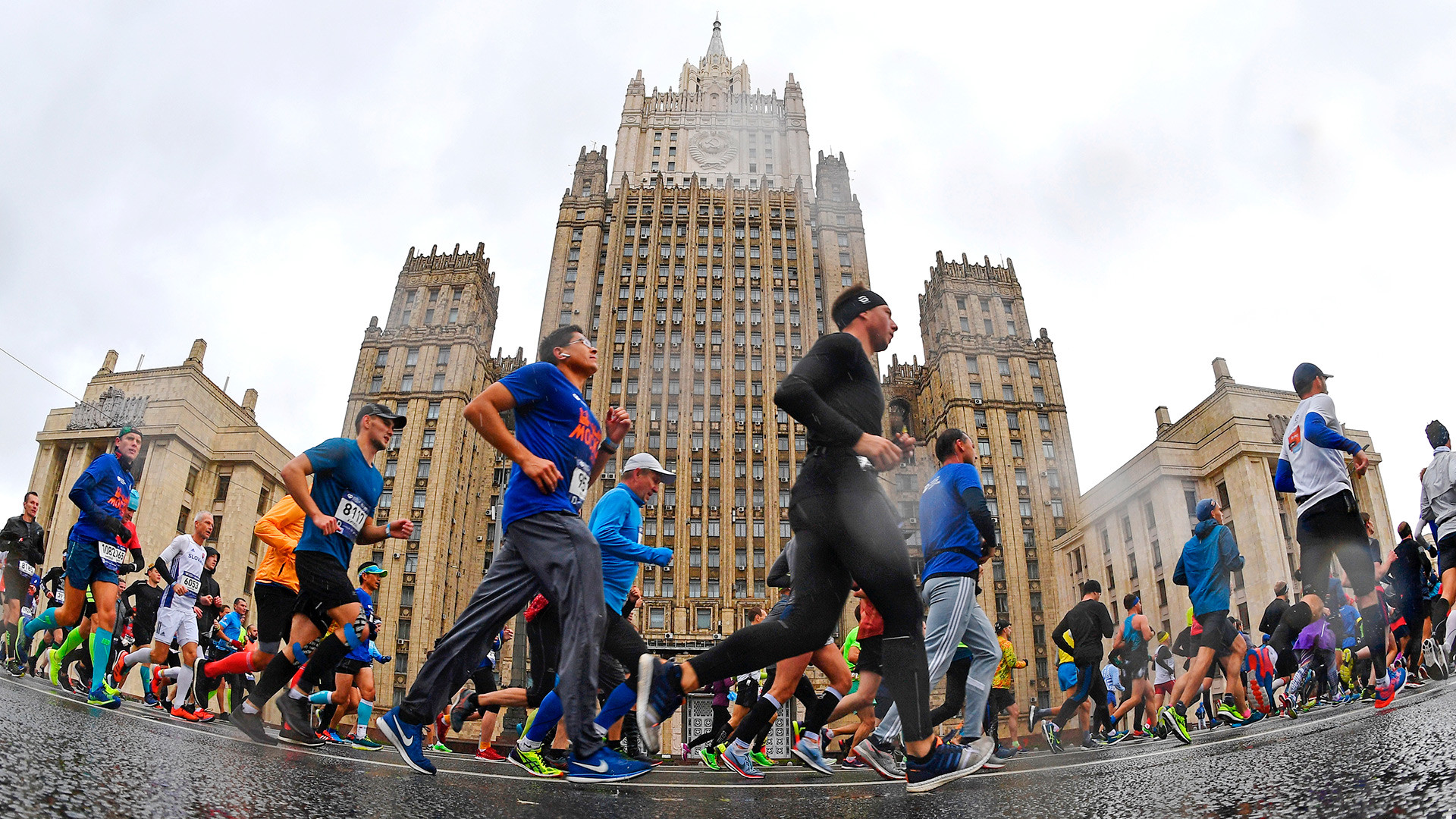 This year, around 1,500 volunteers, 300 technical specialists and 440 sportsmen helped to organize the event, while 26 ambulances and 115 medical workers were on duty during the marathon. 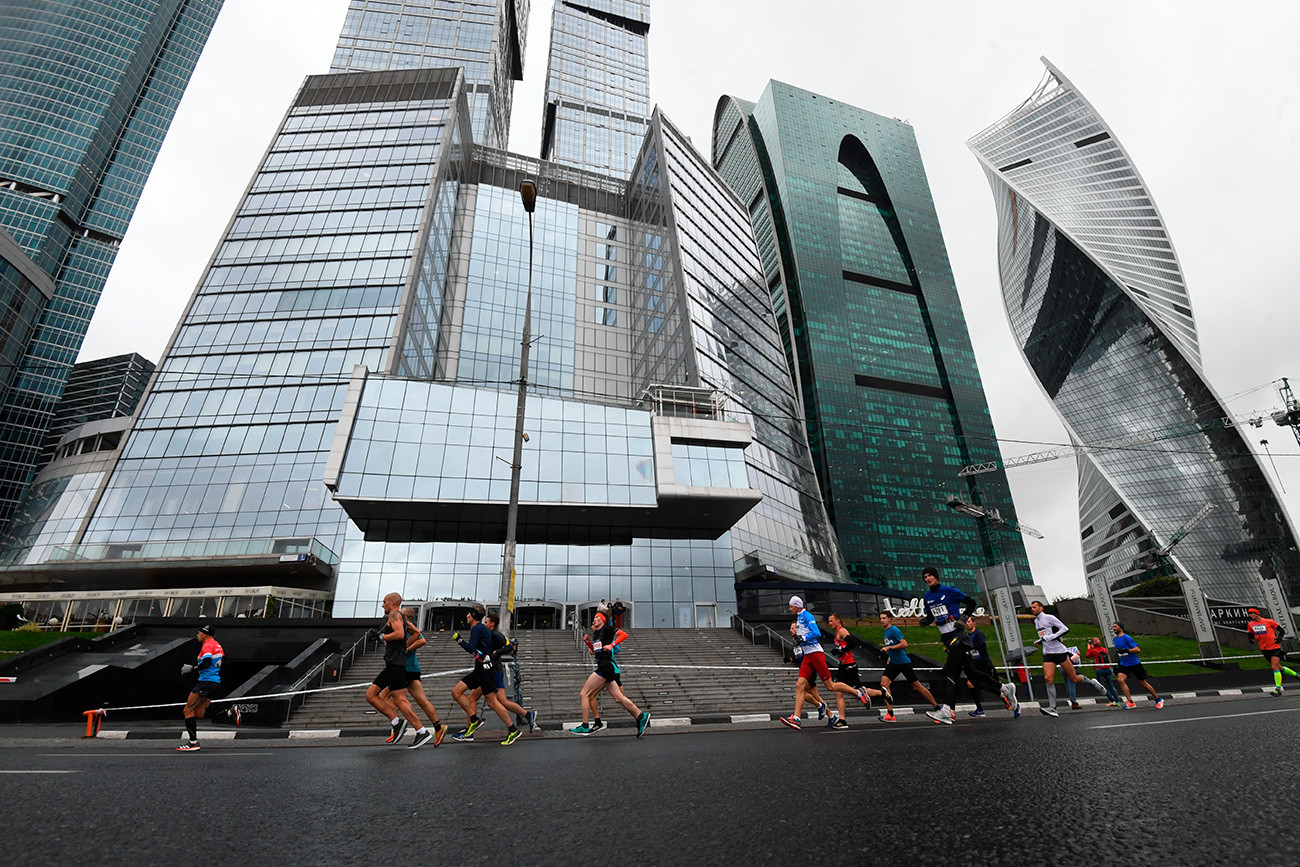 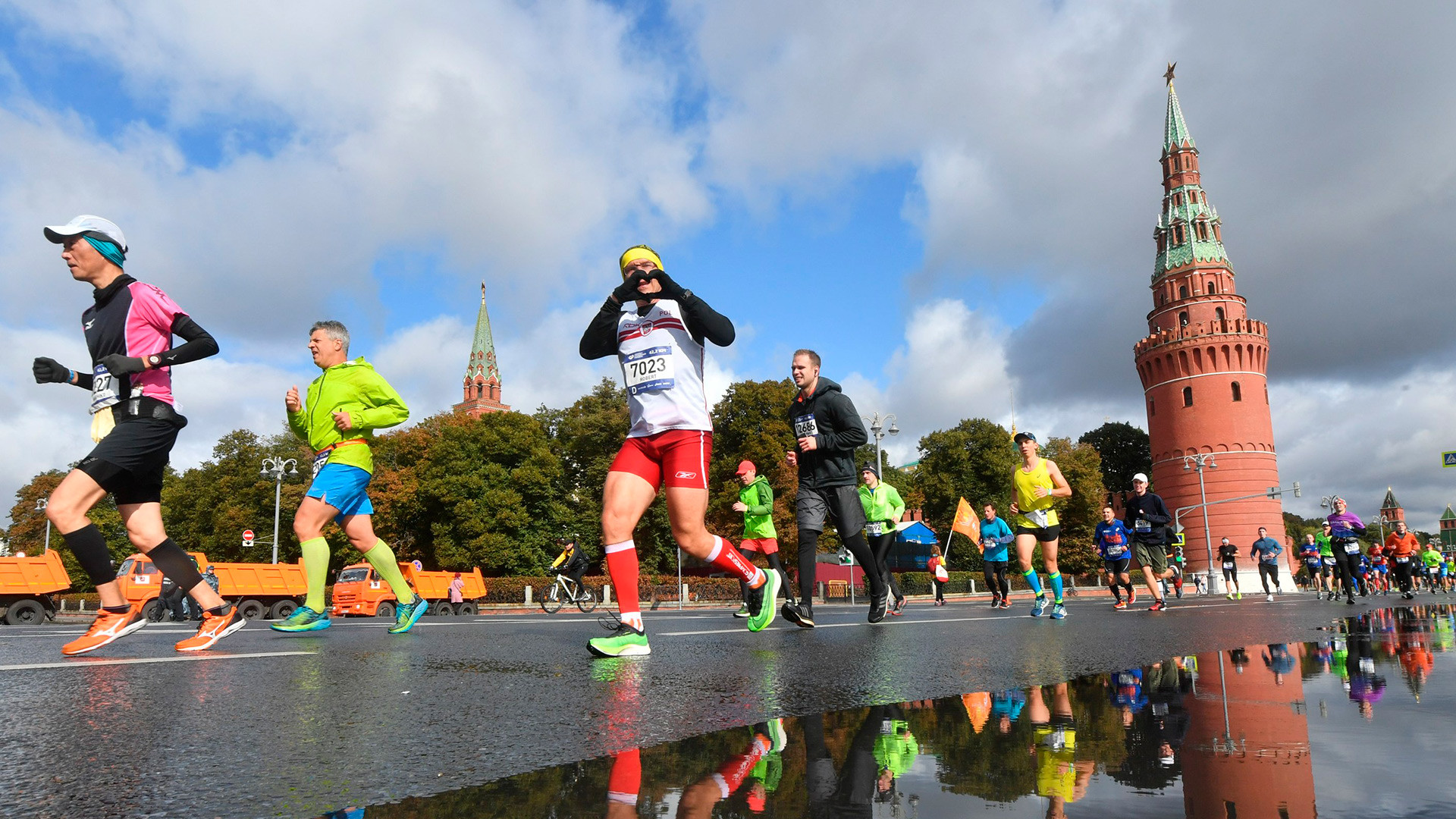 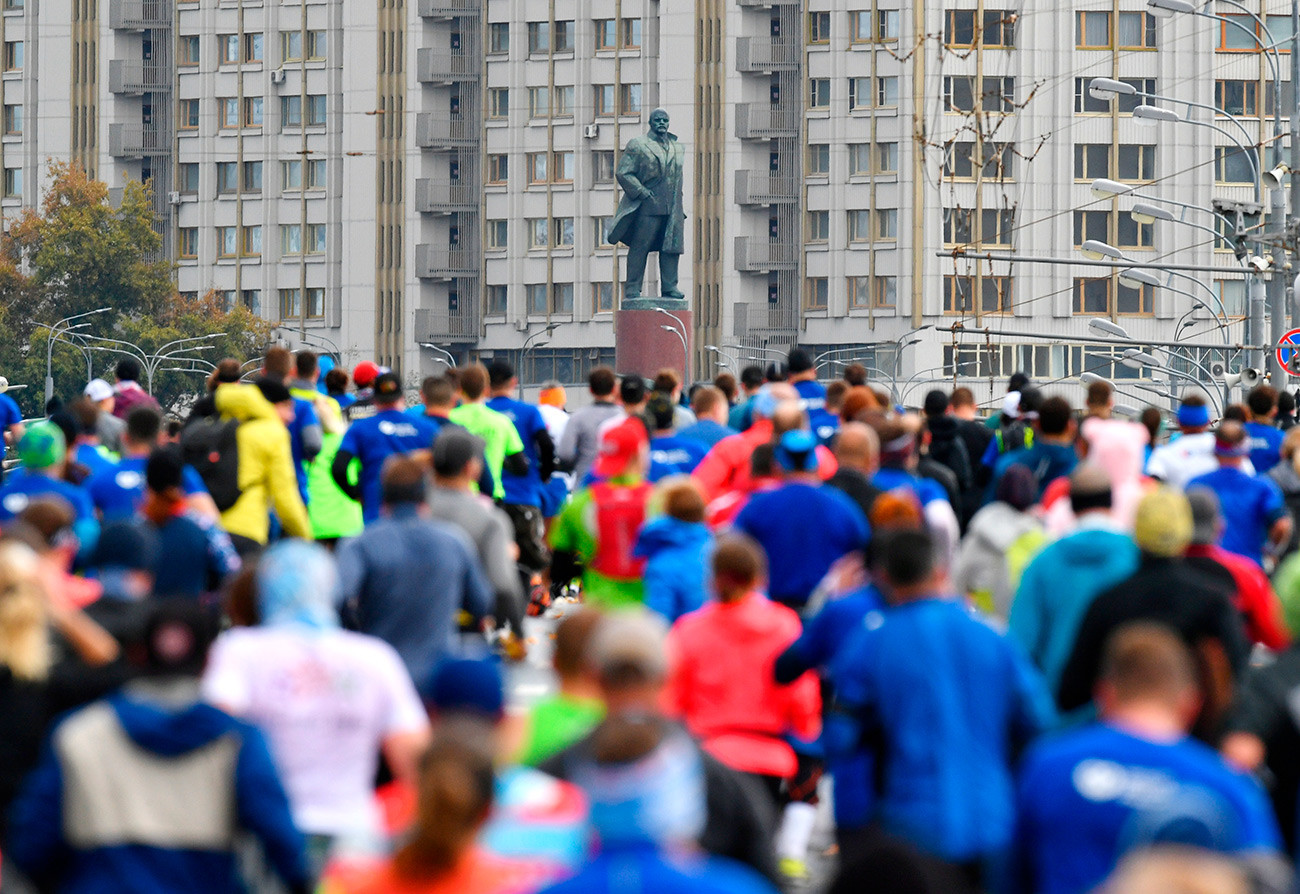 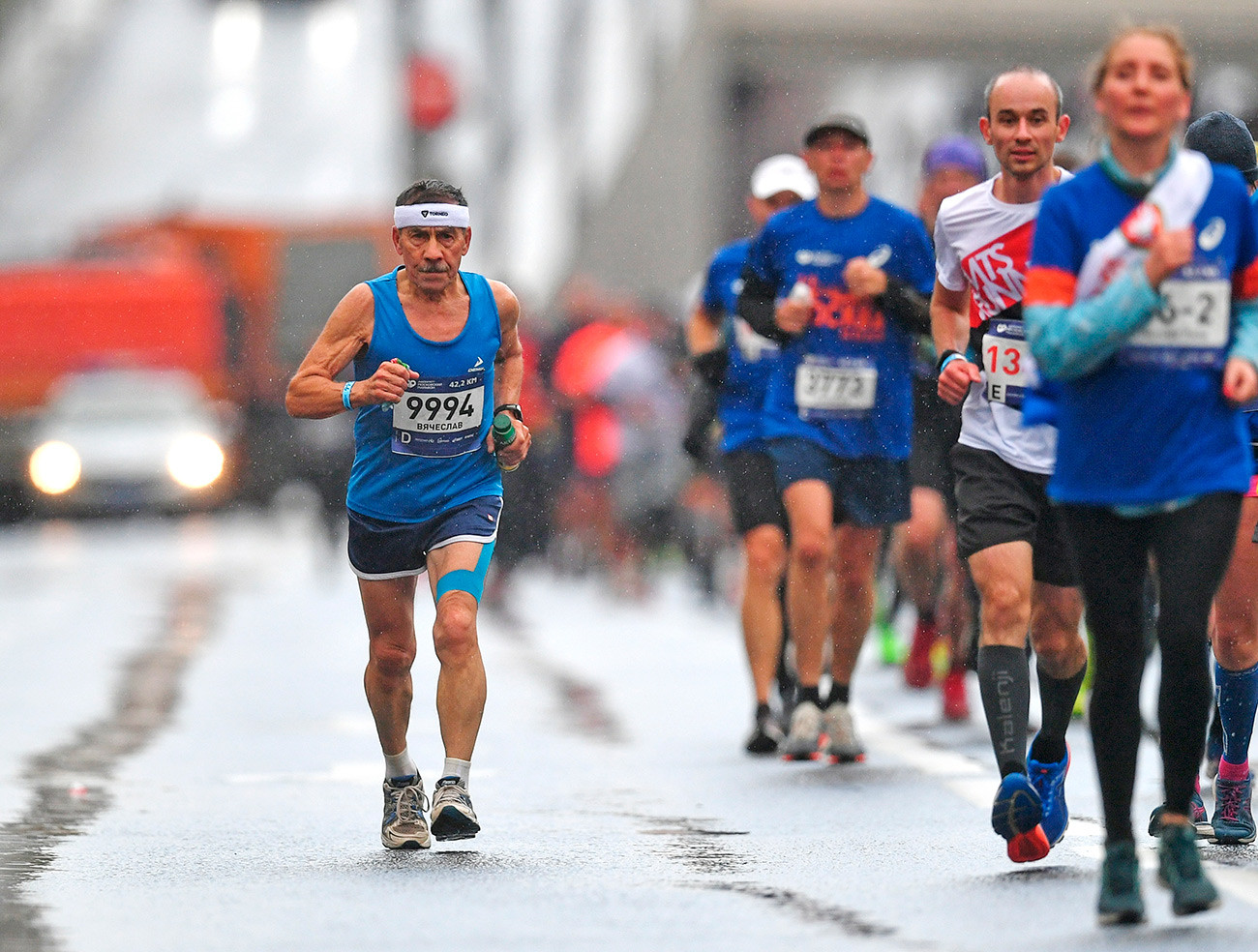 The winners of this year’s marathon were Iskander Yadgarov from Moscow, who finished the route in 2 hours 18 mins 2 secs, and Marina Kovaleva from Omsk, who had the best time among women - 2 hours 29 mins 26 secs. 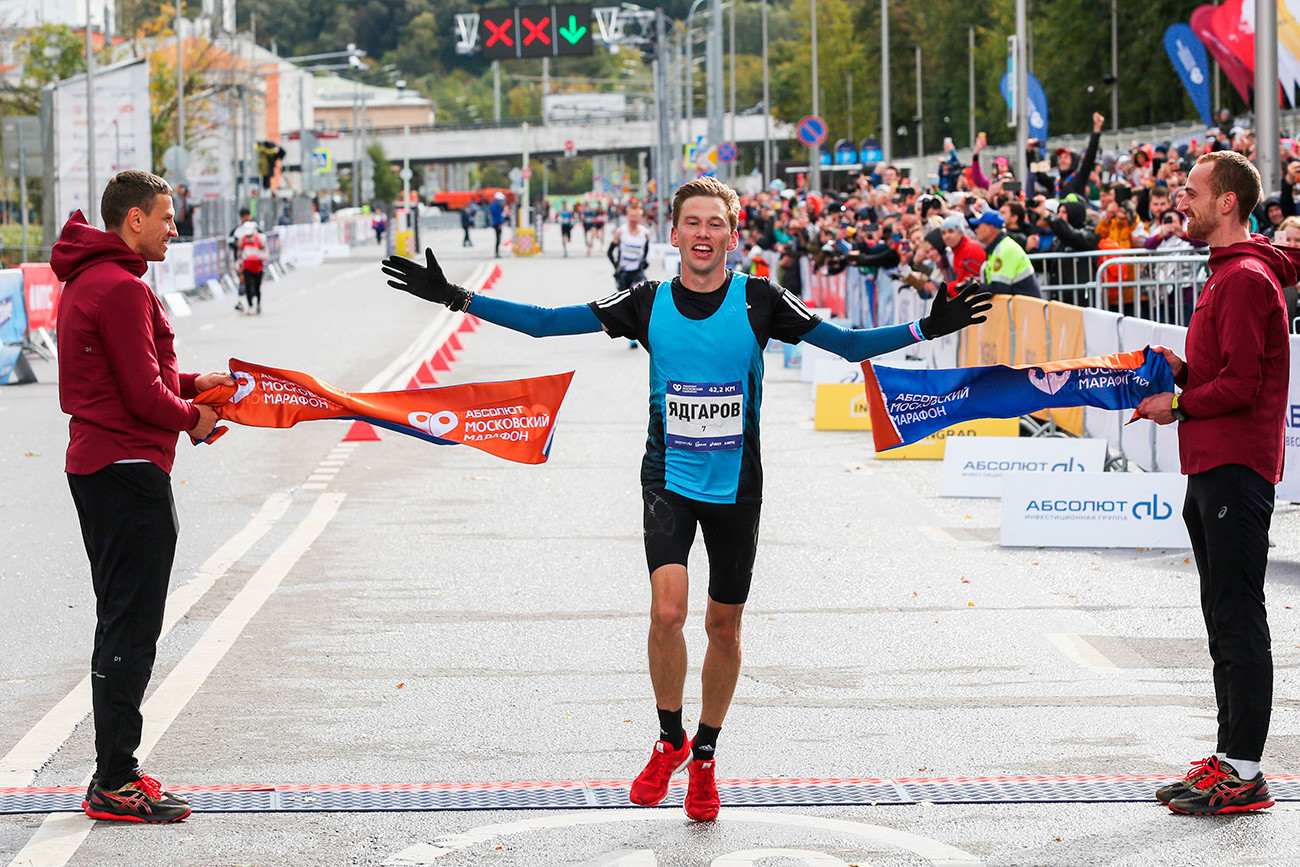 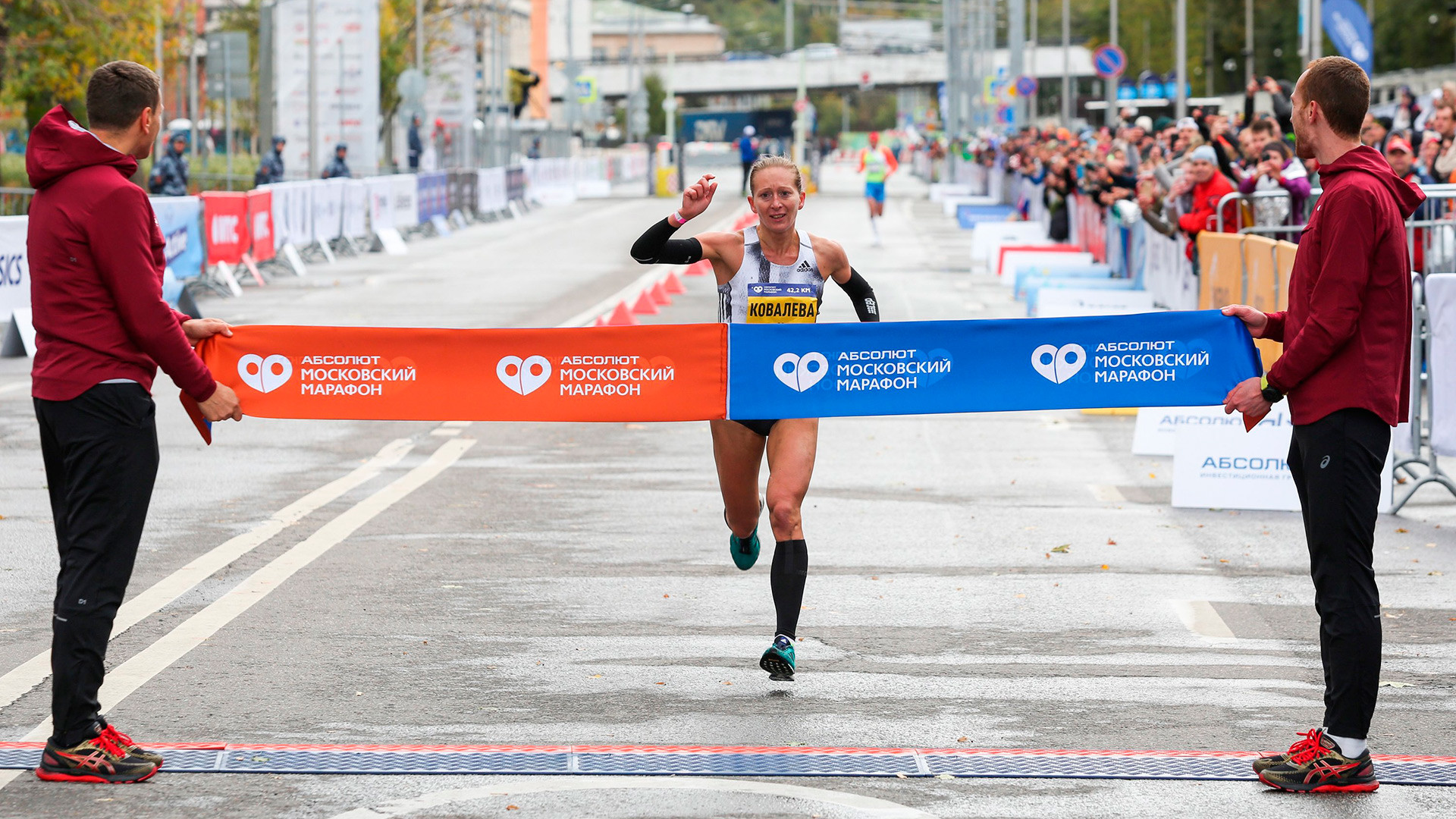 The all-time records, however, were not challenged - the best time of the Absolute Moscow Marathon is still 2 hours 13 mins 40 secs, set by Artem Alexeyev in 2016 and 2 hours 28 mins 31 secs among women, set by Sardana Trofimova.