Keanu Reeves, Jason Statham & other Hollywood stars OWNED these Russian 'phrases'. Can you? 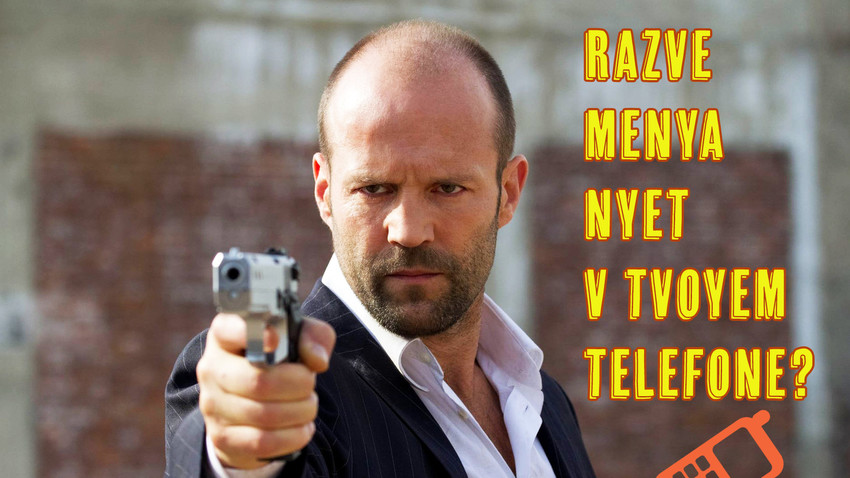 Boaz Yakin/Lionsgate, 2012
Use the iconic phrases to troll your Russian friends. Pozhaluista! 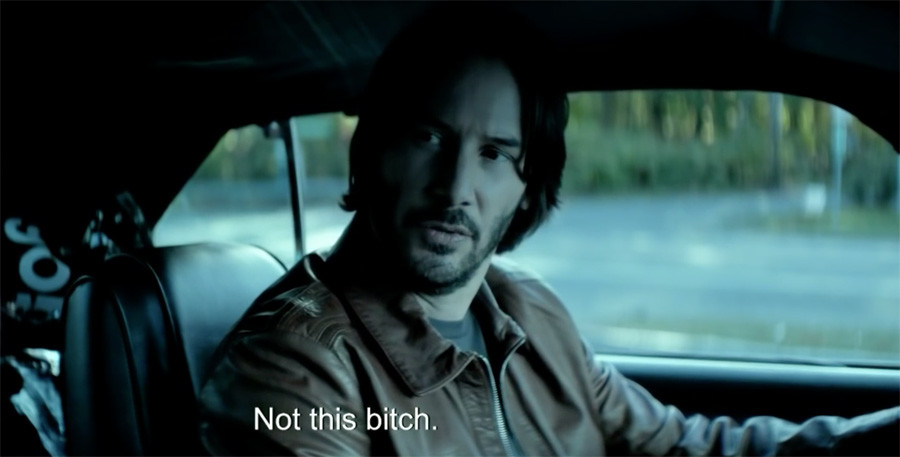 A group of Russian mafia drops by a gas station where the merciless killer fills his 1969 Mustang. One of the hooligans approaches John Wick and menacingly praises his car. John thanks him and gets ready to leave when the bold punk leans against the car’s door and says in an awful Russian accent and grammar: “U kazhdoy suki est’ tsena.” Which roughly translates as, “Every bitch has a price.” John Wick looks unfazed and snaps back: “A u etoi suki net.” Which roughly translates as, “But this bitch doesn’t have one.” Can you think of a smarter reply? 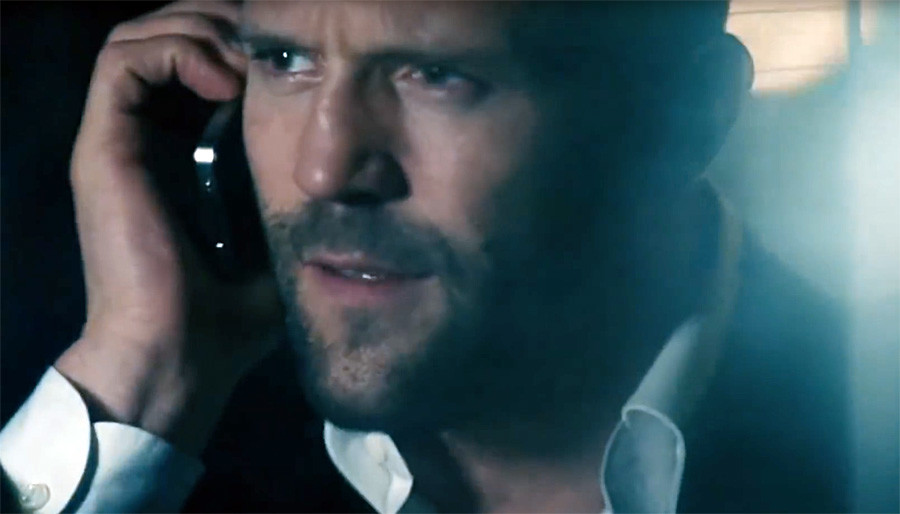 A dead serious ex-agent, played by Jason Statham, is in a race against time to save a genius girl from the hands of the Chinese mafia and corrupt New York cops. While in a taxi, he picks up his phone and screens his call log for ‘Vassily’ (no, we also don’t know why he typed Vassily with double ‘S’).

Vassily does not recognize the voice immediately and Jason Statham is visibly disappointed: “A kak ty dumayesh? Eto Pyotr. Razve menya nyet v tvoyem telefone?” Which translates as, “And who do you think that is? This is Pyotr. Don’t you have my number in your phone?” Now, go find a phone booth and troll your Russian friends the Statham way! 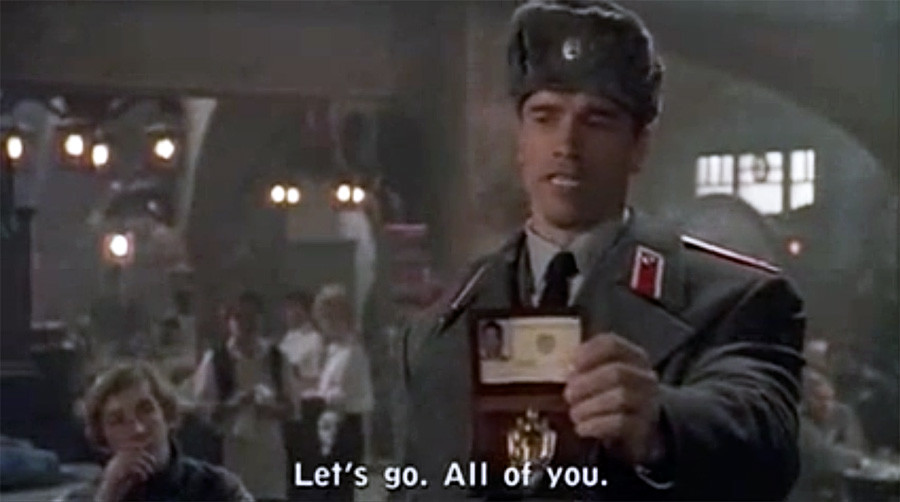 Policeman Ivan Danko is already terrifying enough a character for him to then also speak Russian! But Arnie makes sure he takes the whole Soviet cop character seriously and flashes his badge at a group of Georgians with a spectacular: “Poshli. Vse vmeste.” Which translates as, “Let’s go. All together.”

When one of the narco-dealers dares to challenge Danko’s authority with a typically American phrase: “Gde vashi dokozatelstva?” Which translates as, “Where is your evidence?”, Arnie simply tears his leg off… to produce the said evidence. Enough said.

Two Ukranian immigrants in the U.S., Yuri and Vitaly, transform from petty criminals to major arms dealers, but their treacherous criminal way gets rocky.

The two brothers end up caught in a dramatic moment, when Yuri explains to Vitaly that this is not their battle: “Eto ne nasha voyna!” Which translates as, “This is not our war!” His brother replies with an epic accent: “Pozhaluysta, my zhe brat’ya po oruzhiyu.” Which translates as, “Please, we are brothers in arms.” Honestly, it is impossible for any Russian to watch the scene and not laugh. 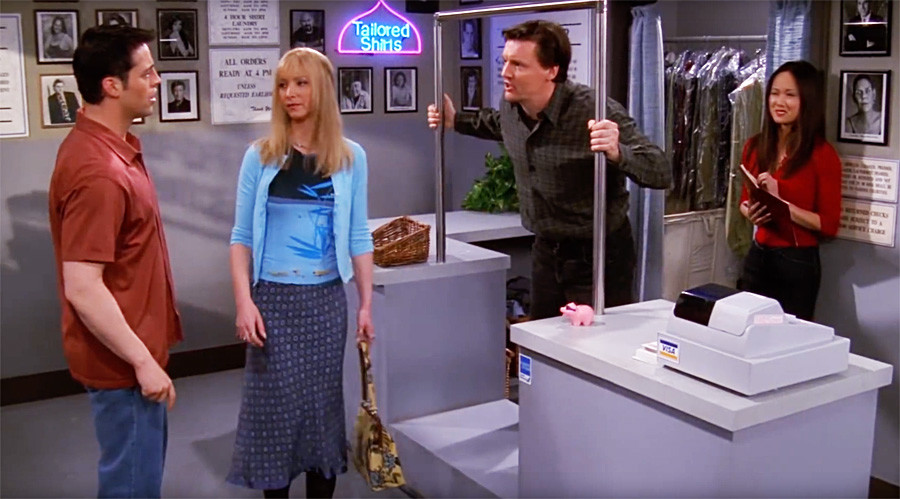 Finally, on a less serious note, Joey Tribbiani goes to a laundromat run by a Russian. The owner puts pictures of famous clientele on the wall, but there’s no picture of Joey. He tries his best to convince the owner, but the Russian remains uncompromising, especially when he finds out Joey’s show was “offensive to Russian people.”

One time, Joey arrives at the laundry cleaners and finds a lady who’s in charge while the owner is off duty. He asks her to put his picture on the wall and promptly takes her out on a date (typical Joey!). The next day, he comes back, only to see his picture has been vandalized. It turns out, it was the owner’s wife Joey had taken out.

“A nu poshel von, kozyol, otsuda! Sechas golovu tebe slomaiu!” yells the Russian, which translates as, “Get out of here, moron! I’ll break your head right away!” Well, we understand the owner’s reaction, despite his ‘Russian’!

Click here to learn everything there is to know about typing in Russian.