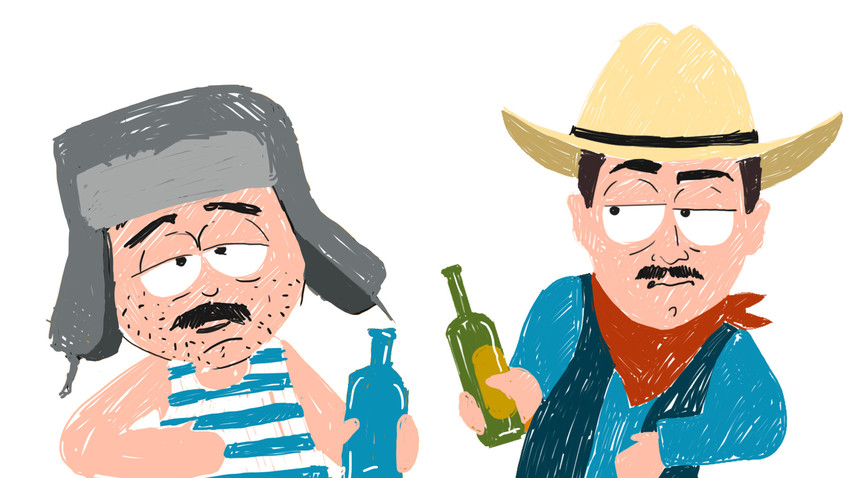 Natalya Nosova
An American living in Russia for three years explores the tasteless xenophobia behind the recent U.S. depiction of Russians.

Did you see that bit on American late-night talk shows where they made fun of women wearing Hijabs in Iran?

No? That’s because it didn’t happen.

How about the time that the media went around mocking Kim Jong Un’s accent?

Wait, that didn’t happen either.

Then why does this exist?

This is how Russians learn to smile for the #WorldCuppic.twitter.com/giqzOZpGiF

Because xenophobia towards Russians is still an accepted and, quite frankly, embarrassing norm in the U.S. I don’t believe this was a malicious sketch, but it was a thoughtless one. It perpetuates an outdated cold-war propaganda narrative that says:

“These people are below us: humorless and unwelcoming.”

It feels as though U.S. media, and Hollywood in particular, took a great sigh of relief after the alleged election meddling in 2016. Like, “Oh, thank God, Americans are scared of Russians again, they were starting to get upset that we were making so many Middle Easterners play bad guys.” This is a twisted aspect of entertainment that should be addressed. No culture, country, race, or religion should be consistently portrayed as the “bad guy”.

Shows like The Americans, that took a genuine and humane look at past conflicts between our two countries, were key in inspiring empathy and understanding between the two nations. Joe Weisberg, one of the showrunners for The Americans, said it best in an interview with the Hollywood Reporter after the finale of the show in 2018:

“Obviously, this show became very timely in recent seasons with the Russia investigation. Ending the series with that story in the news, what would you hope that people take away from The Americans in terms of their view of Russia and Russians?

Weisberg: The show had almost something to say in that regard even though it launched at a very different time, when the United States and Russia were getting along, and therefore it was a comfortable time for this point, which is that we tend to demonize and dehumanize the enemy and fail to even understand that they're human beings like us, and so let's take some people who were the worst of the worst enemies, these godless communist KGB monsters, and demonstrate that they're fundamentally people just like us and we'll prove it. But then lo and behold a couple years in, Russians started getting turned into the enemy again and dehumanized again and not being seen as fully rounded, three-dimensional people, with good sides and bad sides, just like us. So even though it was very different from the original plan, it would be a great time for people to remember that that's a tendency of ours to turn people into enemies and stop seeing people in their fullness.”

It seems as though after the 2016 Election, any progress that was made went belly up and all Russians are back to being humorless, cruel, untrustworthy spies, despite the fact that Americans refuse to accept, or are simply not informed, that it’s actually the American government that has a dark history of extensive meddling in elections around the globe.

Governments have begun to feel like children bickering and our populaces have become those sh*tty parents who take it out on each other, without understanding why their kids were fighting in the first place.

I sat on numerous occasions with my Russian girlfriend watching a movie where the bad guy would be revealed and she’d say, “Of course it is the Russians, again.” And they are often portrayed with very little attention to detail. (Tips for Hollywood: The KGB no longer exists, and Russians don’t say “Nazdrovie”). 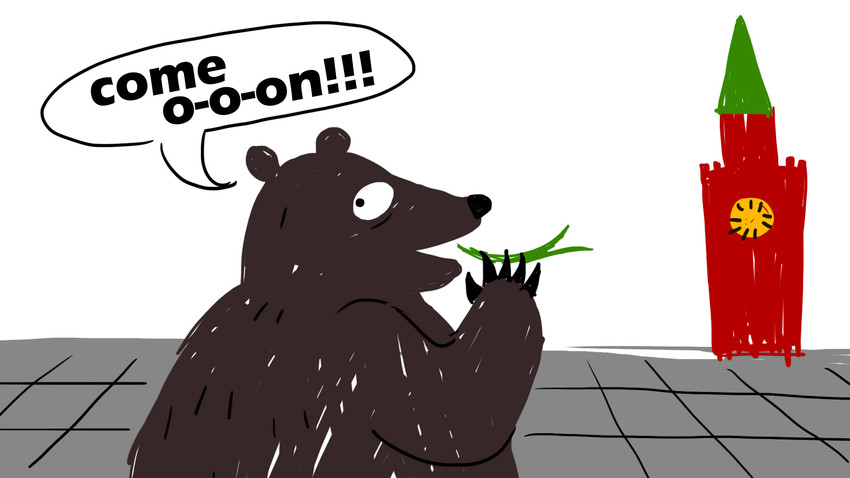 And, on more than one occasion, I’ve had Russians ask me straight up, “Why do Americans hate Russians?”

That should never be a question asked by one populace to another. Governments have a responsibility to their people, but at the same time, people have a responsibility to themselves: to think for themselves and act accordingly. There are no good countries or bad countries. There are good and bad people, and that is an individual choice that should be made and judged individually. It seems that even with the omnipresent nature of PC culture sweeping America, Russians are the only ones who haven’t been taken off the table.

In films, instead of showing the stunning architecture ubiquitous in Russia, Hollywood chooses to portray the darkest corners, dingiest streets, and most run-down apartments, driving home a message over and over and over:

“Russia is a dark scary sh*thole.”

It’s no wonder that people accept this, with ‘journalists’ like Josh Barro, who writes for a number of major U.S. publications, openly bashing Russia on twitter:

Russian state media calls me out for my twetes pic.twitter.com/mL8qhIpulL

These remarks would have ostracized him from all news outlets, if they had been made at the expense of any other country. Yet, America has made it clear: the media will shun you for making xenophobic comments in public, unless they are about Russia (or if you are the president of the United States).

And now that a scandal has begun between President Trump and Ukraine, I am seeing people mocking Volodymyr Zelensky in similar ways, and suddenly I’m seeing Ukraine being referred to as an ex-Soviet country (as though mixing in a little USSR can make anything even more sinister!).

If journalists want to do their job and discuss real issues in Russia, Russians will be first in line to contribute to the debate; Russia, like every country (including the U.S.) has problems, but the rhetoric surrounding Russia over the past three years in the U.S. has been nothing other than bigoted tasteless xenophobia, plain and simple.

This is not only a social issue; this xenophobia impacts freelancers, agencies, and companies big and small. Despite having some of the most talented programmers and designers in the world, Russians struggle with finding western clients and are often treated like a love child kept in the basement, because companies don’t want to be associated with Russia.

Just look at FaceApp. One day, every American was saying, “LOL, look at what I look like when I’m old!”

And the next day, “Don’t put my picture on that thing! I don’t want the Russians to have my photo!”

Are you kidding me?

Americans will sign away their soul to the devil for a few ‘likes’, but not the Russian Devil, he can’t be trusted. Plus, didn’t you know? Russian Hell is a cold dark sh*thole full of bears. So many bears.

This rhetoric is self-inflicted propaganda. The Russian people deserve better.