5 habits Americans should learn from Russians

Lifestyle
Benjamin Davis
Our American author living in St. Petersburg finds these things are extremely helpful and can make your life easier.

After living in Russia for three years, I couldn’t help picking up a few habits. Lucky for me, all of these habits totally changed my life for the better and all Americans could do with picking a few of them up.

1. Take your shoes off indoors 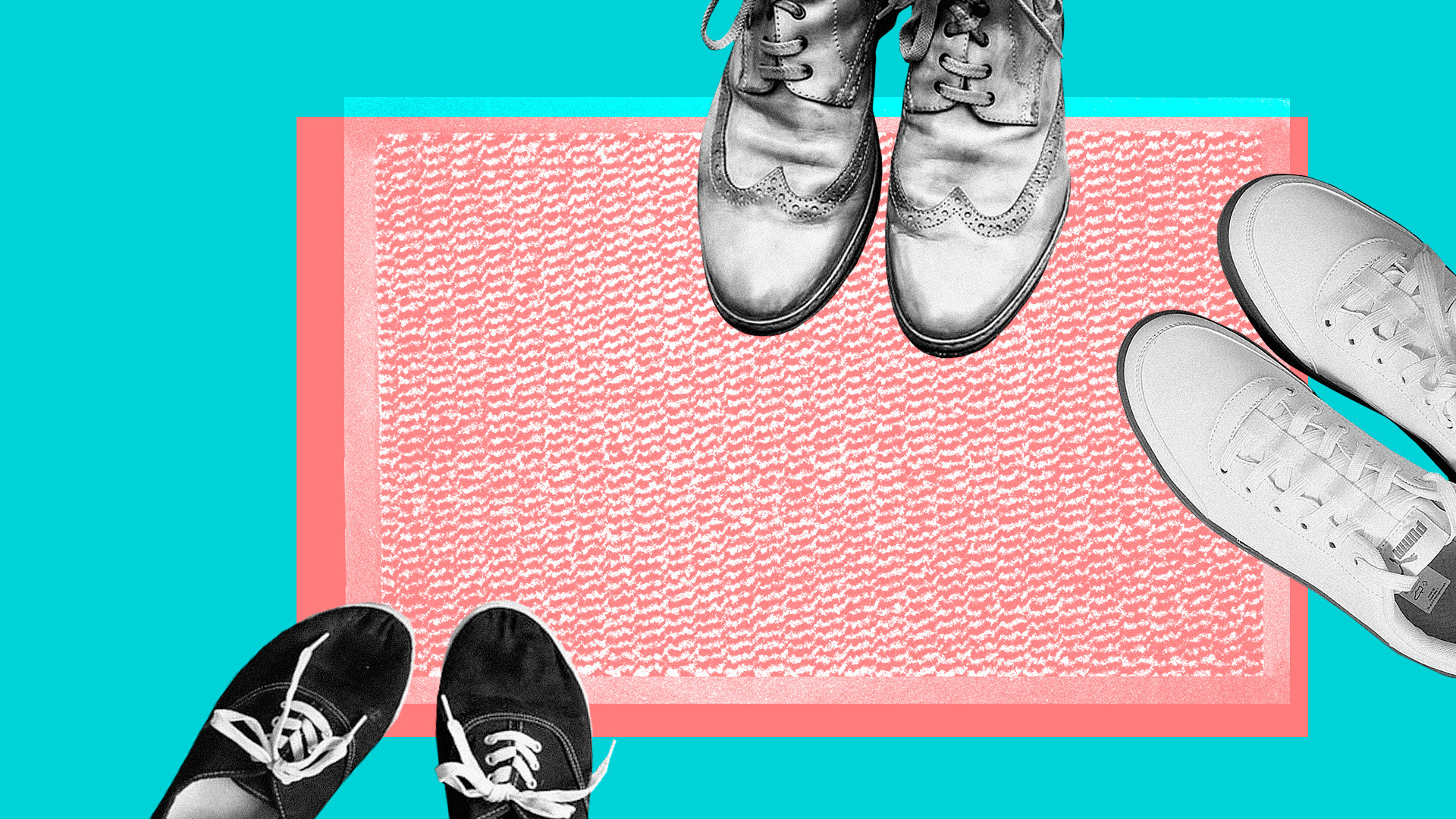 This is not a strictly Russian habit, you can find it across Asia and peppered in and amongst the homes of cleanlier people, but it is a habit that I do not find often in America, yet have experienced everywhere in Russia.

It took me a long time to get used to this and when I started living with Russians it became a clear point of contention. And, prior to that, when Russians would visit me, they’d come in, look at me standing in my kitchen, look at my feet, and give me such a confused and horrified look like, “Holy crap, it’s True! Americans are filthy heathens!”

Russians take this a step further, often washing their hands when they enter their, or someone else’s home. My friend Ivan came to my apartment early on in my time in Russia and washed both his hands (and feet) and found me in the kitchen in my boots. He said, “Holy crap, it’s True! Americans are filthy heathens!” And through the look on his face I realized that this wasn’t a preference, or a cultural difference, I was just straight up wrong.

There was no real logic to dirtying up my floors every day, so over time, I made the transition. My floors are cleaner, I feel more relaxed when I get home, and I no longer get dirty looks! Though I haven’t taken it as far as my Russian friends where even if they have to run back in really quick to grab something, they’ll take off their shoes. I’ve just upgraded to semi-filthy heathen. 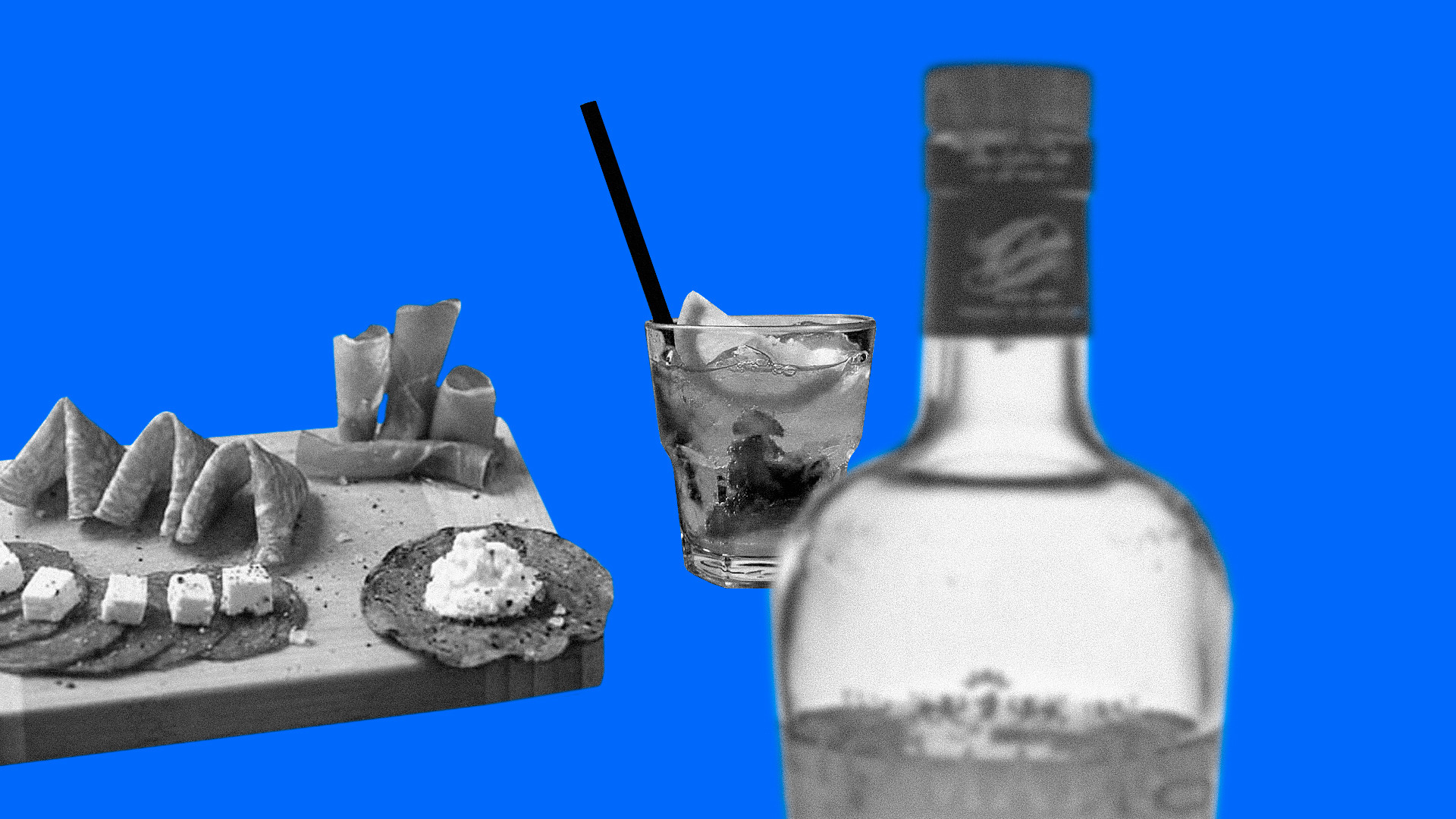 I have written more extensively on How to Drink with Russians, but this is one Russian habit that everyone in the world should pay attention to. Often, when Russians drink, they also eat snacks of some sort. Typically, heavier snacks with breads and meats and cheeses.

Coming from America, where drinking snacks are mostly whatever you can order at 2 a.m. once you’re already trashed, this habit is desperately needed. I rarely have gone drinking with Russians where they lose control and end up spilling their guts all over the sidewalk.

I don’t always agree with the food choices however, for example “Holodets” is prison food for delinquent housecats, and however much my friend Andrey insists canned slimy fish on buttered-black bread is delicious I will go to the grave assuming that someone confiscated his taste-buds long ago. 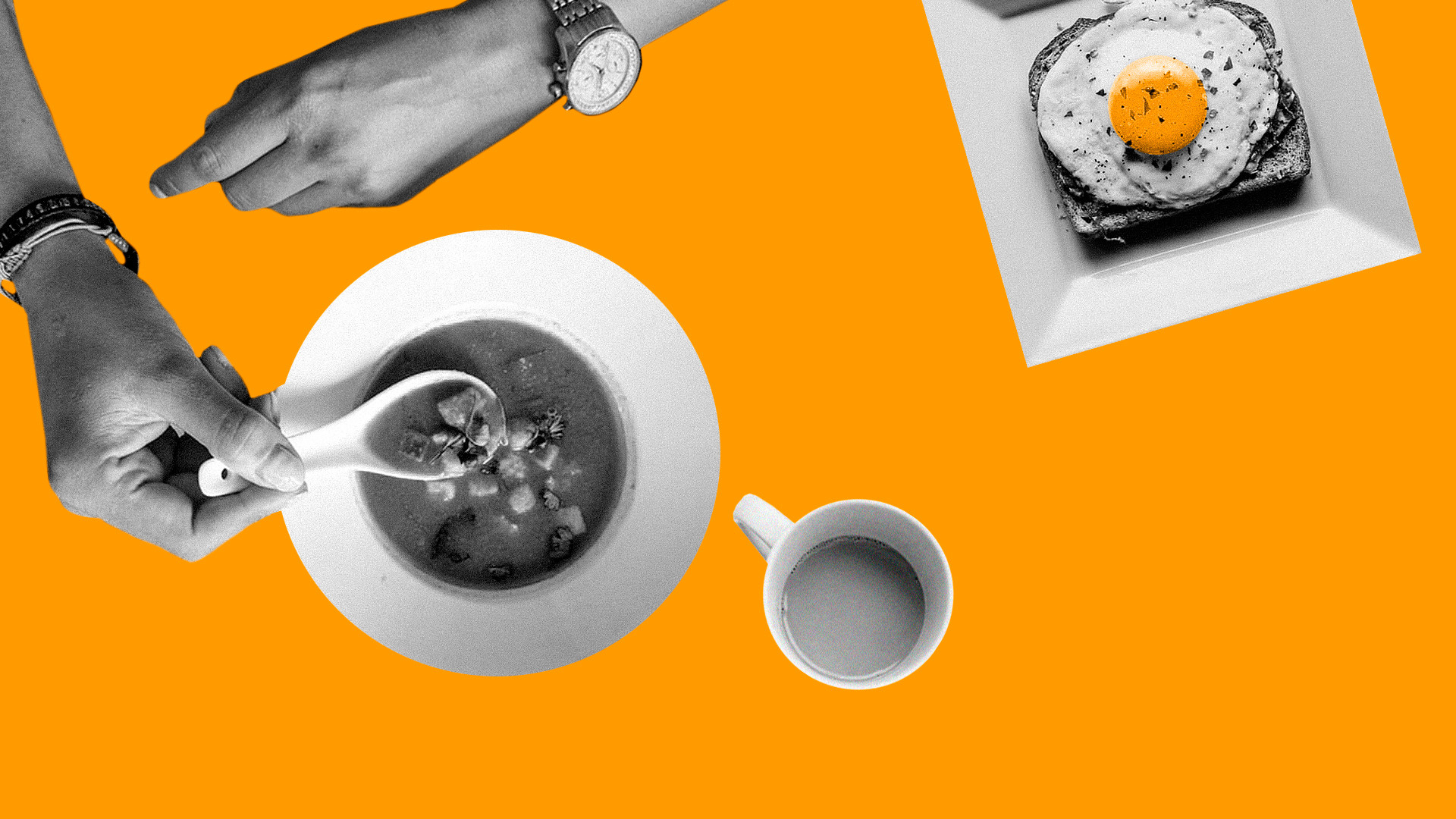 This is a very important habit that Americans desperately need to learn. Russians, in general, are not wasteful. (Perhaps oligarchs are? But I don’t know any oligarchs).

I have very rarely seen a Russian not finish the food on their plate. They have a secret. It is an ancient secret passed down from generation to generation of wise Russian monks: don’t give yourself massive portions of food. It’s revolutionary, I know!

In restaurants, cafes, breakfast, lunch, dinner, it doesn’t matter, food in Russia is much more reasonably portioned. And starvation is not a distant memory for many Russians, especially in St. Petersburg, where a number of friends have grandparents who lived through the Siege of Leningrad and instilled in them an appreciation of food that everyone in the world should learn from if we are going to continue to have food. 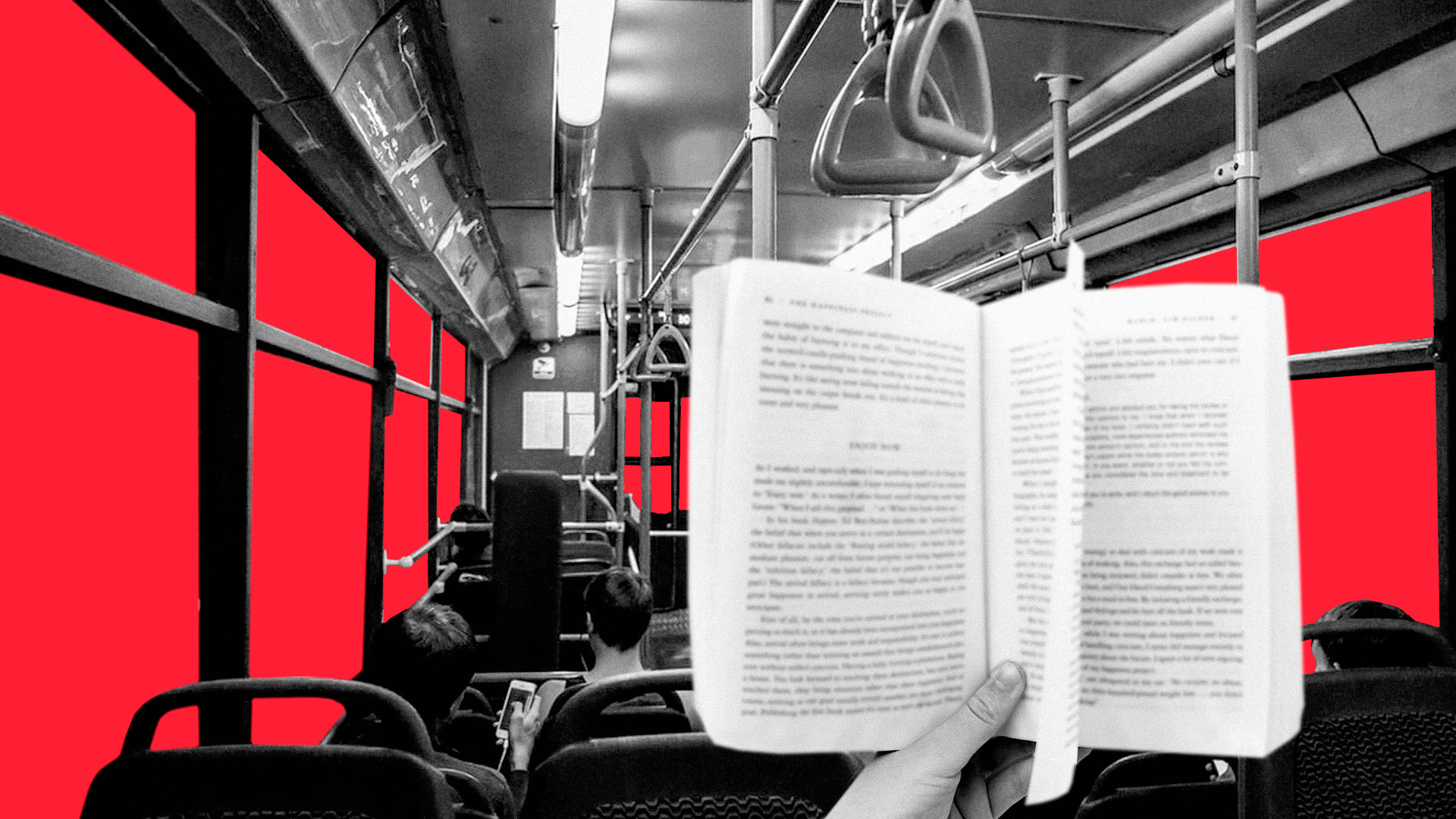 America has this weird war going on with intelligence and education. There is a lot of snide negative propaganda towards the “intellectual elite” or the “intelligentsia.” This has created a hall pass for anyone in America who wants to just shout things without educating themselves first.

Americans have been reading less and less and less every year, while Russians have maintained their status as one of the most well-read countries in the world. Most Russians I have met are at the very least well-read and thoughtful, and many have some passion or another that they continue to educate themselves on. Russians also talk a lot more, and yell at each other a lot less (depending on the setting.)

A friend told me that Russians even have a phrase for when someone turns you on through a meaningful conversation: "есть о чем потрахаться”, literally translating as “something to f*ck about with” (the F word substituting for “talk”), but also often used to denote a potential sexual interest that isn’t just a hot body. Americans could learn to be more thoughtful, and if I went to an American university and told them that Russians have a phrase for turning someone on through meaningful conversation, I’m sure I’d hear at least one response of, “hah—yeah, like dirty talk!”

No, Brad, not dirty talk. Go to your room.

5. Bring something if you are a guest 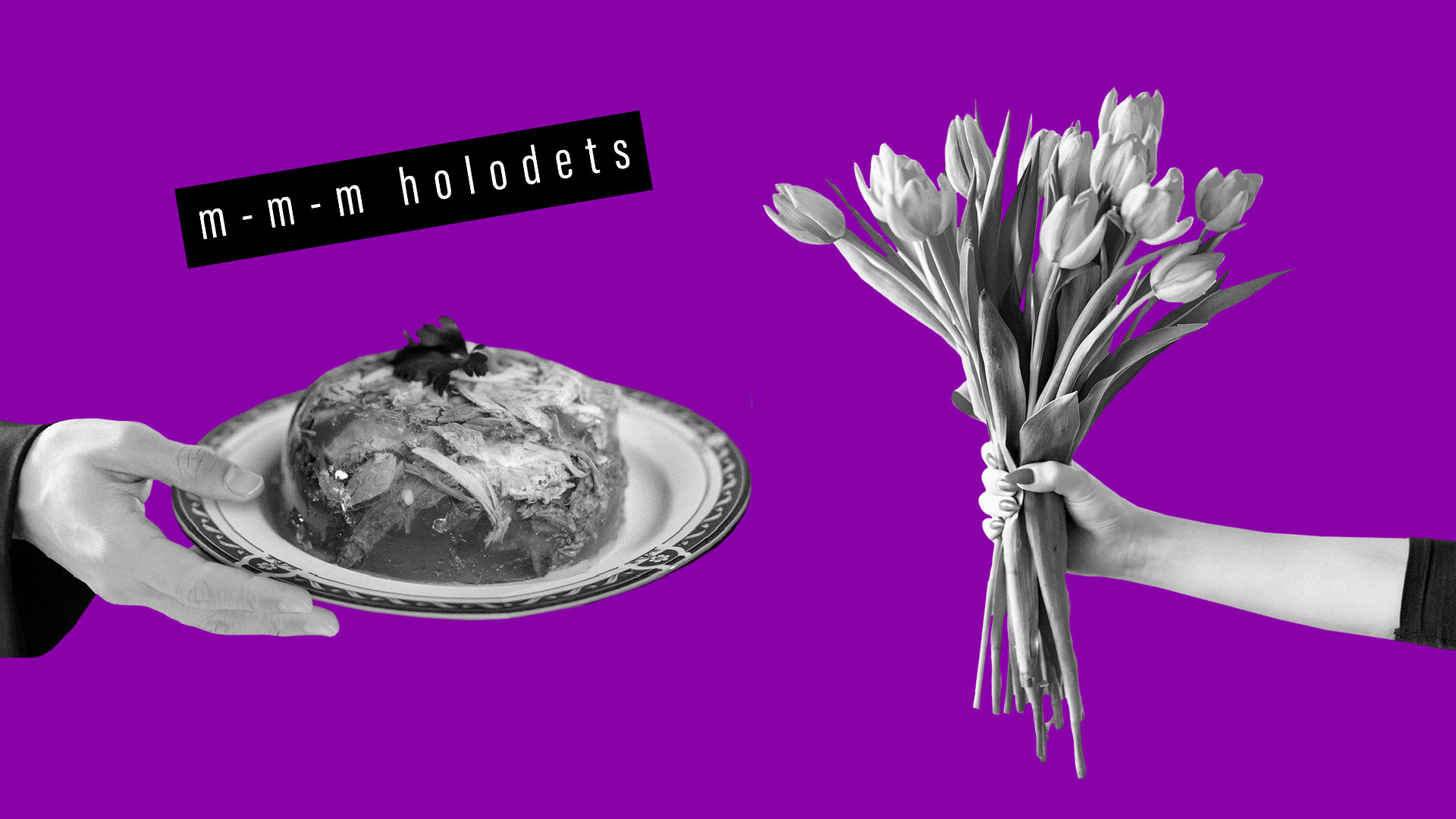 This Russian habit makes so much sense, the rest of the world needs to get onboard as soon as possible. Whenever Russians visit someone’s home for a party, a dinner, or just to visit after a while apart, they bring something. It could be fruit, snacks, alcohol, flowers, anything, but it is brought as a “Thank you for having me in your home.”

I’ve had all sorts of things get placed on my table; baskets of oranges, peaches, pears, apples, grapes, bread, wines, beers, nastoyka, cheeses, on and on. Not only is this polite, and a pleasant surprise, it is also super convenient for the person having others in their home. You never know what odds and ends will be available and don’t have to stress as much. Every time this happens, I always feel grateful…except when someone brings that horrifying snot-pudding - holodets.

Drinking a crapload of tea. Tea is great. Russians drink boatloads of tea. Everyone should drink more tea. This seems more of a Russian compulsion than a habit, but it is great for nearly all occasions. It sobers you up, calms you down, helps you digest, and keeps you warm in the wintertime.

*Apologies to all holodets aficionados.