What are the actual dangers of the Russian FaceApp to your privacy? 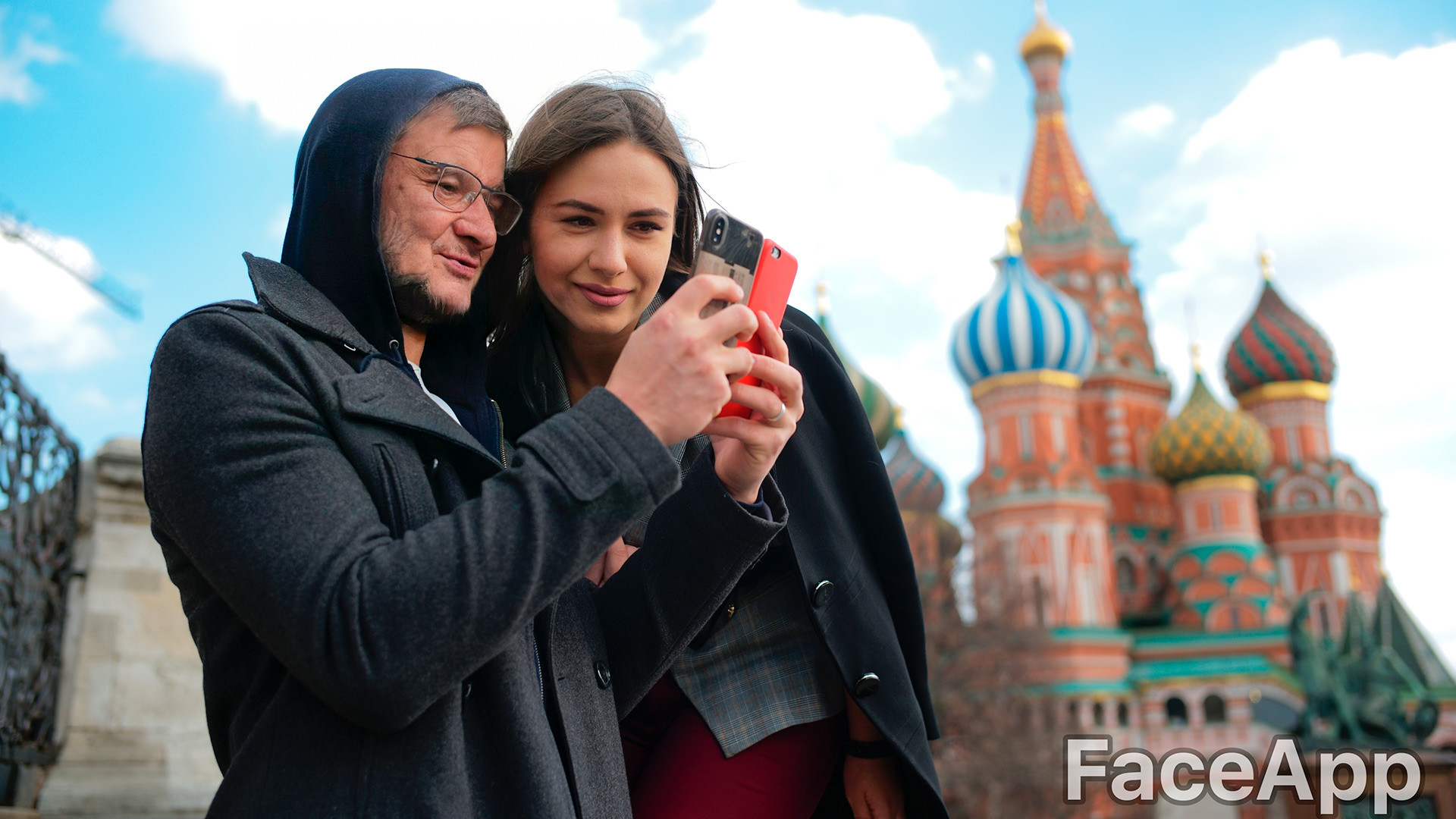 Sergey Pyatakov/Sputnik; FaceApp
You’ve all by now heard of the Russian-made app that does an amazingly realistic job of making you look old and wrinkly. Well, then you’ve also woken up to a barrage of privacy concerns in the news this morning. Are “Russian hackers” stealing your data? And what sets FaceApp’s privacy policy apart from that of Facebook?

Who’s behind the app, and what does it do?

The face behind FaceApp belongs to Yaroslav Goncharov - a graduate of St. Petersburg State University. Goncharov in the past was the technical director for SPB Software, which makes apps and games for mobile devices. In 2011, SPB was bought out by Yandex for $38 million, with Goncharov leaving the company in 2013 and founding his own - Wireless Lab.

Wireless Lab’s work centered on a number of projects focused on neural networks, but FaceApp became the frontrunner. AppStore took it up quickly in January 2017, with an Android version coming out a month later. By April, FaceApp really exploded, shooting to no.1 at the AppStore in the U.S, UK and other countries.

The app has proven effective at turning people old in remarkably real ways, but you can also add facial expressions and even change your gender. There are add-ons: you can change hair color, add makeup, facial hair and all kinds of additional filters for extra fees. Some of them Goncharov even faced accusations of racism for - such as the ‘hot mode’ filter that people complained had made faces appear distinctly European.

So I downloaded this app and decided to pick the "hot" filter not knowing that it would make me white. It's 2017, c'mon guys smh#FaceApppic.twitter.com/9U9dv9JuCm

Then there were the ‘ethnic’ filters to make you more “asian”, “black” or whatever other race. These were also deleted following the same public outrage.

So this app is apparently racist as hell. But at least I'm sassy. #faceapphttps://t.co/I0L4yWWXaVpic.twitter.com/v1ME8H8seP

Does FaceApp pose a greater risk to your privacy than other apps?

The app’s privacy policy states that it collects your location data, as well as your web history. It also knows what other apps you’re using and the devices you use to access them, as well as having access to your photos, naturally. That includes Facebook. The latter only applies if you’re using the social network to log on. The app also lists cases where “other” personal data might be used, but doesn’t list them.

Y’all just granted them a royalty free licence to alter, use, publish & distribute your face & name- it’s in the small print yo!

The developers claim that the app won’t pass on your private data to third parties, and that it’s not personalized on its servers. Despite that, your information will still be used for advertising purposes and given to “partners”. Apparently, that was enough to raise alarms of a possible involvement by Russian hackers. U.S. Senator Chuck Schumer went as far as to ask the FBI and the Federal Trade Commission to check FaceApp for any national security threats.

-“You grant FaceApp a perpetual, irrevocable royalty-free license to use, adapt, publish, distribute your user content in all media formats when you post or share”
-"hackers (and Russian gov by proxy) can cross-reference your face and phone info w the websites you’re using 2/3

That being said, FaceApp’s privacy policy is really no different to that of Facebook or Instagram. So it really comes down to personal responsibility and personal habits - there is nothing inherently threatening about the app that should be new to anyone who uses social media. Goncharov did not respond to Russia Beyond’s request for a comment, but told Forbes that "We only upload a photo selected by a user for editing. We never transfer any other images from the phone to the cloud."

"We might store an uploaded photo in the cloud. The main reason for that is performance and traffic: we want to make sure that the user doesn't upload the photo repeatedly for every edit operation. Most images are deleted from our servers within 48 hours from the upload date," he said, adding that users can also request that all their data is deleted, using the settings menu. A faster way to do this is to contact support and report a bug, using the word “privacy” as the subject line.

The myriad ways people have been having fun with FaceApp

The now famous #faceappchallenge hashtag was approaching 119 thousand as of 3PM Moscow time on Thursday. Russians have been putting their own twist on things.

Russian celebs have also joined in the fun: famous TV host and former presidential candidate Ksenia Sobchak is one.

She also put President Vladimir Putin through its filter - as well as prime-minister Dmitry Medvedev and the Kremlin’s press secretary Dmitry Peskov.

You’re no doubt familiar with the Koren boy band BTS, whose lead singer Kim Seokjin can be seen here.

And here’s Spiderman… provided he lives to 2099.

And who could imagine using FaceApp without having a little fun with Game of Thrones!

A graphic designer from Morocco even used the app to make a fake ad for Nivea.