How Russians changed my life: Simon from Austria

Lifestyle
Simon Mraz
Sebastian Bolesch/Personal archive
«I think that Russian friendship is something that can inspire». 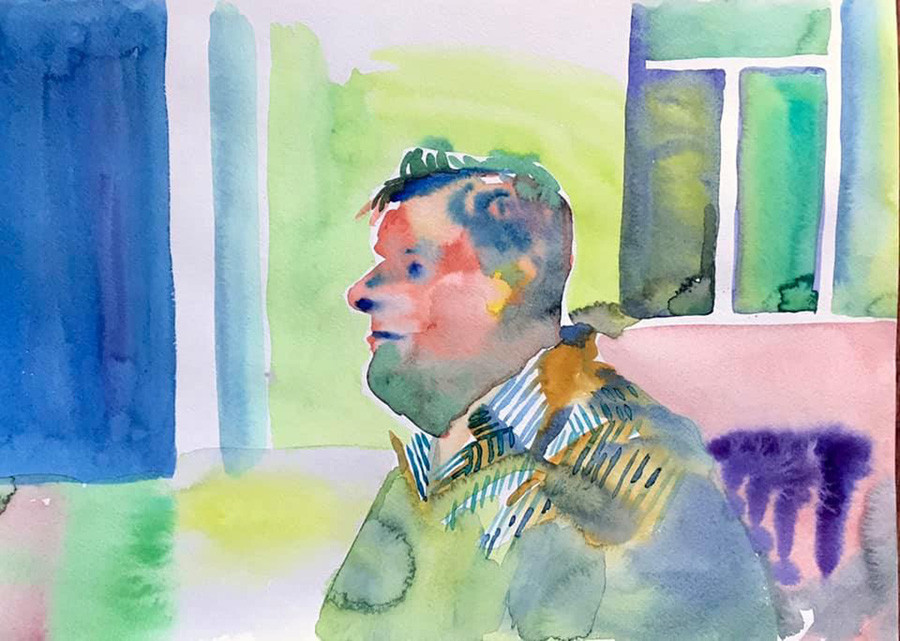 courtesy by the artist

There is one story that I remember from my childhood. It was the first mention of Russia and it somehow stuck in my head. I was very close to my mother’s grandmother. And at some point, when I was still at school, she gave my mother a small metal cross that was in our family. After WWII, when Vienna was divided into different sections, one of them was under the control of the Red Army. So, my mother’s grandmother had a little gardening company growing vegetables. She spoke Czech fluently (as you might know, Simon is a Czech name). So, when the soldiers came, my great-grandmother was able to communicate with them somewhat. At the time, my mom was still a little girl. And soldiers were always giving her sweets they were taking from the nearest store. My mother had very fond memories of them. One Russian soldier even helped to renovate the garden that had been damaged during the war. And before going home, he gave my great-grandmother a simple little cross. It’s very touching when you have not only memories, but an object that you can physically hold in your hand. This story stuck in my head long before I even started considering going to Russia. And I still have this cross. 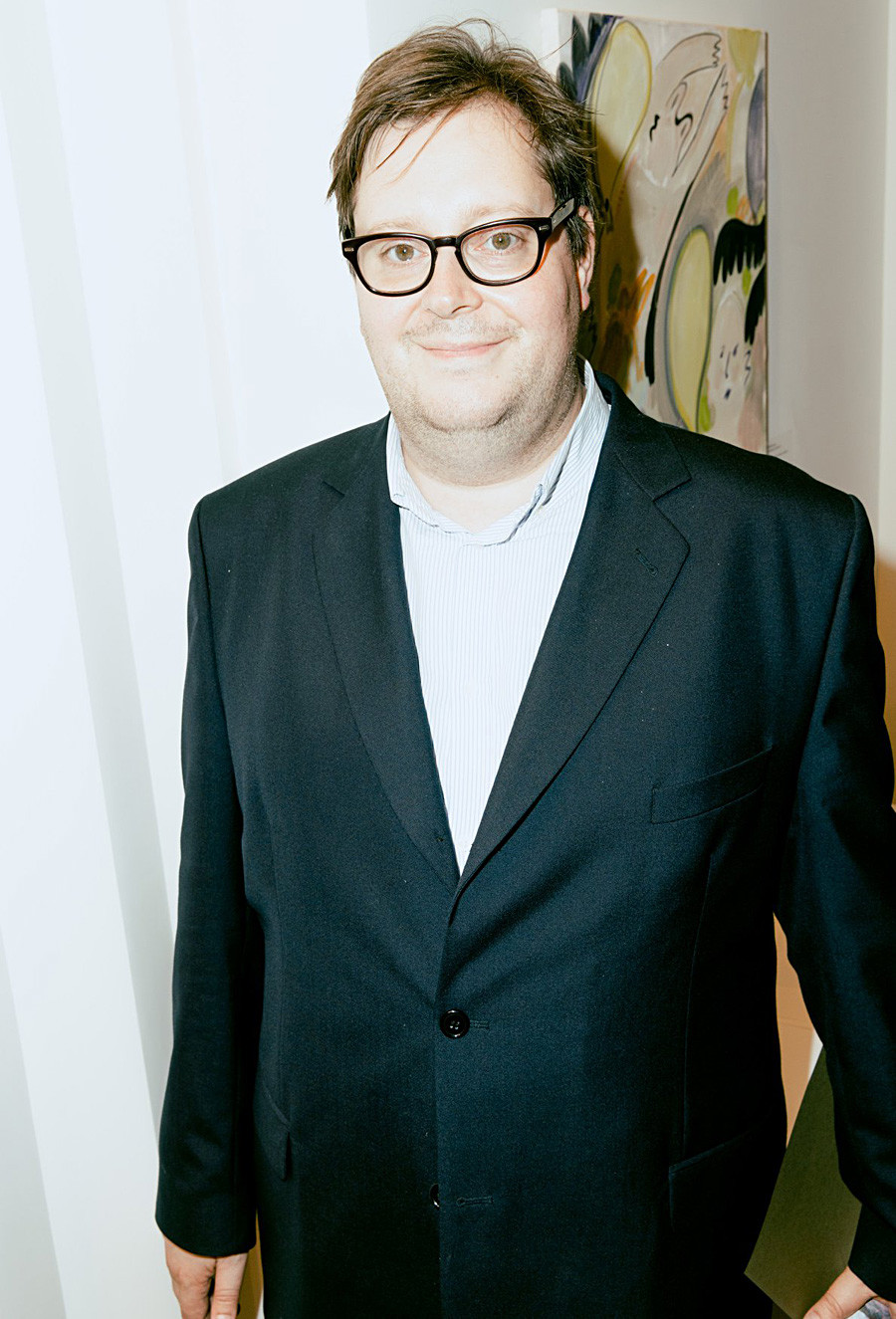 While I was still studying art history, I worked at the Dorotheum auction house in Vienna. From 2006-2008, I was working at the Old Master painting department. At that time, there were a lot of Russian clients interested in this category. So, those clients who were coming to pick up a certain artwork were very nice and interesting people. They were the first Russians that I got to know. At the same time, thanks to my job, I got to know Oleg Ksenofontov, the director of the Russian Science and Culture Center in Vienna. When we first met, he came off as very kind and friendly. He was telling me about Russia, about his job; he even offered me to take some Russian lessons. Those were my first lessons in the Russian language at the Russian Culture Institute in Vienna. After that, the Dorotheum sent me to Moscow to meet some clients. Through this job, I met some people working at the Austrian Embassy in Moscow, which led to my work here. I remember how, in 2008, somebody told me there was a vacancy for 8 months.  I ended up staying for 10 years!

Stereotypes before coming to Russia 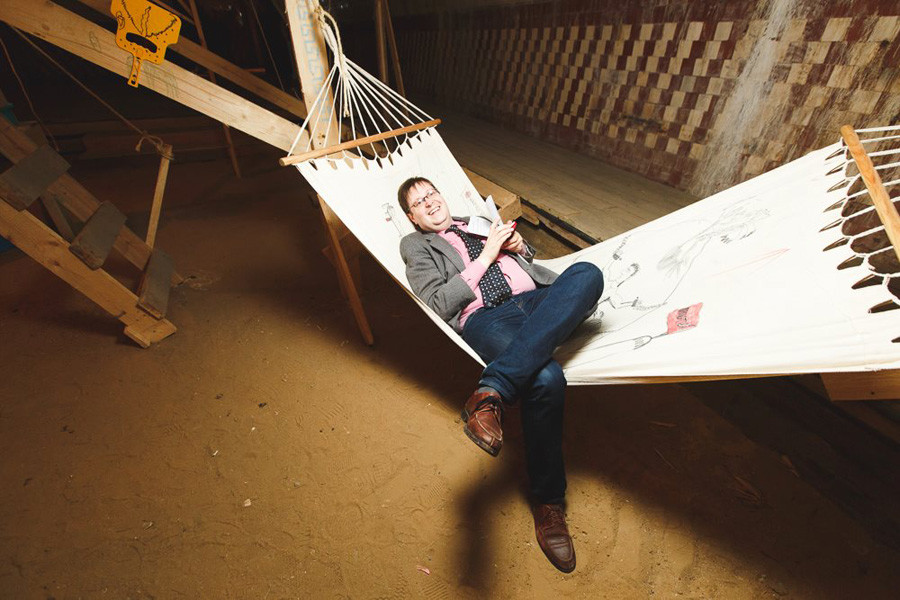 I grew up in a place some 30 kilometers from the border with the USSR. And during my childhood years, my world ended at that border. But behind it, there was something strange. Not something that you were afraid of, but something unknown and strange. For my parents, it was a somewhat dark territory, but not for me as a kid. Back then, I thought of neighboring countries as some different places. I remember that in my school, there was even a chance to learn Russian as a foreign language! Today, information is far more accessible then when I was 16. During my student years, I lived for some time in France and Italy. And before coming to Italy, I had no stereotypes about Italians or the French. Neither had I any before coming to Russia. Fortunately, I was educated in a way that it was hard to fall for flat and simple notions of people, which are essentially stereotypes. And I think most of them are out of date these days. Things like “Russians drink too much vodka” are plainly stupid. You have to dig deeper into the history and cultural identity. Most Russians that I met in my Dorotheum years were very interesting people; they made me curious to come here.

Most memorable first meetings in Russia 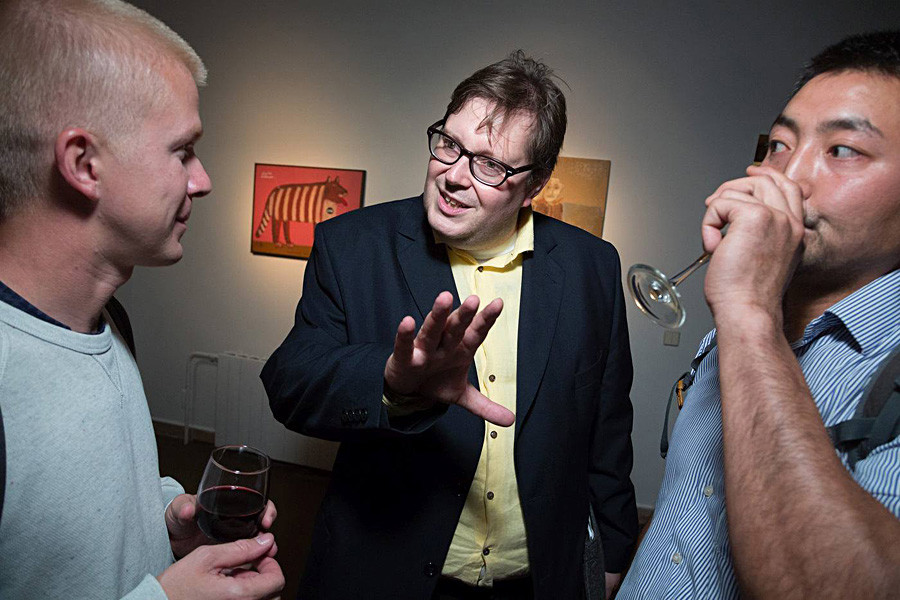 My first visit was in 2005. Martin Vukovich, the father of a friend of mine was the Austrian ambassador to Russia at that time. He was a famous Austrian diplomat who knew very much about Russia, a very respectful person. I am a good friend of his son, Klaus. So, they asked me to be a witness at Klaus’ wedding in Moscow. I remember the huge pile of suitcases at Sheremetyevo airport and I had no idea how to find mine. I also remember a crazy crowd of taxi drivers waiting at the exit from the airport. There were no other options to get to the city. And a guy like me was a perfect victim for those drivers. I remember one of them wanted to charge me $200 to get into town. And the funny thing was, I didn’t have that kind of money back then, as I was still a student with no job. So, instead, I looked to where the Russians were going, and saw there was some “marshrutka” (shuttle bus) they were all taking.  And all the people in the line told me I was better off not doing this, that I should take a taxi, after all. I think I spent two hours waiting at that bus station and finally, some lady helped me to get on the shuttle bus and ended up getting a free ride. It was really a challenge and I was incredibly proud of myself. This first visit was full of impressions. I remember the enormous Moscow Hotel was still standing and a plastic cow standing in front of the Mu-Mu restaurant on Arbat Street. It was back in 2005. 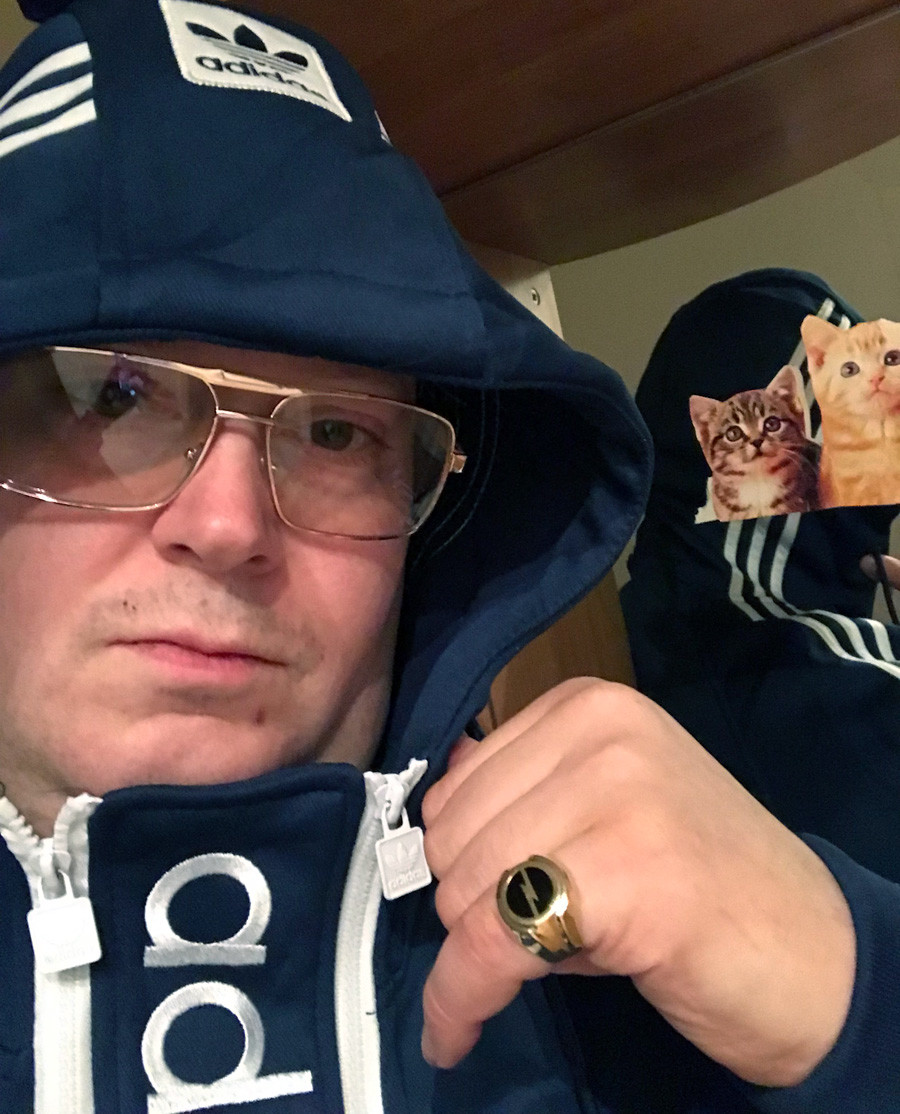 It was Maxim Reingold, who was a cousin of a big art dealer. He helped me to find a Moscow flat in the House on the Embankment. He was very kind and friendly; he often invited me to his place during my first weeks in Moscow. Another good friend with whom I am still in touch with is Alexander Rytov, director of the Stella Art Foundation. He really supported my work in the very beginning and helped me a lot. The Tretyakov Gallery will soon host an exhibition of works by Austrian artist Hermann Nitsch; and I remember how in 2010 we brought his works to Moscow for the first time, together with the Stella Art Foundation.

The way Russians can surprise 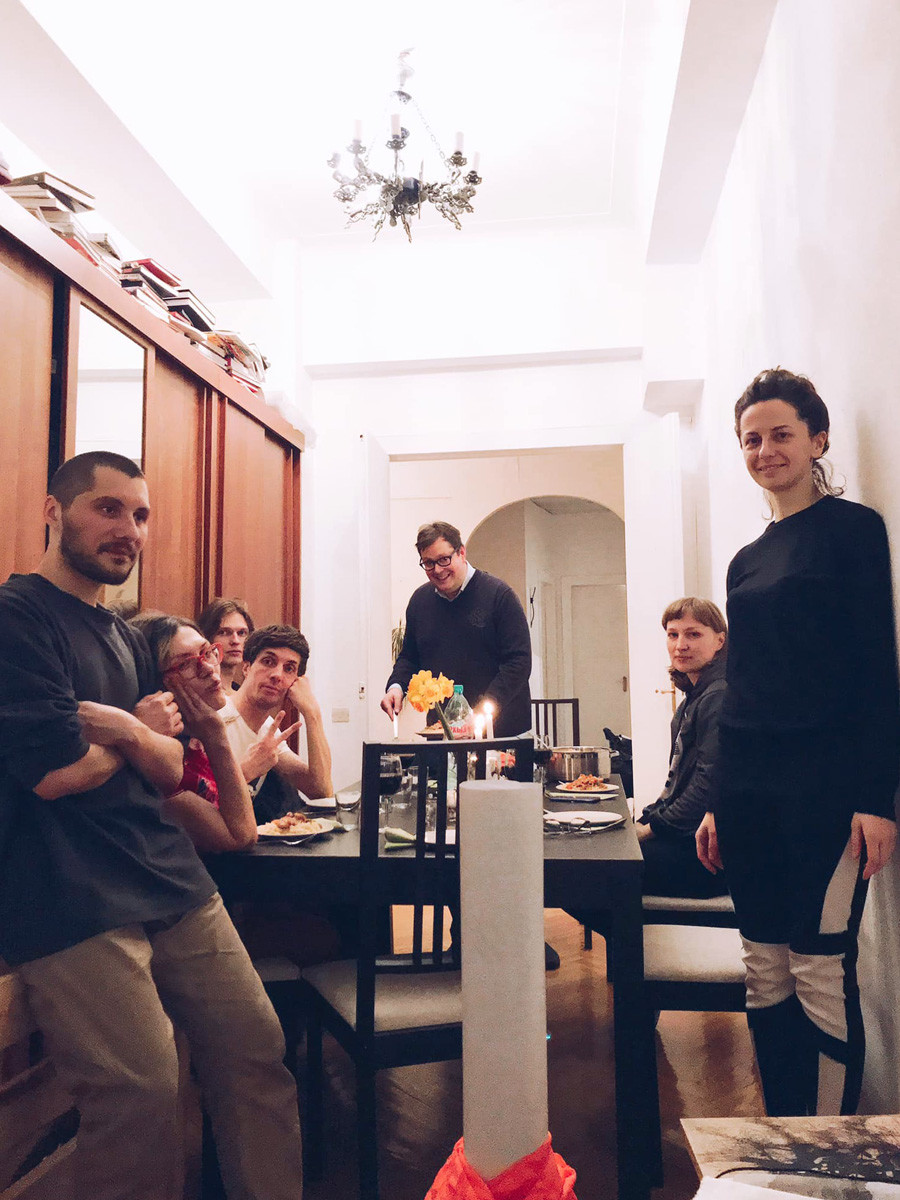 The way Russians think is very different from the way people think in Western Europe. Russians live a different kind of life. I think that Russia is the last great multicultural “empire” that still exists (think about the British or the Austrian, they have all gone somehow). I do not mean it in an imperialistic way, it’s just a huge, interesting country. It’s even more than just a country. The notion of who you are as part of Russia is different – it’s a mixture of pride, nostalgia, sadness, as well as many other things. I think the multitude of cultures is something that takes some time to discover.

Also, I think Russian friendship is something that can inspire. In Austria, you can have many quick friendships – you can work with people, invite them to your home, but still feel rather distant. For example, I like to invite people to my Moscow flat, and it might be surprising how few people would invite you in return to their homes. In Russia, it takes some time to get to know a person before you invite them to your place. But once someone is regarded as your friend, it means you are really close. Sometimes, I get really stunned by how intimate friendships can be in Russia. There are certain personal things Russians say to each other that friends in other countries can never say. Or to call someone and tell them you’re coming to their place to stay even though you were not invited. My predecessor, who is in his nineties, stays with his Russian friend when he comes to Russia, because his friendships are for a lifetime. It is very beautiful, I hope I will also have such friends.

Austria How Russians changed my life