Superstitions that Russian drivers believe in 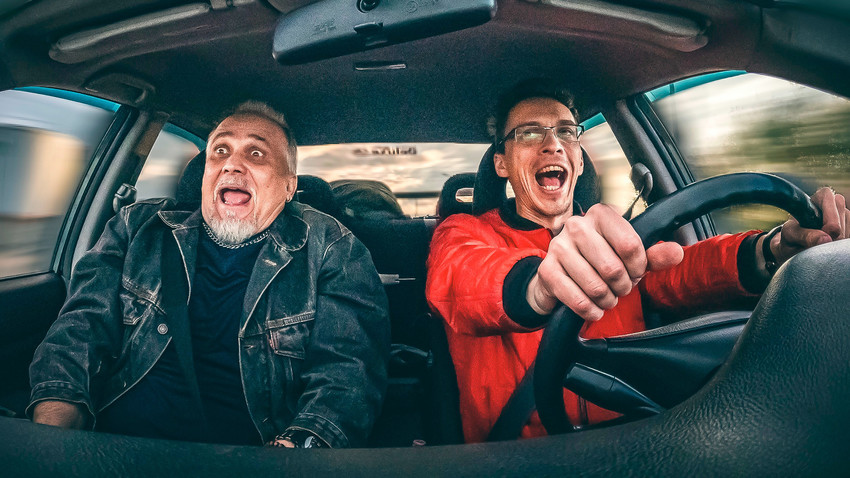 Getty Images
Do you know what may happen after you wash your car in Russia?

According to a poll conducted by the Ford company, 43 percent of Russian drivers believe in superstitions, while 16 percent follow set rituals, “just in case”.

Many drivers believe that a car is not just a piece of metal, but that it has a character and a soul, and so, must also have a name. This superstition, most likely, dates back to the time when people used to ride horses, which, too, were given names. After all, it is not for no reason that a car was often referred to as “an iron horse”. So what names are most often given to cars? The most popular one is ‘Ласточка’ (“las-toch-ka”; Eng. “a swallow”; it’s also a common pet name for loved ones). Most often, people often come up with names inspired by the make of the car. For example, a Toyota Avensis is typically called ‘Venya’, a Nissan Note is known as ‘Енот’ (“Ye-not”, Eng. “raccoon”) and a KIA Picanto unoriginally becomes a ‘Pikachu’. Other people give their cars common “human” names, like Masha, Anfisa or Vanya. Some believe that the name of a car should begin with the same letter as its model name.

2. A new car must be “inaugurated”

Sailors have an ancient tradition where before a new ship is launched, a bottle of champagne is smashed across its bow. In a way, this tradition has been adopted by motorists, except they do not break a bottle over the car's body, but instead just sprinkle a few drops over it (and finish the bottle with their family and friends!). In addition, a new owner presents their vehicle with a gift: it can be a soft toy, beautiful seat covers, a bobble head dog for the dashboard, an amulet or an icon for hanging under the rear view mirror. The main requirement is that the gift should be given from the heart, then the car will like it!

Car number plates in Russia consist of three numbers and three letters. The number 6 is considered unlucky: the more 6s there are, the more careful the driver should be. Whereas numbers 1, 3 and 7 are considered lucky. In general, it is believed that identical numbers or letters in a number plate promise a twist of fate.

4. You cannot discuss selling a car when you are in it

A car must be looked after, have regular technical inspections and must never be spoken ill of. Drivers believe that their car can hear everything and if you start talking about buying a new one while you are sitting in the old one, the car will be offended and will break down at the most inopportune moment. Furthermore, if, in the process, you kick it in the wheel or smash its roof with your fist, then before you sell the offended car, you will have to spend a fortune on repairing it.

5. You cannot use parts from a car that were involved in an accident

Often, car services buy cars after an accident for spare parts, but many drivers are convinced that installing parts from damaged cars on new vehicles is wrong, that they would “infect” the new car with bad luck. The same applies not only to spare parts, but also to any items from another car. The worst karma awaits those who use stolen parts.

Having a bird poop on your car is considered a good thing (like when a bird poops on your shoulder, which is also considered good luck). However, only if the droppings are on the body of the vehicle or on the windshield. If they are on the trunk, that means losing money. In any event, a dirty car falls under another superstition, which requires that all the dirt be removed as quickly as possible, otherwise you will lose money.

7. If you wash your car, it will probably rain soon

If you ask any driver in Russia what happens after you wash your car, they will tell you that it will rain and the car will get dirty again. Strangely, it’s the superstition that comes true most often! Although, this is not even a superstition, it’s just Murphy's law! That said, this does not mean that one should leave one's car dirty (after all, according to the previous superstition, a dirty car signifies losing a lot of money). Incidentally, there is another superstition: if you arrive on a date in a dirty car, you will be haunted with problems in your love life for at least three months.

8. Never look at a car accident

If you see a car accident on the road, do not turn back to look at it, or you may get into trouble yourself (it is better to stop and help, if you can). A person staring at an accident is likely to become distracted and may provoke an accident themselves.

9. If you knock down a dog, next time it will be a human being

If a knocked down animal can still be helped, it must not be left on the road and must be taken to a veterinarian. As macabre as it sounds, this superstition has a very logical explanation: if a driver was inattentive and did not notice a dog on the road, they are likely not to notice a human being, either.

10. If you throw rubbish out the car window, you will have a whole year of bad luck

Generally speaking, throwing rubbish out of the window is very bad, irrespective of any superstitions. You aren’t one of those people who do it, are you?