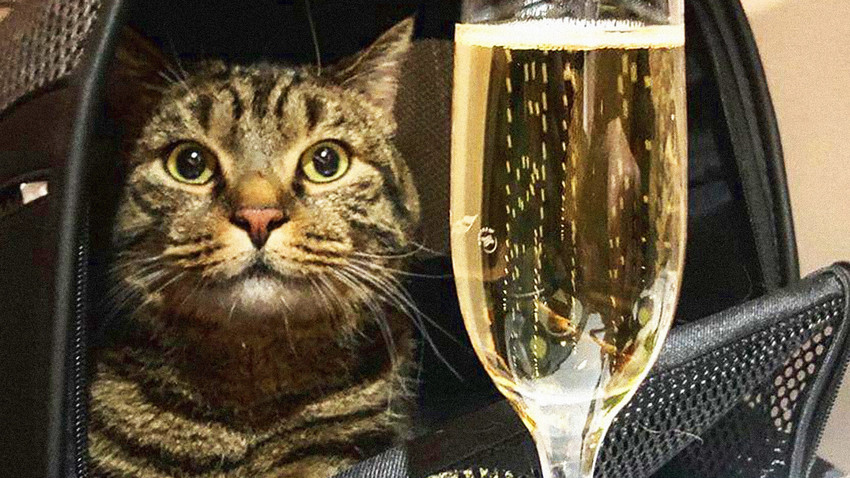 Mikhail Galin
A frequent flyer had to pay a high price for smuggling his fat cat into the cabin, a violation of the airline’s company rules. But it turns out, Russians value cats more than any rules.

The saga began when a Russian man managed to trick Aeroflot Airlines, by producing a friend’s thinner cat to pose as his feline friend, who had been deemed too fat to fly in the cabin.

Mikhail Galin and his travel buddy – cat Victor – were flying From Riga to Vladivostok with a connecting flight in Moscow.“The weight of my cat showed up as 10 kilograms on the airline’s scale – which is apparently inadmissibly fat to be allowed in the cabin,” wrote Galin on his Facebook page in a post-flight confession. 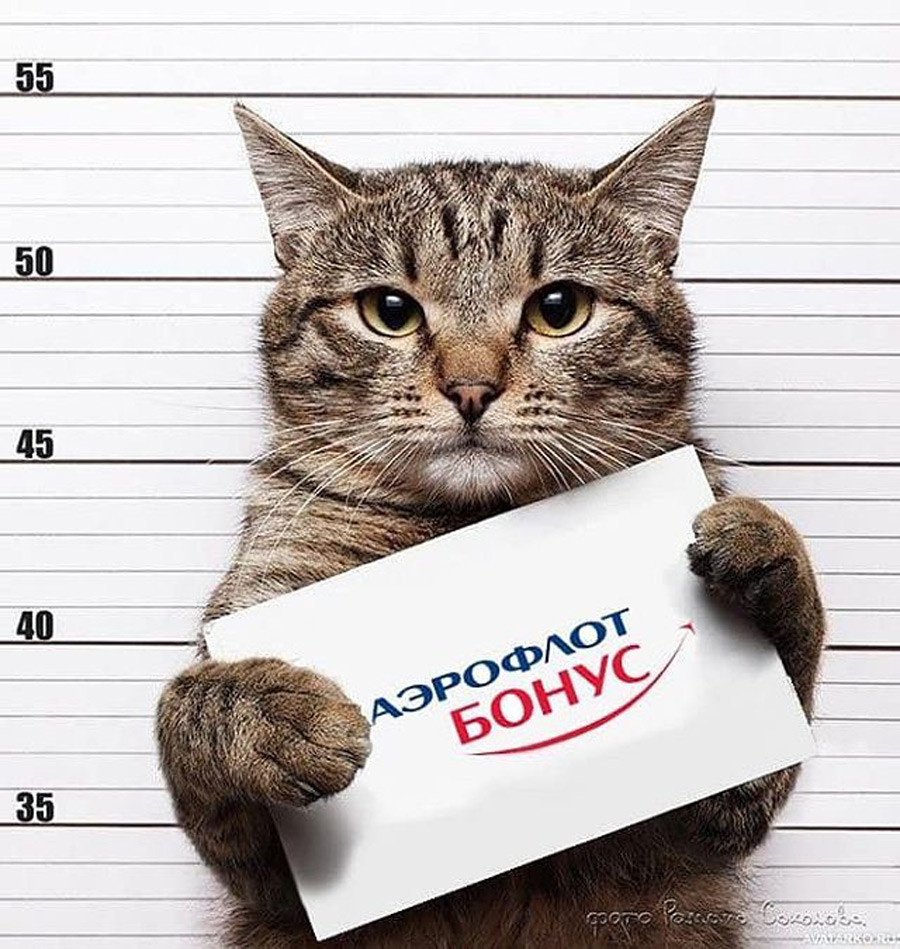 After refusing to have Victor put into the cargo holding, for fear his cat would not survive the ordeal, he bought another ticket, this time in business class, for the following day. Then, via Facebook, Galin found a similar looking, yet thinner cat, which passed Aeroflot’s strict cabin weight rules, then swapped the cats back prior to boarding and made it to Vladivostok with Victor. 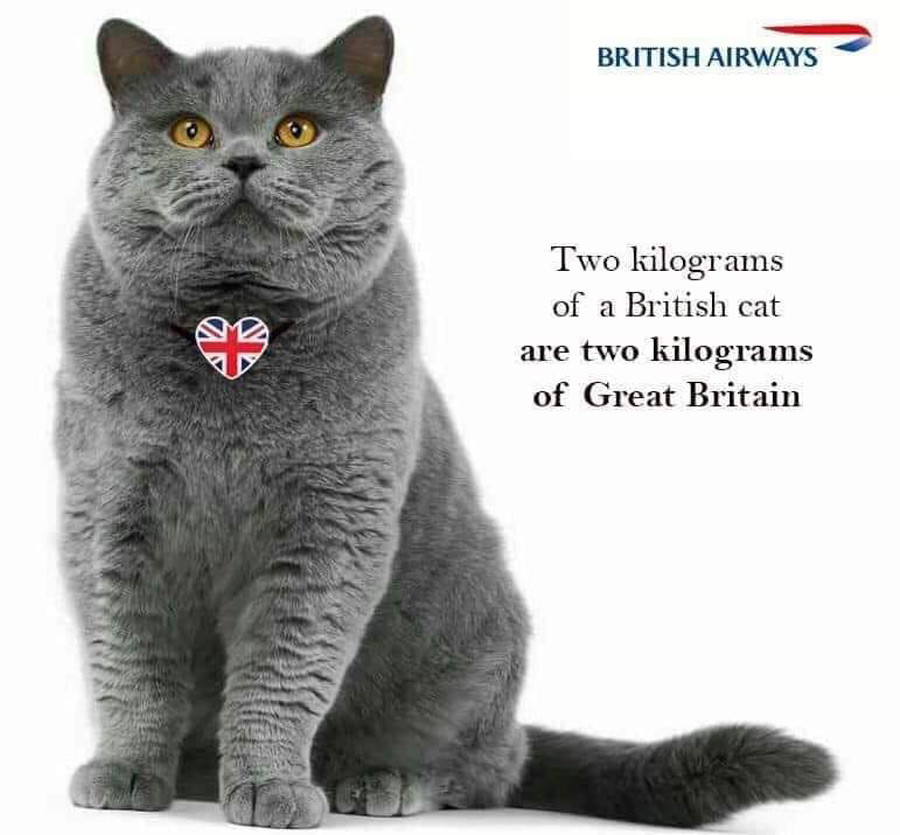 Galin’s post, where he spelled out the details of his crime and implicated the accomplices, has amassed a dizzying amount of comments and shares which were (naturally) seen by Aeroflot. 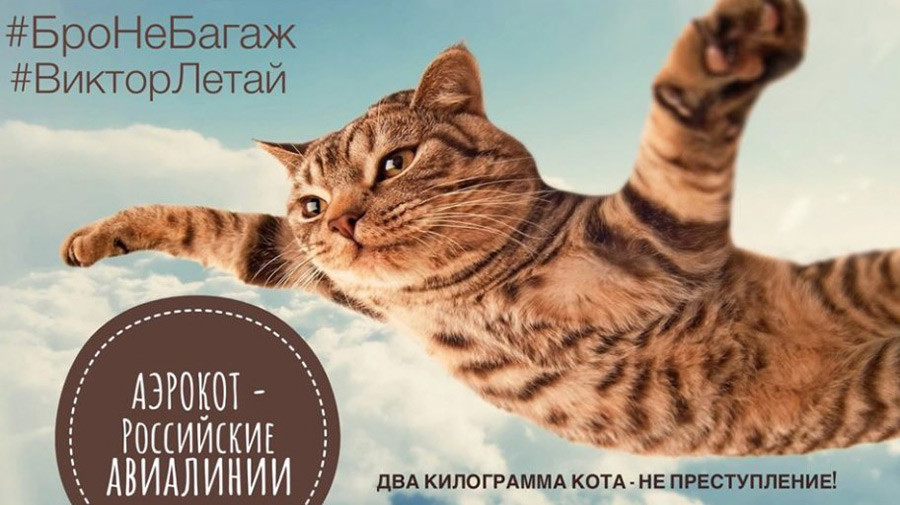 The airline company didn’t like being outplayed so easily and executed an act of revenge: it opened an investigation and found CCTV footage of the cat swap. As punishment, Aeroflot excluded the cat-loving cheater from its frequent-flier bonus program and reportedly stripped him off some 400 thousand miles the man had been saving for years. 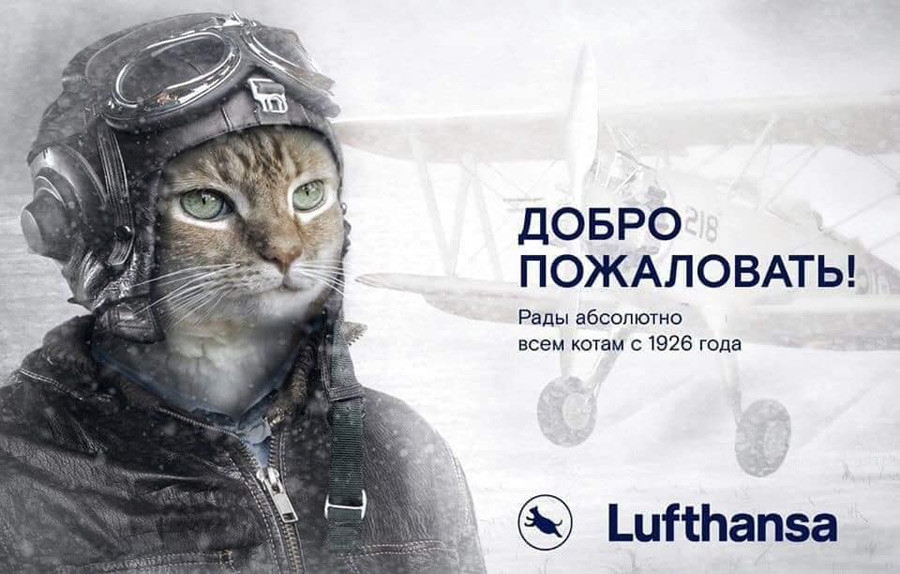 But the company trod on the same rake as the culprit: the internet just loves cats too much to not ridicule Aeroflot for its lack of feline compassion in this particular case. 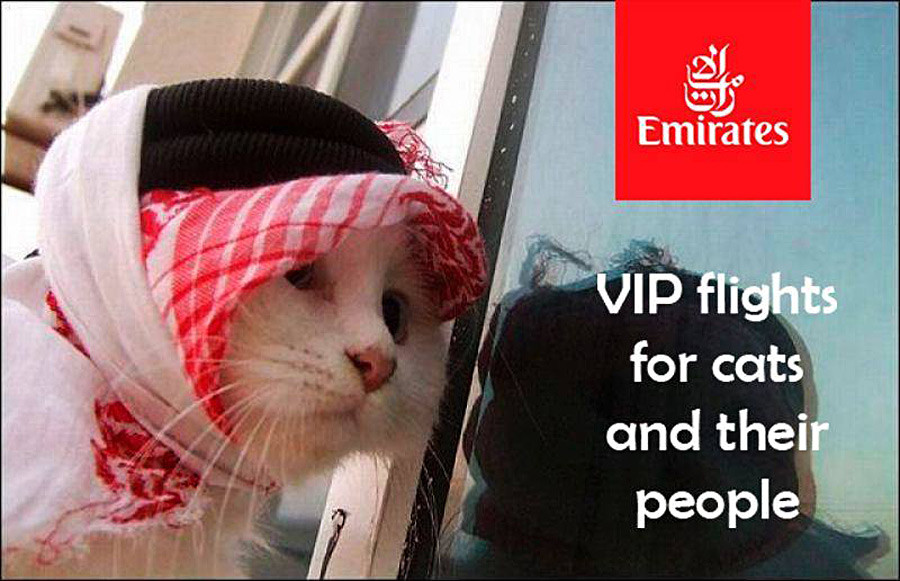 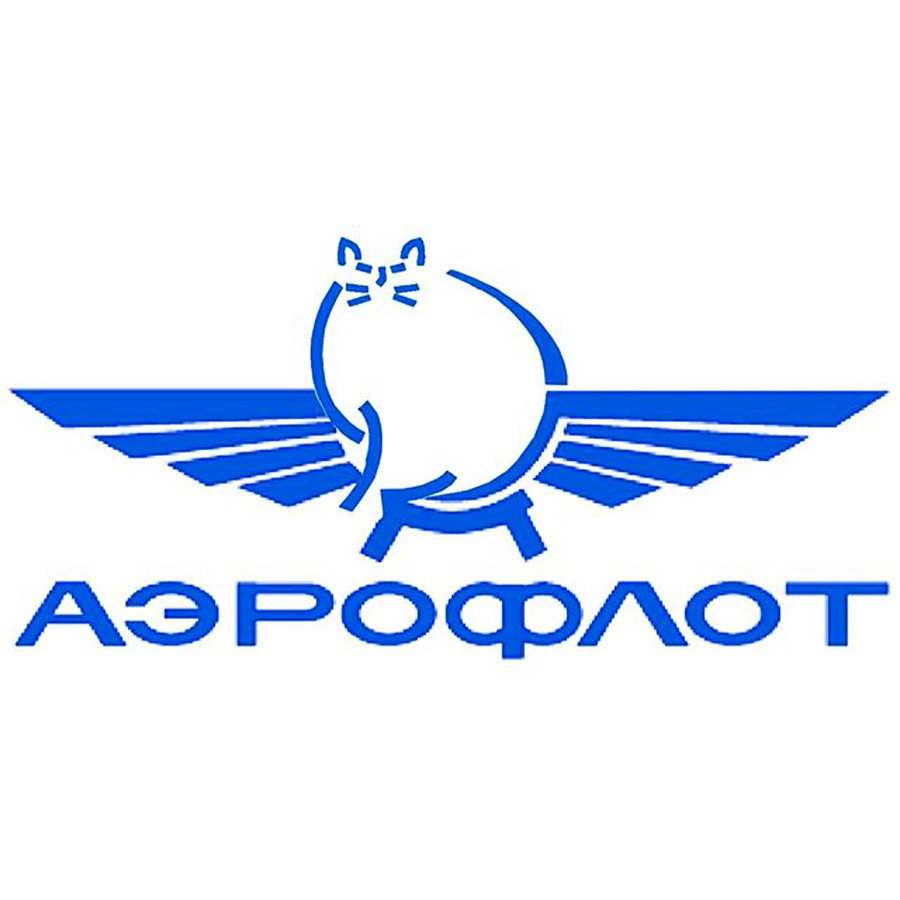 A meeting at an Aeroflot headquarter:

“Colleagues, we have a fat cat onboard. What are we going to do about it?”

“Let’s strip the owner of his bonus miles.”

“What if we give the cat a free gym membership so that this story brings us good publicity?” Falls out of the window. 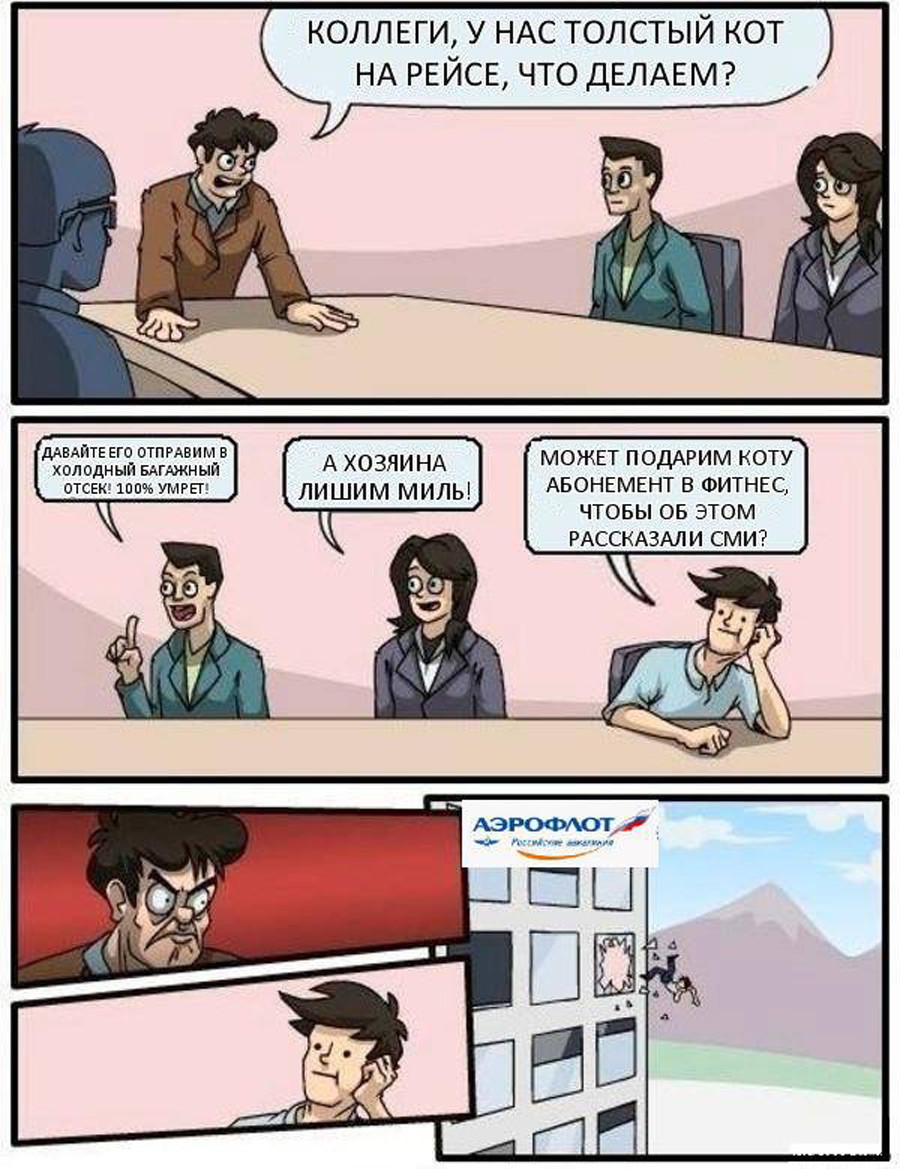 Users used #buddyisnotluggage hashtag on some of the images. 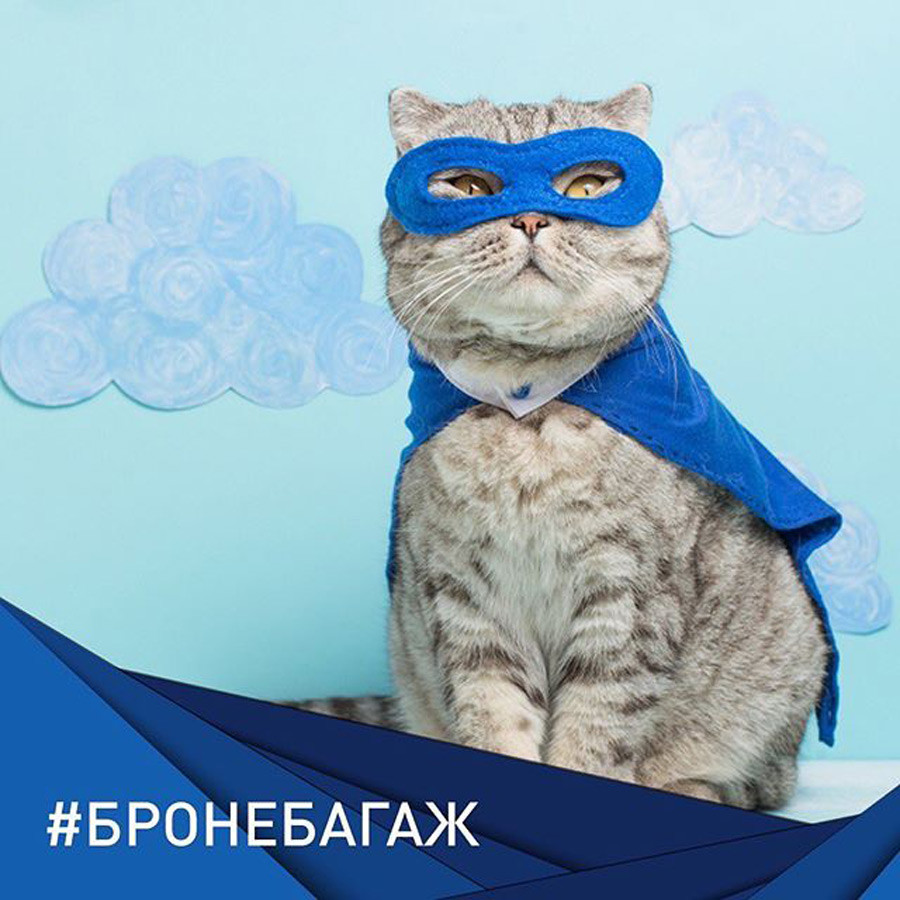 Do they really sell “My cat. My rules. My miles.” sweaters these days? 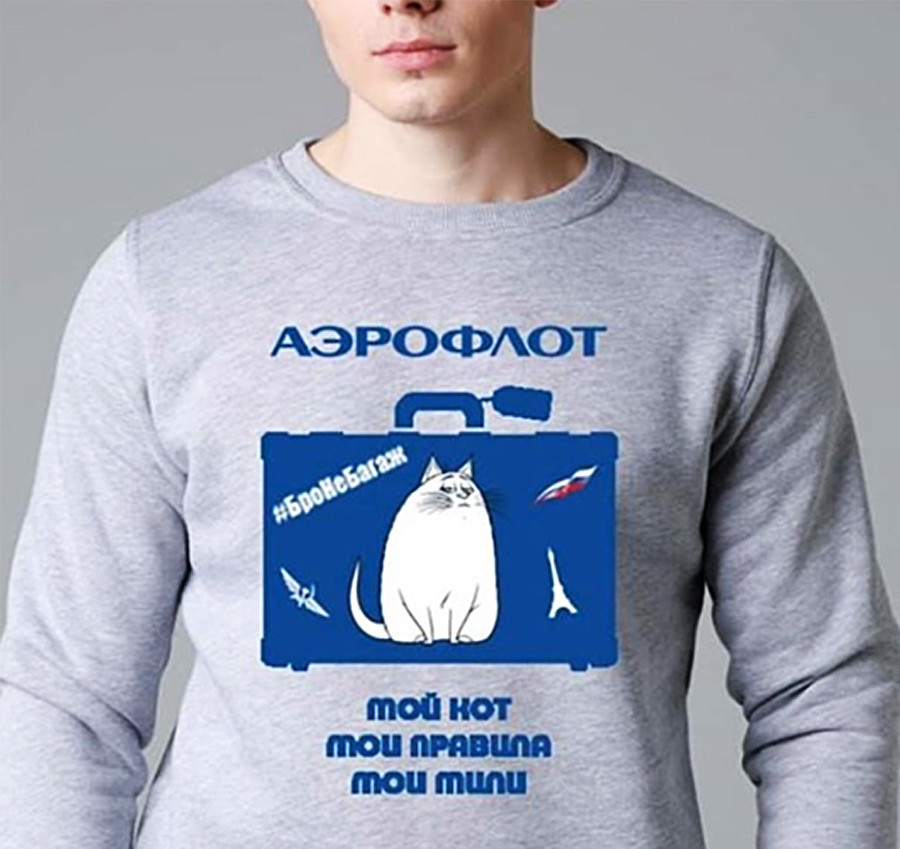 Anyway, neither the cunning cat owner Galin, nor Aeroflot, came out on top in this story. It’s fat cat Victor who’s the real champion here… he enjoyed his business class seat like a boss and the company can do nothing about it - because he has no miles… for now, anyway. Miau! 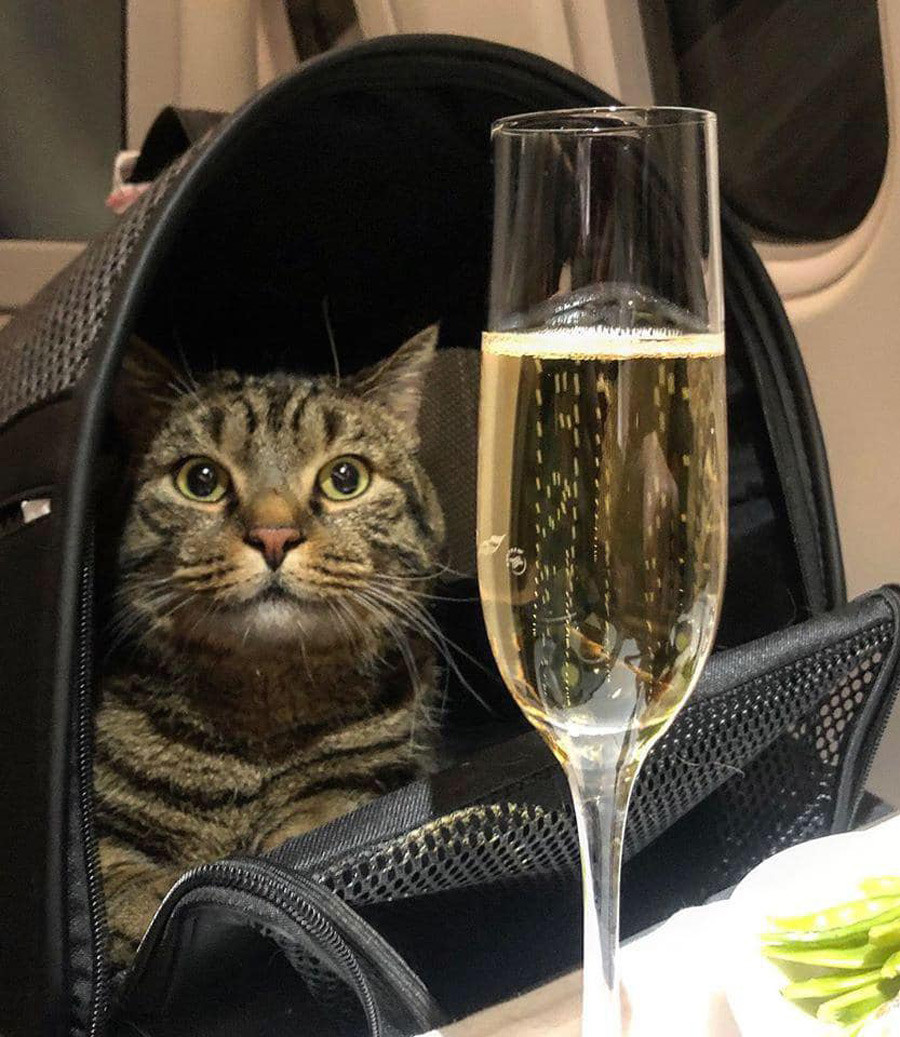