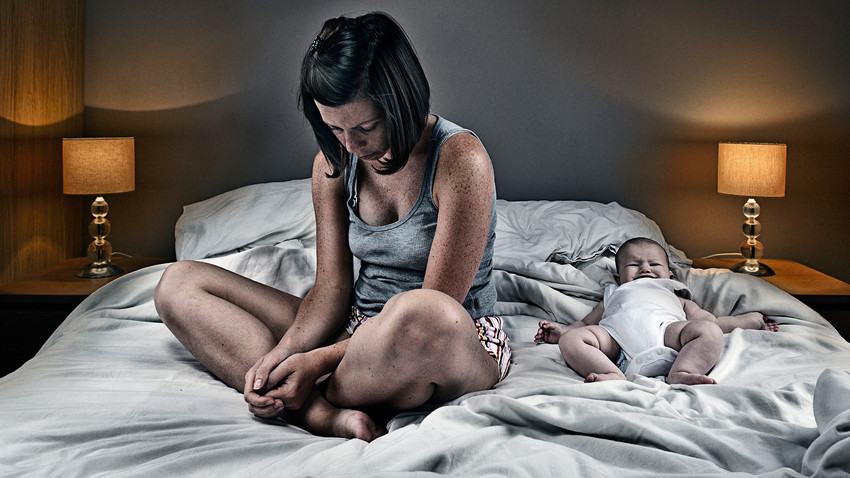 Getty Images
This mental issue has been ignored for years. But after a horrible tragedy, it is generating heated discussions online.

A recent tragedy in Moscow has caused a social media storm and focused the attention of Russian society on the problem of postnatal, or postpartum depression (PPD). On Nov. 11, a young mother, Lyudmila Sokolova, threw herself and her two children out the window of their ninth-floor apartment. She and her baby daughter died immediately, while the other child, aged six, was taken to intensive care.

Earlier, she had called an ambulance several times, complaining that she had been unable to feed her youngest child for several days. For some reason, it never occurred to the medics that the woman might be suffering from PPD, as well as potentially unstable and a danger to herself and her children. The ambulance did arrive, but it was too late.

According to media reports, Lyudmila's husband told the police that she believed she had PPD and had spoken of suicide. But no one took her words seriously.

This is not the first case when a young mother suffering from PPD killed herself and her baby. In January 2016, a 28-year-old woman in Moscow jumped out of the window with her six-month-old daughter. In July the same year, a similar incident took place in Yuzhnouralsk, Chelyabinsk Region, involving a 29-year-old woman and her one-year-old daughter. The list goes on.

In each case, the investigation tried to find some rational explanation for what happened. These tragedies, however, have set off a debate in society that make clear that PPD is not a fantasy or fiction, but rather, a dangerous and unpredictable ailment that can threaten any mother. Everyone should be made aware of it: doctors, relatives and mothers themselves. 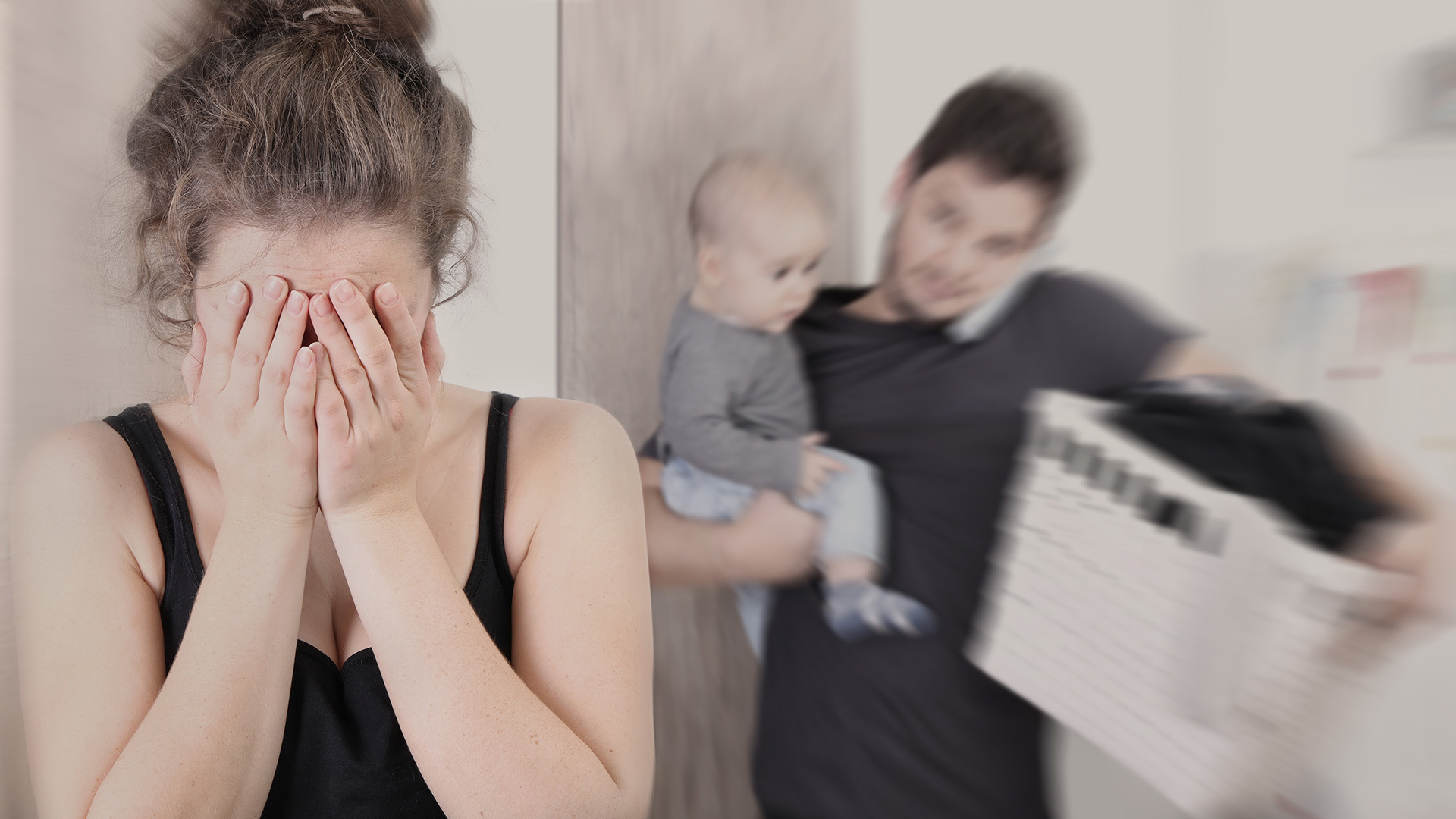 The social media reaction to the latest tragic incident has revealed public attitudes towards this problem in Russia. Those who have experienced it themselves, or have seen their loved ones suffer from PPD, are sounding the alarm and telling heartbreaking stories of what can happen to a woman with PPD.

Ulyana, 26, says that until her baby turned six months, she “just wanted to hang herself". After the difficult labor, there were sleepless nights and a constantly crying baby suffering from colic. “I blamed myself for everything. Half of the hairs on my head became gray.”

Inga Talvi writes of tears and nervous breakdowns over frequent visits to the hospital with her sickly child. “Stepping out onto the balcony (we lived on the 8th floor then), I often thought of throwing myself out with the baby. In horror, I would run back inside. I hated myself for the hell that was going on in my head.”

“A patient of my colleague jumped out the window a year ago. Horrible. She left a four-month baby,” writes Maria Orlova. She is glad that the issue is now being discussed on social media and believes that people should be made aware of the problem.

“With my first child, I had to go back to work when the baby was five-months old, otherwise I would have jumped out of the window," says Vera in a social media post.

“When your baby does not sleep for days / weeks / months, does not gain weight, does not eat properly, refuses to suckle, does not speak, does not roll over, although all other babies of the same age have mastered this ... you can easily miss the moment when you turn into an agitated zombie,” writes a young mother, Nina Belenitskaya.

“You chose to have all these babies, so now deal with them"

The current debate on social media has also revealed that many people continue to believe that PPD is a fiction and delusion of spoiled women. “This is a made-up disease, like vegetative-vascular dystonia. In the old days, they used to send a young couple to a remote farm, where she would give birth all by herself, feed the baby, and, by the way, not forget about household and farm work. Especially if it was harvest time,” writes Marina Peshkova.

“Did she give birth on the war front, in prison or in a concentration camp? These young mothers should read about how women gave birth in Auschwitz and how they tried to keep their babies alive, to save them! Whereas here, excuse me, with refrigerators, washing machines and diapers, they say they are struggling. ‘Princesses’, wake up, this is real life and you should stop pretending to be children. After all, you had enough wits to get pregnant and give birth, didn't you?” writes Alisa Alisova.

Another widespread opinion is that any mother simply must, by default, be happy. Previously, the argument goes, women would have up to 10 children and they coped, whereas these modern-day mothers cannot cope with one or two.

Often this opinion is held, and quite aggressively, by women of the older generation, who, in theory, should be giving 'womanly' support to their grown-up daughters.

Such women feel that they coped somehow, and therefore, their daughters should also cope by themselves. “You chose to have all these babies, so now deal with them."

Maria, the mother of a large family, shared on Instagram how she called her mother to complain about how sick and tired she was sitting 'locked up' with two young children. In response, the older mother started shaming her daughter about being a bad mother.

PPD is not new

Psychologists point out that PPD is not new. “My brother’s wife committed suicide in the 1960s. We knew that she wasn't well after giving birth, but we did not realize how bad things were. Back then, we had no idea what postpartum depression was,” recalls Alexandra, 81. 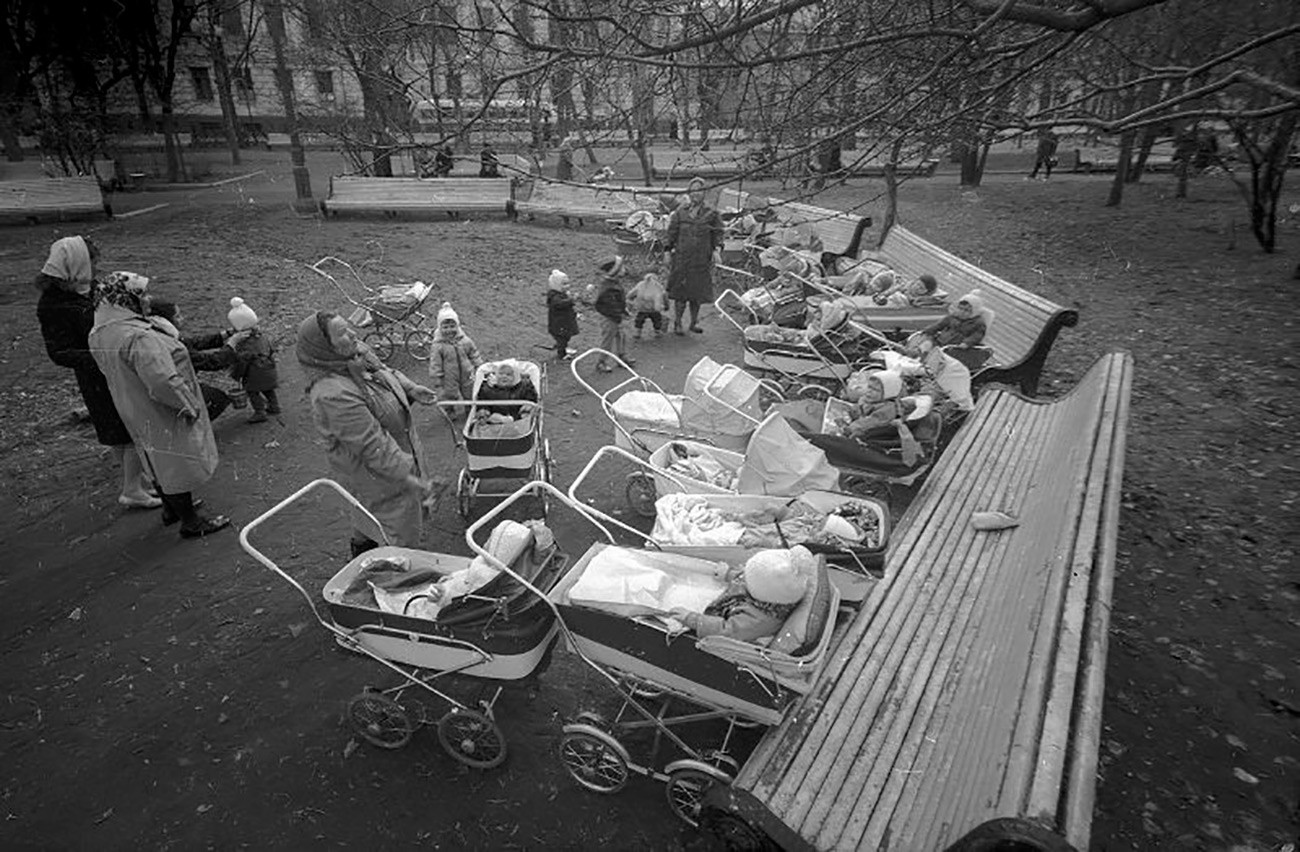 Before the revolution in Russia, the whole family was involved in raising the children of a young mother, so usually one of the older women noticed a problem when it arose and managed to help in time. In addition, young mothers, who usually grew up in large families, had the experience of raising and feeding children, and their older children also often helped out.

In Soviet times, the role of a big family was in large part assumed by the state. A woman suffering from PPD could check in her baby, from infancy, to a free round-the-clock daycare and go to work, and no one shamed her for this. In addition, the Soviet Union had very good pediatric care. Doctors and nurses from a local clinic literally did not leave a young mother in peace if she seemed to be struggling, for whatever reason. The conditions were tough, but a woman was not left alone with the problem.

The main problem is a mother's isolation

In modern Russia, a young woman finds herself in 'isolation' that simply did not exist before on such a large scale. The first baby she picks up is her own.

Breastfeeding consultant Irina Ryukhova points out that many women, eager to live up to the image of an ideal mother, cannot cope with the influx of new information and do not know how to apply it in real life to their baby. Deprived of the support of older experienced women and society (daycare is not as common as it used to be, while kindergartens only accept children from the age of three), young mothers feel helpless. 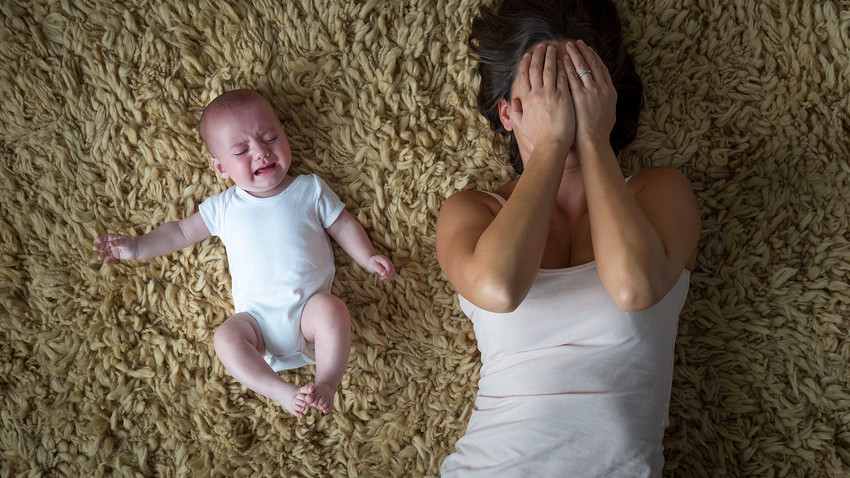 Home alone within the four walls of their apartment, many women are left to cope with PPD without any outside help. The husband is usually at work, and paternity leave is not particularly widespread in Russia (only 2 percent of men take it). There is no one to help them in time and raise the alarm.

Another major factor is the lack of opportunity to hire babysitters or childcare professionals. Most families do not have the money to do this, and loved ones often condemn mothers who 'leave' their baby to 'a stranger'.

The situation is further aggravated by the fact that in Russia seeking psychological help is not a common practice. Psychologist Daria Chernova explains: “There is a big fear of admitting that things are bad and a big fear of turning to a psychiatrist." Many people  are afraid to take strong medical drugs, and even Chernova's colleagues often believe that they can cope with a problem by themselves, without resorting to medicine.