Delivering food in Russia is its own sport (PHOTOS) 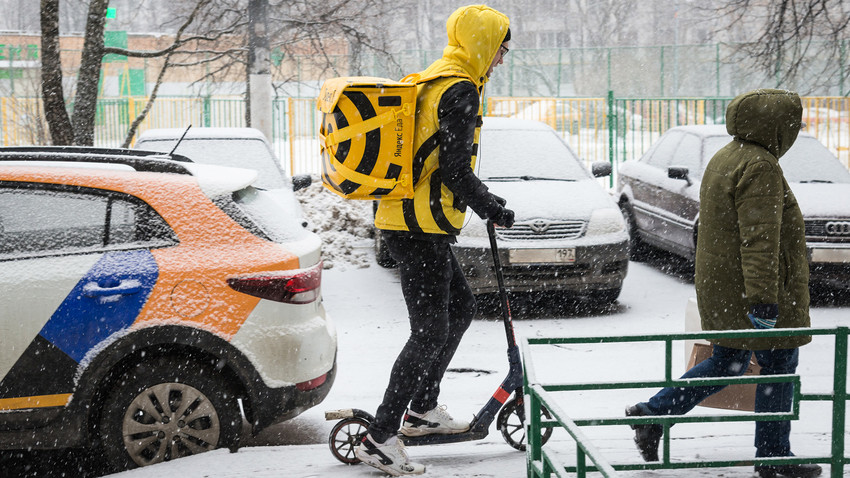 Legion Media
Delivering food is a tough job when you live in a gigantic Russian city - particularly in winter. A war rages on between little green and yellow men for the title of King of Deliveries. These people will go to crazy lengths to deliver your pizza.

This guy’s horse must have died in the snow a while back. He is himself on his last breath as he braves the snow and his iPhone suddenly dies as he’s calling you for the exact house number because he forgot to read the order. 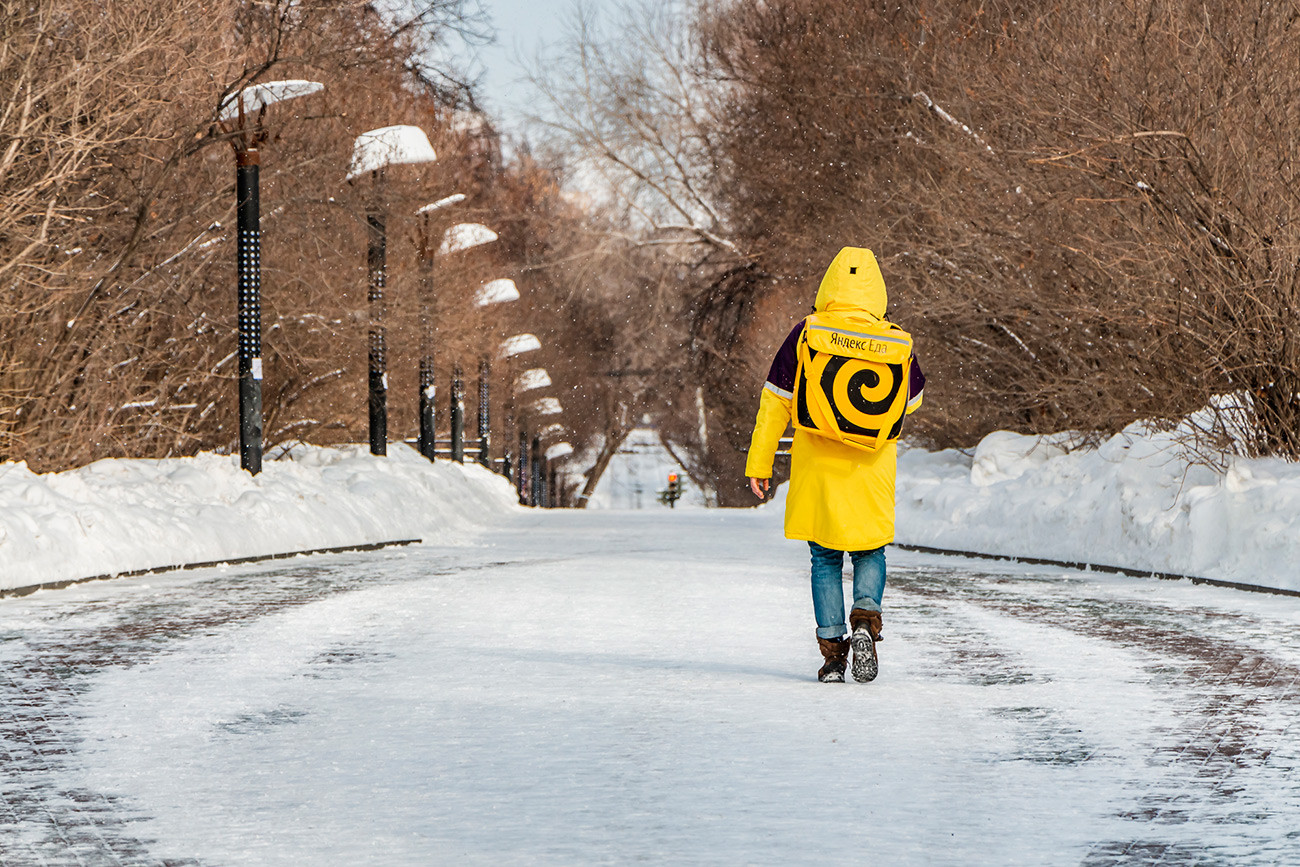 Taking a bike ride is only marginally easier: while they’re expunging huge amounts of energy trying to balance themselves, the food and an umbrella atop a bike, these couriers are also bad news for any of you looking down at your phone while you walk: they will run you over without warning. First of all, because not all of them have mastered the intricacies of a bike, and secondly, because bikes are free for only 30 minutes: the guy is speeding blind. Steer clear. 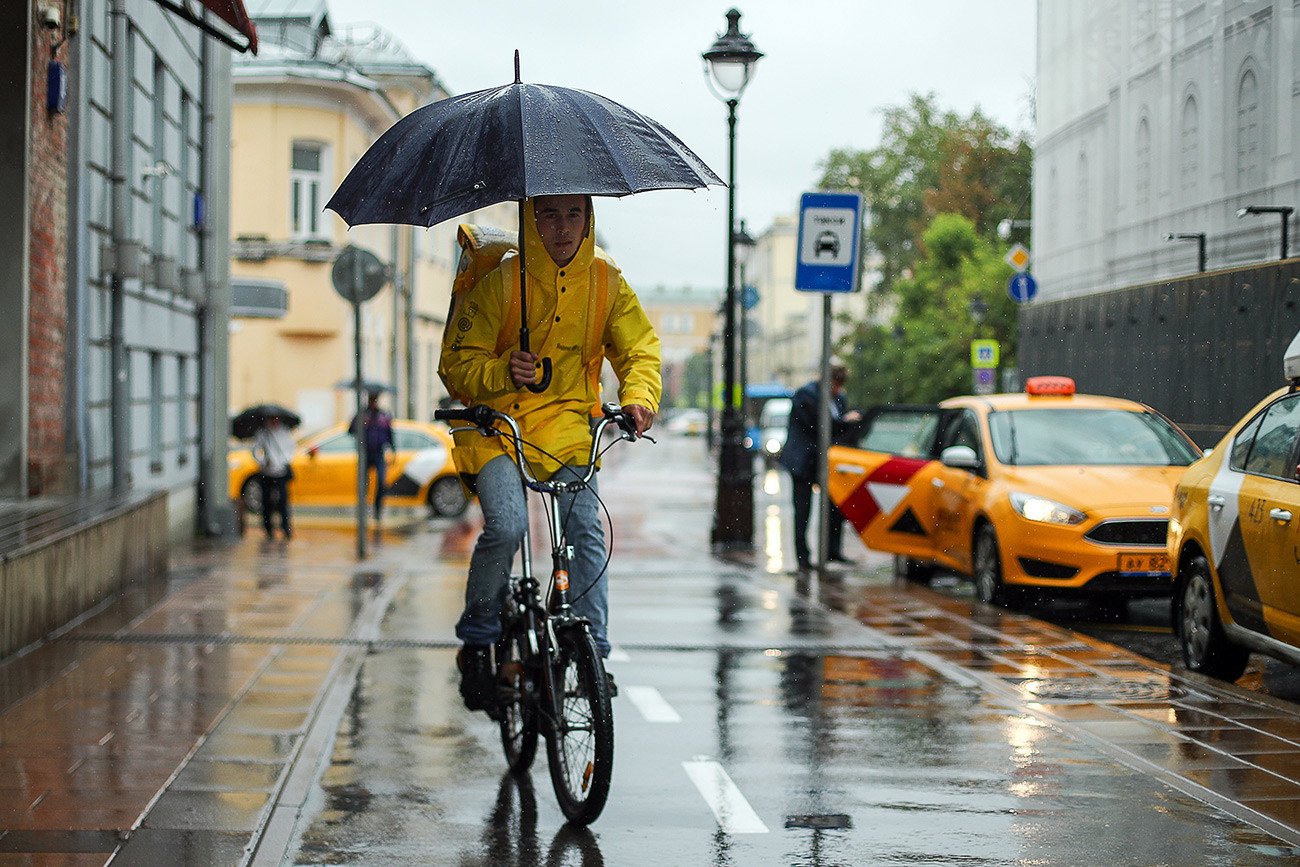 The guy on the electric scooter is even scarier. The pedestrian Stary Arbat street resembles a bowling alley when you suddenly see people leaping left and right in front of you to make way for an oncoming courier creating a veritable ‘scootermageddon’ in his wake. 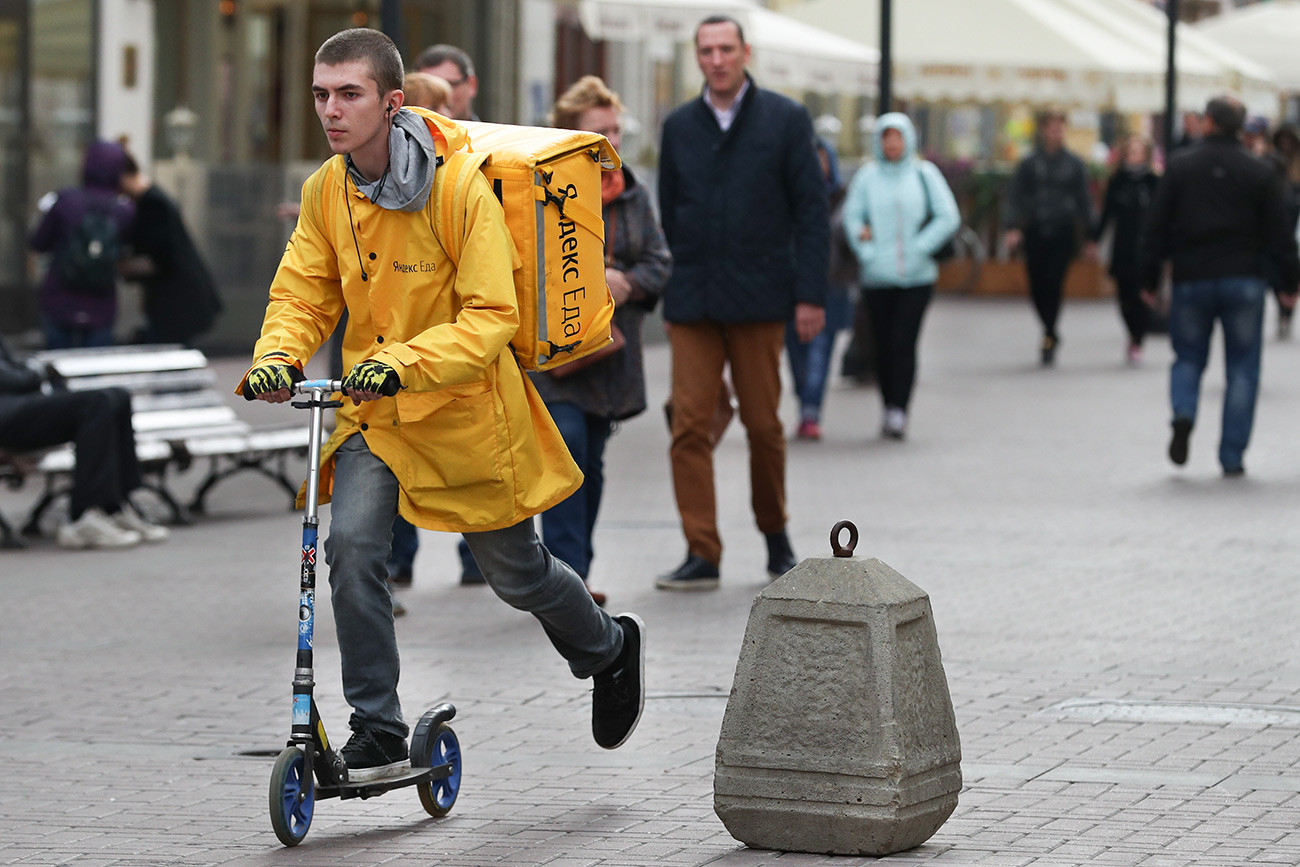 “But isn’t it easier to just take a bus?”, you might ask. Indeed. This guy thinks so. 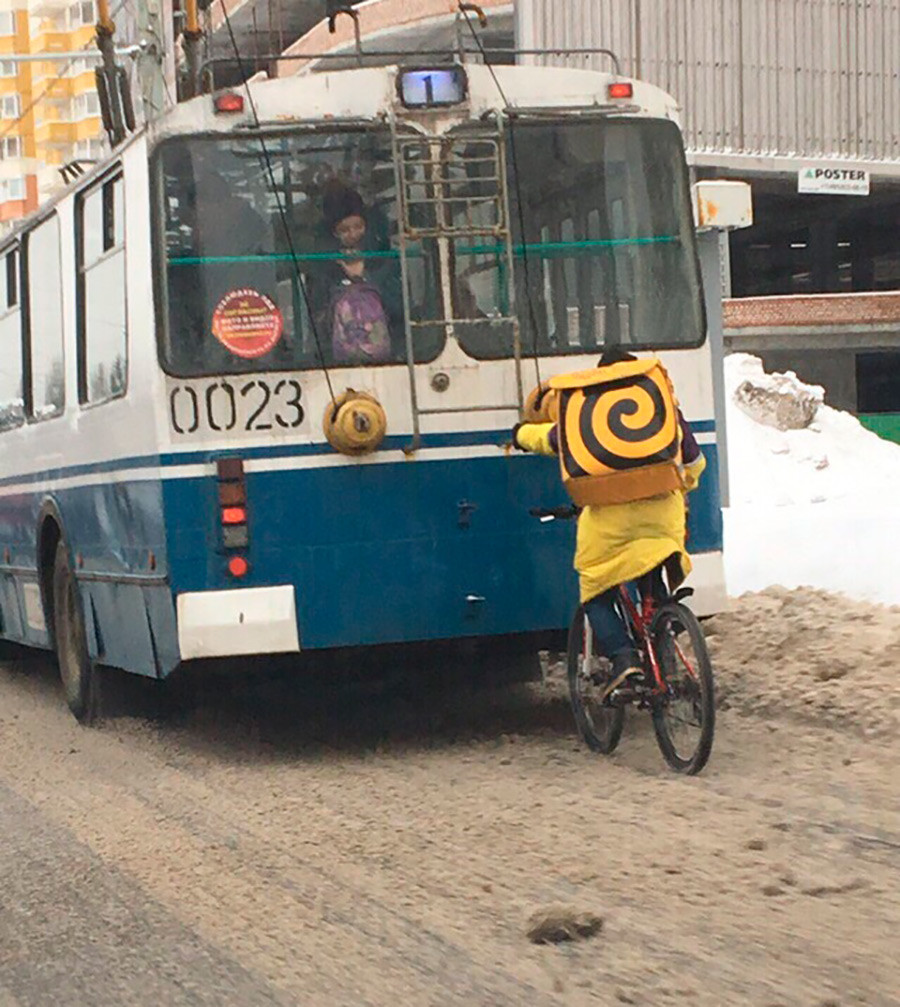 But where’s the fun in being a delivery courier if you can’t get your day’s workout in? It gets so snowy even in cities that you can do a door to door delivery wading through urban traffic on your skis. And be faster than on foot! 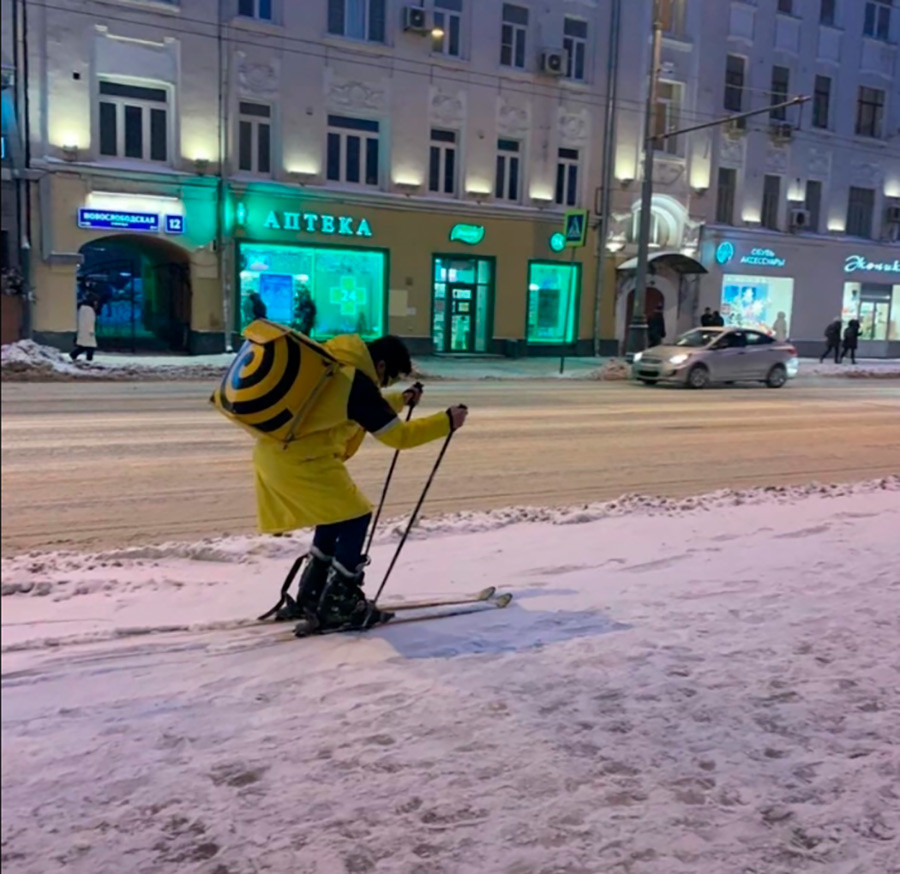 Or, just one-up the guy on the skis, and take your ice skates instead! Mocow is home to a couple gigantic skating rinks, so taking the shortcut actually pays off. Ask this guy.

The most important thing to remember is you need to best your competition. These guys below know the game. If a guy from another company looks at you strange, or doesn’t apologize after accidentally brushing past you, make sure to turn it into a Mortal Kombat encounter between Scorpion and Reptile. Forget the food - honor is at stake! 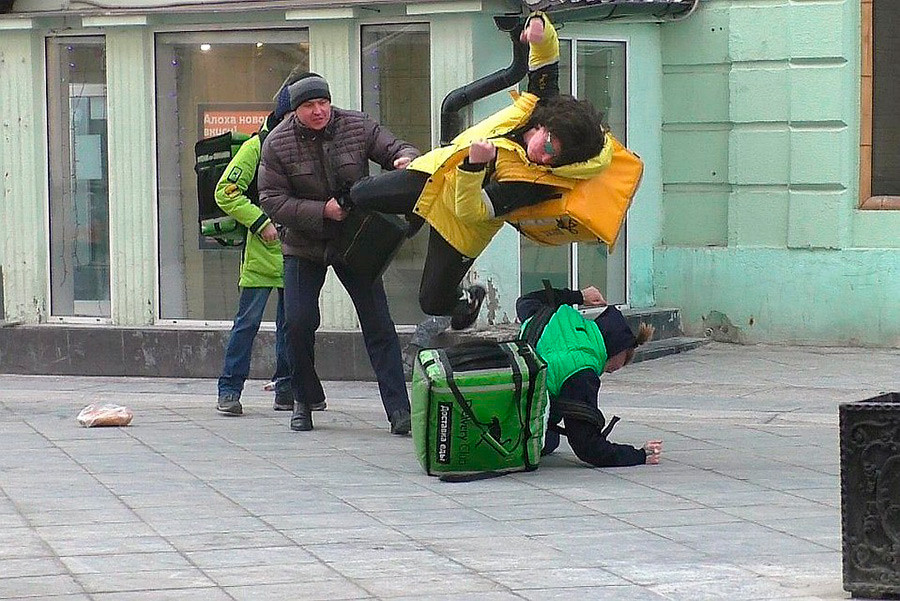 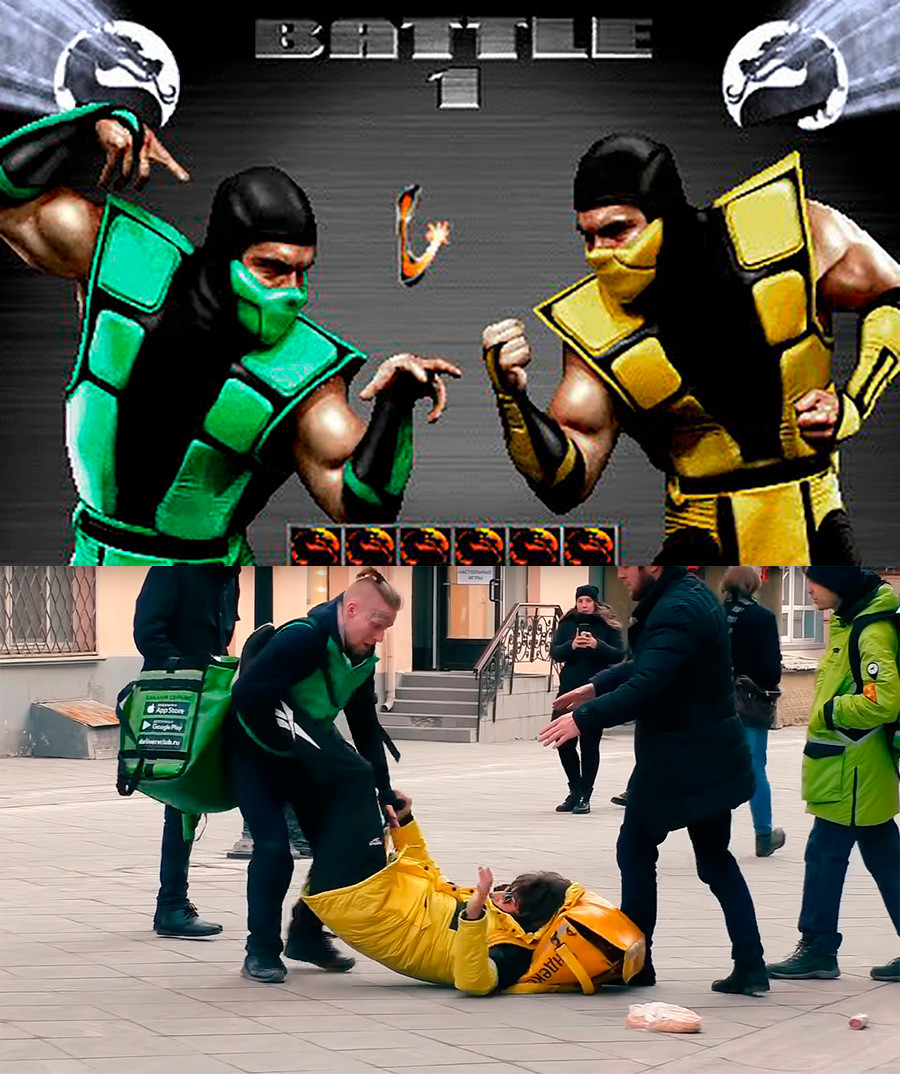 It’s nice to see that - no matter how deep the hatred runs between the green and yellow-clad couriers, there’s always an opportunity for forbidden love between the warring clans! 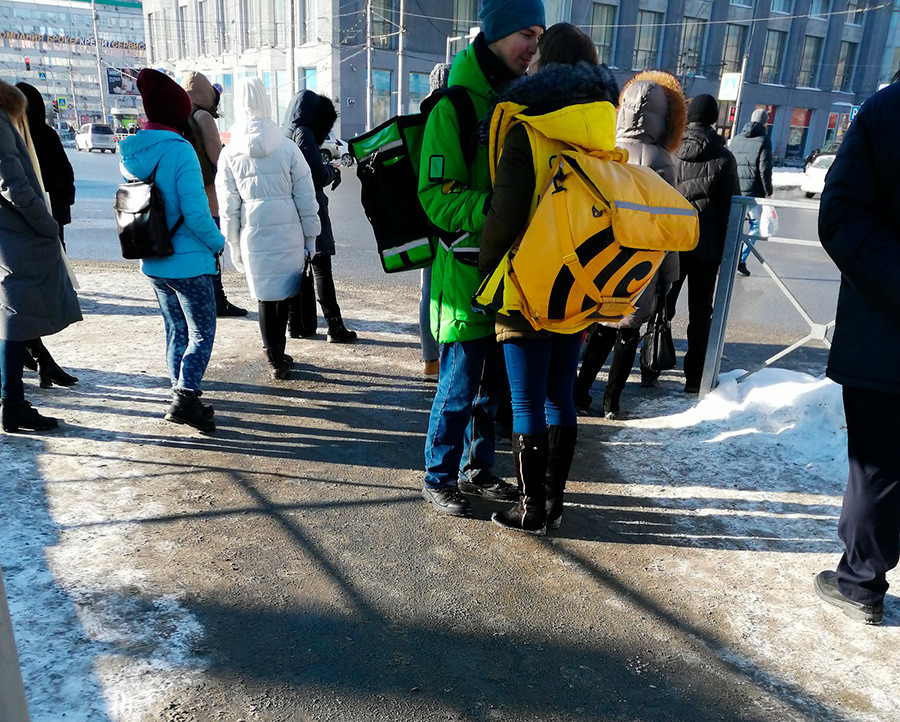