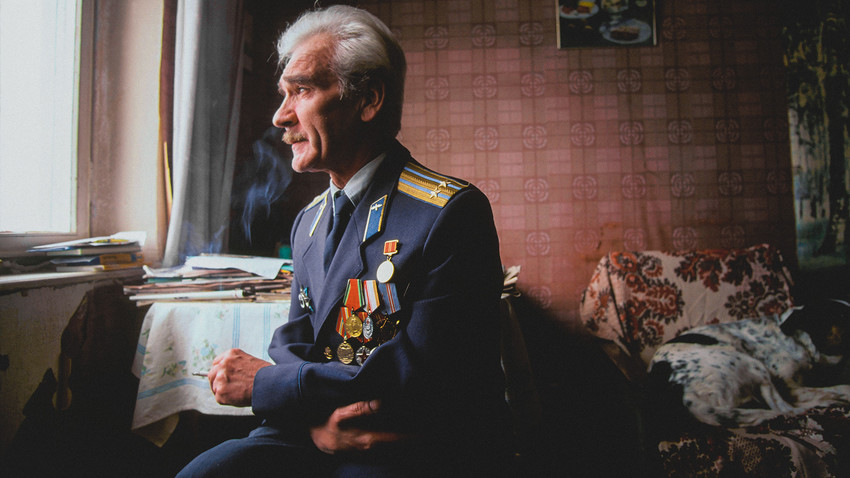 Legion Media
One person saved millions of American lives, others had to reinvent themselves after they had lost their country. The diversity of characters portrayed in these five films is astonishing - and this is what one needs to better understand Russia and its people.

When America and the Soviet Union were ideological enemies, sport was just another way of warfare. This brilliant documentary reconstructs a story of the rise and fall of the “Red Machine”, as the Soviet hockey team was known in the West.

The Soviet Union adopted a unique and brutal system of fostering professional hockey players that were trained to “crush” their opponents from the capitalist block. Training camps looked like the players were preparing for a war, not a hockey match.

“The individual had no say,” says one of the characters in the film, highlighting the extent to which personal was sacrificed for the ideological at the peak of the Cold War. A heartbreaking story of a hockey player being forbidden to visit his dying father before the next game is only one example of the system that fostered world champions, crushing people’s lives along the way.

Espionage, propaganda, the allure of big money, national pride, ideological confrontation, KGB, and personal choices – this remarkable award-winning documentary is a must-see for those interested in sports, history - and Russia.

When the Soviet nuclear strike prevention system mistakenly reported a nuclear launch against the Soviet Union coming from the U.S., Stanislav Petrov, a Soviet officer on duty that night, had to make a decision that would affect millions of people living on Earth.

Stanislav Petrov suspected something was wrong with the system and managed to convince his superiors not to launch a strike against the U.S. in response to the system’s alert.

In the film, documentary footage of Petrov’s interview is combined with re-enactments of the dramatic moment of 1983.

This acclaimed documentary is a result of a collaboration between legendary film director Werner Herzog – the author of such acclaimed films as Grizzly Man, Into the Abyss, and Bad Lieutenant: Port of Call New Orleans – and Russian director Dmitriy Vasukov.

In the Siberian taiga, there’s a tiny village on the Yenisei River, where some 300 people live cut off from civilization. They survive in the harsh environment of everlasting forest and have made peace with nature through their struggle. The documentary follows Siberian trappers and tells a story of a tight-knit society untouched by modernity. Werner Herzog personally narrates the film.

Margy Kinmonth’s documentary marked the 100th anniversary of the Russian Revolution. As her main subjects, the British director picked Russian artists who became symbols of the new, post-Revolutionary era.

Revolution – New Art For A New World, tells a story of Russian Avant-Garde, an art movement that radically broke with the traditions of the foregone order. A new country needed new art and these artists gave it to the eager people.

Chagall, Kandinsky, Malevich, and other pioneers of Russian Avant-Garde have their life stories told with voices of their descendants and art experts. These artists created new art for a new world and flourished… until they became unwelcome by the system they had helped nurture.

What happens when ordinary lives meet extraordinary events? This is what this widely-praised documentary is after: understanding what was it like for ordinary people to be growing up in the last days of the USSR and then, suddenly and irrevocably, to find oneself in a totally different country, guided by new principles and ideology.

The documentary recounts personal stories of five classmates: a punk rocker, a single mother, an entrepreneur and two married teachers. They were the last generation to grow up behind the iron curtain just before it suddenly dropped. The five individuals find themselves in a position where they must reinvent themselves and find their place in a whole different Moscow from what they’d known it to be.

Click here for the 5 times Hollywood nailed the image of Russia’s leader.