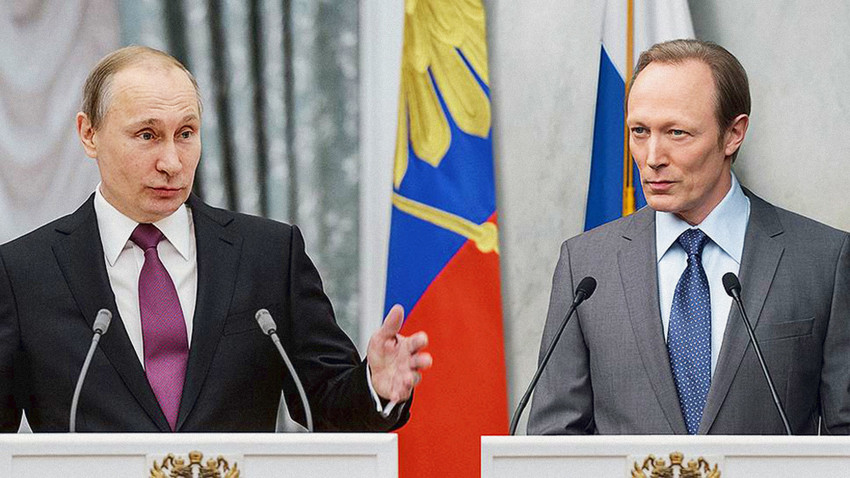 Kommersant, Netflix
American filmmakers have shaped all kinds of Russian presidents on the big screen, ranging from tough macho men to a goodhearted pansy. 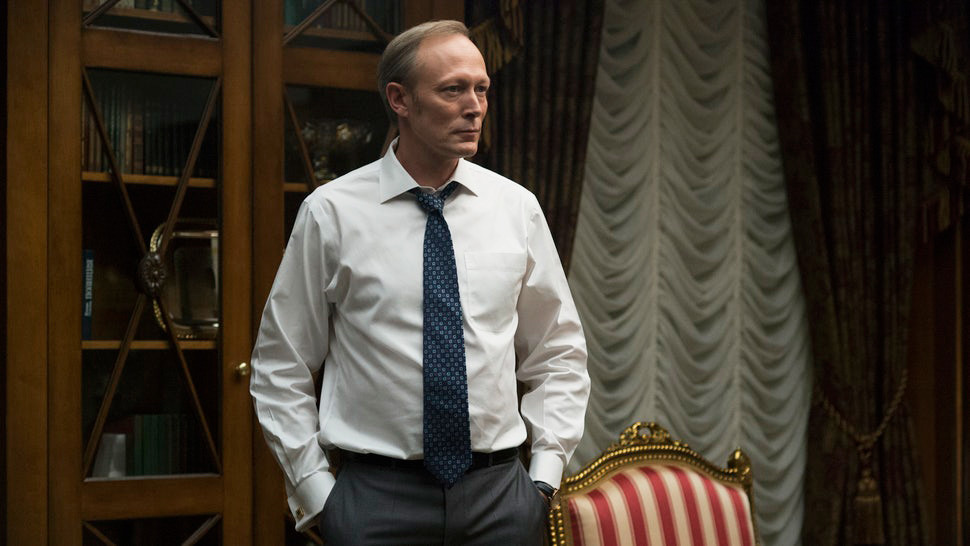 Russian President Vitaly Petrov is a strong character in the third season of Netflix’s  TV show House of Cards. He’s a polite, but cunning and dangerous opponent for U.S. president Frank Underwood to deal with.

Petrov arrives in Washington DC only to refuse Frank Underwood’s proposal and a joint peacekeeping operation in the Jordan Valley. Yet, he is not an eccentric killjoy. Instead, his strongly charismatic and cunning nature constantly intrigues and plays an elaborate chess game, even if it does not look so at first glance:

He does not share the beliefs most people in his country have, but he is too wary of revolutions to be perceived as a reformer. He’d prefer to be seen as a strong and merciless leader of a strong nation, instead:

Victor Petrov is a not-so-thinly disguised reference to Russian President Vladimir Putin: they share the same initials (VP), they look similar, are both recently divorced and both have a history in the KGB. Netflix, could the references have been any clearer? 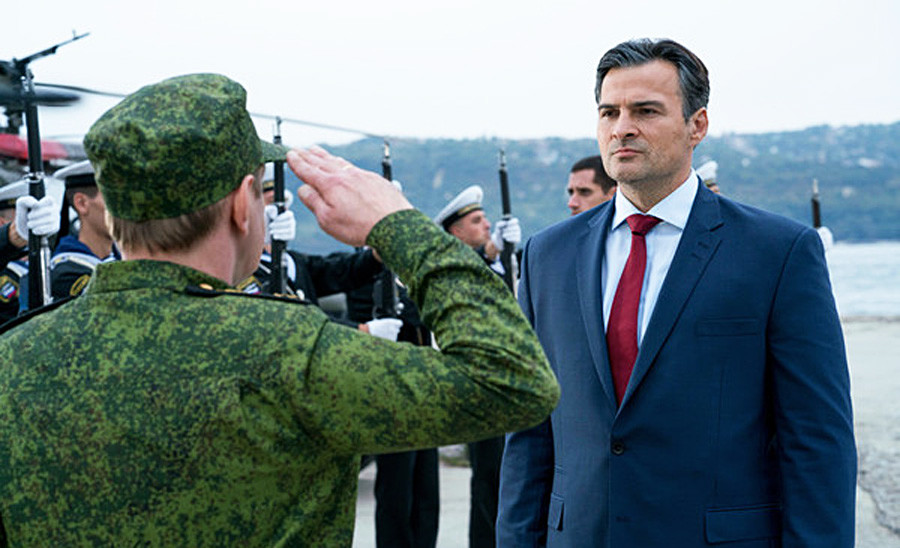 President Zakarin is as virile and masculine as anyone can possibly imagine a Russian president to be. When he is toppled, as a result of a coup d'état led by his Defense Minister, Dmitriy Durov, he is taken hostage and is kept under constant watch by armed traitors.

A team of U.S. NAVY seals, who happen to be in the right place at the right time (of course!), come to his help and pull off a brilliantly executed, bold rescue operation.

But President Zakarin is such a macho character that he just won’t rely on U.S. NAVY seals to do the job for him. With a gun in his hand, he eagerly jumps into the fight and shoots the pursuers off, saving his own life and the lives of the U.S. soldiers. No, the highest office hasn’t softened this version of the Russian president one a bit! The only scene that’s missing is one with a topless President Zakarin taking on wild bears!

This Russian president from the 1997 movie Air Force One is a spineless sellout, playing a middleman between the good (U.S. President James Marshall) and the evil (Kazakh General Ivan Radek).

Petrov is a helpless pawn, stuck between a rock and a hard place. Yet, there are no doubts as to whose side he is on and his intentions are as clear as day: Petrov, and his country, is an unquestionable ally of the United States and its President James Marshall.

In a scene set in Moscow, Petrov introduces Marshall as an “honorable and brave man”.

It’s understandable: according to the film’s plot, in 1997, the U.S. and Russia had a common enemy to team up against: Kazakhstan, General Radek and his terrorist rogues. Riiiight! 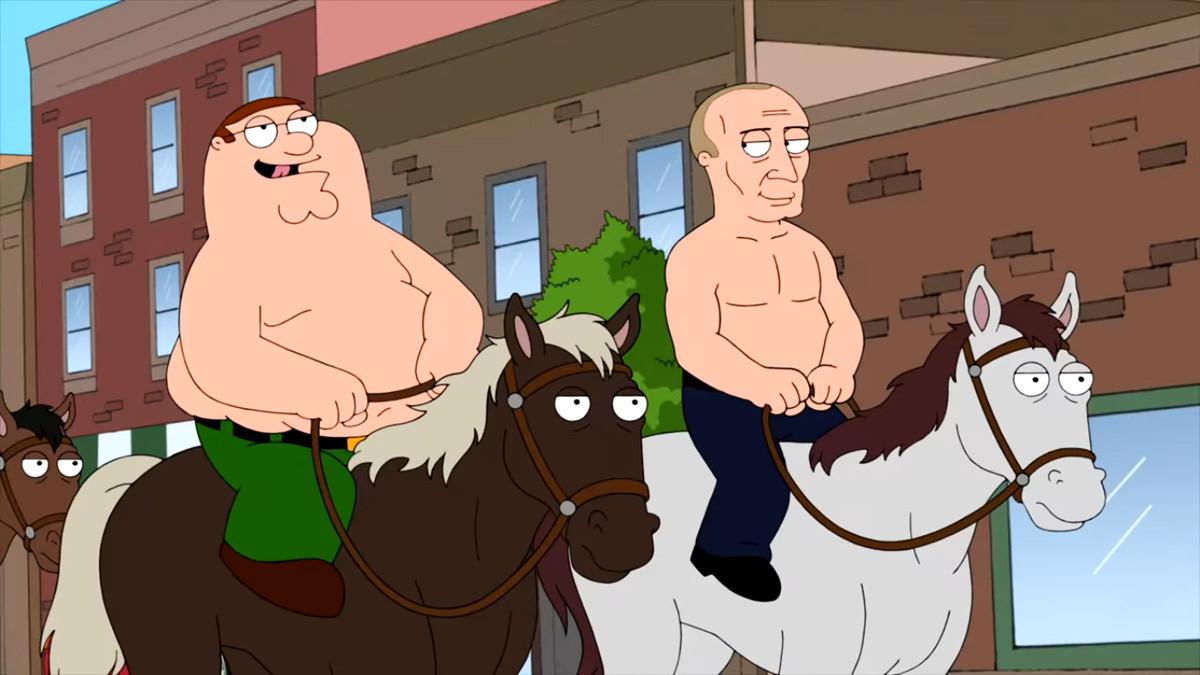 This cartoon Russian president is so likable it’s no surprise Peter Griffin enjoys hanging out with him so much. They both also share a passion for riding horses while shirtless on a nice sunny day.

Since the TV show claims there’s no Russian word for “friend” [there actually is], Vlad invites Peter to Russia to be his friend. Awww...

Like any other friends, though, Vlad and Peter have the occasional fall out sometimes: 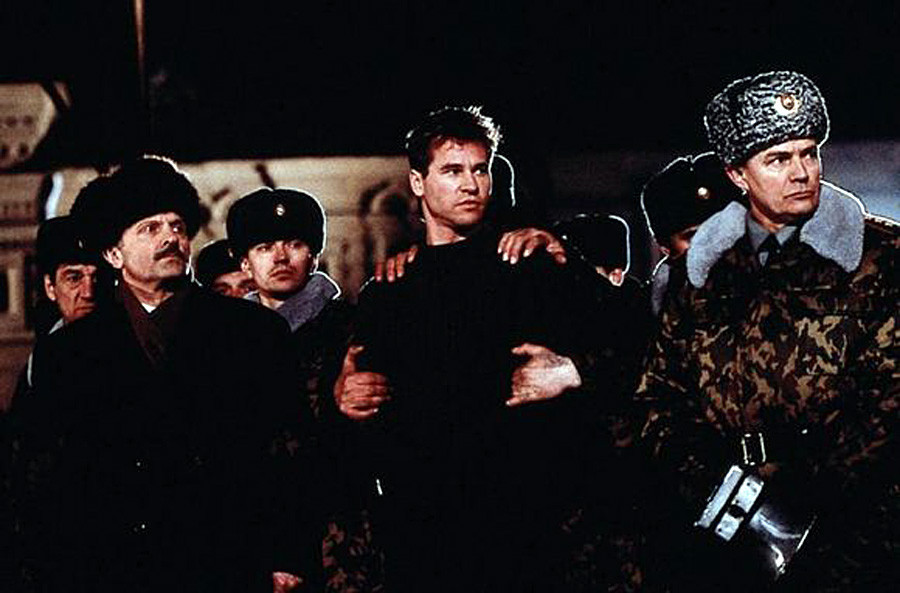 The Saint’s plot is as bizarre as plots can get: Russia is on the verge of collapse because oligarch Ivan Tretyak has stolen all the energy in the country. Now, freezing citizens are looking for a scapegoat. In enters President Karpov.

Karpov is not a malevolent character: his intention to stop the oligarch is noble. He is ready to fight, if not for the sake of his people, then for his office. And in a democracy, you have to keep people happy to remain in the office.

In The Saint, the president is an average statesman: he has no hero syndrome, but he won’t yield that easily, either. Although he puts up some resistance to the evil-minded oligarch, he ultimately escapes tragic fate, only thanks to the efforts of an international thief who changes sides in the course of events and comes to Karpov’s rescue when he needs it the most.

After all, isn’t the art of statesmanship all about keeping your friends close and your enemies closer?

Tired of fictional characters? Click here to see 5 real Putin lookalikes from around the world.