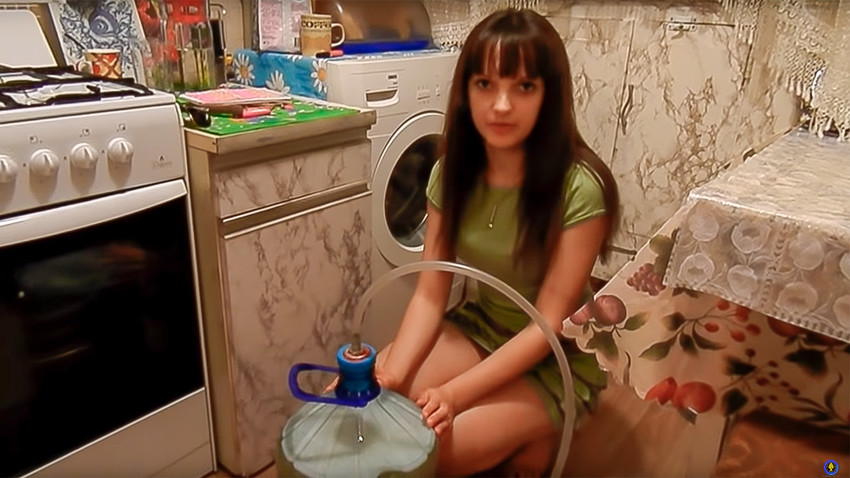 SAMoVAR TV
How to cook an egg whites-in? Translation: how to get millions of views on YouTube?!

1. How to open cans with your BARE hands – 12 million views

Take a can and crumple it in two places on the sides: the resulting dents should be almost touching to form the top of an unfinished triangle. Then, hard manual labour comes into play: begin compressing each side in rapid movements. As you’ll be compressing one side, the other will decompress automatically. Keep sweating until the can breaks in half in your palms. Simples!

Yes, we know you didn’t know that this was even possible (!), but there sure is, so be sure to pay attention to this lifehack! Take a lighter and shine an egg through. You’re good if it’s bright yellowish. Completely cover the egg with duct tape. Then, put the egg into women’s pantyhose (yes, pantyhose. Don’t worry, it’s only going to get weirder). Make firm knots on each side of the egg so it holds firmly in the pantyhose. Now, give the egg a hell of a spin for a few minutes. Check if it’s ready using your lighter – if the egg’s darker than it was, you’re good to go. Remove it from the pantyhose, but keep the tape. Now boil the egg. Put it in icy water when ready. Remove the tape. Cut it. Embrace for impact!

3. How to set up a drip irrigation system with just a bottle – 6.7 million views

You’ll need it if you have a dacha (country house) and be growing some vegetables there. Take a 5-liter (1.3 gal.) plastic bottle of water. Puncture the bottle symmetrically in four places around the bottom (don’t worry, it won’t drip much). Dig a ditch in the middle of vegetable patch, so that each of the holes faces roots of the plants growing in the patch. The bottle’s top part must protrude from the surface, however its body has to be buried; remember, the cap must be closed tightly. And voila, your drip irrigation is set!

When the author of the video asked the audience to contribute 50 rubles to his card after watching it, he couldn’t imagine the video would get millions of views. Is he a millionaire now? We wonder that, too.

Freezing water is absolutely more popular pastime than boiling it… maybe because it looks like a magic trick viewers can use to impress their friends with. Take a full bottle of water and put it in a freezer with a regulated temperature of -19°C (-2.2°F). Leave it for 90 minutes. Then, carefully take the bottle out of the freezer, so that you do not shake it. Call your friends and relatives to amass an audience. Finally,  slowly lift the bottle into the air and hit it against a table surface with a sharp abrupt jolt. The water should freeze in front of your eyes! Wow! Magic!

Take an old shabby Soviet apartment, a 20-liter (5.2 gal.) can, 4 cubes of pressed yeast, and 2 kg (4.41 lbs) of sugar. Warm water on a stove, pour the sugar in it, stir until it dissolves, then pour the resulting mass in a can. Then you boil some more water, add yeast until it dissolves, then mix it with the sugar water and seal the can… The recipe might be weird... but not as weird as the video itself!