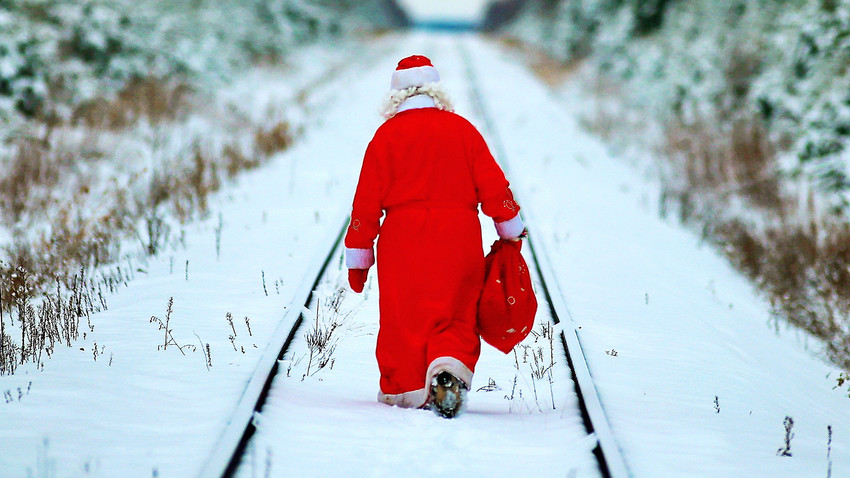 Vladimir Smirnov/TASS
For many of us, the fondest memories of childhood have to do with our parents and grandparents doing their utmost to sustain our faith in Ded Moroz – or Santa Claus, as he is known to the English-speaking world.

That period in our lives when we believe in Santa Claus is magical for every Russian child. We abandon all doubt and shame without noticing what is right there in front of us. Oleg, 27, remembers himself as a five-year-old who never tried putting two and two together whenever his father was ‘suddenly’ missing right around the time Ded Moroz was (Father Frost in English) was supposed to make an appearance. Meanwhile, it never even occurred to George, 35, that all his letters to Santa were picked up by his mother after they were being thrown out the window of their apartment block “for Santa to snatch up and read”.

In time, everyone’s faith in Santa is shaken in the most tragic way. Alexandra, 32, told us: “I lay in wait, ready to ambush Santa as he flew through the small window (even worried that we had metal bars on the ground floor of our building, where our family used to live)... what I saw instead were my parents, quietly laying gifts underneath the Christmas tree.”

Figuring out his identity 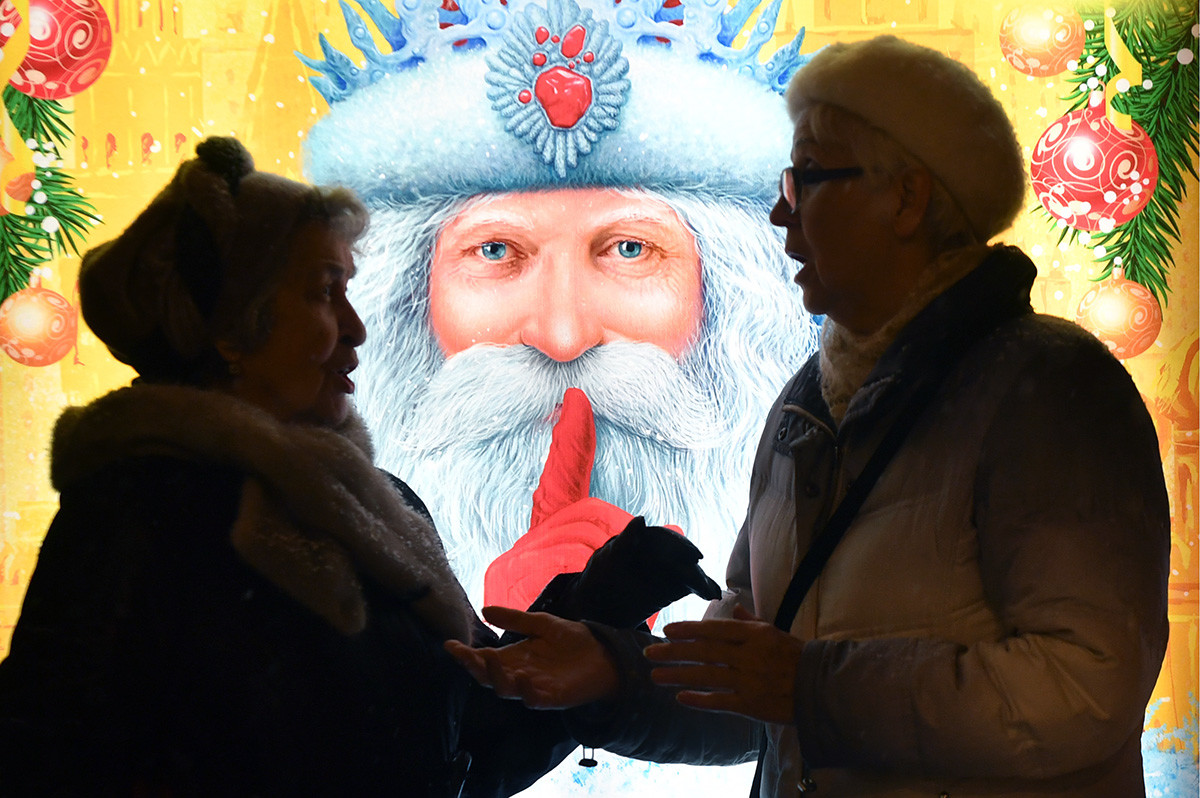 But there are more action-packed stories than that. “One of my first ever New Years, I remember Dad dressing up as Santa. I was five at the time, and didn’t notice a thing,” Oleg remembers. “It was a Hollywood-style flashback that brought me back to reality a couple of years later when it suddenly occurred to me – ‘it’s all a lie!’”, he remembers. The straw that broke the camel’s back was when that morning Mom had made me a party costume she dubbed the ‘Mysterious Person’ – it was a cardboard-fashioned top hat, a black cape, and a tartan-style cardigan. Fancy! The moment Ded Moroz was through the door, he immediately started addressing my Mysterious Person alter ego, which led me to quietly compliment his investigative skills. It wasn’t until two years later that I’d finally snapped out of it, and went to interrogate Dad about his role in the charade. He fessed up to the whole thing.”

Children can sometimes become the main attraction in the ‘Santa show’ on New Year’s night. Like Gleb, 33, who remembers his faith shattered at age five, when his mother had dressed him up as Ded Moroz to “go and wish Happy New Year to the nice old lady next door. That pretty much removed all doubt.” 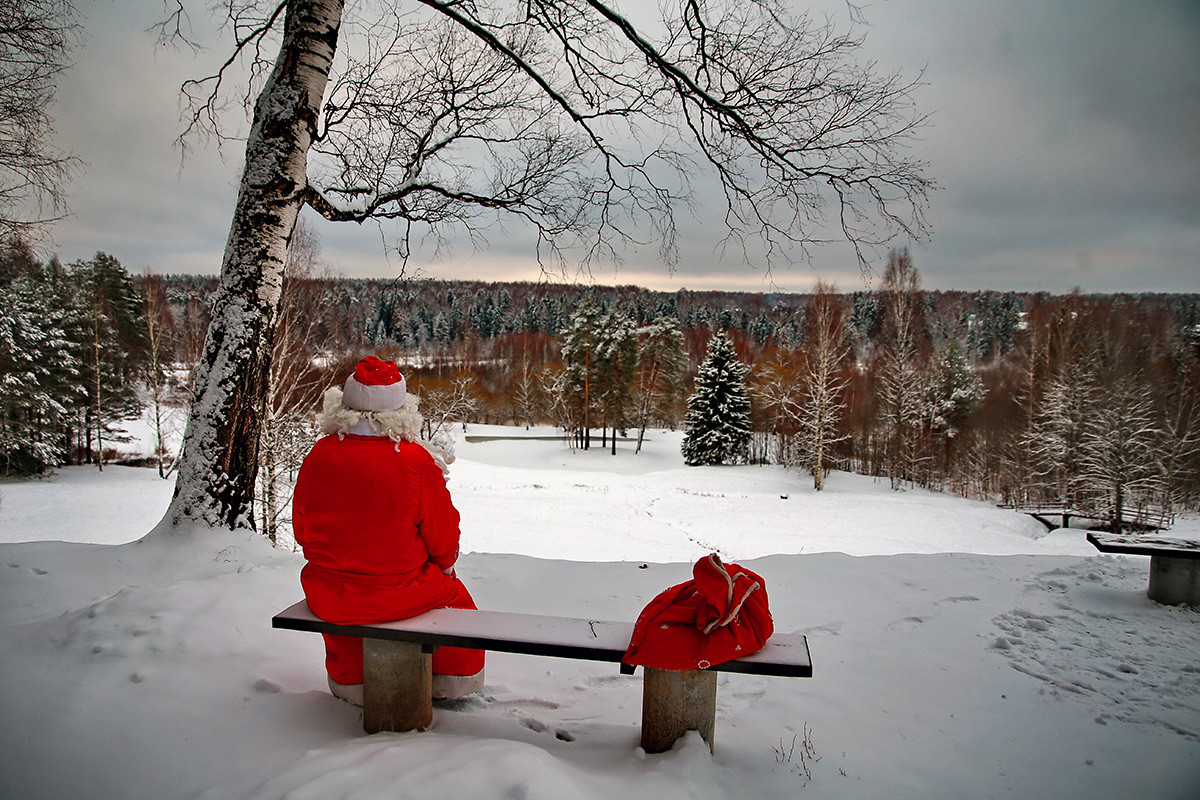 Every parent has their own commitment level when it comes to preserving the legend of Ded Moroz. For some, it’s a matter of honor, as Katya, 25, tells us: “I used to be the most suspicious member of the family right around midnight, trying to figure out how Ded Moroz makes his way through the window leaf,” she says. “But instead, all I saw was my parents getting increasingly fidgety as they tried to make their way past me to the room with the Christmas tree. When it finally dawned on me, I said firmly: ‘Enough of the show! I know everything!’, but my parents simply carried on with the roose and denied complicity, blaming the gifts on Ded Moroz and whatnot.”

At other times, Russian parents have been known to dispense with the mystery altogether. But that’s when the older generations join in helping out. Vasiliy, 31, talks about having known his entire childhood that it had been his parents delivering the presents. But the magic was kept alive by his grandmother, who used a “Magical Fridge”, which was really an old “ZiL fridge, which had a small compartment where I would find a letter from Ded Moroz, with a present left in the fridge at the appropriate time,” he says. “But around age six, I’d finally understood that the fridge was indeed not magical – although my grandma had prepared for this as well: she’d left a heartfelt letter inside saying that the fridge was now old and the magic was over.”

Sadly, New Year’s celebrations in the modern age are chock-full of every kind of Santa or Ded Moroz there is, which confuses the children as to whether there’s anything special or unique to the character anymore. Maria, 34, remembers her four-year-old daughter asking her: “Is Ded Moroz a sort of profession?”

Tell us in the comments about your own experience of the happy old man with the white beard. Did you believe? How did it end? Or are your traditions different altogether?