Why the Christmas tree in Russia is not about Christmas. Wait, WHAT? 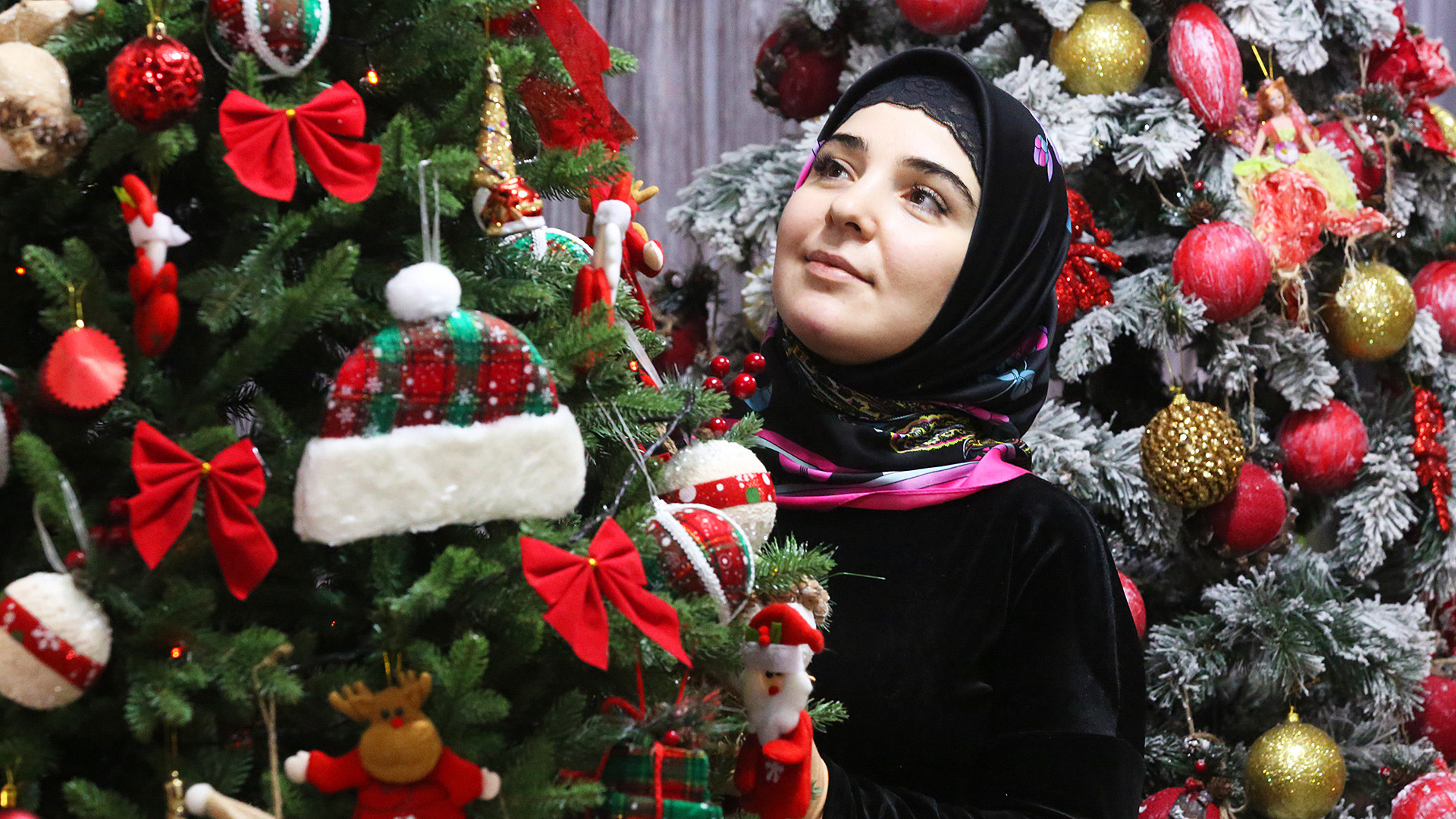 A Muslim woman shopping for New Year ornaments in Grozny.

Yelena Afonina/TASS
It so happens that people of any faith - even Muslims, Jews and Buddhists - love to decorate the Christmas tree in Russia. But do you know why? 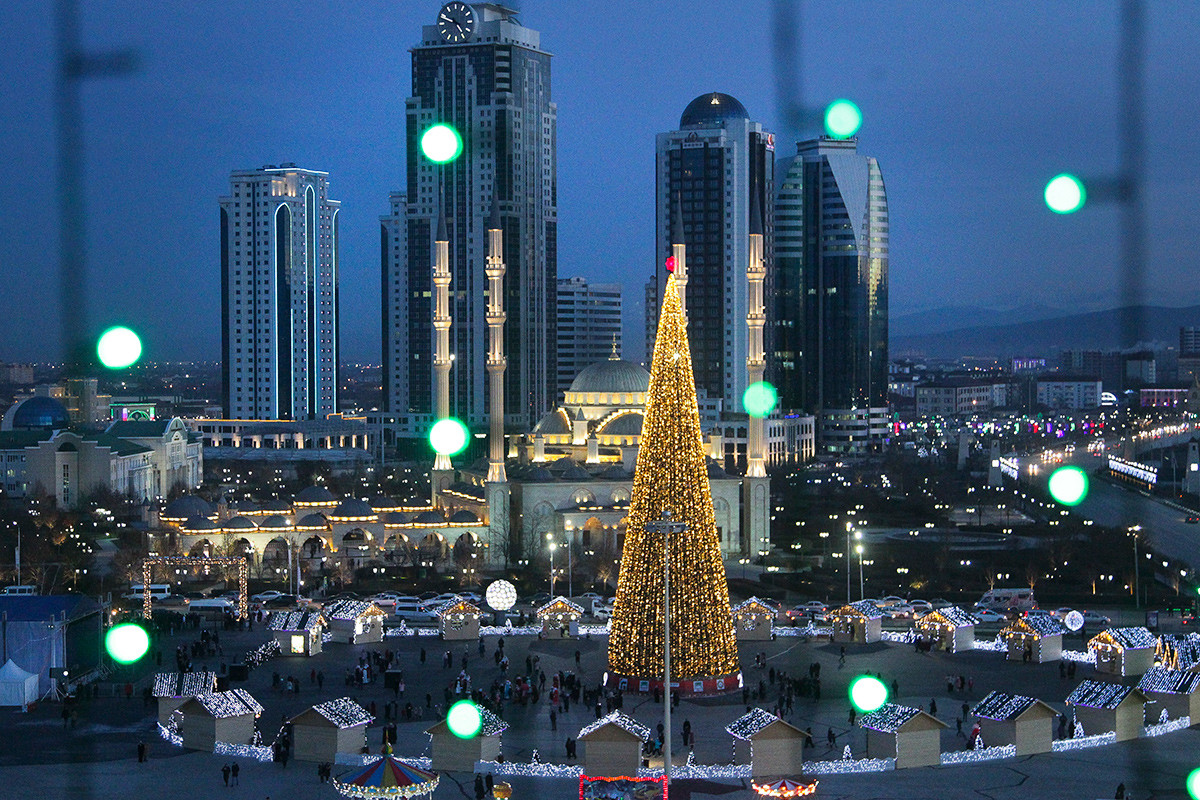 A Christmas tree and skyscrapers are illuminated for New Year celebrations in downtown Grozny, the capital of Chechnya.

Above is the city of Grozny, the capital of the Chechen Republic, where most of the residents are Muslims. A huge Christmas tree is shining right next to the Akhmad Kadyrov Mosque (one of the biggest in Russia). People are browsing for gifts at a traditional Christmas market, while kids are having fun in the amusement area. 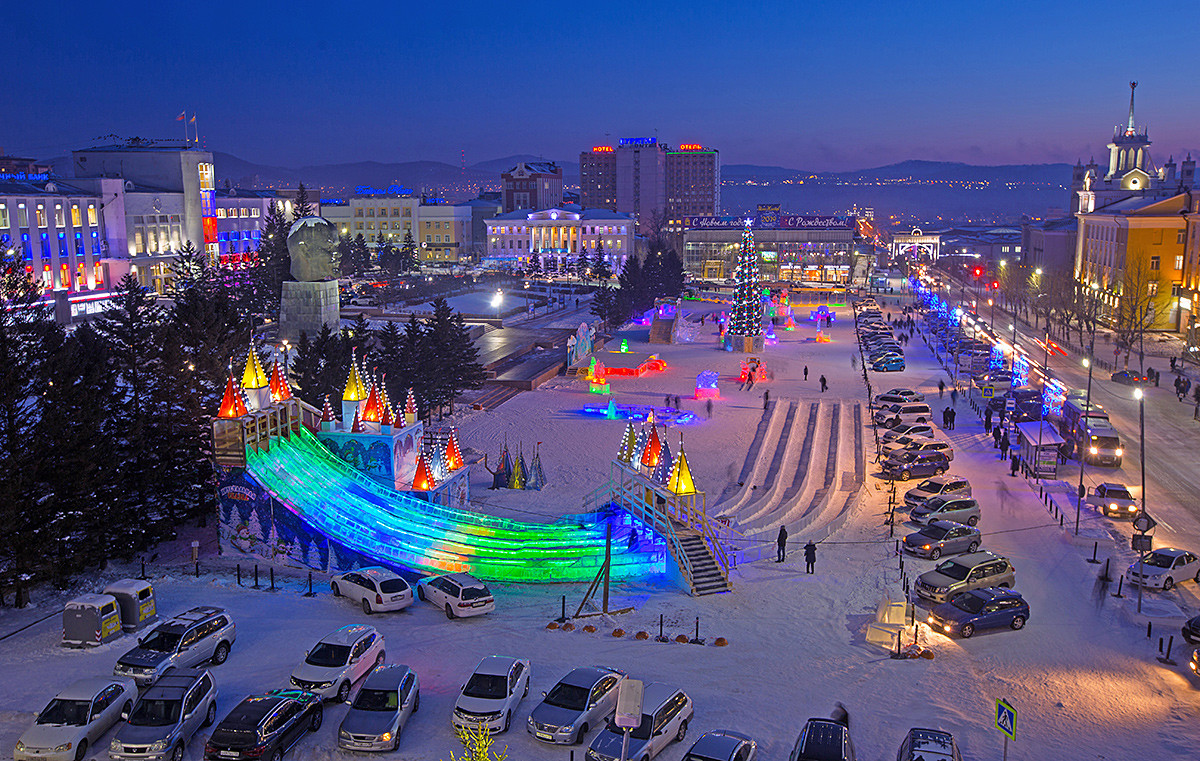 This is Ulan-Ude, the capital of Buryatia, one of the Buddhist regions of Russia. A Christmas tree is standing on the main square (named after Vladimir Lenin, the Bolshevik leader and sworn atheist).

Of course, neither Buddhists, nor Muslims celebrate Christmas, but if you come to Russia in December, you’ll be blinded by the lights of Christmas trees everywhere. And they’re located not only outside – according to a poll, 82 percent of all Russians decorate a fir tree at home (in total, over 90 percent of people have some kind of Christmas-themed decorations inside).

It’s not about religion

The tradition to decorate the fir tree came to Russia from Europe at the beginning of the 18th century, after the Tsar Peter the Great’s ‘European tour’: he ordered to have a Christmas tree (Russians used to celebrate Christmas on December 25, like Catholics) decorated and celebrate the New Year on January 1. However, it was popular mostly among the German Diaspora in St. Petersburg until the mid-19 century, when the first festive fir tree was set up in the now-Moskovsky railway station. And people liked it and started to decorate their own at home! Even Russia’s most famous ballet by Petr Tchaikovsky, The Nutcracker, is set “under the Christmas tree”. 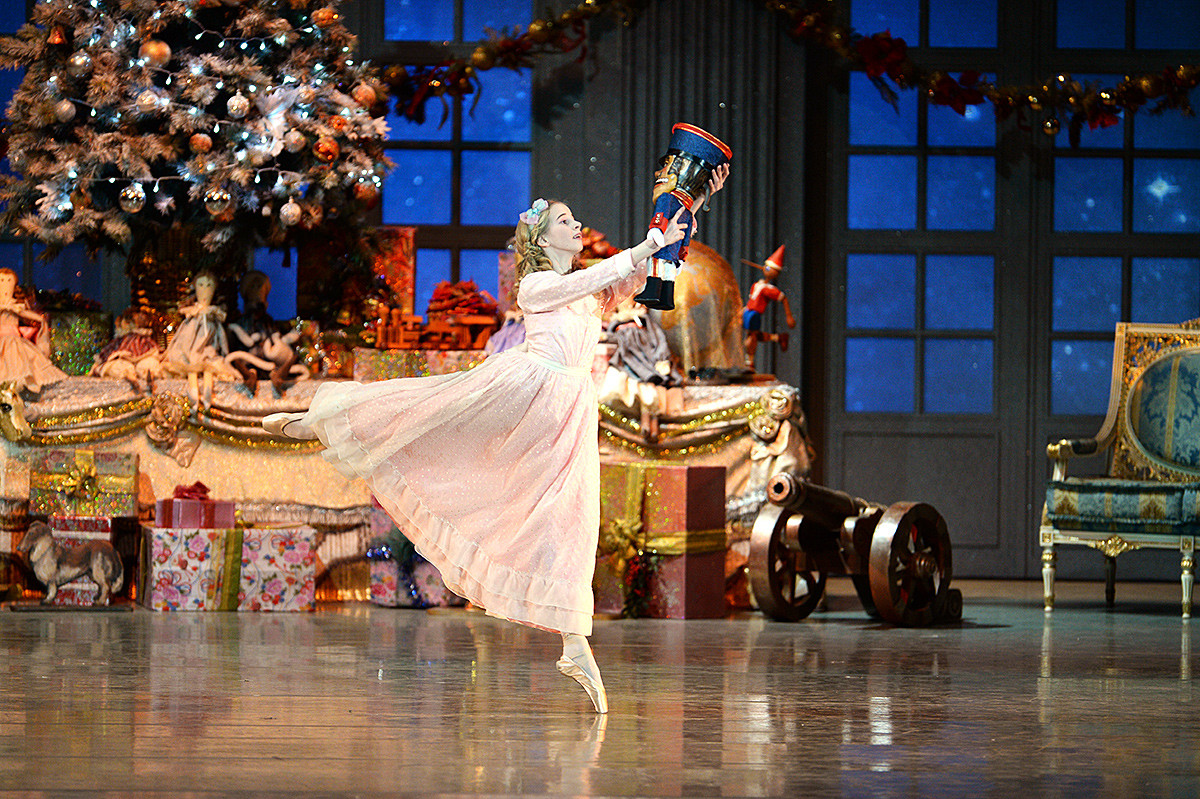 A scene from Pyotr Tchaikovsky's The Nutcracker choreographed by Igor Zelensky for the Novosibirsk Opera and Ballet Theater.

After the Revolution, the Bolsheviks tried to substitute (“bourgeois”) religious holidays with secular ones. In the 1930s, they began organizing New Year parties for Soviet children, which were called “yolki” (“fir trees” in Russian). These “yolki” usually included a performance with Father Frost (Russian Santa Claus) and Snow Maiden, plenty of activities and sweet presents. The new tradition spread across the Soviet Union fast. That’s how the Christmas tree transformed into the New Year tree for Russians, and the New Year is still the most-awaited holiday for all people in Russia (and former Soviet republics). 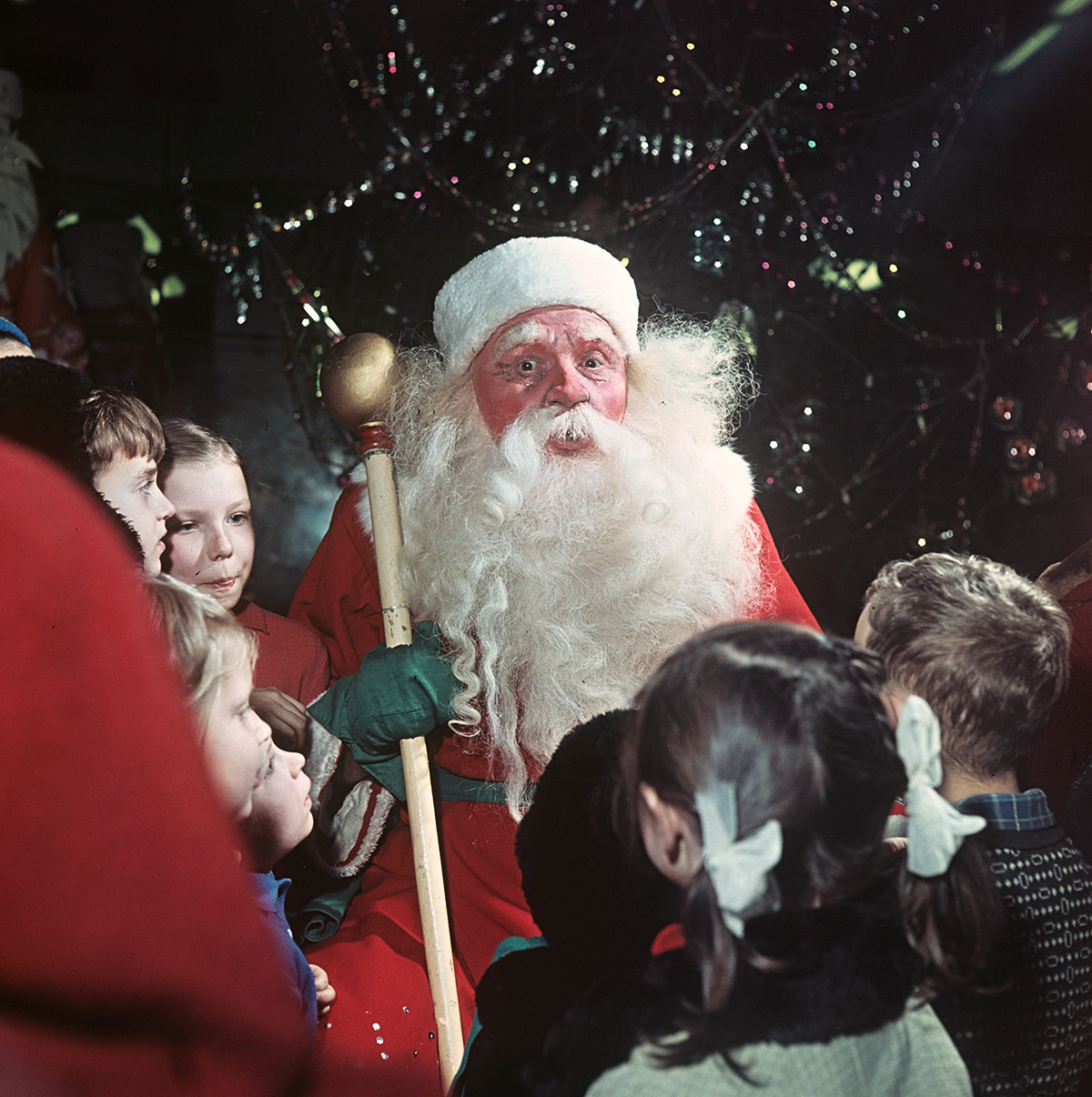 Alexandra Karlinskaya from Moscow was raised in a non-religious family, and for them, the New Year was always a very important holiday. “At the end of December, we solemnly decorated the fir tree with my mother, cooked up delicious food and invited guests. When I was a child, it was like magic, like in American films.” Several years ago, she started to follow kashrut (foods that Jews are permitted to eat according to Jewish law) and added Jewish holidays. “Still, I don’t plan to reject the fir tree, tangerines, and champagne on December 31!” For her, this tradition is not related to any religious prescriptions, it’s just “a reason to gather with close people, exchange gifts and have fun!” For George Pitchkhadze with Georgian and Israeli roots, the festive tree “is that much Christmas as it is Hanukkah – and we often call it the Hanukkah Bush.”

Merry time for children… and days-off for adults! 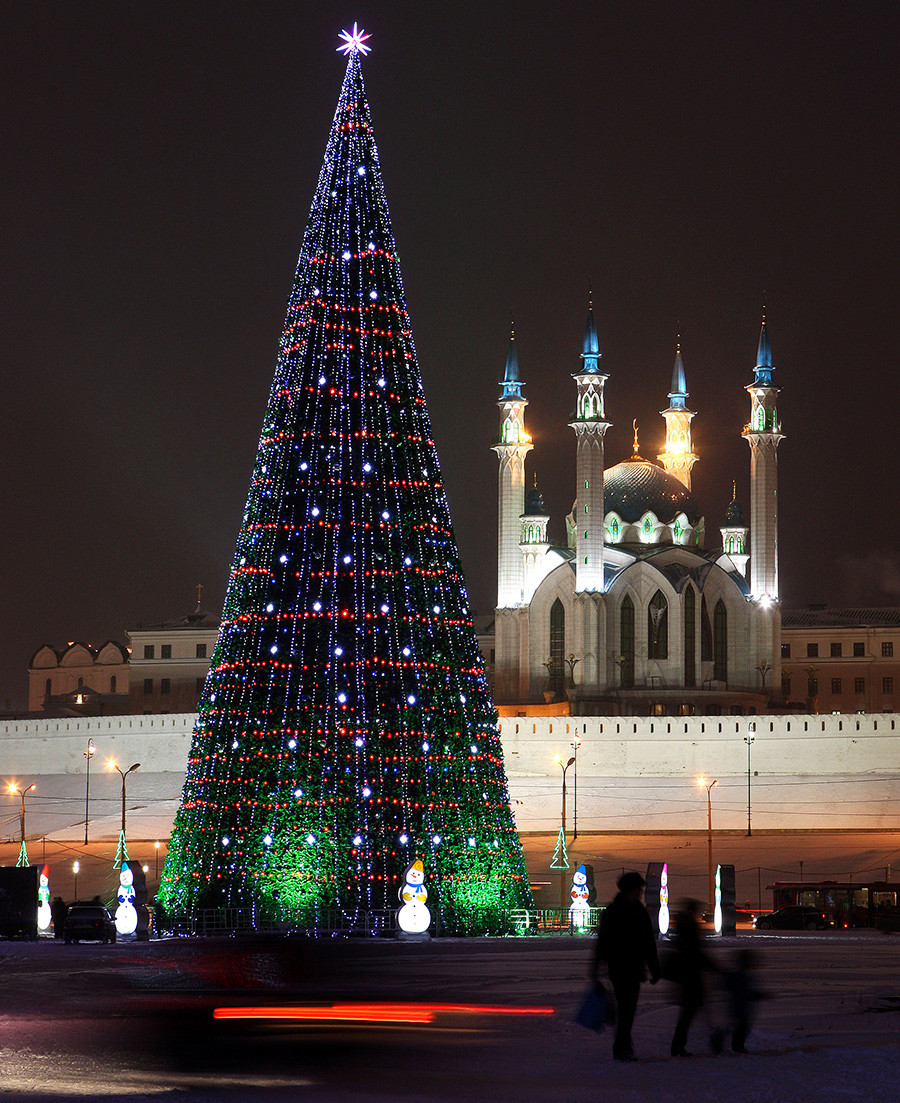 People pass by a New Year's tree, with the Kul Sharif Mosque in the background, in the Russian city of Kazan.

Today in Russia, there are official winter holidays from January 1-8 (which includes Orthodox Christmas on January 7), that are observed across the country. However, in some regions where most locals are non-Orthodox Christians, there are additional official religious holidays. 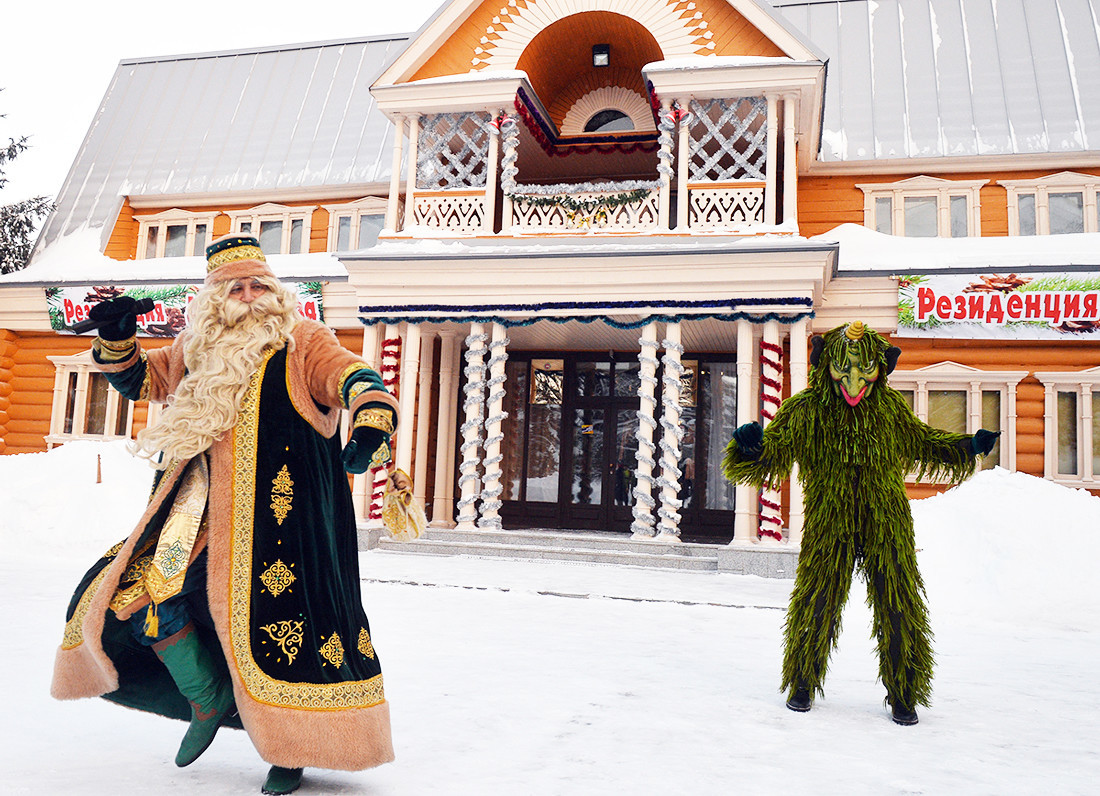 For example, in Buryatia, Tyva, Altai Republic, and Kalmykia, locals celebrate the Buddhist New Year called Tsagaan Sar (usually in February). In Muslim Chechnya, Bashkortostan and Tatarstan there are also days off on Eid al-Fitr and Eid al-Adha. And yet, they all still decorate a Christmas (or actually New Year) tree at home. 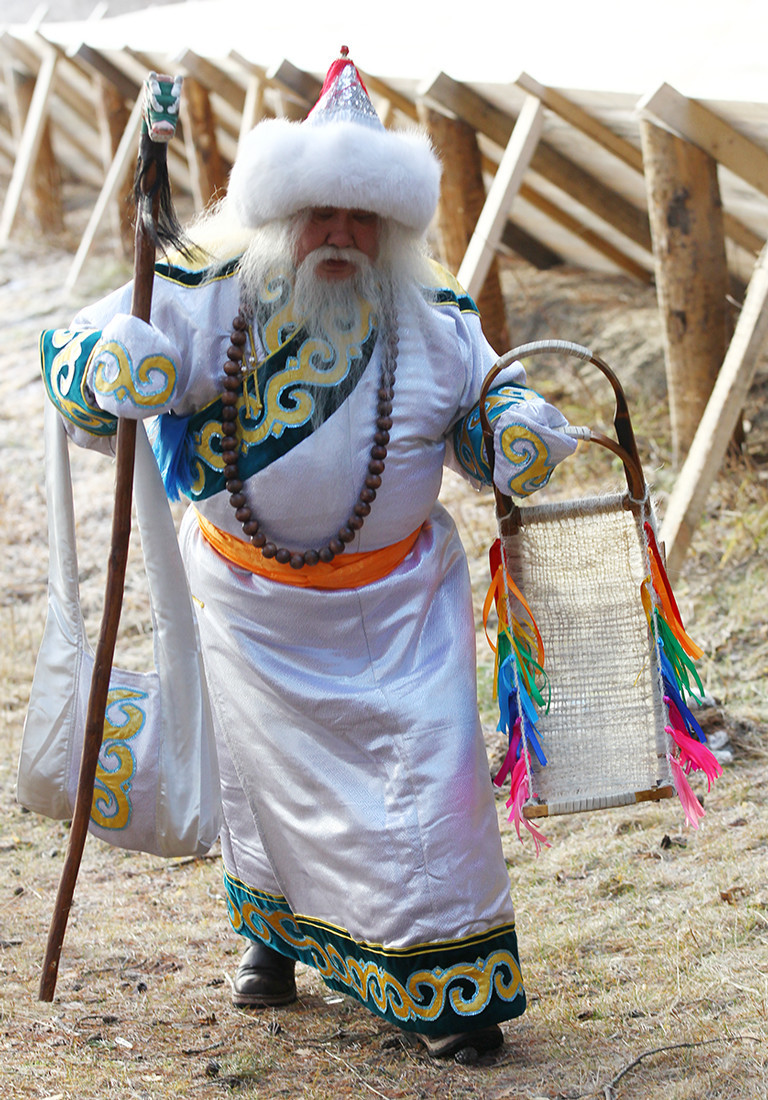 And what’s more interesting is, each different Russian regions has their own Santa, a white-bearded gift-bearer in a bright costume. In Tatarstan, he’s called Kysh Babai, in Buryatia - Saagan Ubugun, in Yakutia - Ehee Gyul. 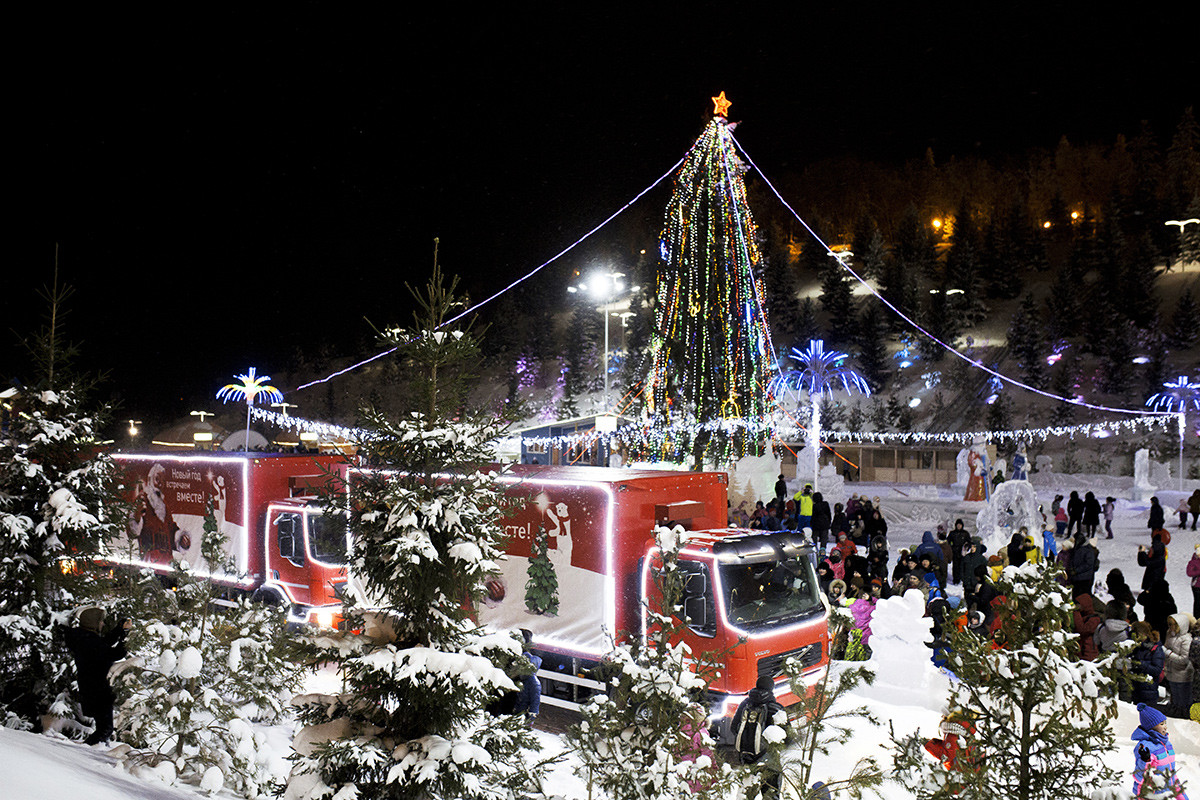 Coca-Cola's trucks arrive at Kashkadan Park for a charity event in Ufa.

“For me, there is no link between any religion and the New Year tree. It’s just a symbol of the New Year, and the feast for children,” says Munir Minibayev from Ufa, Bashkortostan, who follows Islam. “This is our tradition from the Soviet times, when we didn’t divide people on religious grounds.” He says that in Bashkortostan, it’s common to people of different confessions to marry each other and of course, celebrate holidays together.