How Russians in the North battle depression 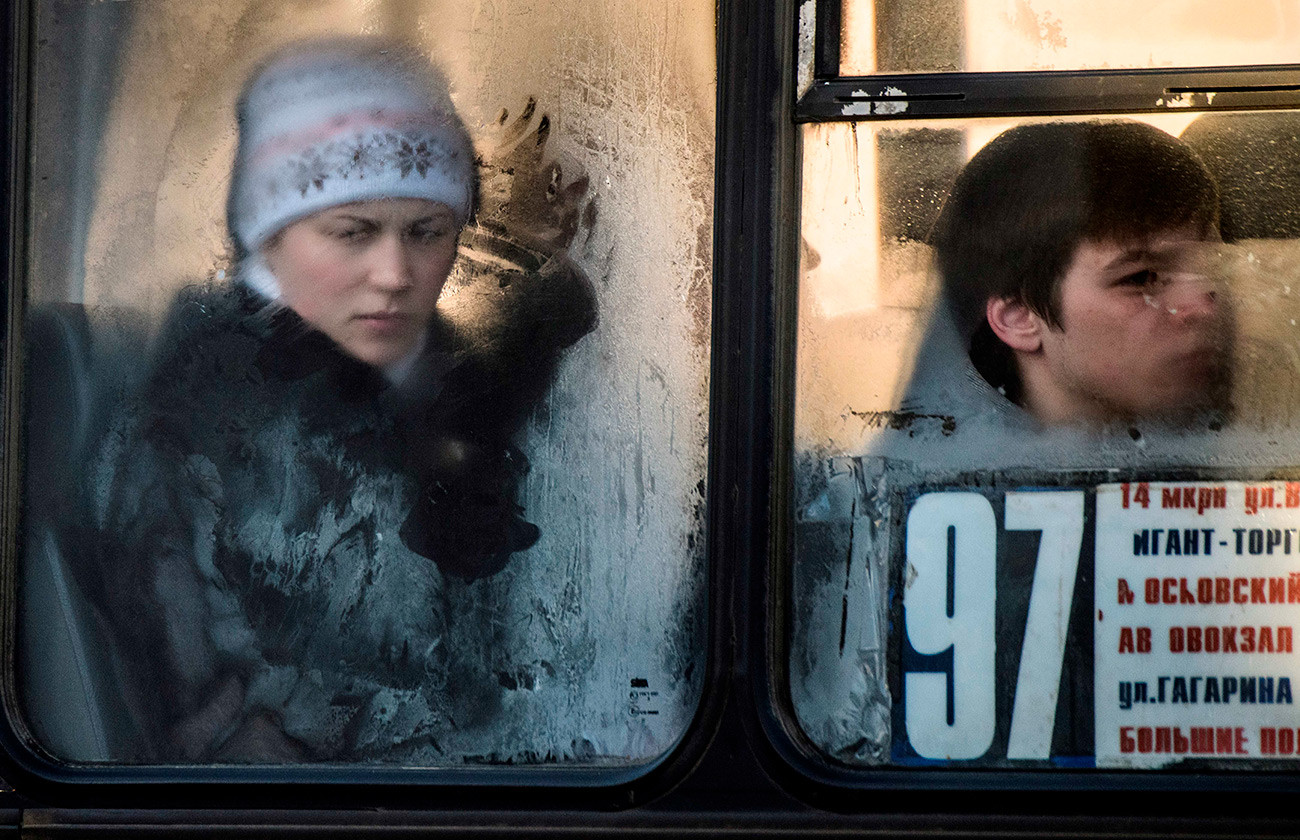 AFP
How to enjoy life when all around is darkness and despair, not to mention the crumbling buildings?

Every morning, from October to May, Dmitry leaves the gray five-story building where he lives and heads out through the snowdrifts to his parked car. Inside, it feels like a coffin made of ice. Nothing is visible through the windows because of the encrusted snow. Even if there was, it wouldn’t be a great view.

Dmitry contemplates the fact that it will be dark when he gets back from work too — in fact, he won’t see the sun for at least a few more months. 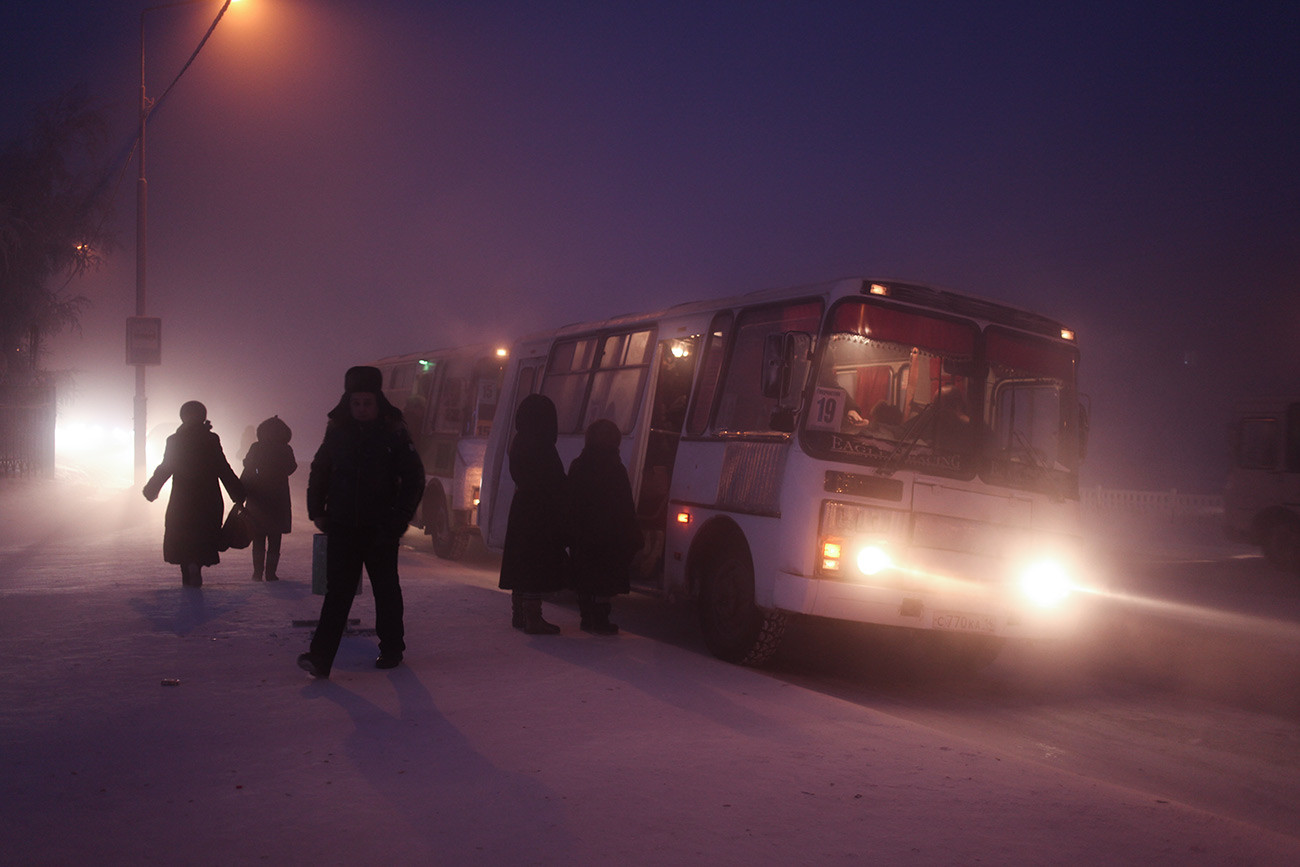 Dmitry, a 26-year-old navy serviceman stationed in Murmansk, faces a daily battle with depression caused by the long polar nights. He is not the only one. According to Zurab Kekelidze, head of Serbsky State Scientific Center for Social and Forensic Psychiatry, 8 million people in Russia (5.5% of the population) suffered from depression in 2017. Moreover, psychopathologies are more frequent in residents of the Far North, according to statistics of the Russian Ministry of Health for 2018.

“I come from Voronezh originally. My wife and I moved to Murmansk in 2012 because of my job. It’s 2,500 km from home, and the weather sucks. My first thought when I saw the place was what a s***hole,” Dmitry recalls his first acquaintance with the Far North.

He says that the days pass quickly, but routinely.

“You leave work, and it’s already pitch-dark outside. You don’t even have the energy to go to the store. And you still have to take your daughter out for a stroll, even though there aren’t any decent playgrounds here,” he complains. 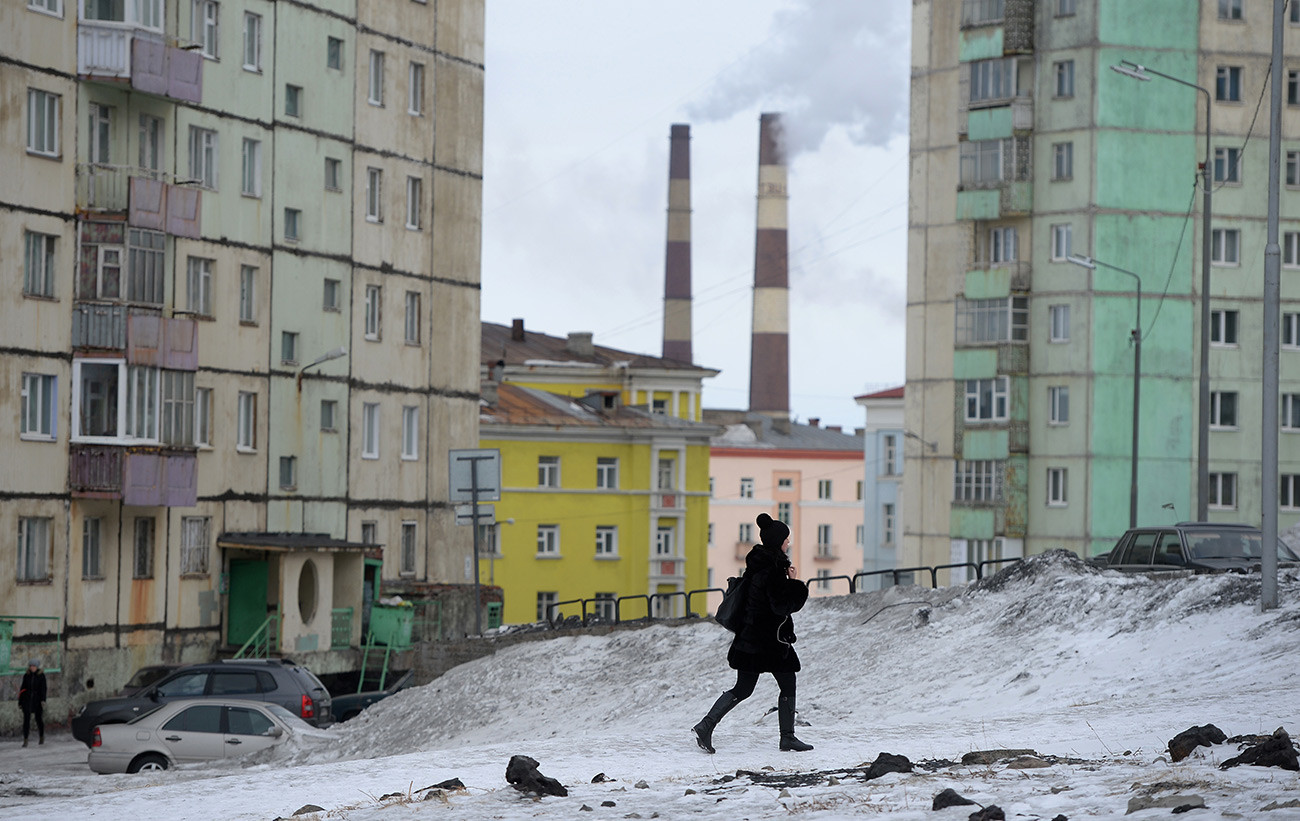 It's not just the cold and frost, says Dmitry. The underdeveloped infrastructure, low salaries, and high food prices are equally depressing.

“Rents are high in Murmansk, and wages don’t exceed 28,000 rubles ($440) a month. And even though it’s a port city, fish here costs the same as in Moscow,” says Dmitry, perplexed.

A year ago, he bought a rear-wheel drive Toyota Mark2, and is how learning to drift in the snow. “It gives me an adrenaline shot, and my mood improves dramatically,” he says.

However, Dmitry is sure that depression is inevitable in such conditions. He plans to work a few more years under contract, and then return to Voronezh. 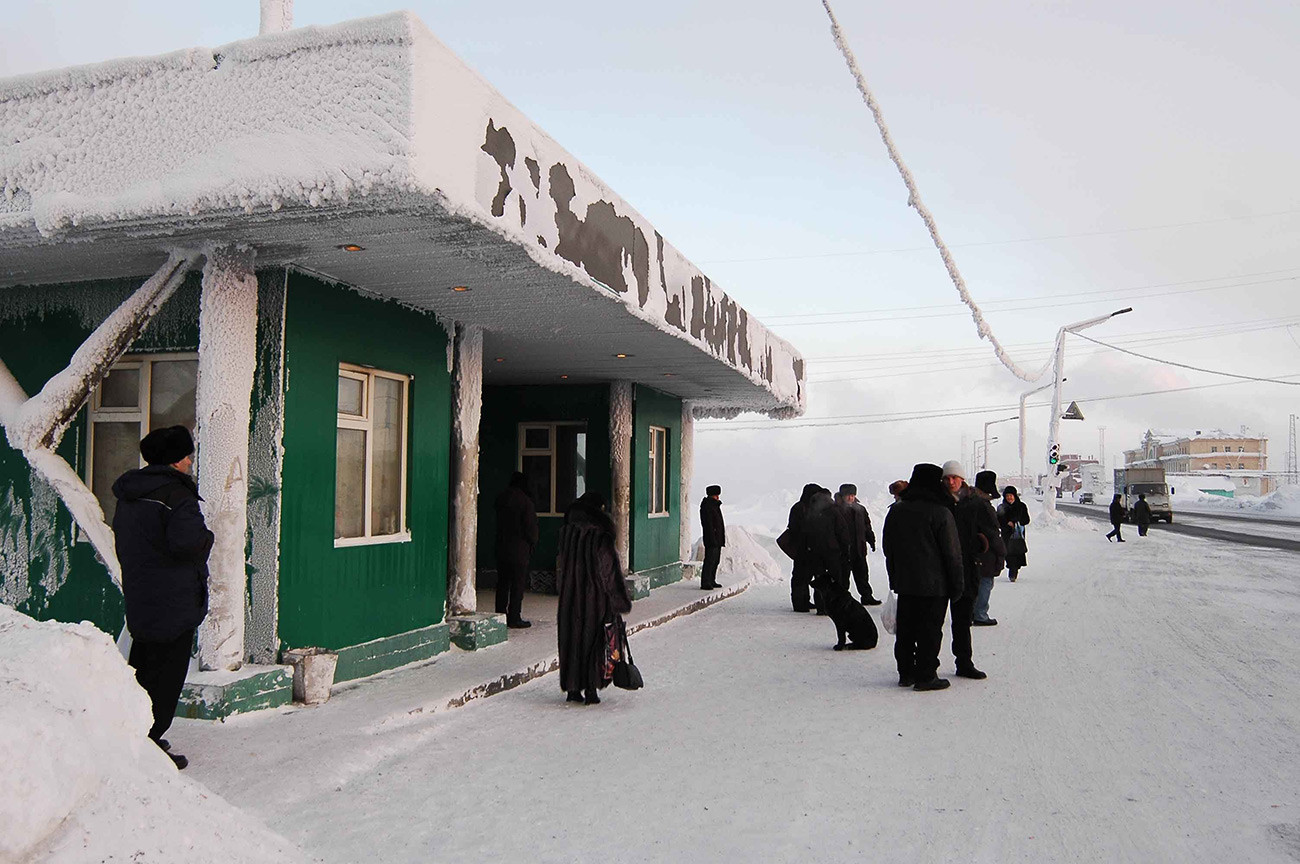 Kristina, a 29-year-old manager from the neighboring city of Apatity, often suffers from mood swings and lack of sleep during the polar nights.

“I hate getting out of bed in the morning. Sometimes I sleep at work, and sometimes consume energy drinks to feel less lethargic. And something sweet — if I don’t have that at least once a day, I’ll feel rotten,” she reveals.

In the words of Evgeny, a 28-year-old metalworker from Norilsk (one of the coldest and most polluted cities in the world, where platinum, gold, silver, nickel, and copper are mined), many residents find solace in alcohol. But for him, silence is a better cure for anger and depression. 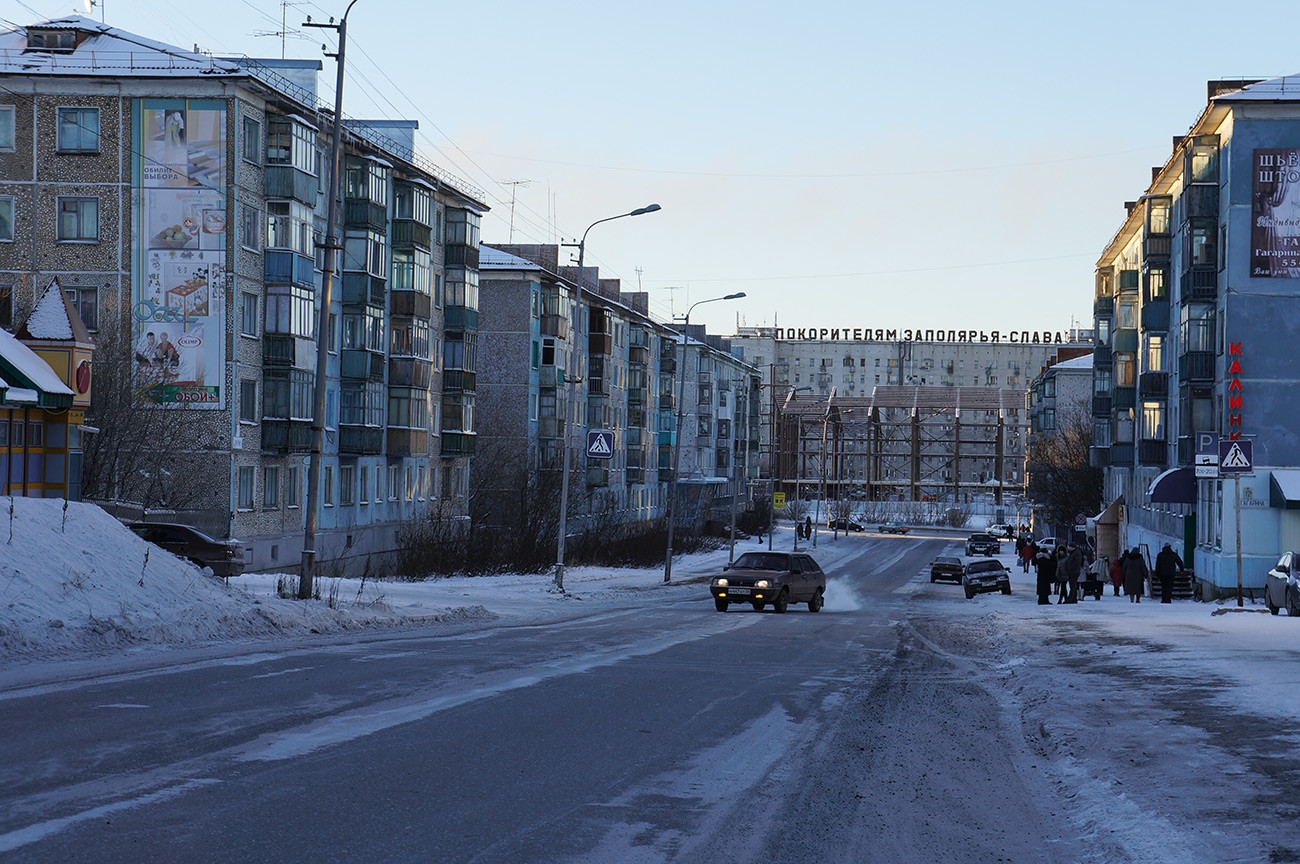 “We try to escape the blues through hard work. But today that didn’t help either. My good mood changed to anger in a split second,” complains Evgeny.

When this happens, he tries to distract himself with pleasant thoughts, such as traveling to a warm country. So as not to burden his family with his dark mood, on coming home, he goes to bed almost immediately, hardly saying a word to anyone.

“Hobbies provide some distraction. In childhood, I did folk dancing to keep my mind off the cold — 11 years in all. But I gave up, and now just do cooking,” he says.

Let there be light (and group therapy)

Such depression is primarily due to a lack of sunlight, psychologist Olga Valle is sure. But depression in the autumn-winter period is also common in big cities, where the condition is exacerbated by light and noise pollution.

“The best rest for the brain is complete silence and darkness, with minimum stimuli from the outside world. Such luxury is practically impossible for big-city residents,” she explains. "Poor sleep and disturbed rest patterns inevitably lower people’s immunity and sap their strength no less than the polar nights do.” 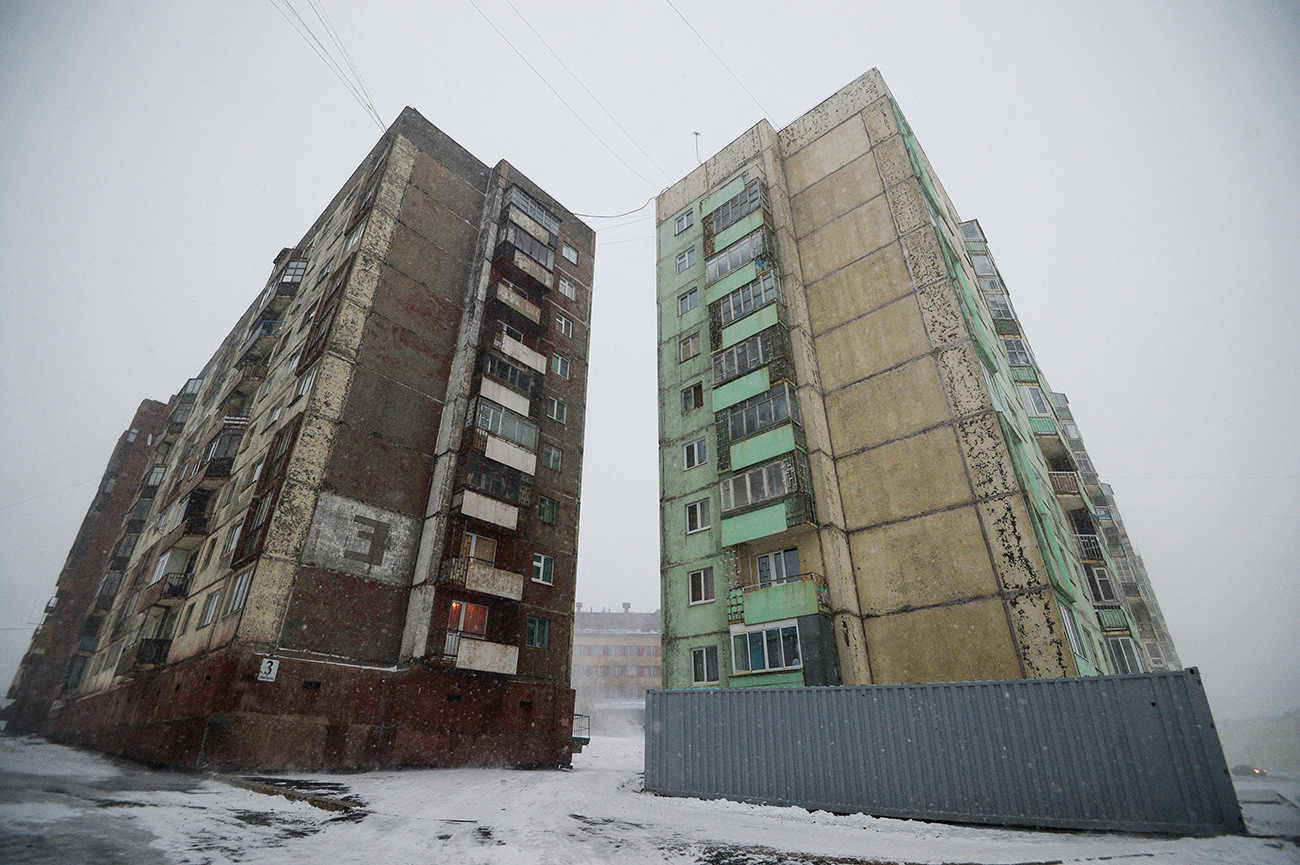 At the same time, Russians rarely attach importance to the first signs of depression, which also aggravates the situation.

“For Russians, a bad mood is no cause for concern. If there’s no physical pain, things will be all right, that’s the way people think,” says Valle.

To cope with mood downturns during the polar nights, it’s important to eat regular hot meals, dress warmly, and get plenty of good-quality sleep. It’s also possible to buy an alarm lamp that simulates dawn, the psychologist advises. If the condition does not improve, help should be sought from a psychologist or neurologist. 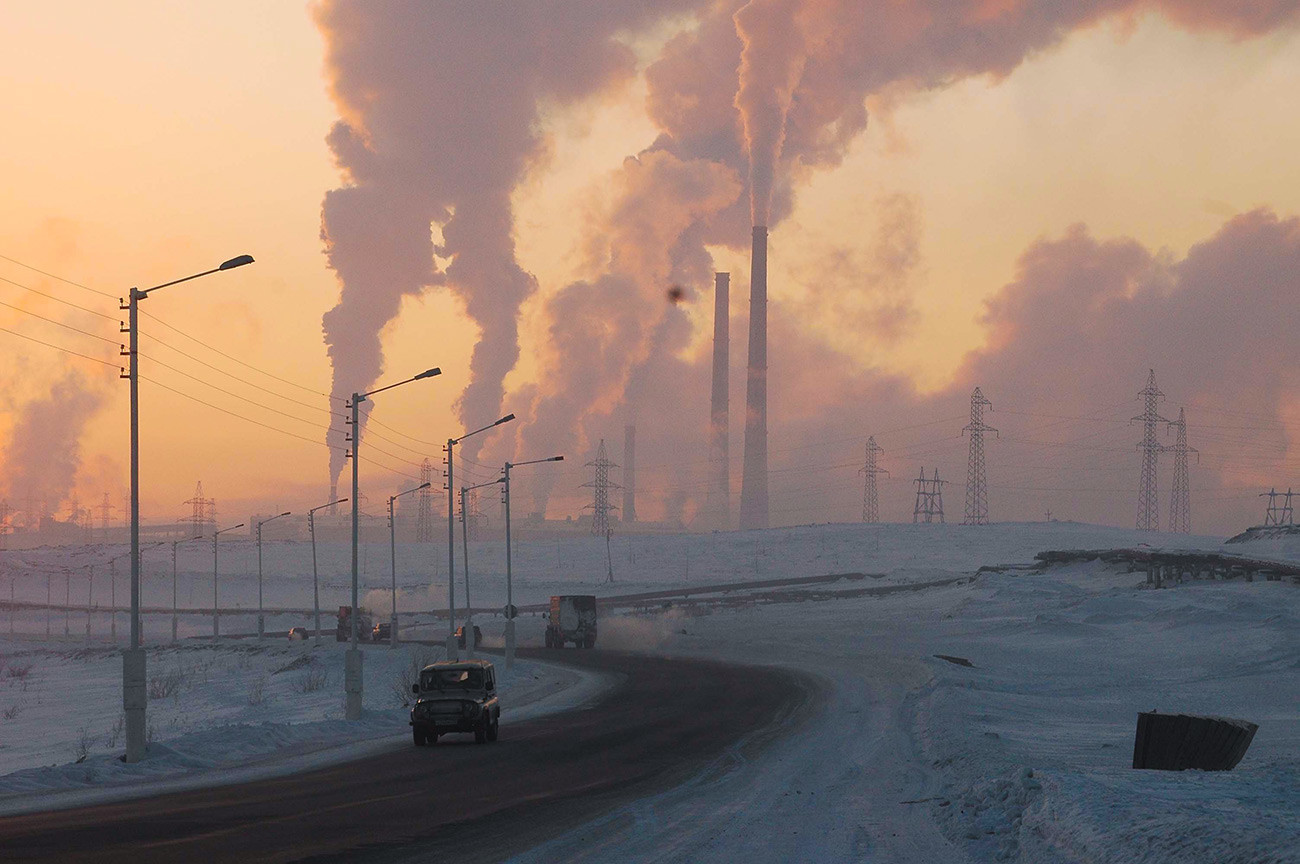 In Norilsk, a local youth center used to hold group therapy sessions to combat seasonal depression. The last was in 2017. Lectures are held annually in Murmansk too. Also in Murmansk, light structures are installed before the polar nights arrive to compensate for the lack of light.

Russia Beyond sent inquiries to the Norilsk administration and the Health Ministry of Murmansk Region about the number of people suffering from seasonal depression and the methods used to combat it.

Not just a northerly infliction

Alexandra, a grade 11 student, got a nasty tickle in her throat on her way home. It happens every time the local factory pumps out harmful gases, which means very often. She is used to it now, and thinks that consulting a doctor would be pointless. Worse, she gets suicidal thoughts at least several times a month. After school, she often does nothing except lie on the floor and stare at the ceiling.

“Ordinary yards, several schools and kindergartens, a factory. Two churches, one chapel. People here are simple. They’re not bad, just worn out. But where are people not worn out?” is how Alexandra describes Karabash, her hometown with a population of 11,000 in Chelyabinsk Region.

According to Green Patrol, a Russian social organization, the region is annually listed as one of the dirtiest in Russia. There are black mountains of scorched vegetation, rust-colored streams, and red earth — all because of the local copper plant that pours out huge amounts of harmful stuff. 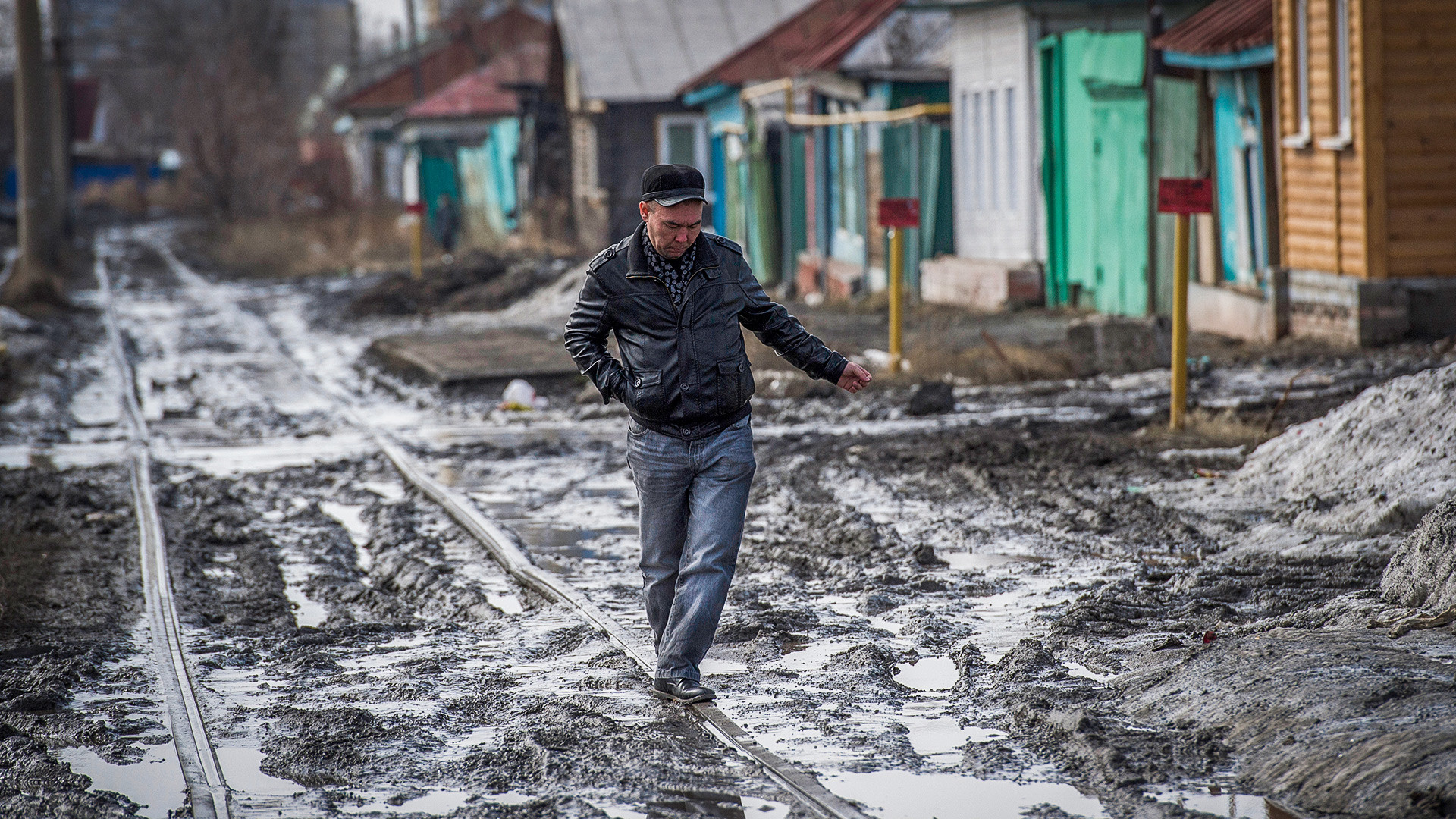 The gray and dull weather also contribute to her depression, Alexandra says. All that saves her are church services, as well as the less polluted mountains, forests, and lakes a few kilometers from the city.

“Going to mass helps restore spiritual harmony. And getting outside the city and seeing the enchanting views relieves the glumness and makes you want to live again,” she asserts.

Another resident of Karabash, 20-year-old electrician Maxim does not describe his condition as depression, rather as moodiness. The last bout came about two months ago. It can last a couple of months to a year, he says. 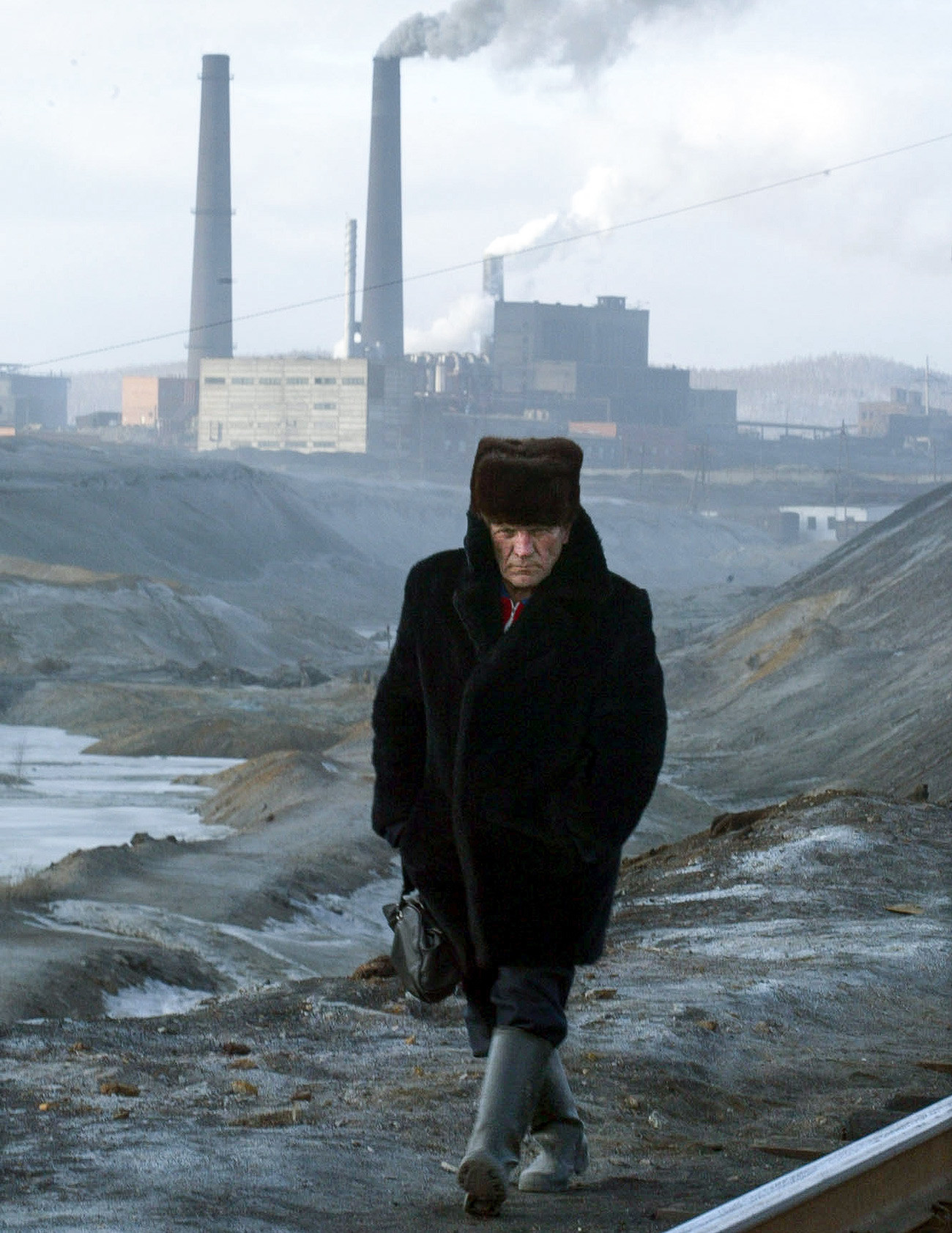 “It manifests itself as a total lack of emotions and the desire to end this life. All my free time is spent listening to music,” Maxim explains his mood over the past months.

He is sure that “the process of living and the situation in the world” are the cause. When asked how he fights it, Maxim looks puzzled.

“How can you fight your own self? Why fight anyway? We do more than just survive here, we get by. Like in other provincial cities in Russia,” he concludes.