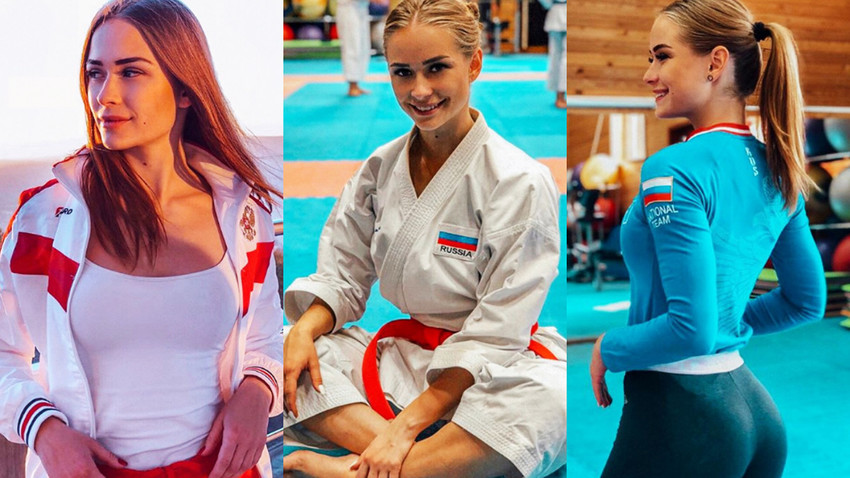 Maria Zotova
This young woman has proven that martial arts are not just for macho men.

In December 2019, the news that karate practitioner Maria Zotova was allegedly taken into custody, after using excessive force to fend off two men who had harassed her, caused a stir on the Russian internet. One of them then allegedly died in hospital.

One of the reasons the story provoked a public outcry was because it is difficult to associate the girl's appearance with violence. In any case, the story turned out to be fake news.

But the fake report only ignited more interest in the young athlete: “Charming and dangerous karate girl” and “Karate hottie” were just some of the admiring headlines by various media outlets.

Maria was born in Klin in Moscow Region and has been practising karate since the age of 10 under the sympathetic guidance of her father. Now, at 20, she already has an official ‘Master of Sport’ title, holds a black belt and is a member of the top line-up of the Russian national karate team.

Maria was invited to join the national team in 2017 - the coaches had noticed her budding talent at the Russian Students Sport Union karate championship.

In 2018, as a member of the women's team, Maria won bronze at the World Karate Championships in Madrid and, in 2019, she picked up gold in the individual category at the U21 Russian national karate championships.

Maria travels a lot, and she loves the city of Sochi, where the national team often holds its training camps. Incidentally, her Instagram account already has more than 37,000 followers.