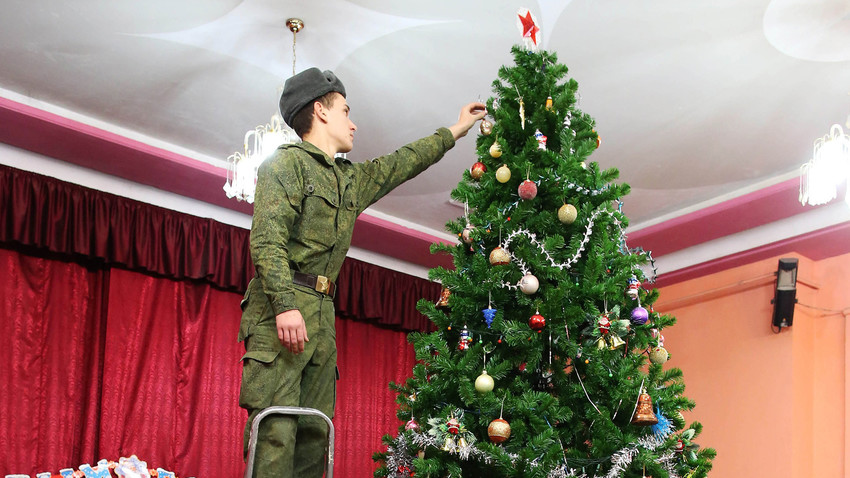 Igor Zarembo/Sputnik
On New Year’s Eve, if you happen to be in the Russian army, you’ll have to run through snowdrifts in a hazmat suit among a dozen other traditional competitions. Maybe then the top brass will let you put your feet up.

Defending the Motherland 24/7 is the army’s main tradition, no matter how pompous it sounds. No holiday can ever be important enough for all personnel to be relieved from combat duty and allowed to let their hair down.

But they are still human beings who deserve a well-earned rest from the barracks and the chance for some face time with loved ones. So only those who “distinguished” themselves during the year are selected for New Year duty.

“Distinguished” means those who managed to fall asleep on guard, turn up late for service, lose army equipment, mess up orders, etc.

On New Year’s Eve, they will have to march around the military unit with an automatic rifle at the ready, sit at the command station and track the flights of all aircraft in the vicinity, and guard military equipment and weapons. 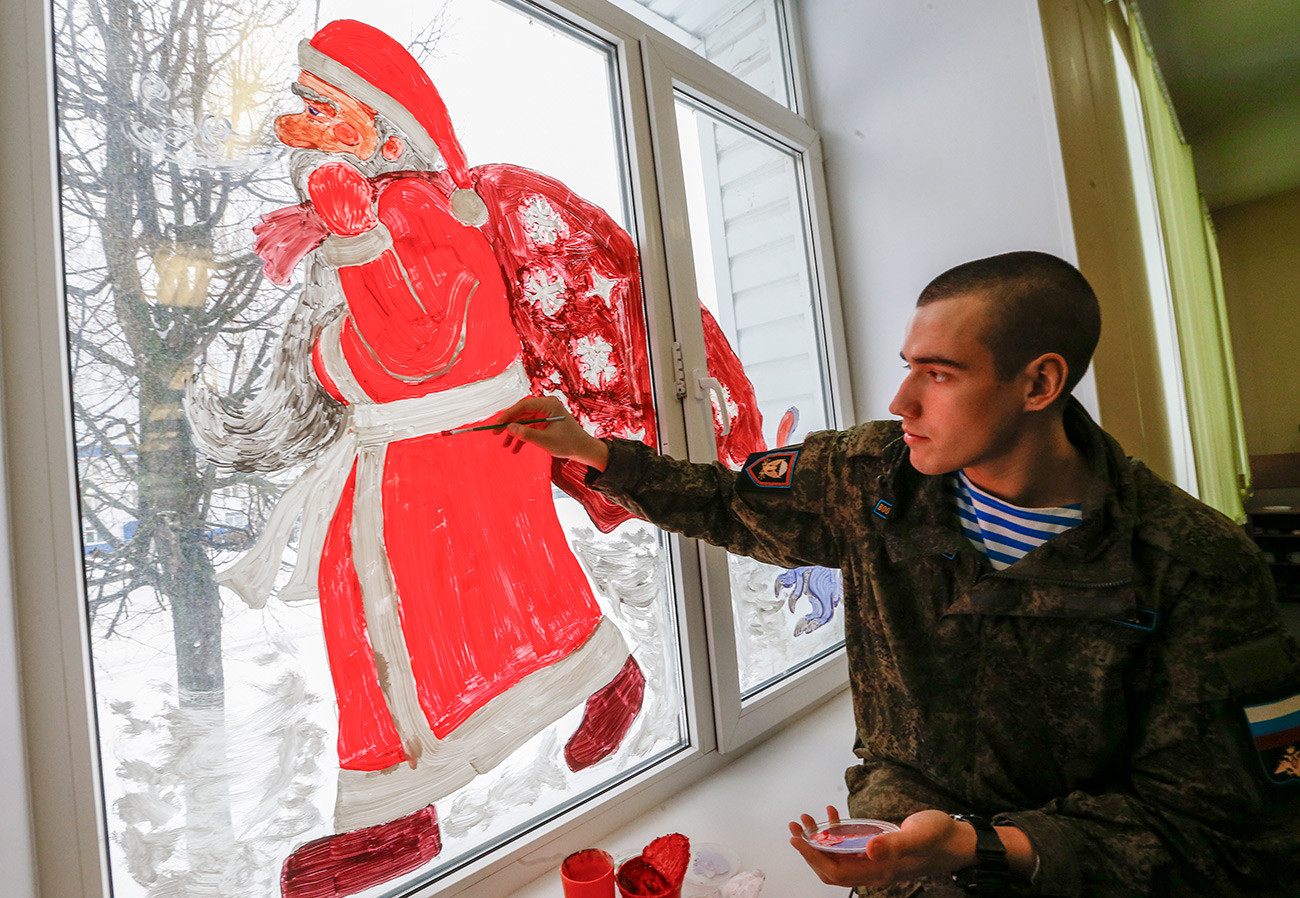 On New Year's Eve, soldiers in the barracks have few means of entertainment, so it’s necessary to improvise.

There are numerous on-the-spot army games, in which the main prize is usually cigarettes.

Not quite what you’d associate with soldiers trained to kill, but the passions run just as high. Especially when the main army currency is at stake, i.e. cigarettes.

Rules of the game: the unit leaders draw up a schedule of one-on-one matches; the winner receives a block of cigarettes.

Run in a hazmat suit

Remember HBO’s Chernobyl, in particular, the pale gray protective suits worn by the clean-up workers? A similar suit is carried folded-up in the belt of every Russian army suit.

The task is to put it on as quickly as possible, together with gas mask and army boots, and run one kilometer around the barracks. The race is complicated by the usually icy conditions, making the competitors move like elephants on skates as they strive for victory. 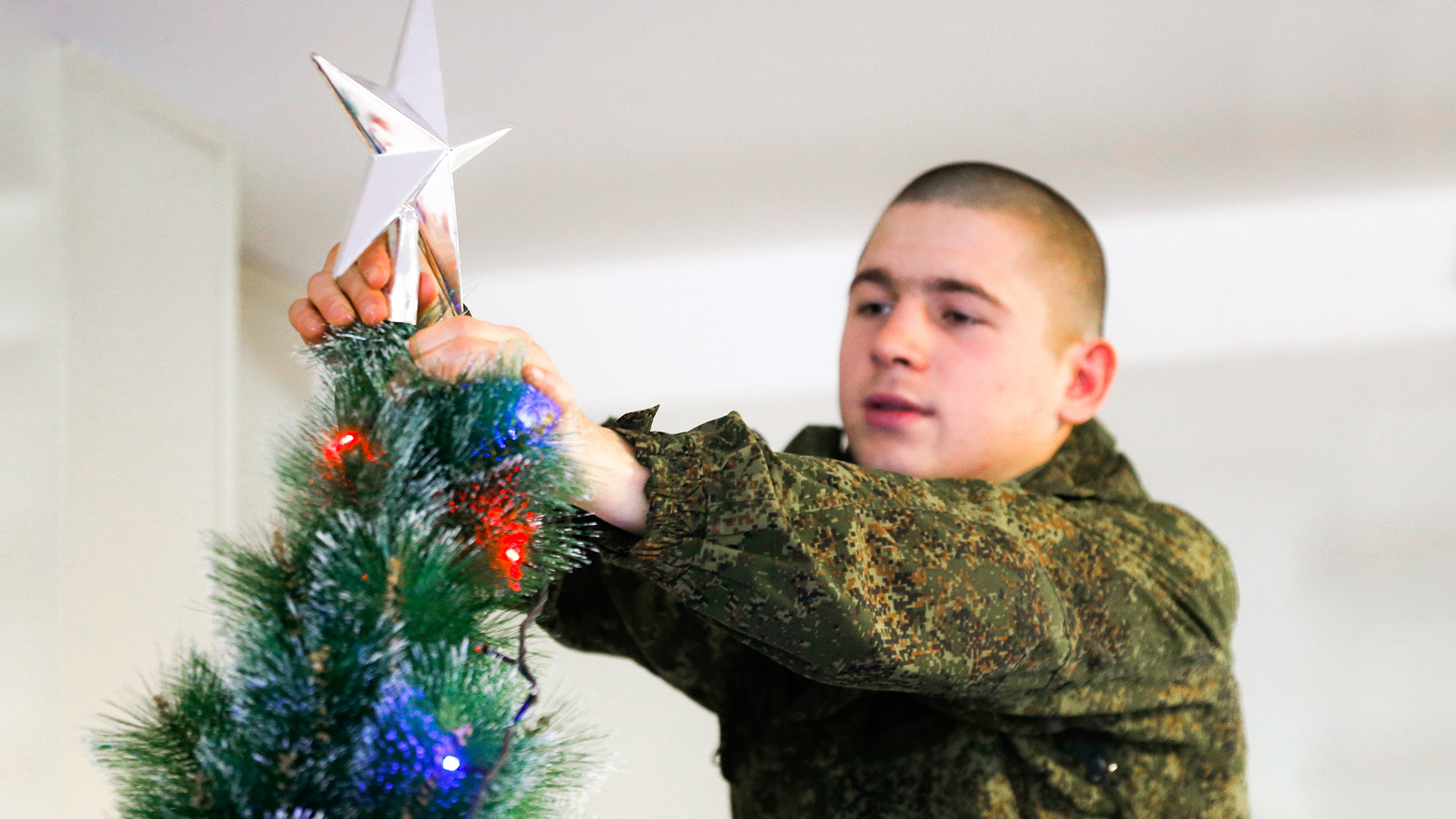 Tie a pencil to the belt with a string, and hit the neck of a bottle with it (not the catchiest name, admittedly)

This typical army “wedding” contest is a bit more intricate. Before getting down to business, the group of participants spins around 100 times dizzyingly quickly. The task is very raucous and lots of fun, because no one can stand up straight and everyone ends up lying on top of each other in a big heap. The first to come to his senses and hit the bottle wins the traditional block of cigarettes.

On New Year’s Eve, squats are done not individually, but with a hundred fellow soldiers all embracing each other. The last one not to be left hanging limply on the shoulders of his colleagues wins the coveted prize.

Everyone gets together in the barracks and reads letters from home out loud. The one with the most original New Year’s congratulations gets, yes, a block of cigarettes.