How to survive winter in Saint Petersburg: Advice from the locals 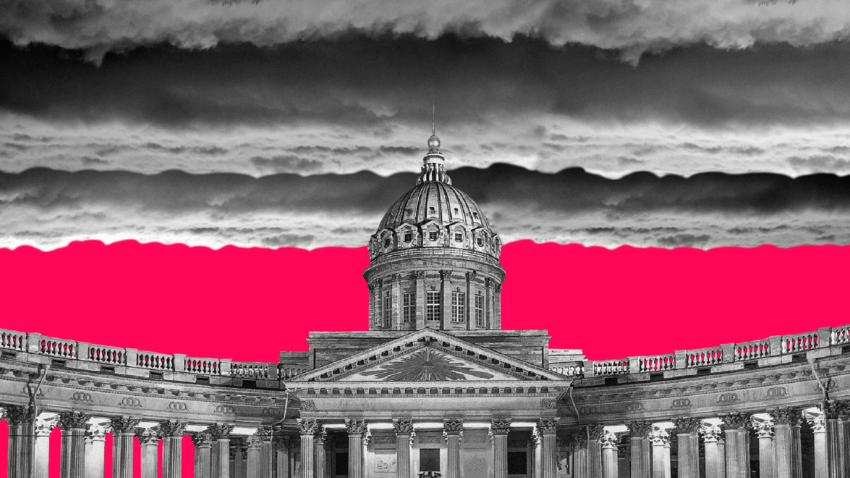 Irina Baranova
You’ll do plenty of walking in the vast open spaces of Russia’s freezing northern capital. But not all is lost. The locals are on hand with survival tips - and cursing lessons - to help you deal with the cold.

When people ask me about winter in Saint Petersburg, I don’t think about it being cold (though it is) or wet (which it also is). No, the first word that always comes to mind is - dark. A short stint as a tourist in winter-time Saint Petersburg is a magical experience; you get to see sunrises and sunsets over a beautiful city in the span of just a few hours. At night, the city becomes a winter wonderland of narrow bar-studded streets and frozen canals to explore and enjoy. Yet, when you live there, it can feel like a game of survival.

I used to visit a bar called Bukowski’s, on Mokhovaya Street. Once I was there in winter around 7:00 PM, the dead of night, and we were staring up across the street as men smashed icicles off the roof. The sidewalk was cordoned off, a parked car below had been half-covered in an old mattress. People were skirting into the street, navigating the ice below and above, while keeping a keen eye out for Saint Petersburg taxis who, for the most part, drive like it’s a balmy spring day, and like maniacs.

A drunk man stood beside me, looking around. “This city is trying to kill us all,” he said. “If the ice doesn’t break your head open from above, you’ll slip and crack it on the sidewalk. Then the cold will get you if it hasn’t already! And...” - he looked up at the dark sky - “that is only if you don’t f*cking kill yourself first.” He threw his cigarette down and walked inside. My friend Ivan was with me, and said, “Russians can be so melodramatic.”

This is true: very few people die from falling ice in St. Pete, though it does happen. The taxi drivers, despite feeling like you’re in an action movie chase scene, often are very experienced in navigating the city’s winters. The cold will rarely kill you, and the darkness will only smother your soul a little bit. But the man had a point: you do have to stay vigilant. Also, don’t copy Russians. I’ve seen Russians from time to time strolling through the streets in January with sneakers or T-shirts on, never looking up or down. So, I asked some St. Pete residents to chime in on how they go about surviving the winter.

My friend Alexander works as a designer, and is often traveling from one café to another. He laughed and told me, “I’ve lived in the darker, snowier, icier, and colder place—Murmansk region, where I was born. And we, of course, don’t have bars there. Saint Petersburg residents can deal with all of this darkness and nasty shit outside the same way Russians always do when shit is happening around: drink.”

I asked, “Well, how do people deal with it in Murmansk, then?”

“Actually, people seem nicer and less sad there. Probably because there isn’t this constant gray heavy sky there. And, also, we had plenty of snow and the northern lights, so that it looked somewhat magical and not as depressing as St. Pete.”

It wasn’t the first time I’ve heard Russians describe the Saint Petersburg sky as heavy. Once when I told a Russian man named Slava, up visiting from Moscow that I loved Saint Petersburg, he said, “You love this! Look at this heavy-heavy sky. It is all of the despair! Come to Moscow, it’s better!”

My friend Ivan was with me then, too. He sighed and again told me, “Russians can be so melodramatic,” then he lowered his voice and added, “especially Muscovites.”

When I asked Alexander what he might recommend others to do to survive the Saint Petersburg winters, he said, “Not leaving the house until March works or April.”

My girlfriend, on the other hand, disagreed, she said, “I’ve lived here my whole life, and though I am still not sure how to survive, leaving the house isn’t a problem, you just need to hop.”

I thought that made quite a bit of sense, and I have been known to hop from place to place on long walks. Russians are often understanding and welcoming. It is not like some countries where if you stand in a door to warm up, someone will come and say, “Excuse me, sir, buy something or leave.” Russians understand. Also, pro-tip for Russia, everyone will let you use the bathroom without telling you that you need to buy something.

I have another friend. His name is Pasha, he didn’t have time to talk to me because he is the busiest man in the world as far as I can tell. He skis, snowboards, hikes, goes to festivals, and museums, and events. It’s never-ending. You’d think his Instagram belonged to twins. However, he did make me realize that the number one way to survive winter in Saint Petersburg is to take advantage of the culture.

There are seemingly endless performances, galleries, festivals, and events. Go to explore bars and restaurants at Golitsin Loft, Berthold Centre, Sevkabel Port or find out what the hell New Holland is. See a show at any number of incredible theatres around the city. There are over 100 museums in Saint Petersburg. You can hop from shop to shop and bus stop to bus stop, keeping warm and exploring all of the brilliant cultural gems around the city.

Indeed, the heavy gray skies and elongated darkness of Saint Petersburg can turn the bubbliest person a bit melodramatic. My friend Yara, who is one of the most fun-loving Russians I’ve ever met recently, told me, “All I want for the New Year is to survive.” And even my friend Ivan has been known to stare at the wall for hours when he should be doing work saying, melodramatically, “F*ck winter.” However, nearly everyone survives, and there are hundreds of things available to pass the time. Things like sitting by the light of a gray window, drinking vodka, and scrolling through Pasha’s Instagram in disbelief.